7 Most Powerful Dialogues from K.G.F Chapter 2

The sequel to KGF i.e KGF 2 is a film that tells the story of KGF in chronological order (Kolar Gold Fields). KGF Chapter 2 (also known as “KGF 2”) is an Indian Kanada Language Periodic Drama film starring Yash and featuring Sanjay Dutt, Srinidhi Shetty, Raveena Tandon, and Prakash Raj releasing on April 14, 2022. It’s a sequel to KGF, which was released in 2018. Prashanth Neel wrote and directed K.G.F: Chapter 1, a 2018 Indian Kannada-language period action film produced by Vijay Kiragandur under the name of Hombale Films. It is the first of two cinematic series, the second of which being K.G.F: Chapter 2. The movie consists of power punch dialogues and therefore we have a list of 7 Powerful Dialogues from K.G.F Chapter 2.

Rocky is played by Yash, and Garuda is played by rookie Ramachandra Raju. Srinidhi Shetty, Vasishta N. Simha, Achyuth Kumar, and Malavika Avinash play supporting roles in the film, which is narrated by Anant Nag. The film was a commercial success, generating a total of 250 crores during its theatrical run, breaking the record for the highest-grossing Kannada film of all time and becoming a cult hit.

Here are the most badass and powerful dialogues from K.G.F Chapter 2: 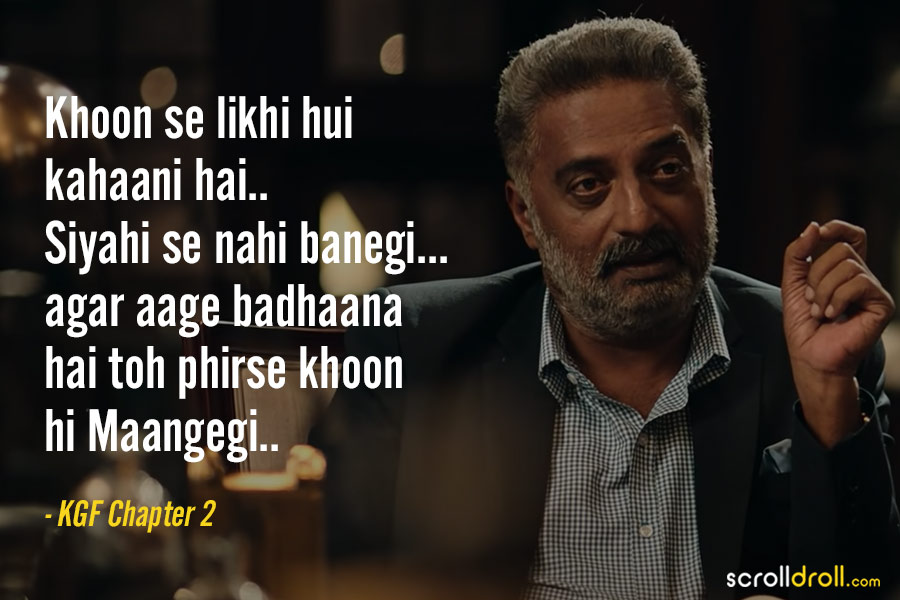 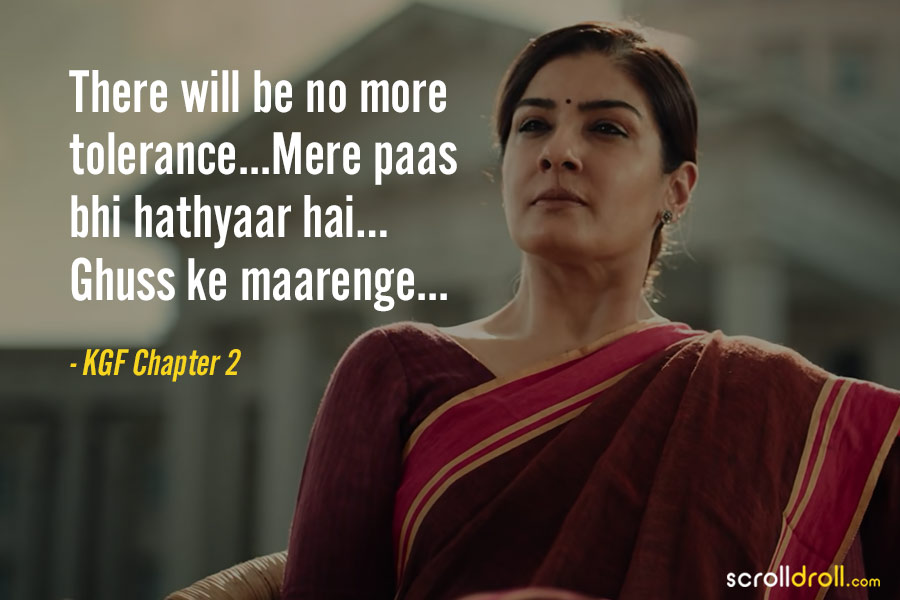 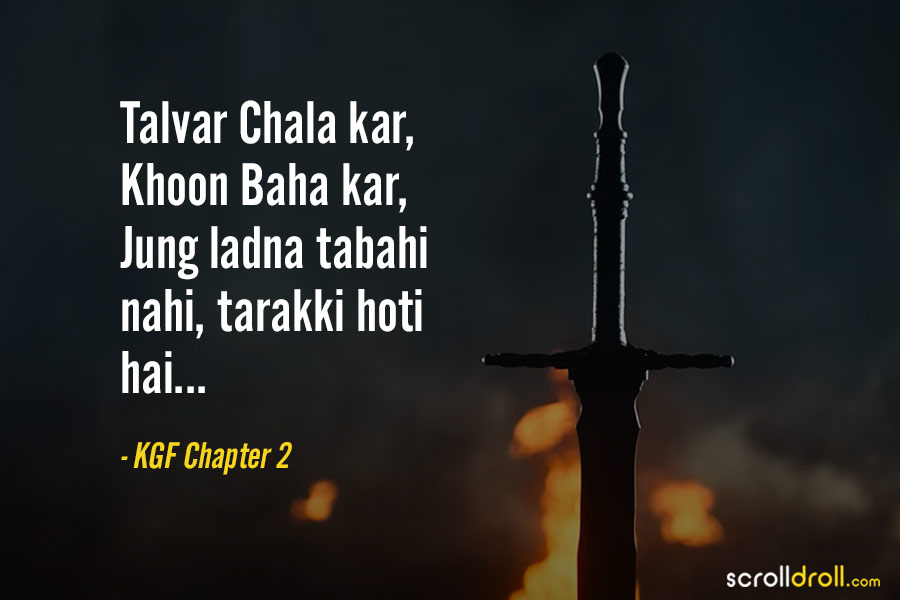 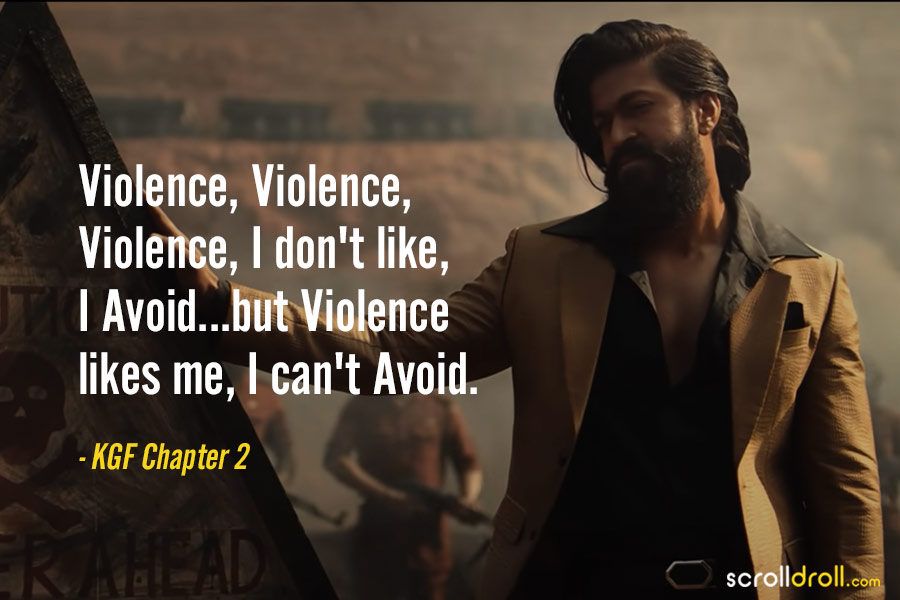 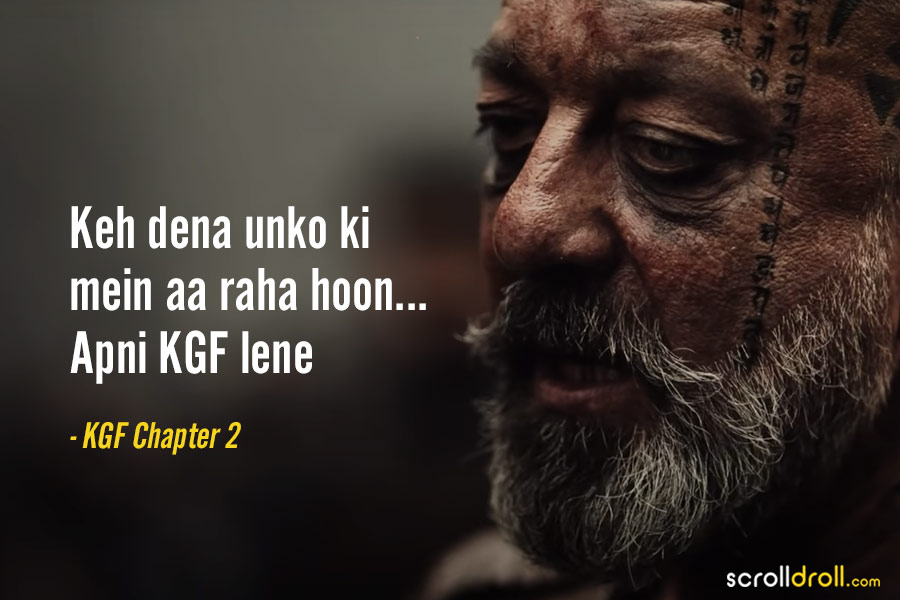 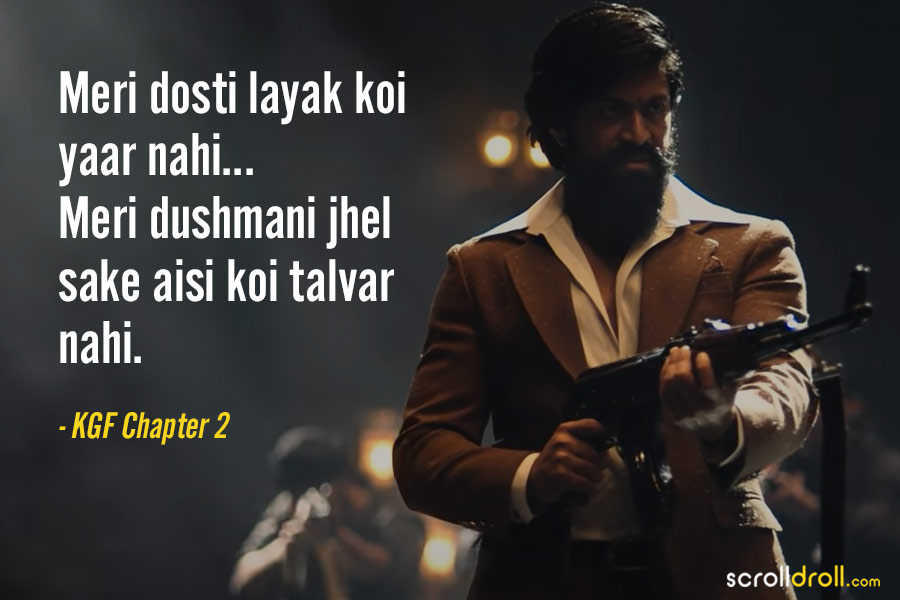 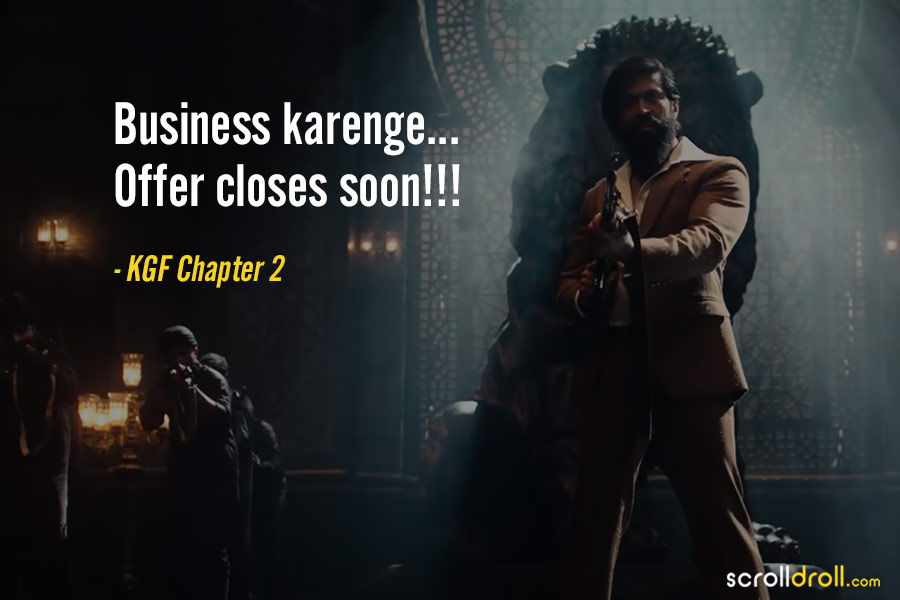 KGF Chapter 2 is a must-watch movie after the success of KGF1.  Also, tell us which  Powerful Dialogues from K.G.F Chapter 2 you loved the most after watching the movie in the comment box!