15 Pranab Mukherjee Quotes About His Vision & Idea Of India

From serving as a clerk in his younger days to serving as the President of India, Pranab Mukerjee is one of the stalwarts of Indian politics whose political career has spanned for over five decades. A man known for his phenomenal memory and strong number crunching skills, Pranab Mukherjee Quotes reveal his idea and vision of India.

Pranab Da began his political career in 1969 with his election as a Rajya Sabha member and never looked back. He is one of the very few politicians who has held several key portfolios in the cabinet including Defence, Finance, External Affairs and also the Leader of the House in Rajya Sabha and Lok Sabha before becoming the President of India.

We bring you some of the best Pranab Mukherjee quotes over the years.

1. I have seen vast, perhaps unbelievable, changes during the journey that has brought me from the flicker of a lamp in a small Bengal village to the chandeliers of Delhi. 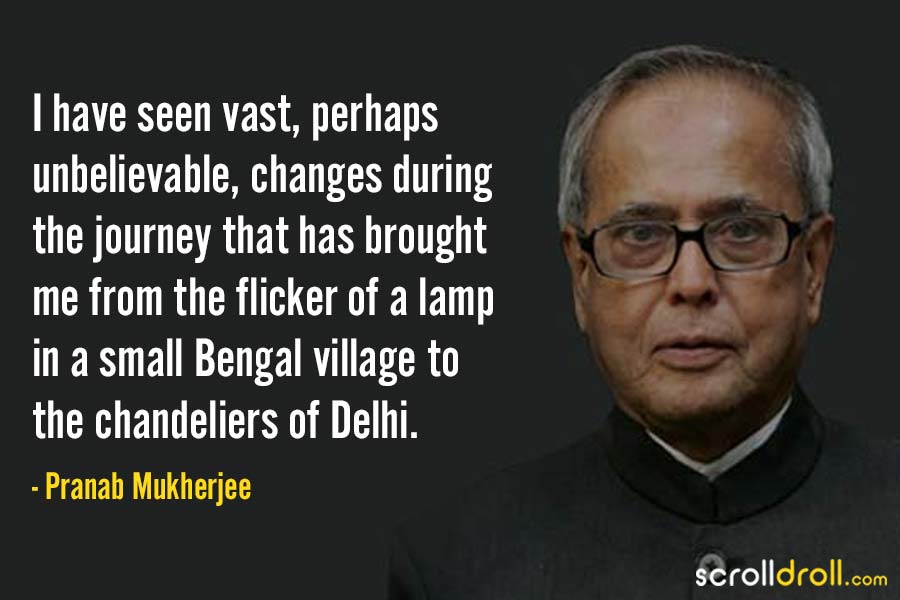 2. There is no humiliation more abusive than hunger. 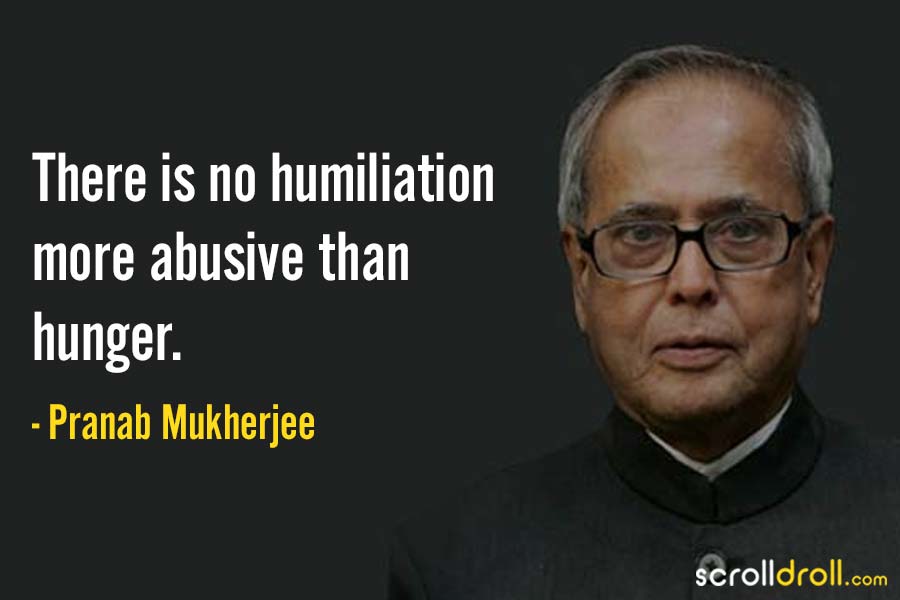 3. The fact remains that secularism is inherent in the Indian system, in the Indian ethos and culture. India cannot but be secular. 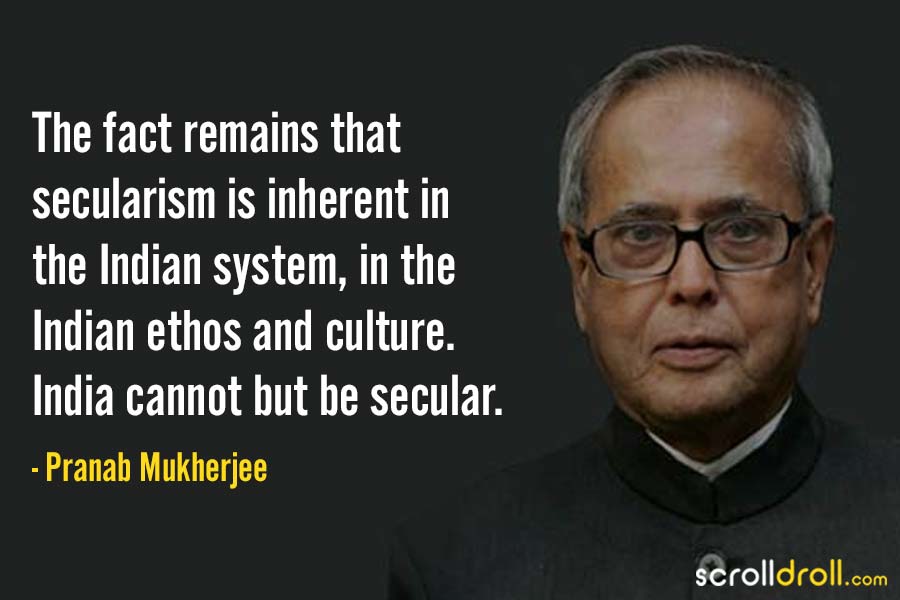 4. No problems are ever resolved by violence. It only aggravates the pain and the hurt on every side. 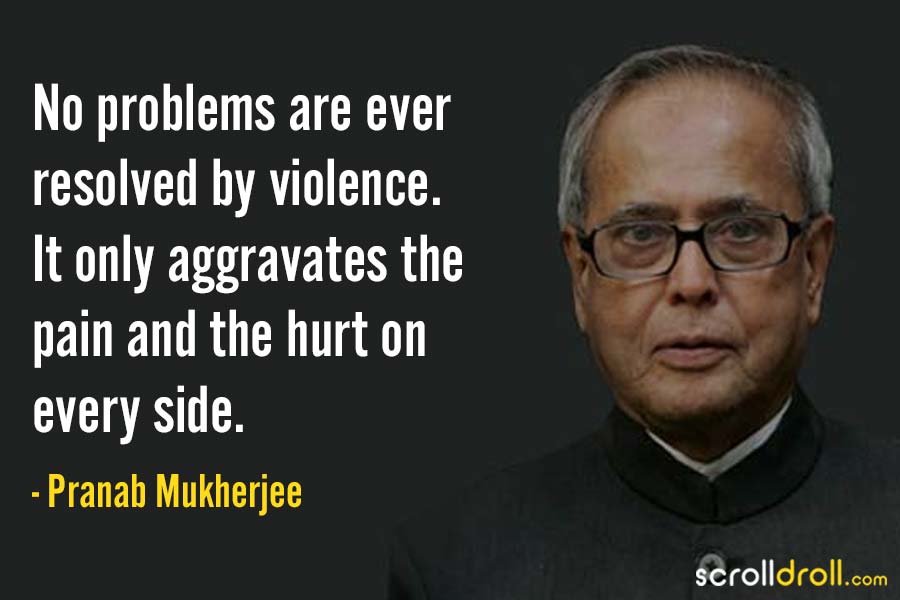 5. Hatred and intolerance will only lead to dilution of our national identity. 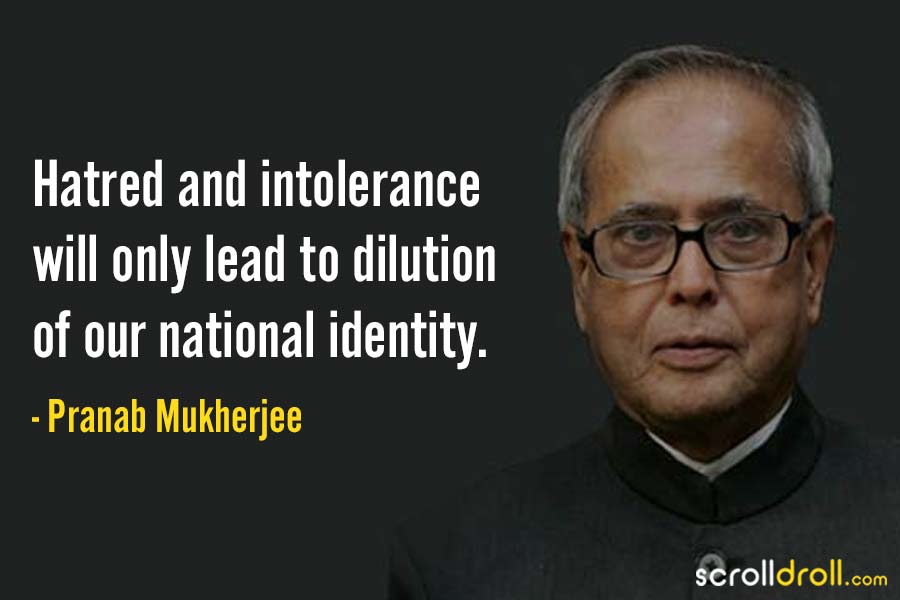 6. Our national identity has emerged after a long drawn process of confluence and assimilation, the multiple cultures and faiths make us special and tolerant. 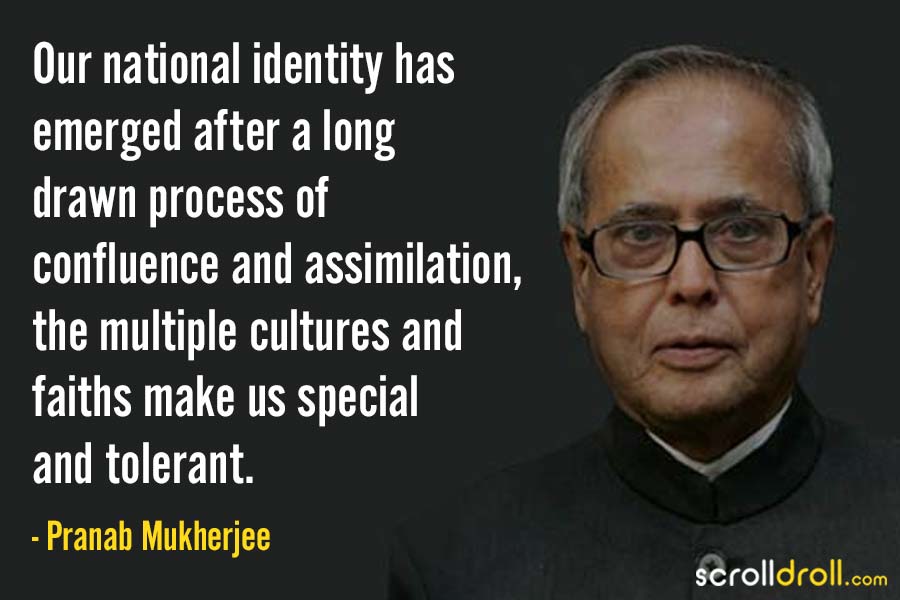 7. Soul of India resides in pluralism and tolerance. This plurality came with assimilation of ideas over centuries. Secularism is a matter of faith for us. 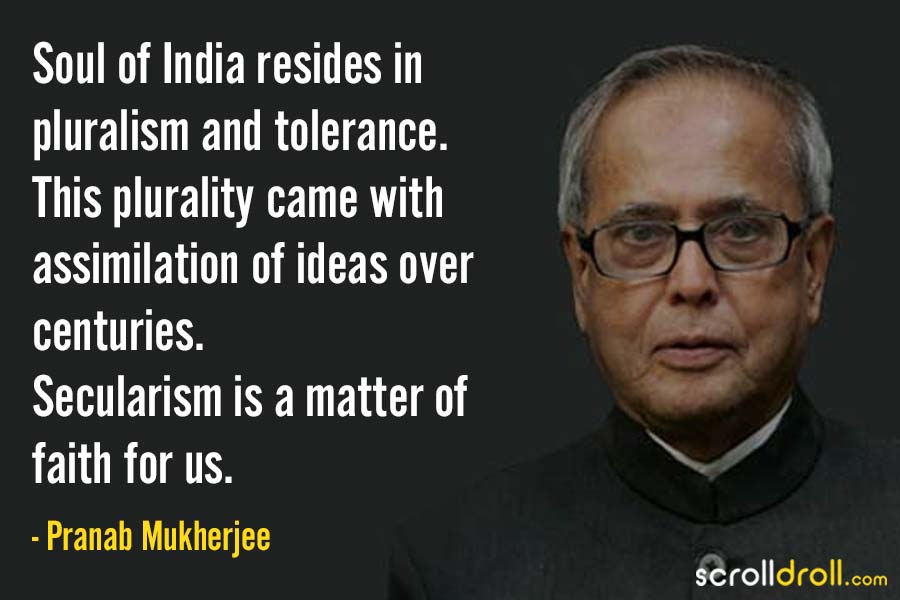 8. Every time a child or woman is brutalized, the soul of India is wounded. 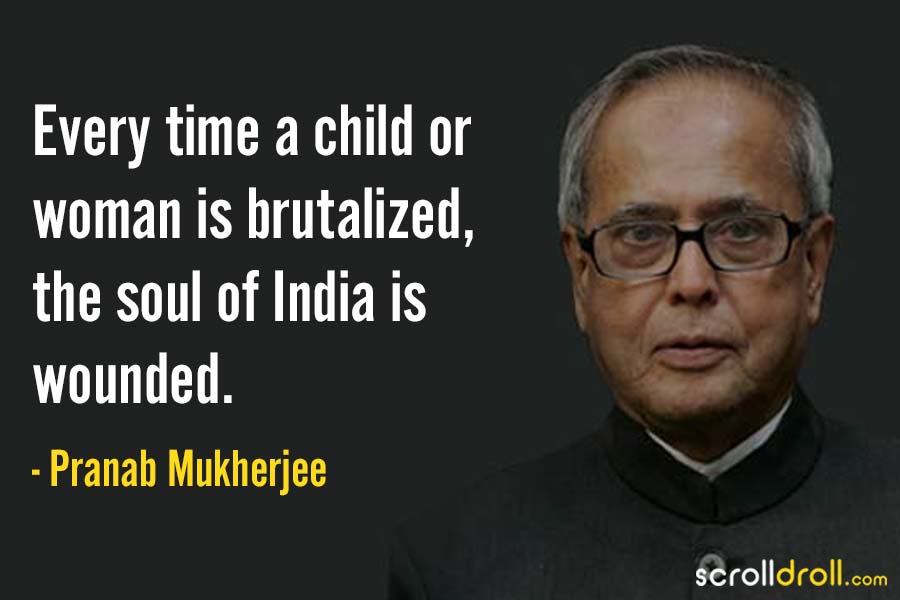 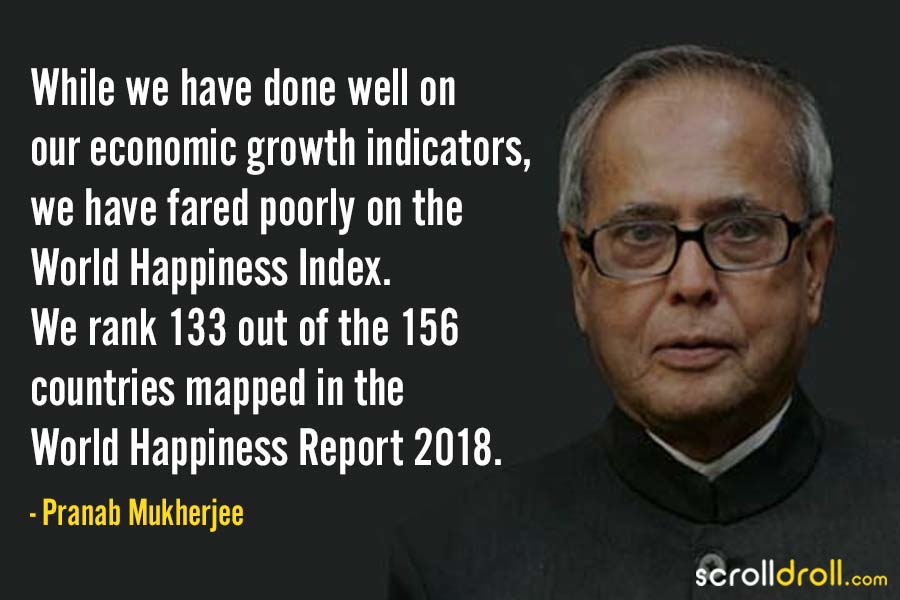 10. India is a land of plenty inhibited by poverty; India has an enthralling, uplifting civilization that sparkles not only in our magnificent art, but also in the enormous creativity and humanity of our daily life in city and village. 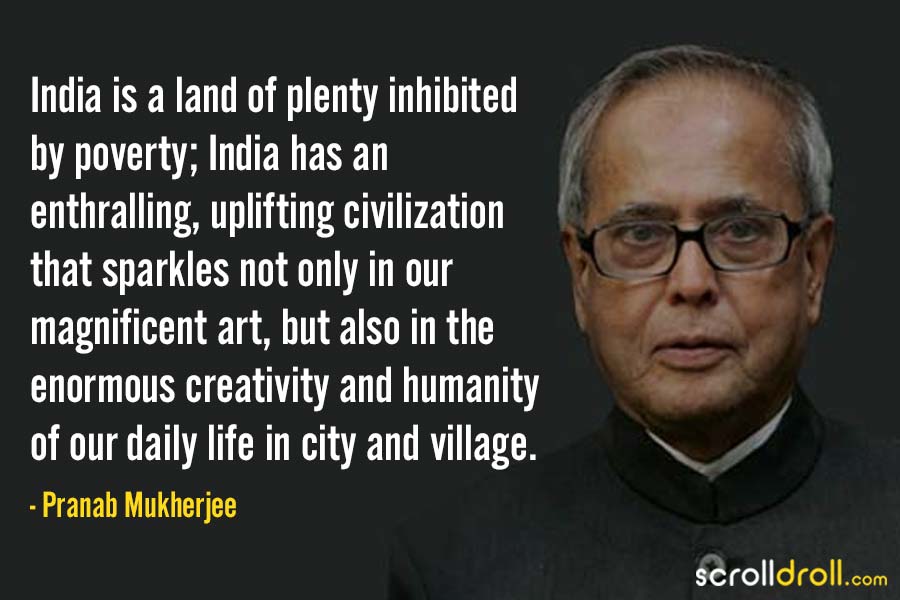 11. It is when you stand by a person in his or her hour of crisis that you reveal your own humanity. 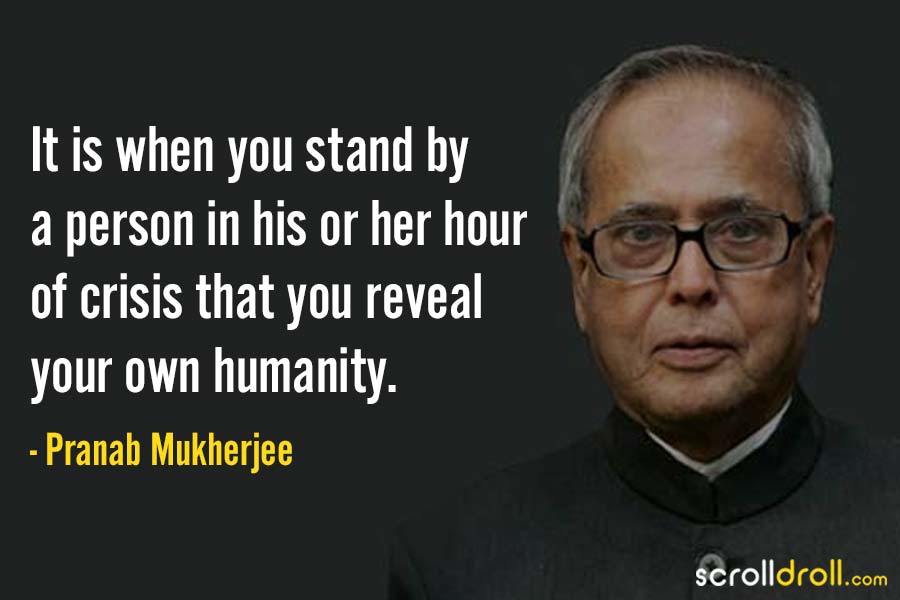 12. Science, education, research and innovation are the four pillars on which the development as well as the work culture of a nation rests. Scientific temperament cannot happen unless we improve the delivery of education at all levels. 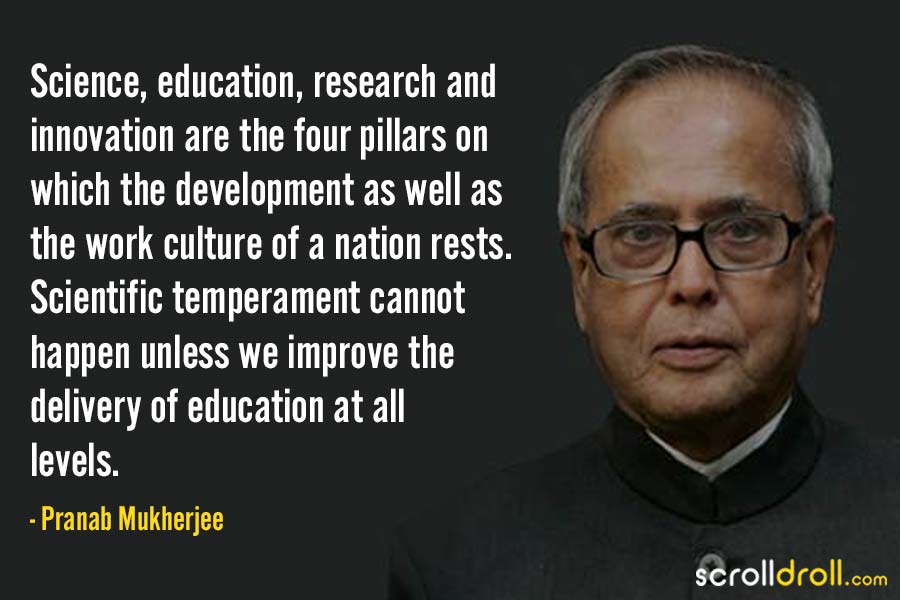 13. It is our composite culture which makes us into one nation. India’s Nationhood is not one language, one religion, one enemy. It is the ‘Perennial Universalism’ of 1.3 Bn people who use more than 122 languages & 1600 dialects in their everyday lives, practice 7 major religions, belong to 3 major ethnic groups – Aryans, Mongoloids, and Dravidians live under one system, one flag and one identity of being ‘Bhartiya’ and have ‘No Enemies’. That is what makes Bharat a diverse and united nation. 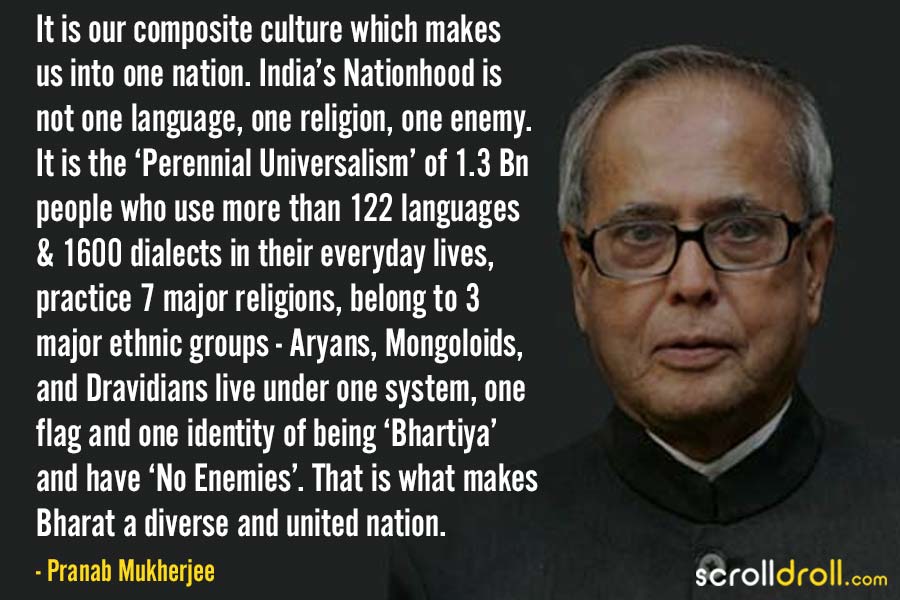 From strengthening Indo-Us ties and mobilizing the world against Pakistan after 26/11 attacks to working on reforms in the Indian economy in early 1980s, Pranab Mukherjee has been an underrated leader who has worked relentlessly for nation building. Pranab Da’s long association with his ancestral village in Bengal even after becoming the President Of India reflects his humility and position as leader connected to his roots in rural India.

Which of these Pranab Mukherjee quotes was the most impactful? Do let us know in the comments below.