PTSD in Male Vs Female

Researchers have noted some interesting differences between male and female sufferers of PTSD. 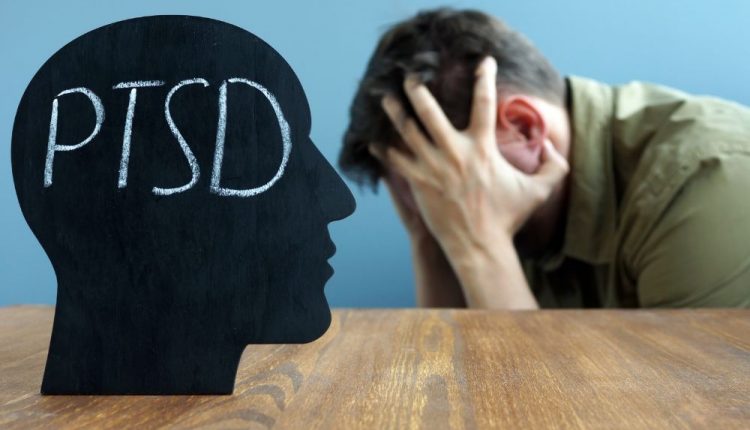 The statistics show plenty of data that helps the researchers move forward over time but some conclusions are already here – PTSD and traumatic experiences go more with women than with men.

One difference that was particularly striking was that female sufferers had a longer amygdala response when exposed to familiar negative material.

The aftermath of a rape can be devastating and debilitating.

PTSD symptoms can include increased arousal, trouble sleeping, hypervigilance, and avoidance. These symptoms can last for years. They may also lead to physical problems such as headaches and fatigue.

Researchers have confirmed the psychological toll that a rape can have on an individual. They conducted a National Women’s Study to compare rates of mental health issues among rape victims and non-victims.

They found that rape victims were significantly more likely than non-victims, to experience these conditions. In particular, one-third of rape victims develops posttraumatic stress disorder.

This condition can be extremely debilitating and has been associated with an elevated risk of suicide and other serious mental illnesses.

According to the National Sexual Violence Resource Center (NSVRC), 20 percent of women will experience a rape at some point in their lifetime. Men, on the other hand, are less likely to be victims of rape.

Women who are raped, however, are much more likely to develop PTSD within two weeks. The high rate of PTSD among women is not associated only with rape experience, but also with a number of factors, including culture and gender roles.

Symptoms of PTSD may include disrupted sexual relationships, impaired sexual function, or hypersexuality. Many victims of rape experience anxiety and depression, and a fear of social situations.

In cases of rape-induces PTSD, some victims develop specific fears related to the assailant’s characteristics, such as violent fantasies and aversion to strangers.

While studies of female rape have shown an increased incidence of PTSD, few systematic studies have explored the relationship between rape and PTSD in male victims.

Male victims of rape also face additional challenges and may be more likely to use substances as a form of self-medication. A comprehensive treatment plan for PTSD should address the issues related to substance abuse.

Women Are More Likely To Blame Themselves For Their Trauma

Women have been found to be more likely to blame themselves for a traumatic experience than men.

The reasons for this seem to include gender socialization and the prevalence of victim blaming.

This tendency to blame one’s own behavior is common among survivors of sexual abuse and other forms of trauma. Studies show that 75% of survivors report intense feelings of guilt, which increases the risk of developing PTSD. These victims are also more likely to develop depression. Many are forced to cope with depression and PTSD simultaneously.

The root cause of this phenomenon is not clear, but it is often linked to abuse. In many cases, the abuser is a loved one who was obligated to protect the victim.

Society also contributes to this – It teaches victims that the abuse could have been avoided and this reinforces the victim’s tendency to blame herself for the trauma.

Ultimately, victim blaming is detrimental to victim recovery. It reduces the chances of victims reporting their crimes and makes it harder for predators to be prosecuted. It also reinforces predatory attitudes and allows the perpetrator to avoid responsibility for their actions.

Further, victim blaming causes unnecessary pain and suffering for the victim. It also leads to the creation of toxic self-blame, which can lead to more trauma.

There are few studies that have examined the neural substrates for self-blame in adult sexual assault survivors. However, one study suggests that self-blame is associated with an increase in GMV in the lingual gyrus and with the lingual-fusiform rs-FC.

The findings indicate that these areas are likely to play an important role in self-blame and PTSD.

The amygdala is an area of the brain important for the creation of affective feelings.

These results are related to a gender-based mechanism and risk for developing PTSD.

Complementary And Alternative Medicine For PTSD

Complementary and alternative medicine for posttraumatic stress disorder is a growing field of treatment options.

Several forms of therapy have been shown to be effective, including cognitive processing therapy, prolonged exposure therapy, and pharmacological medications. These therapies have helped veterans and civilians cope with life-changing trauma.

However, no one therapy has been proven effective for everyone, so it is important to seek a combination of treatment options.

Researchers have looked at the evidence supporting the use of CAM for PTSD in a systematic review. Most studies included subjects who had experienced a range of traumatic events, including war, natural disaster, sexual assault, and abuse. The studies were conducted on both male and female subjects, and the majority used biofeedback or other forms of mind-body therapy.

Yoga is another option that may help people with PTSD. Yoga helps a person relax their body and calm their nervous system.

Many people suffering from PTSD have an overactive sympathetic nervous system, which triggers the fight-or-flight response. Through yoga, the nervous system is soothed, allowing it to focus on healing instead of identifying and responding to danger.

Therapy is an important part of the recovery process for those with PTSD. Psychologists often use a combination of talk therapy and medication to treat PTSD.

However, each person’s treatment journey is unique and may require different treatments. Ultimately, it is best to find a treatment option that suits your needs.

Meditation is another technique that can be helpful for those with PTSD. It can help a person focus their mind and develop a more heightened awareness of themselves and their surroundings.

This can reduce the stress-induced trauma that can contribute to PTSD. In particular, mindfulness meditation is a popular form of meditation that aims to help people stay grounded and focused in the present moment.

There are several studies that have shown positive effects of CBD for PTSD.

Most of these studies involved patients who had undergone standard psychiatric care and who were taking CBD supplements.

Cannabis is a natural substance, and it is known to have beneficial effects on a number of mental disorders, possibly including PTSD. It is also naturally calming and soothing overall.

People with PTSD have difficulty socializing and coping with daily life. They may also have problems with learning and working. Depression is a common side effect of PTSD and can make it even more difficult to work, learn, or relate to other people.

PTSD patients’ brains are hypersensitive, so bottled-up feelings can result in outbursts of rage or violent reactions. These people tend to withdraw from the world and isolate themselves from their loved ones, making it difficult to live a normal life.

PTSD is a serious condition that can have a profound effect on a person’s life. If you or someone you know is struggling with PTSD, it is important to seek help from a mental health professional. There are several treatment options available, and with proper care, most people with PTSD can lead happy and productive lives.

Seven Places To Visit Outside India This Holiday

How to pick the right golf club?