Will Smith, born on September 25th, 1968 in a middle-class Philadelphia family, has been dubbed “the most powerful actor in Hollywood” by Newsweek. He is a four-time Grammy Award-winner who has also been nominated for two Academy Awards and four Golden Globe Awards. Will Smith’s extraordinary journey to fame and stardom began at a young age when he became a millionaire through his rapping career before the age of 21 hence inspired by his life we have a collection of quotes by Will Smith about changing your life and giving your best every time.

Will Smith has a successful track record that everyone would admire. He’s one of the few performers who has had major success in three separate areas of entertainment: television, music, and movies. He began his career as a rapper in the 1980s under the name The Fresh Prince, with limited success, but he swiftly shot to popularity after starring in the TV series Fresh Prince of Bel-Air.

Here is a collection of 20 Quotes by Will Smith that inspires you to try your best.

Also Read: 14 Best Dialogues From The Pursuit Of Happyness That’ll Inspire You!

1. Exploring your natural talent and working on it for success

The separation of talent and skill is one of the greatest misunderstood concepts for people who are trying to excel, who have dreams, and who want to do things. The talent you have naturally. The skill is only developed by hours and hours and hours of beating on your craft. 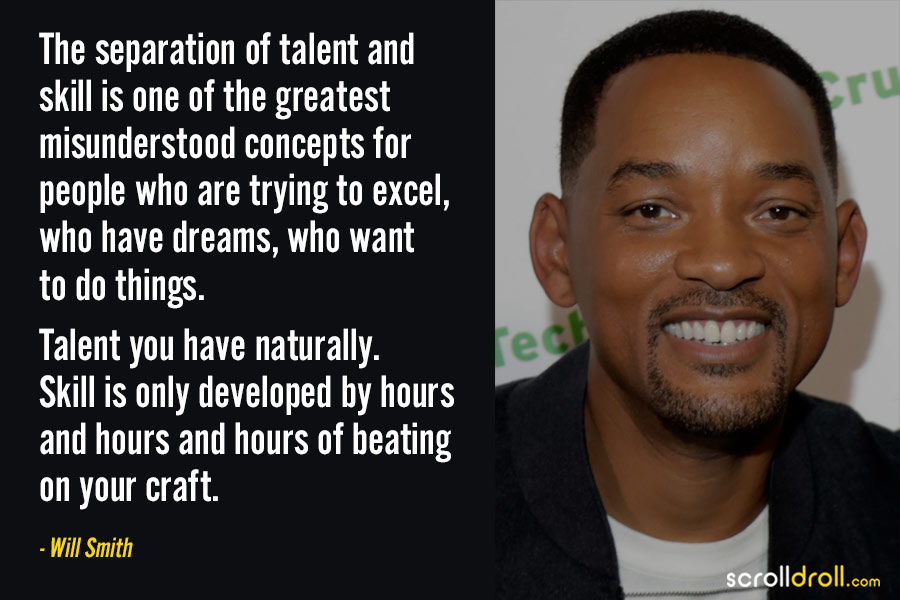 2. Believe in yourself, don’t let others judge you 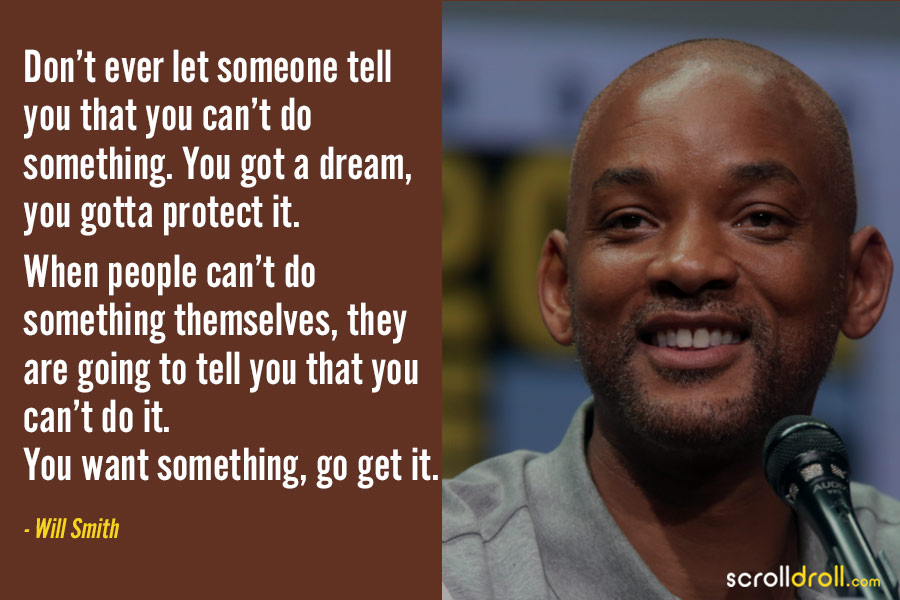 3. Amplifying life with money and success.

Money & success don’t change people; they merely amplify what is already there. 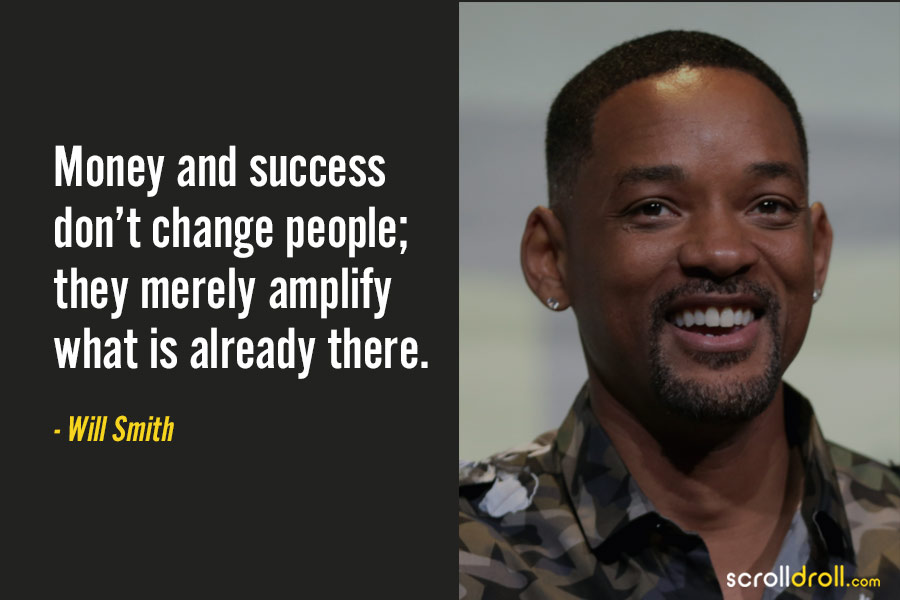 4. One of my favourite quotes by Will Smith.

There’s no reason to have a plan B because it distracts from plan A. 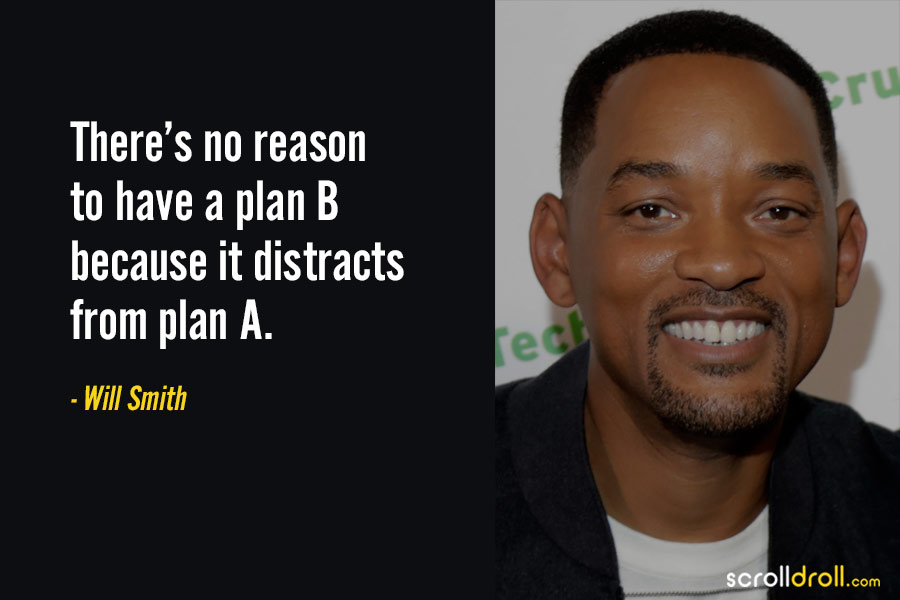 5. Make yourself capable of inspiring others.

Don’t chase people. Be yourself, do your own thing, and work hard. The right people, the ones who really belong in your life will come to you & stay 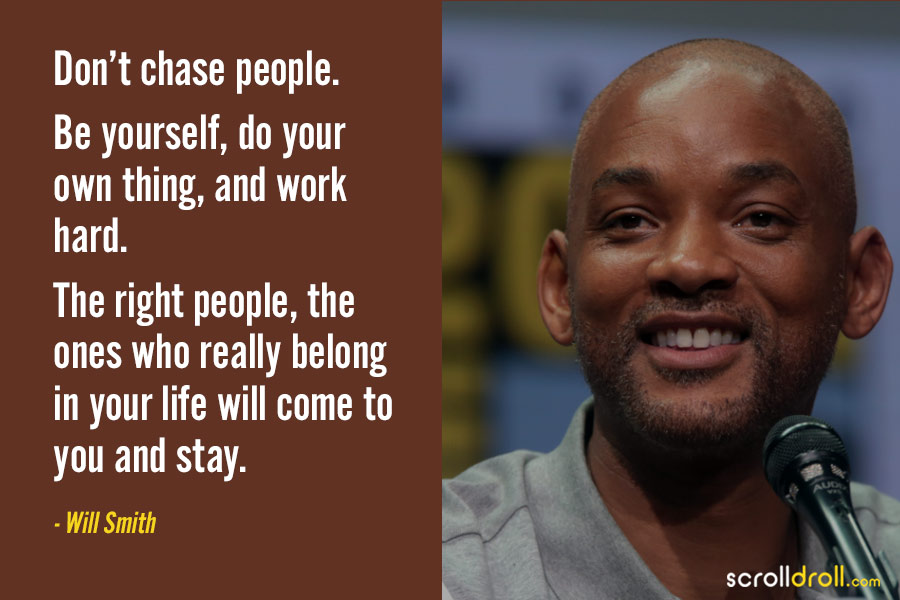 6. Working on your weakness and be proud on your strength

I’ve trained myself to illuminate the things in my personality that are likable and to hide and protect the things that are less likable. 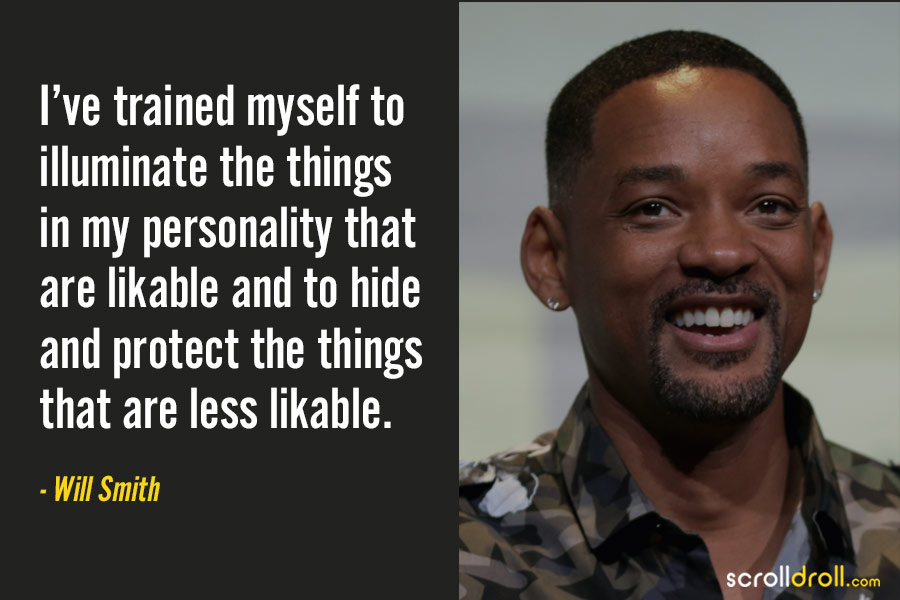 7. Giving your best but not worrying about the results. 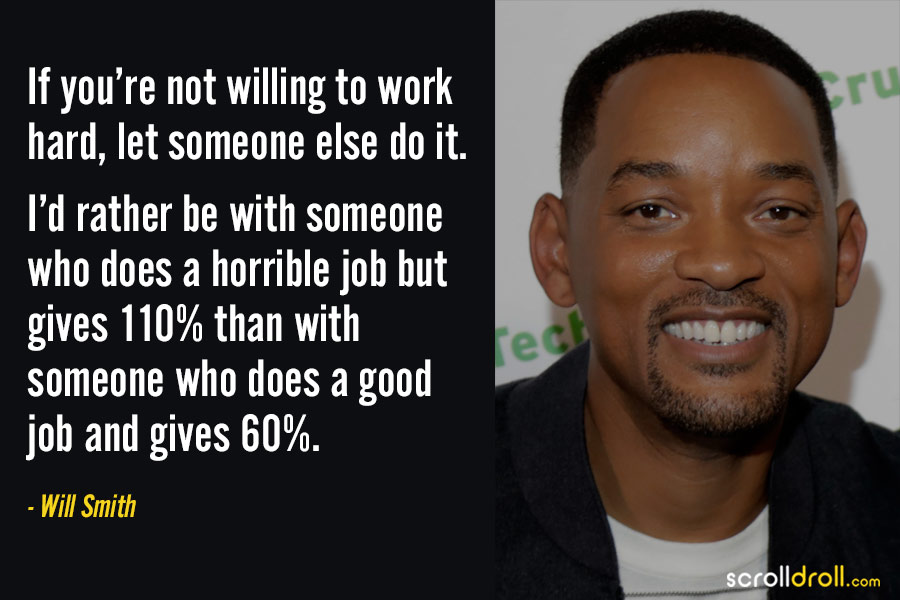 8. Not just yours also take responsibility for the success of others

I want the world to be better because I was here. 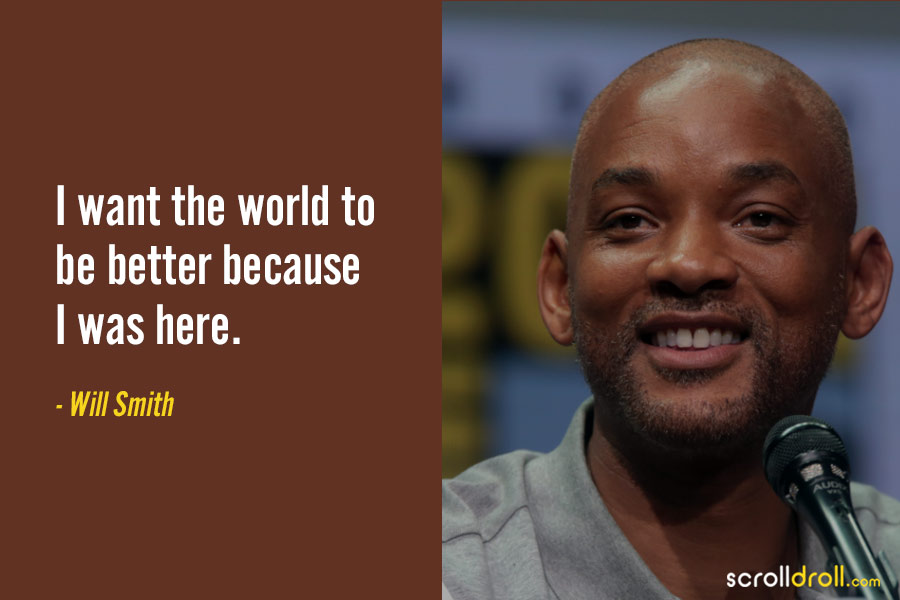 9. Showing off, a human nature

Too many people spend money they haven’t earned, to buy things they don’t want, to impress people they don’t like. 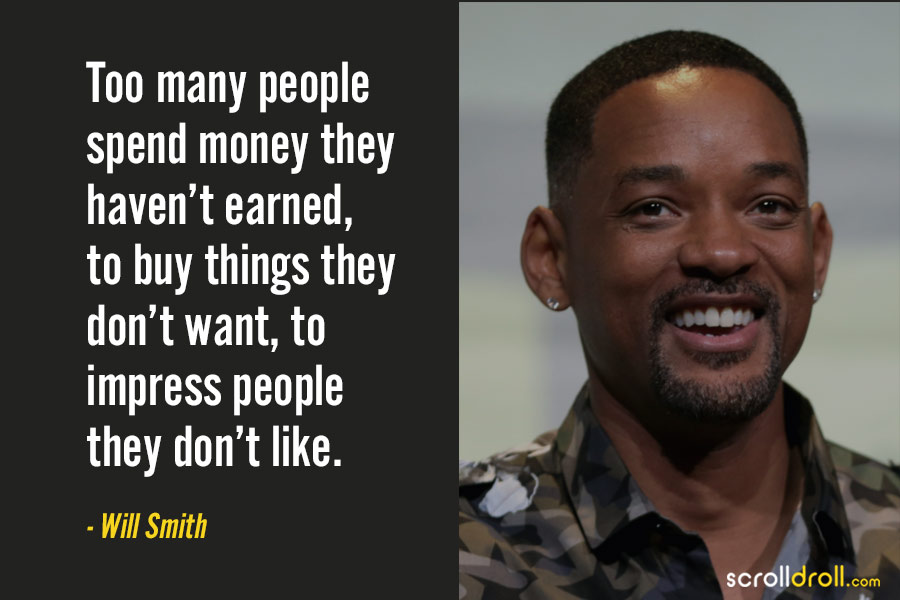 10. Fear is just thought of the future

Fear is not real. The only place that fear can exist is in our thoughts of the future. It is a product of our imagination, causing us to fear things that do not at present and may not ever exist. Do not misunderstand me danger is very real, but fear is a choice. 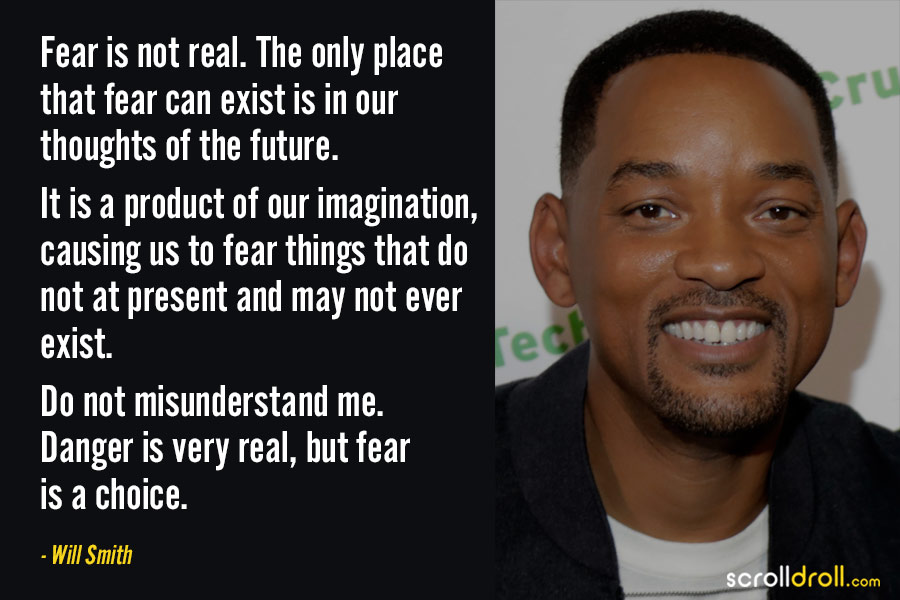 I wake up every morning believing today is going to be better than yesterday. 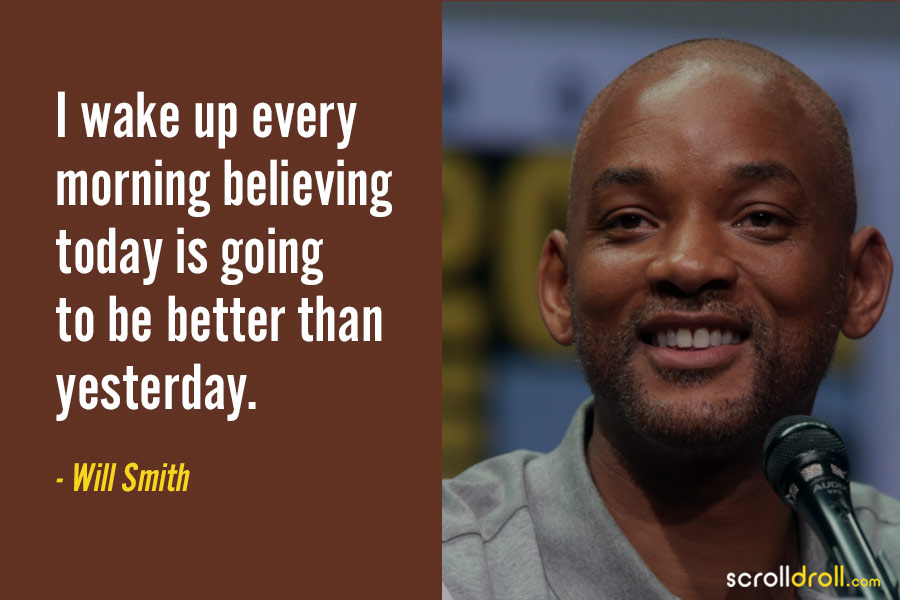 12. Everyone is good in their own way

Greatness exists in all of us. 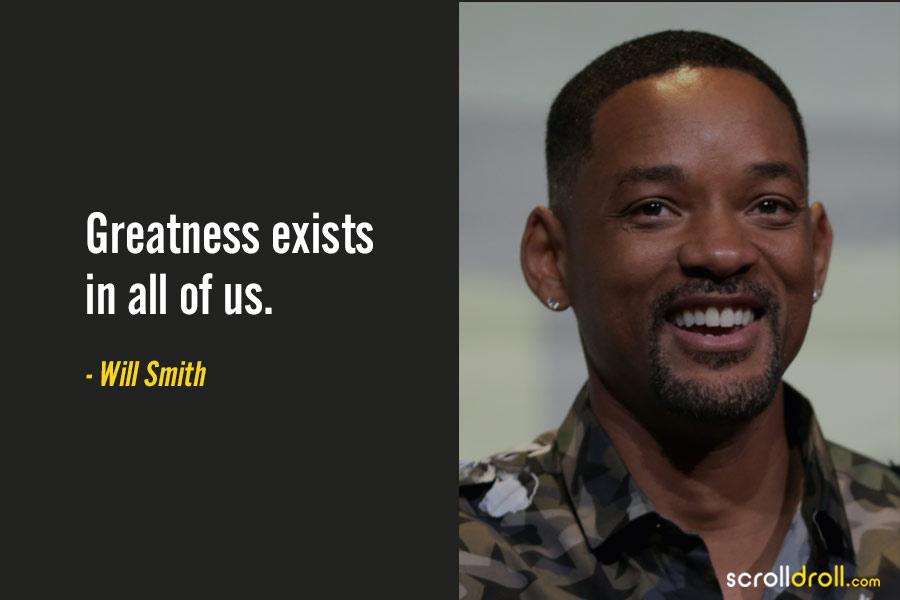 Greatness is not this, wonderful, esoteric, elusive, god-like feature that only the special among us will ever taste. Do you know? It’s something that truly exists, in, all of us. It’s very simple, this is what I believe, and, I’m willing to die for it. Period. It’s that simple. 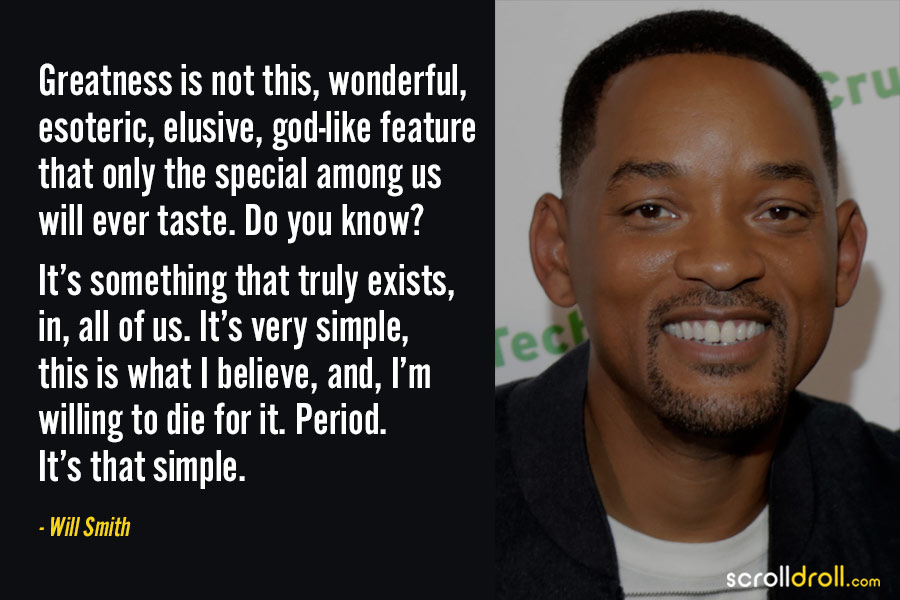 Stop letting people who do so little for you control so much of your mind, feelings & emotions. 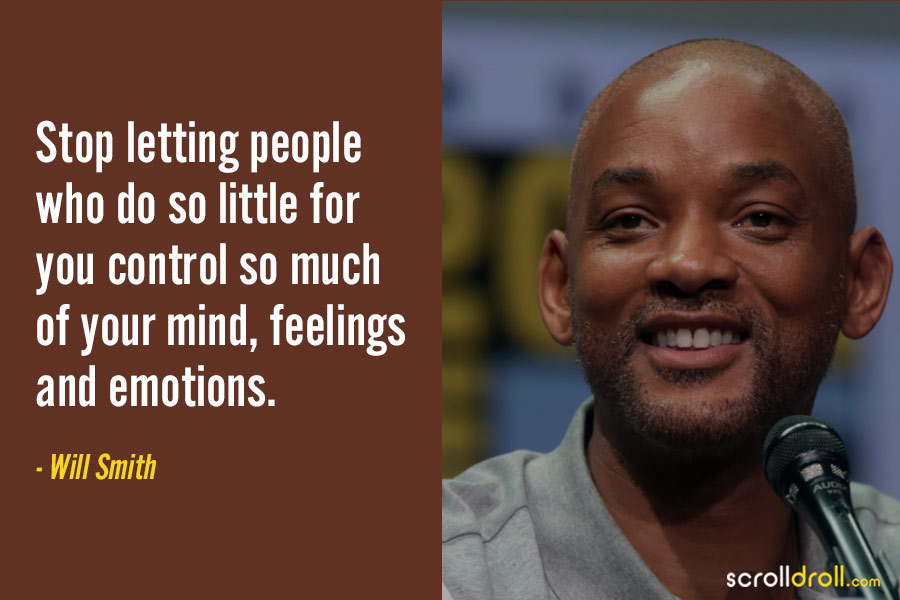 15. Most important quality of life is being realistic

Being realistic is the most common path to mediocrity. 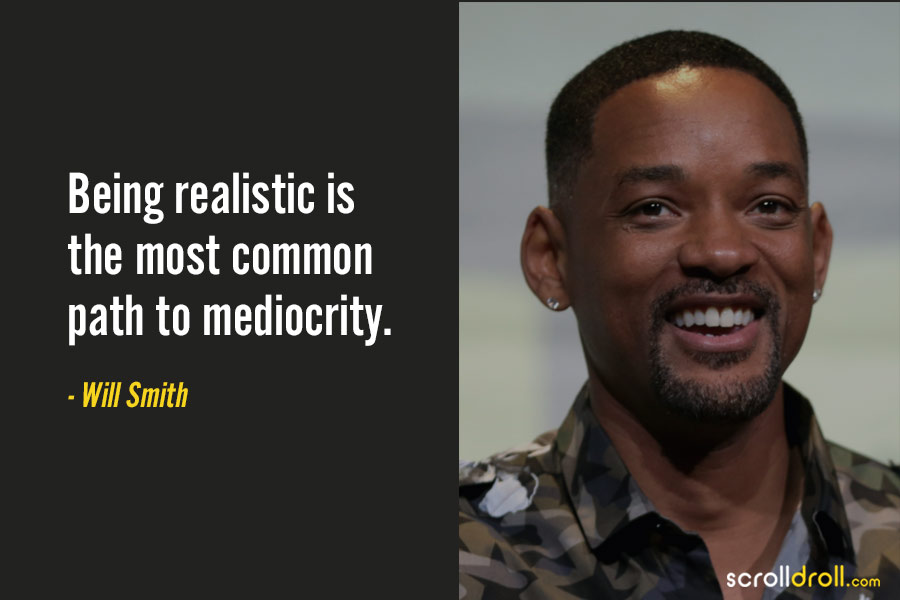 16. Improving yourself by learning from your closest ones

Look at your 5 closest friends. Those 5 friends are who you are. If you don’t like who you are then you know what you have to do. 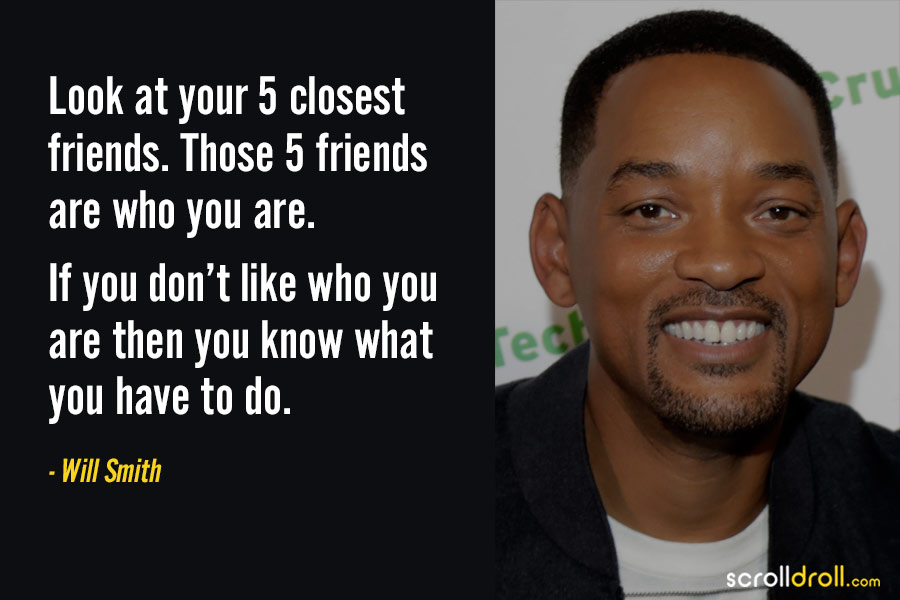 17. A bittersweet feeling of success

It’s quite highly possible that I have peaked. I mean, I just can’t imagine what else I could do beyond this. It’s really a bittersweet kind of feeling. 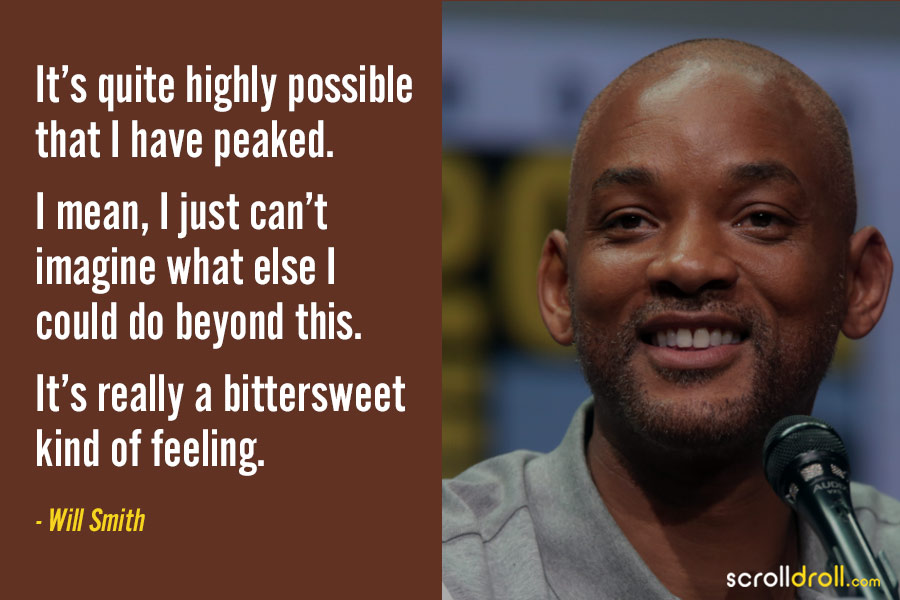 18. Make yourself such a great artist, so the world waits for your art.

When you create art, the world has to wait. 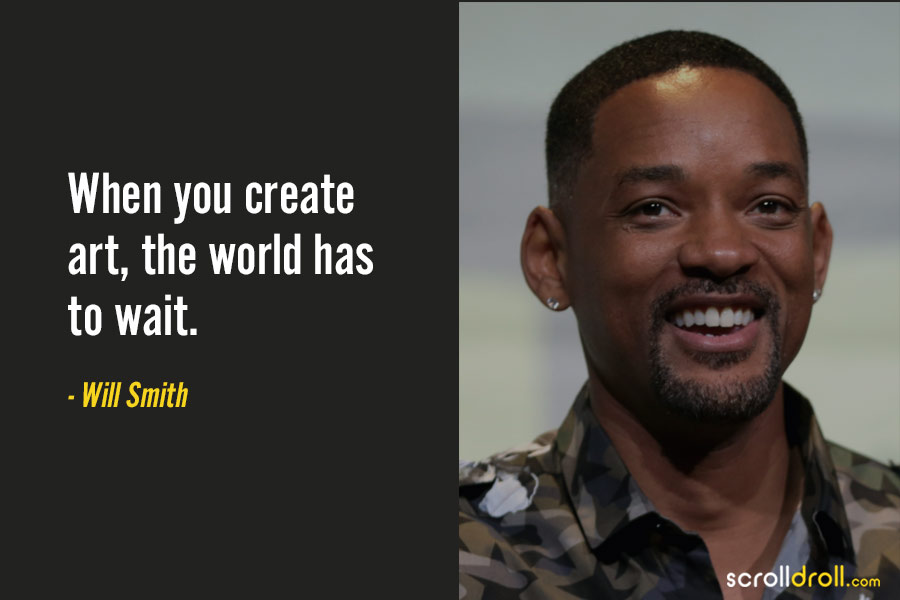 19. Everybody knows how to enhance oneself

I know how to learn anything I want to learn. I absolutely know that I could learn how to fly the space shuttle because someone else knows how to fly it, and they put it in a book. Give me the book, and I do not need somebody to stand up in front of the class. 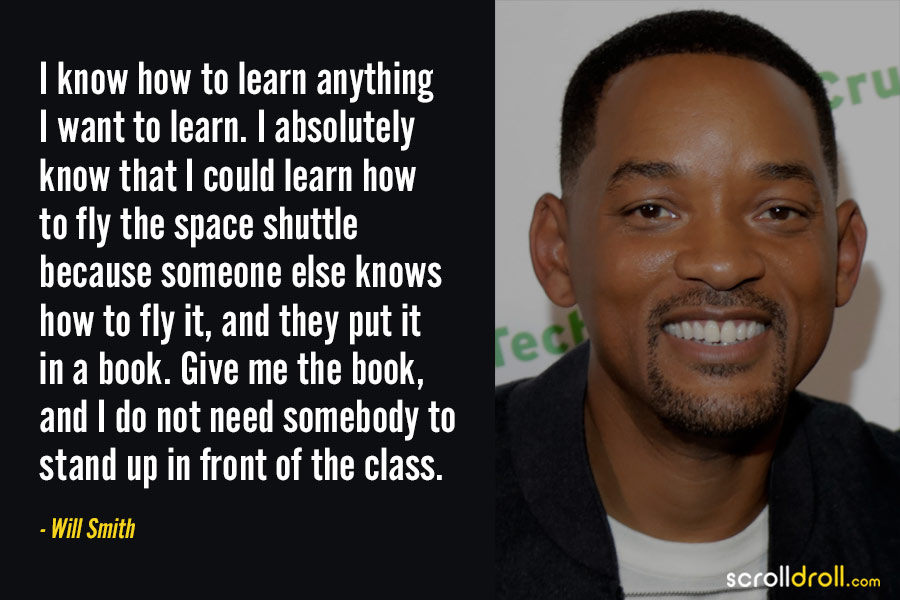 20. Smile: a solution to every problem

Smiling is the best way to face every problem, crush every fear, and hide every pain. 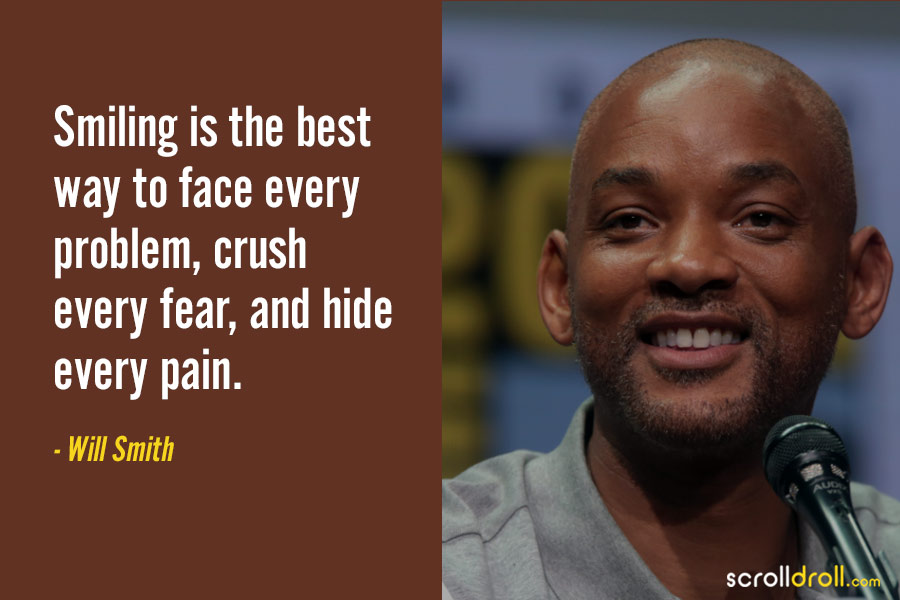 Which of these Quotes by Will Smith did you find the most hard-hitting? Do let us know in the comments below!

20 Inspirational Quotes by Leonardo Da Vinci About Life and Art

18 Places to Visit in East India