One of the top rated TV Series across the internet and social media, Chernobyl is based on the 1986 Chernobyl disaster in the then, Soviet Union. The mini-series has received tremendous response with widespread critical acclamation, several nominations and awards. The dialogues and quotes from Chernobyl have also become popular amongst online audiences. They are a powerful take on the human cost of state censorship.

We bring you the best quotes from Chernobyl – the miniseries from HBO.

1. “Every lie we tell incurs a debt to the truth. Sooner or later, that debt is paid.” 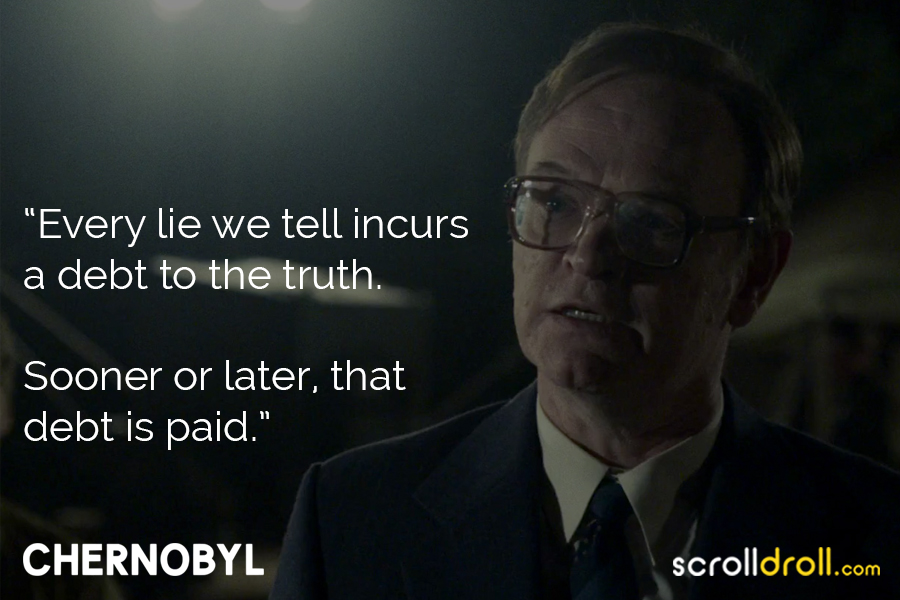 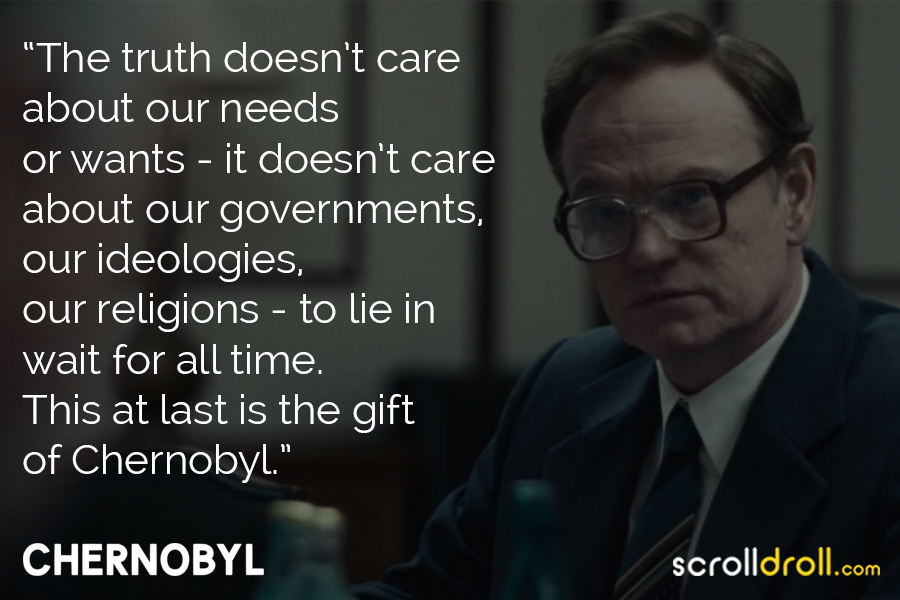 3. “When it’s your life and the lives of everyone you love, your moral conviction doesn’t mean anything.” 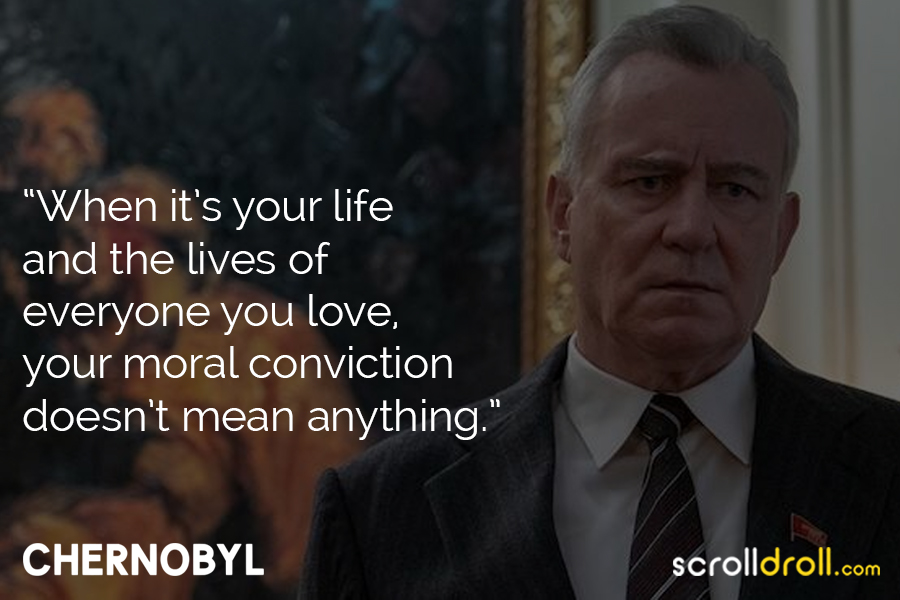 4. “All victories inevitably come at a cost.” 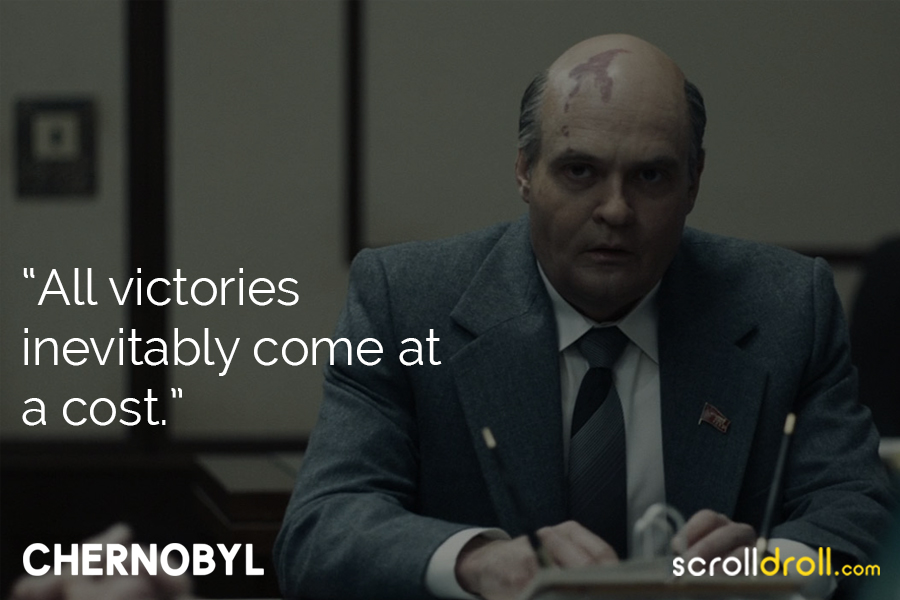 5. “When the truth offends, we lie and lie until we can no longer remember it is even there, but it is still there. ” 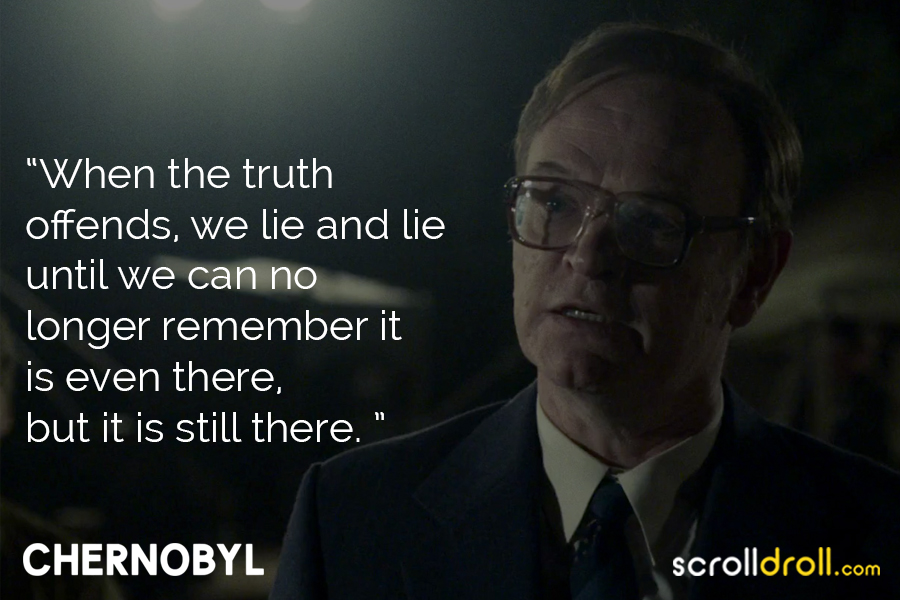 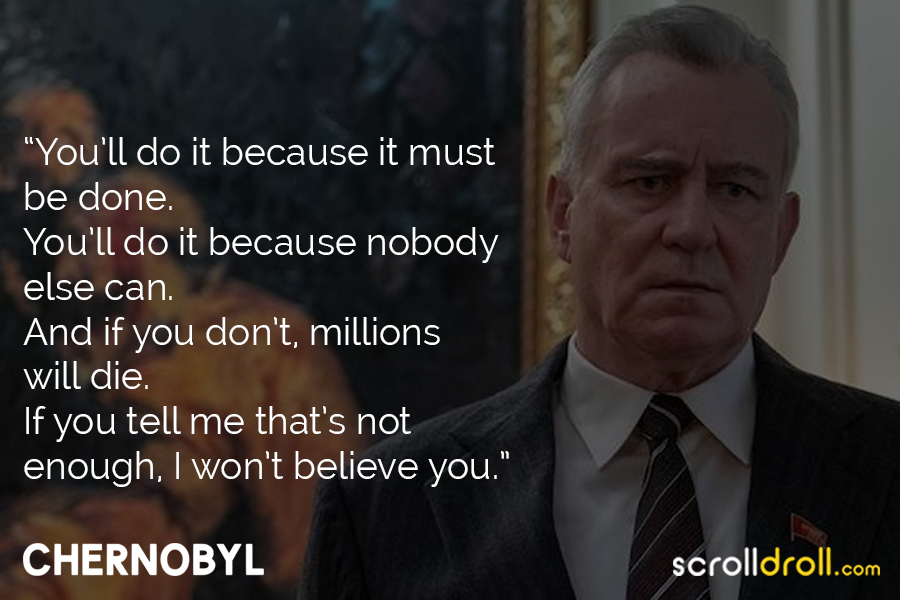 7. “To be a scientist is to be naive. We are so focused on our search for truth, we fail to consider how few actually want us to find it. But it is always there, whether we see it or not, whether we choose to or not.” 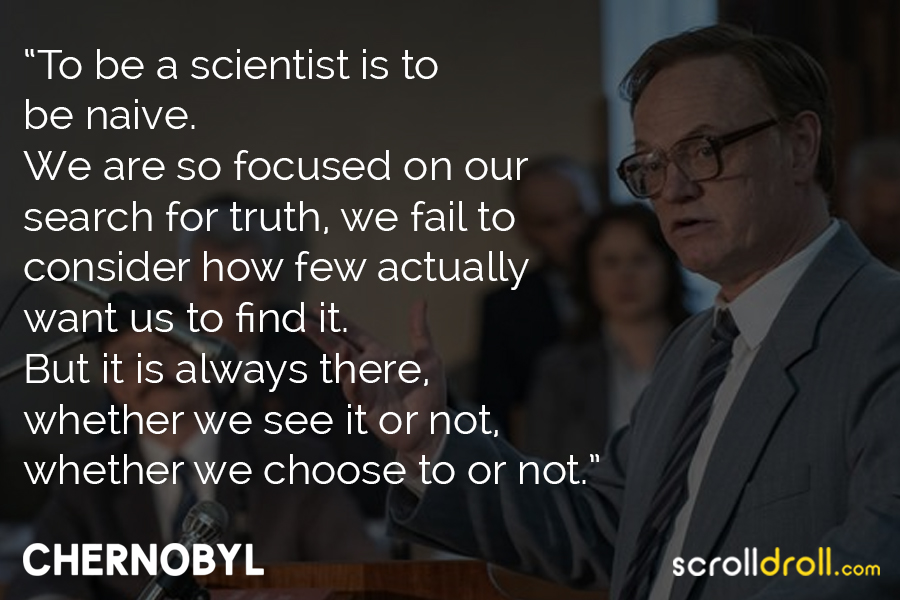 8. “If we don’t find out how this happened, it will happen again. ” 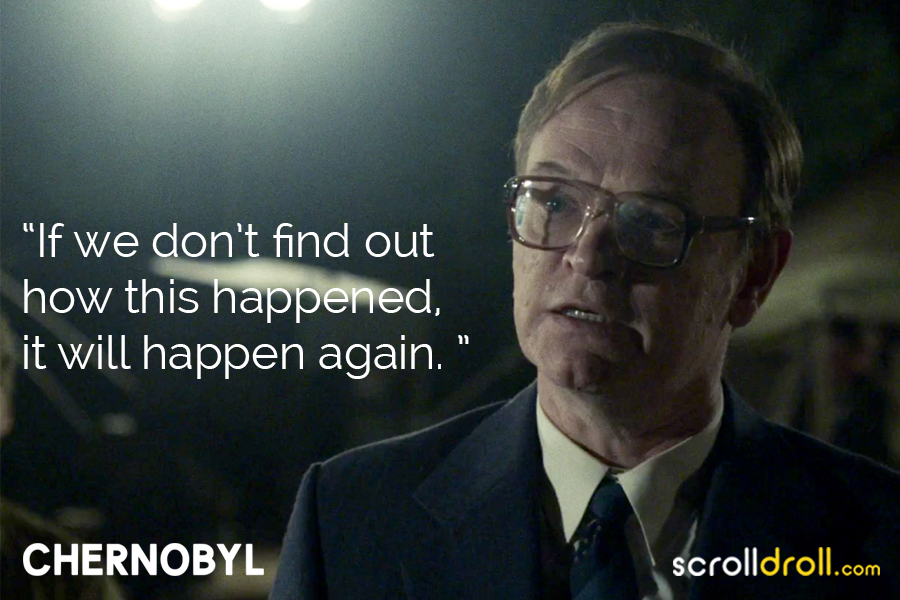 9. “Have you ever spent time with miners?”  “No.”
“My advice: tell the truth. These men work in the dark. They see everything. ” 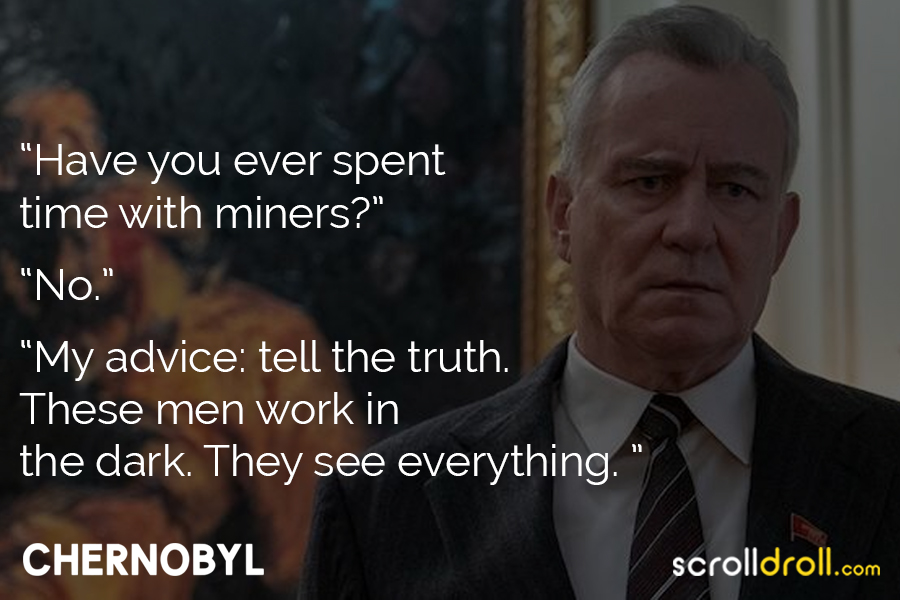 10. “You put a bullet in someone, you are not you anymore. You will never be you again. But then you wake up the next morning and you are still you. And you realise, that was you all along.” 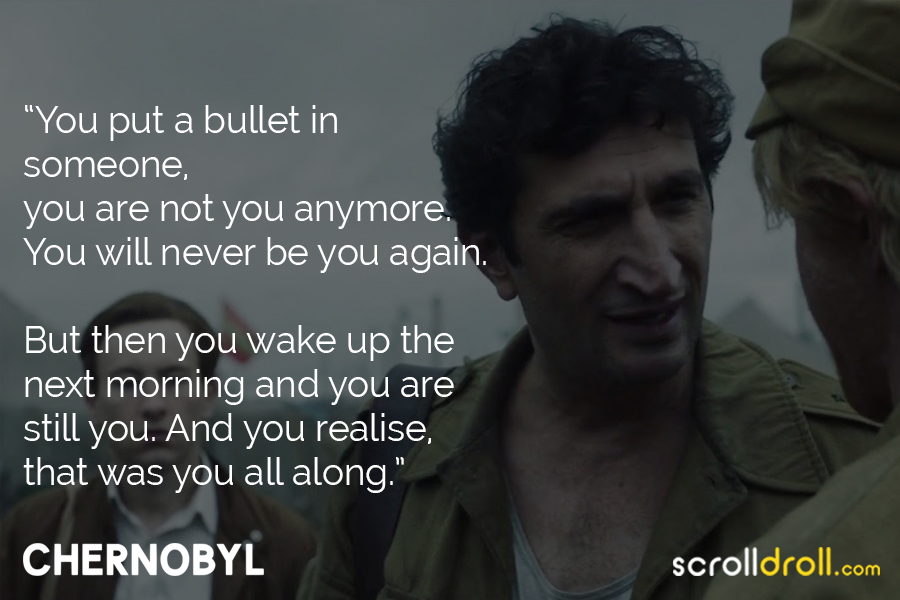 11. “What is the cost of lies? It’s not that we’ll mistake them for the truth. The real danger is that if we hear enough lies, then we no longer recognize the truth at all.” 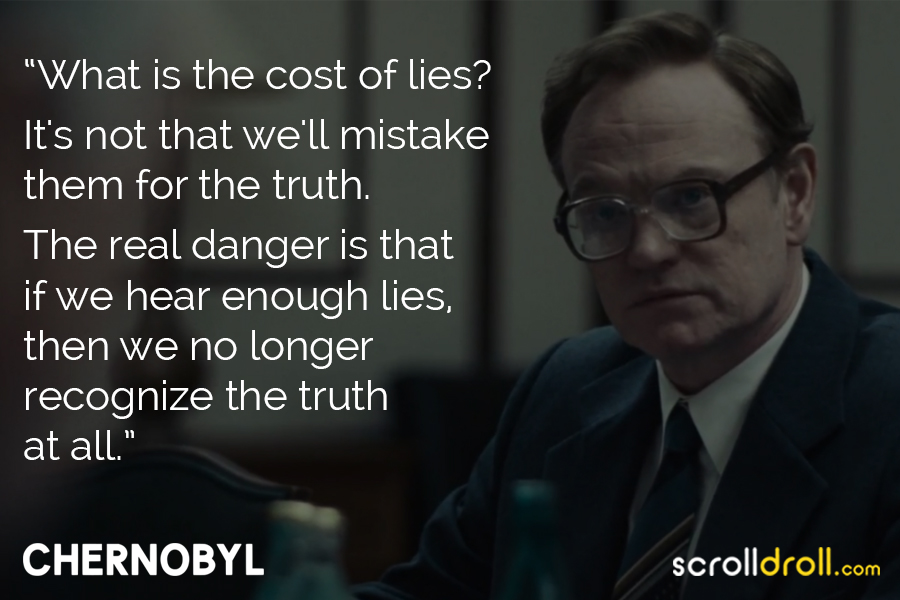 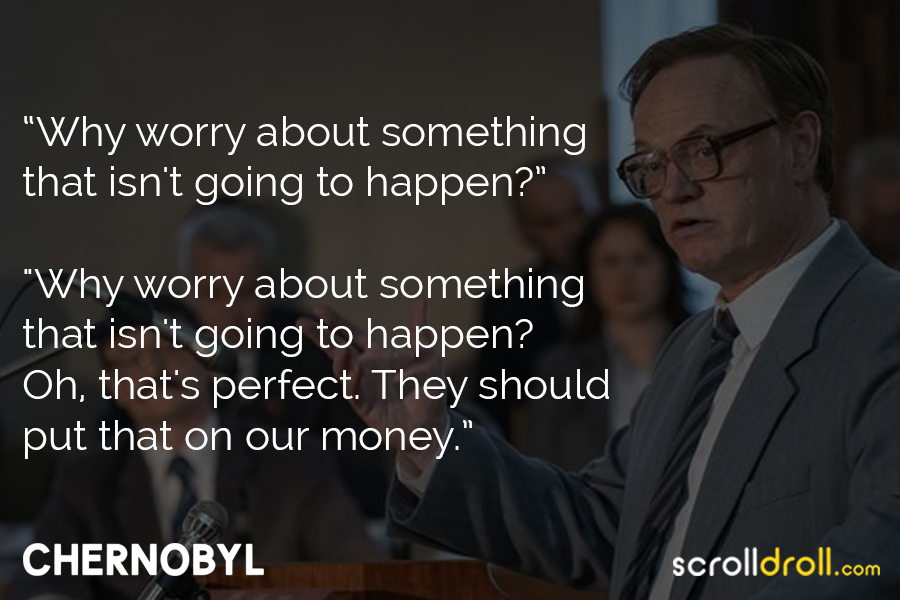 13. “The science is strong, but a test is only as good as the men carrying it out.” 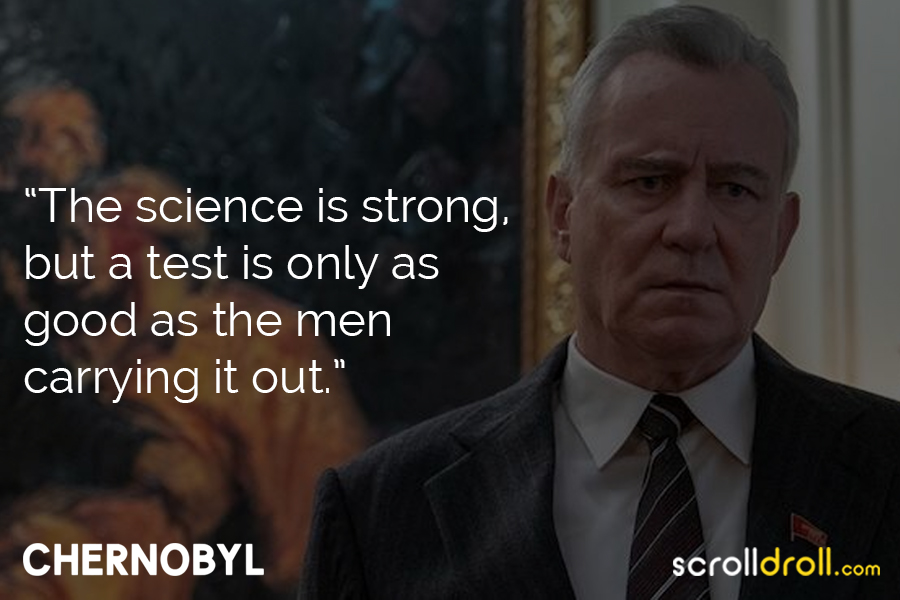 15. “Our power comes from the perception of our power.” 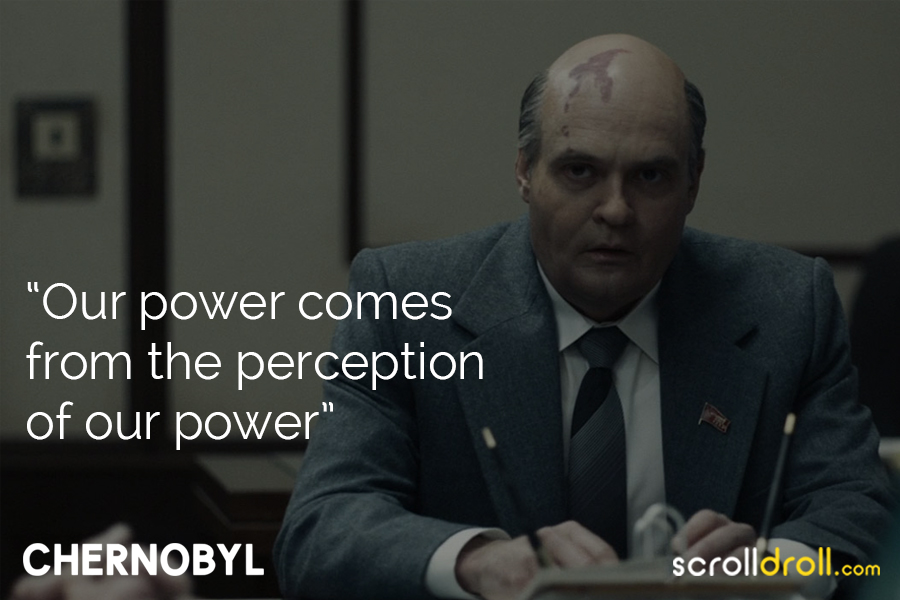 16. “You came off like a naive idiot. And naive idiots are not a threat.” 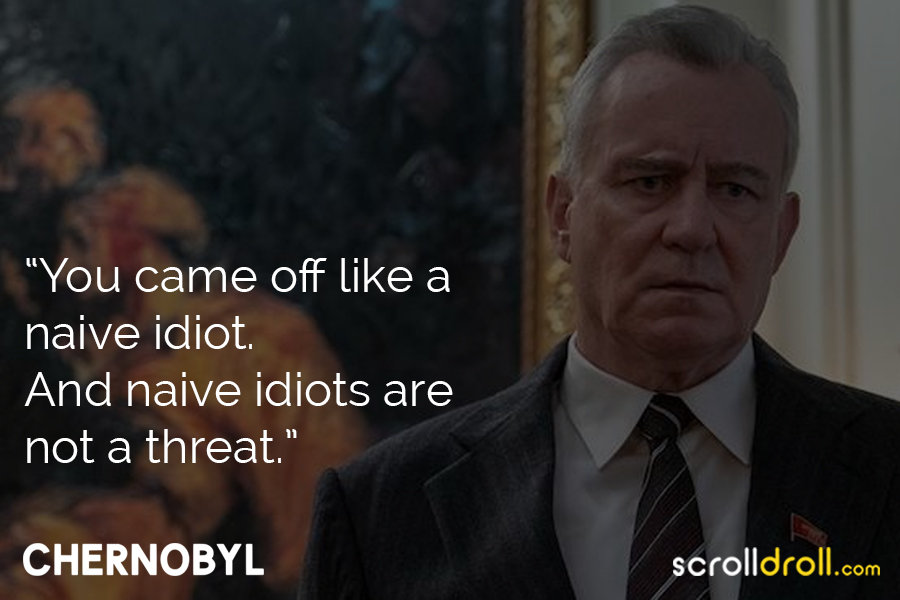 17. “There was nothing sane about Chernobyl. What happened there, what happened after, even the good we did, all of it… all of it, madness.” 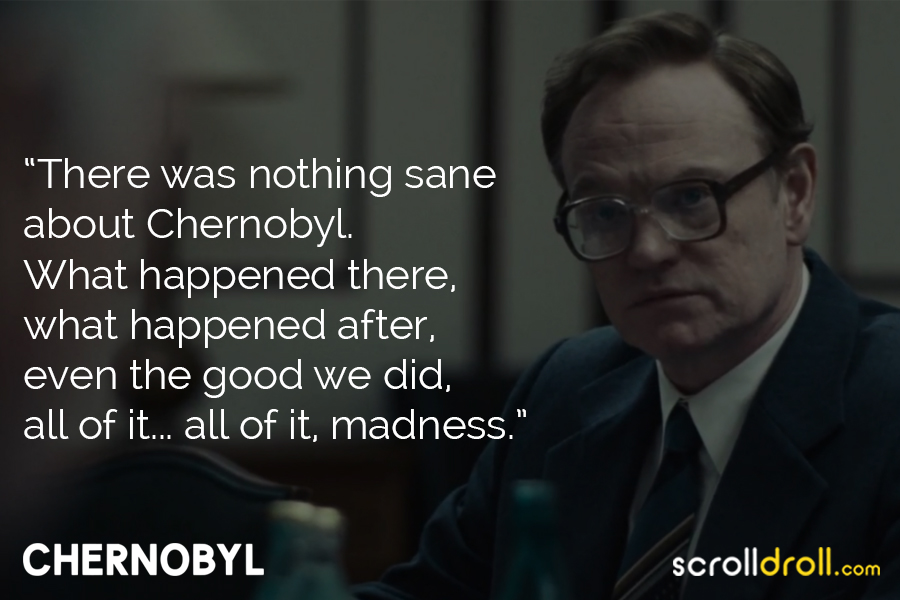 Chernobyl is an interesting take on the human cost of state censorship. The series brings out several untold stories of the nuclear disaster and technical as well as human issues around it.

20 Dialogues From Gunda So Bad That They Seem Good!

Kedarnath: The mystical town of Uttarakhand