It is no secret that Indian literature is as rich and abundant as the history of India. Because of the uniqueness of the Indian experience itself, our authors often come up with ideas and observations that are exclusively ours. Indian literature has a maturity suited for a country that has witnessed so much political upheaval in one millenia it is a wonder it has not lost the essence of what it began with. With more Indian literature being recognized for their brilliance, including The White Tiger which recently got the Netflix treatment, there’s never been a better time to read more Indian literature. Here are 20 beautiful quotes from Indian novels that’ll change the way you see life.

Also read: 15 Best-Selling Books Of All Time By Indian Authors That You Should Read 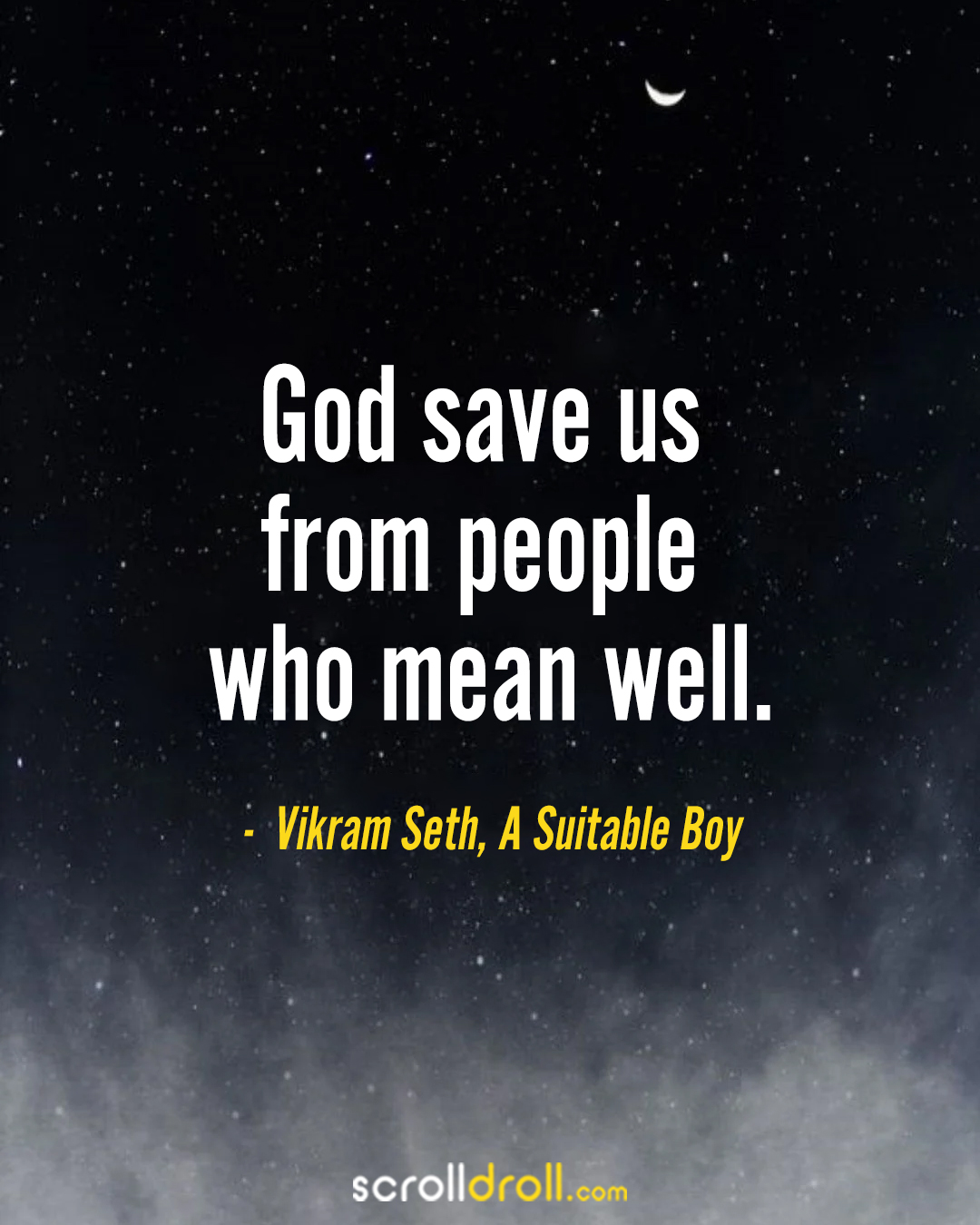 2. “The corporate revolution will collapse if we refuse to buy what they are selling – their ideas, their version of history, their wars, their weapons, their notion of inevitability.” 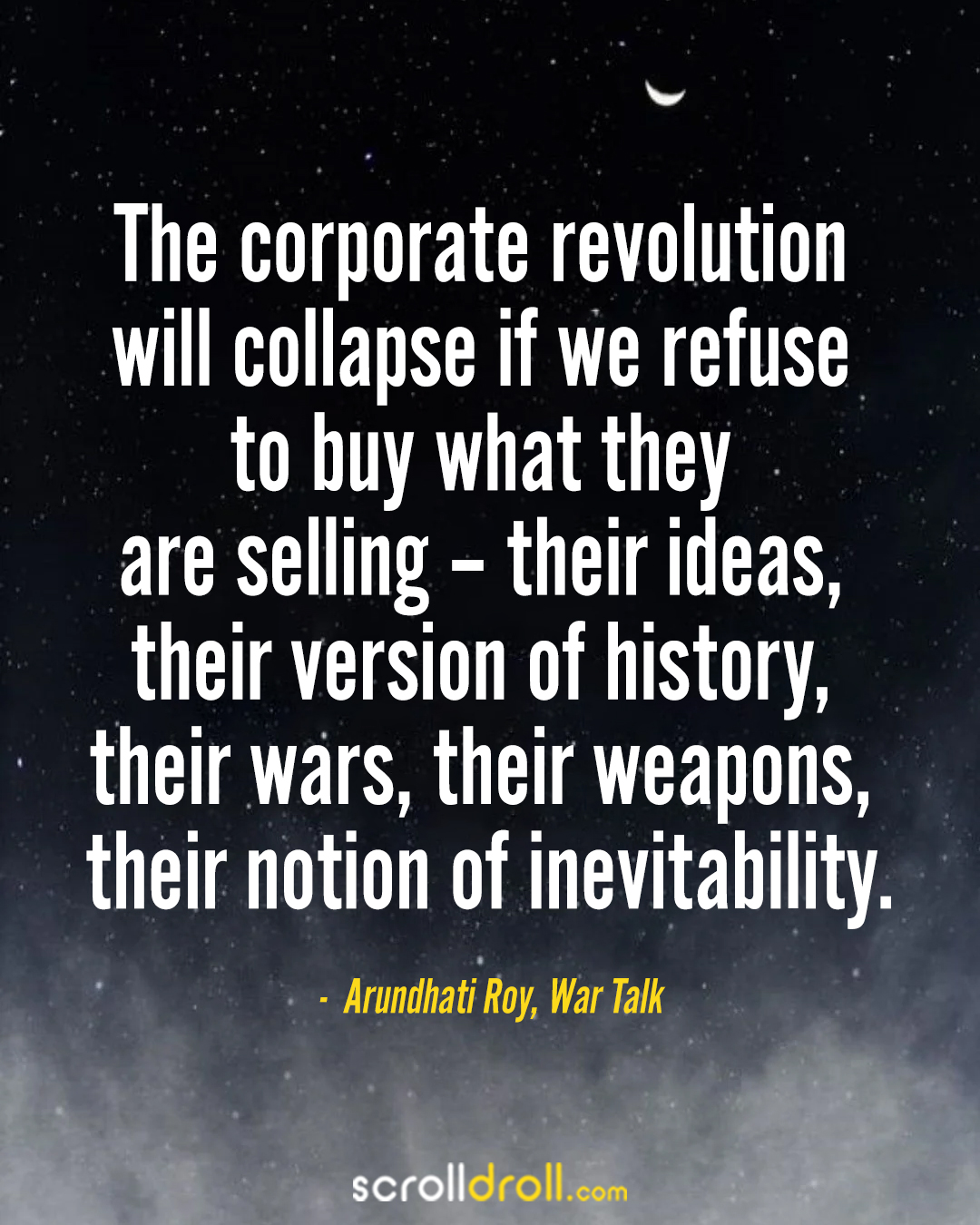 3. “And it was strange, I thought, that sorrow lasts and can make a man look forward to death, but the mood of victory fills a moment and then is over.” 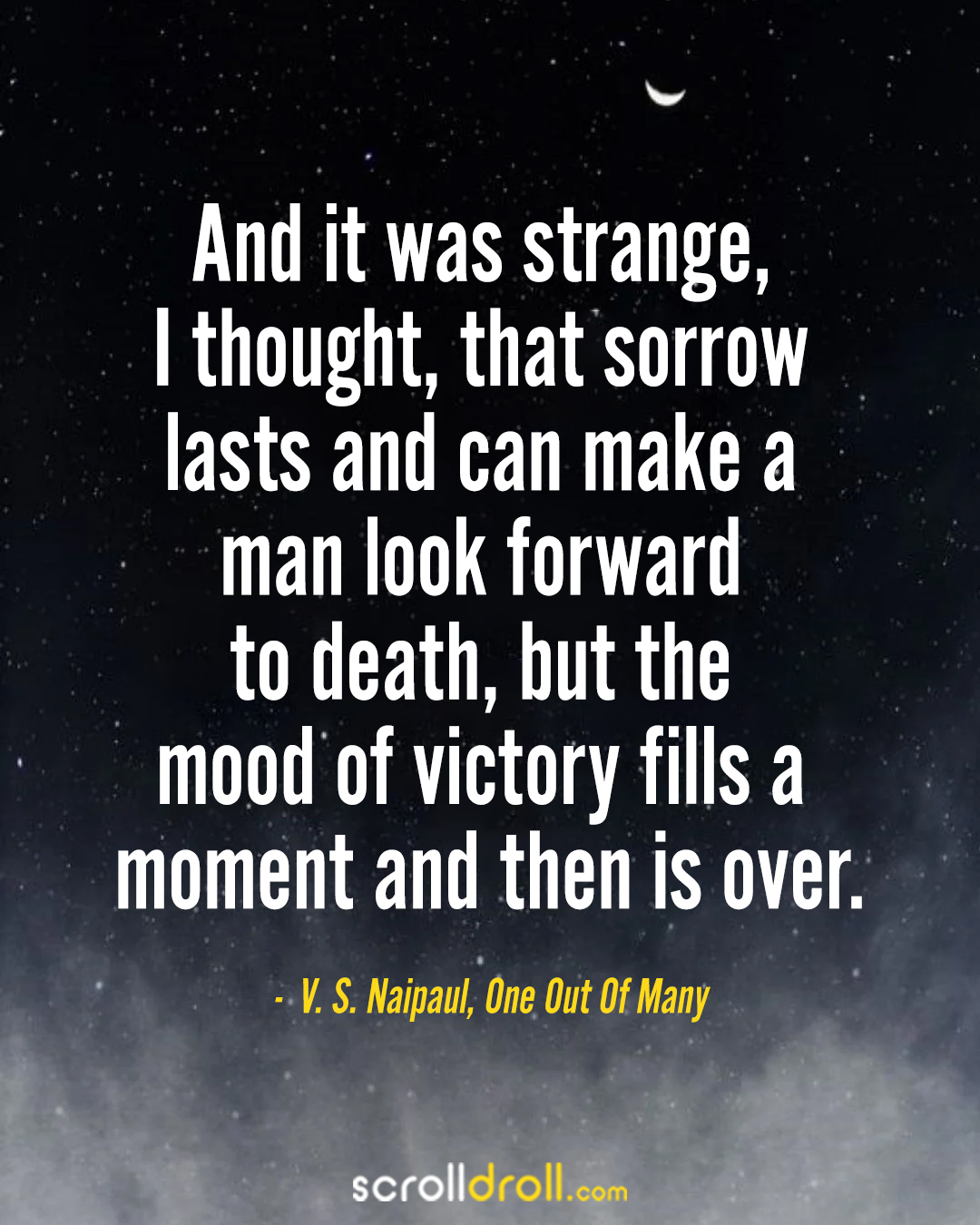 4. “Flags are bits of coloured cloth that governments use to shrink-wrap people’s minds and then as ceremonial shrouds to bury the dead.” 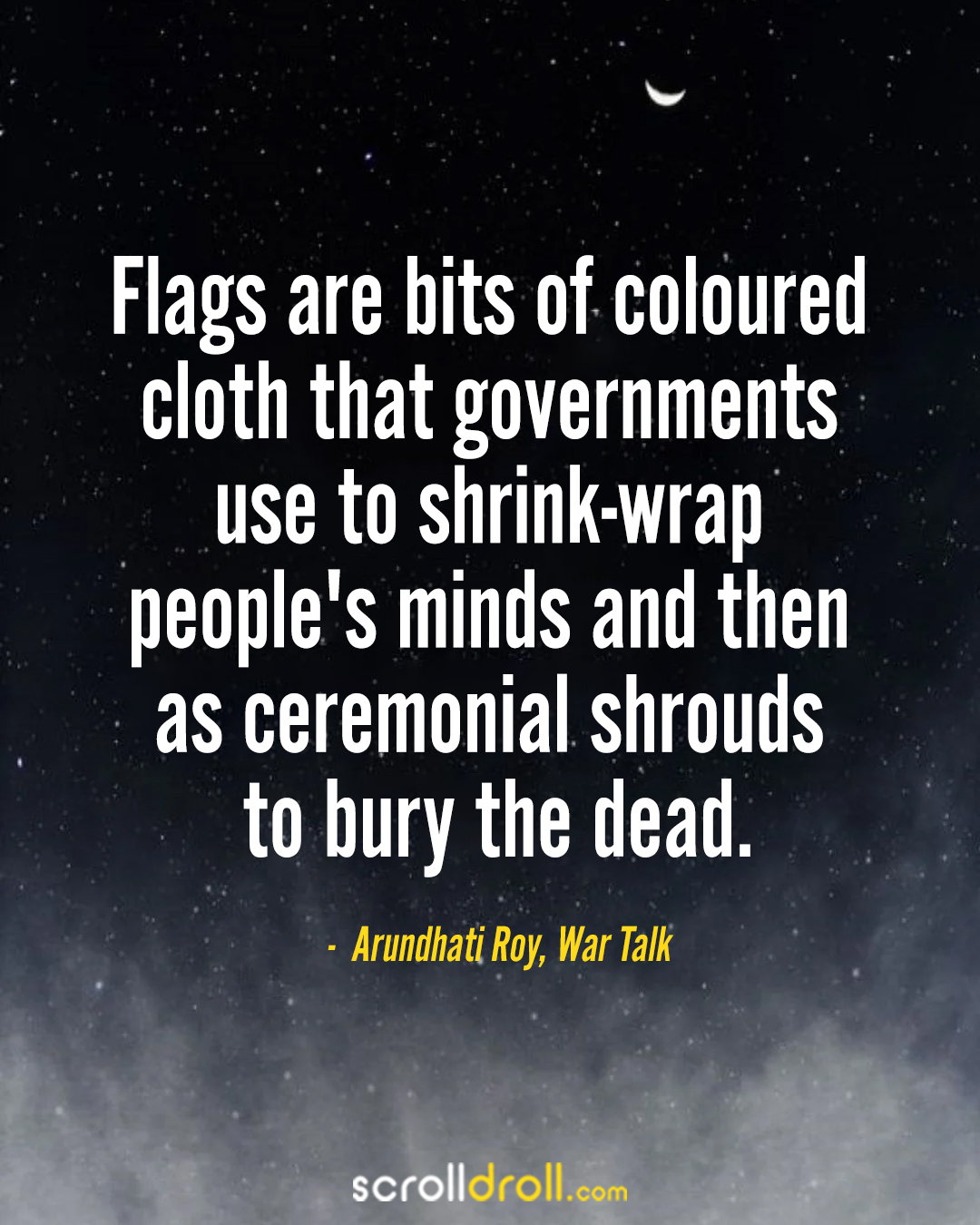 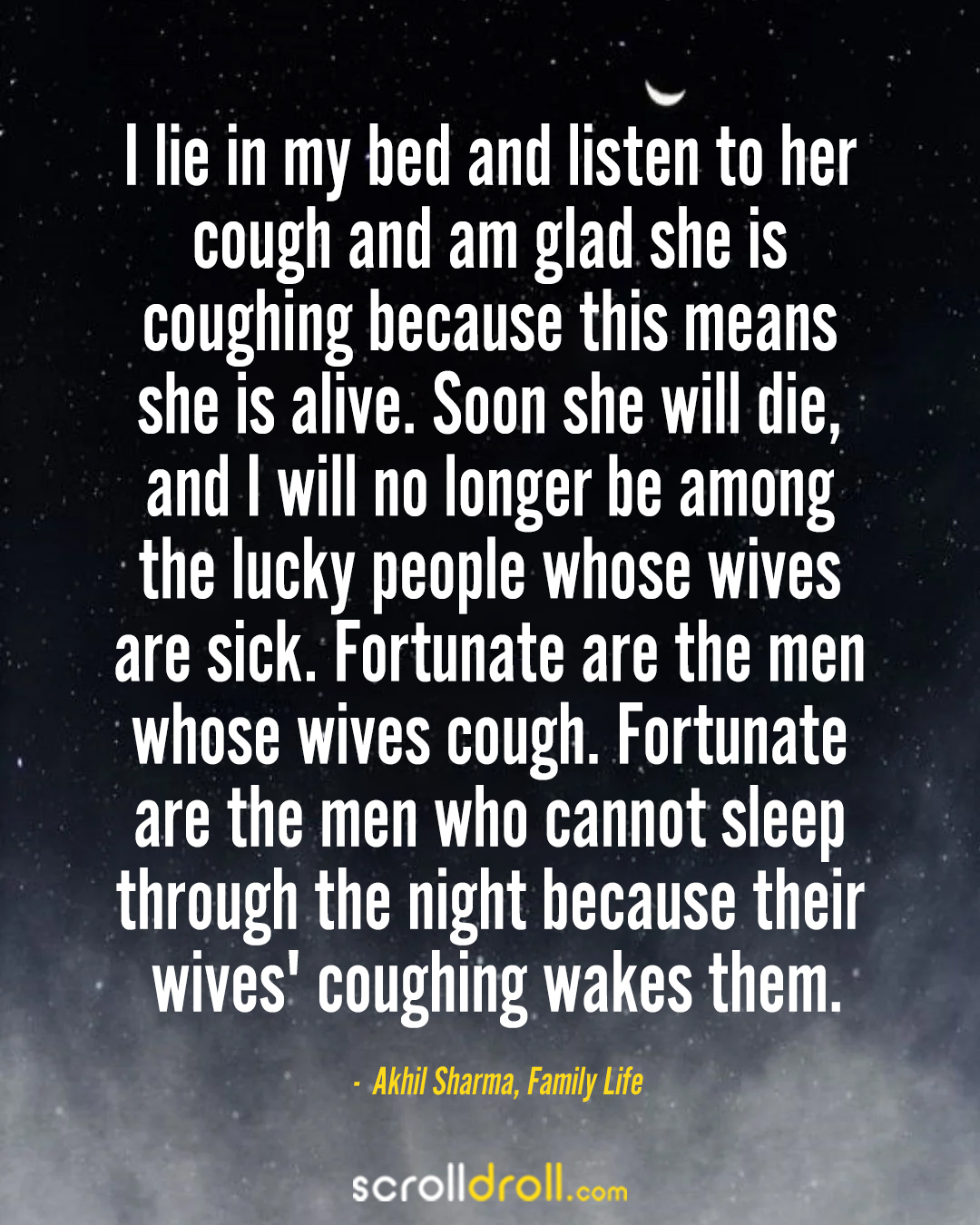 6. “The gods grow jealous of too much contentment anywhere, and they show their displeasure all of a sudden.” 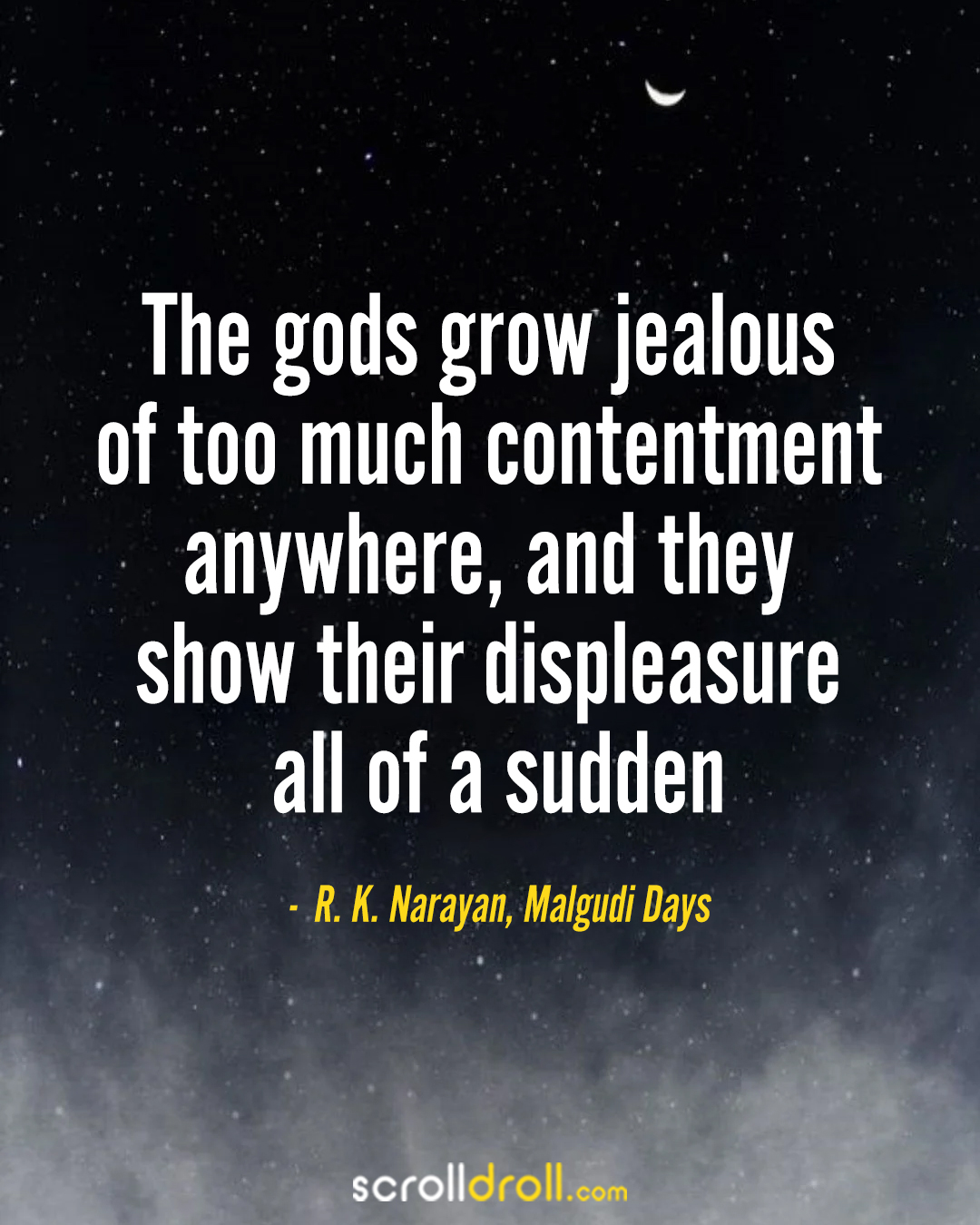 7. “That’s the thing about books. They let you travel without moving your feet.” 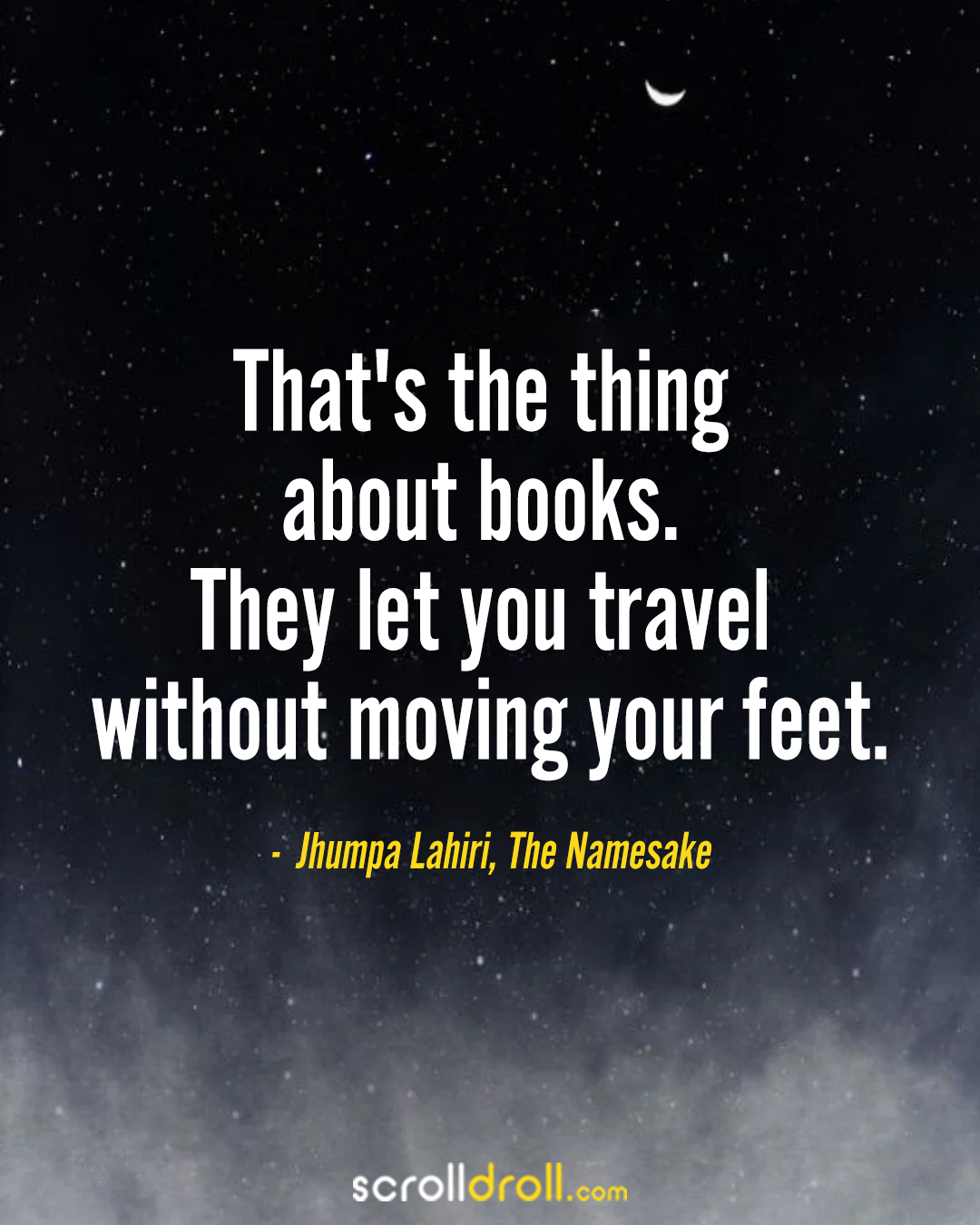 8.  “The only dream worth having, I told her, is to dream that you will live while you’re alive and die only when you’re dead.” 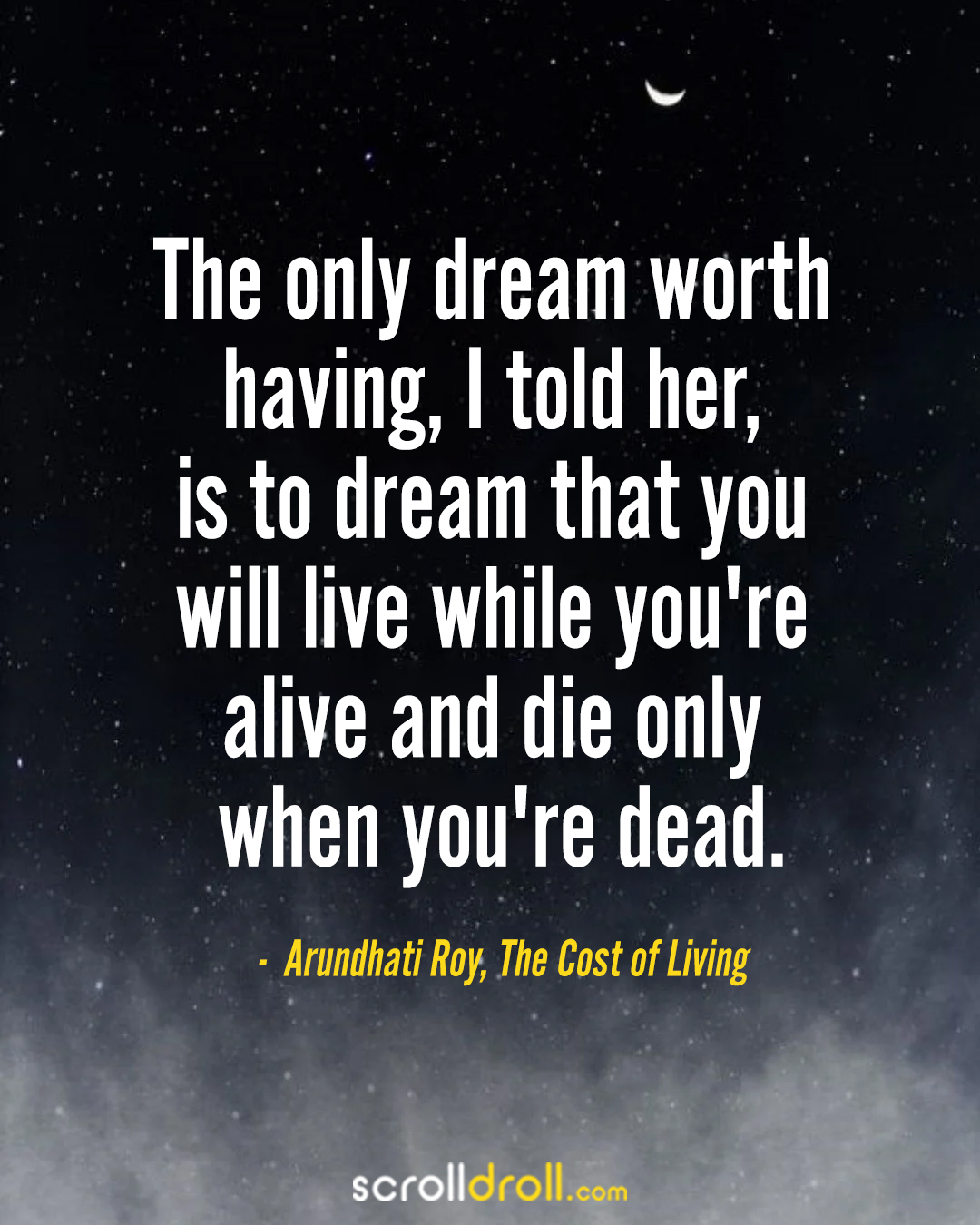 9. “Pet names are a persistent remnant of childhood, a reminder that life is not always so serious, so formal, so complicated.” 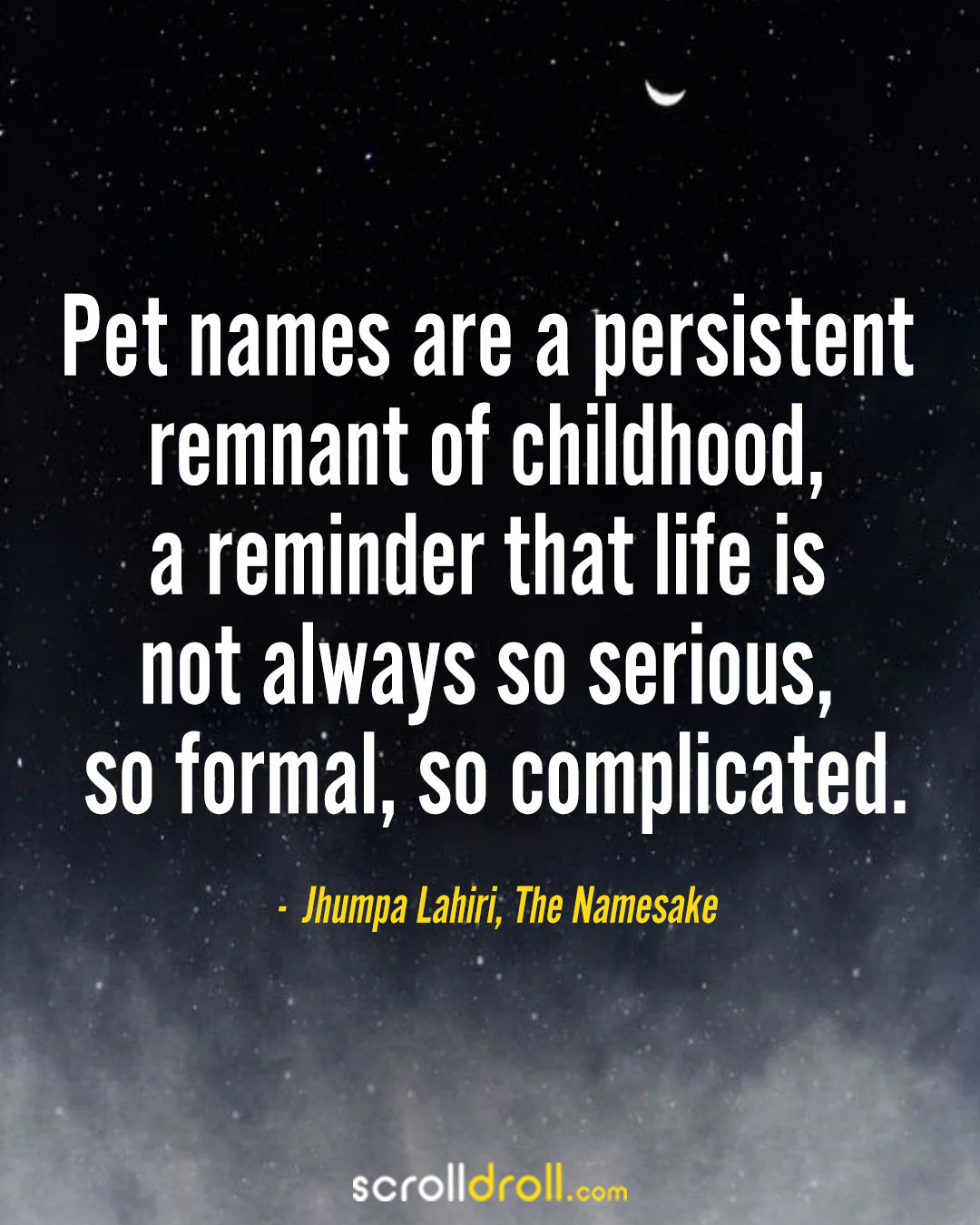 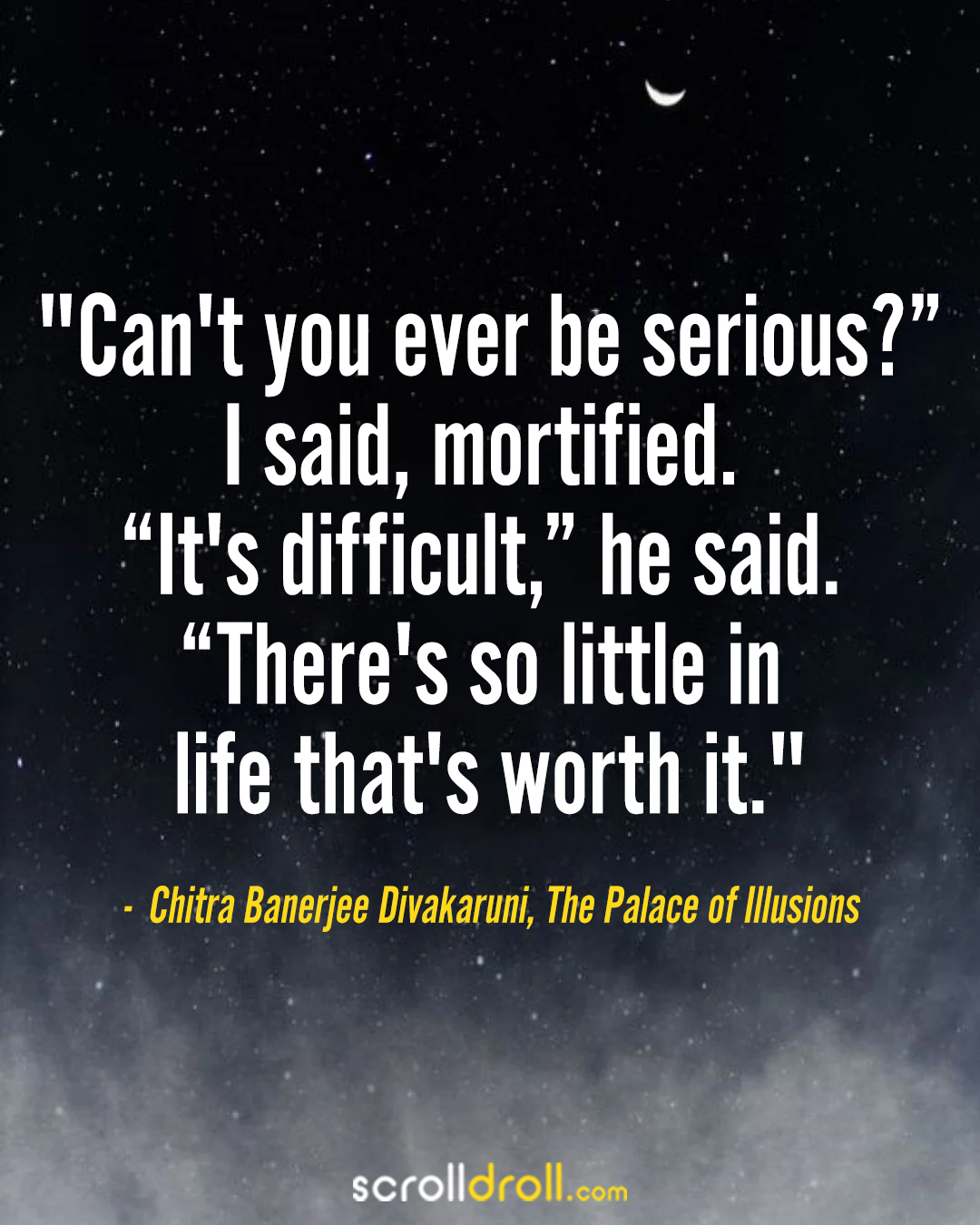 11. “That’s why Indian women fall ill,’ Em said. ‘So that their husbands will hold their hands.” 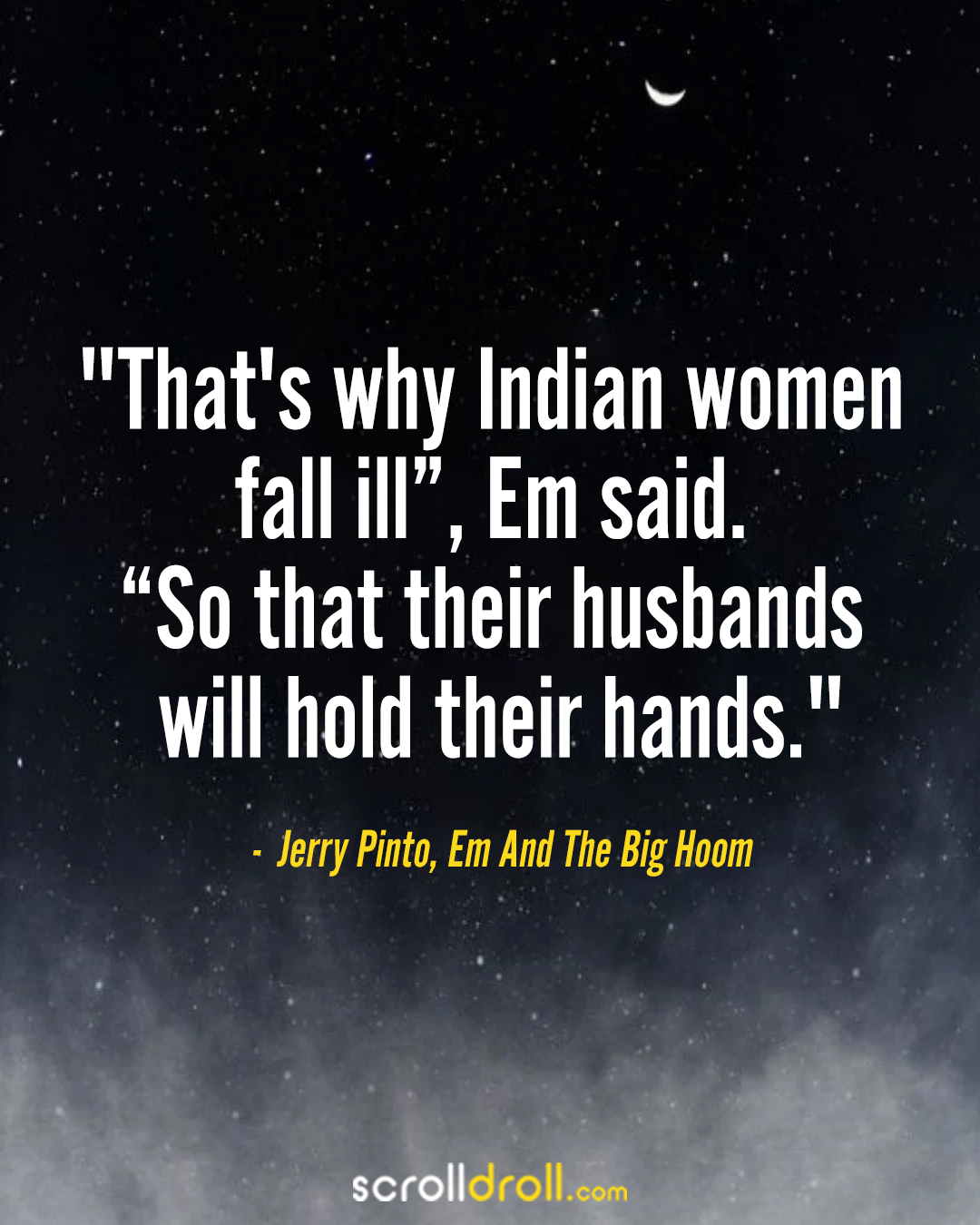 12. “We may not have sewage, drinking water, and Olympic gold medals, but we do have democracy.” 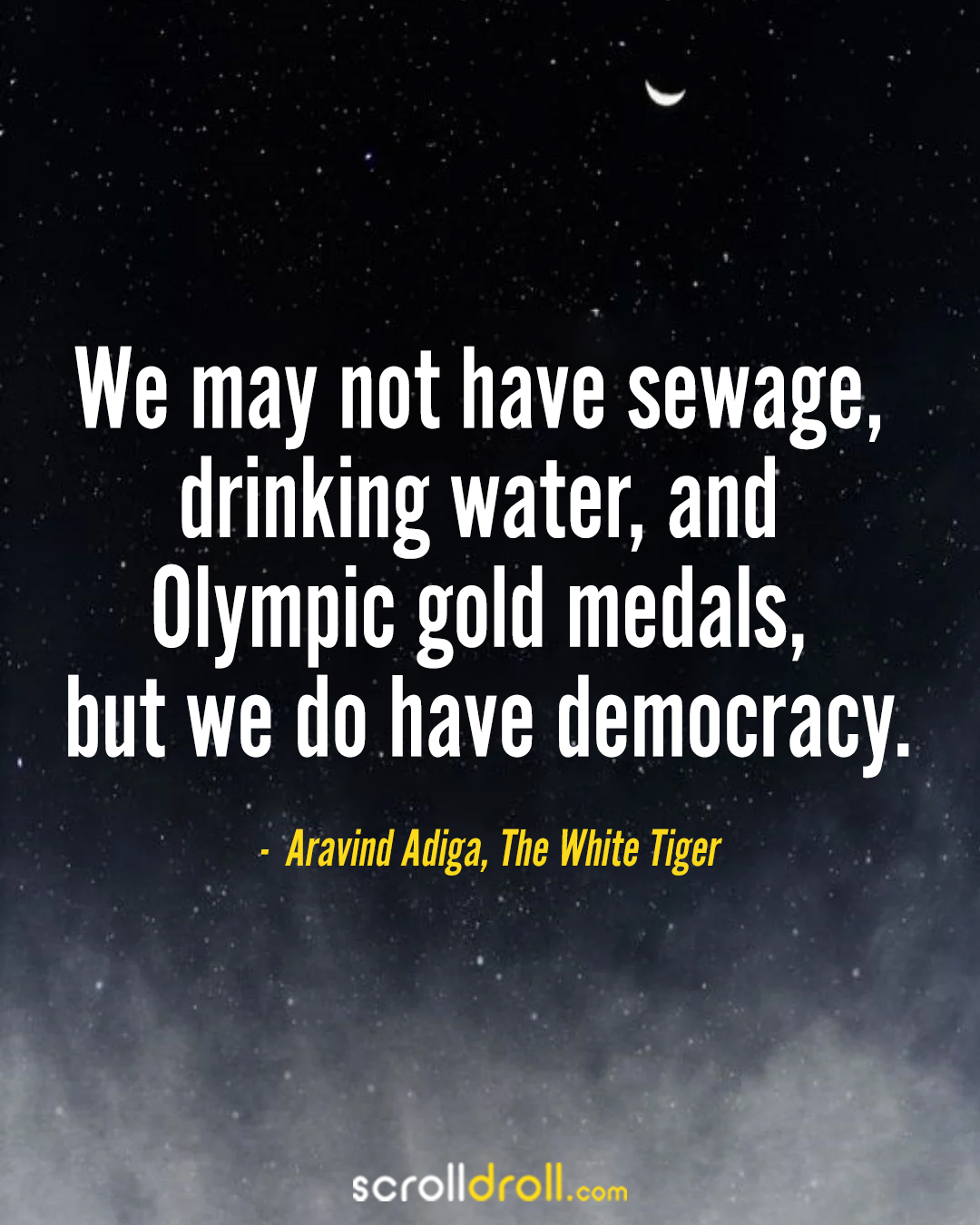 13. “You can cry in public as long as you do not sob. Tears are transparent. If you’re walking fast, if the sun’s too strong, no one notices. Sobs intrude. They push their way into people’s consciousness. They feel duty-bound to ask what has happened.” 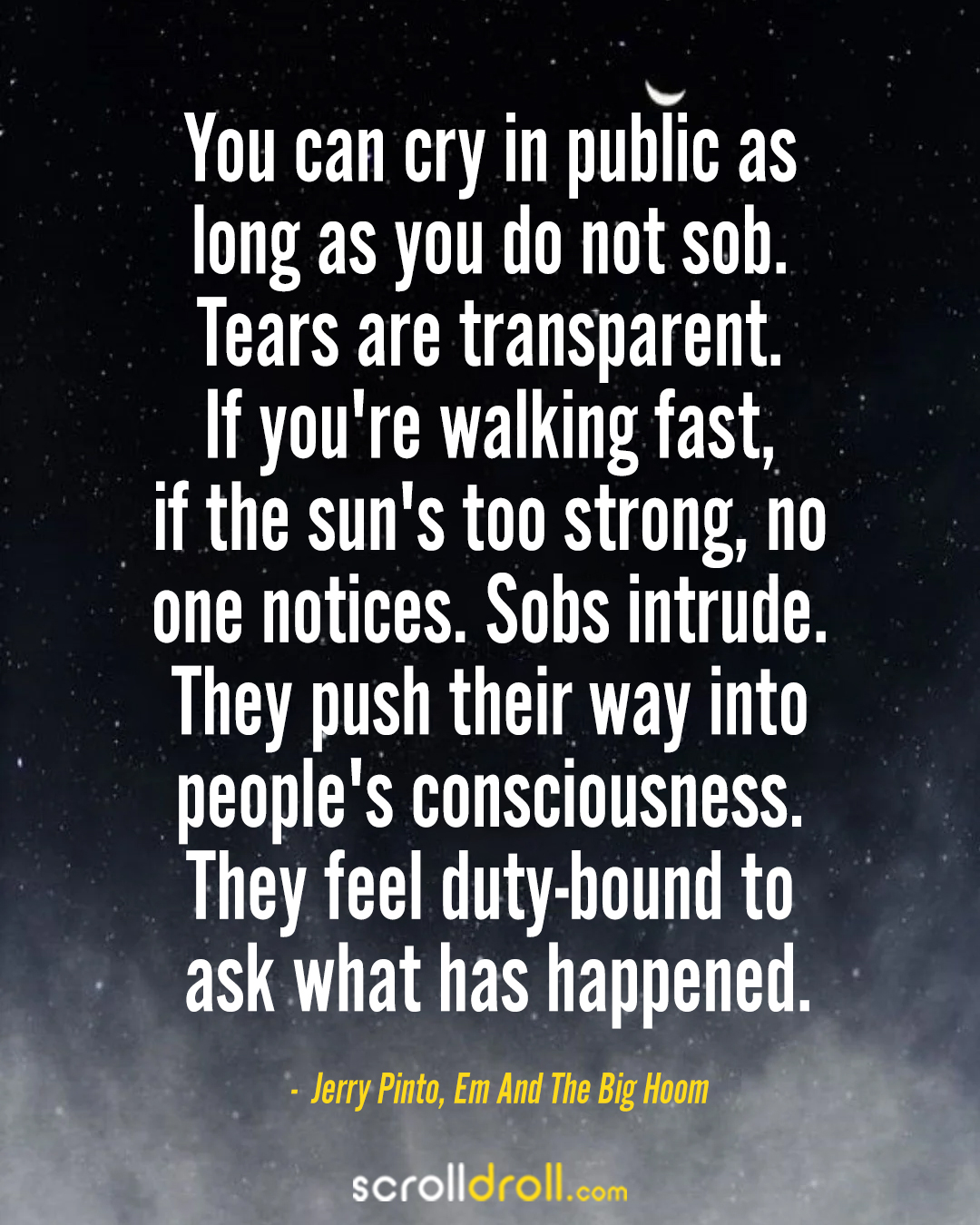 14. “His ignorance seemed to widen with everything he read.” 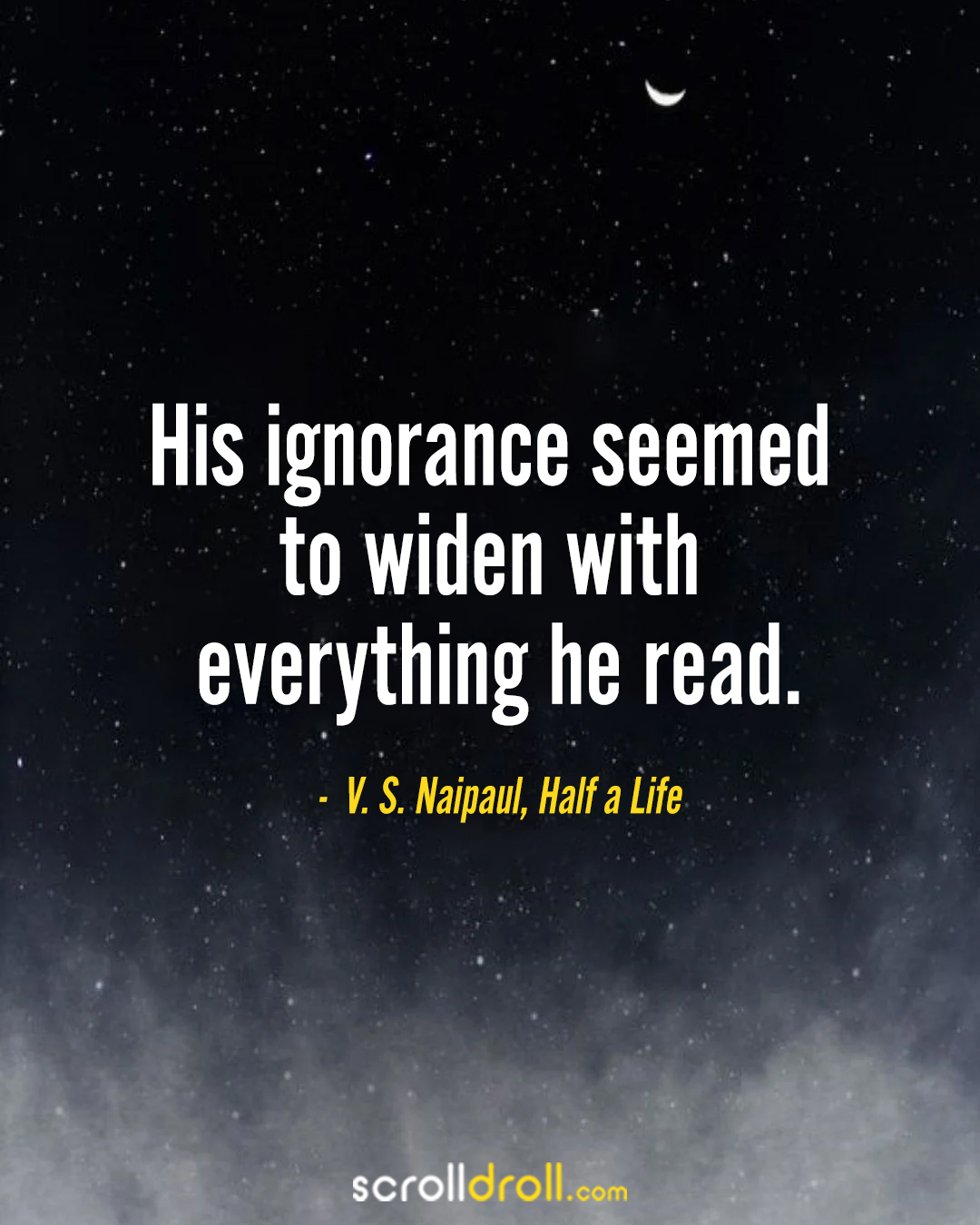 15. “Morality was probably the invention of unattractive men. Whom else does it benefit really?” 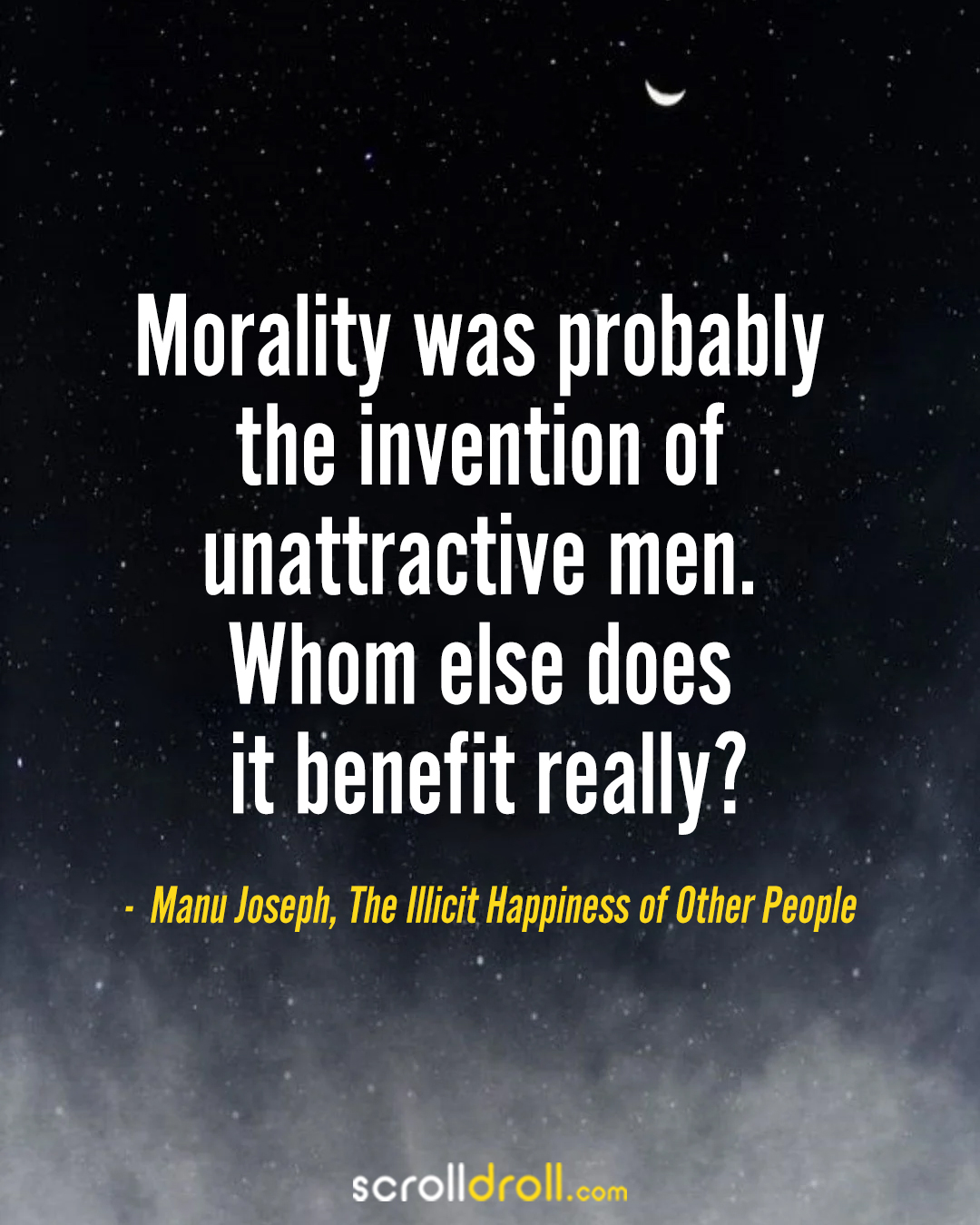 16. “The only people who see the whole picture are the ones who step out of the frame.” 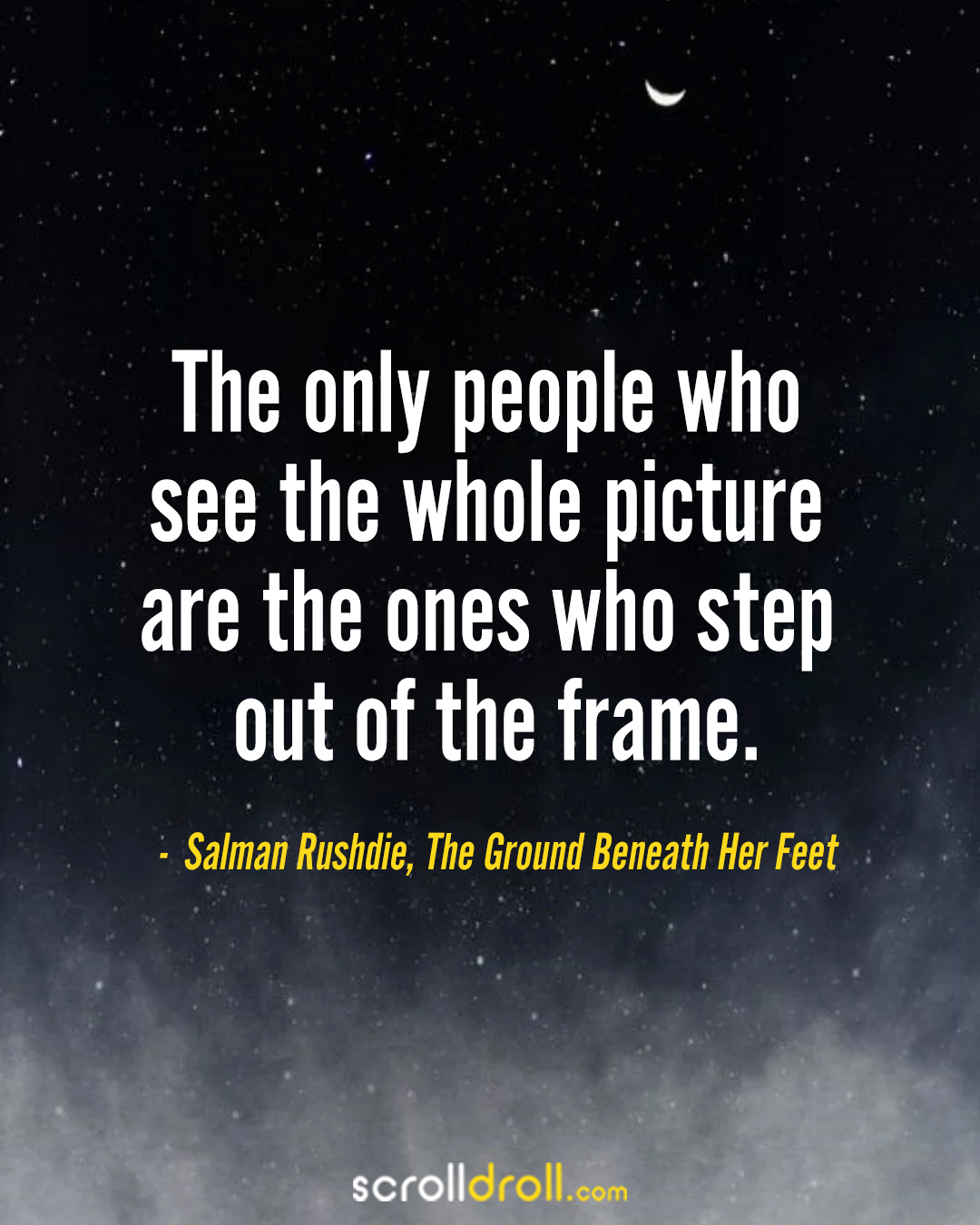 17. “Certain things acquired an evil complexion if phrased, but remained harmless in mind.” 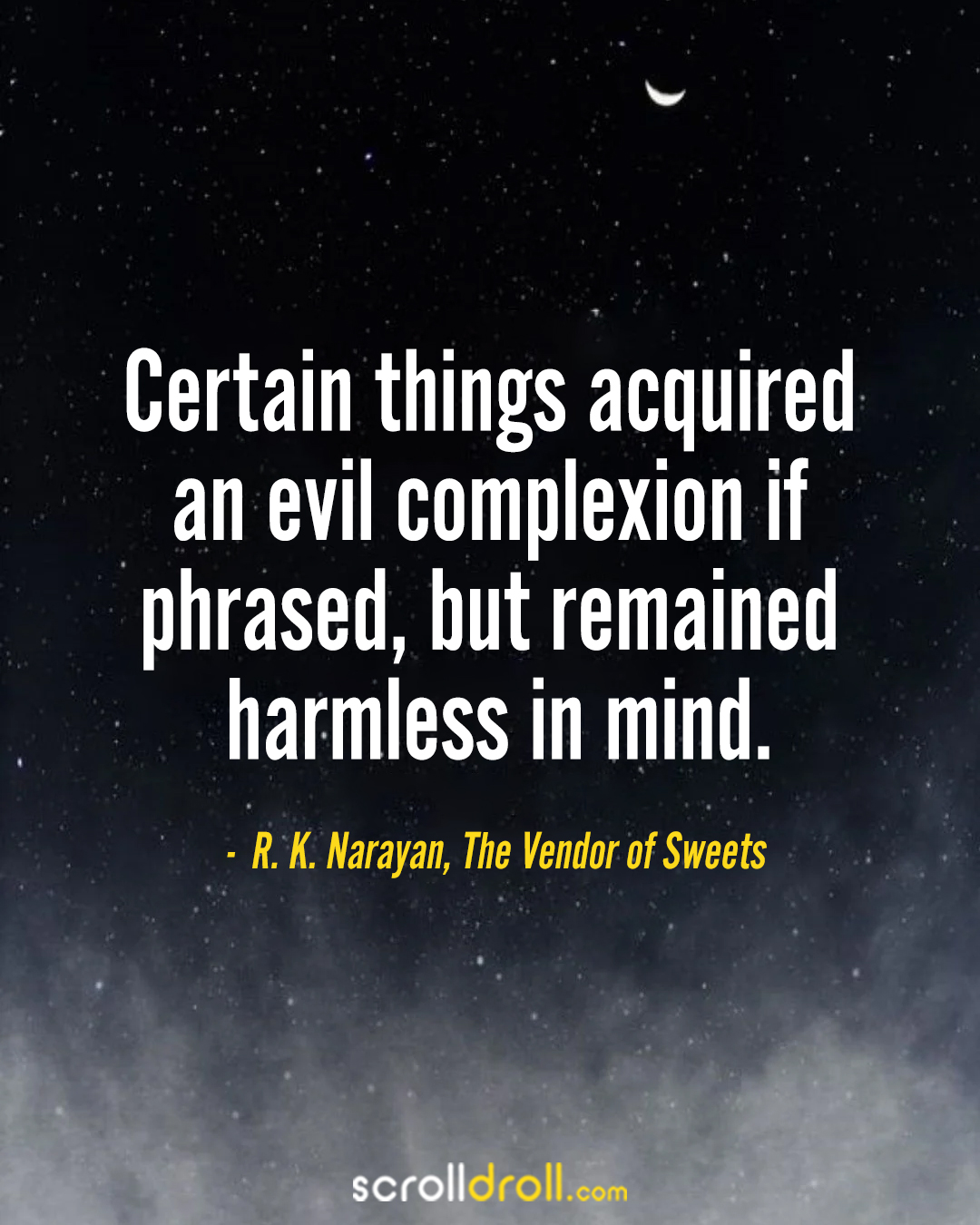 18. “The present changes the past. Looking back you do not find what you left behind.” 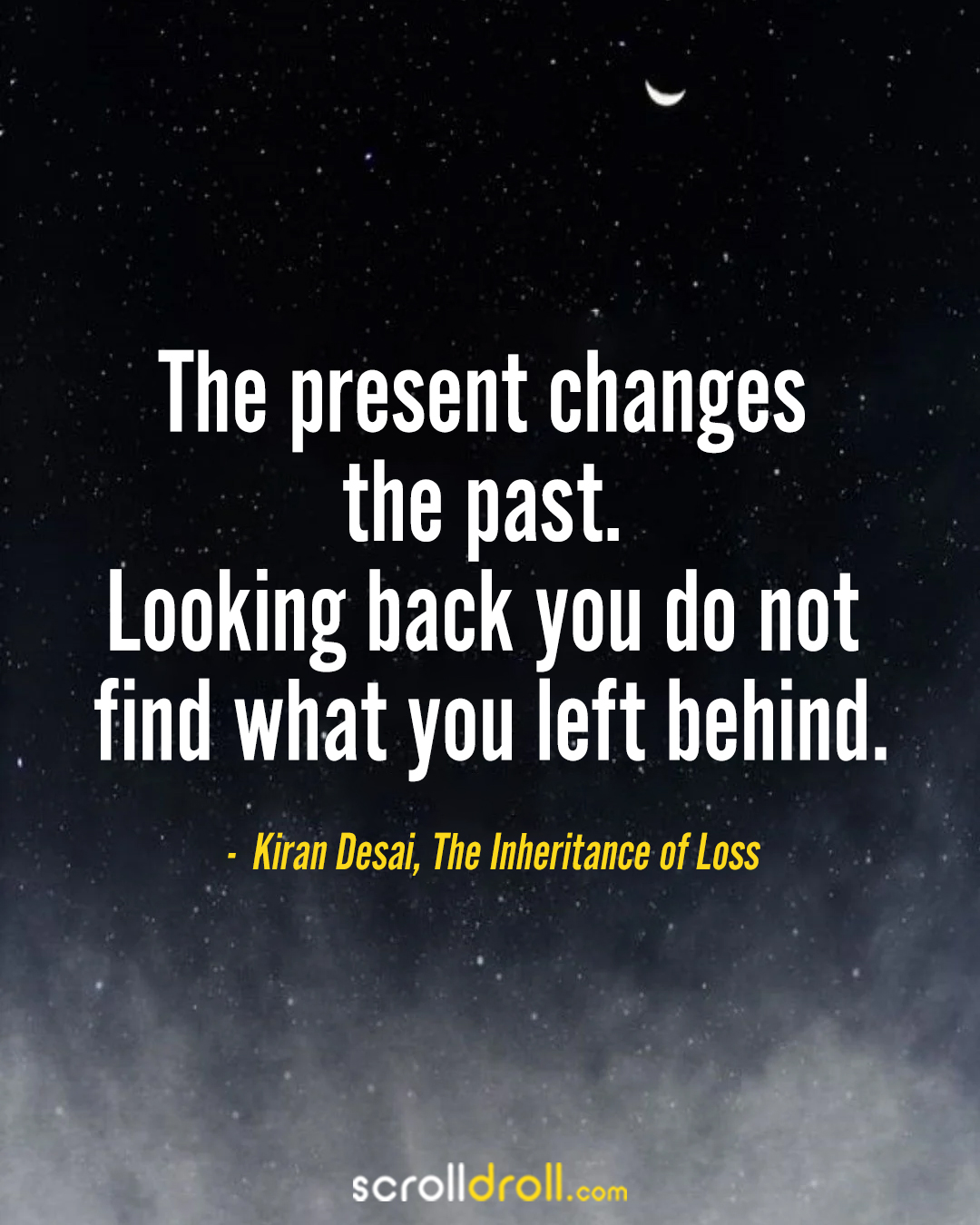 19. “Morality is a matter of money. Poor people cannot afford to have morals. So they have religion.” 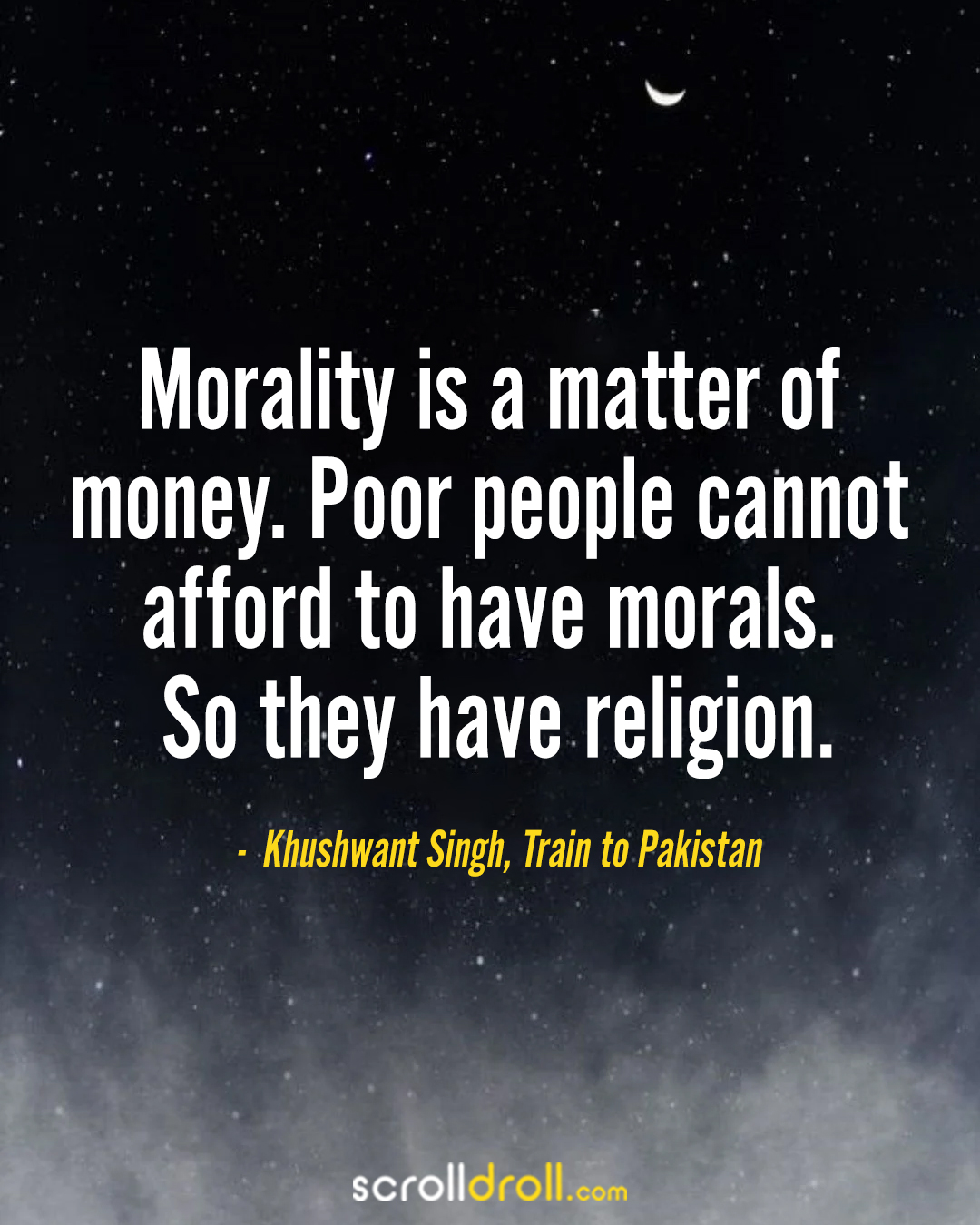 20. “I was looking for the key for years but the door was always open.” 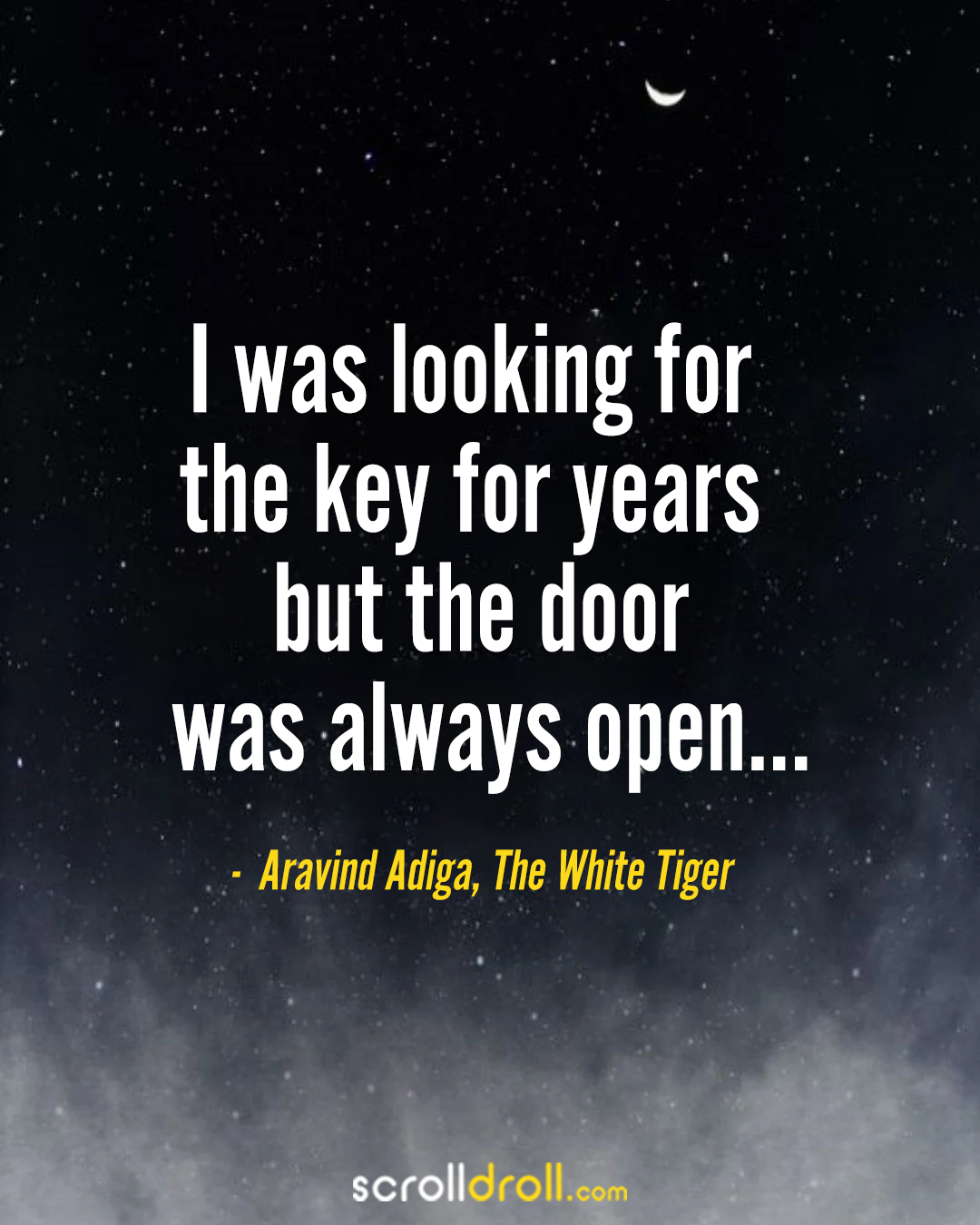 Did you like these quotes from Indian novels? Which one was your favourite? Let us know in the comments below!