Vikings is a highly adventurous and interesting historical series that focuses on the Norse tribes popularly known as the Vikings, and their exploits across Europe through the 8th to the 11th century. The show was originally aired on the Canadian network named History Channel and is currently available on Netflix to binge on and ran for 6 good seasons. It has an 8.5 IMDb rating which is pretty good for a historical series of this magnitude. Be it the character development, or the cinematography, this show has done an amazing job at delivering some good content. But here, we’ll be talking about some of the most powerful lines from the show for it is filled with them. While most of the best quotes from Vikings are by the protagonist Ragnar himself, the other characters too never fail to amaze.

Also read: 15 Best Historical Series Of All Time That Are Worth Binging

Let’s have a look at some of the best dialogues and quotes from Vikings!

1. “Always remember to finish off your opponent, if you can. No man ever ran away with his entrails hanging to his knees, or his head cut off.” – Rollo 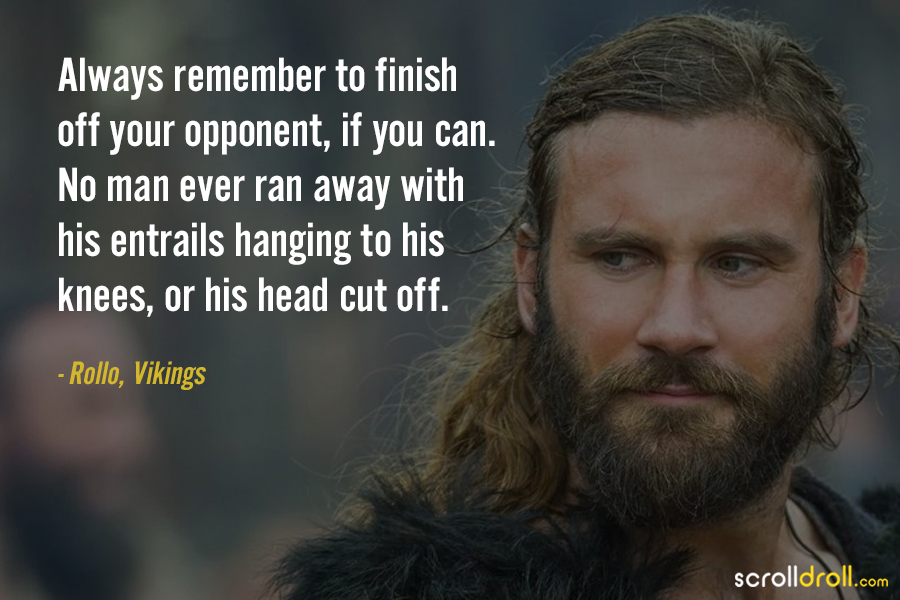 2. “You Vikings are incorrigible. You emerge from the womb with only one thing on your mind…how to die.”– King Ecbert 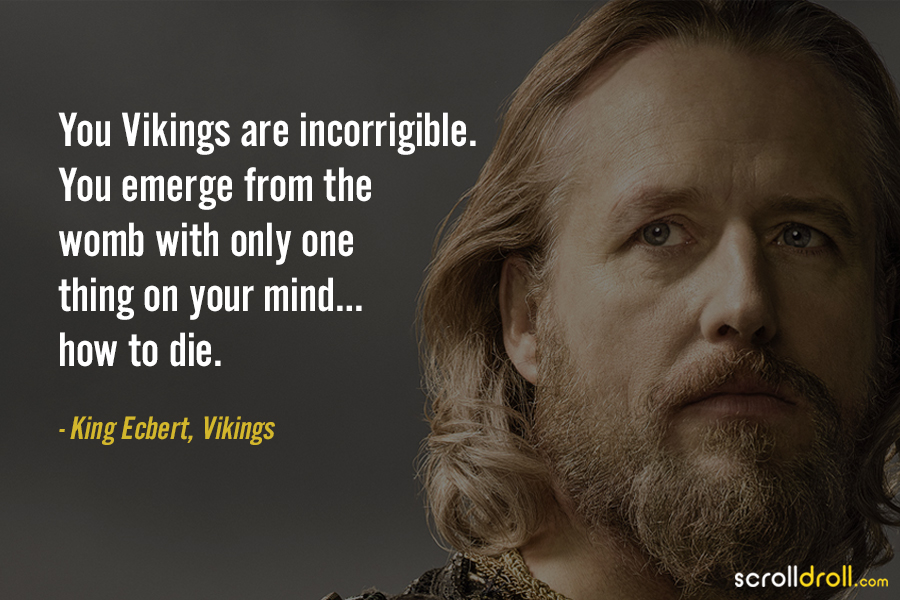 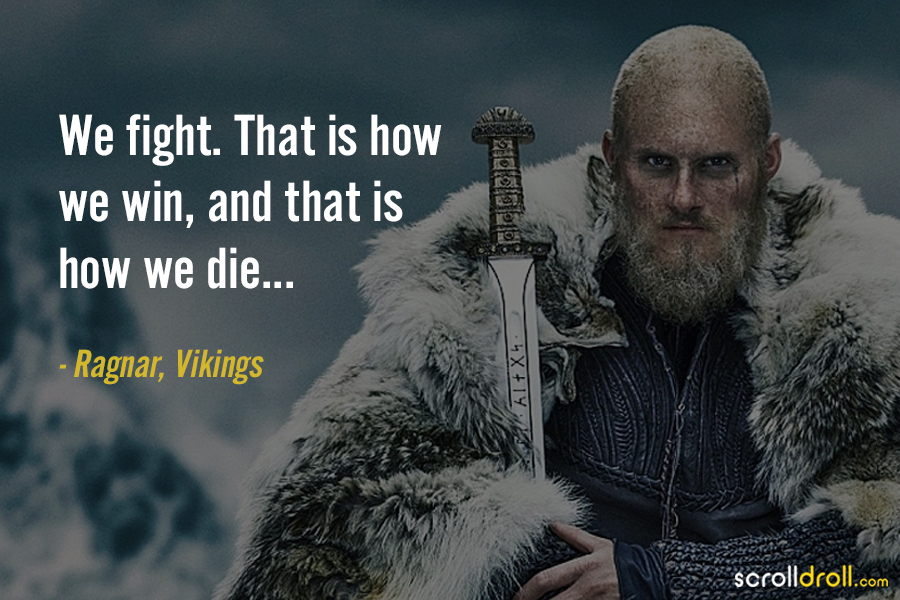 4. “Warriors don’t show their heart until the axe reveals it.”– Floki 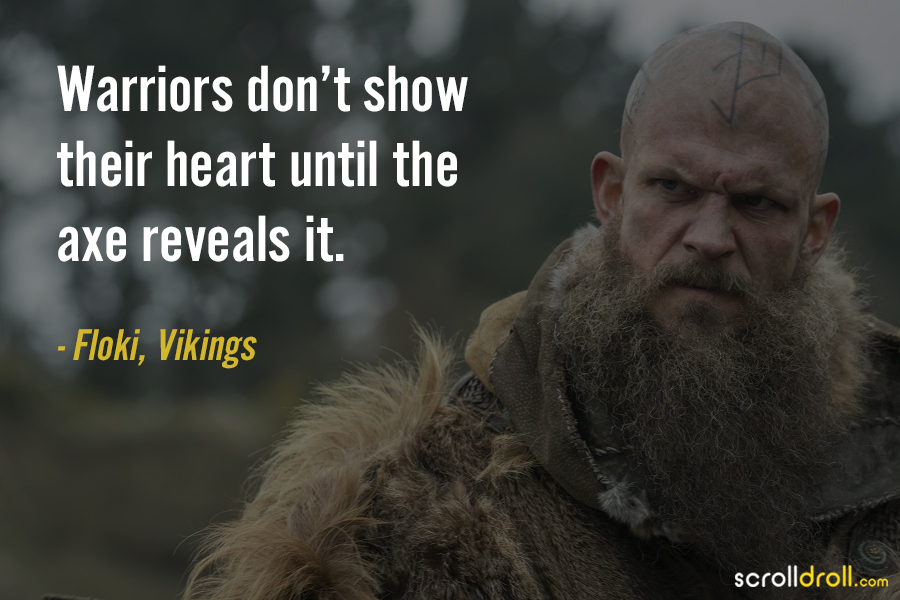 5. “The lure of an imaginary land? Traveling somewhere that doesn’t exist? Of course I’m coming.”– Floki 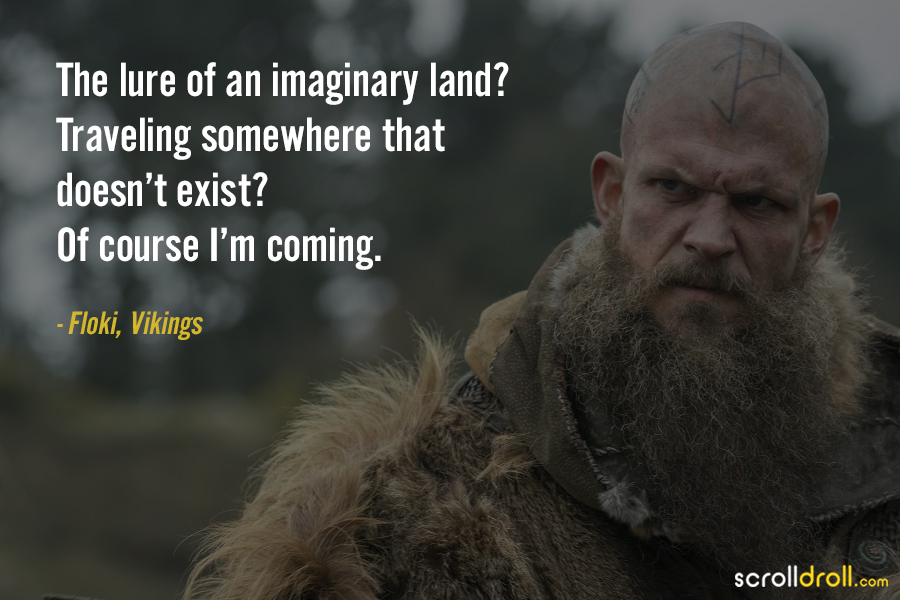 6. “Don’t waste your time looking back. You’re not going that way.”– Ragnar 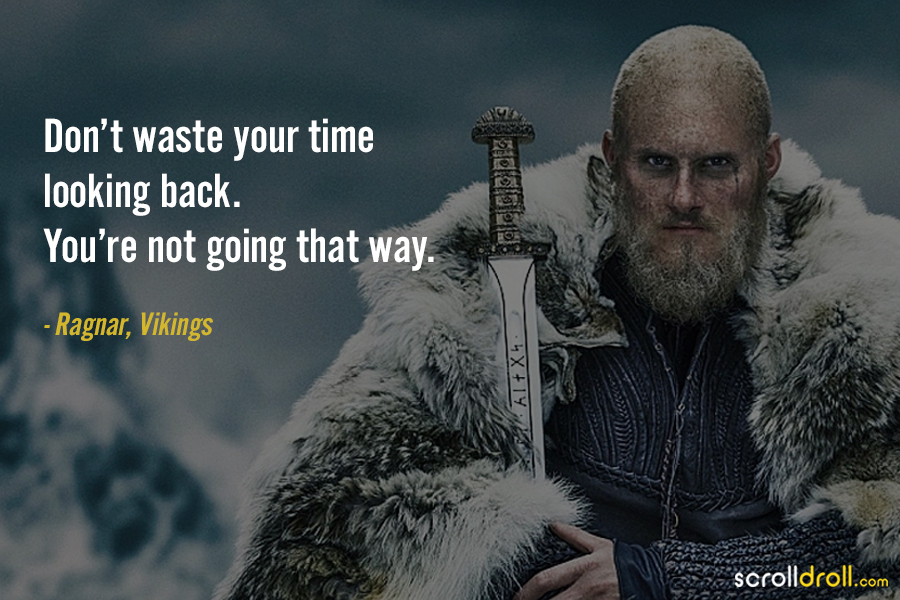 7. “You couldn’t kill me if you tried for a hundred years.” – Legartha 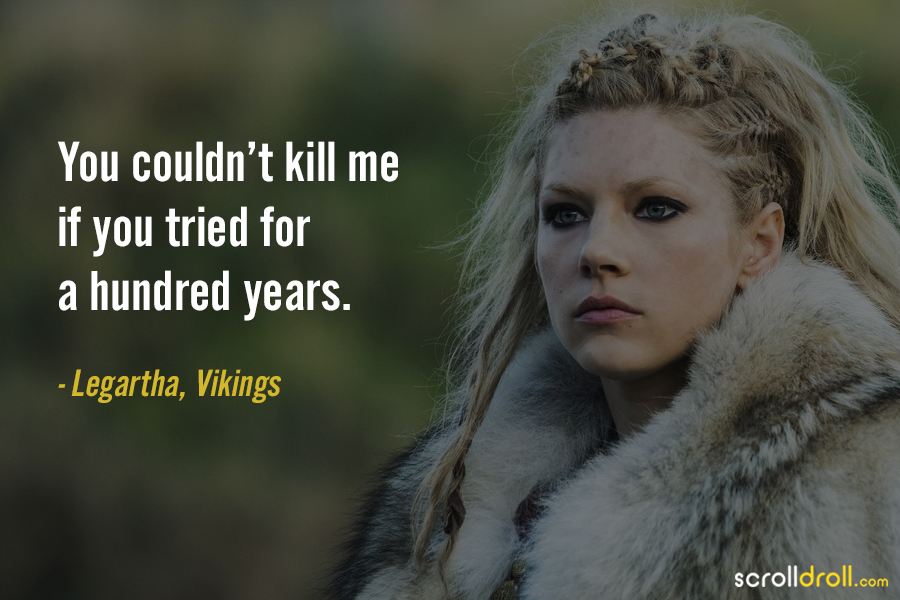 8. “It is true that the more complicated a person is, the more interesting he is. But at the same time, the more dangerous he is.”– King Ecbert 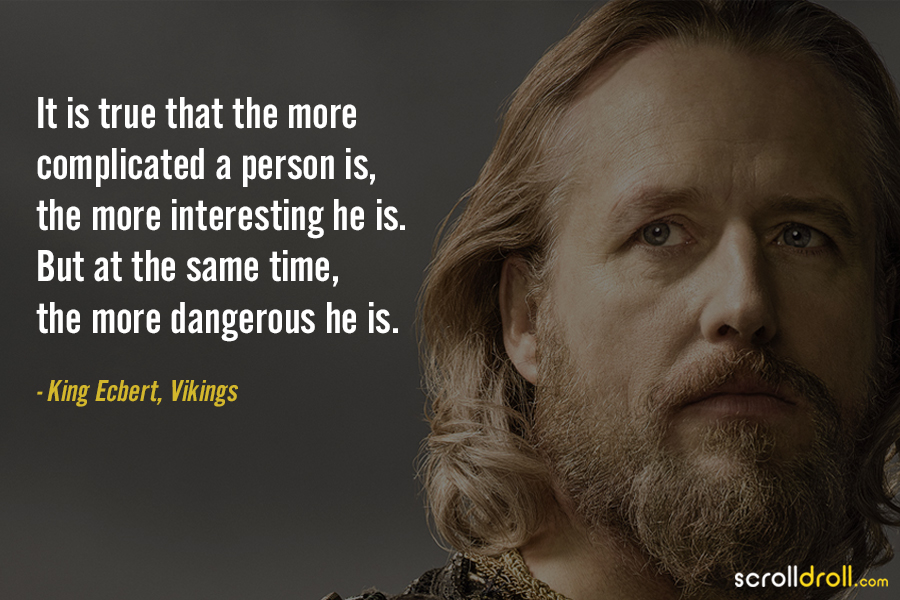 9.  “I don’t believe in the gods’ existence. Man is the master of his own fate, not the gods. The gods are man’s creation to give answers that they are too afraid to give themselves.” – Ragnar 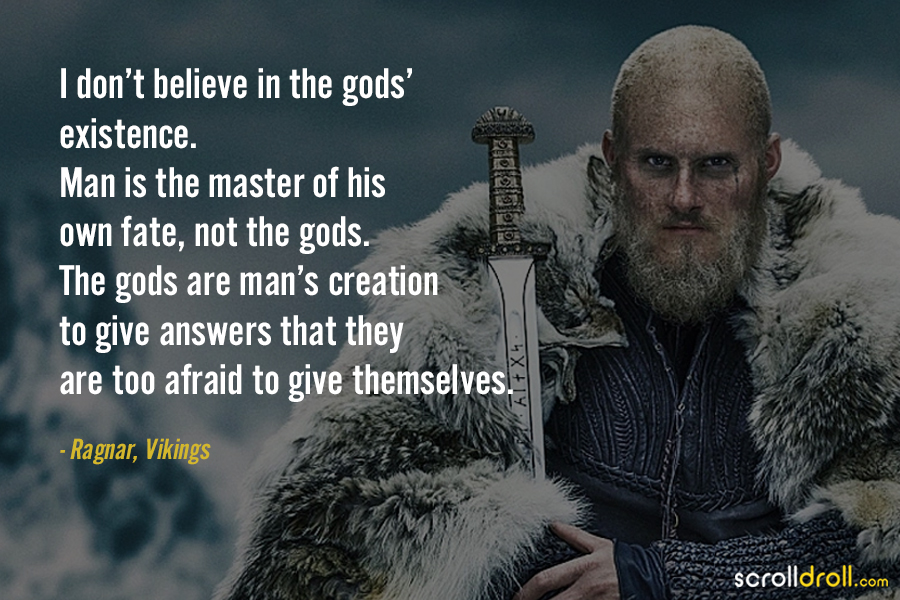 10. “It is all the same with we women. We just give birth to the slaughtered.”– Torvi 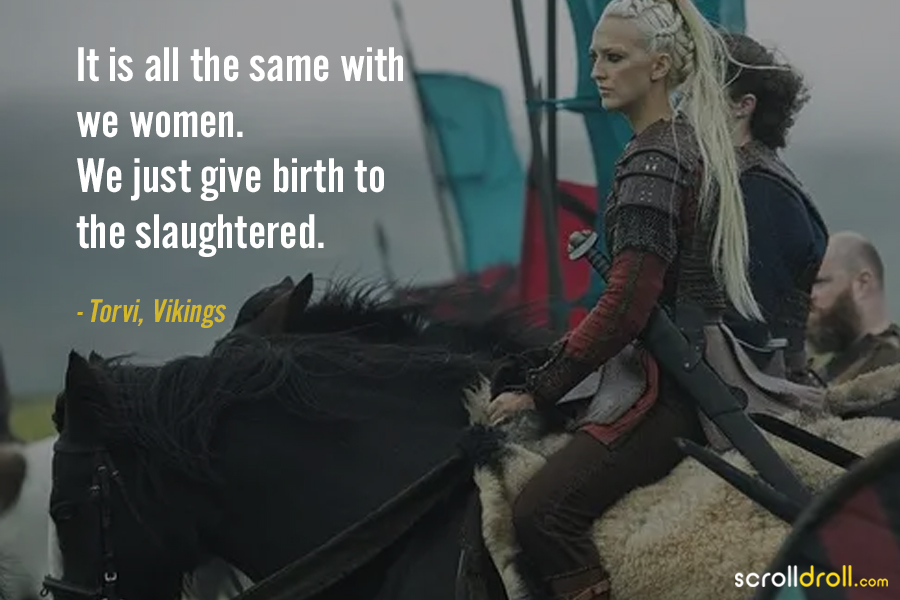 11. “It is always a strength to know the weakness of your friends.”– Siggy 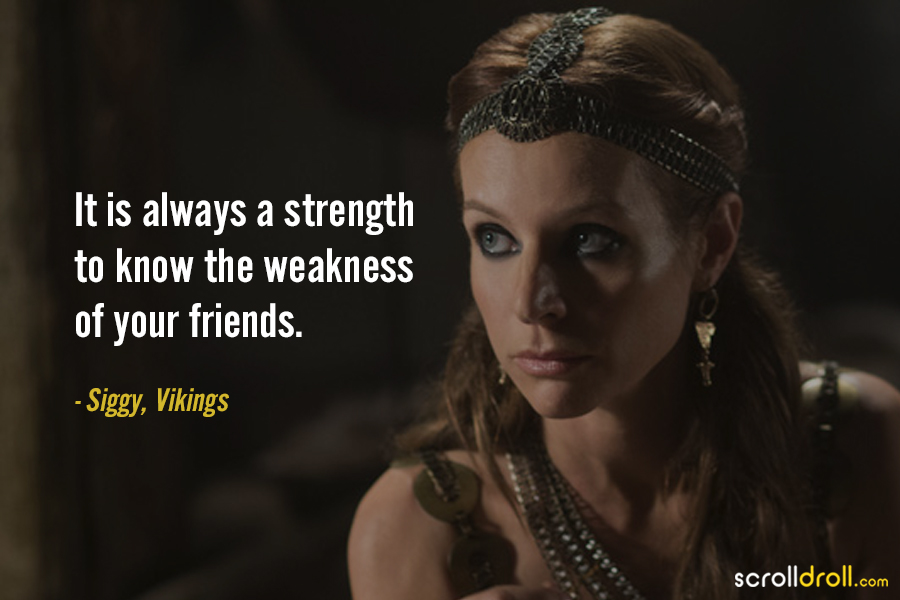 12. “Power is always dangerous. It attracts the worst and corrupts the best.”– Ragnar 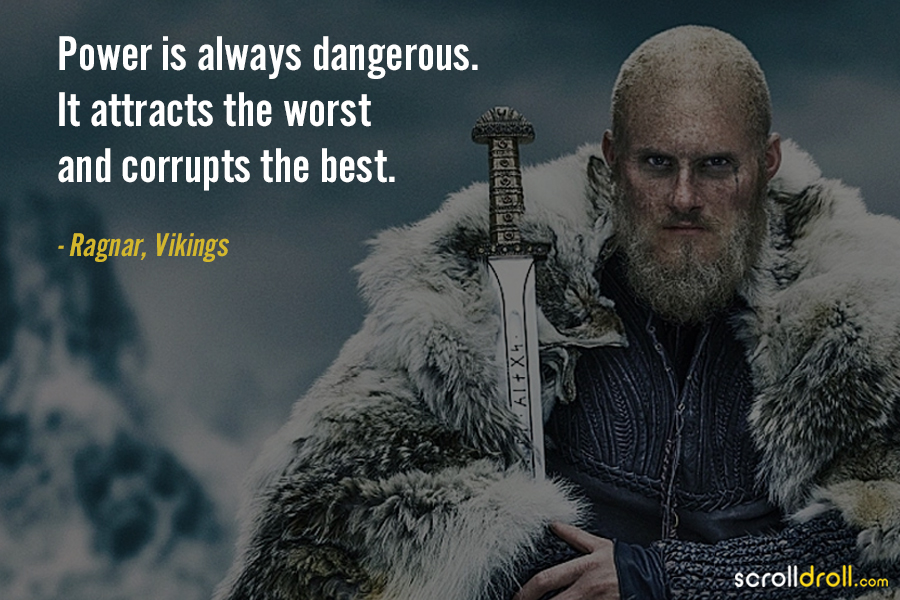 13. “The world is changing and we must change with it.”– Ragnar 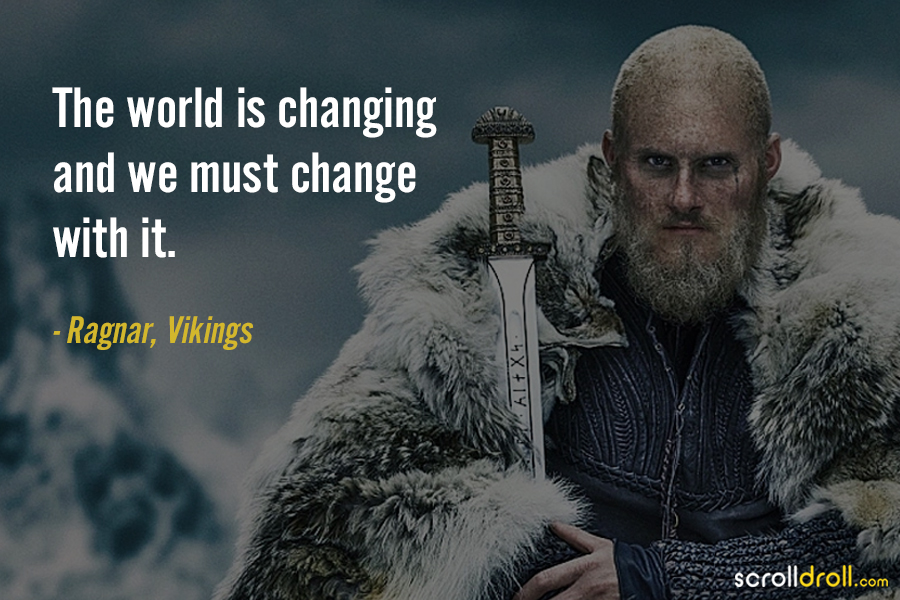 14. “You can all say whatever you want, but he was a human. People started to talk as if he was a god. He was not a god, he was a man! A man with many dreams and many failings.”– Björn 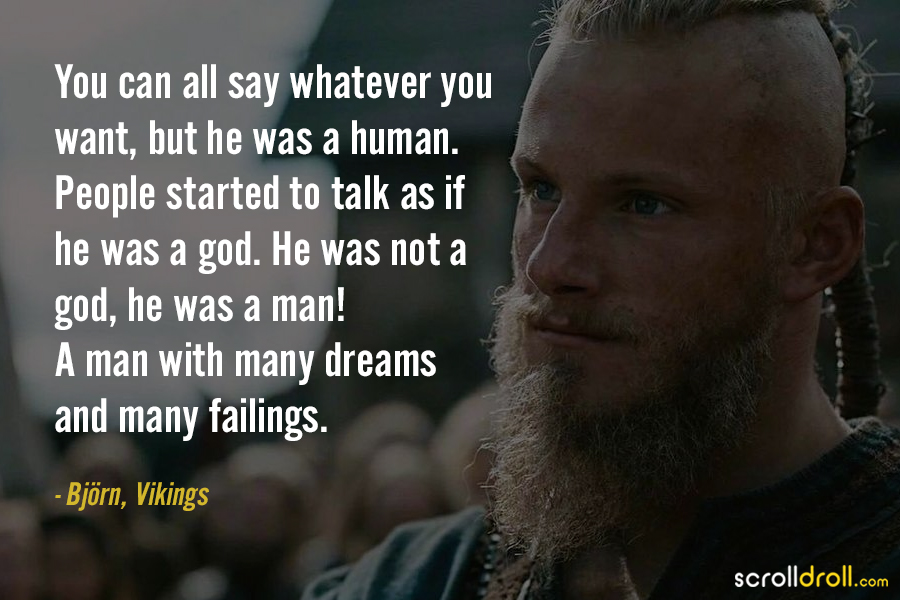 15. “A Viking never gives up on his revenge. This is who we are.”– Erlendur 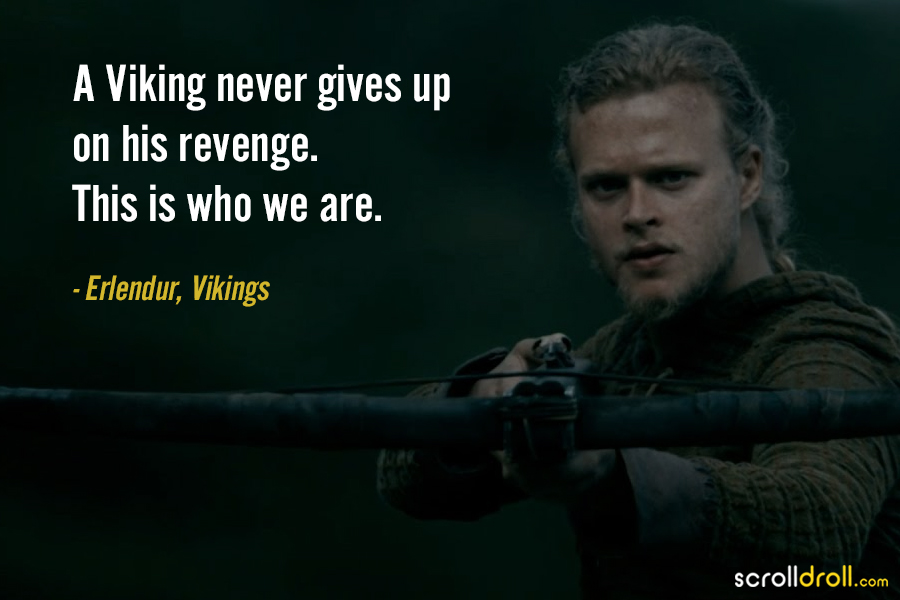 16. “Yes, I have made mistakes. life didn’t come with instructions.”– Ragnar 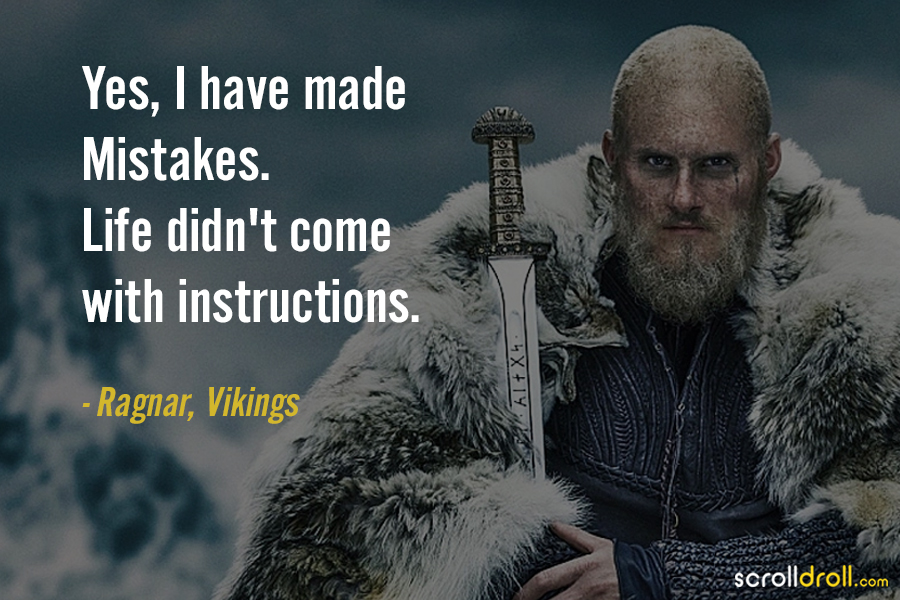 17. “The space between life and death, that’s where we are the most alive.”– Floki 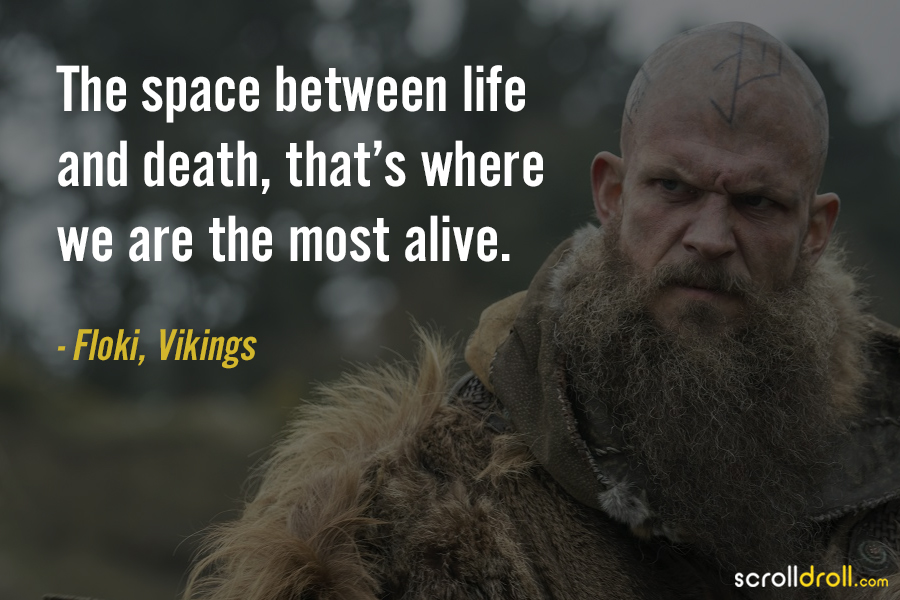 18. “What is it about the word ‘King’ that makes even reasonable people behave like idiots.”– Ivar 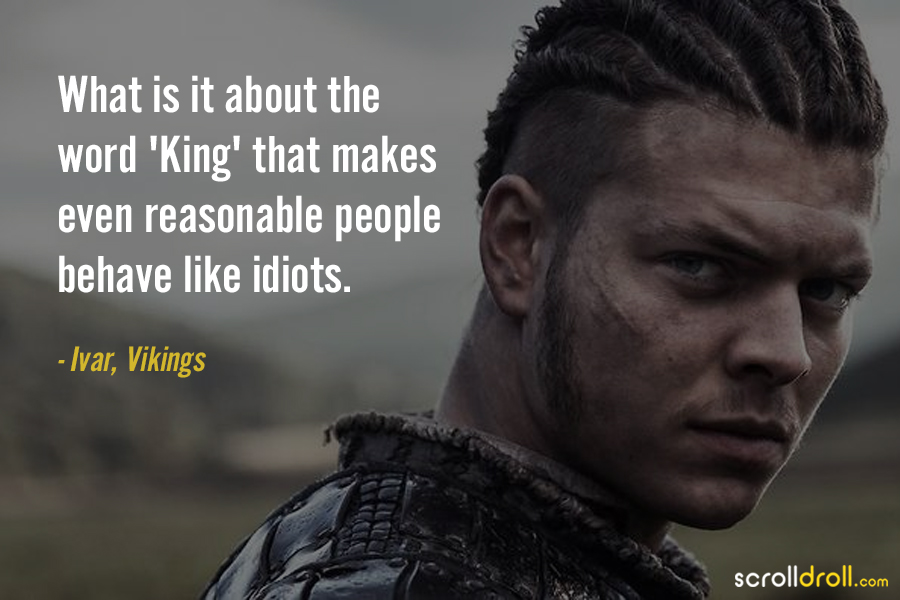 19. “Power is only given to those who are prepared to lower themselves to pick it up.” – Ragnar 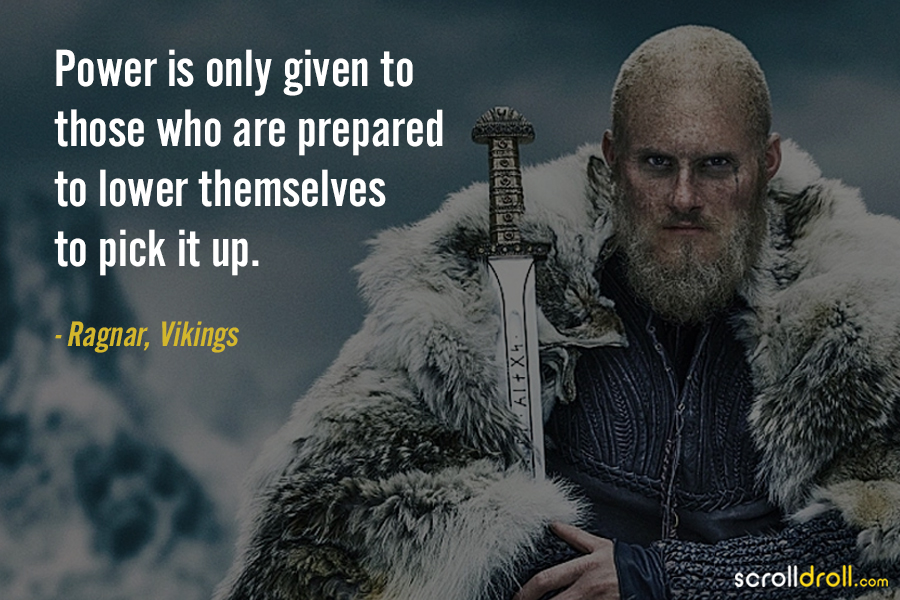 20. “In my world, I am constantly torn between killing myself or everyone around me.”– Ragnar

Which of these quotes from Vikings did you like the best? Do let us know in the comments section. Also, if you are interested in more such dialogues and quotes then click here.