A picture speaks a thousand words, holds a million thoughts, and preserves a billion memories. Just the thought of capturing a moment is so aesthetically pleasing and soothing. In a world where time passes faster than we can fathom, photographers have the power to preserve emotions in digitalized canvases. Isn’t that simply beautiful? Let’s have a look at some of the most beautiful and inspiring quotes on photography that will make your day. Here are some of the best quotes on photography!

Also read: 20 Quotes About Chasing Dreams That’ll Keep The Spark Alive In You

1. “When words become unclear, I shall focus with photographs. When images become inadequate, I shall be content with silence.”
– Ansel Adams 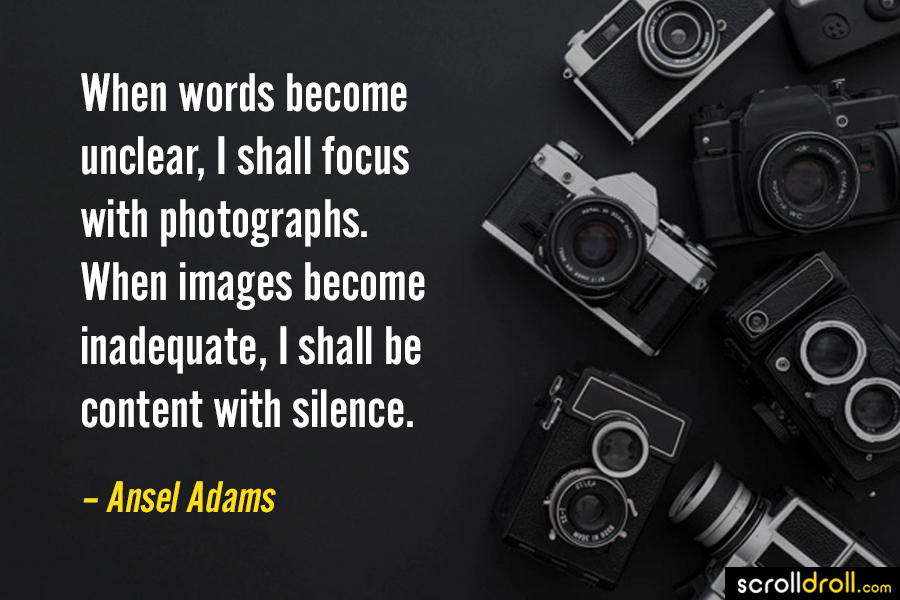 2. “I go and get the camera and do it. Photography is a medium in which if you don’t do it then, very often you don’t do it at all, because it doesn’t happen twice.”
– Paul Strand 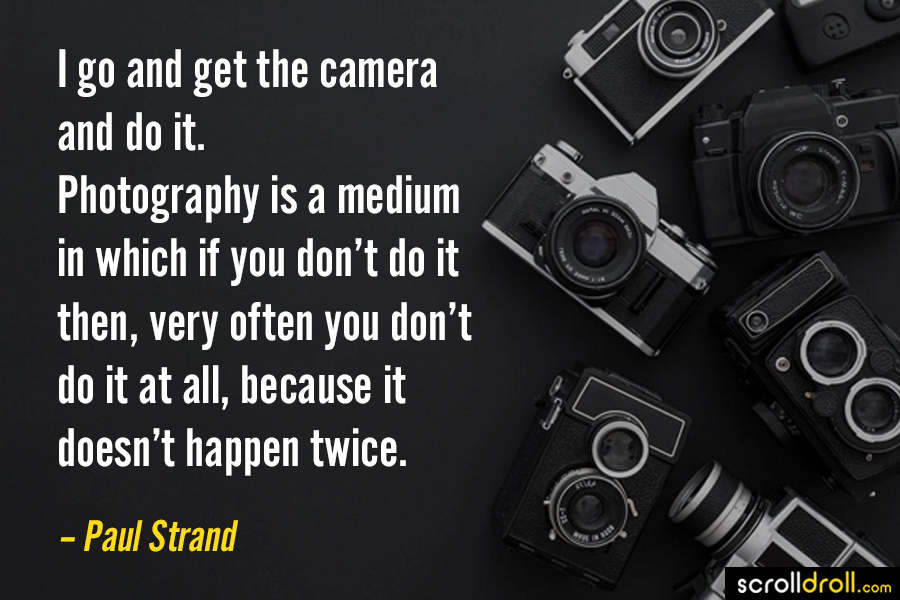 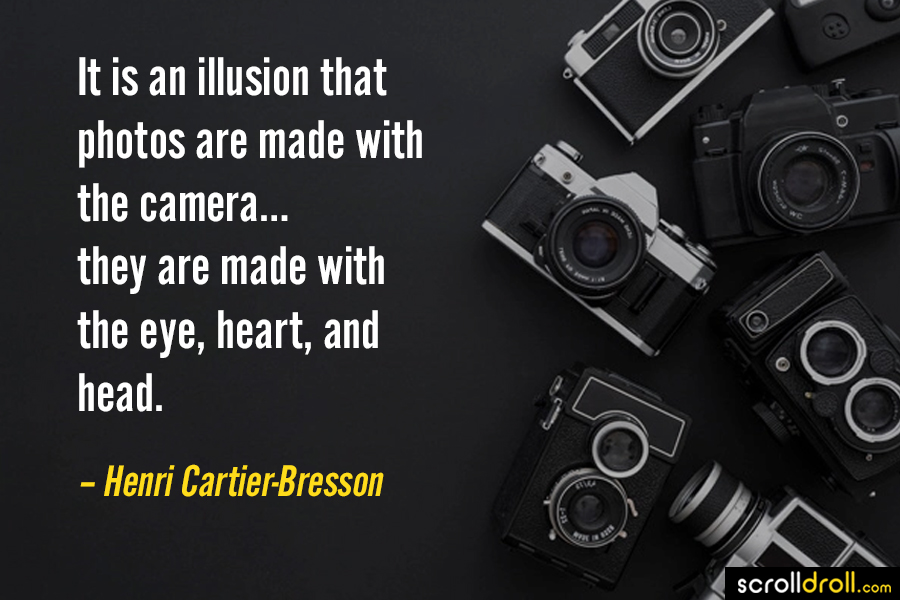 4. “The photo that you took with your camera is the imagination you want to create with reality.”
– Scott Lorenzo 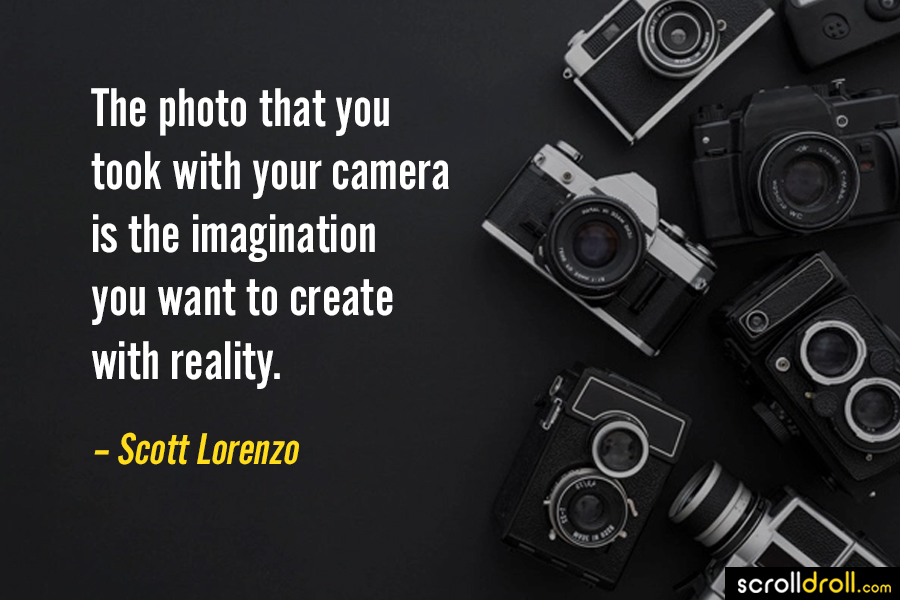 5. “Photography is a way of feeling, of touching, of loving. What you have caught on film is captured forever… It remembers little things, long after you have forgotten everything.”
– Aaron Siskind 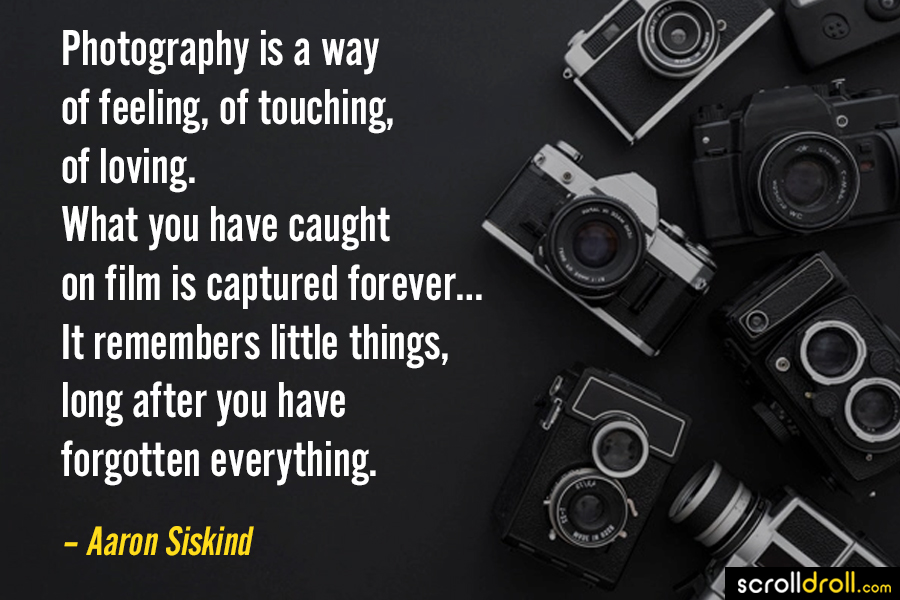 6. “If the photographer is interested in the people in front of his lens, and if he is compassionate, it’s already a lot. The instrument is not the camera but the photographer.”
– Eve Arnold 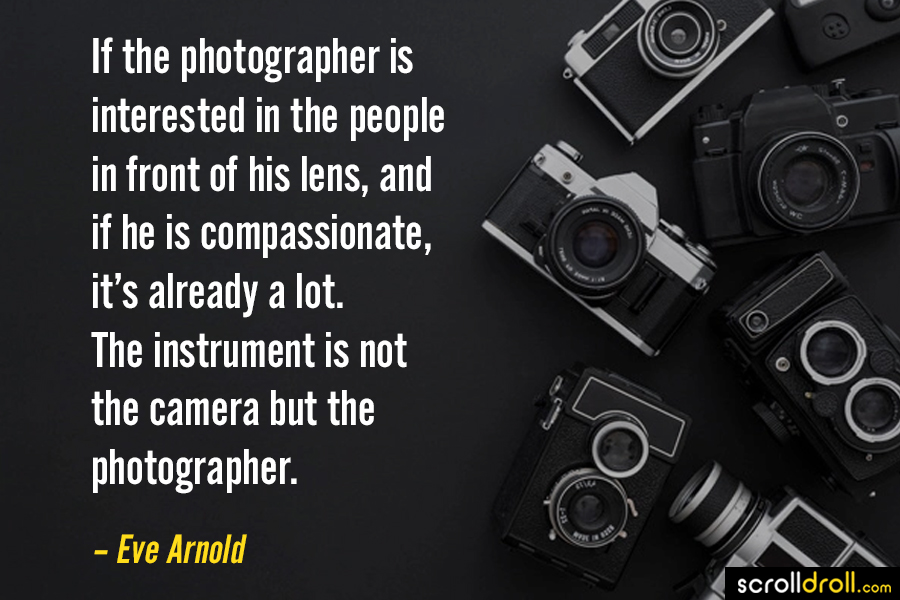 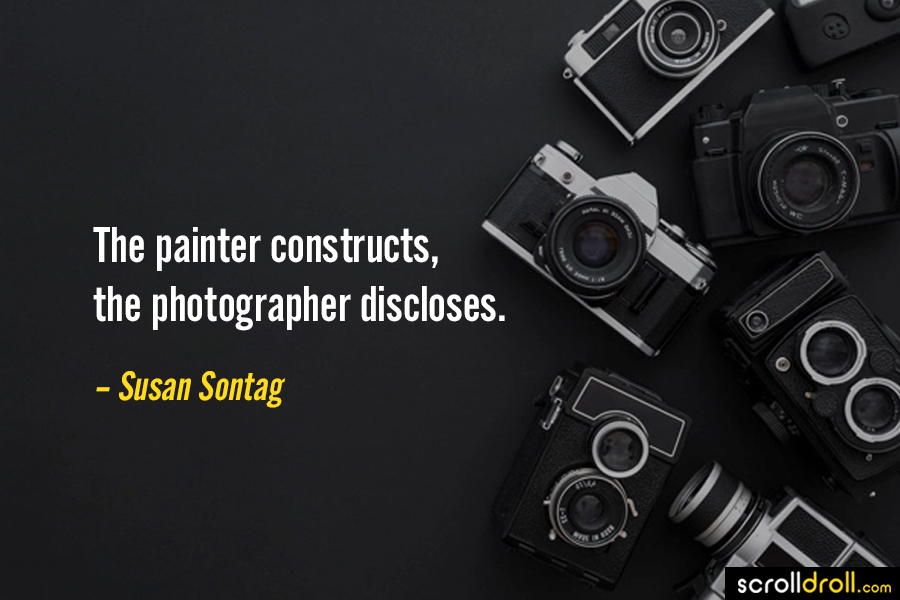 8. “Taking pictures is savoring life intensely, every hundredth of a second.”
– Marc Riboud 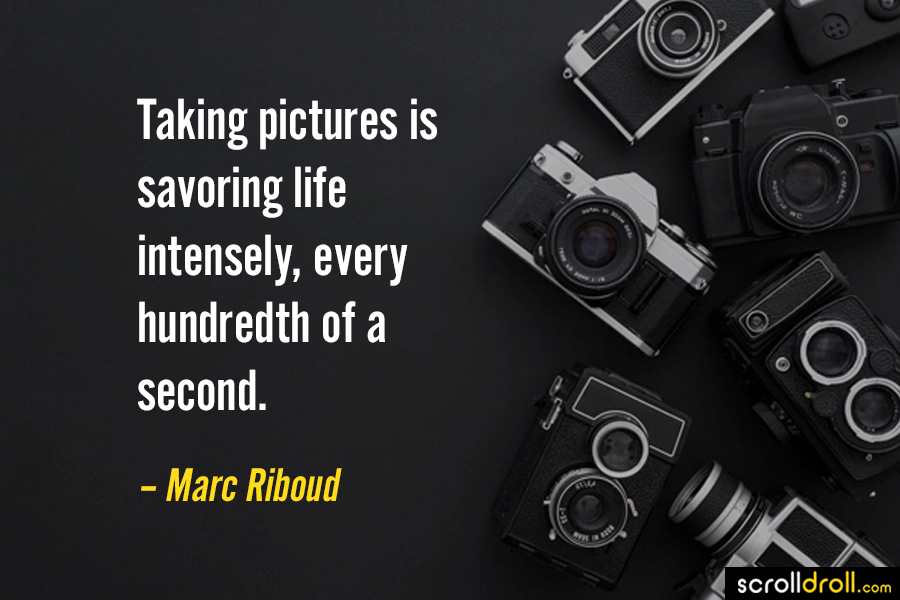 9. “Taking pictures is like tiptoeing into the kitchen late at night and stealing Oreo cookies.”
– Diane Arbus 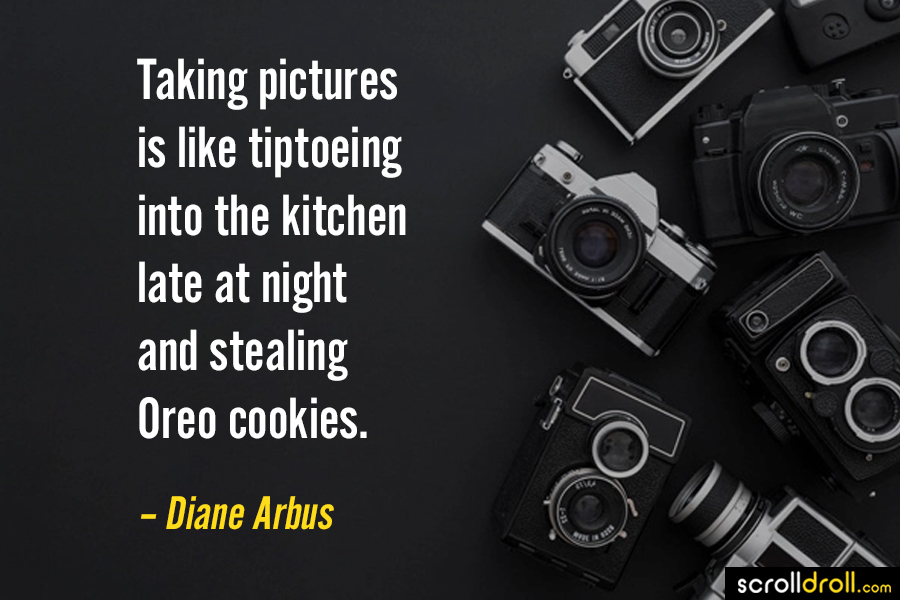 10. “Life is like a camera. Just focus on what’s important and capture the good times, develop from the negatives, and if things don’t work out, just take another shot.”
– Anon 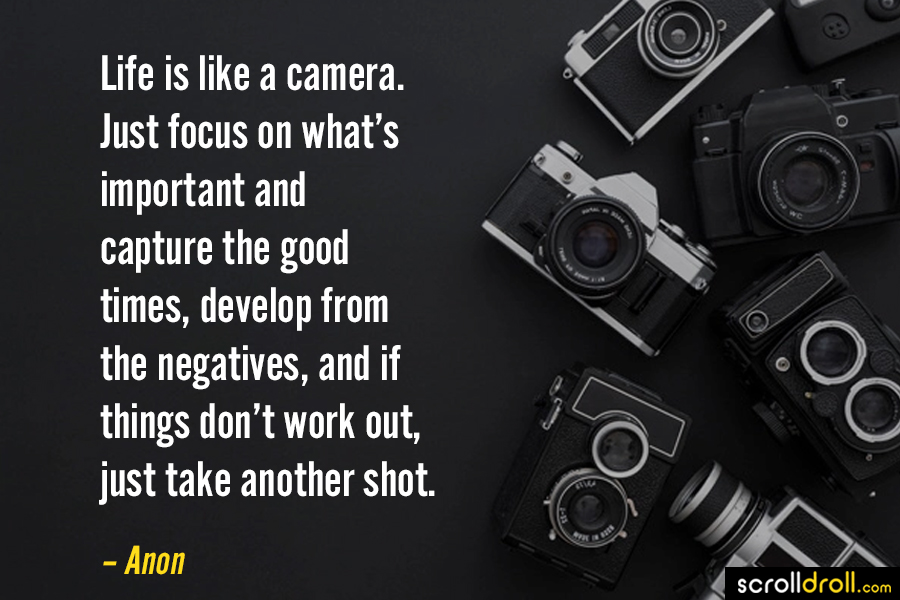 11. “Photography is the simplest thing in the world, but it is incredibly complicated to make it really work.”
– Martin Parr 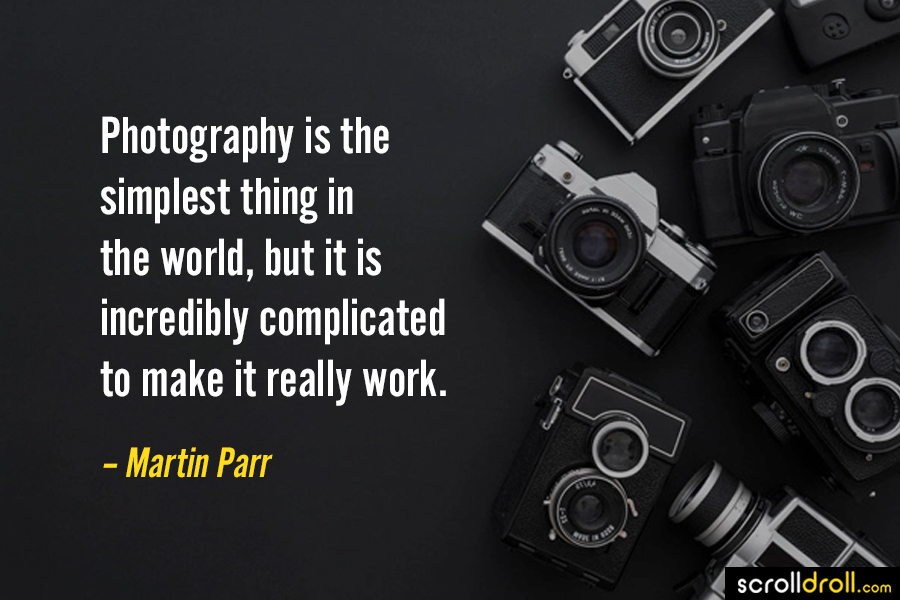 12. “To me, photography is the simultaneous recognition, in a fraction of a second, of the significance of an event.”
– Henri Cartier-Bresson 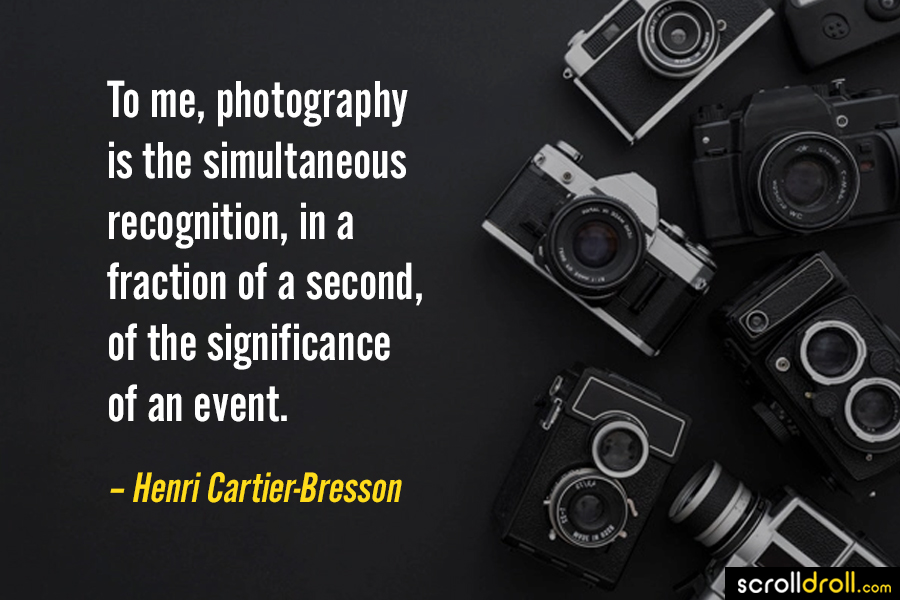 13. “What I like about photographs is that they capture a moment that’s gone forever, impossible to reproduce.”
– Karl Lagerfeld 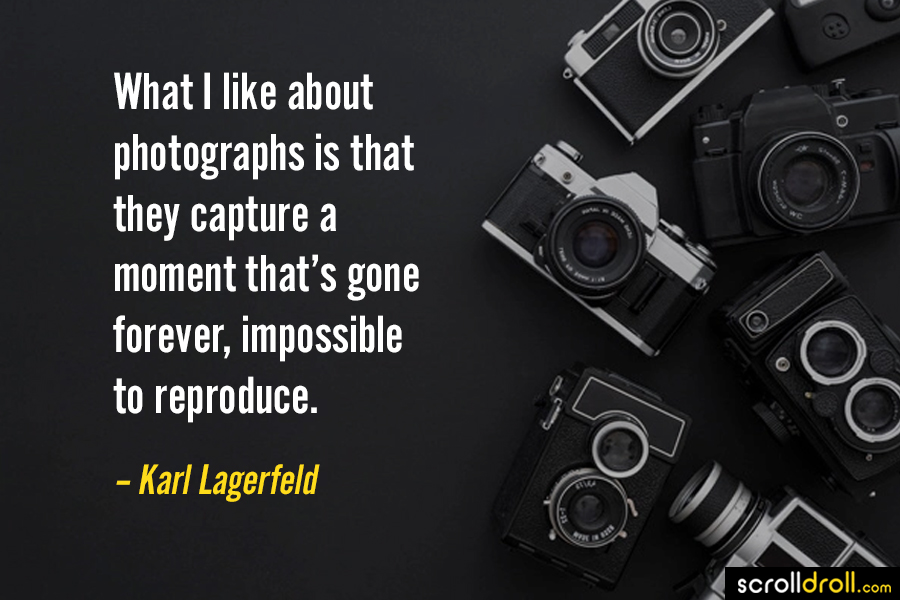 14. “If I could tell the story in words, I wouldn’t need to lug around a camera.”
– Lewis Hine 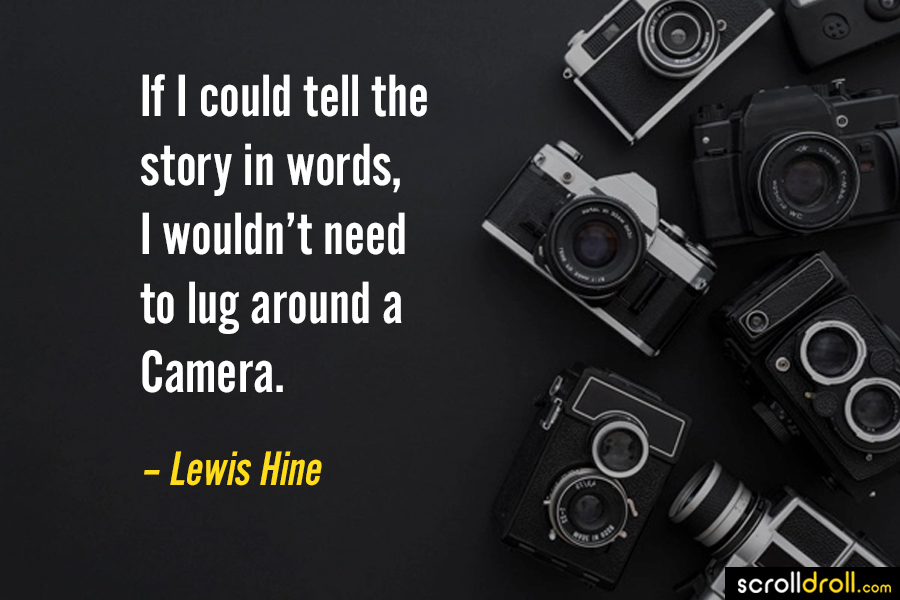 15. “The camera is an instrument that teaches people how to see without a camera.”
– Dorothea Lange 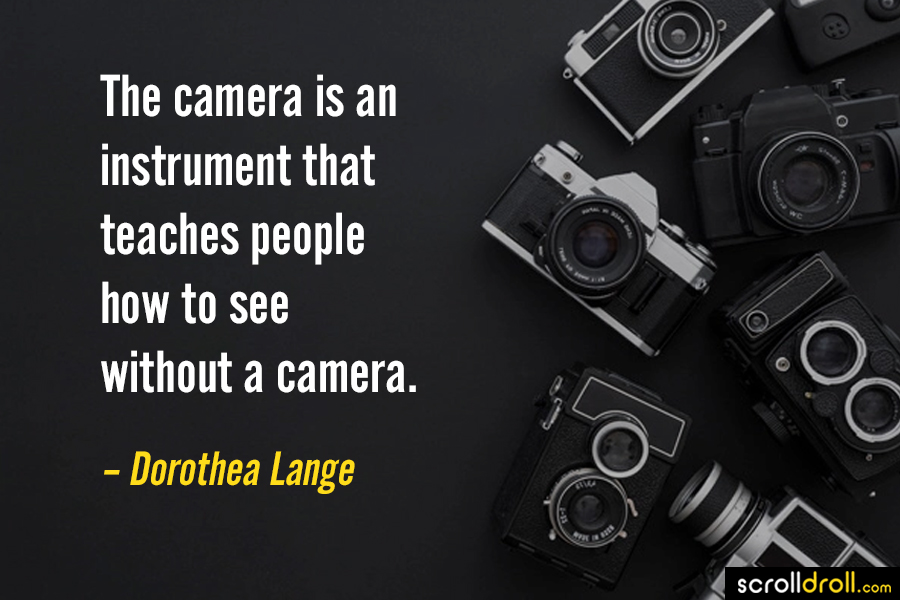 16. “Once you learn to care, you can record images with your mind or on film. There is no difference between the two.”
– Anon 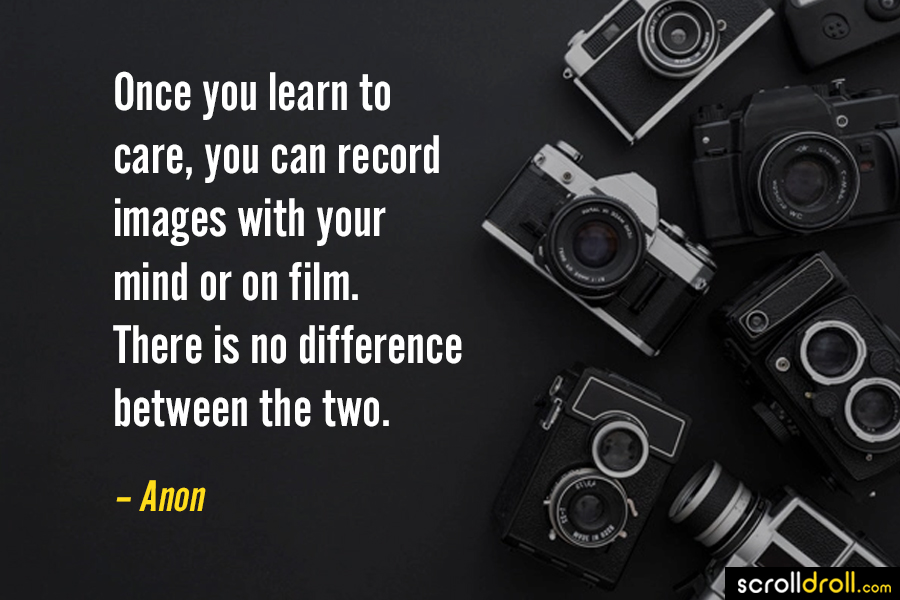 17. “Light makes photography. Embrace light. Admire it. Love it. But above all, know light. Know it for all you are worth, and you will know the key to photography.”
– George Eastman 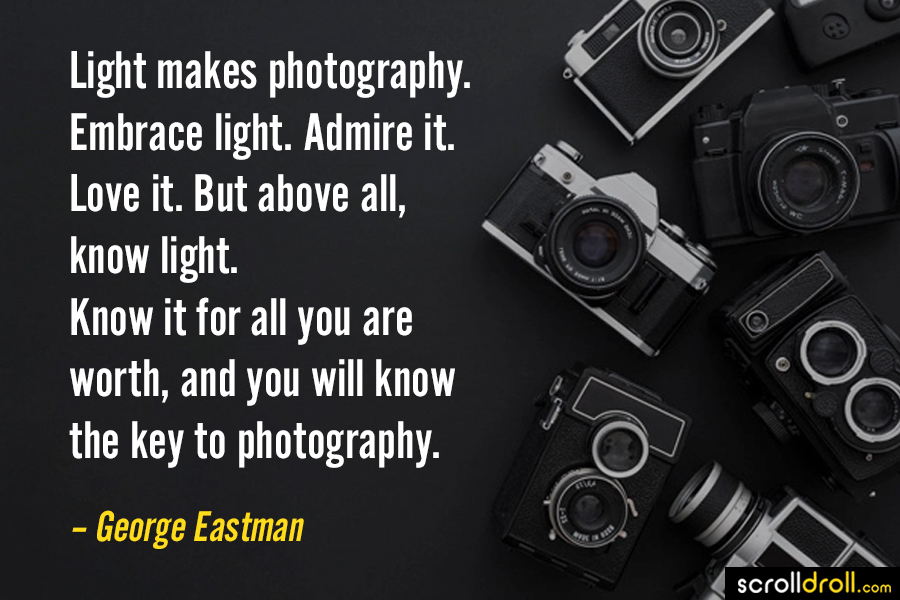 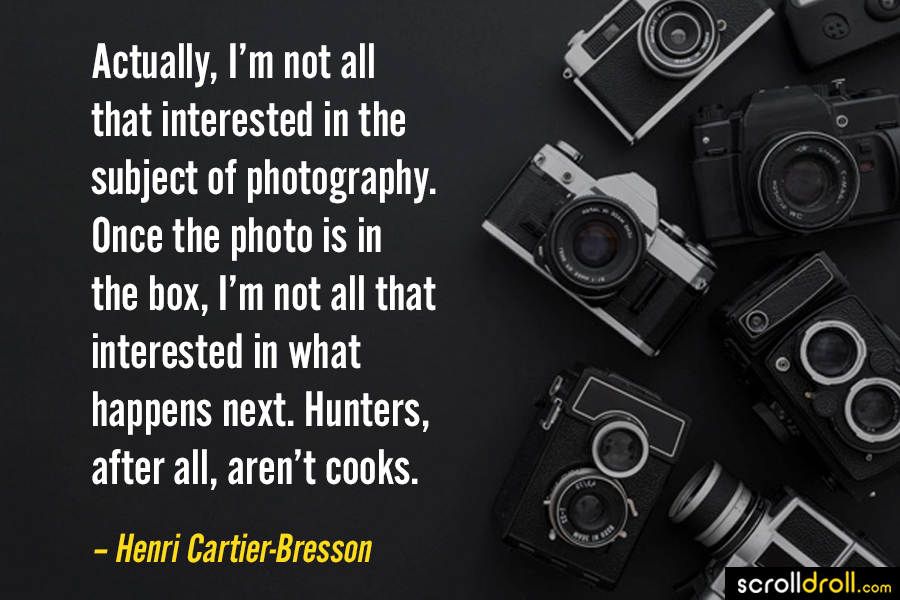 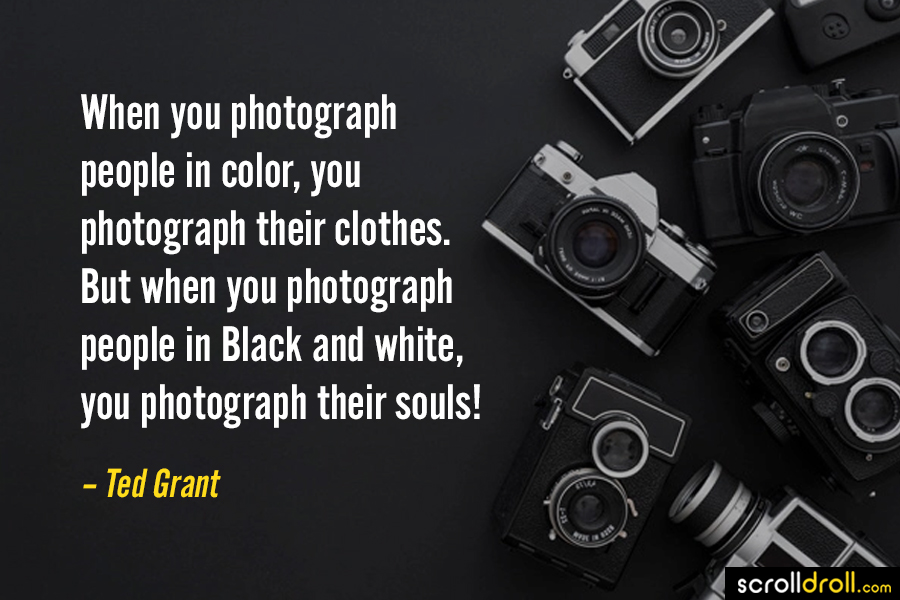 20. “We keep this love in a photograph
We made these memories for ourselves
Where our eyes are never closing
Hearts are never broken
And time’s forever frozen, still” 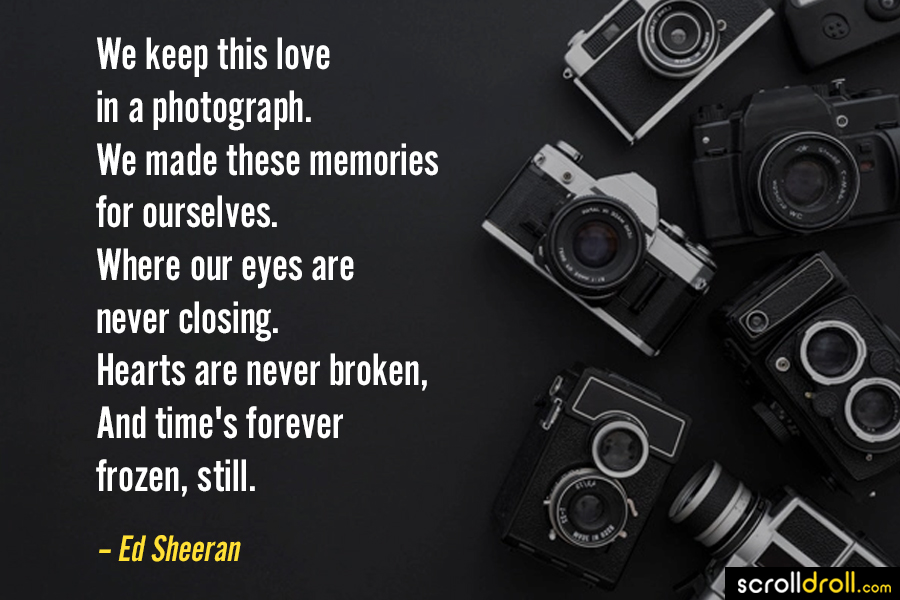 So, these were some of the best quotes on photography that’ll inspire all the camera enthusiasts and shutterbugs. For more such quotes check out this section- Quotes.