The Favourite No. 3 batsman for India. The Wall, Mr. Dependable, a heart-throb for some, get the hint? Yes, It’s Rahul Dravid we’re talking about. The man who was a shield for the Indian team in all the years he played, a master of his craft who was better known for his humility on and off the field. He amassed fans across the globe through his dedication for the game and his pursuit of perfection.

We bring you 15 Quotes by the stalwarts of the game on Rahul Dravid that’ll make you swell with pride. Read on.

1. When the ‘God’ struggles to follow your path, you know you’ve done something right. 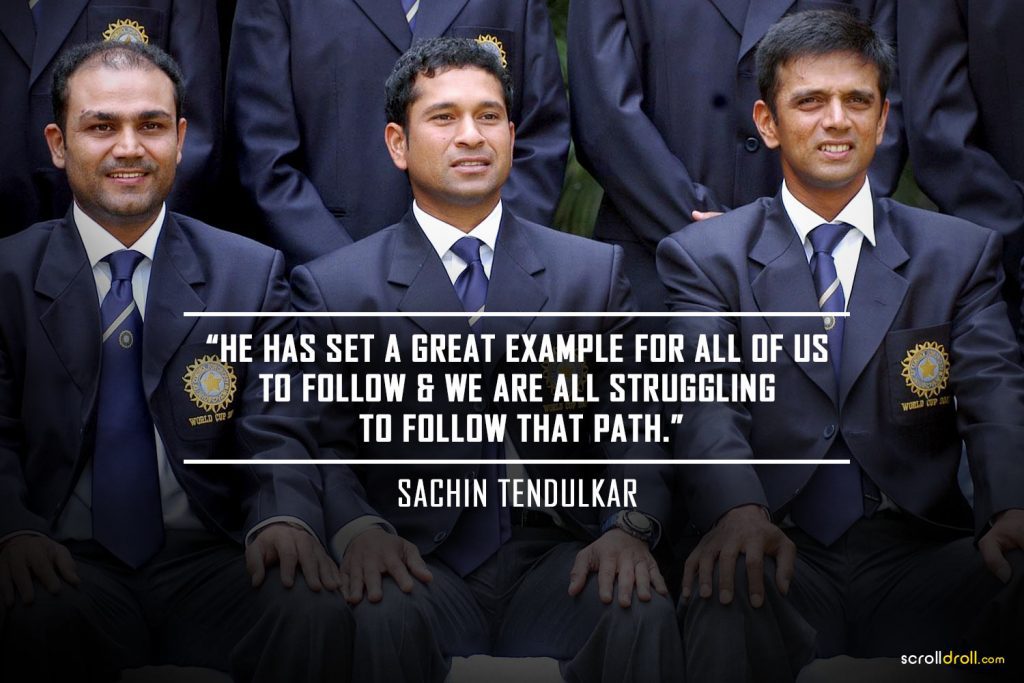 2. Did you know Dravid wrote the foreword to Steve Waugh’s autobiography? Nice guys finish last, not him. 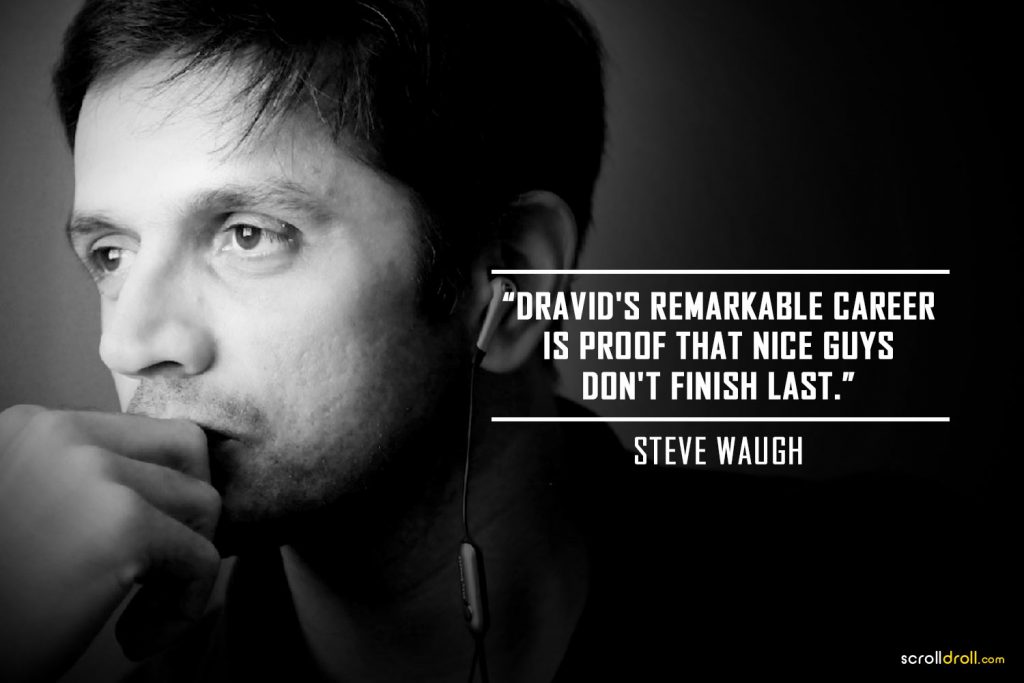 3. The world will definitely have another great batsman, but he’ll always remain the batsman whose demeanor and instincts perfectly suited the game of cricket. 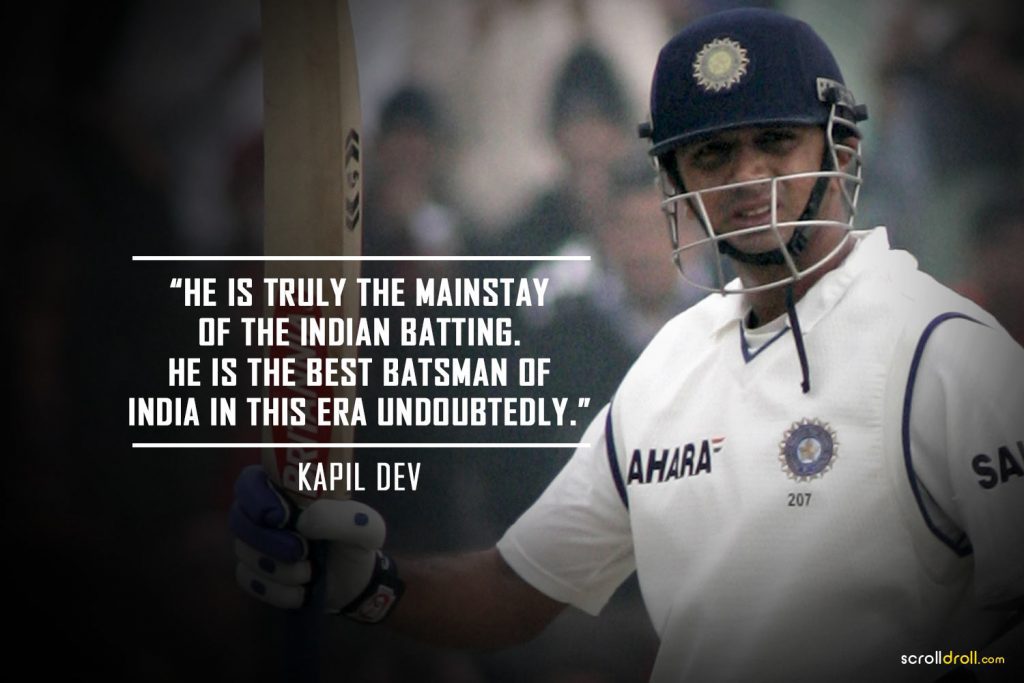 4. Dravid admitted he was talented at cricket since young, but to reach where he did, he worked really hard, driven by the desire to do justice to that gifted talent. 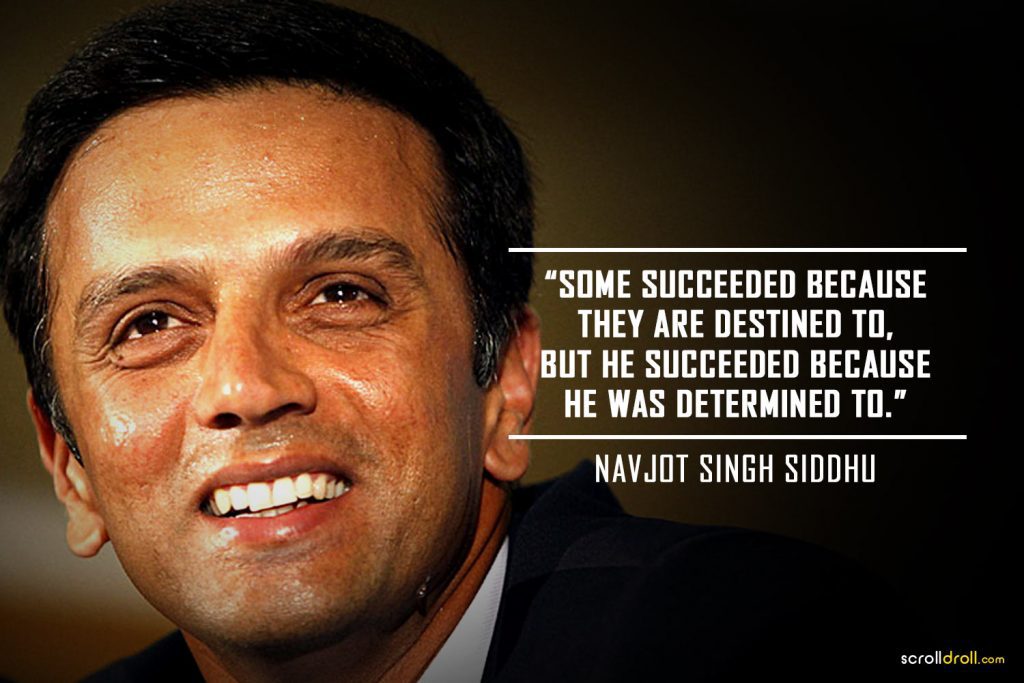 5. Strikingly selfless, that’s what describes him best. Donning every role that was required of him. The opener, middle order, wicket-keeper, bowler, Dravid was always there for the pack. 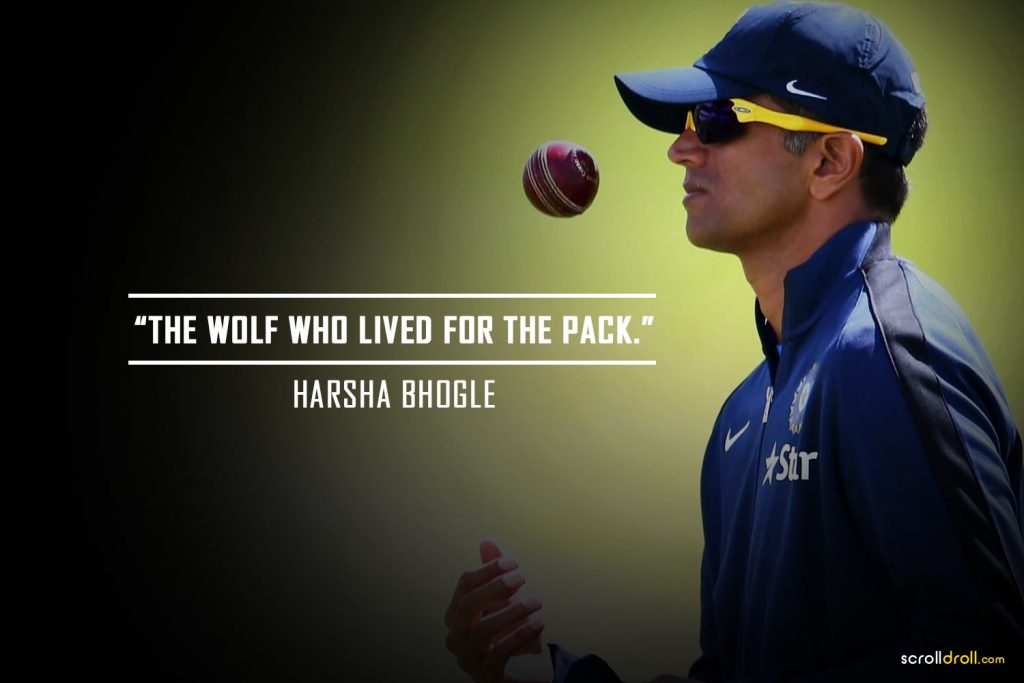 6. Extremely skilled, empathetic and sensitive without any cockiness, Rahul Dravid has been zero macho but still managed to impress the meanest of the players… 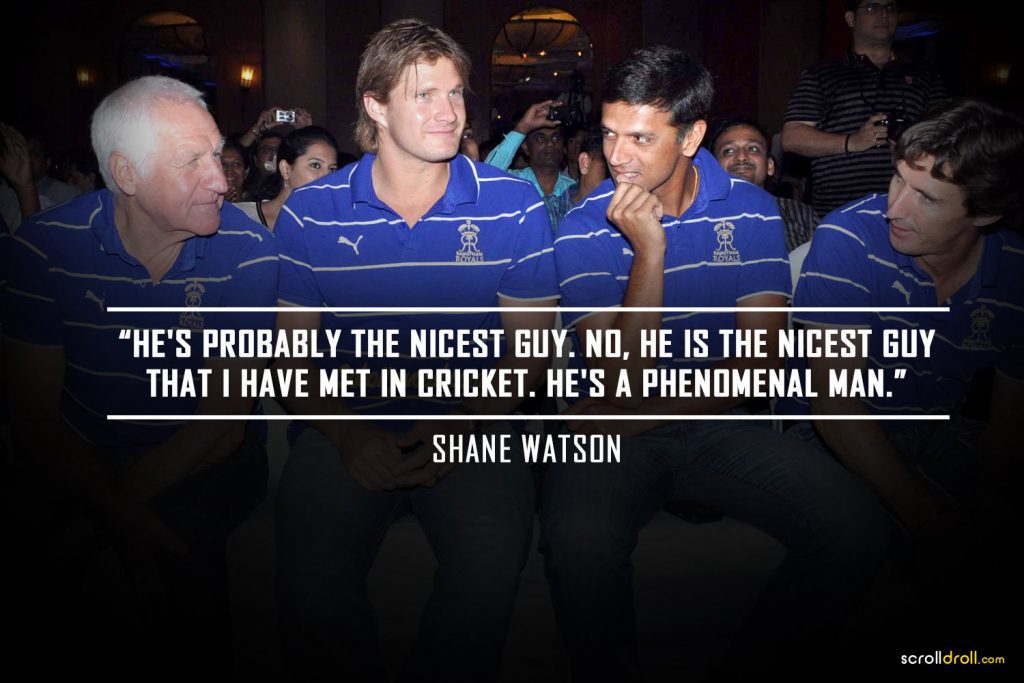 7. Dravid weaved his innings like a magical craftsman. No wonder it’s hard for someone to pick their favorite Dravid innings. 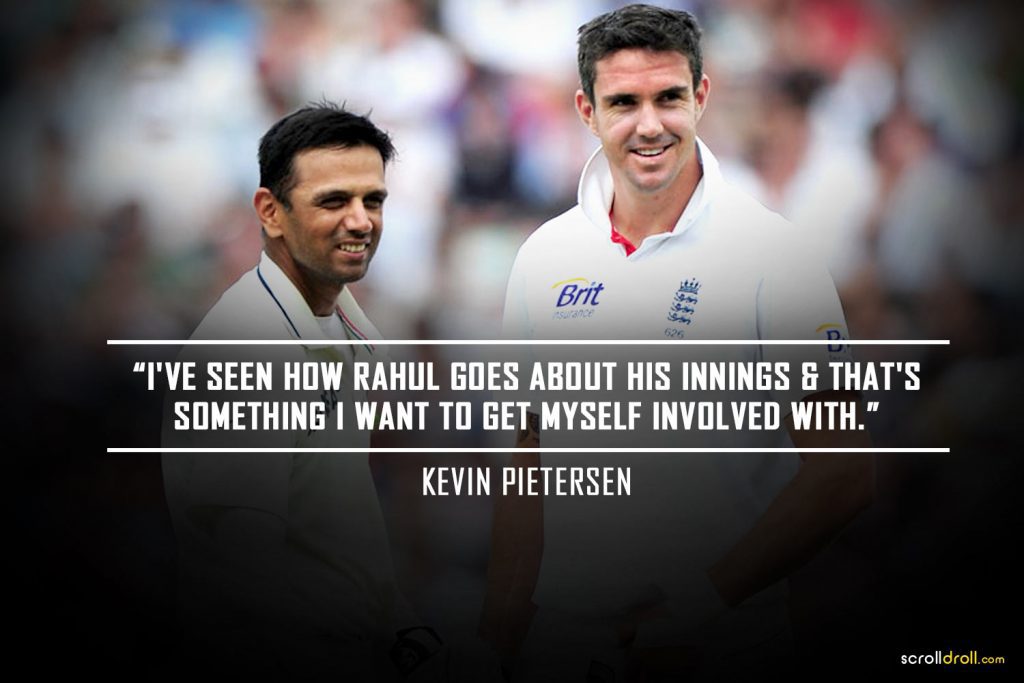 8. If you’ve been a true cricket fan, your eyes might get numb at this one. Batting time, a dying art was mastered by the great batsman and we’ll forever miss the craft and dignity he brought to the ground whenever he came out to play. 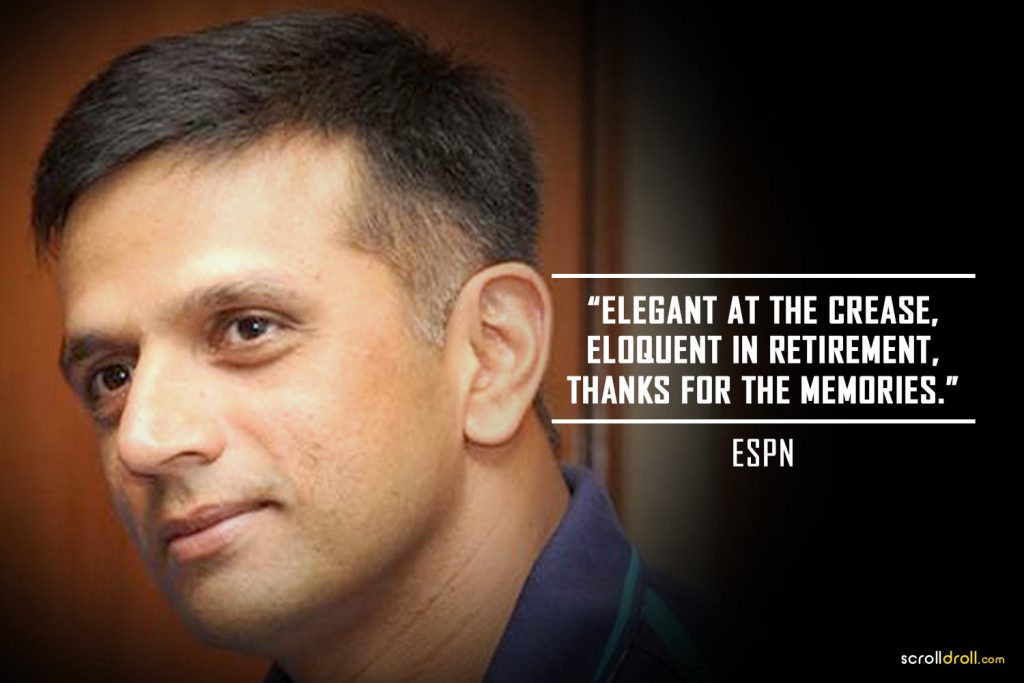 9. That name will always be missed, as of the greats always do. 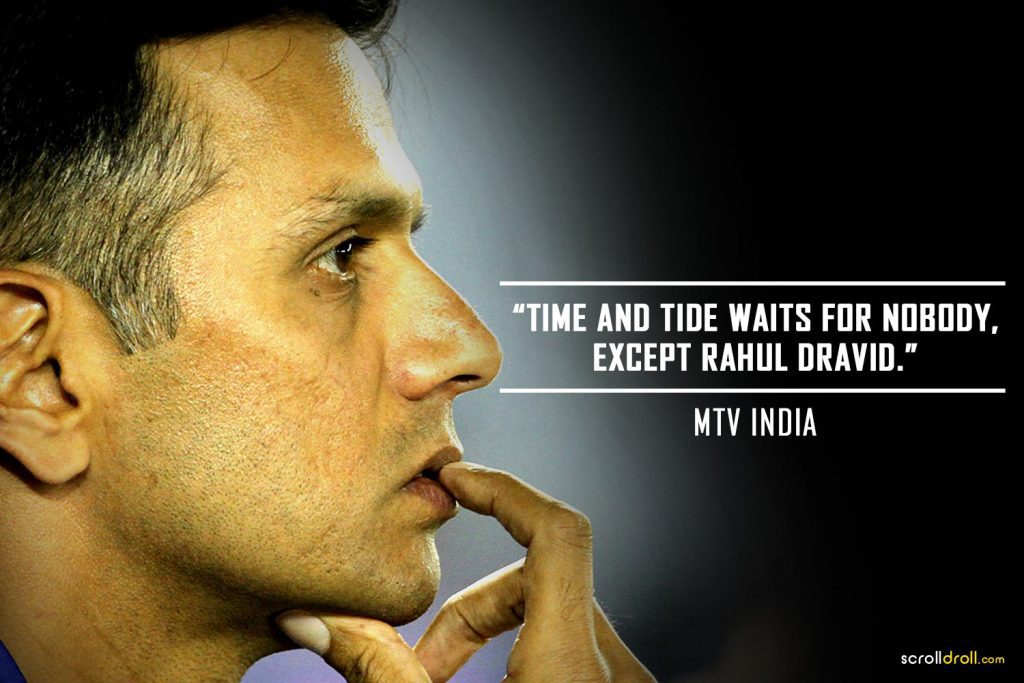 10. Coming from the most explosive batsman in the world, this shows how good Jammy was at his craft. He played in all forms of the game, at all positions from 1 to 7, he was always looking for opportunities to elevate his game. 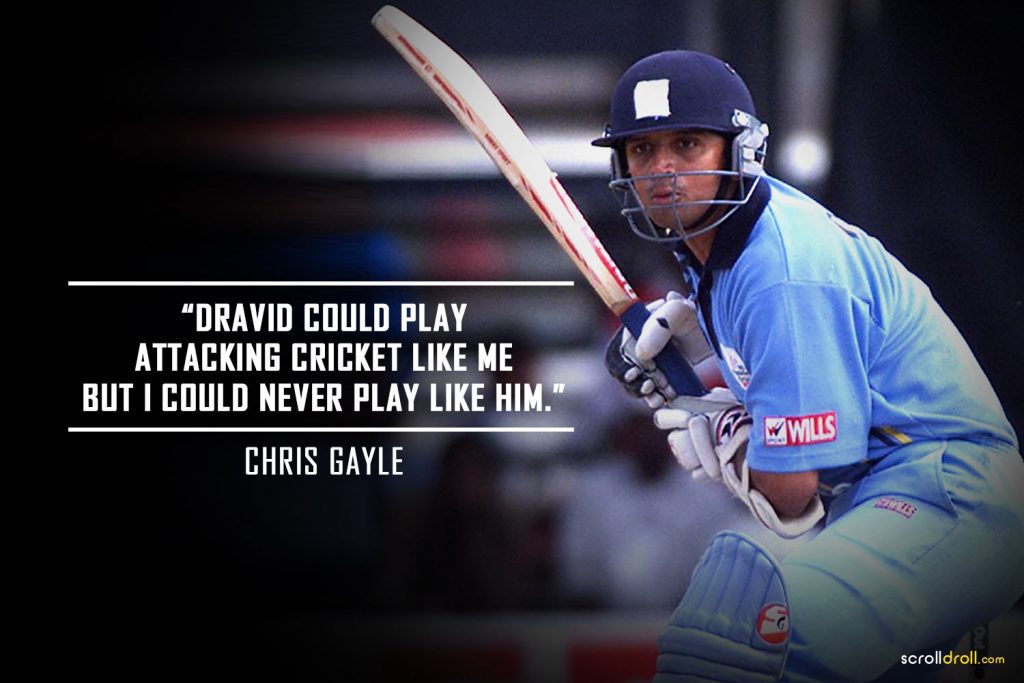 11. Mr. Dependable. Yep, that’s what he was. No matter what the circumstances, always constant. 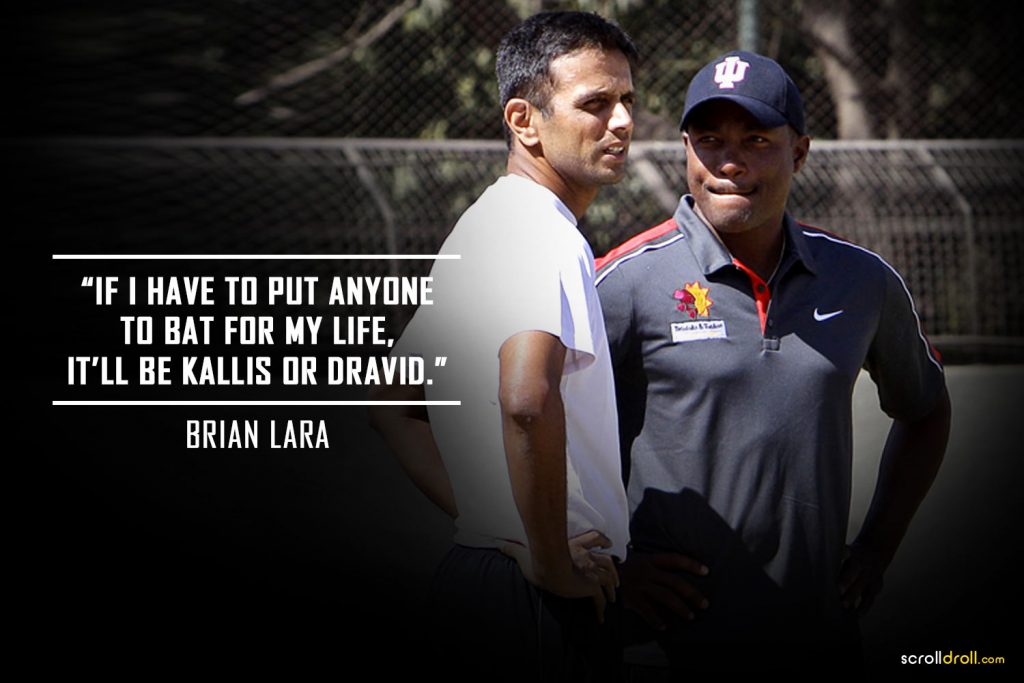 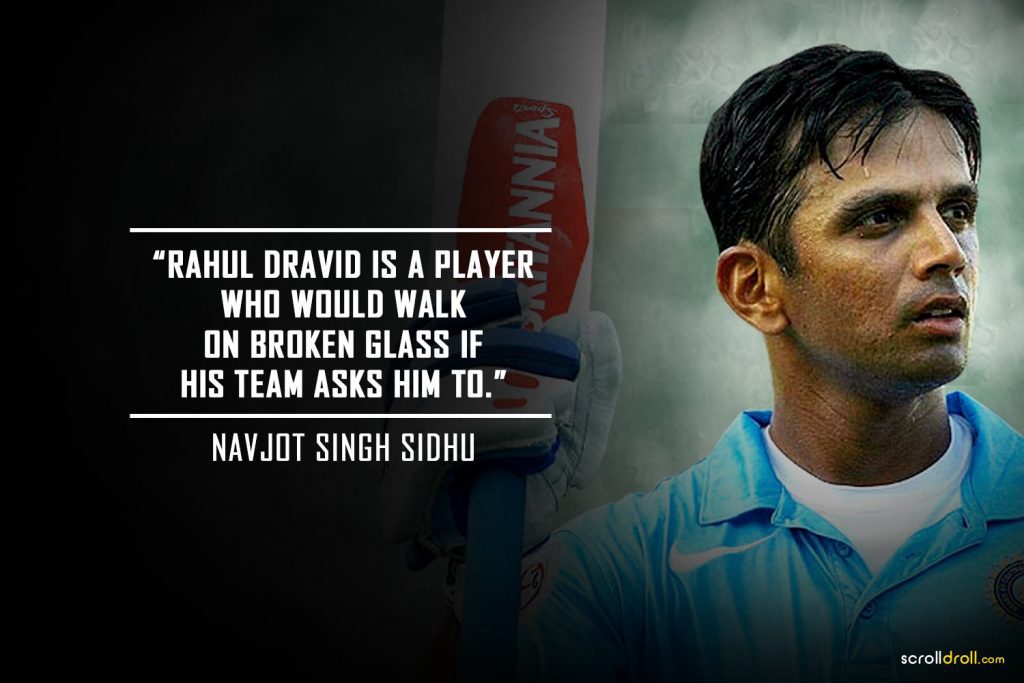 13. He never believed in parading his aggression, rather used it to build great innings brick by brick. 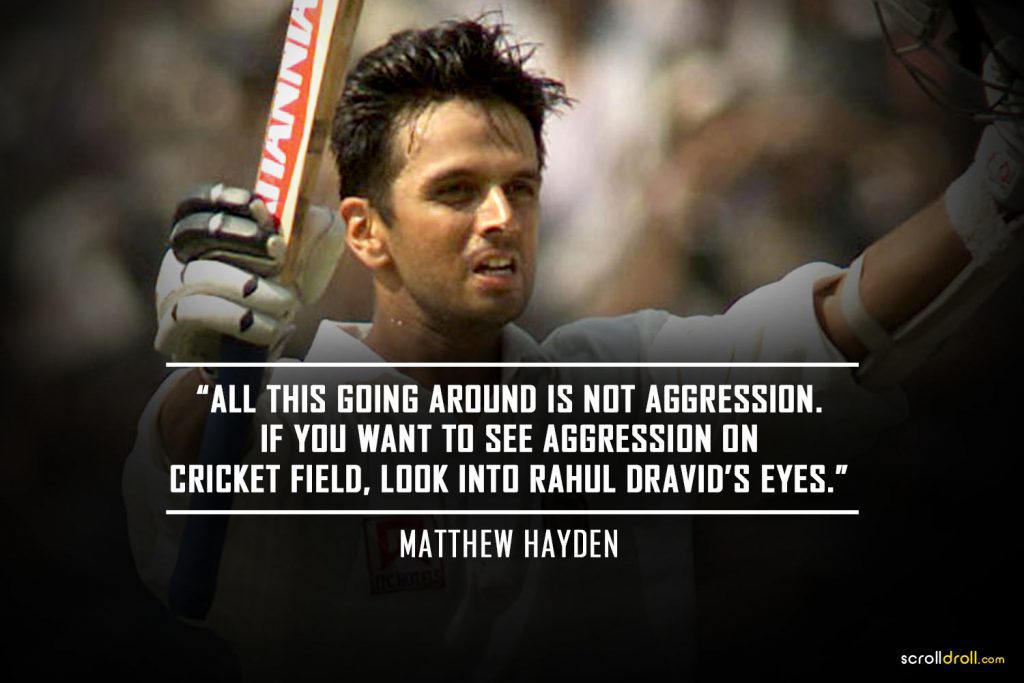 14. A whole generation of Indian team trusted Jammy, whenever stability was questioned. 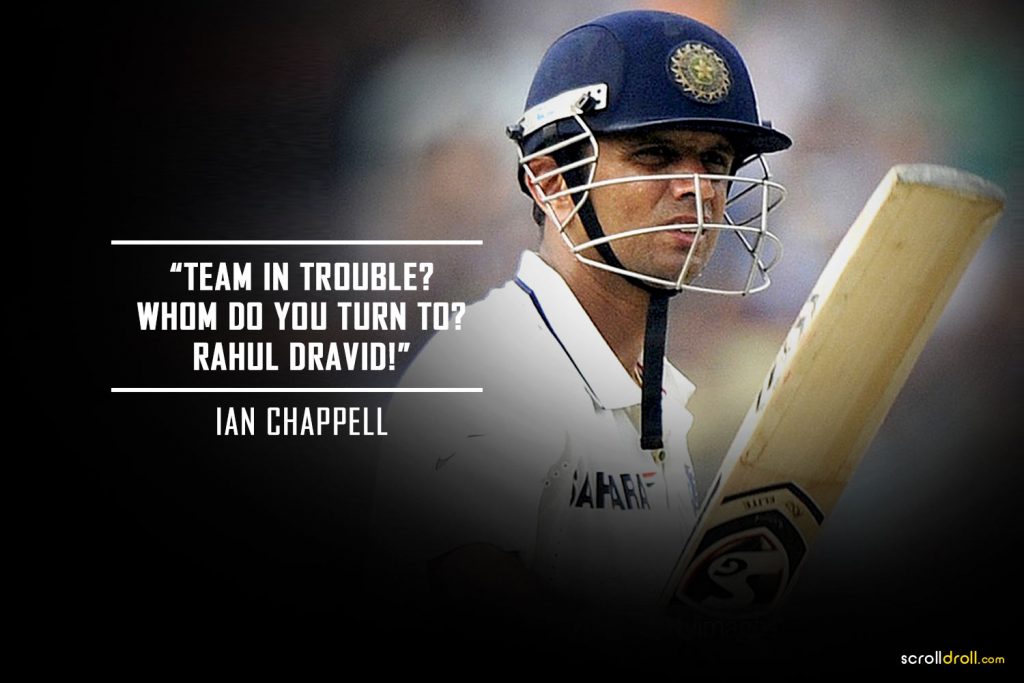 15. Rahul Dravid never flattered anyone. He just stood there silently completing his duties without drawing any attention. Restrained and courteous, if you can’t get along with someone like him, God helps you… 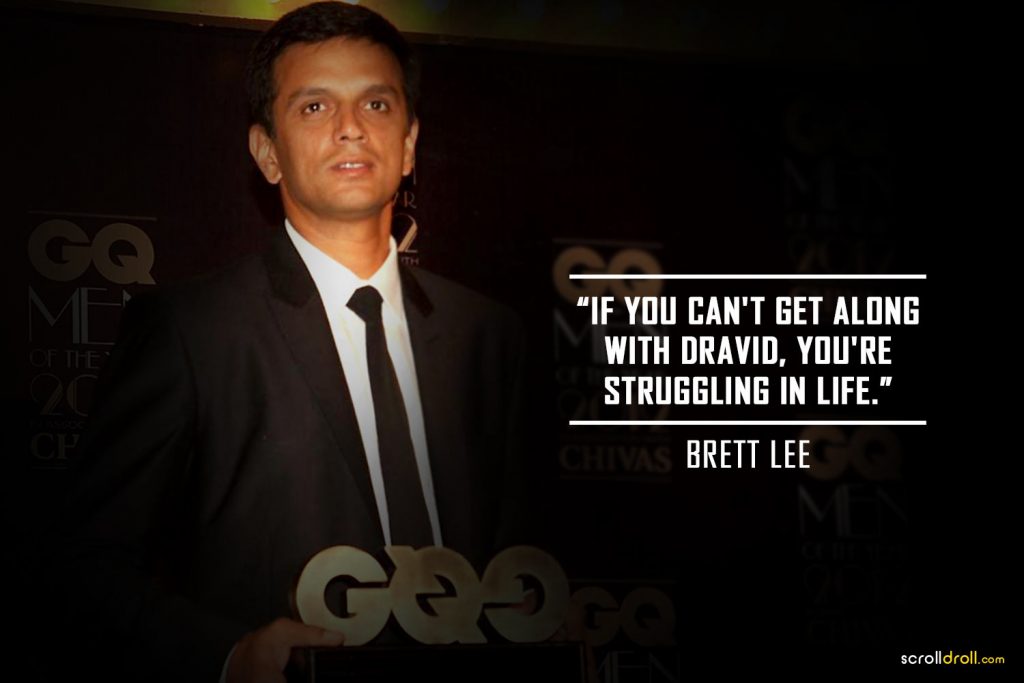 16. This is what sets Dravid apart from other cricket legends! 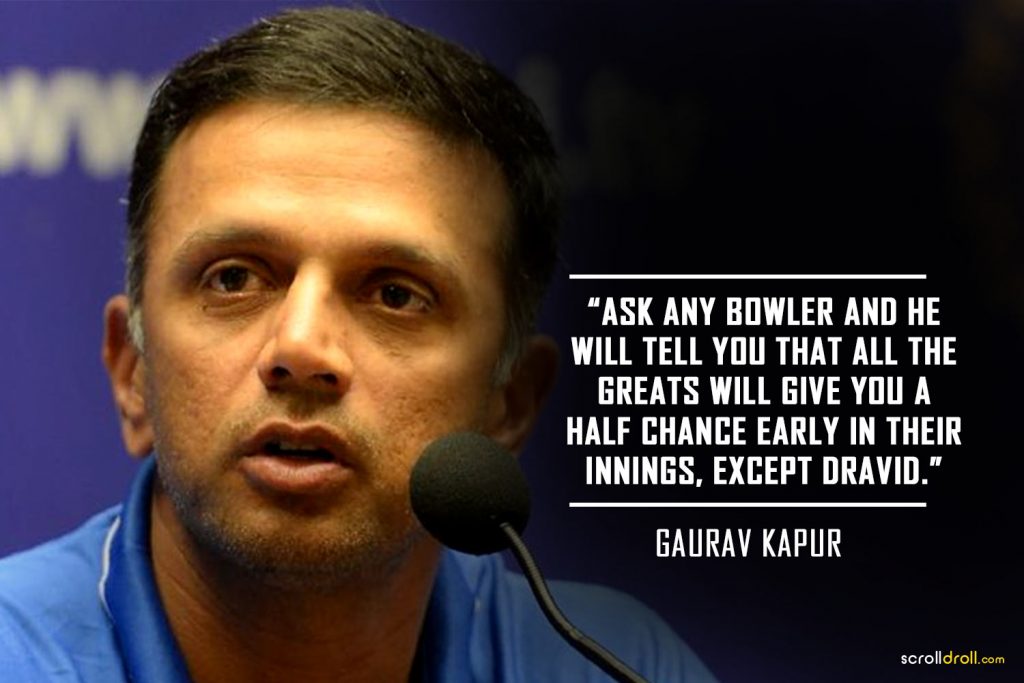 17. How to handle pressure by Rahul Dravid 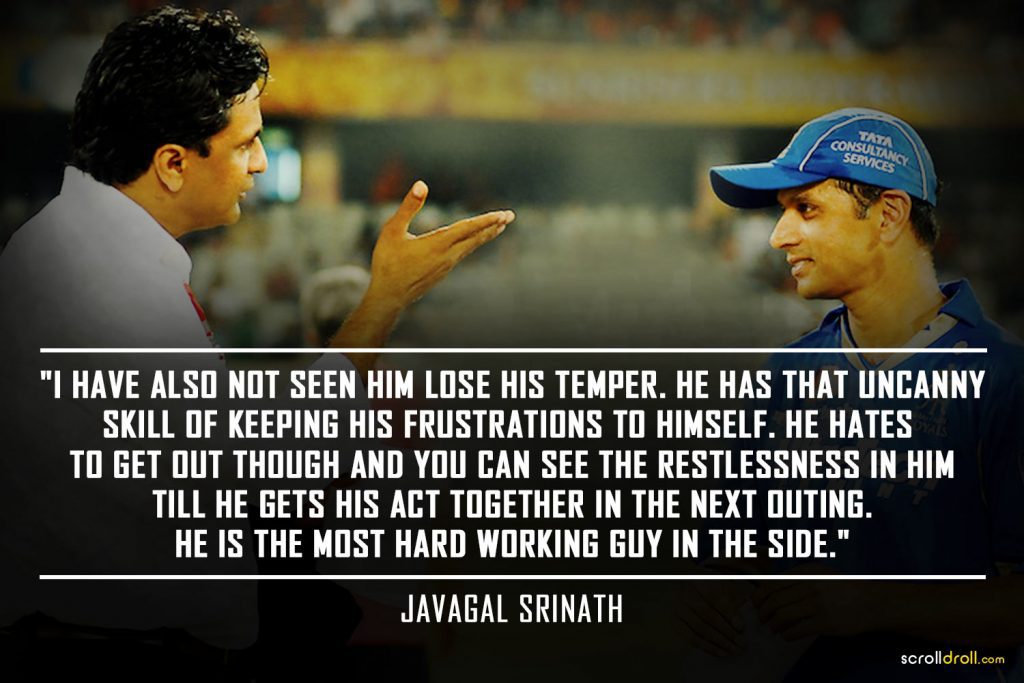 18. He’s not only incomparable but also an absolute cricketer 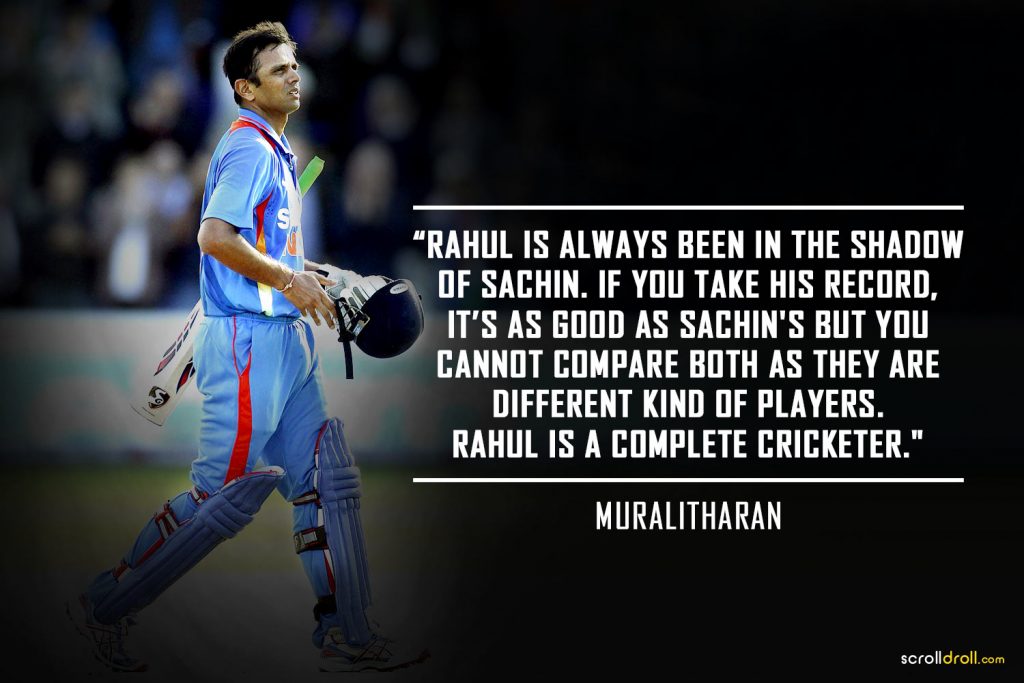 19. Dravid is an artist in the truest sense 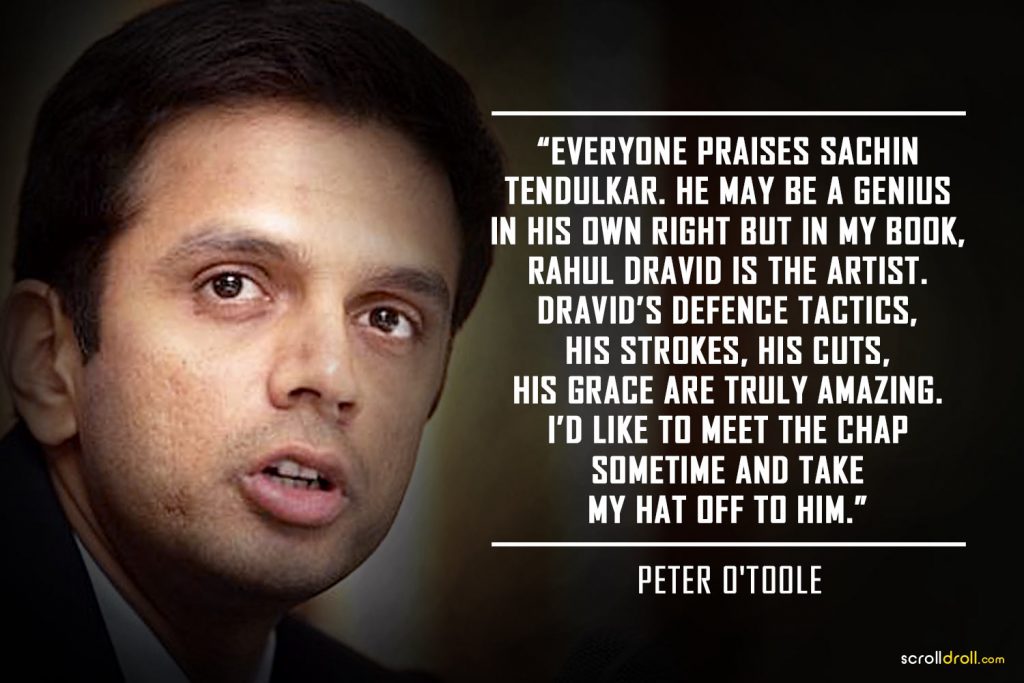 20. To score at every ball is not the key 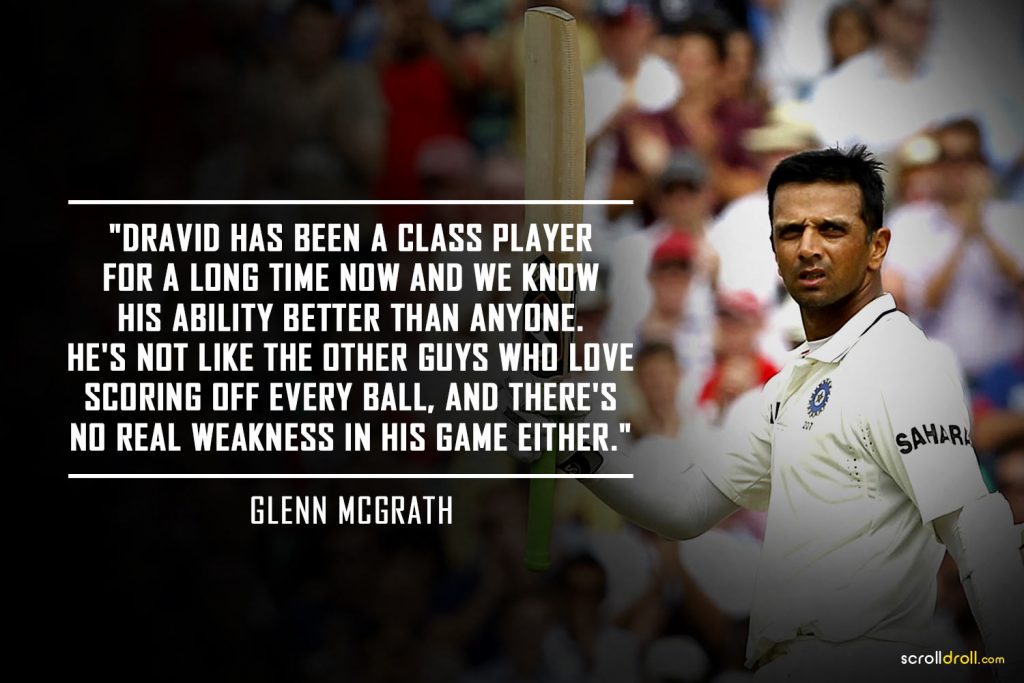 21. Even one of the fastest bowlers find it hard to bowl him out 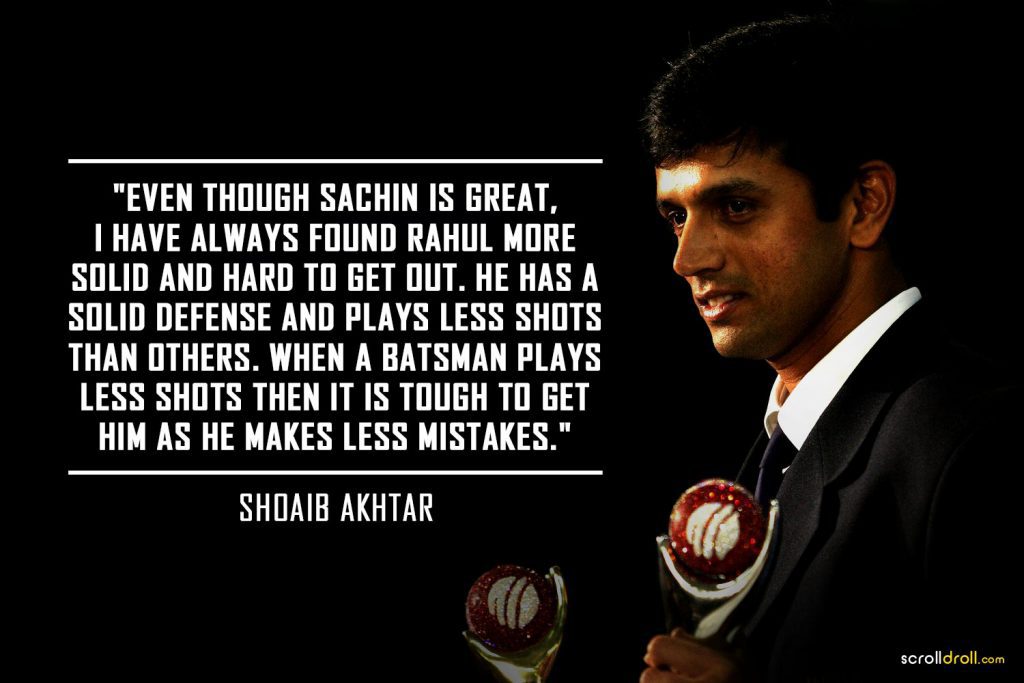 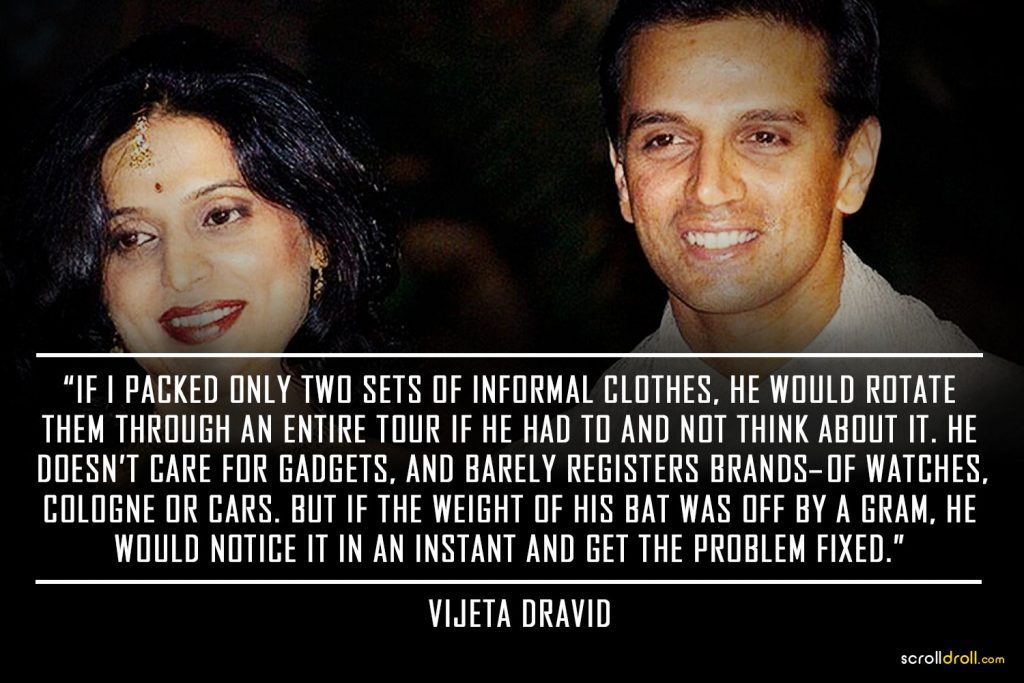 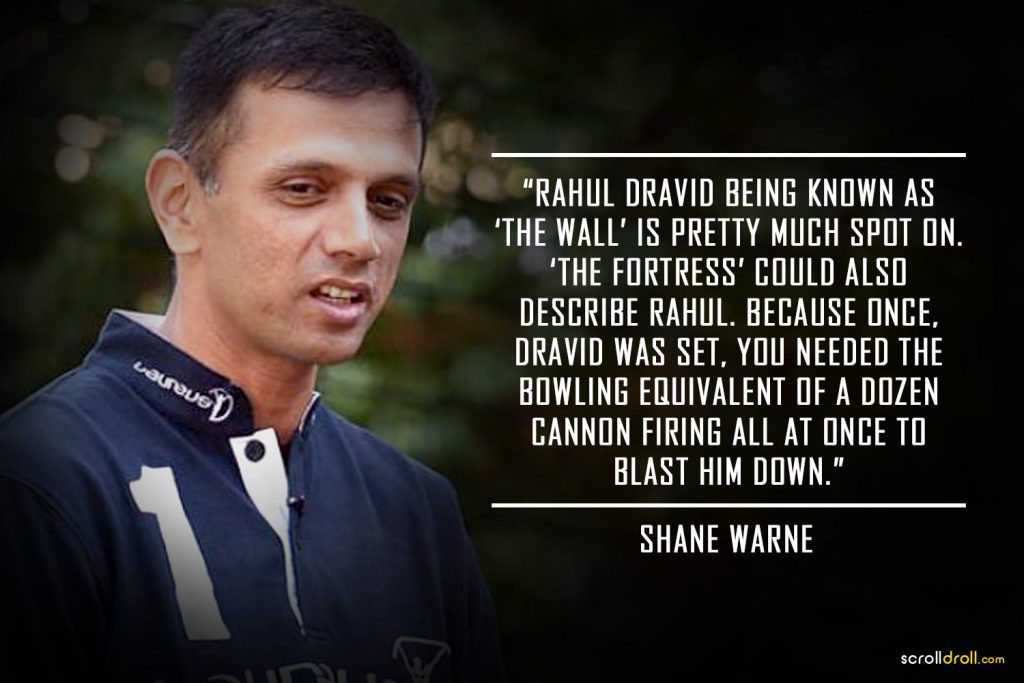 24. This is what one of the world’s greatest crickets has to say about him 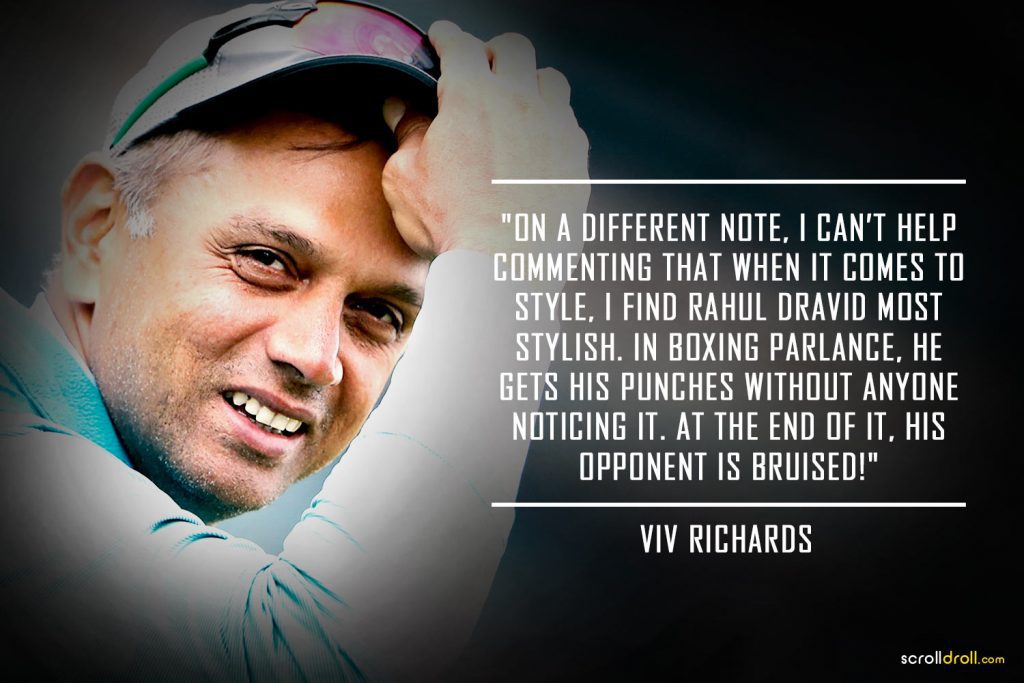 The greatest team man that Indian cricket has ever seen, the one who did all the dirty work, working hard for each run, the one who stood like a wall no matter what was thrown at him, Rahul Dravid embodied resilience and passion to win.

This is what every budding sportsman should be looking up to. We hope you liked it, coz we are really nostalgic as we sign out.

Science Behind Indian Traditions And Practices