One of the most influential Indians of recent times, Ratan Tata is one of the most celebrated names in the Indian business fraternity. Known for his strong business ethics, philanthropy, and vision for a better and stronger India, Ratan Tata served as the chairman of the Tata Group for 21 long years. He successfully increased the company’s revenues and profits multi-fold during his chairmanship. His words and Ratan Tata quotes inspire Indians who want to build businesses as well as those who strive for success in their lives.

We bring you the best Ratan Tata quotes about life, business, success, and more.

1. “I don’t believe in taking the right decisions. I take decisions and then make them right.” 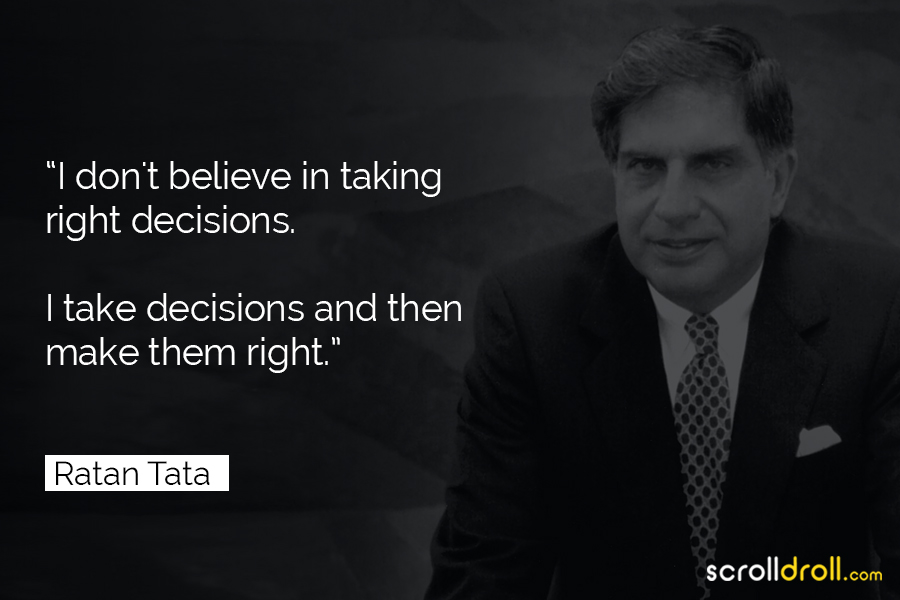 2. “Business need to go beyond the interest of their companies to the communities they serve.” 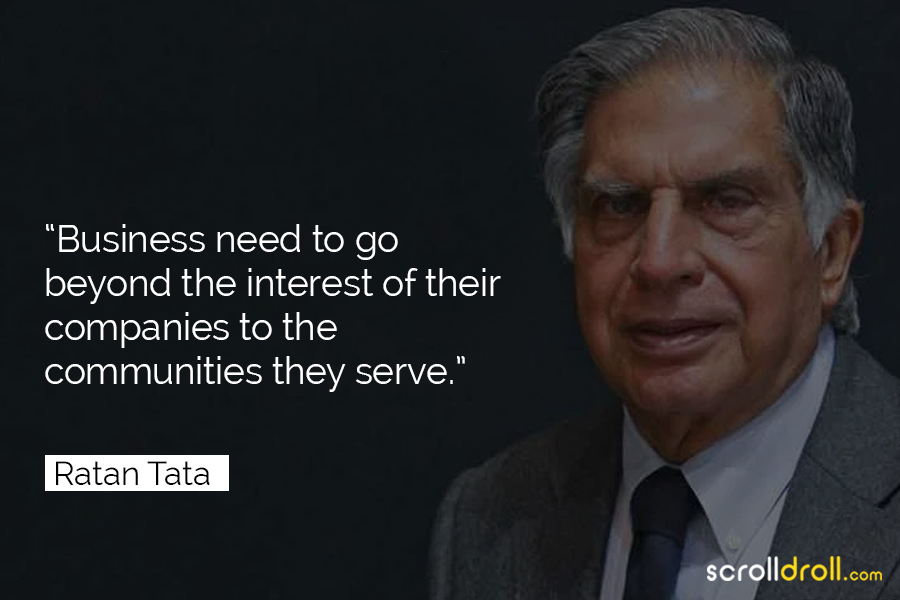 3. “People still believe what they read is necessarily the truth.” 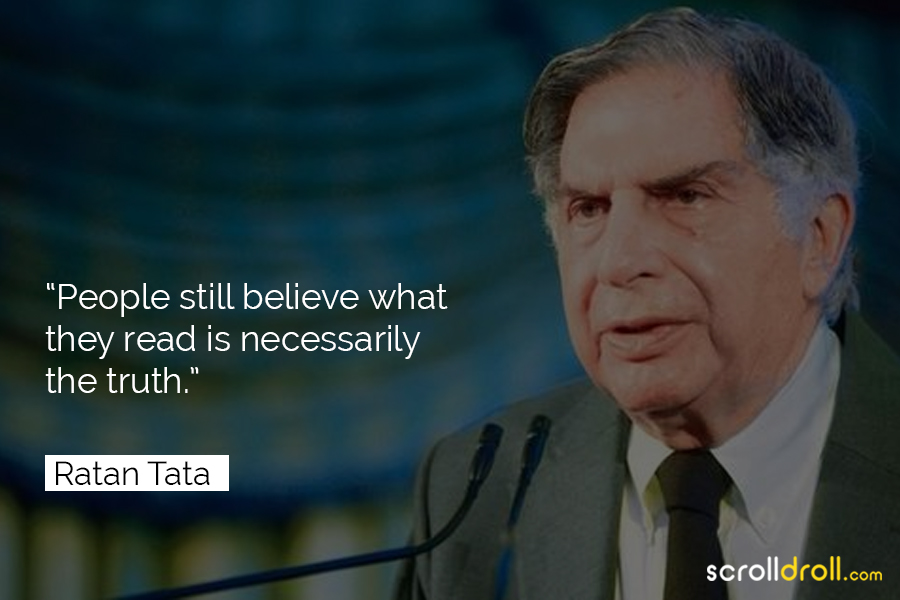 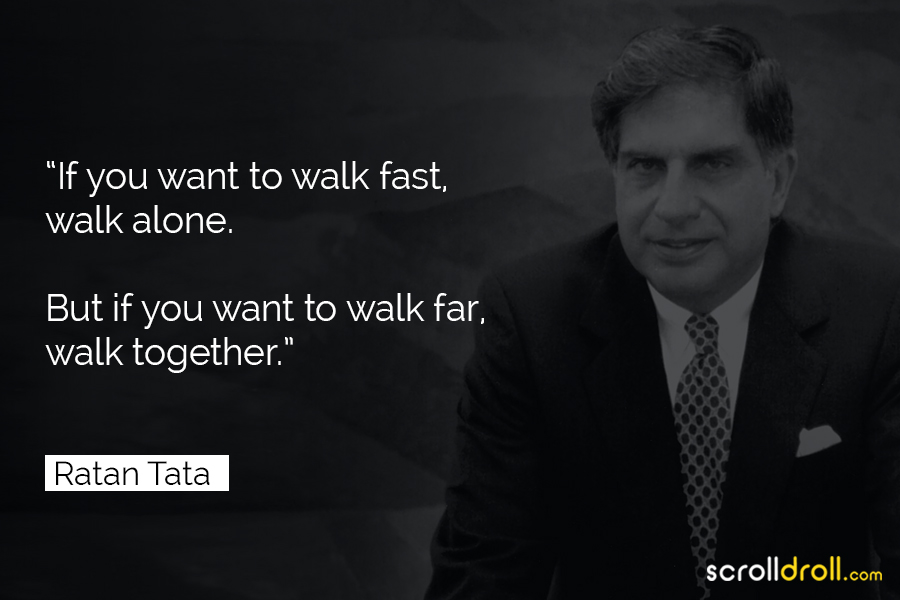 5. “I have been constantly telling people to encourage people, to question the unquestioned and not to be ashamed to bring up new ideas, new processes to get things done.”/ 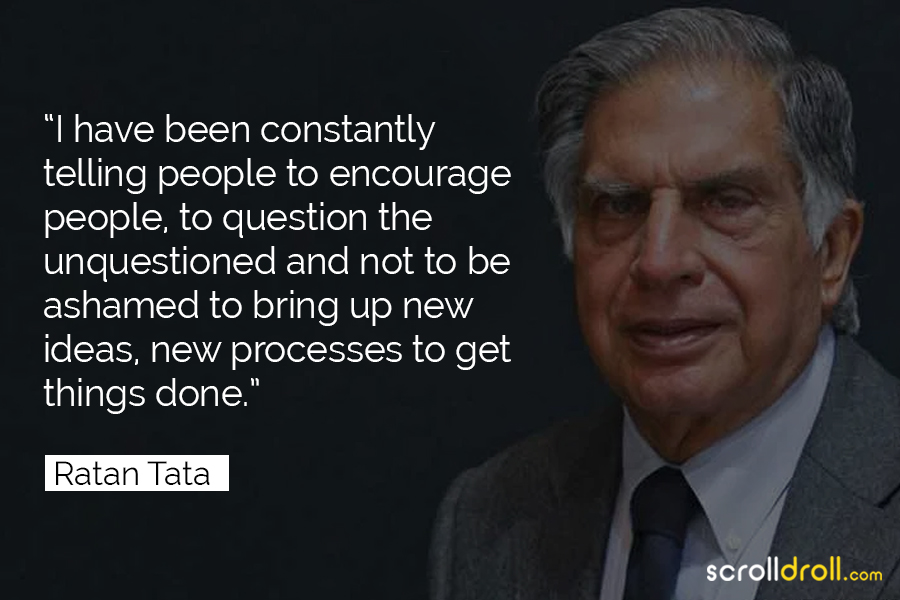 6. “I’ve often felt that the Indian Tiger has not been unleashed.” 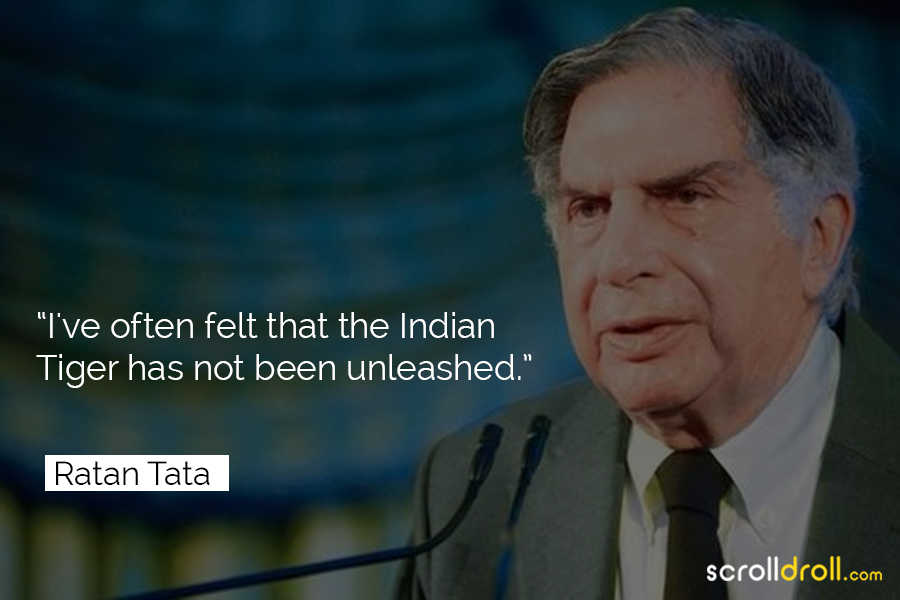 7. “Ups and downs in life are very important to keep us going, because a straight line even in an ECG means we are not alive.” 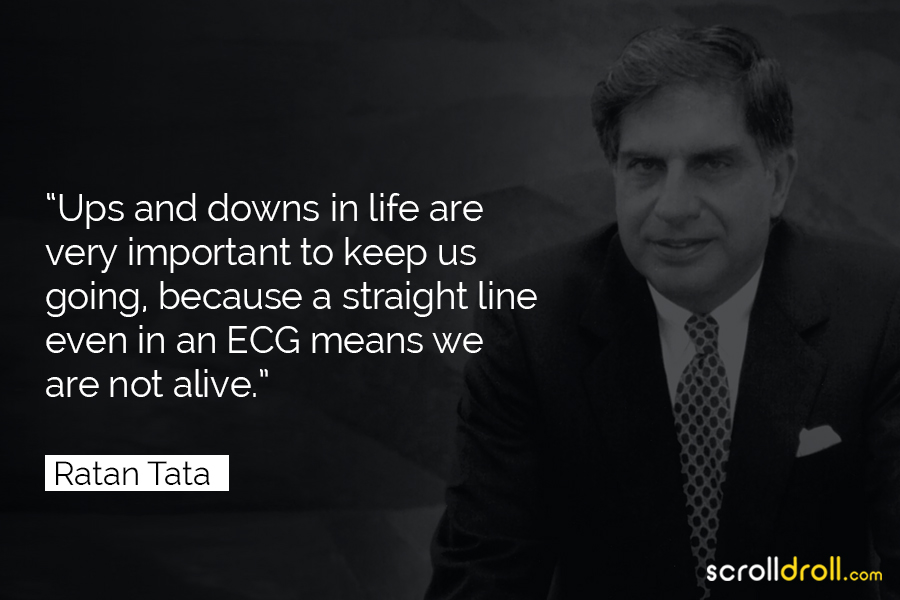 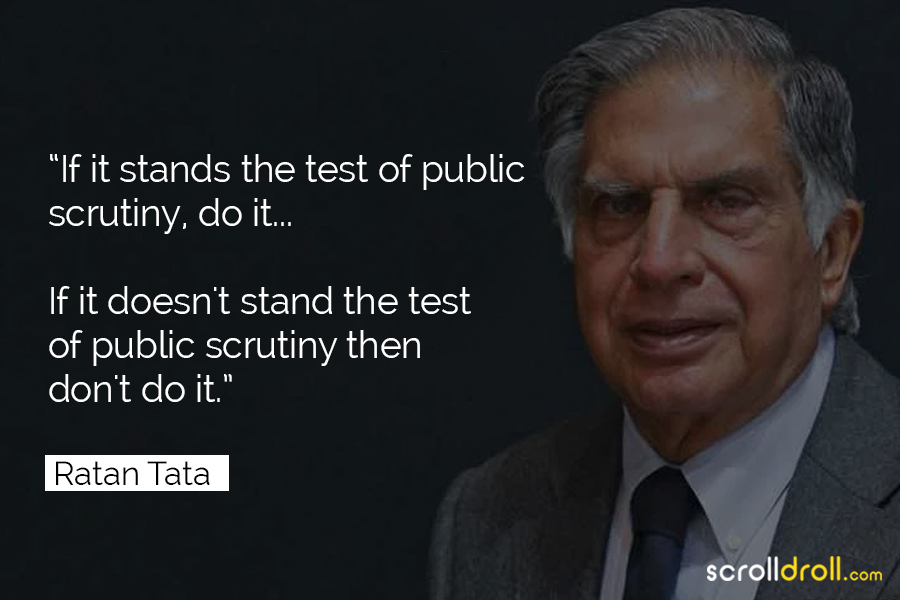 9. “Power and wealth are not two of my main stakes.” 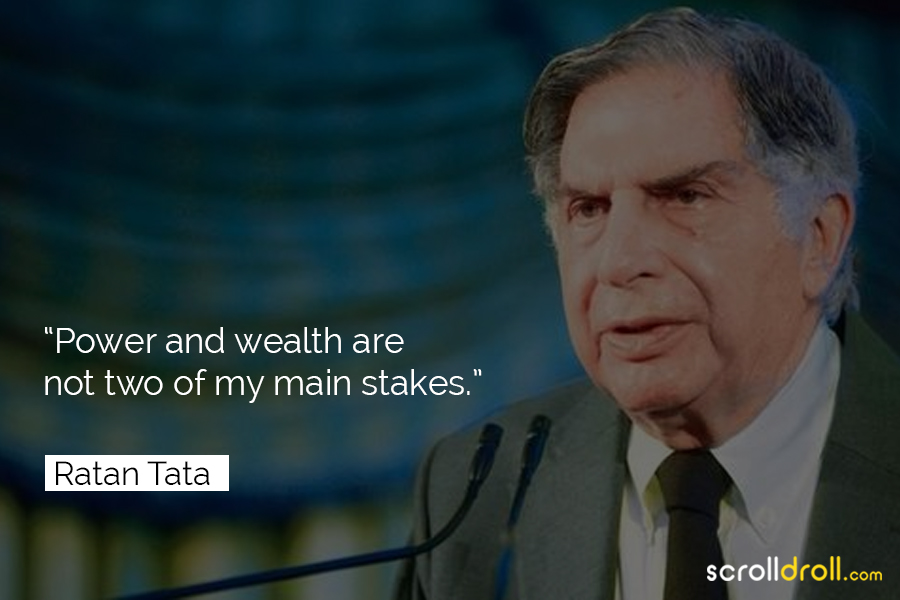 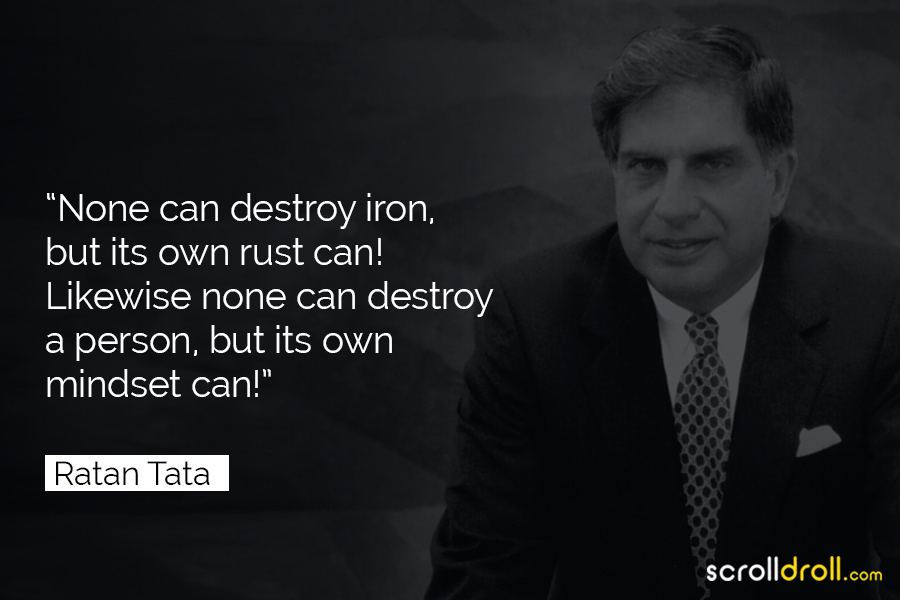 11. “Apart from values and ethics which I have tried to live by, the legacy I would like to leave behind is a very simple one – that I have always stood up for what I consider to be the right thing, and I have tried to be as fair and equitable as I could be.” 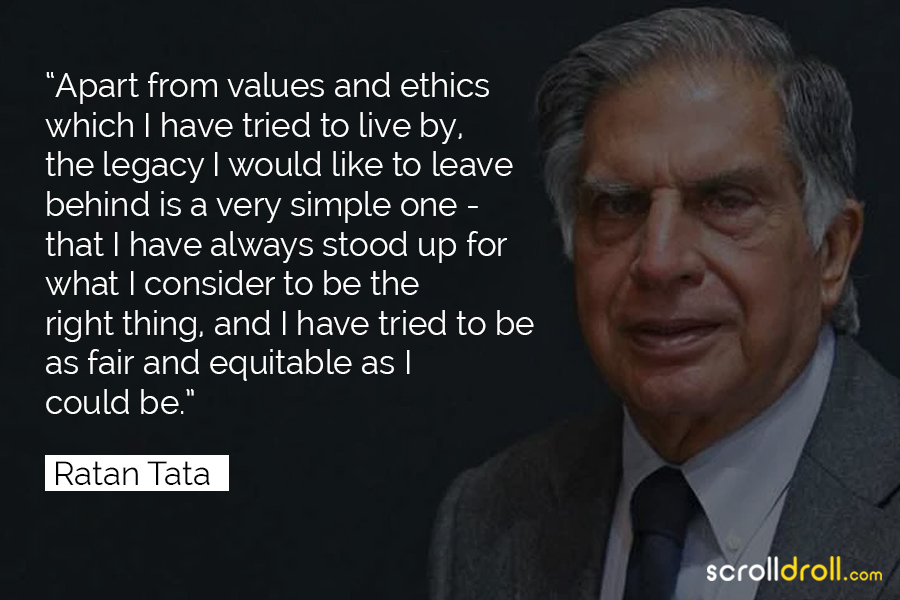 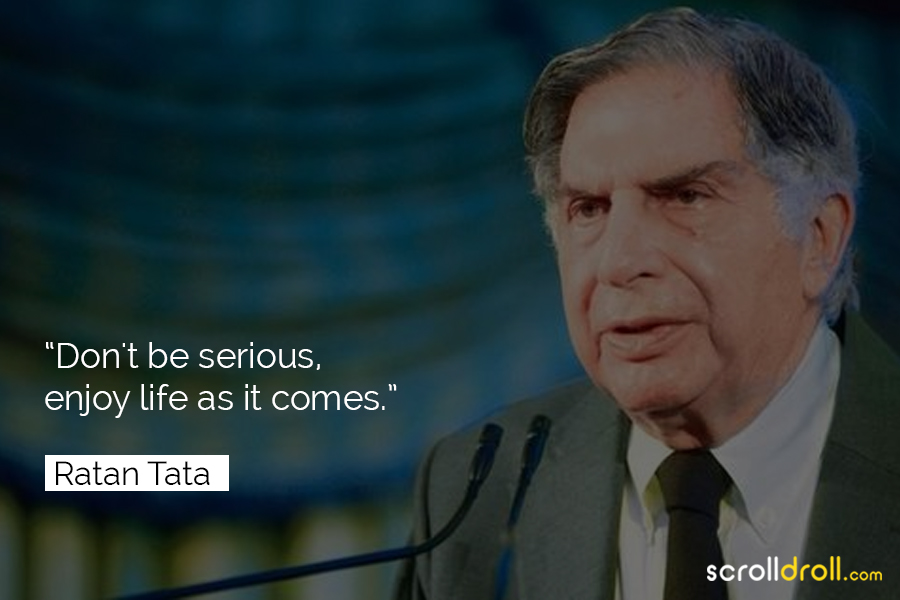 13. “I admire people who are very successful. But if that success has been achieved through too much ruthlessness, then I may admire that person, but I can’t respect him.” 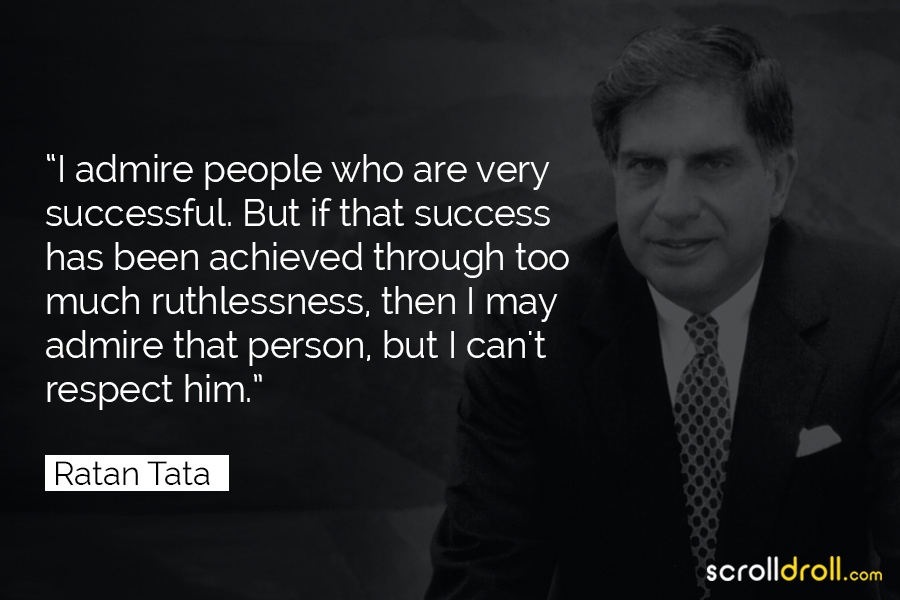 14. “I have always been very confident and very upbeat about the future potential of India. I think it is a great country with great potential.” 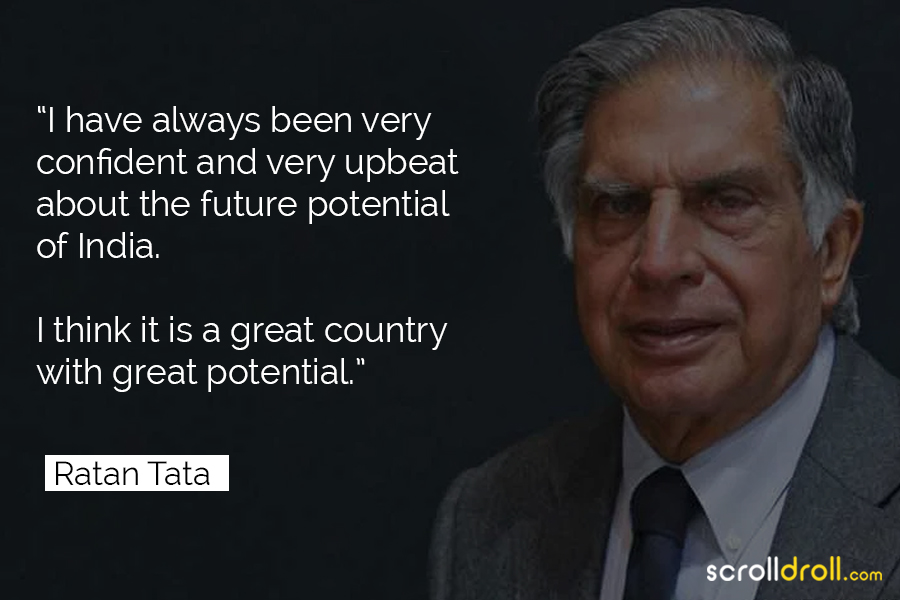 15. “There are many things that, if I have to relive, maybe I will do it another way. But I would not like to look back and think what I have not been able to.” 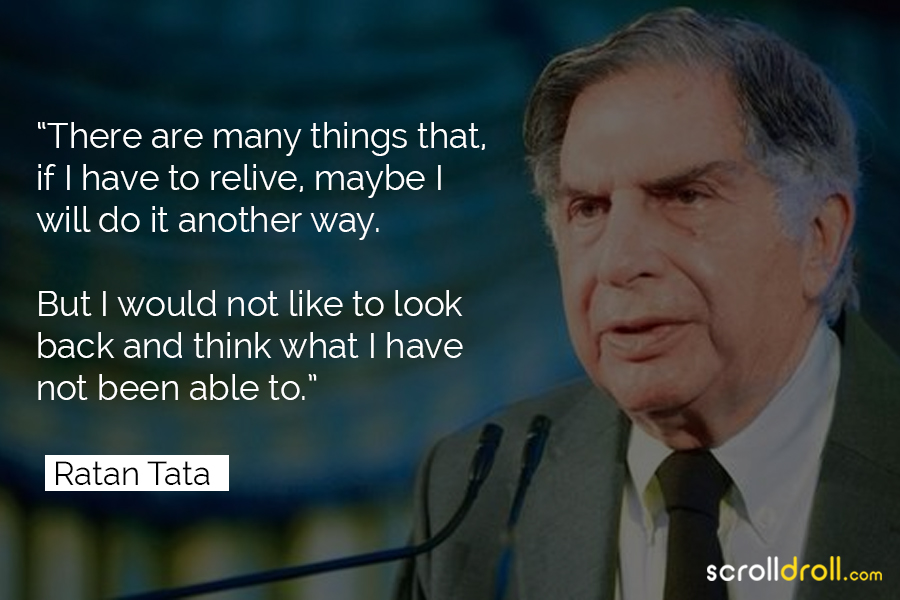 From acquiring internationally renowned brands like Tetley, Jaguar, and Corus to standing strong for the Tata employees during the 26/11 attacks, the Tata Group has successfully transformed itself into an Indian business with a global outlook and outreach under the chairmanship of Ratan Tata. He has been much deservedly honored with the Padma Vibhushan (2008) and Padma Bhushan (2000) awards.

We hope these Ratan Tata quotes inspire you to aim higher in life, attain success and yet be uncompromising in your ethics and values.