Based on the book by Hussain Zaidi, Mafia Queens of Mumbai, Gangubai Kathiawadi traces the early struggle and eventual rise to power of the woman who once ruled Kamathipura.

Also read: These Dialogues From Gangubai Kathiawadi Are Fierce AF!

Gangubai Kothewali was born as Ganga Harjivandas into an affluent family in Gujarat’s Kathiawad. The young girl, enamoured by the glamorous world of cinema, always wanted to be an actress. 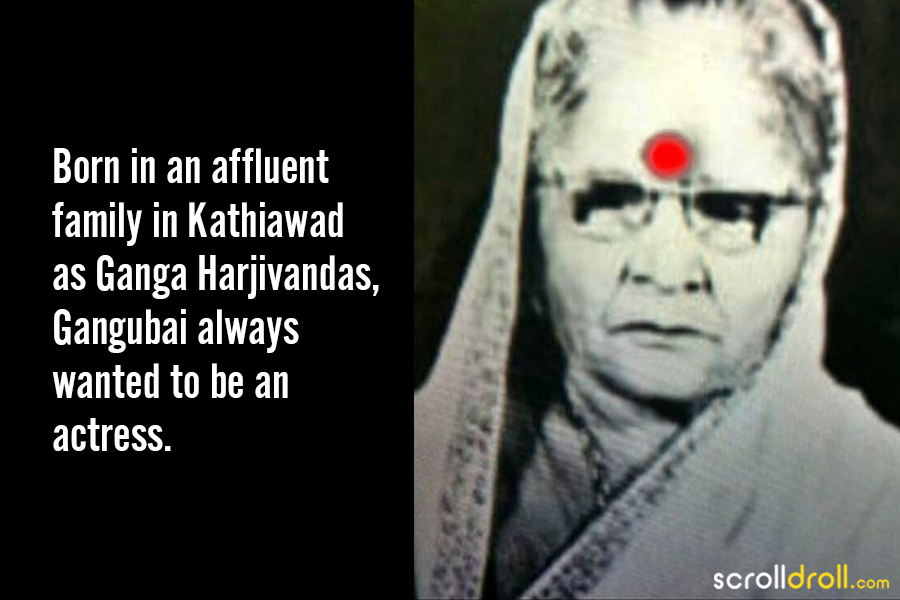 At the tender age of sixteen, she fell in love with and eventually eloped with her father’s accountant, a man named Ramnik Lal. Ramnik had spent some time in Mumbai and promised Ganga the life she’d always dreamt of. Apparently, the young couple got married and relocated to Mumbai. 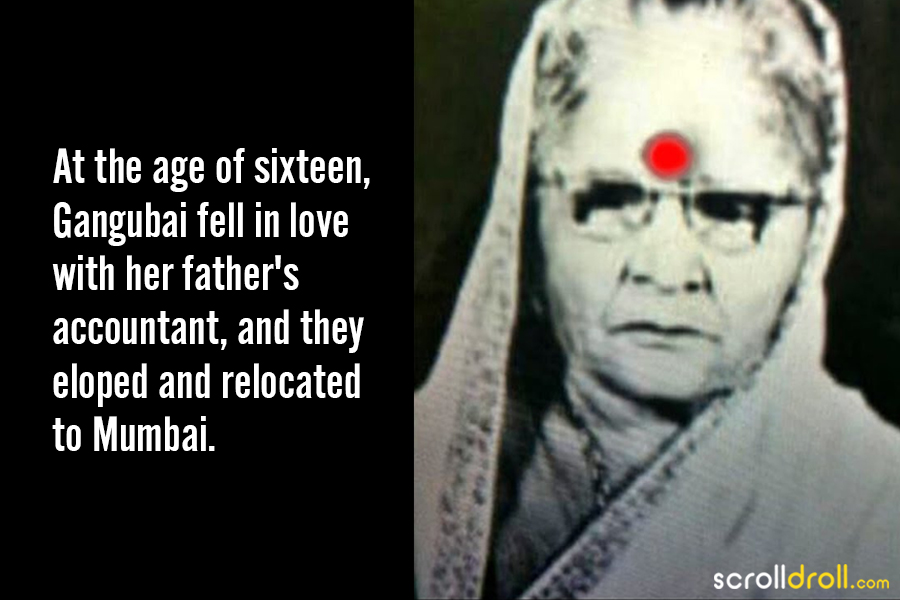 Once at Mumbai, however, Gangubai’s world came crashing in a horrendously unexpected way: her own husband sold her into prostitution for a mere sum of 500 rupees. 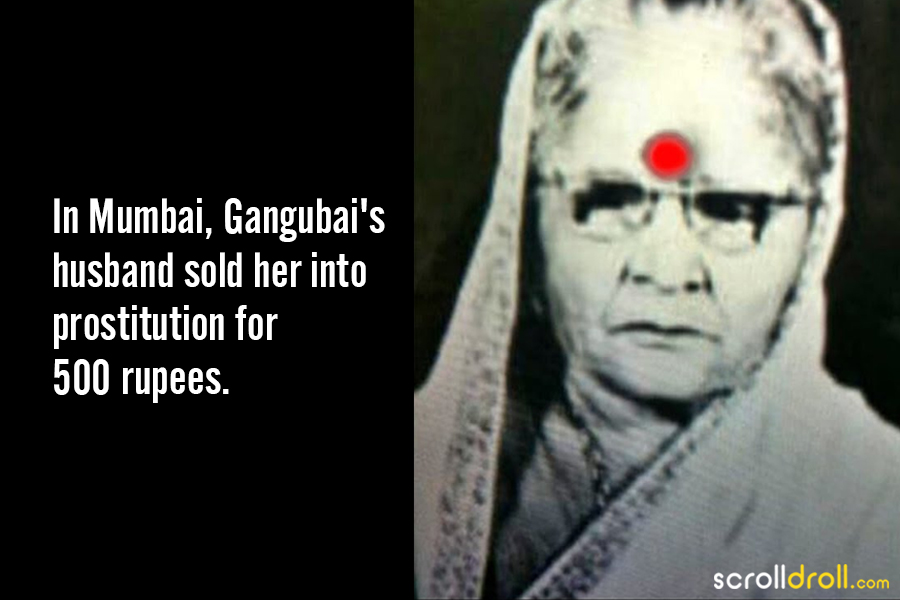 A sixteen-year-old Ganga, dejected after the tragic turn of events, decided not to protest – she could not return home because her family wouldn’t accept her. Her first few days at Kamathipura, Mumbai’s famous red-light area, were of course the most difficult – however, with time, her bad fate eventually toughened her. 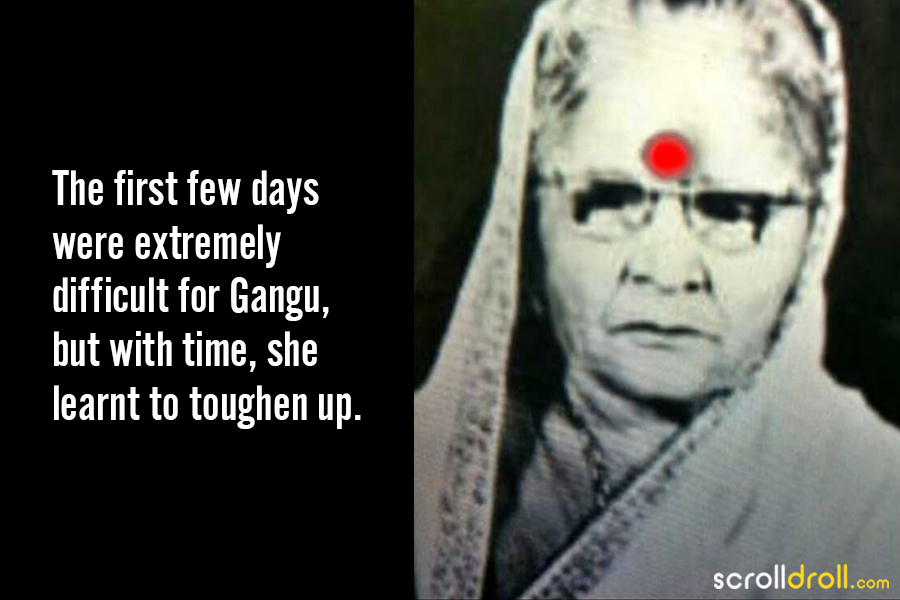 Tragedy struck again when a man named Shauqat Khan, who worked for a powerful don named Kareem Lala raped her violently – with her ending up in the hospital due to the injuries he inflicted. 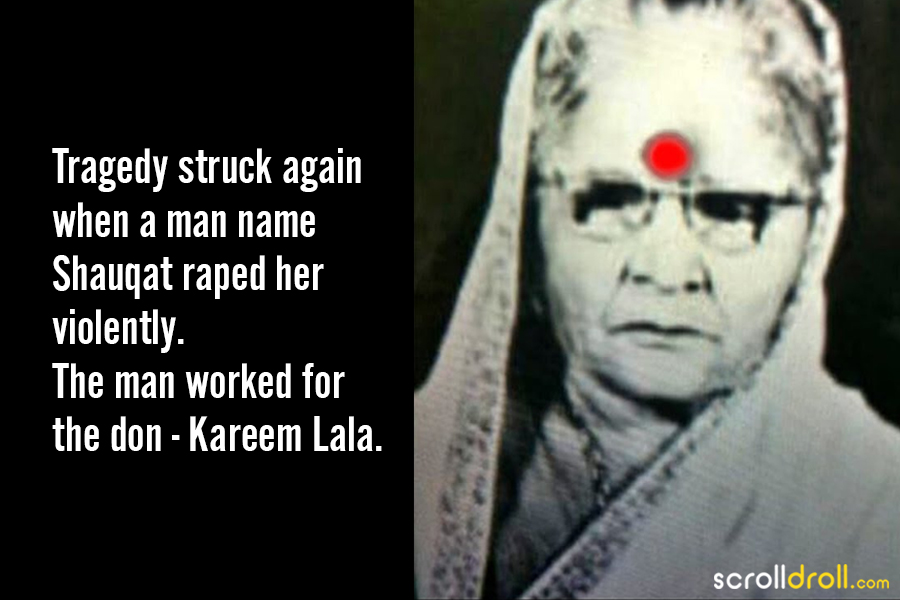 This time, however, Gangubai decided to not submit to her fate, and instead took matters into her own hands. She visited Kareem Lala, and told him what Shauqat did to her. After Kareem assured her his protection, Gangu was moved, and tied a rakhi on his wrist, calling him her brother. 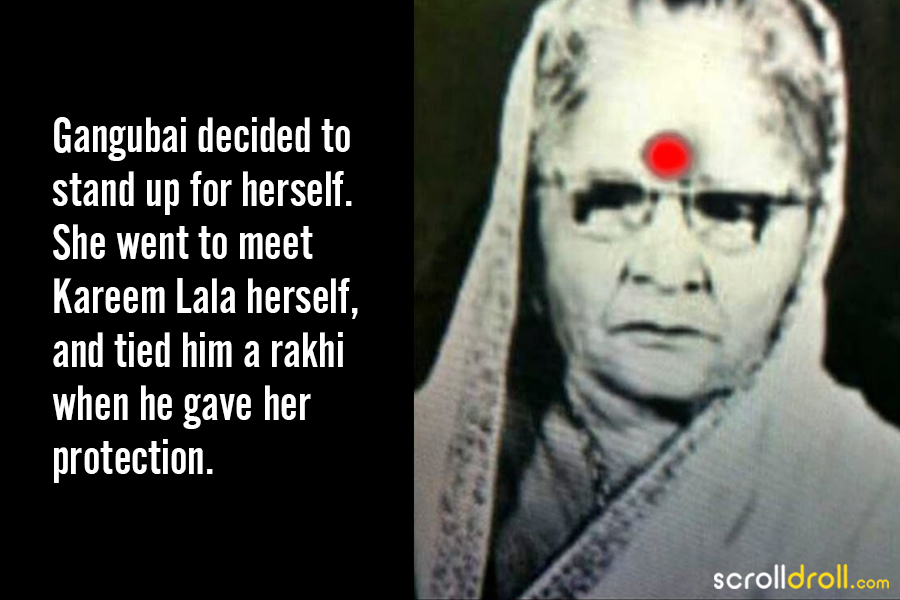 With the feared don’s protection with her, Gangubai soon became a powerful figure in Kamathipura herself. She won the elections at Kamathipura to become the head of the brothels and eventually came to be known as the madam of Kamathipura. She could be seen around the streets of Kamathipura, in the back seat of a shining Bentley. 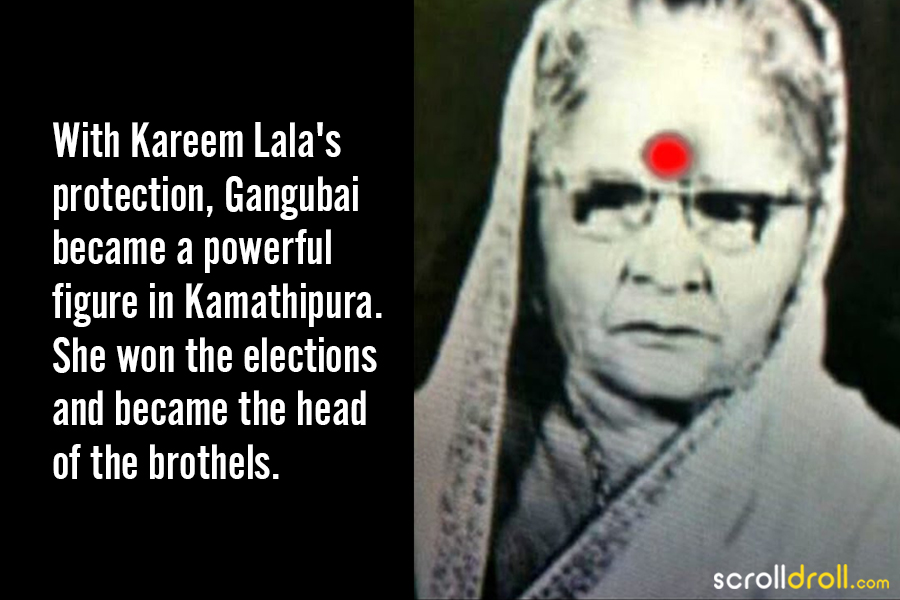 Gangubai worked hard to ensure that no girl, like herself, would be forced into prostitution. She would ask for every girl’s consent, and if one wished to leave, she would be allowed to go away. 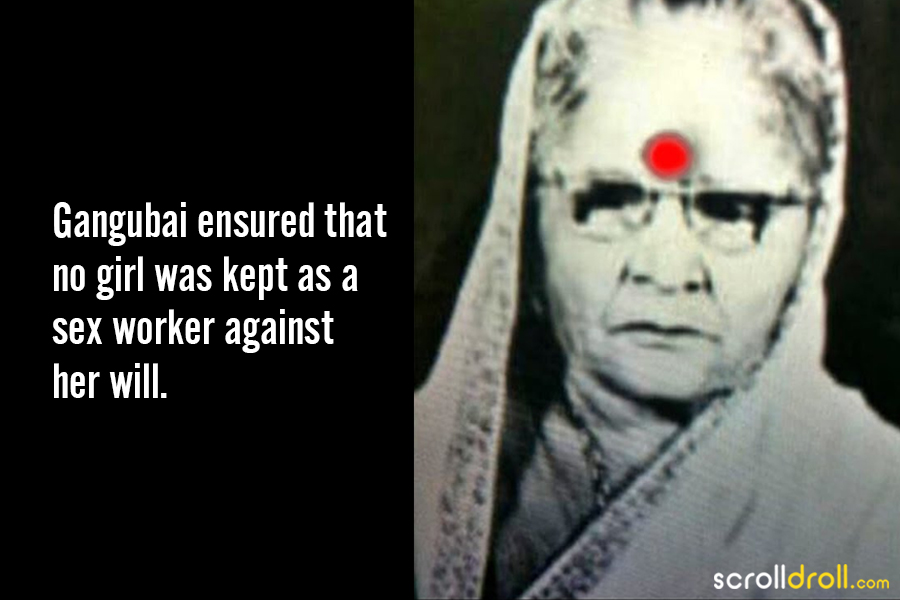 Perhaps the biggest example of the depth of Gangubai’s great work is this one incident where she even contacted Prime Minister Jawaharlal Nehru demanding rights and better working conditions for sex workers. 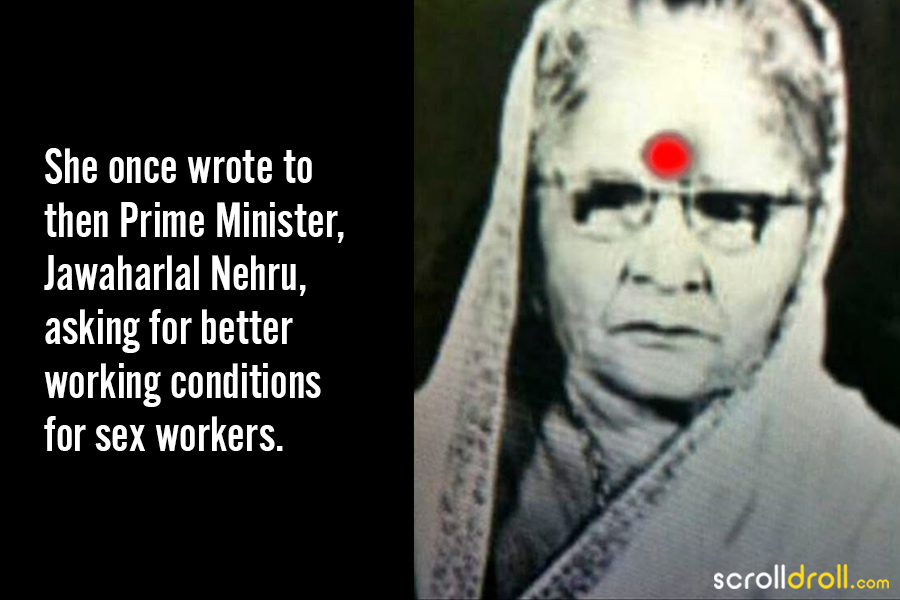 Gangubai left a huge mark on the hearts of those who worked at Kamathipura. Some of them even started keeping a framed photo of her in their rooms! 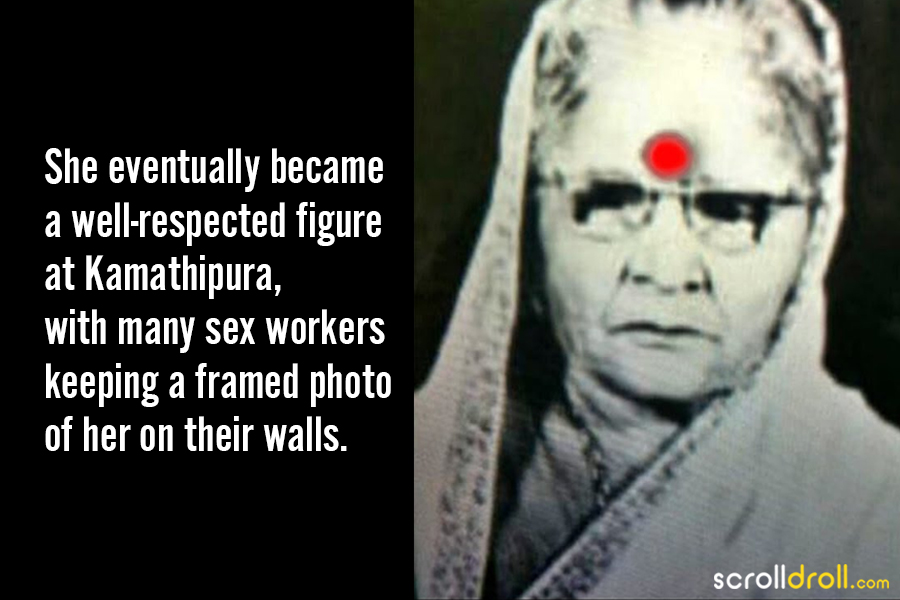 Gangubai is not only one of the fiercest women in India’s history, but her conditions make her story unique as well. While Alia Bhatt is undoubtedly a capable actress, she has never quite taken on a character of such depth and range. It would be interesting to see her portray this challenging role and bring the real life-story of Gangubai Kathiawadi to the silver screen.