Salman Khan has been the country’s heartthrob for over three decades now. It’s crazy to think how well he’s been able to stay relevant despite the many setbacks he’s seen in his career as well as his personal life. While Salman Khan achieved stardom in the 90s and became a household name with the portrayal of “Prem” in several Rajshree movies, in the 2000s. Salman saw a decline in popularity after delivering a string of box office failures and his run-ins with the law. However, his career went through a major shift at the end of the 2000s and the beginning of the 2010s, when Salman began to focus his energies on typical Bollywood masala movies instead of experimenting with different genres. And well, that seems to have worked pretty well for him.

Despite hitting the aforementioned snag at the beginning of the 2000s, today, Salman continues to be one of the most sought-after names in the Hindi film industry and is also one of the highest-paid. Salman has made his mark, not just in Hindi movies but also on Hindi TV, with his reality TV shows like Bigg Boss and Dus Ka Dum has done extremely well. Here are some of the best Salman Khan dialogues that show why the country still loves him.

Also read: 39 Most Badass Bollywood Dialogues Of All Time

1. Why’d you even try to understand Bhai? 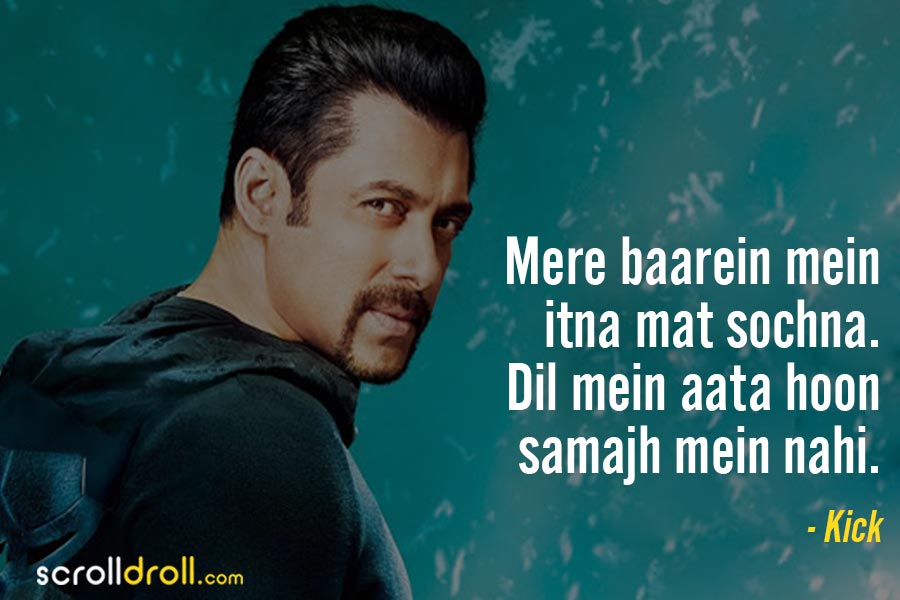 2. In general, it’s a great idea to never underestimate anyone. Just for safeties. 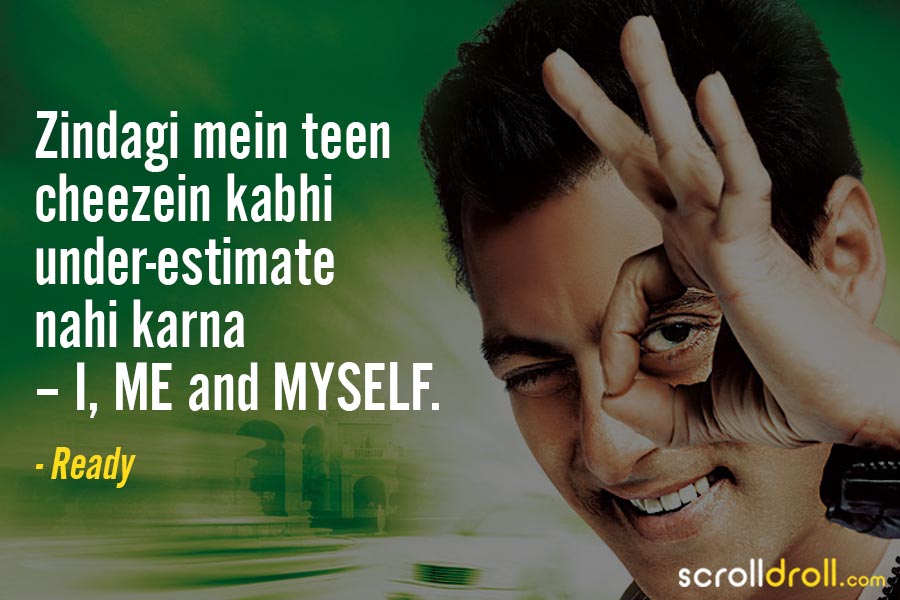 3. And then the whole theatre erupts into chaotic applause. 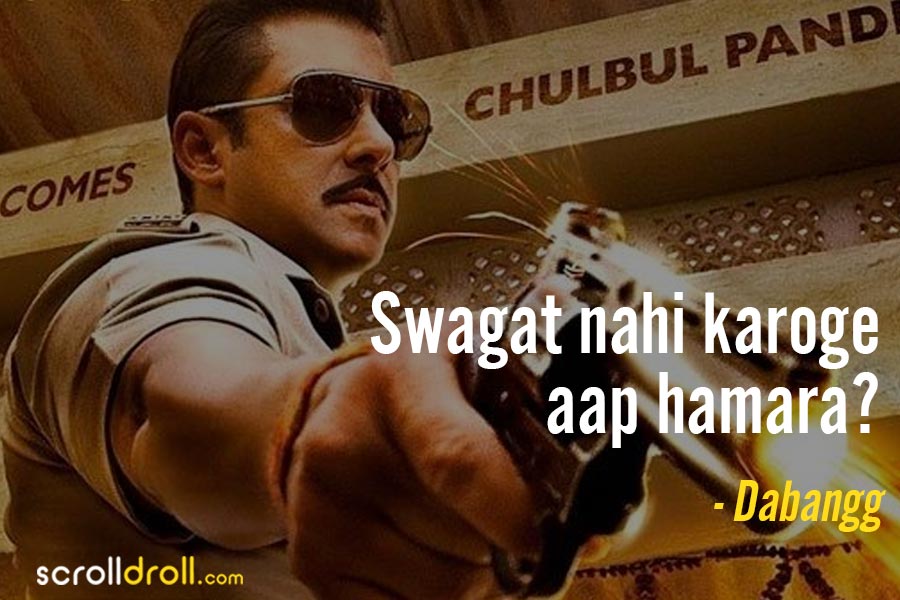 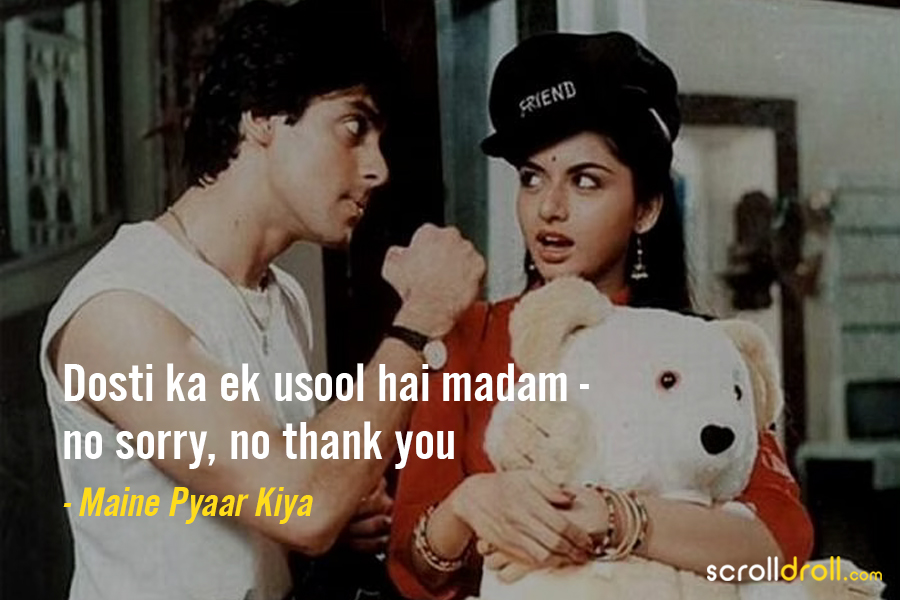 5. Finally a man whose word we can trust.
One of the most viral dialogues ever from the movie –wanted. 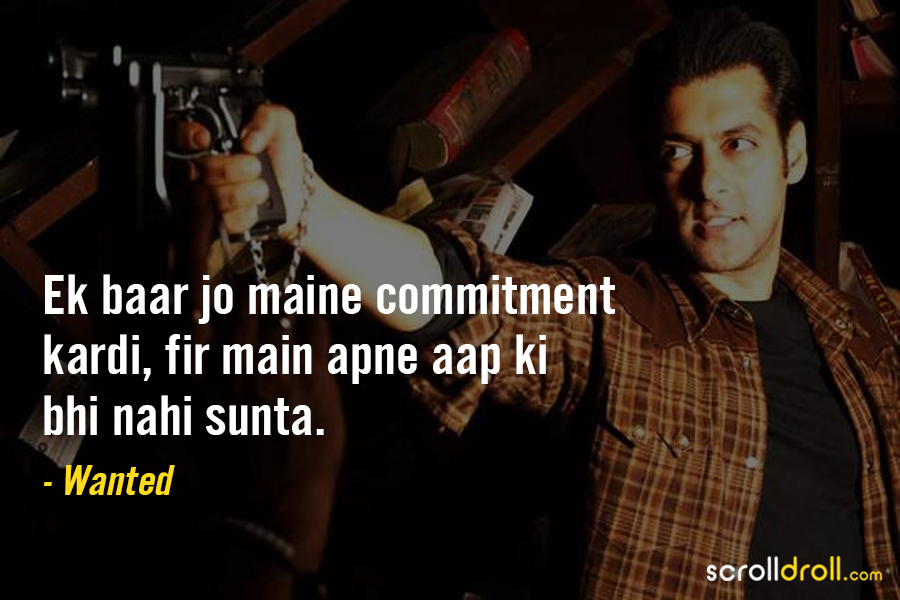 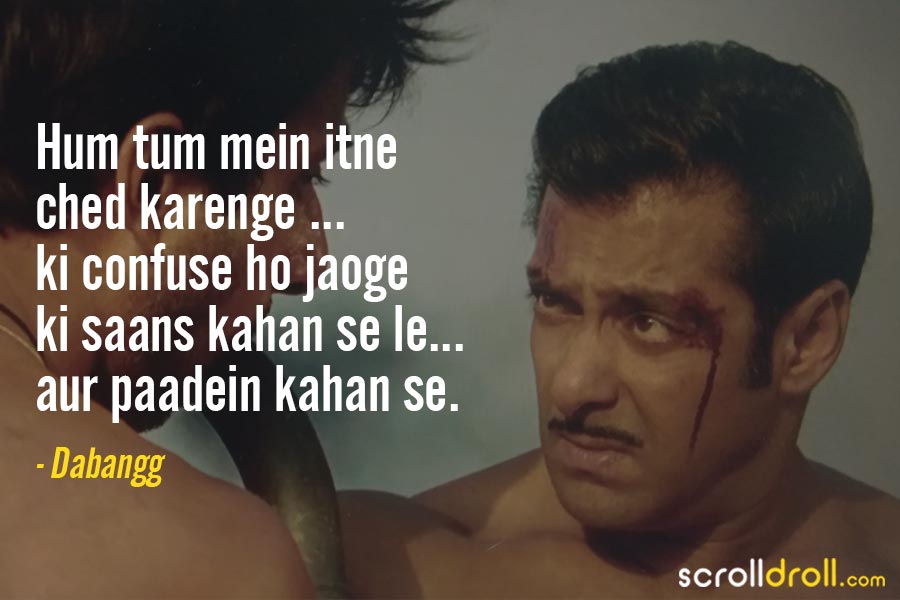 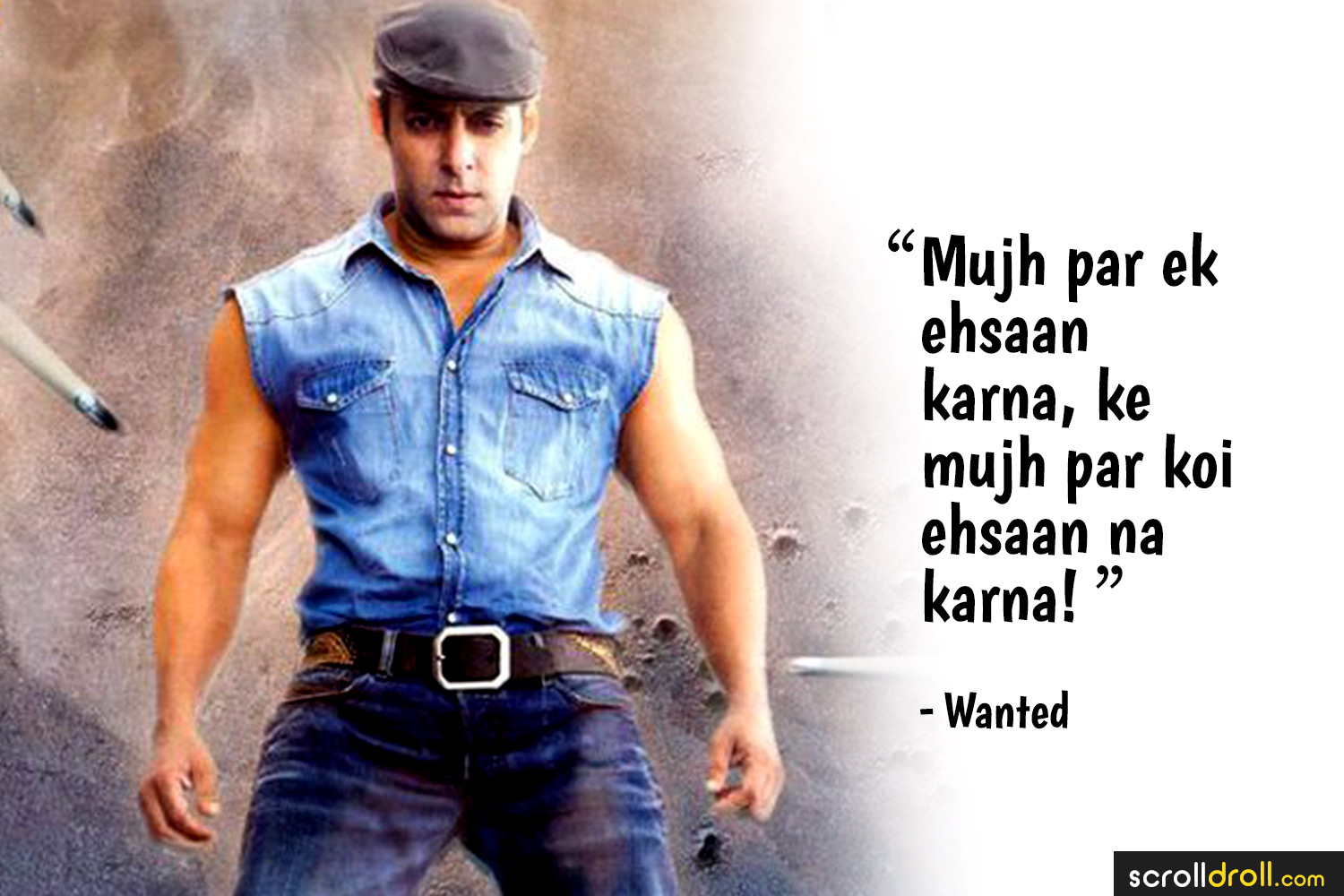 8. White lies can totally get you very far. 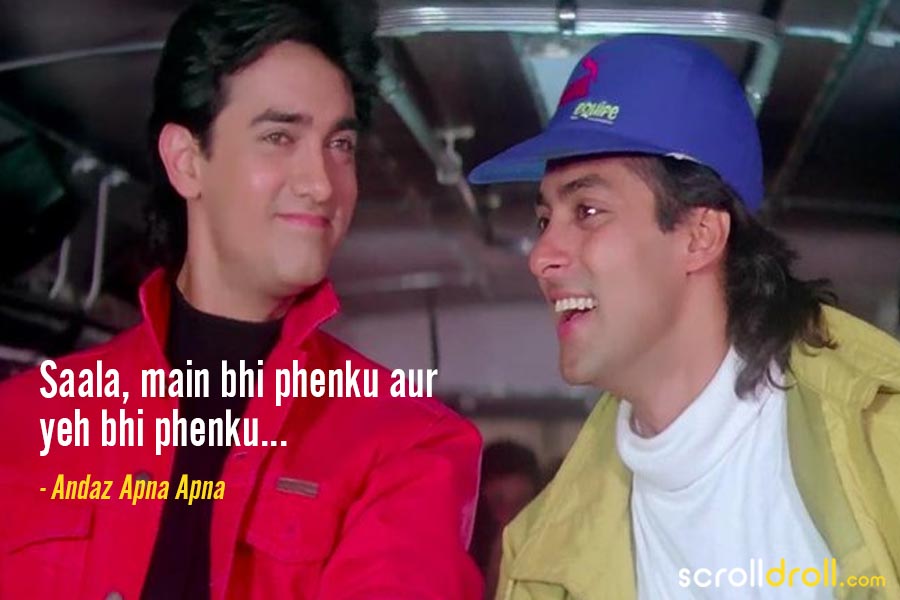 9. I cannot say it enough times: I miss Salman from Rajshree times. 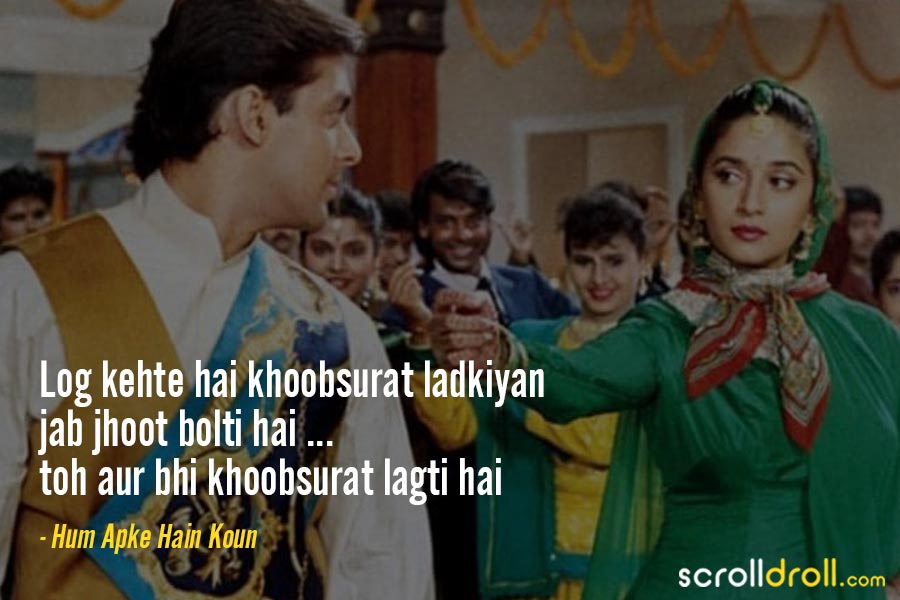 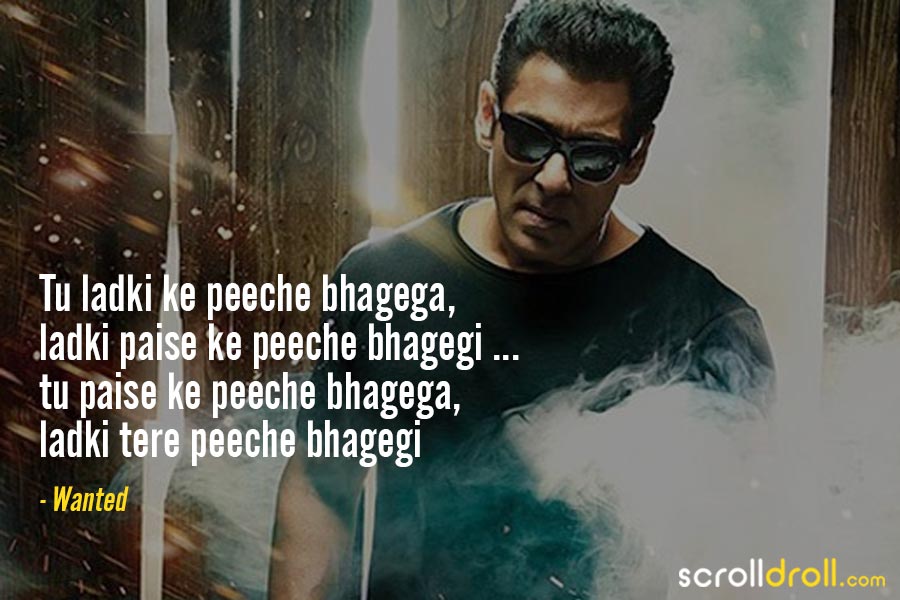 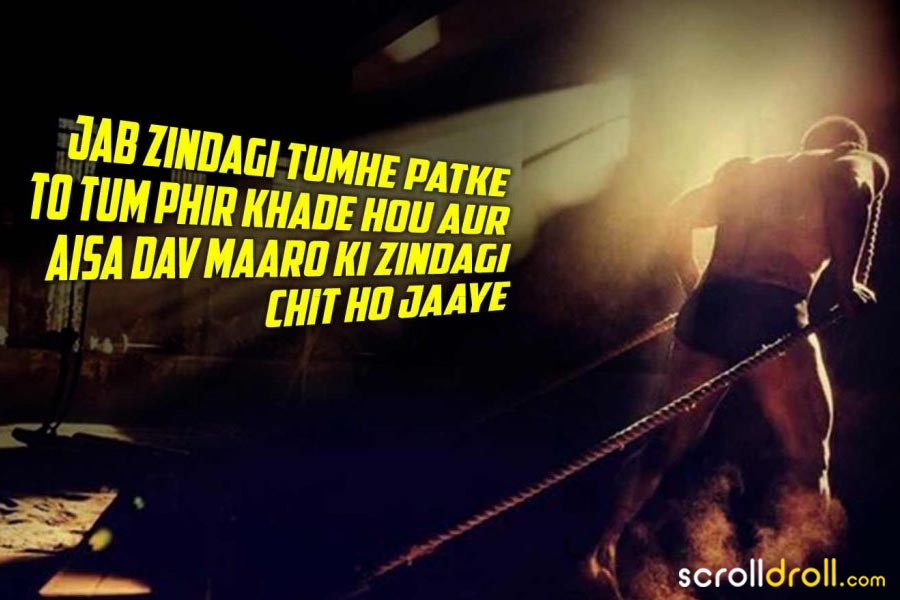 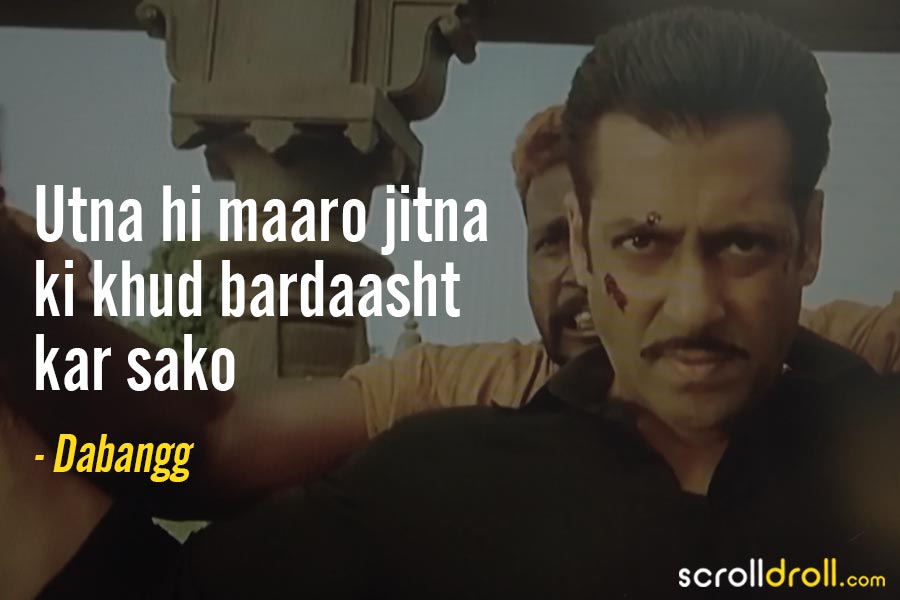 13. Never a bad idea to have eyes on your back. 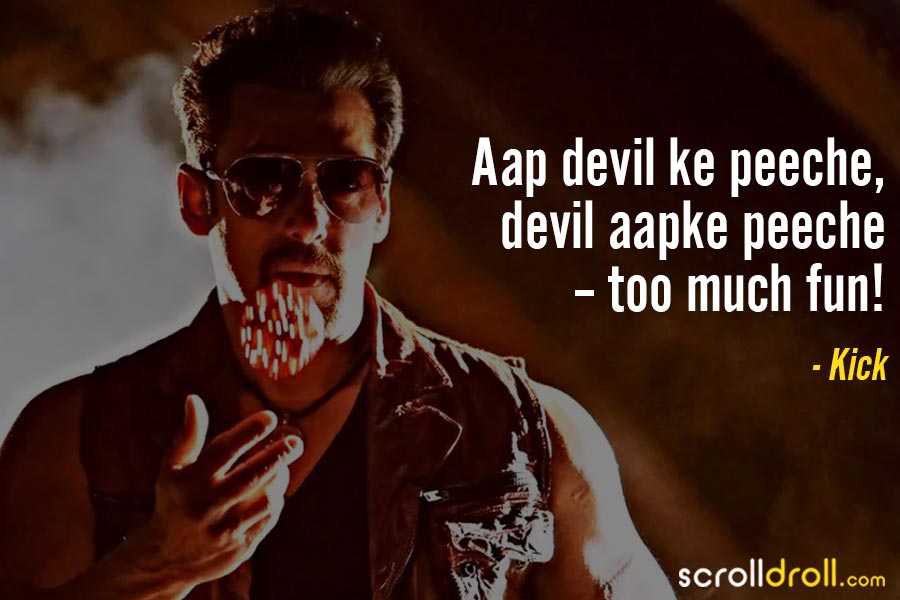 14. To be able to say this while looking at Aishwarya Rai’s eyes must have taken a lot of confidence. 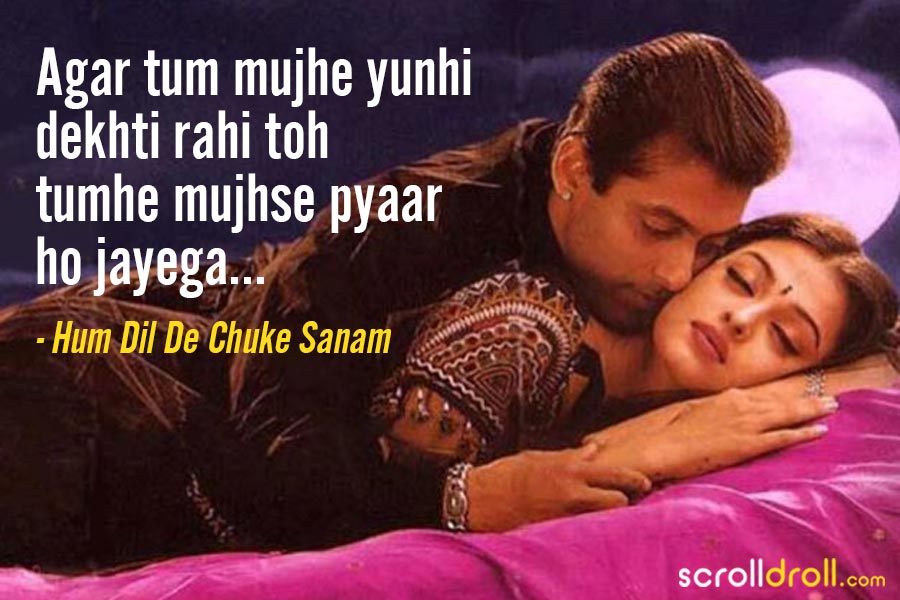 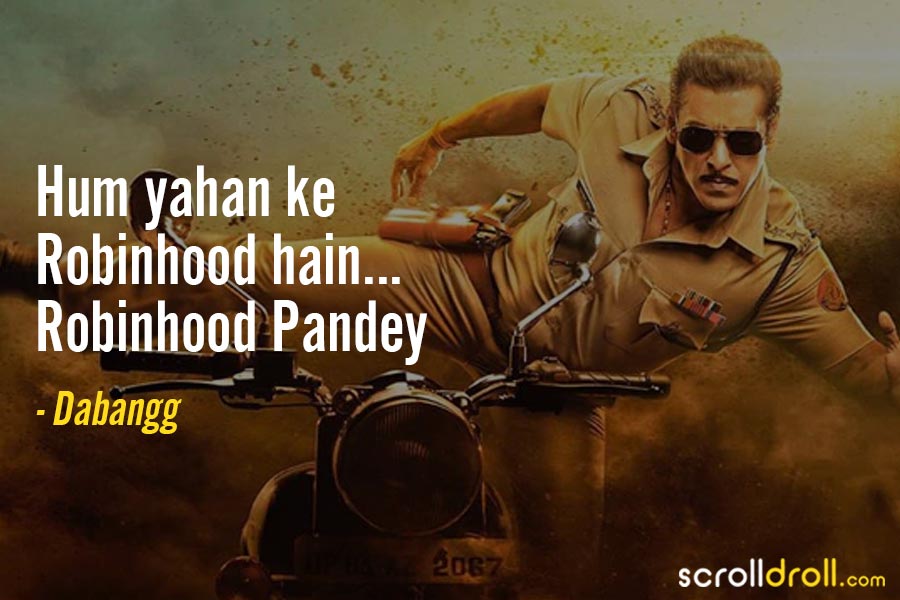 16. Why mince words when you can be funny instead? 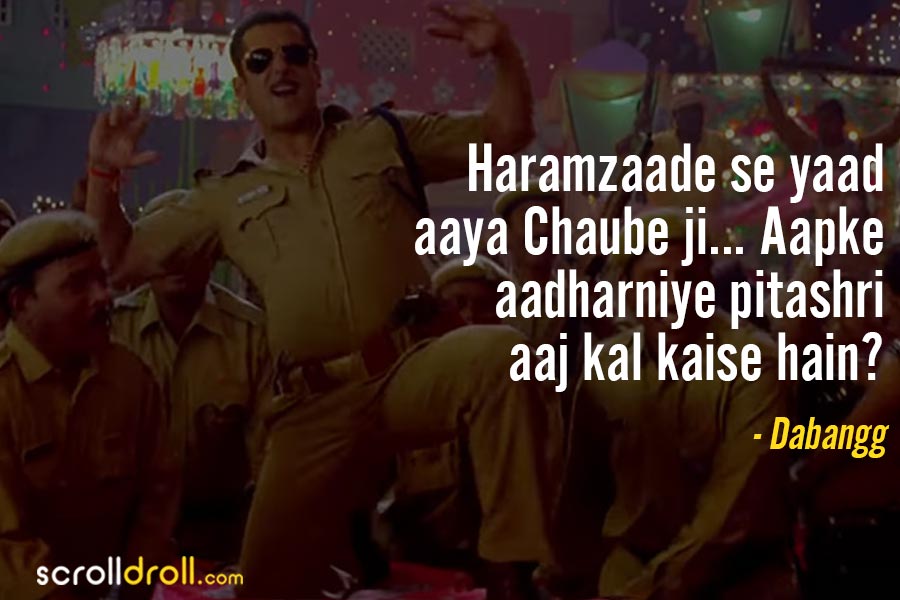 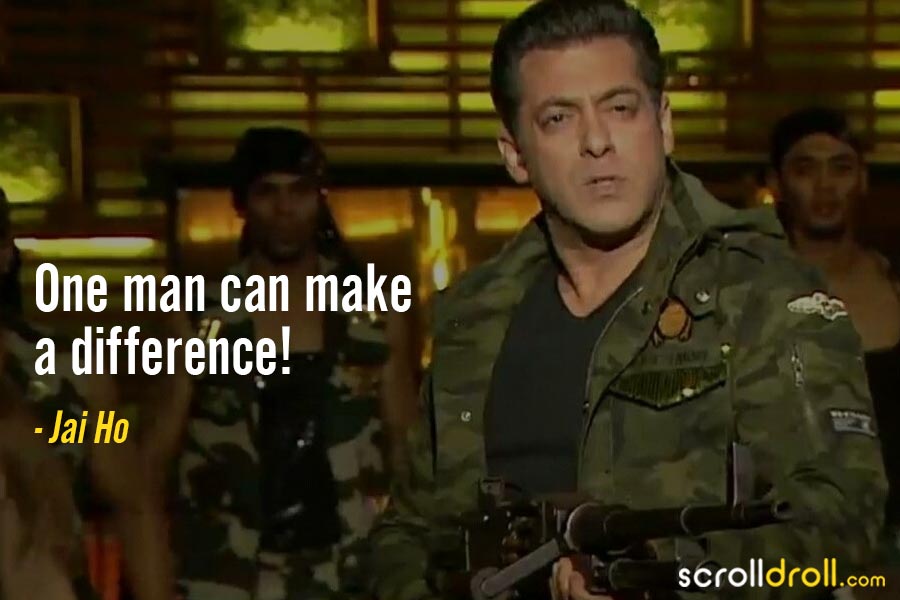 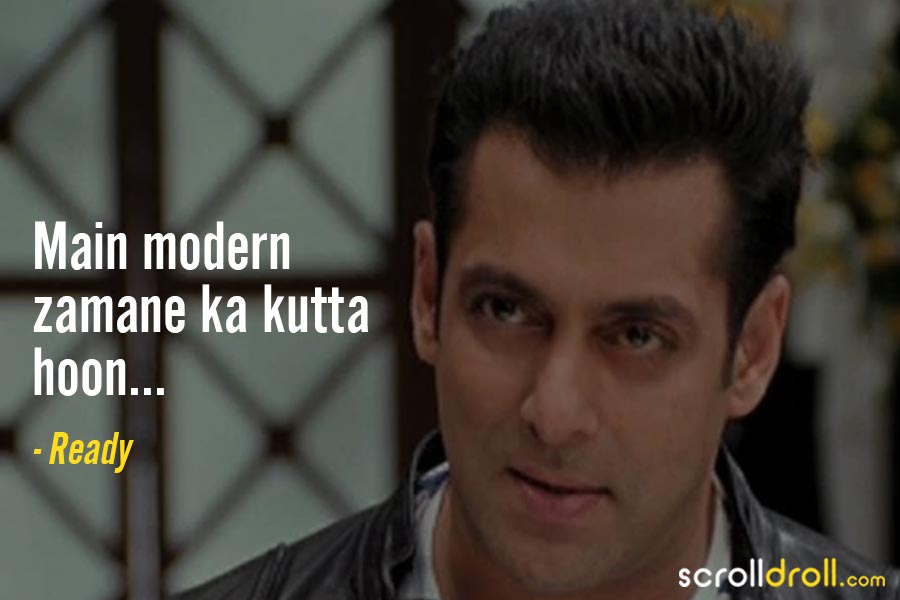 Did you like these Salman Khan dialogues? Which one was your favourite? Comment below to let us know!