With a distinguished military career that spanned over four decades and fighting five major wars, Field Marshal Sam Hormusji Framji Jamshedji Manekshaw or Sam Manekshaw is undoubtedly one of the most celebrated military men in independent India. Sam Manekshaw quotes encapsulate the unapologetic and absolutely badass attitude that characterized this witty military man.

Starting his service with the British Indian Army during World War II, Sam Bahadur was the first Indian Army Officer to be promoted to the position of a Field Marshal. He is especially known for his heroics during the 1971 Indo-Pak War when he was the Chief of Army Staff. Indian Forces successfully initiated operations on the Eastern and Western front and eventually won the war that led to the creation of Bangladesh. Field Marshall Manekshaw was known for his courage and wit.

Here are 18 such Sam Manekshaw quotes that prove him to be the most badass Army General ever! 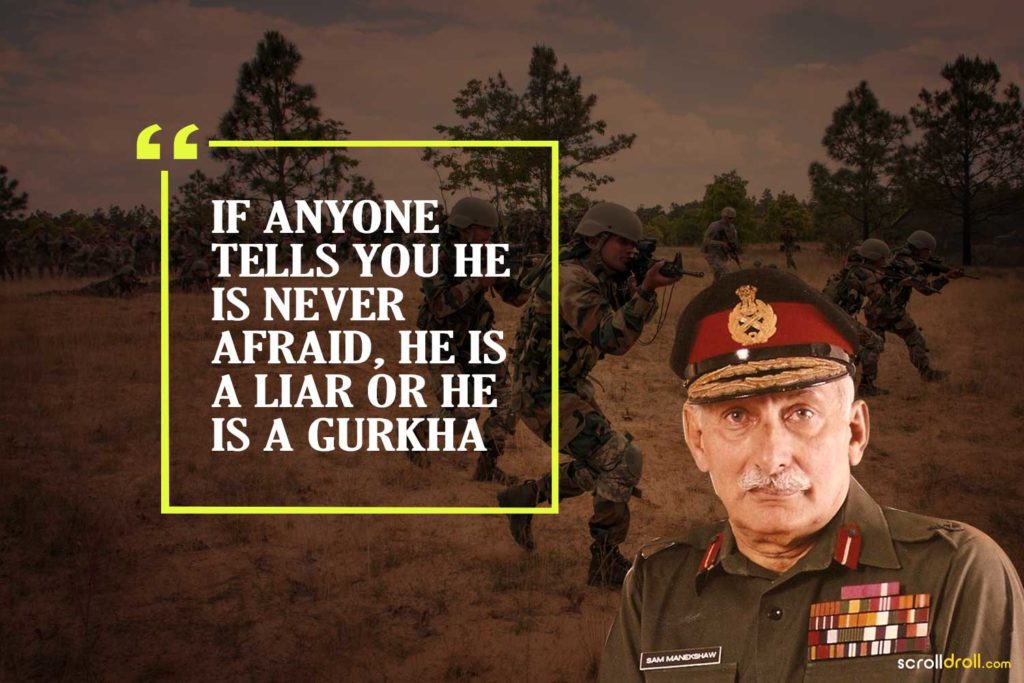 2. When Indira Gandhi asked Sam Manekshaw if the Indian Army was ready for a war against Pakistan in April 1971, he told her about the inevitable defeat if India attacked East Pakistan untimely. Seeing Indira Gandhi angry, he offered to resign saying: 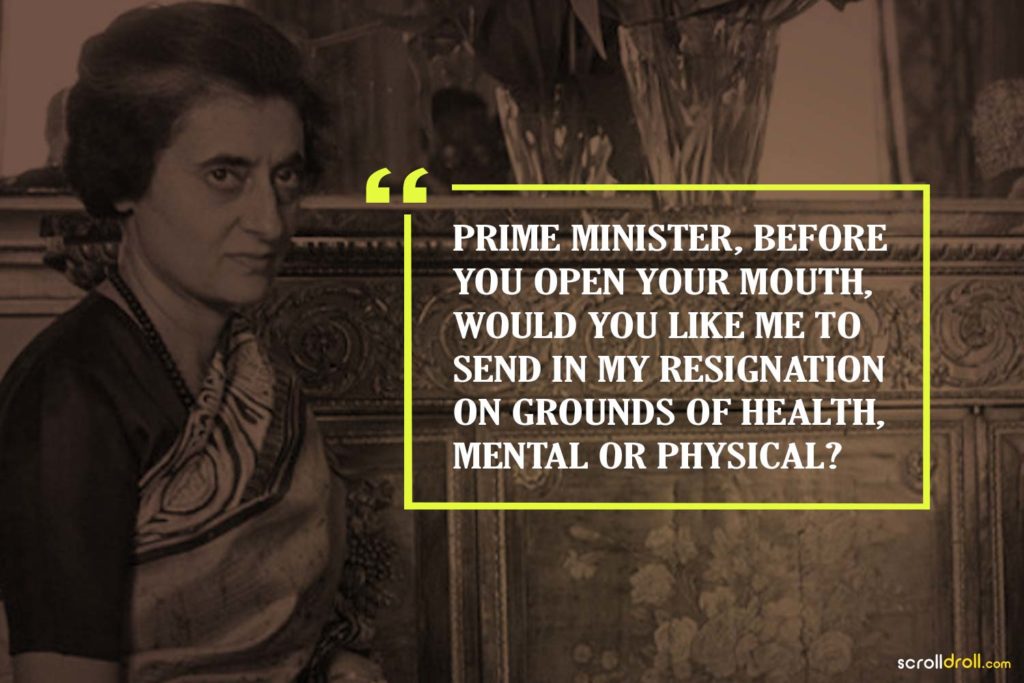 3. Mankeshaw did not want Indian Army to get into the brutal trend of dishonoring and raping women in a defeated land. So he advised his army 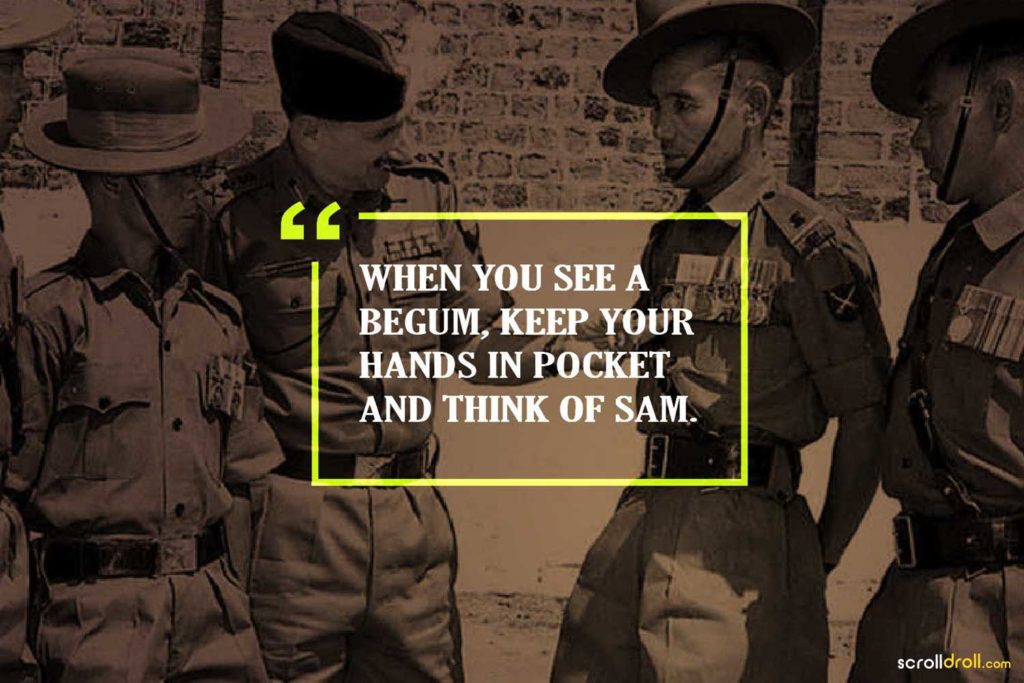 4. Manekshaw’s message to Pakistani troops on 9th December 1971, asking them to Surrender 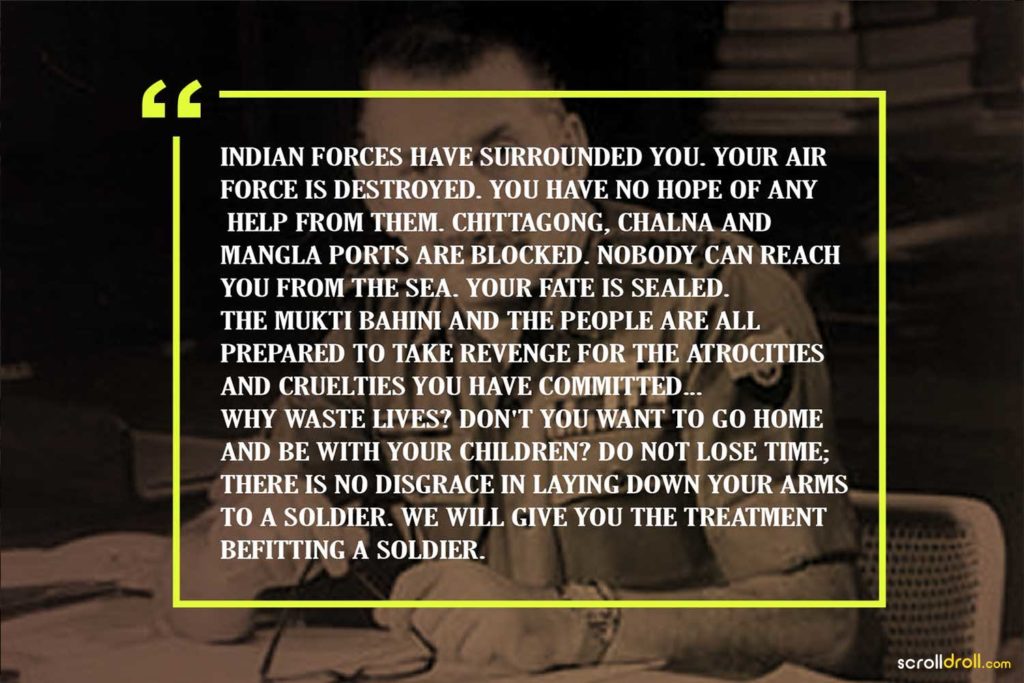 5. Sam Manekshaw guaranteed Indira Gandhi’s victory in the 1971 War if she allowed him to handle the conflict on his own terms, and set a date for it; Mrs. Gandhi agreed. He prepared the Army for war from April to December 1971. On the eve of the war, Indira Gandhi again asked General Maneksaw if he was ready for the war. He replied: 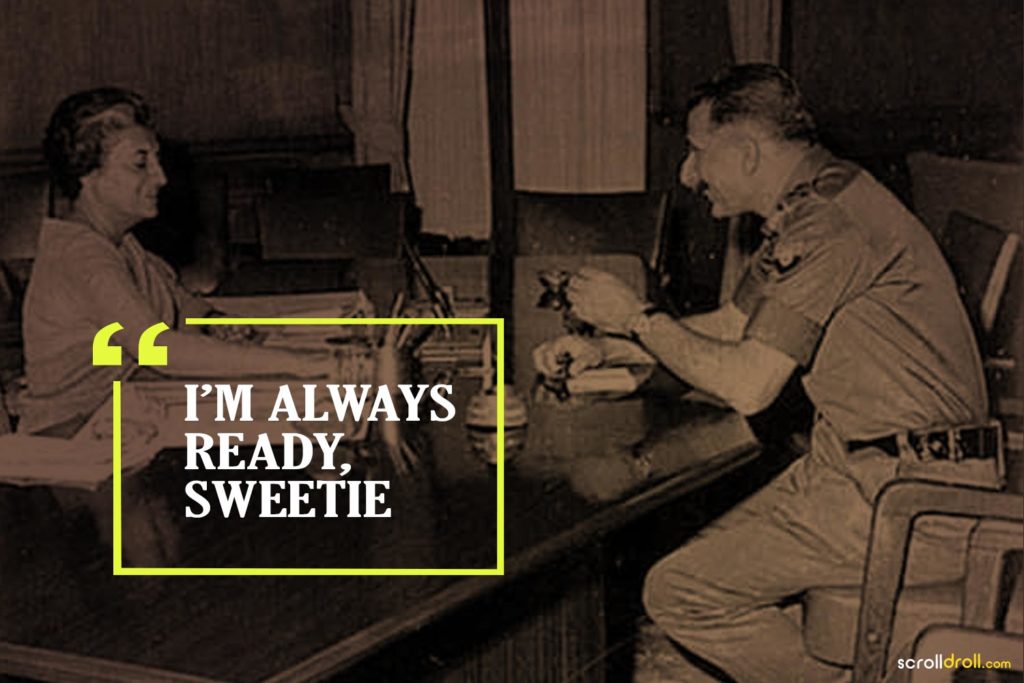 6. Yahya Khan (president of Pakistan during 1971 War) and Sam Manekshaw served in the British Indian Army together before Indo-Pak separation in 1947. Sam had sold his bike to Yahya for Rs.1000 during partition and Khan promised to send him money from Pakistan. The amount was never received. After the win of 1971 war and creation of Bangladesh from East Pakistan, Sam Manekshaw quoted: 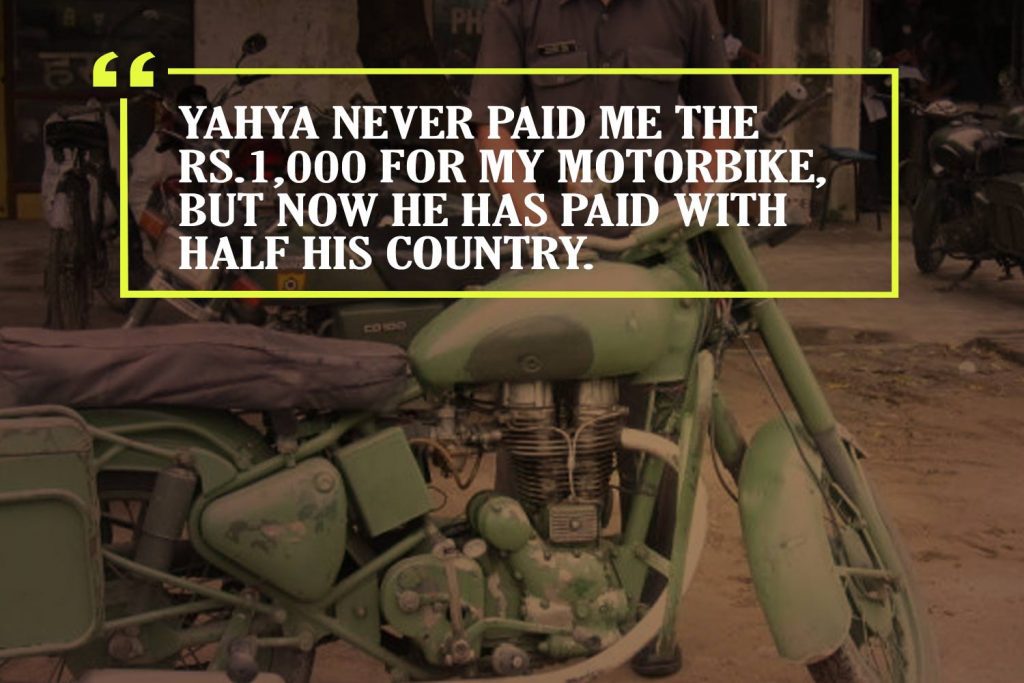 7. Few months after the War Indira Gandhi signed the Shimla Agreement where India released over 93,000 Pakistani POWs and got almost nothing in return except a verbal assurance from Pakistani PM, Zulfikar Ali Bhutto. This is still considered as a wasted opportunity for India. Replying to Indira Gandhi about his view on the Shimla Agreement, he said: 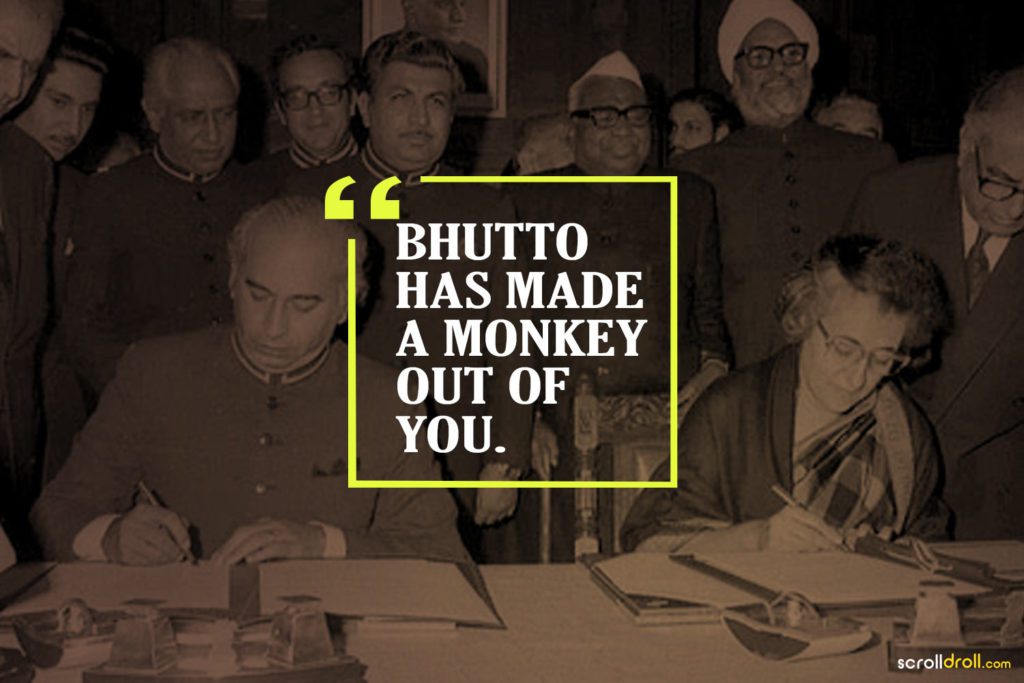 8. When the Defence Minister, Krishna Menon asked him about his views on the then Chief Of Army Staff, General K. S. Thimayya 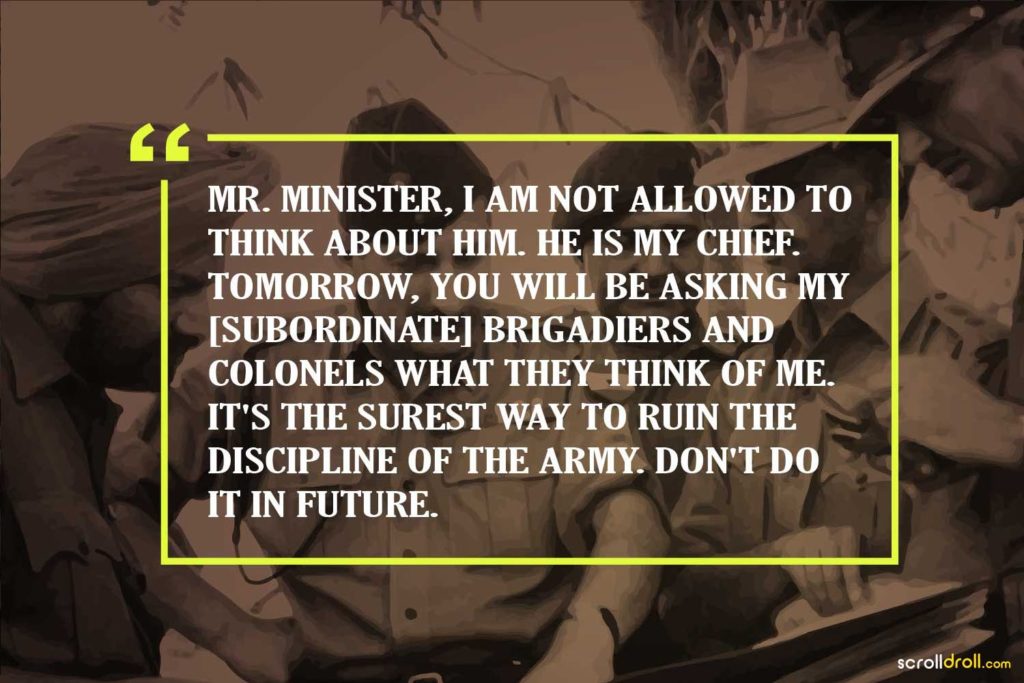 9. When asked what would have happened if he had opted for Pakistan during partition and not India: 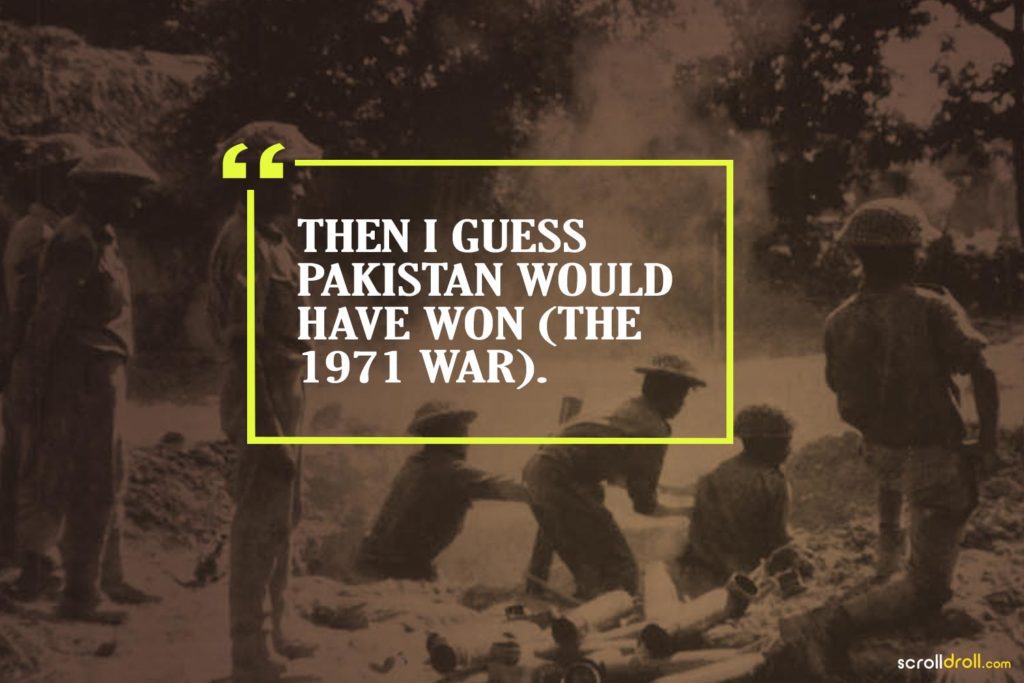 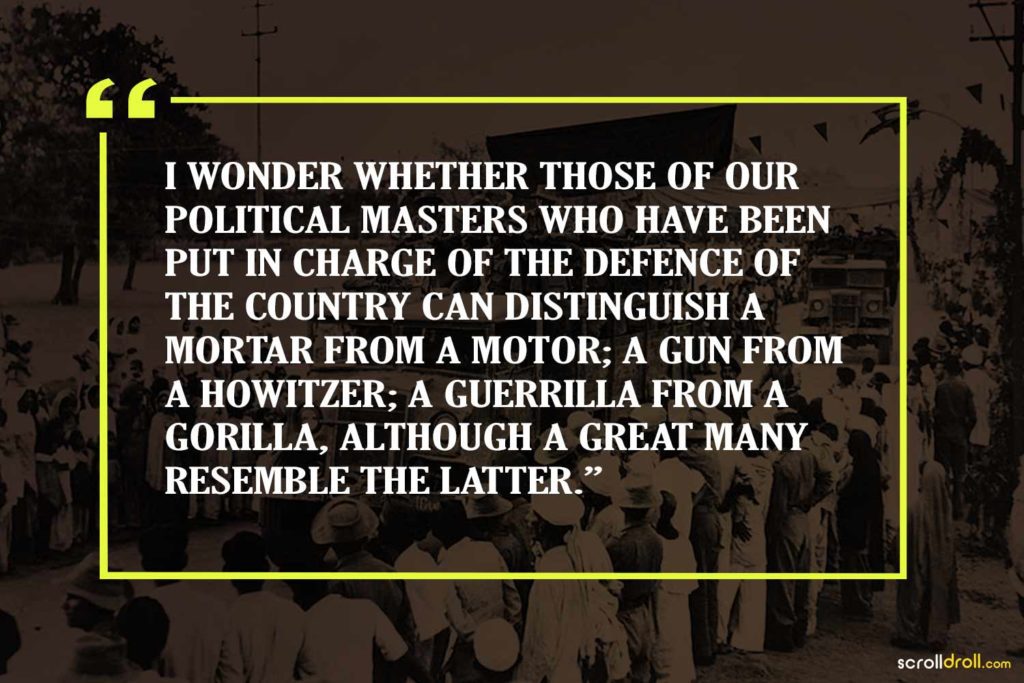 11. When sent to command retreating Indian forces in the 1962 Indo-China War: 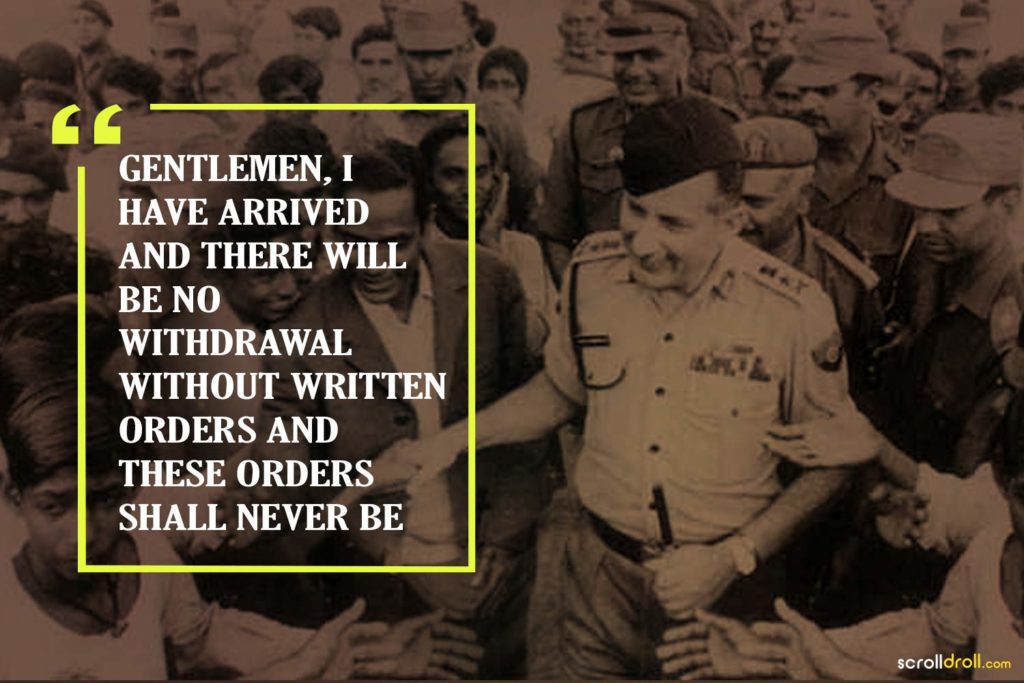 12. When questioned by Indira Gandhi on rumors of a coup by the Army: 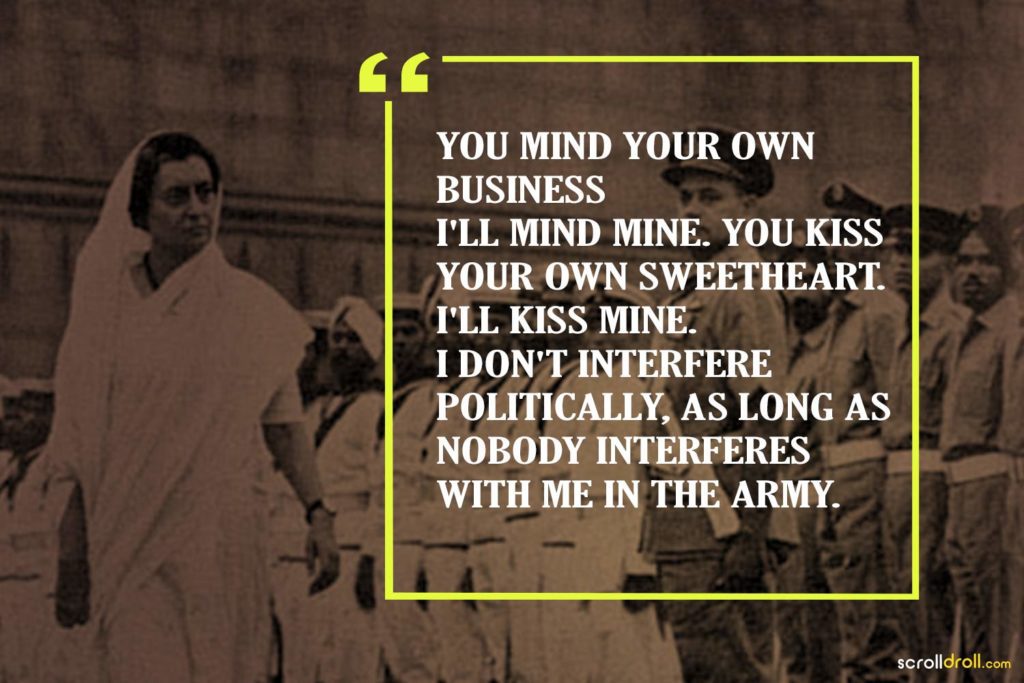 13. Sam Manekshaw was hit by bullets in the battlefield during the World War II. The surgeon at the hospital asked Sam Manekshaw what had happened to him to which he replied: 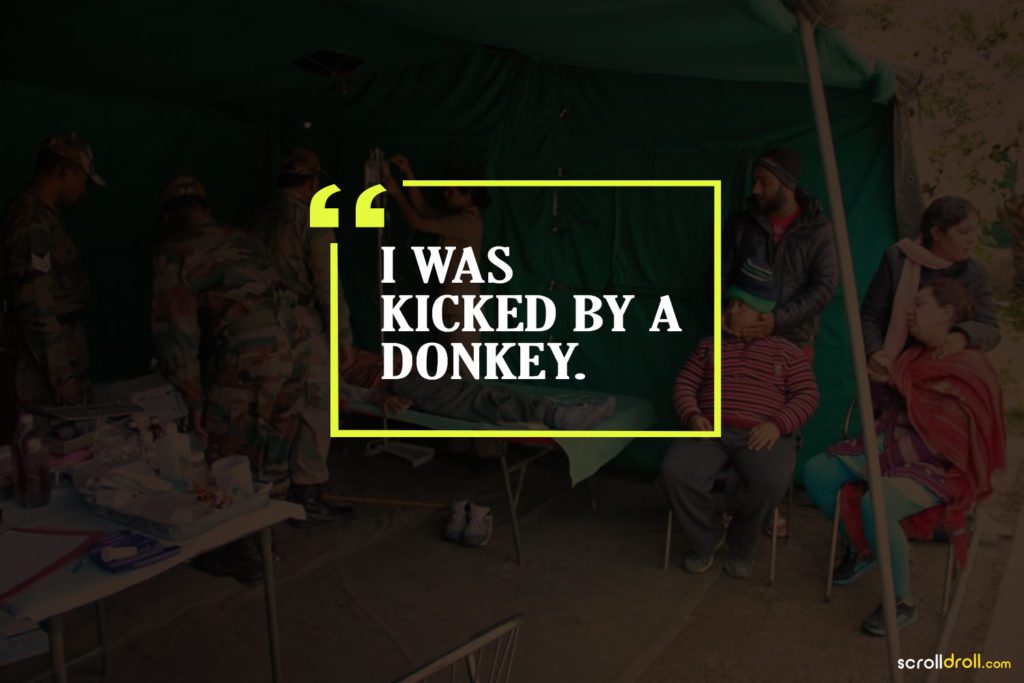 The surgeon reportedly replied to him, “You have a sense of humor; I think you are worth saving.” 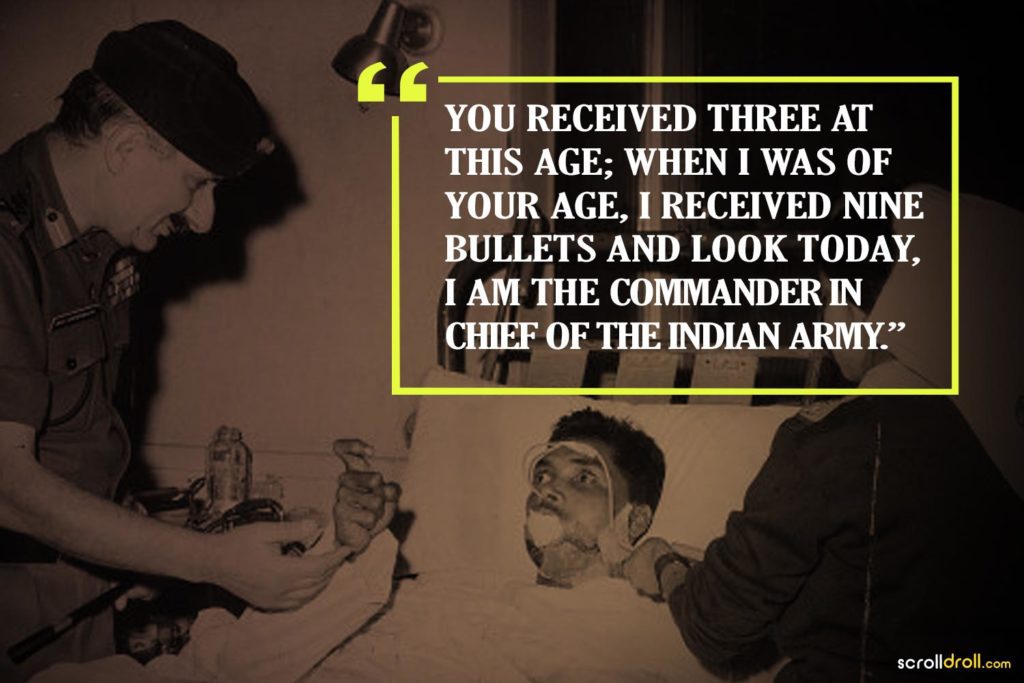 15.  Sent a parcel of bangles to the commanding officer of a battalion in Mizoram who was avoiding conflict with a note. 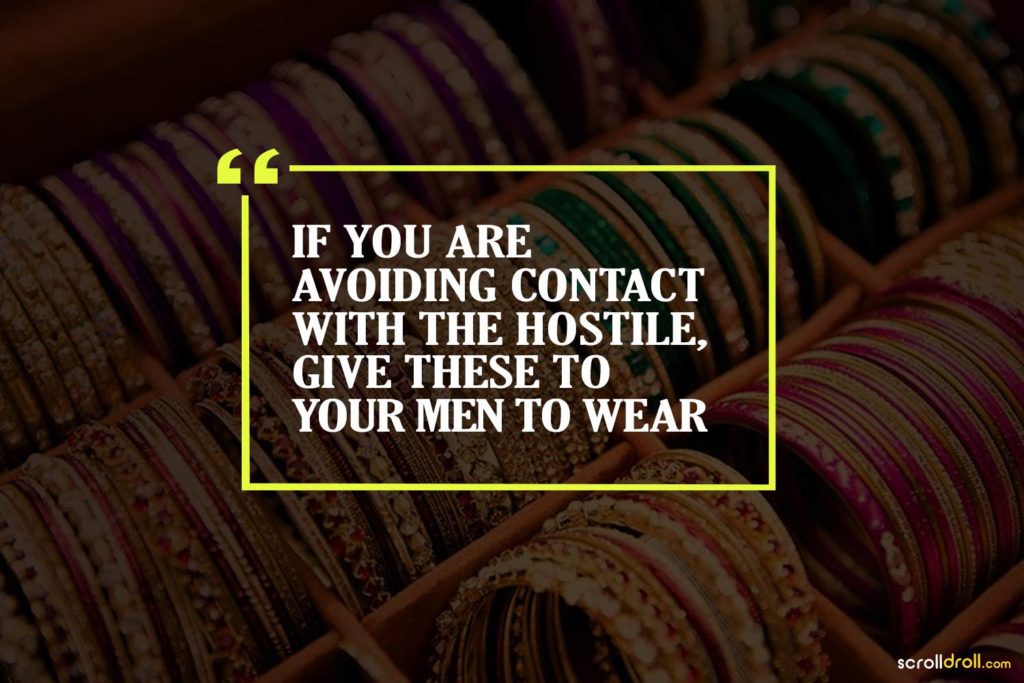 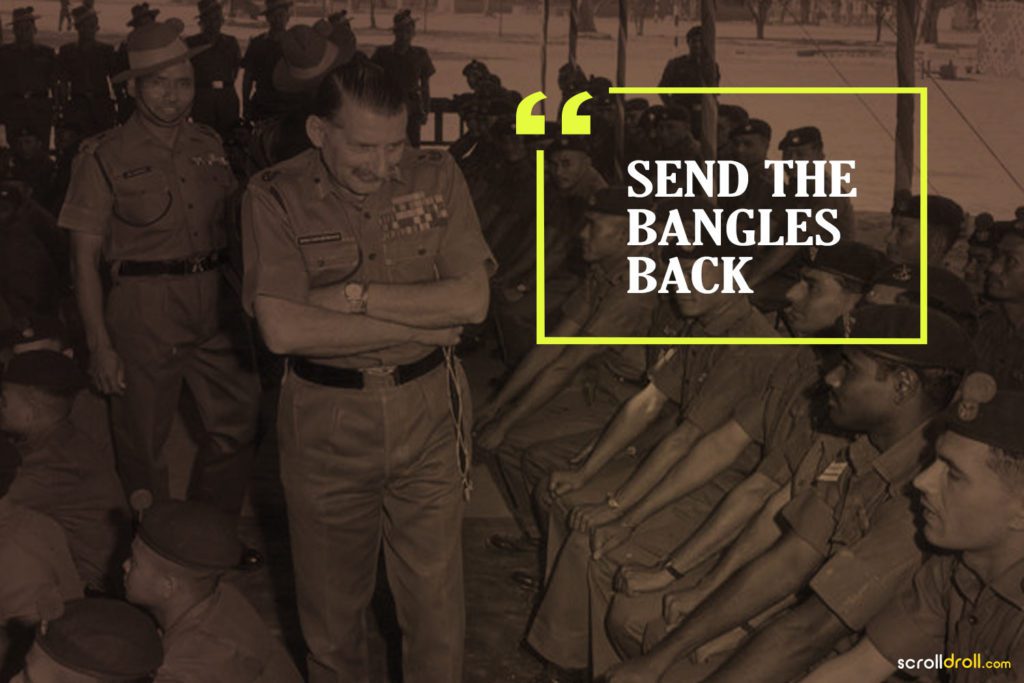 17. After helping a young Indian Army Officer, with his luggage, who did not recognize Manekshaw
Officer: “What do you do here?” 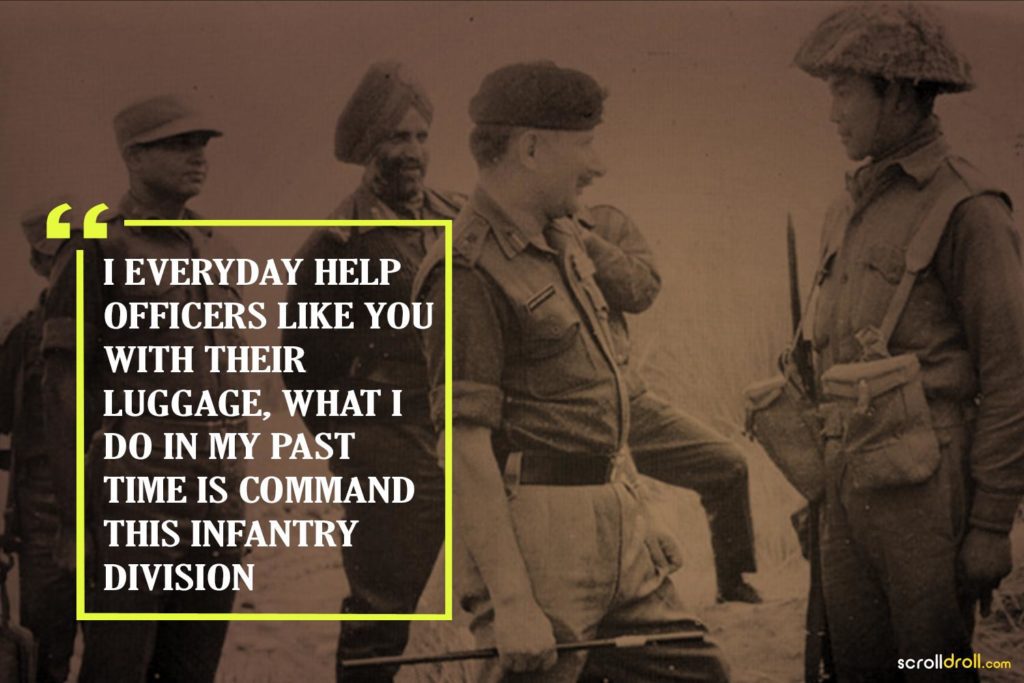 18. When he spoke about soldier’s smoking and drinking: 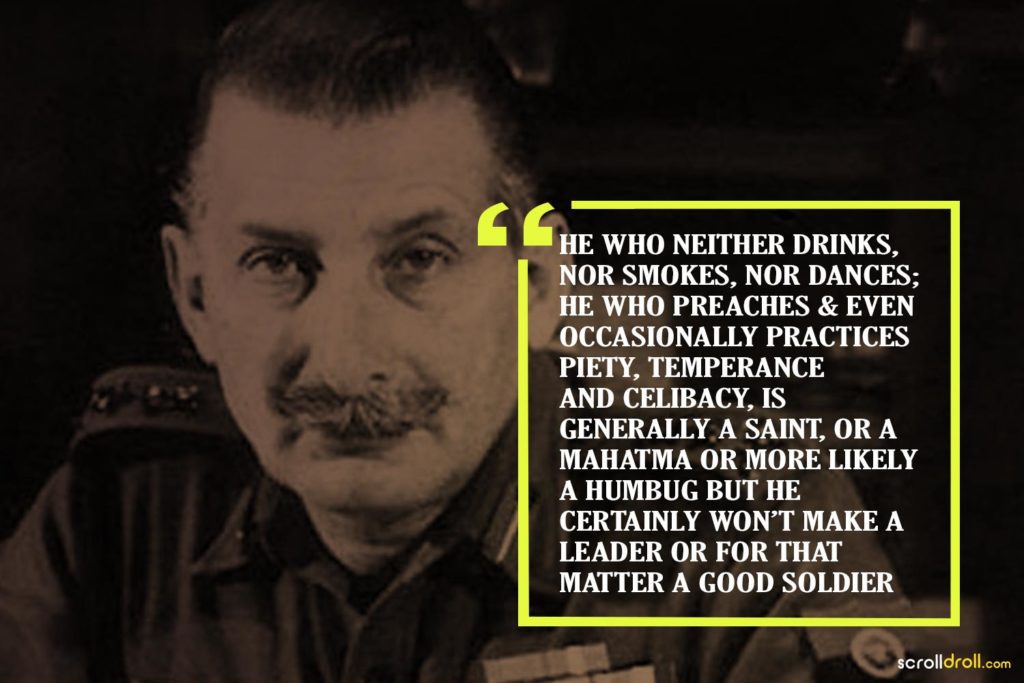 Needless to say, Sam Manekshaw was one tough army officer. He certainly had a way with his words, which impressed many. He died a legend and these Sam Manekshaw quotes will forever be engraved in Indian history.