The poet from whose blessed pen came into existence the words “Saare jahaan se accha, Hindustan humaara” from Tarana e Hind, the national poet of Pakistan, Muhammad Iqbal, was called Allama, meaning “the most learned” in Persian. He lived from the year 1877 to the year 1938 and created a number of literary masterpieces that continue to occupy people’s minds almost a hundred years after his demise. His philosophy often aimed at bridging the gap between the East and the West and at the empowerment of Muslims. His poems and shayaris were mostly written in Persian. The Madhya Pradesh Government awards the Iqbal Samman to outstanding contributors to Urdu literature every year, and Pakistan celebrates the birthday of their national poet as Iqbal Day, which also stayed a public holiday until recently in 2018.

Shayaris have enthralled us for a long time. They have supported us during tough times. Their short lengths but hard-hitting and meaningful texts have made them immensely popular and a useful way of communication, so much so that ‘Shayari nights’ are organized in some places to celebrate and appreciate this part of eastern literature. Allama Iqbal was a master shayar and his shayaris have gained an enormous amount of popularity. Here are fifteen of his shayaris for you to see what we mean when we say that he was one of the best shayars in the subcontinent. 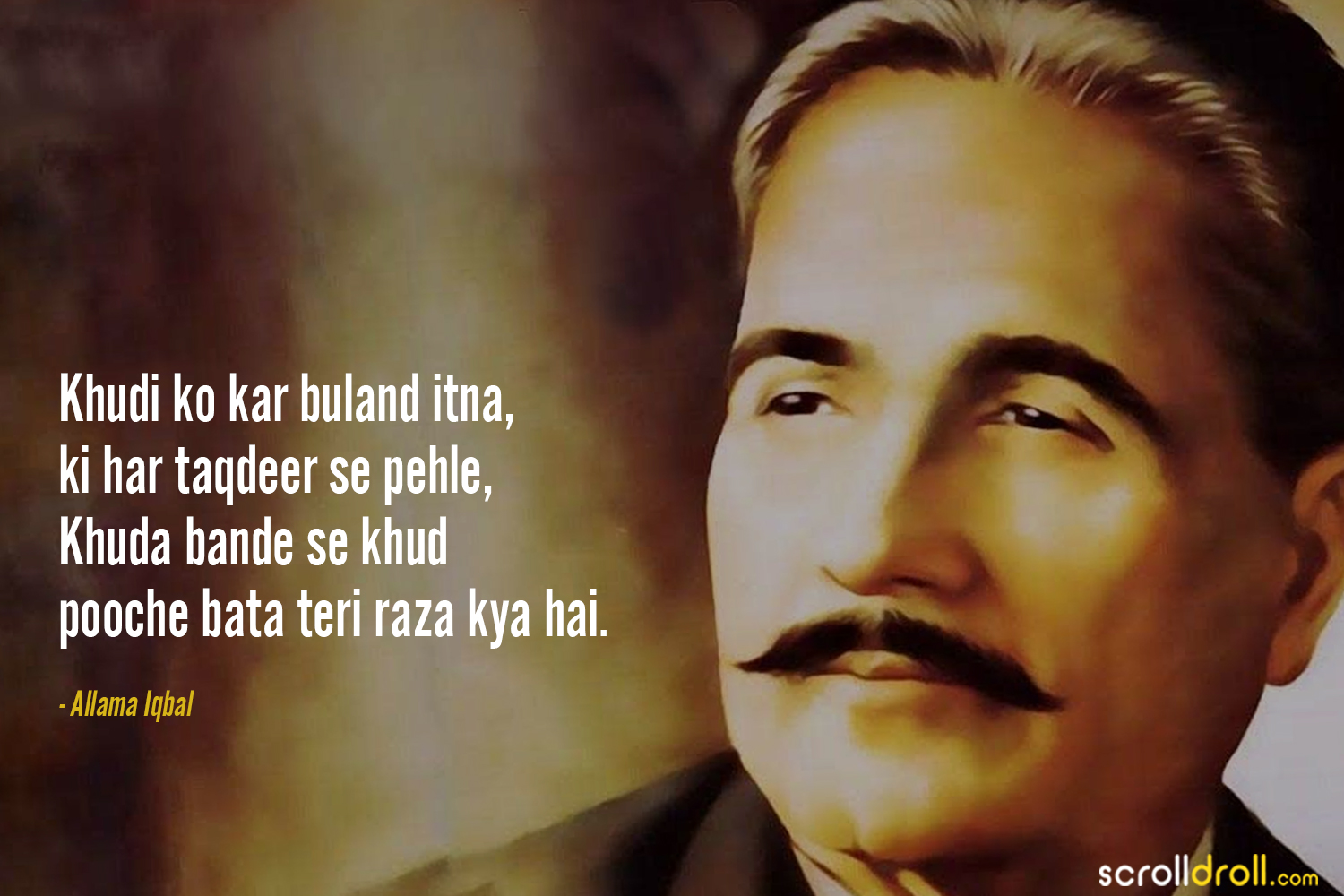 2. Everyone suffers in Love 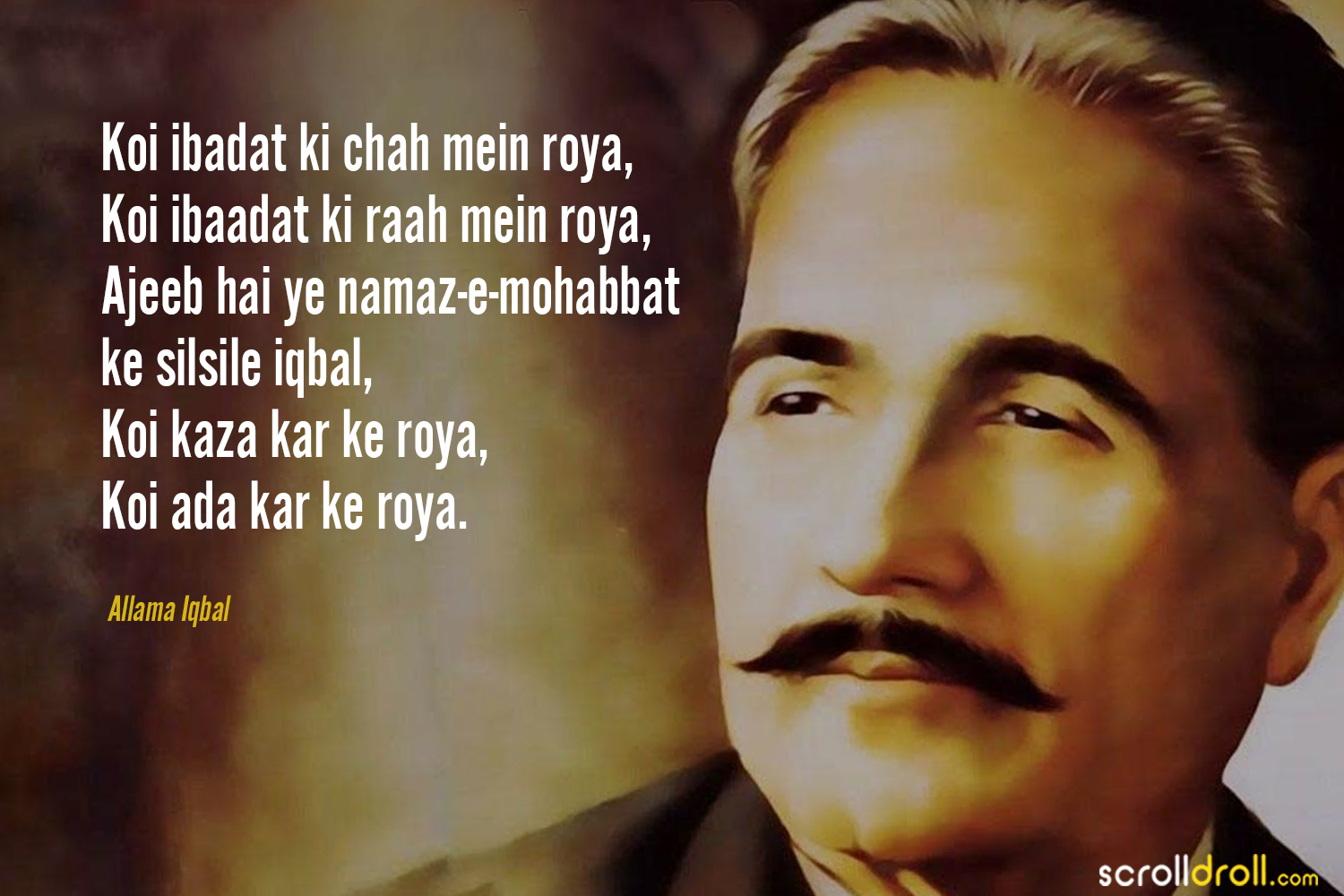 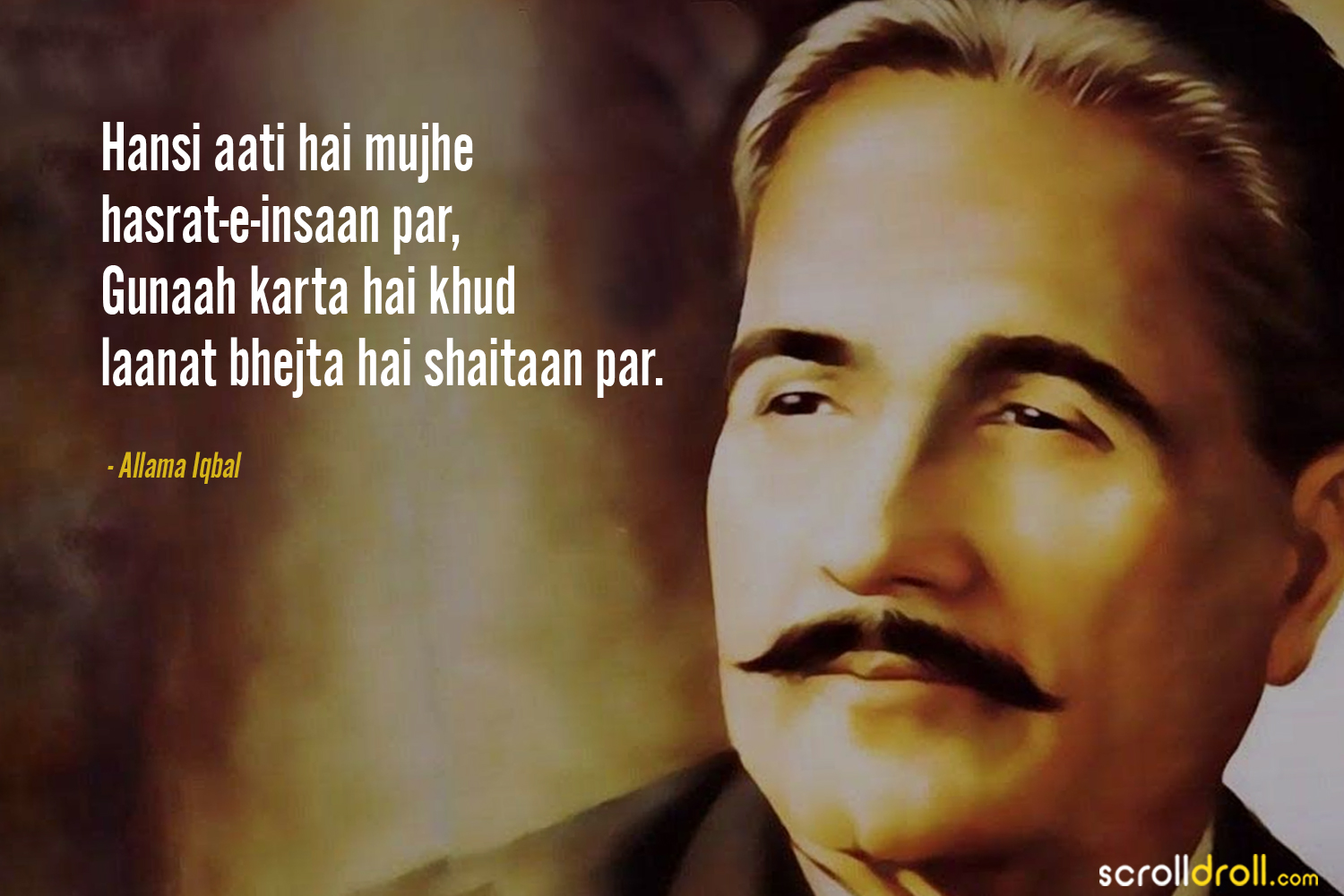 4. Beauty lies in the eyes of the beholder. 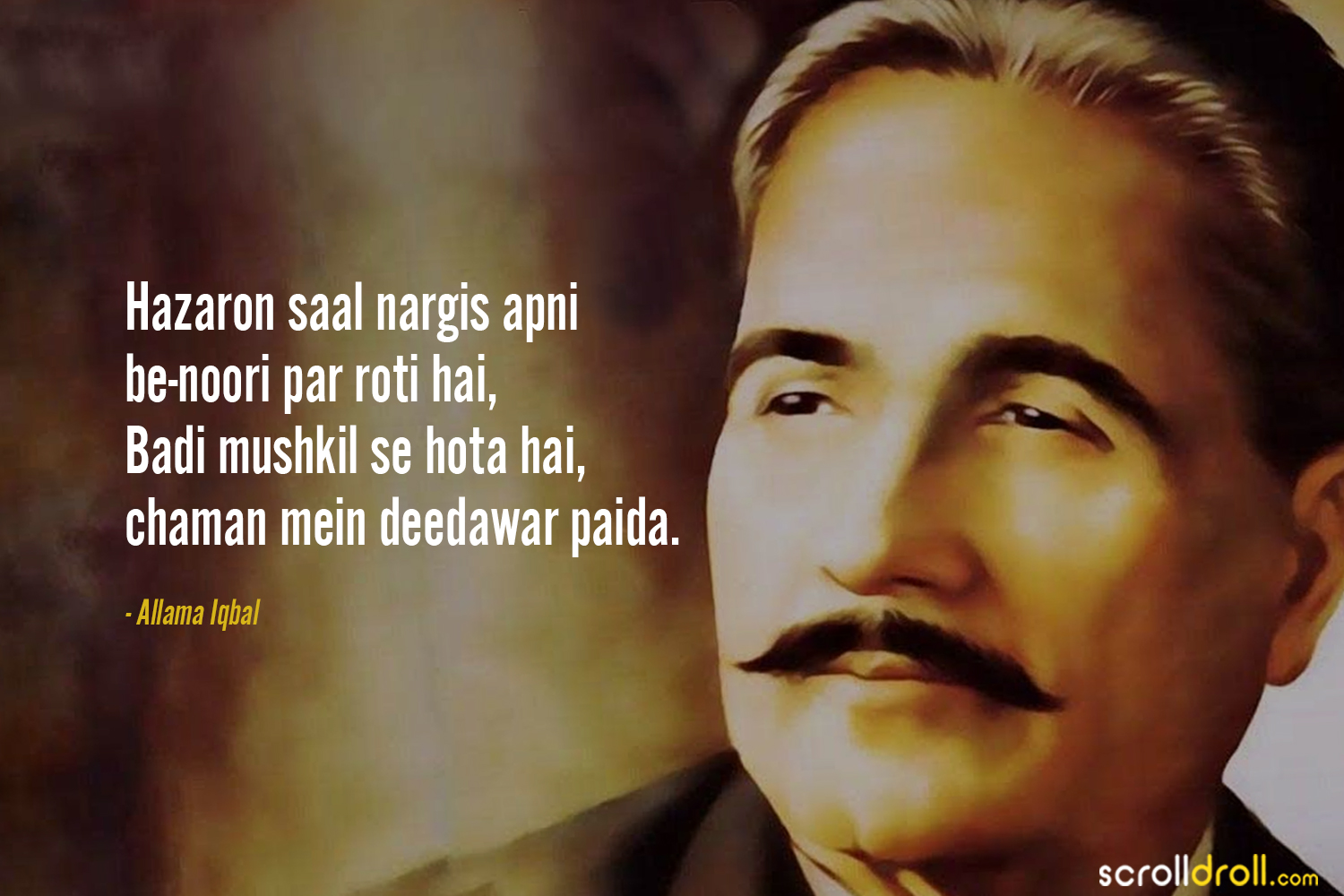 5. Love is the biggest test. 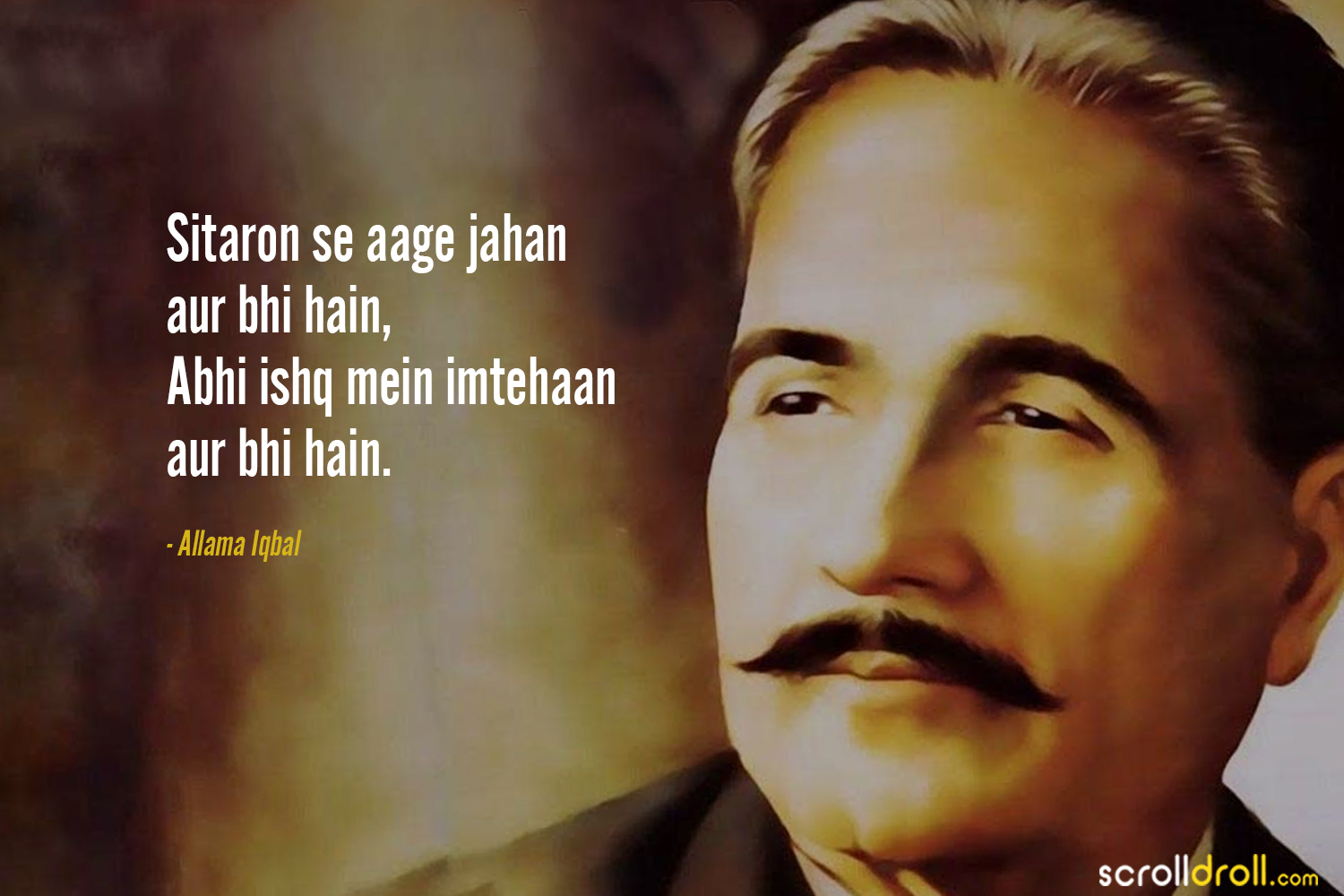 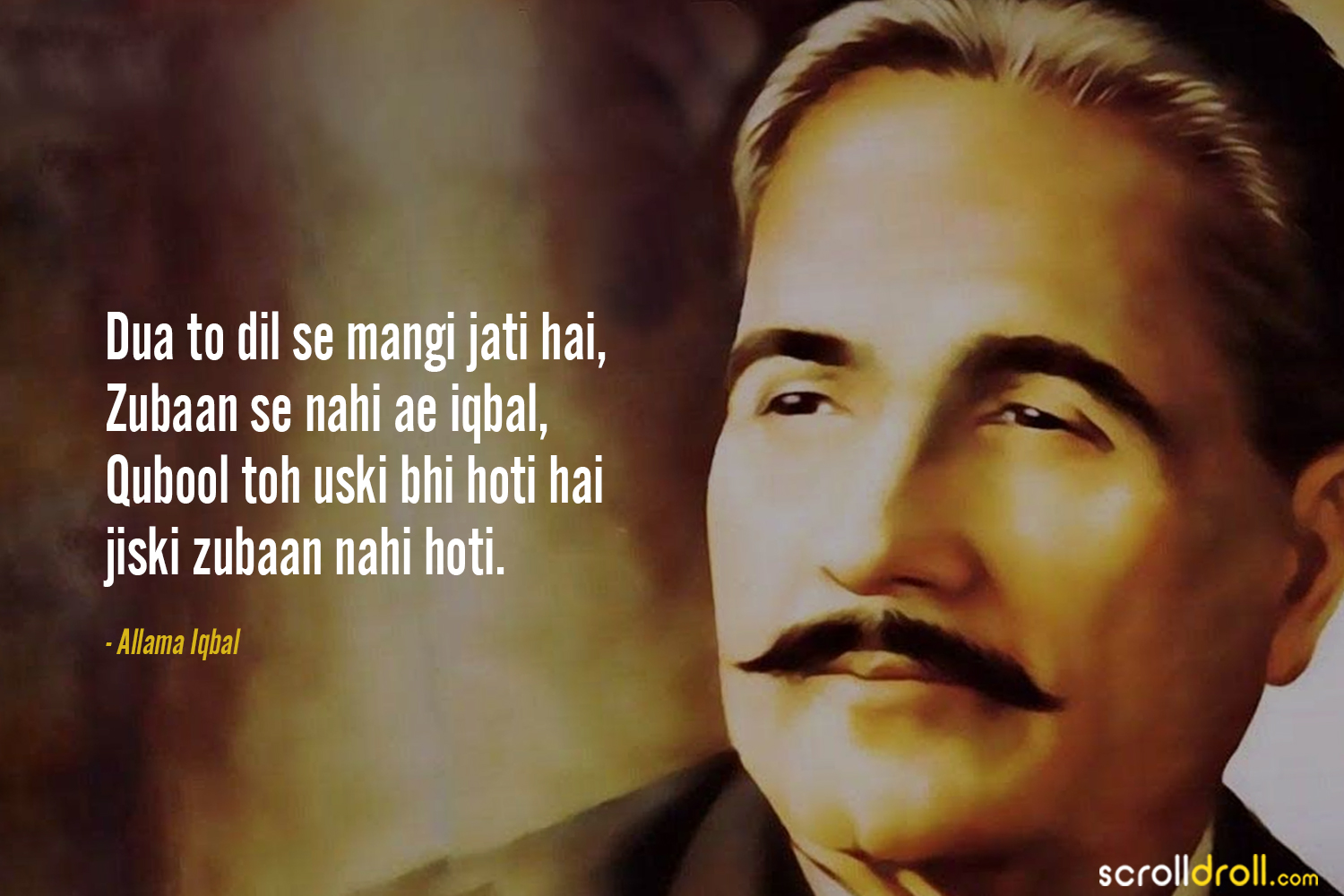 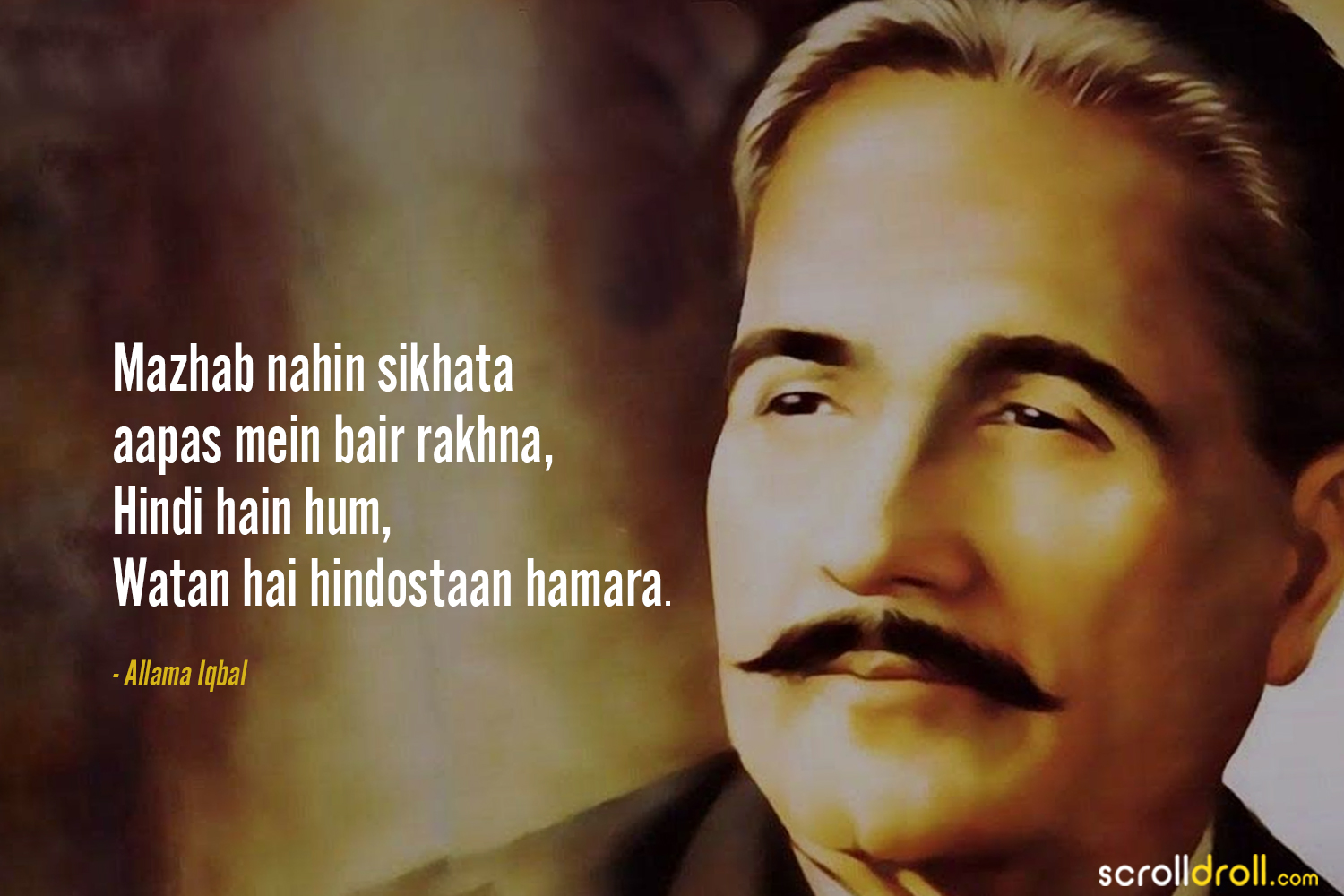 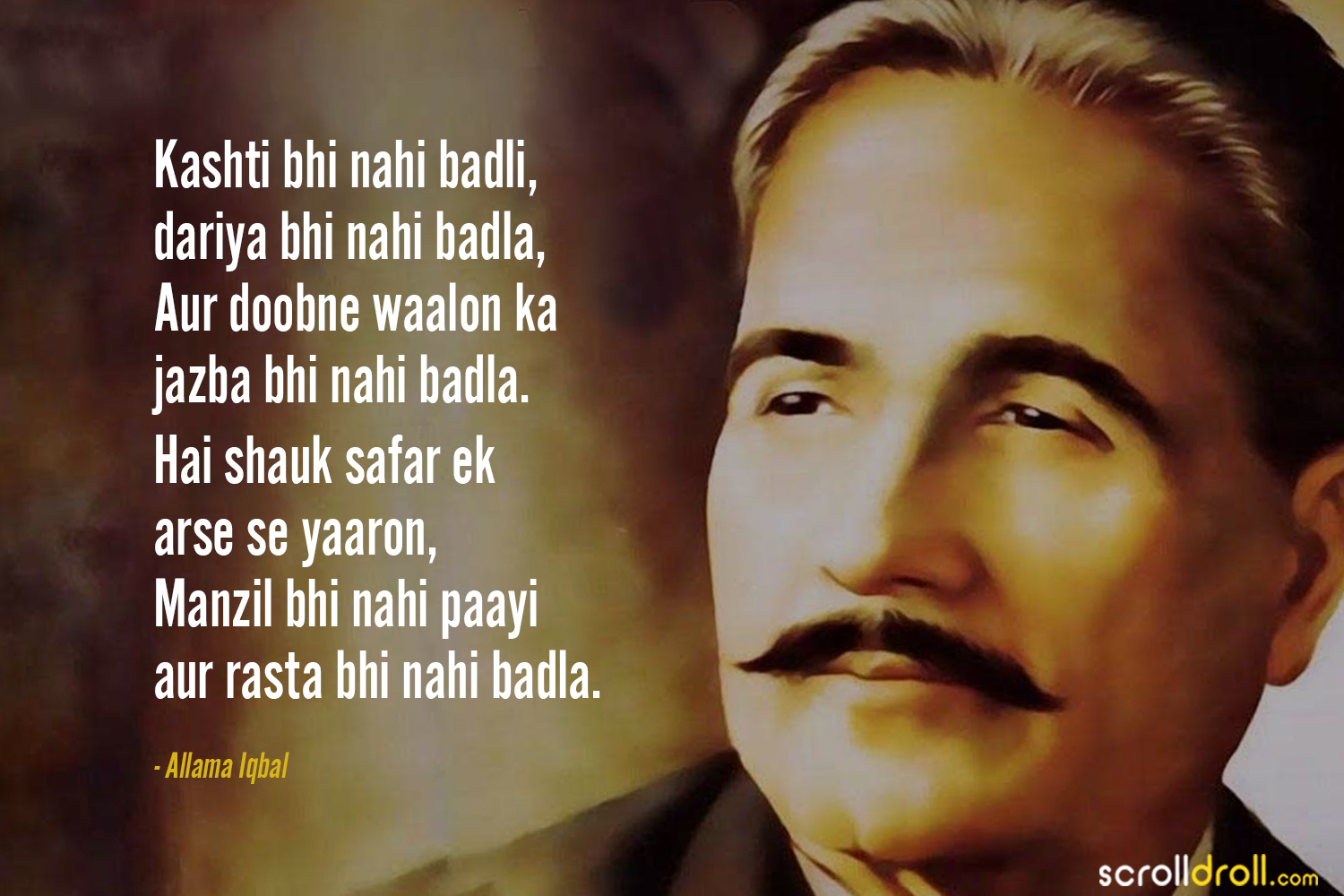 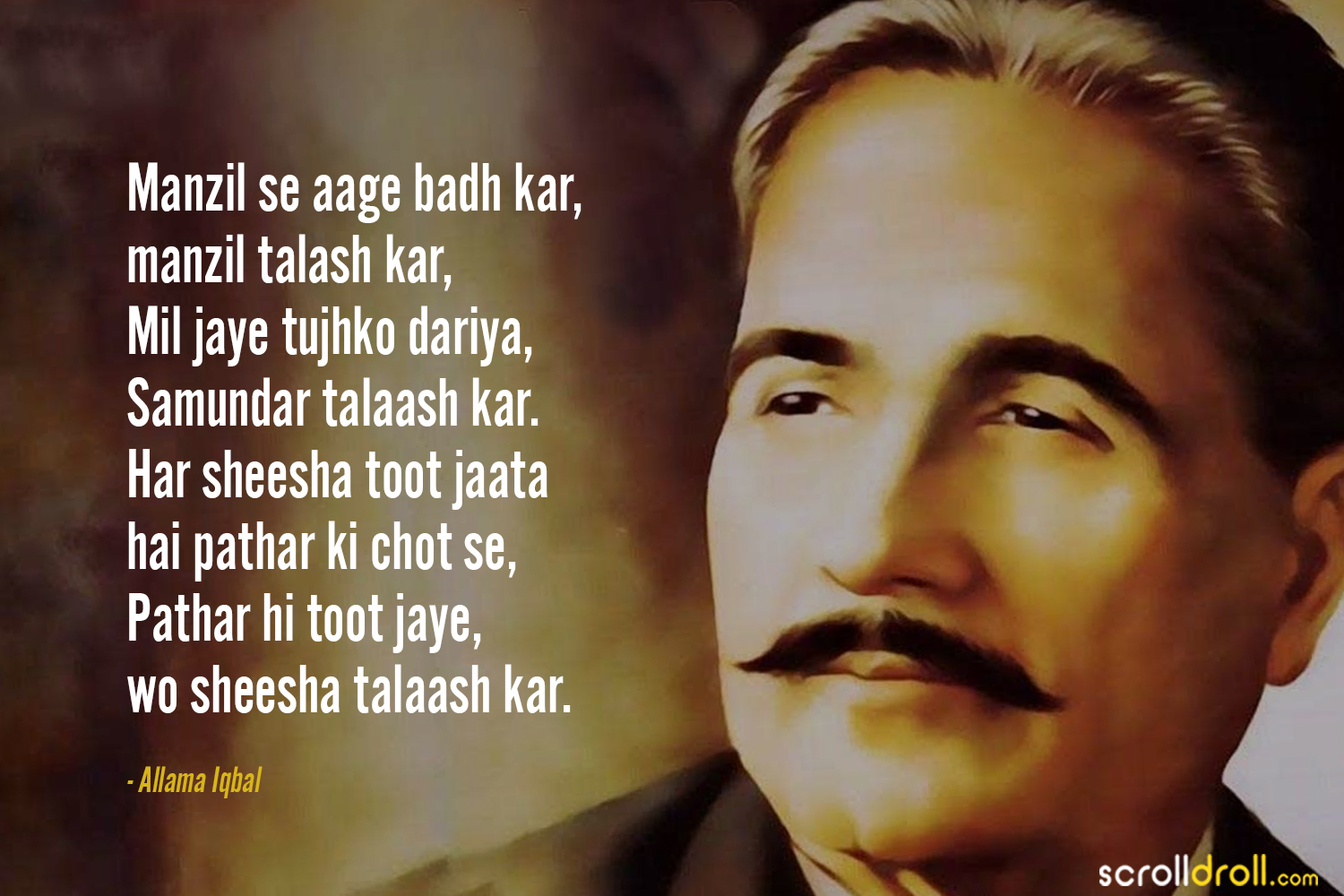 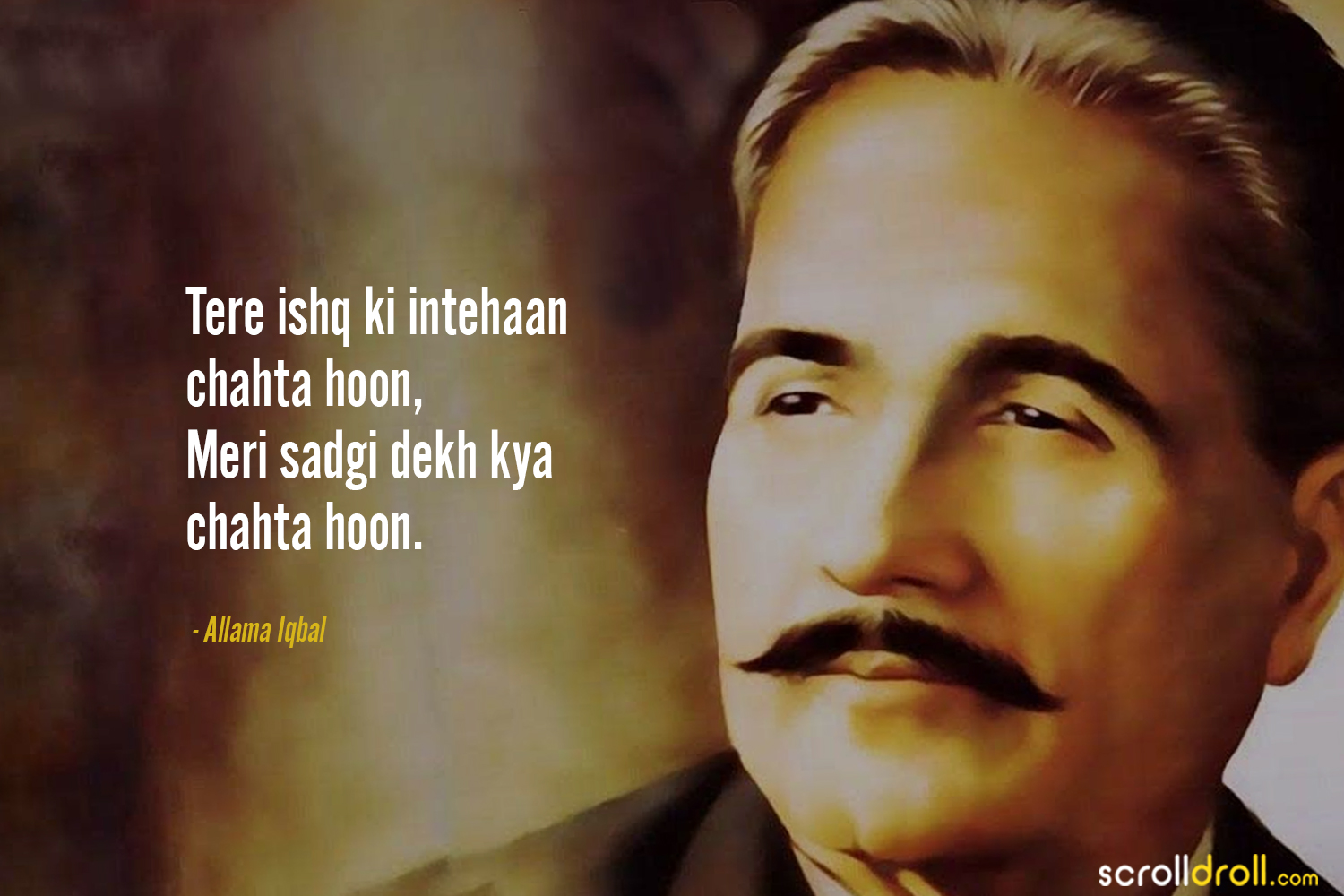 11. The call of your Conscience 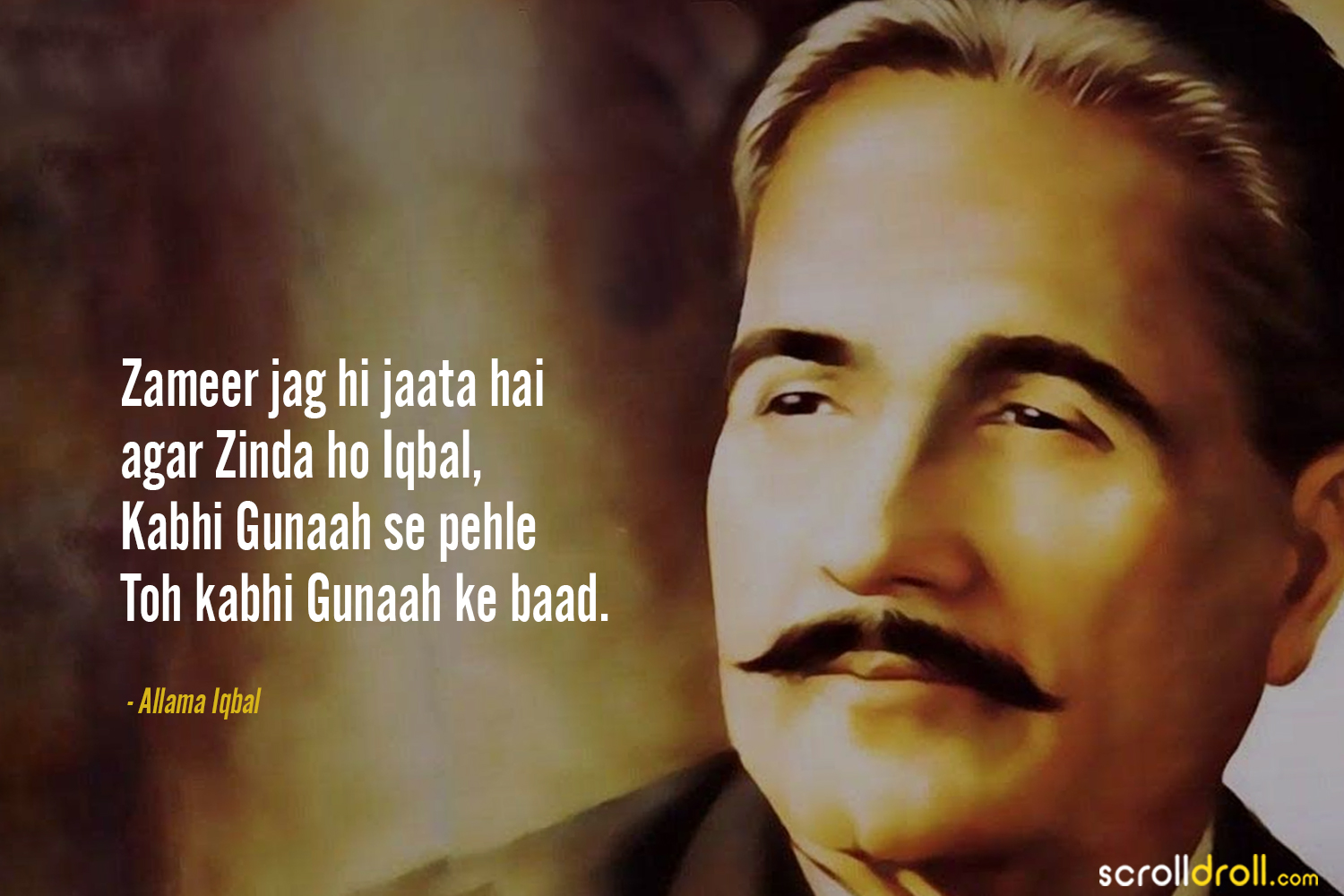 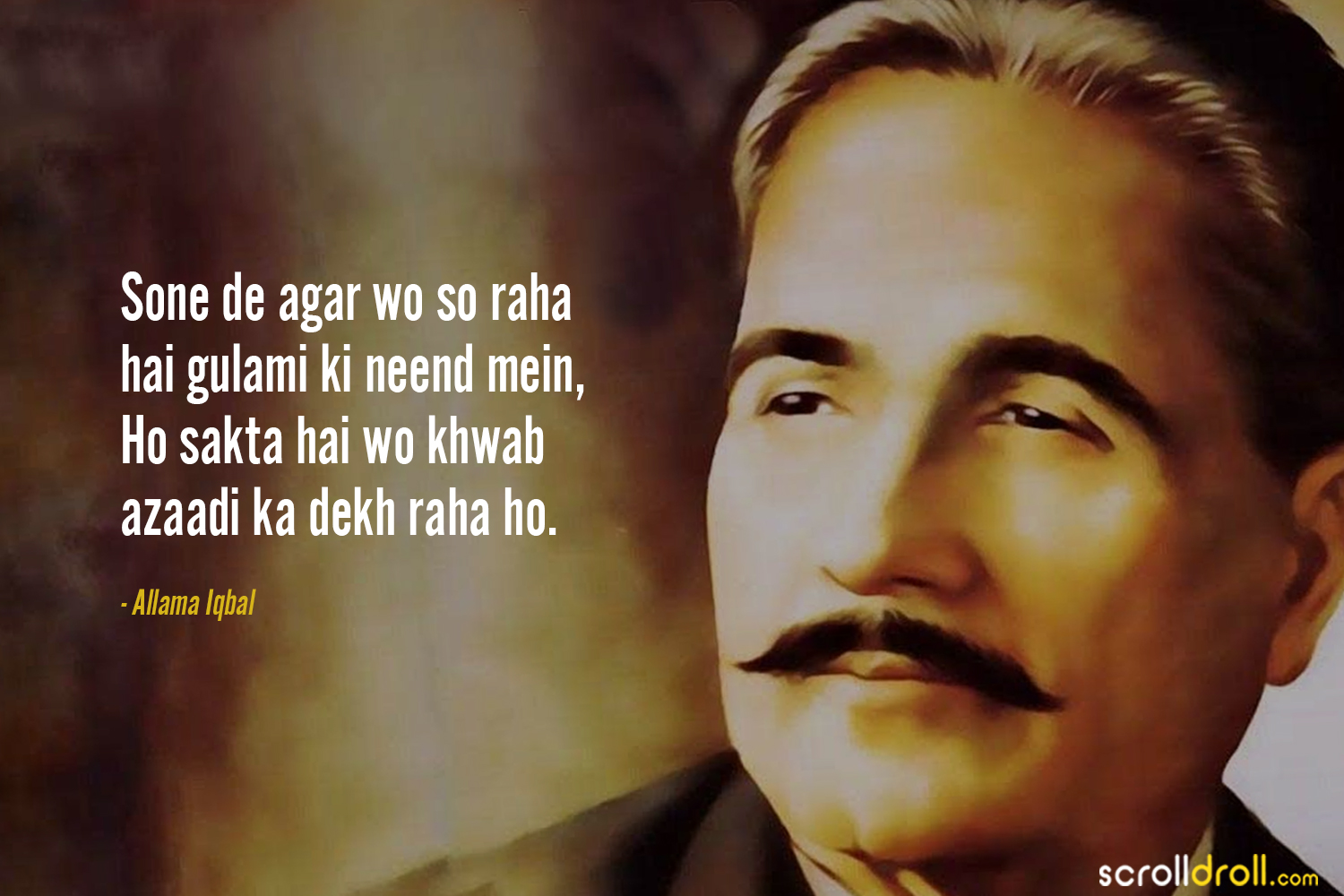 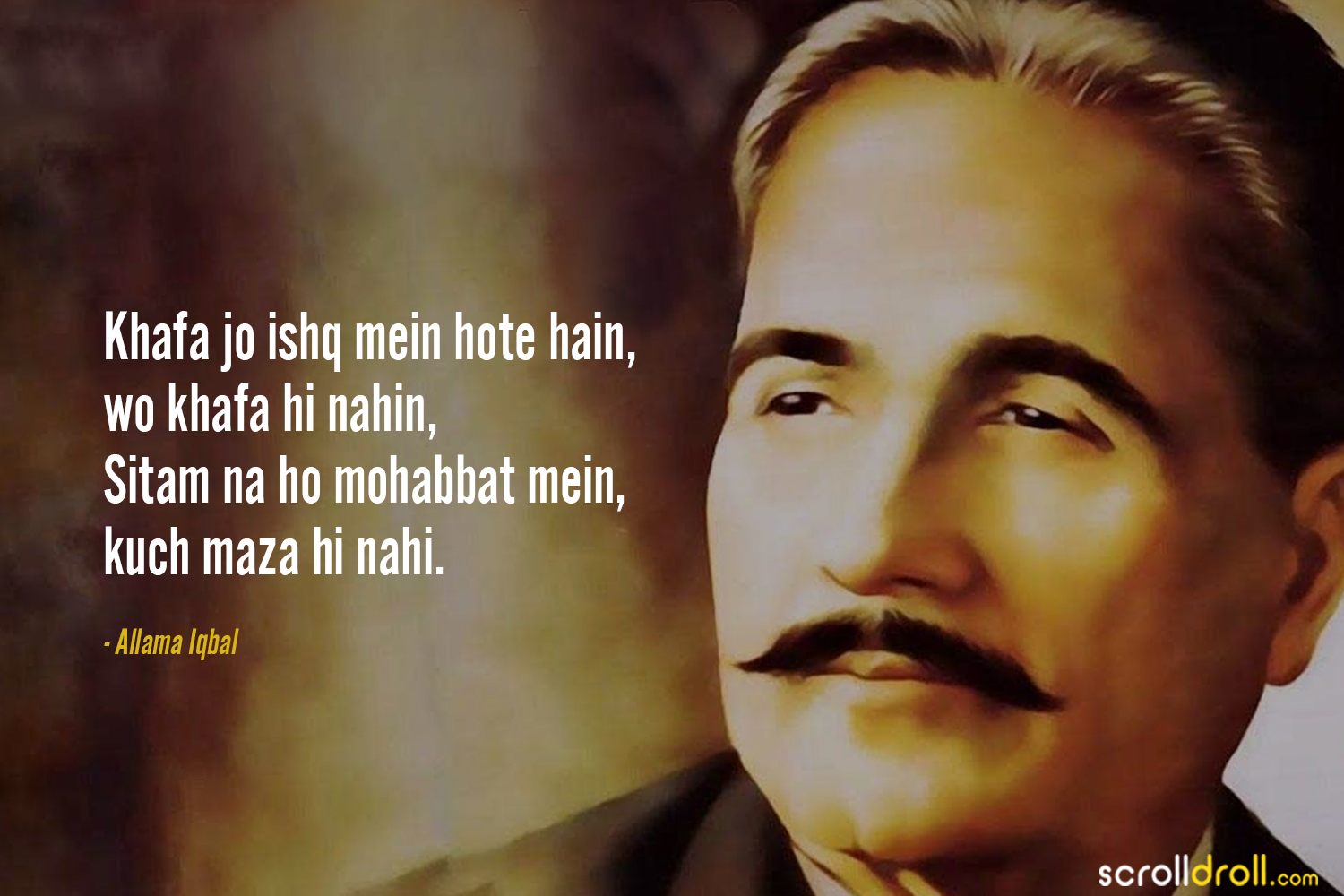 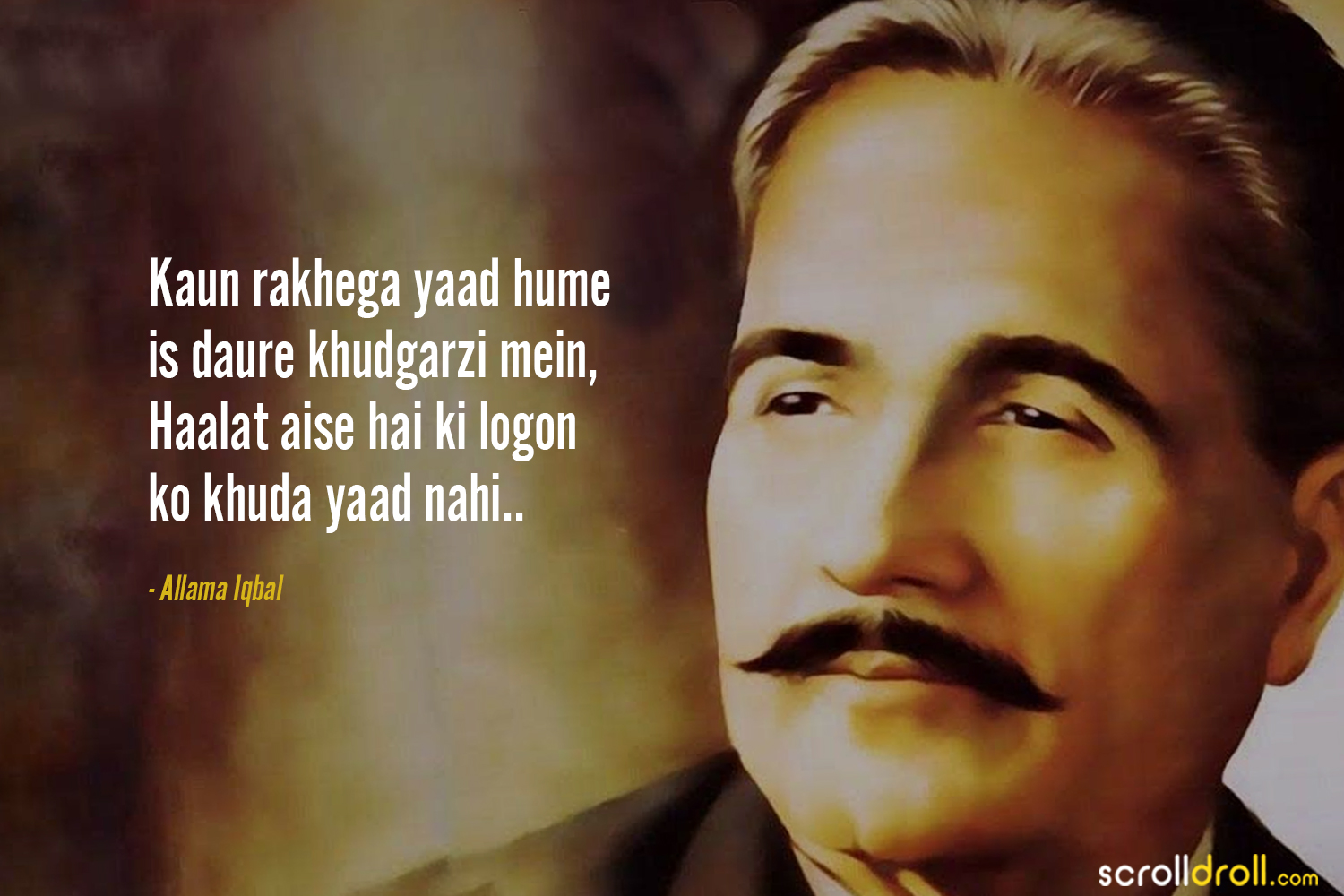 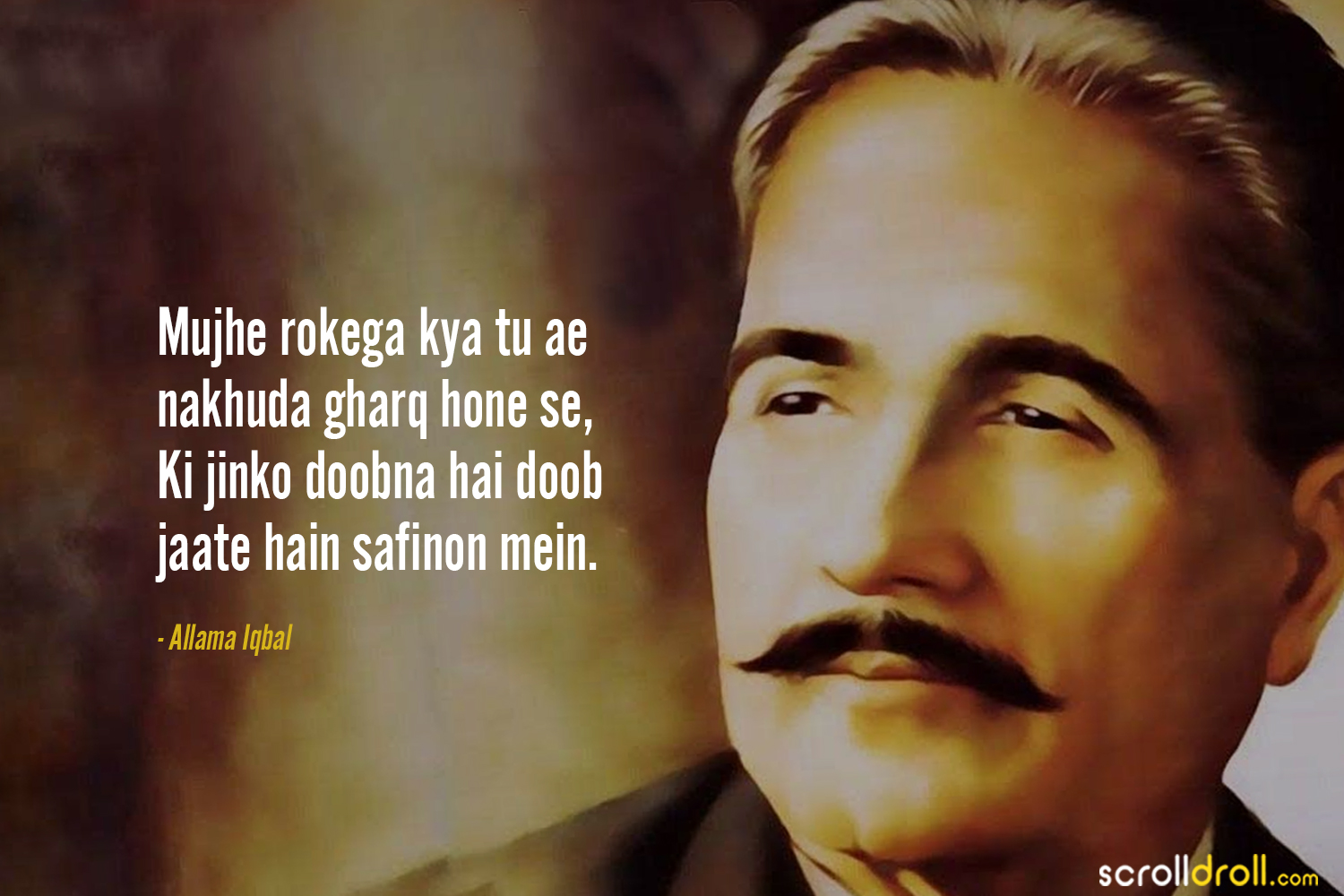 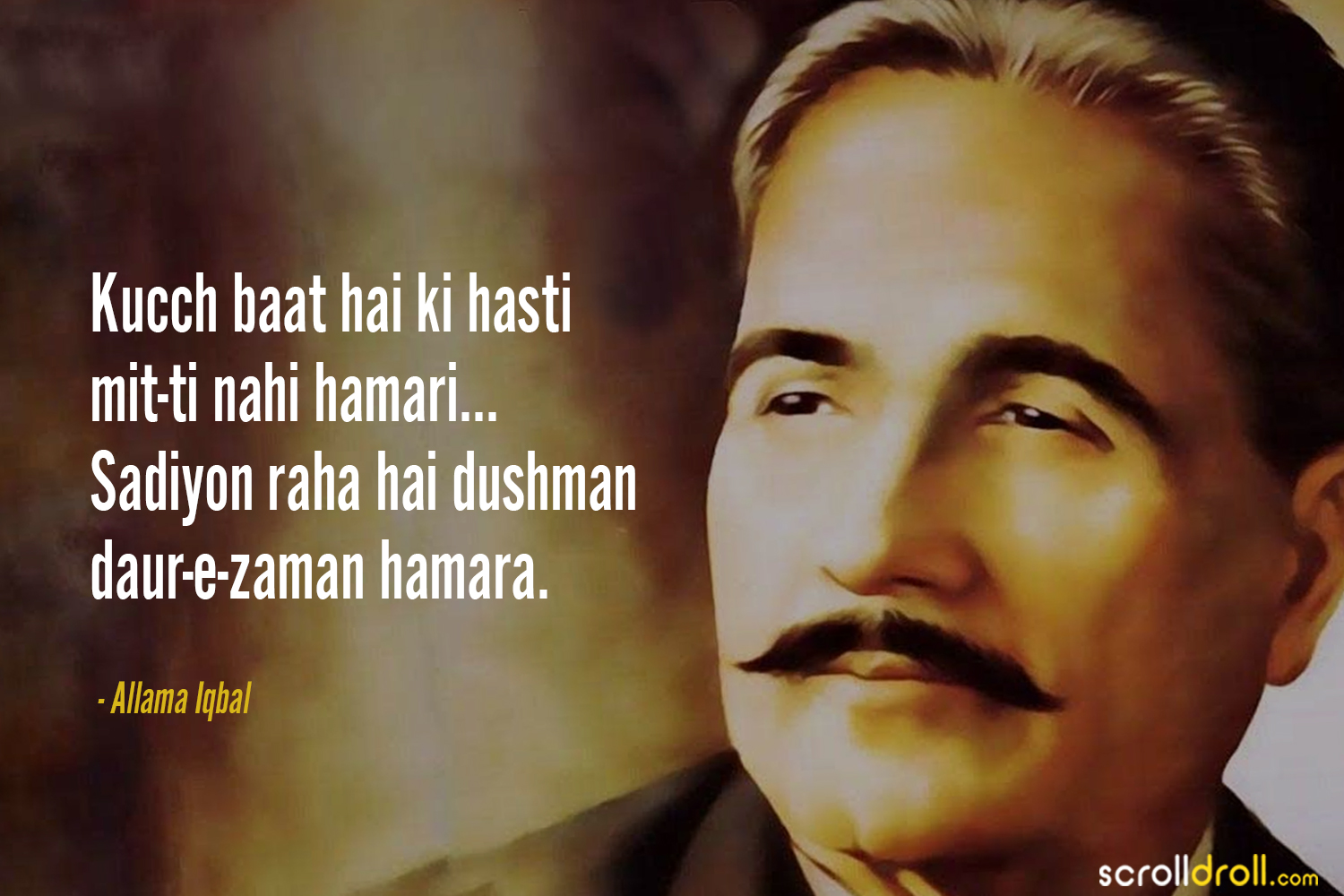 Allama Iqbal carved a niche for himself in the minds of all lovers of literature. His British Indian education made him even more appealing because of the amalgamation of Eastern and Western values. Even though he is no more, his massive body of work speaks for itself when Allama Iqbal shayaris are still alluded to at shayari nights, even after all these years. Do you have any Allama Iqbal shayaris to share with us? Let us know in the comments.

15 Famous and Relatable Poems And Shayaris By Kumar Vishwas