While there have been several adaptations and renditions of Sherlock Holmes, the wildly popular sleuth created by writer Arthur Conan Doyle, BBC Sherlock is easily one of the best ones to have ever come out. There’s something about Benedict Cumberbatch’s eyes that makes one believe he truly is the character he plays. While based on the stories written by Doyle, BBC Sherlock brings in a uniquely comic perspective that keeps viewers hooked to the show. With that, we bring you the best Sherlock quotes that proves he’s the snarky hero we need but do not deserve.

Now, back onto these best Sherlock quotes we all want burnt into our brains.

1. If you want to be snarky, at least do the research!

I’m not a psychopath, Anderson. I’m a high-functioning sociopath. Do your research.”- Sherlock 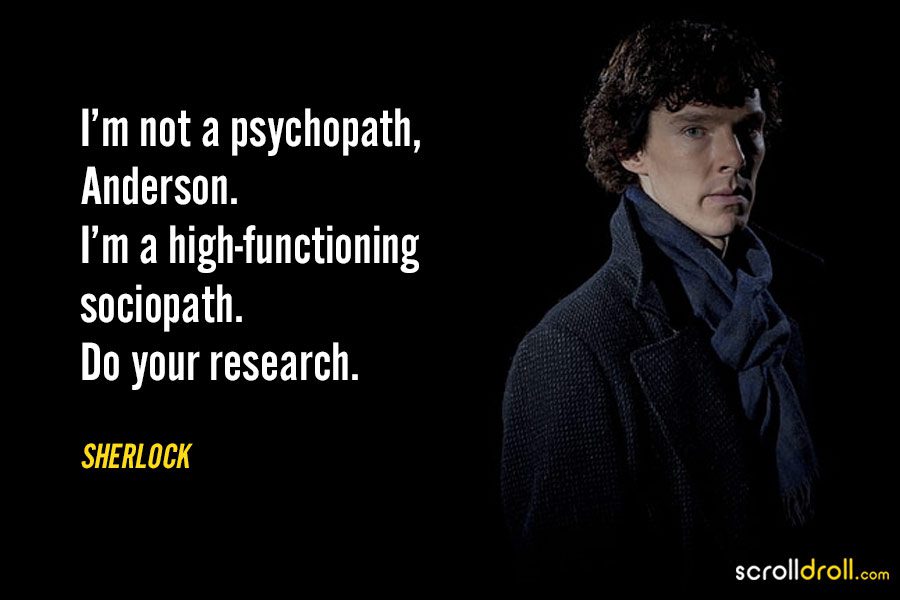 It is a capital mistake to theorize before one has data. Insensibly one begins to twist facts to suit theories, instead of theories to suit facts. 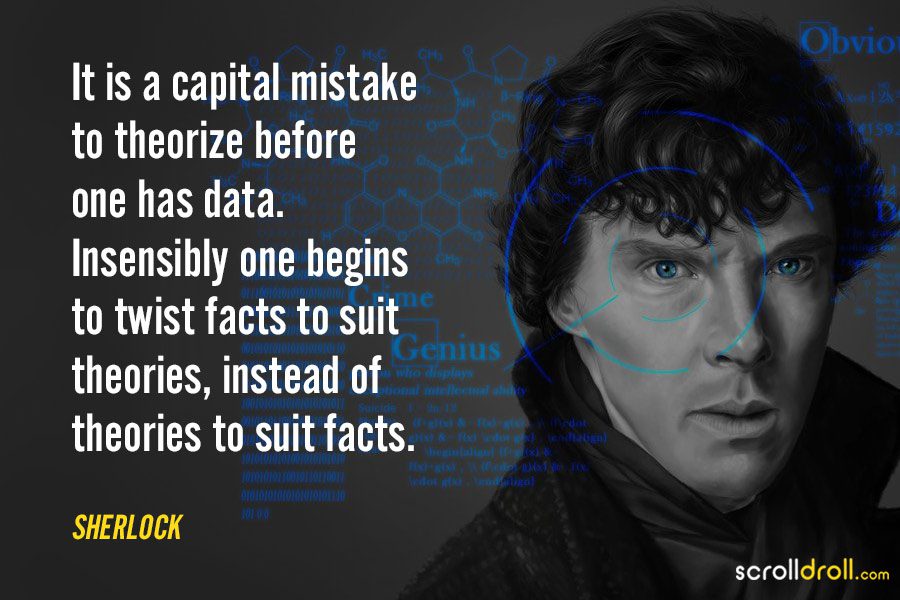 Eliminate all other factors, and the one which remains must be the truth.’ –Sherlock 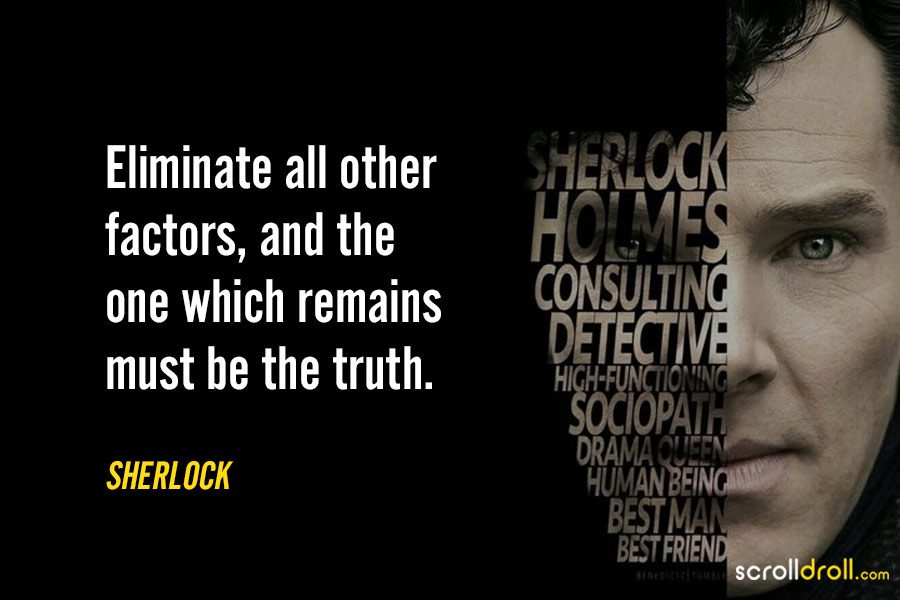 4. Nothing’s new and the world is boring.

There is nothing new under the sun. It has all been done before. – Sherlock 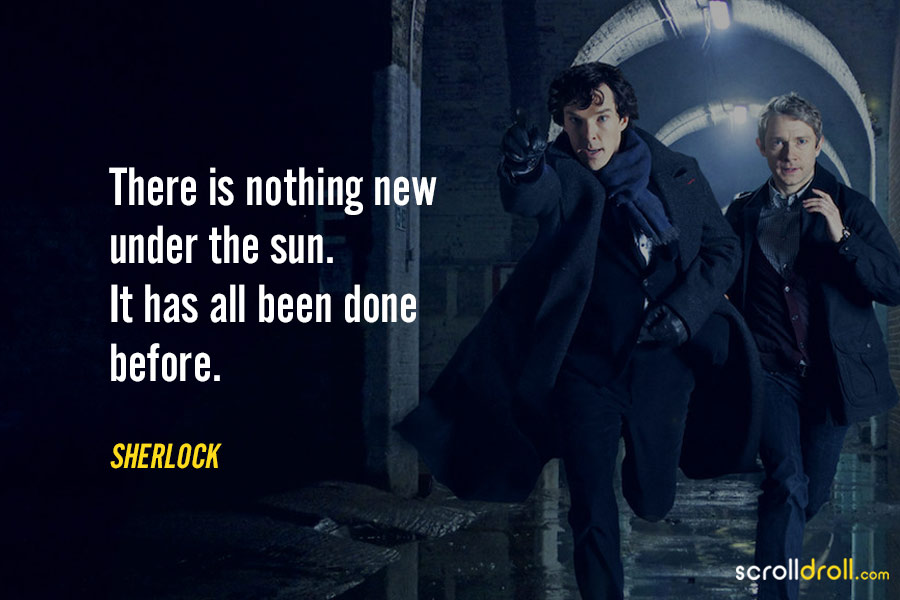 5. An interesting business, to say the least.

My name is Sherlock Holmes.  It is my business to know what other people don’t know. 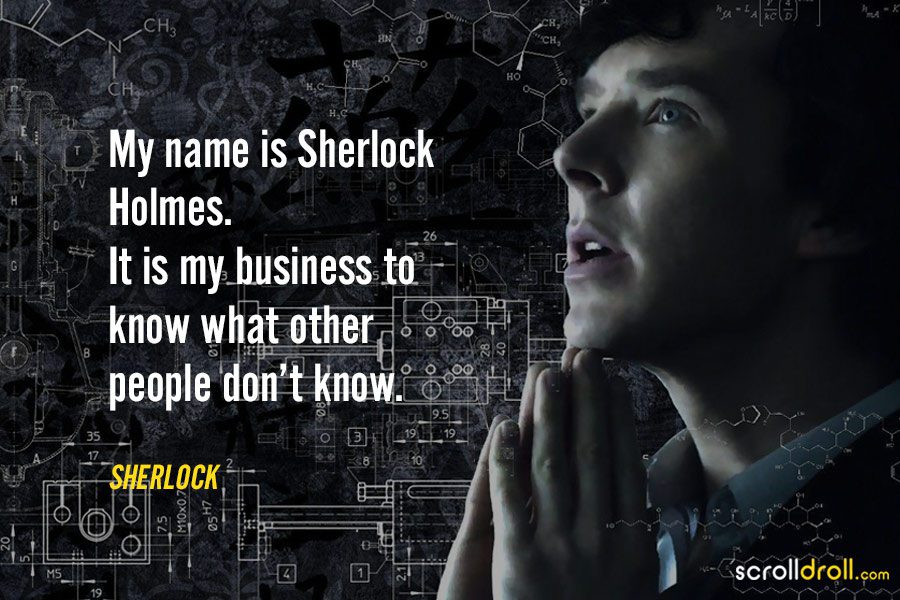 6. Sentiment is a chemical defect.

Sentiment is a chemical defect found on the losing side. – Sherlock 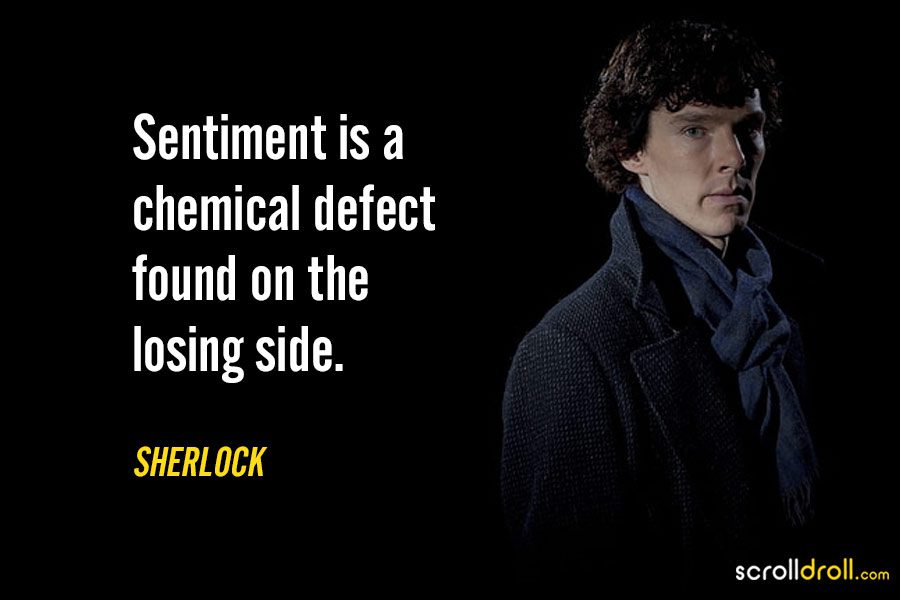 The world is full of obvious things which nobody by any chance ever observes. 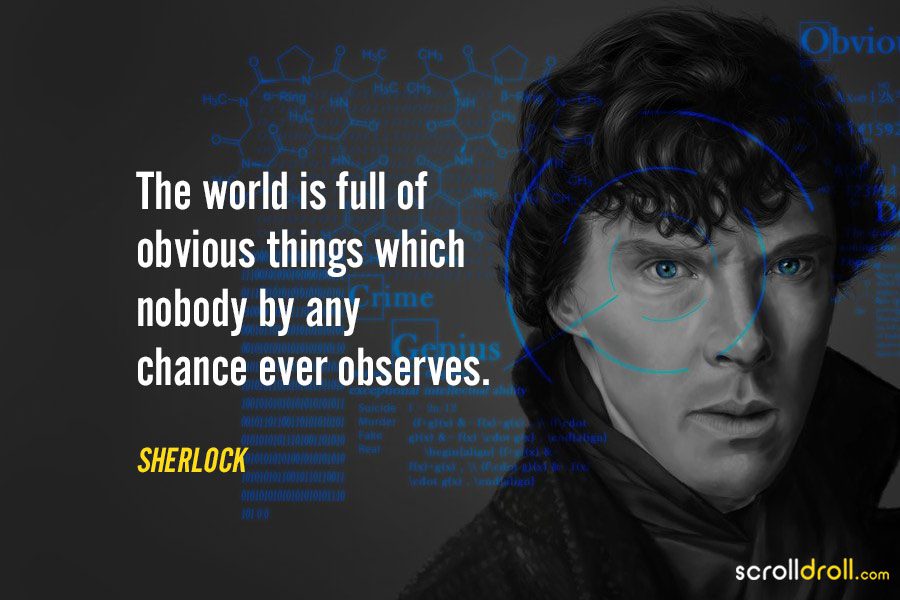 8. Be productive – the Sherlock way!

A man should keep his little brain attic stocked with all the furniture that he is likely to use, and the rest he can put away in the lumber-room of his library where he can get it if he wants. 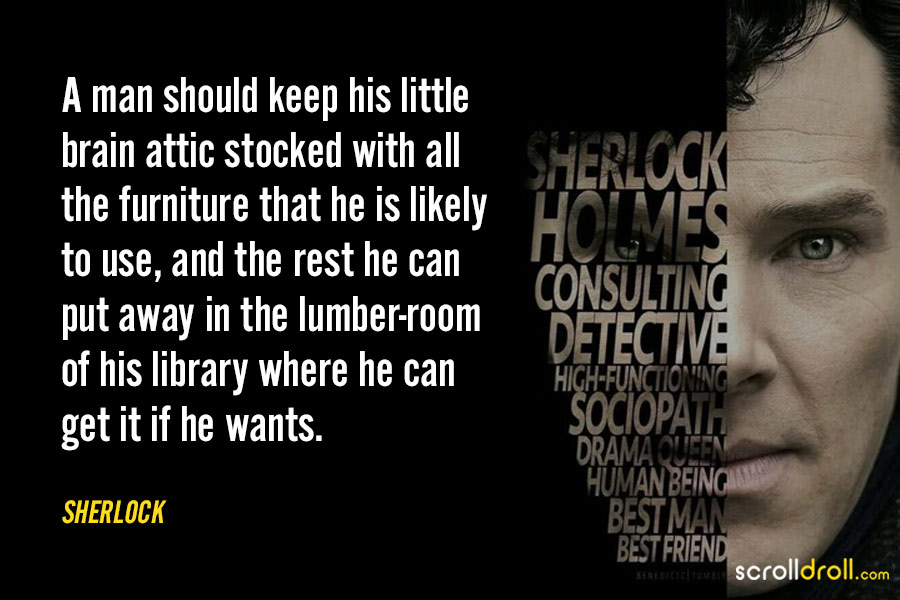 9. An exception disproves the rule.

I never make exceptions. An exception disproves the rule. 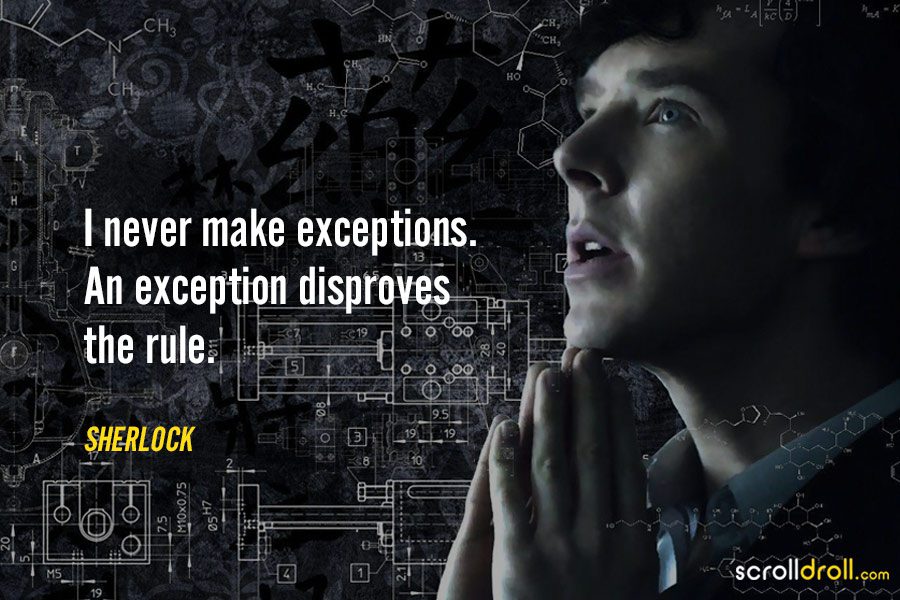 10. Guessing is hardly an artform.

I never guess. It is a shocking habit, — destructive to the logical faculty. 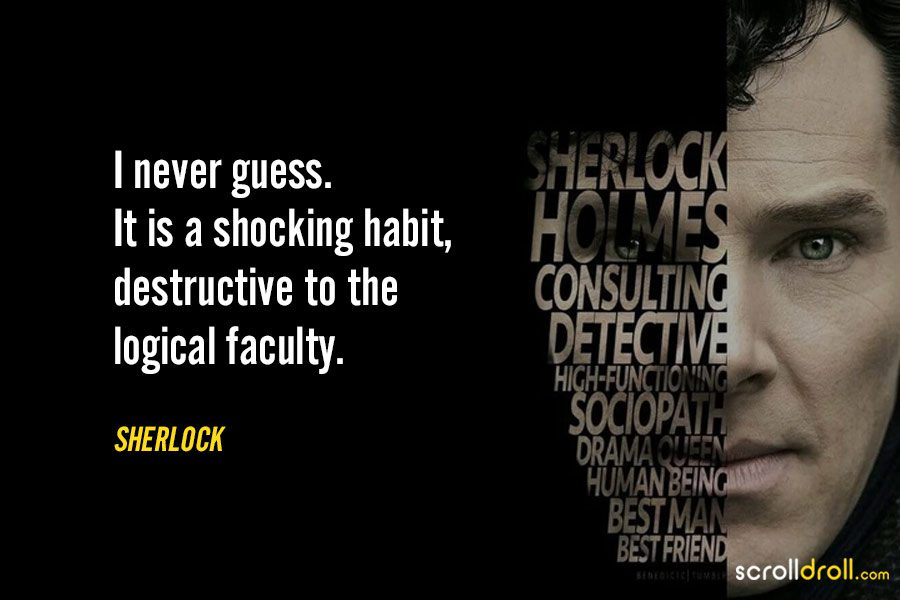 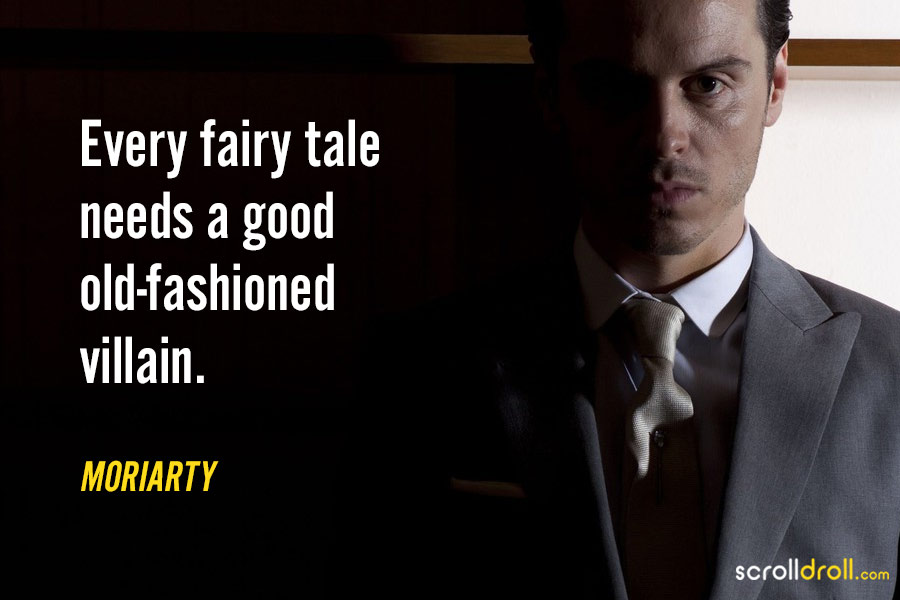 What one man can invent another can discover. 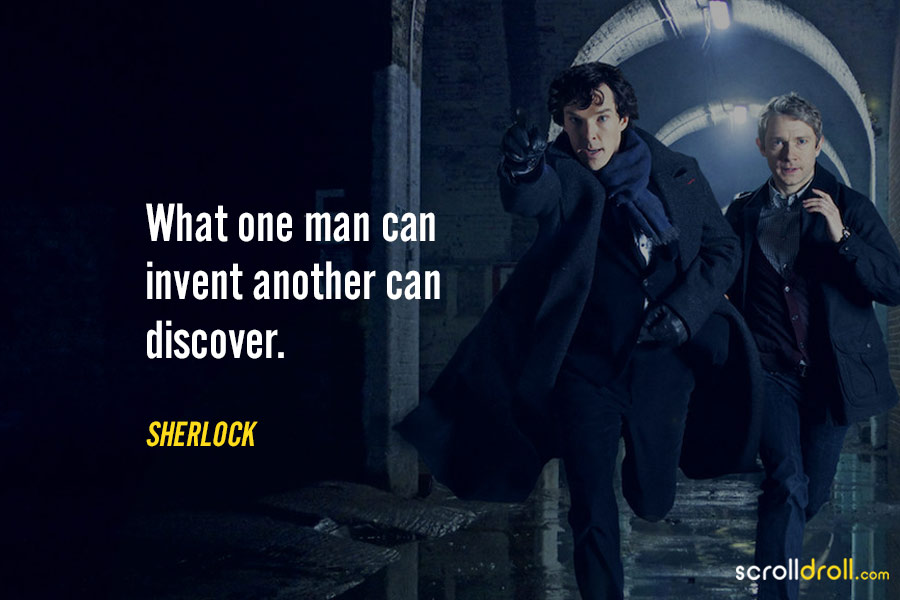 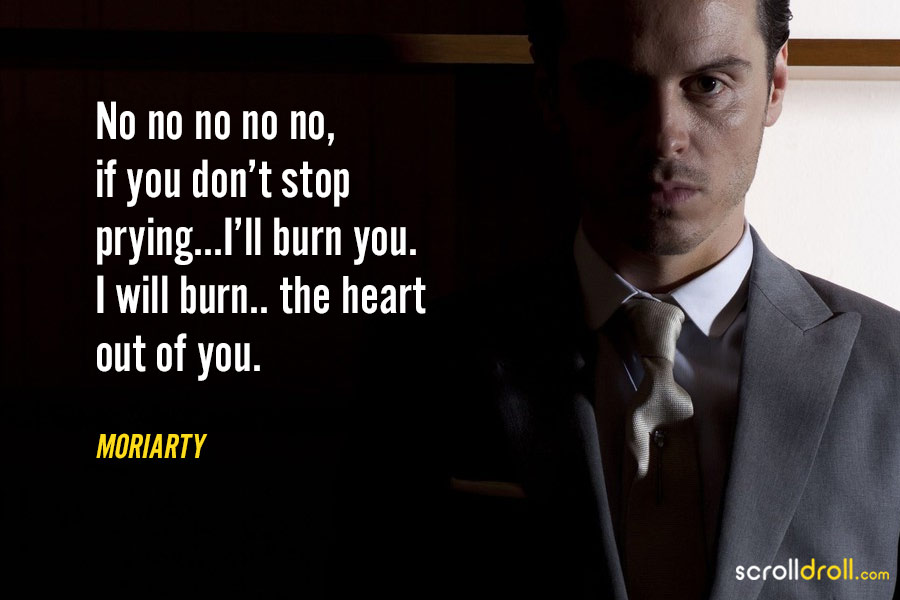 14. Things you should not think about while on an airplane #583

Falling is just like flying, except there’s a more permanent destination. – Moriarty

Anderson, don’t talk out loud. You lower the IQ of the whole street.”-Sherlock 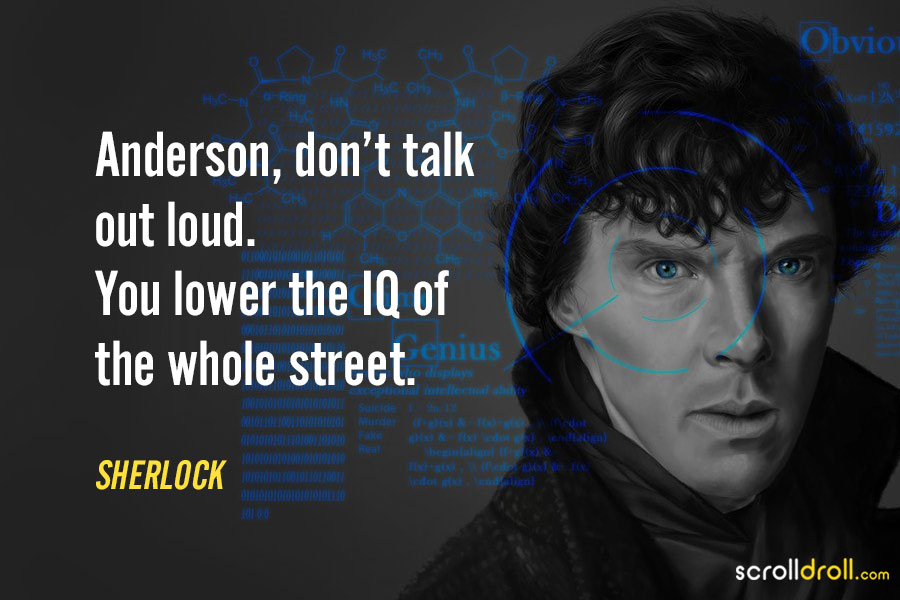 16. Brains so empty you’d think Monica Geller cleaned them on a stressful weekend.

Dear God, what is it like in your funny little brains? It must be so boring! 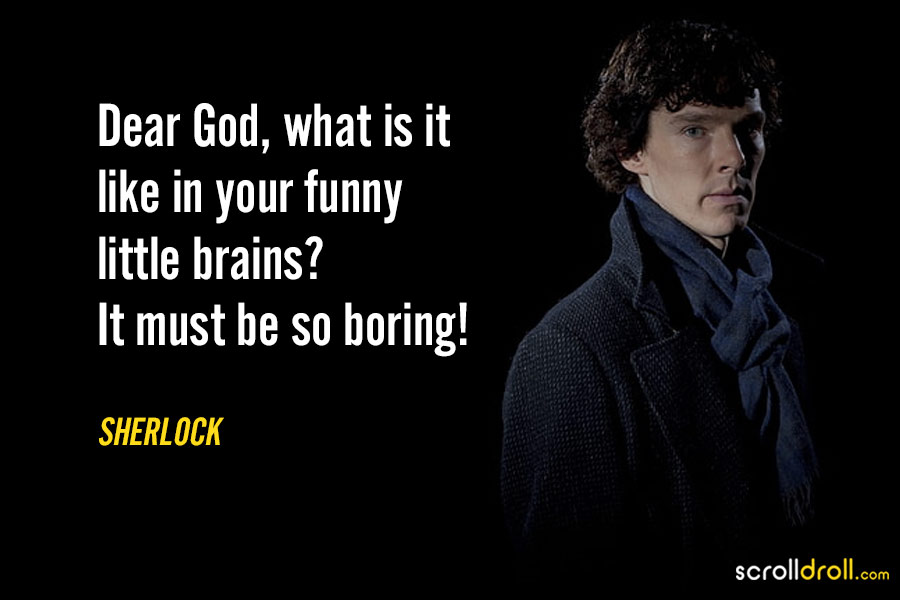 17. The whole point of being clever is showing it off.

What’s the point of being clever if you can’t prove it? 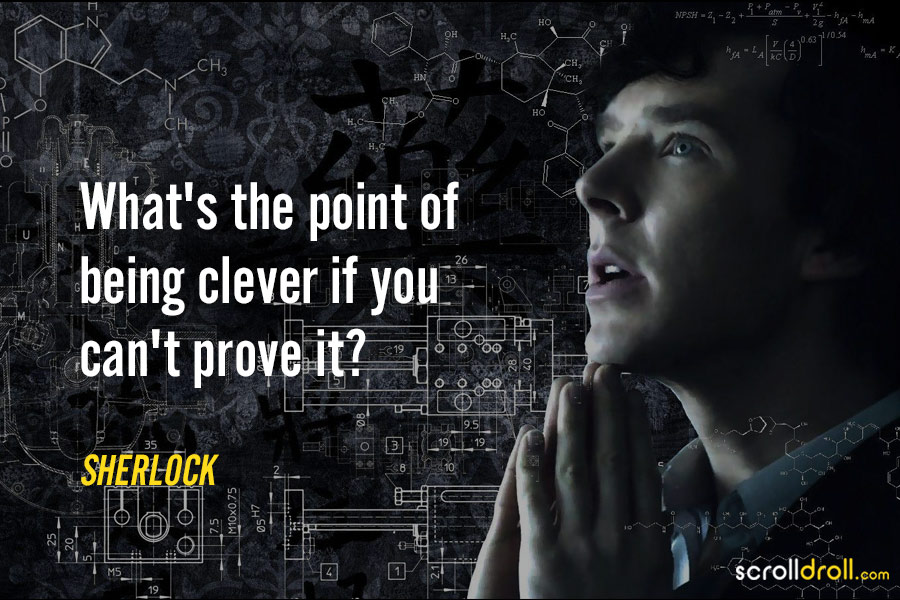 Sherlock: “Quiet. Calm. Peaceful. Isn’t it hateful.”
Mrs. Hudson: “Oh, I’m sure something will turn up. A nice murder. That’ll cheer you up.” 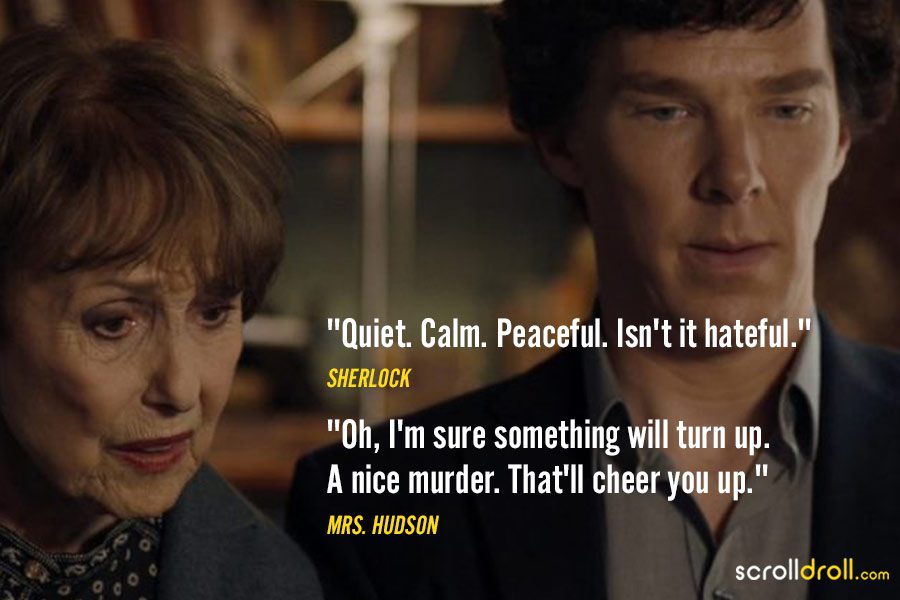 19. Ah, Sherlock, ever the hopeless romantic.

…Murder. Sorry, did I say murder? I meant to say marriage. But, you know, they’re quite similar procedures when you think about it. The participants tend to know each other and it’s over when one of them’s dead. 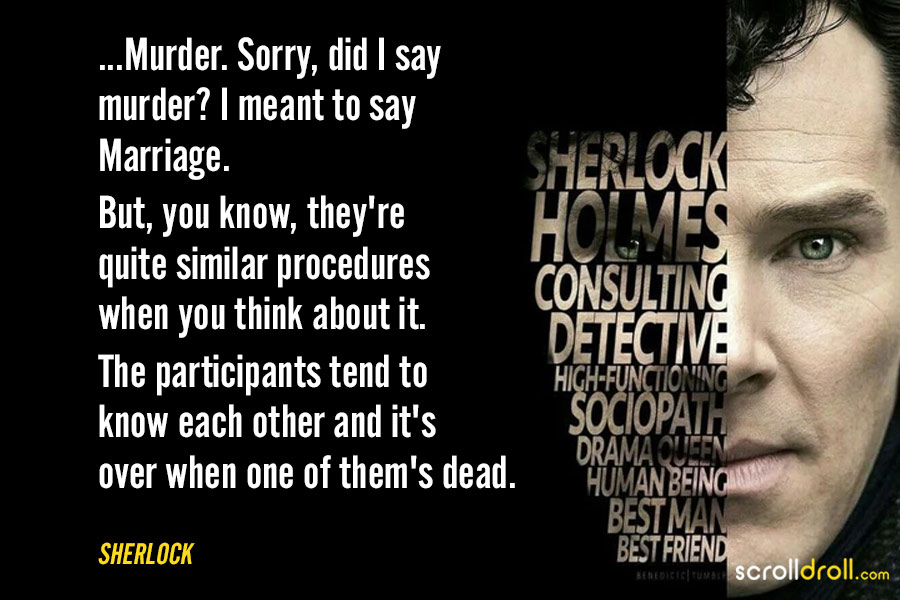 I don’t have friends, I’ve just got one. 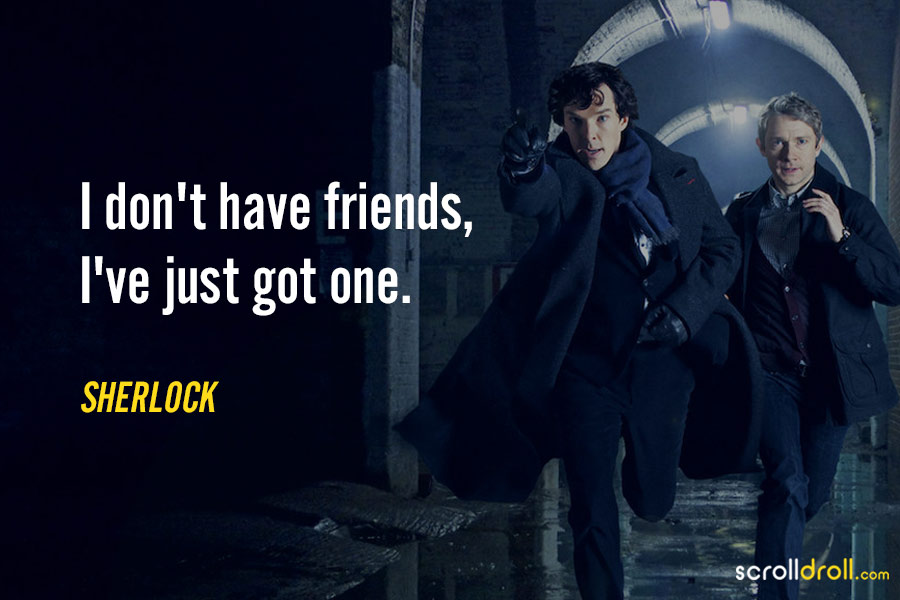 Did you like our compilation of the best Sherlock quotes? Comment below to tell us your absolute favourite!