If there was ever a love-hate relationship morre epic than that of Tom & Jerry, it was that between you and your sibling! Like the cat and mouse duo we loved watching so much as children, we fought and played with our siblings the same way as if stuck in a loop. Now that we live away from them and don’t get to see them as often, even picking up a useless fight sounds like a great idea. But no worries, if you have been feeling especially blue missing your sibling, here are 6 posters about sibling love that’ll put you right at ease!

1. Those fights with each other:

It is no secret that 60% of sibling love is actually sibling hate. You spent years and years fighting with your sibling, and while it may seem like you get along better as adults, all it takes is an extended period of time together for you to go back to your childhood selves. 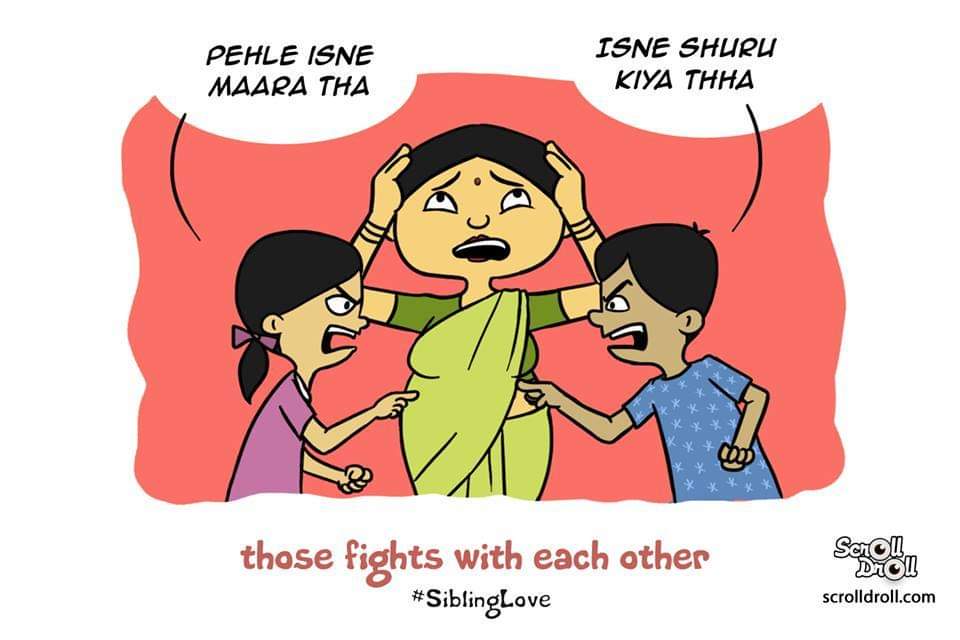 2. Those fights FOR each other:

Say what you may, they always stood by your side if it was someone else picking up a fight with you. As if declaring that only THEY are allowed to fight with you. 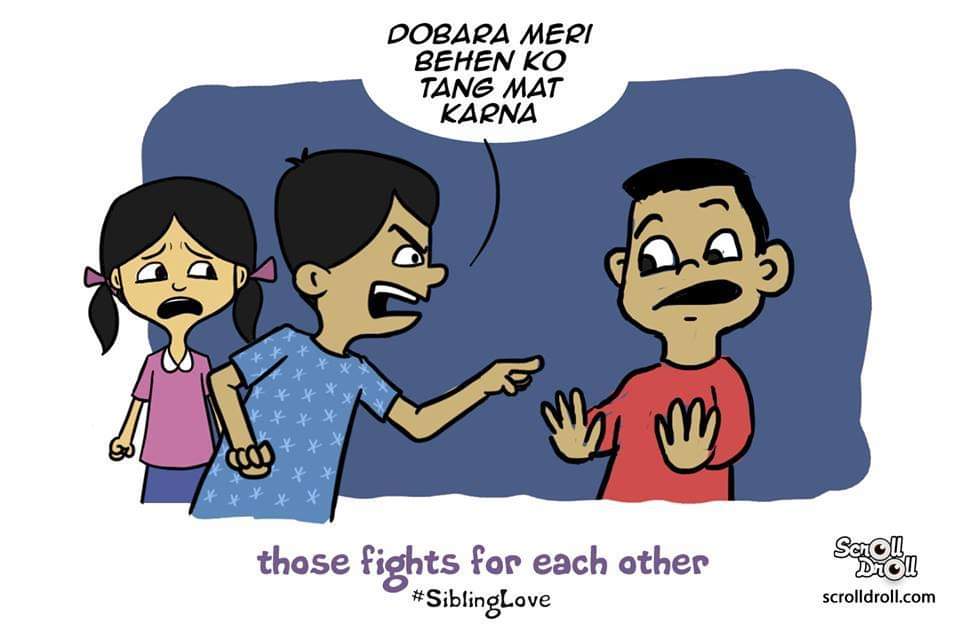 3. Those harmless lies and the case of the missing chocolate:

You probably have swigged extra cola and had the last piece of chocolate your sibling was saving in a moment of weakness – nobody’s judging you. We all get snacky at night! 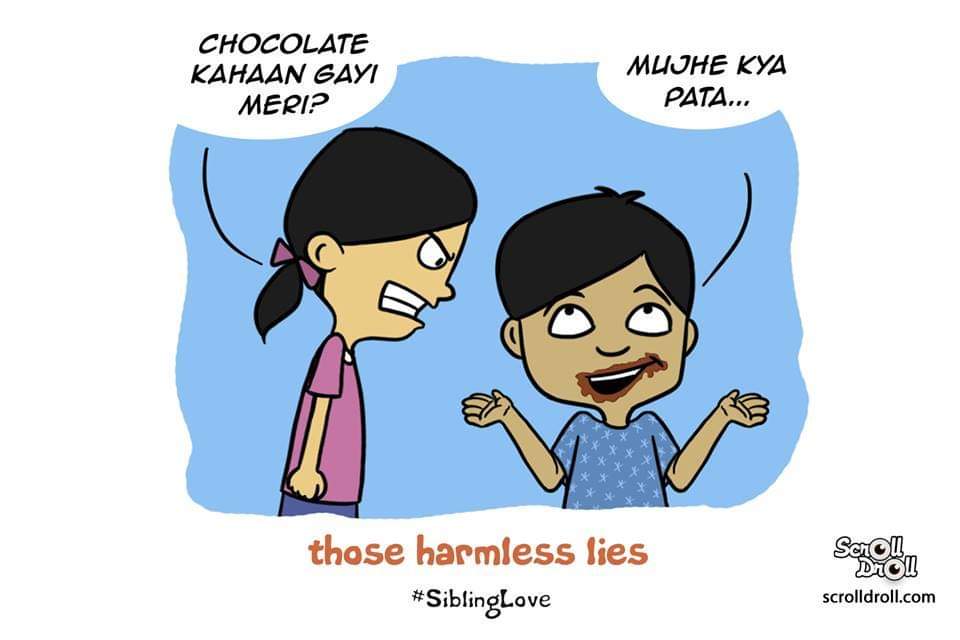 Probably the one thing you don’t miss so much is the incessant teasing that would get on your nerves EVERY. SINGLE. TIME. You knew they were only trying to get under your skin but you would let them do it anyway. 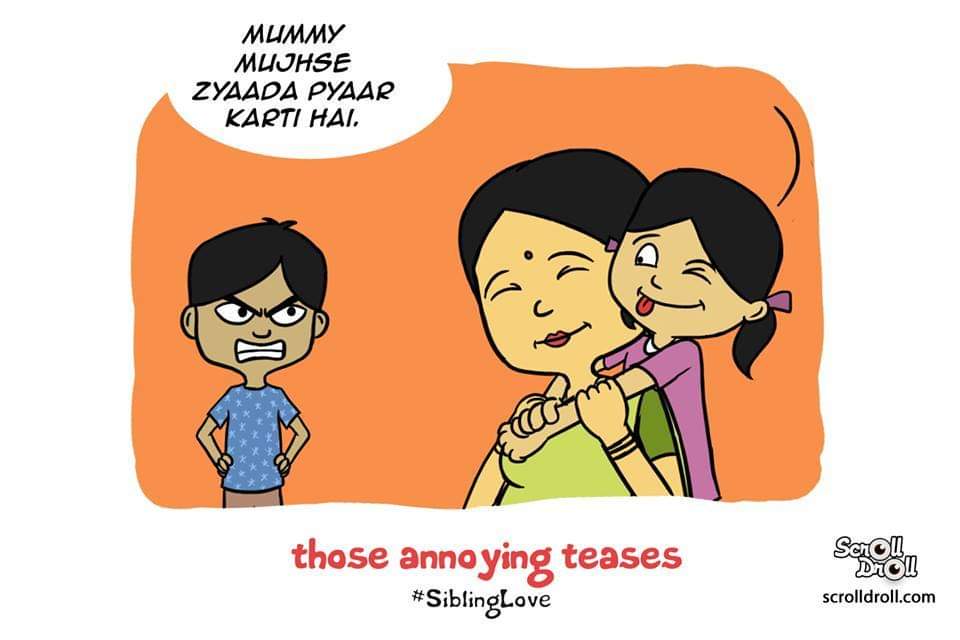 5. That dustbin rumour that never got old and worked both ways:

Your sibling always insinuated that you were in fact adopted and or picked up from a random dustbin, and you would go running to your mother every time to confirm that that was not true. 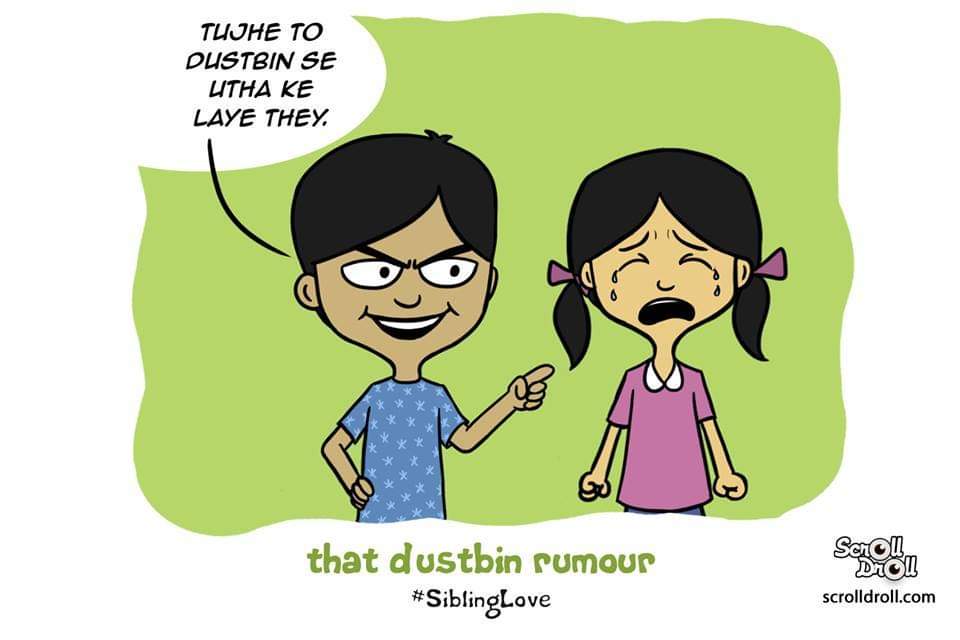 6. And the never ending battle over the remote.

Ah, the remote fight. The very essence of any sibling relationship. I bet you would talk with your sibling 80% less if the remote was never invented, because your communication mostly consisted of bickering over the TV remote. 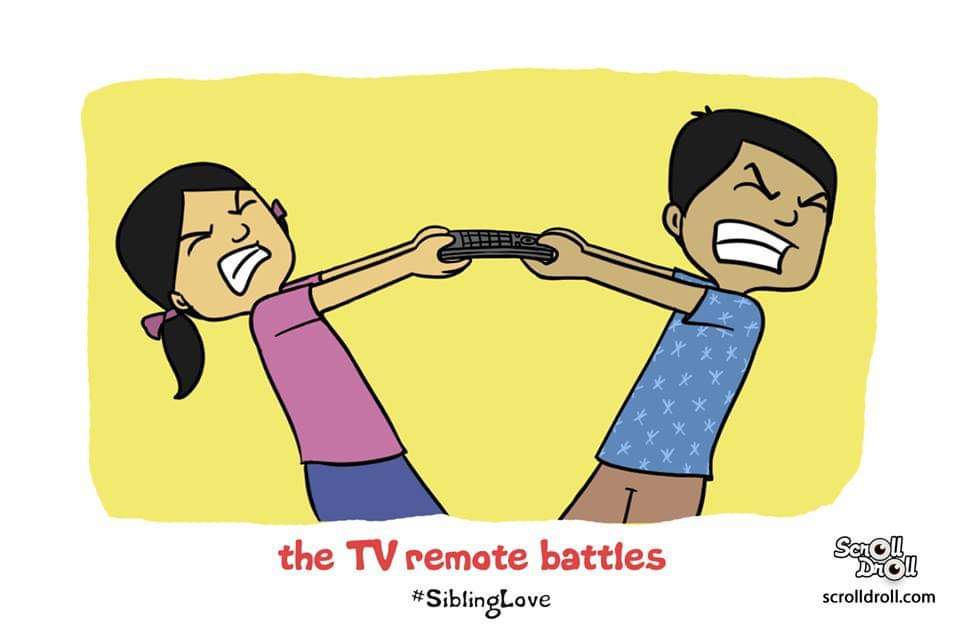 Did you like these posters about sibling love? Which one was your favourite? Tell us in the comments below!