It’s not just about the thousands of runs, gutsy off-drives or daring performances under pressure… Sourav Ganguly’s contribution to Indian Cricket goes way beyond the playing field. Right from the selection meetings and on-ground matches to interviews and the commentary box, the Prince of Kolkata has certainly etched his name in the hearts of Indians with his never-say-die attitude. So, we bring you 14 instances of Ganguly’s DADAGIRI that are thoroughly enjoyable.

When police asked a bookie if Sourav Ganguly had any role in Match Fixing: 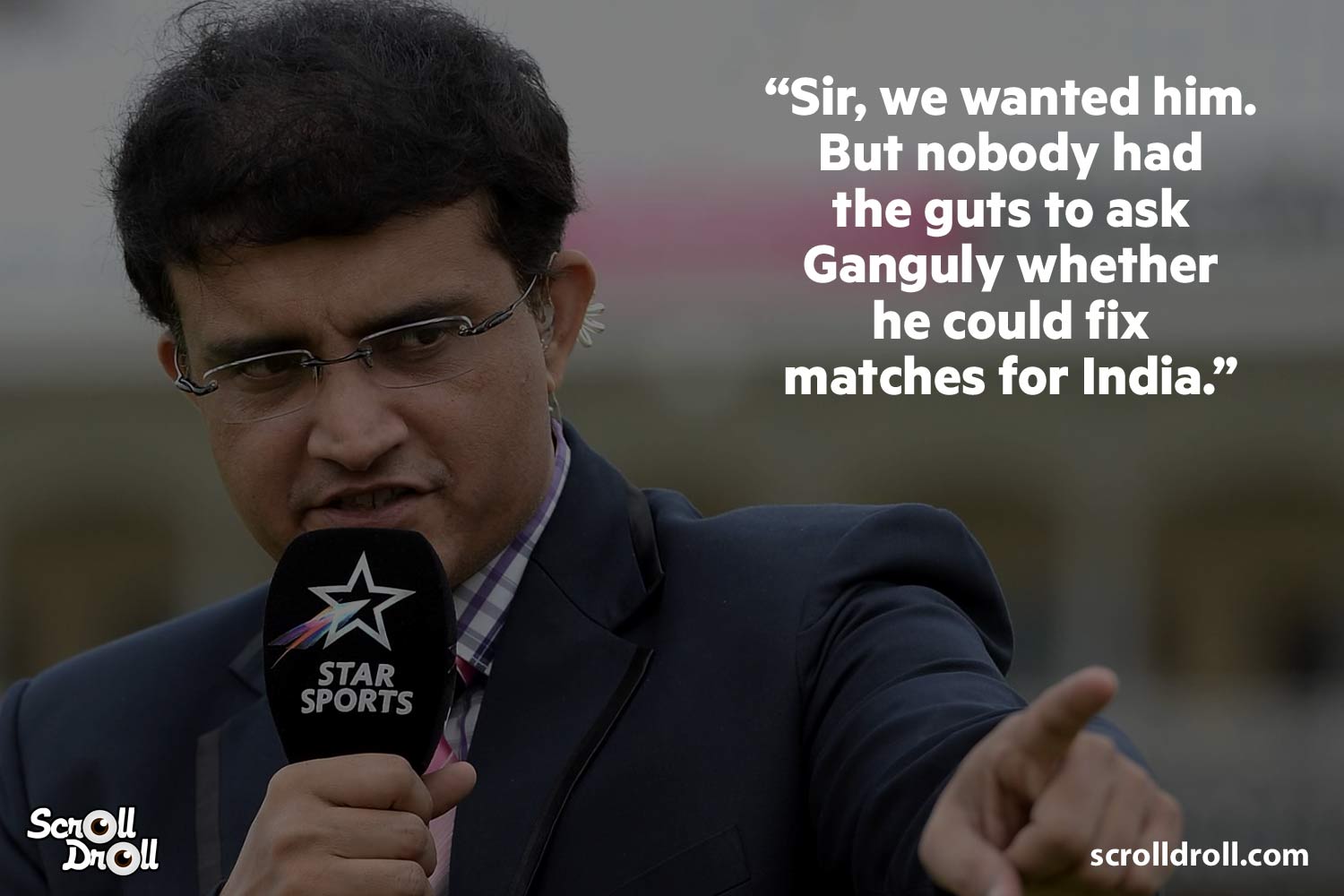 When a fan asked if Ganguly was writing his autobiography: 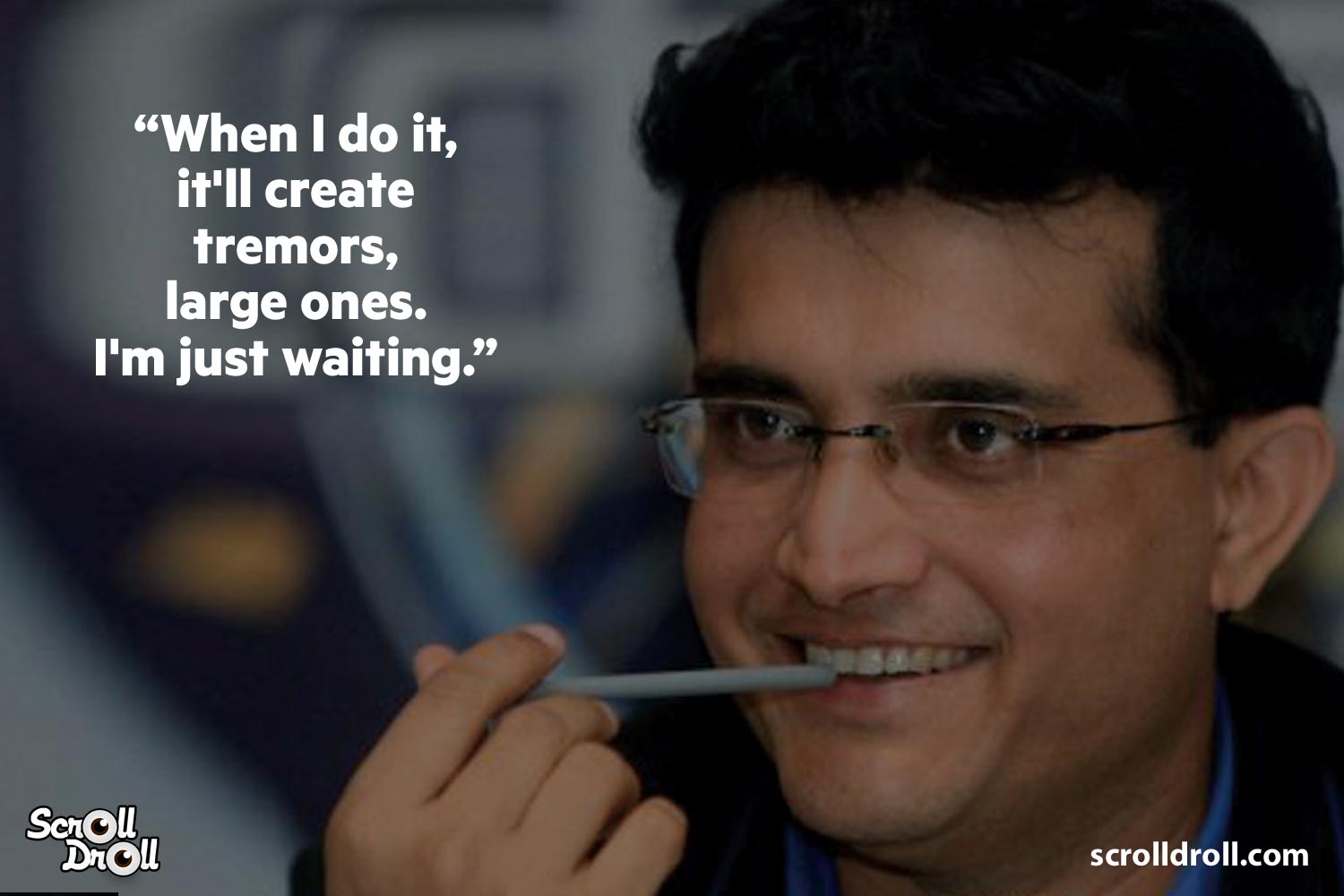 To Selectors reluctant to include Harbhajan Singh for the famous 2001 Ind-Aus Test series: 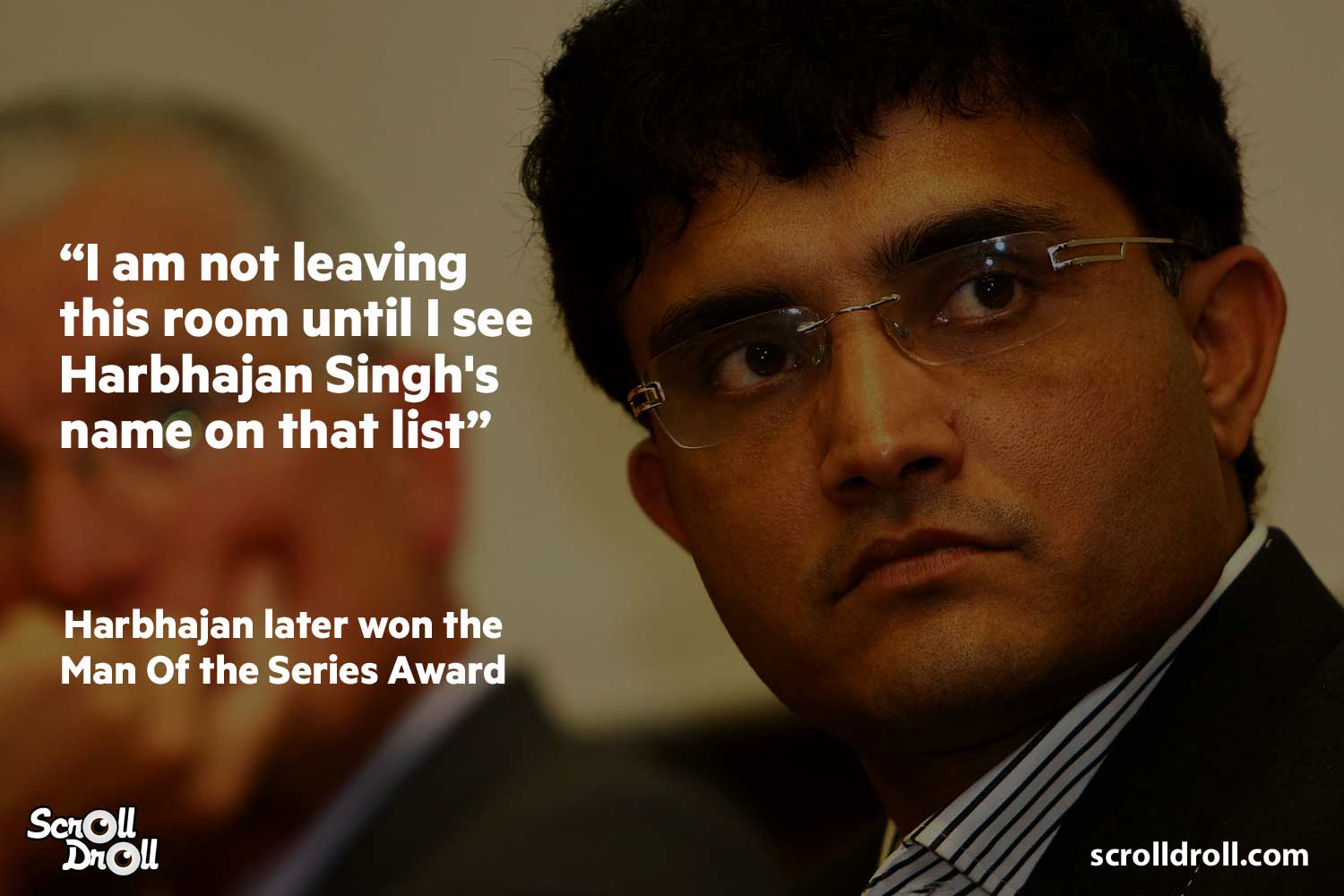 The story of the famous come-back! 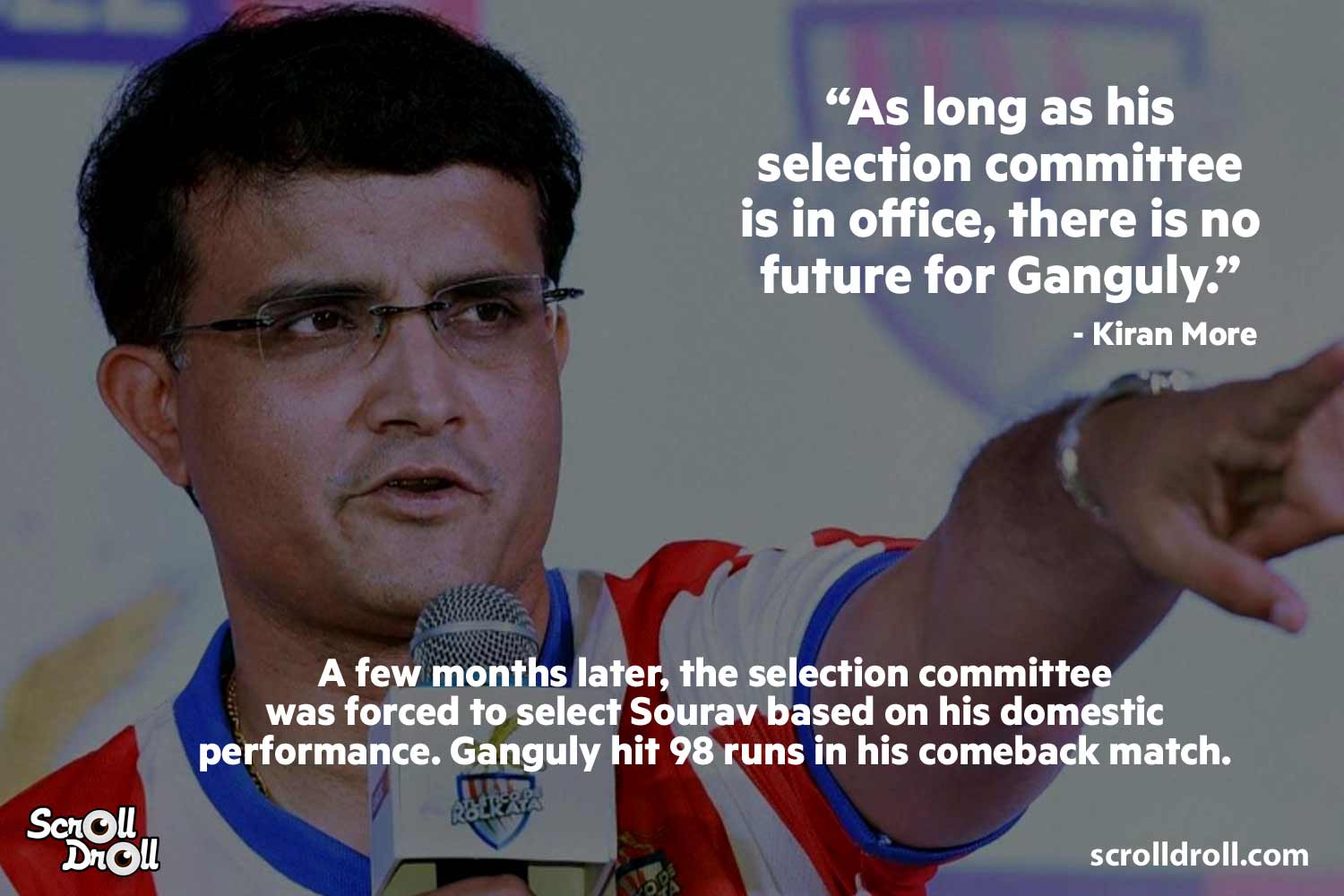 During an interview with Rajdeep Sardesai 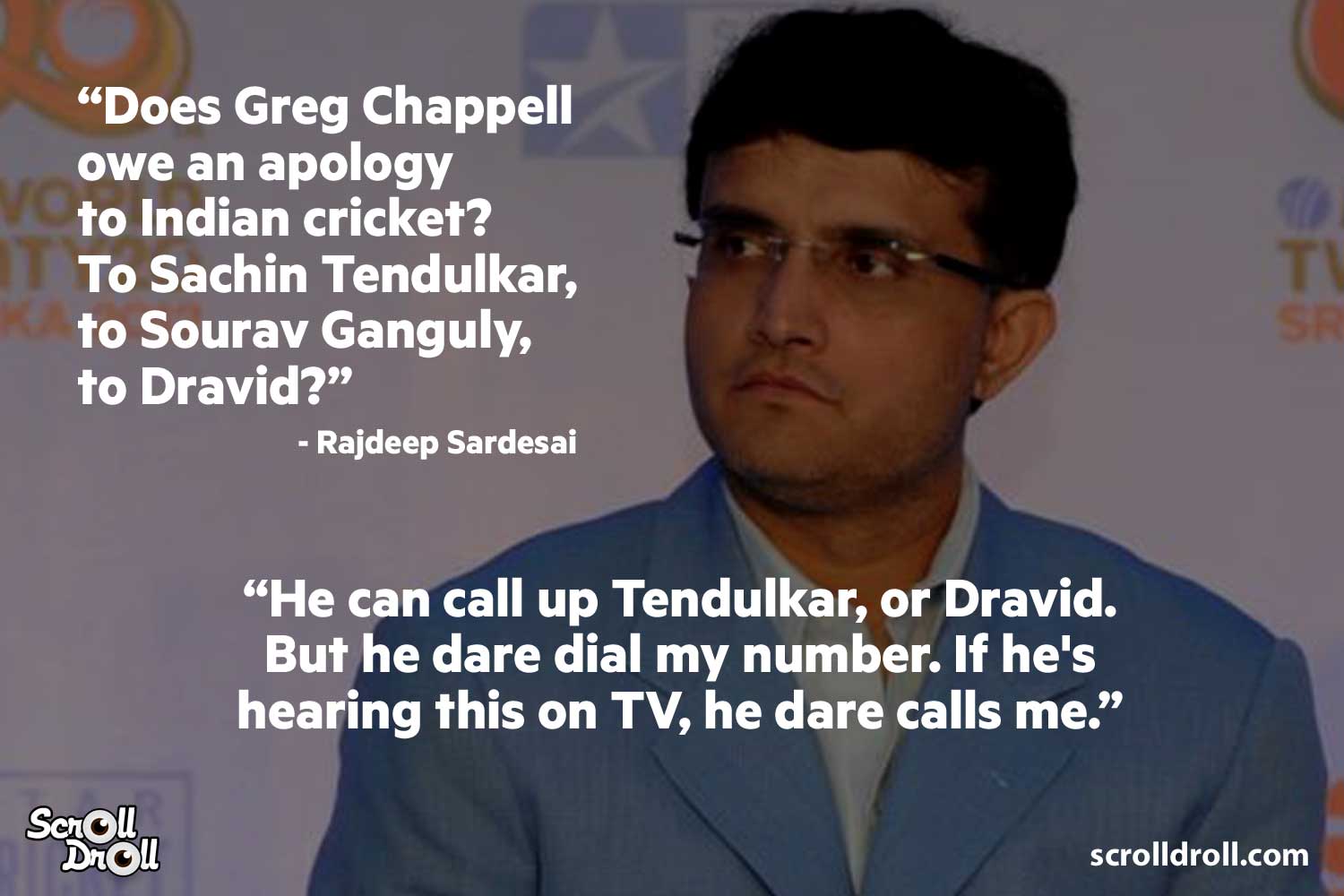 Mocking the attendance during India vs Eng ODI at Perth: 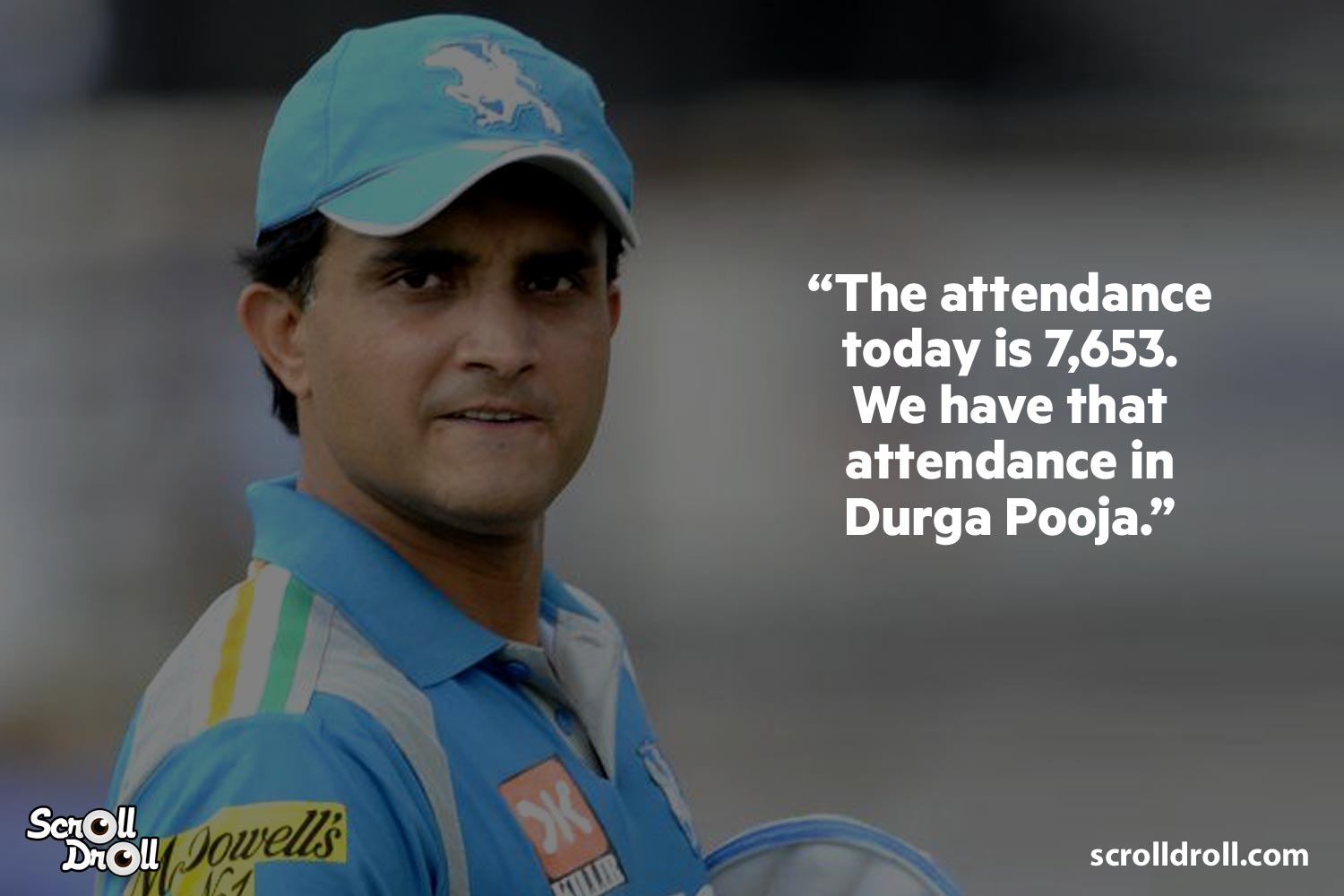 During 2010-11 Melbourne test, Sachin, Laxman and a few players were dismissed by Australia exactly how Ganguly predicted it in the commentary box. On being asked how he was so accurate: 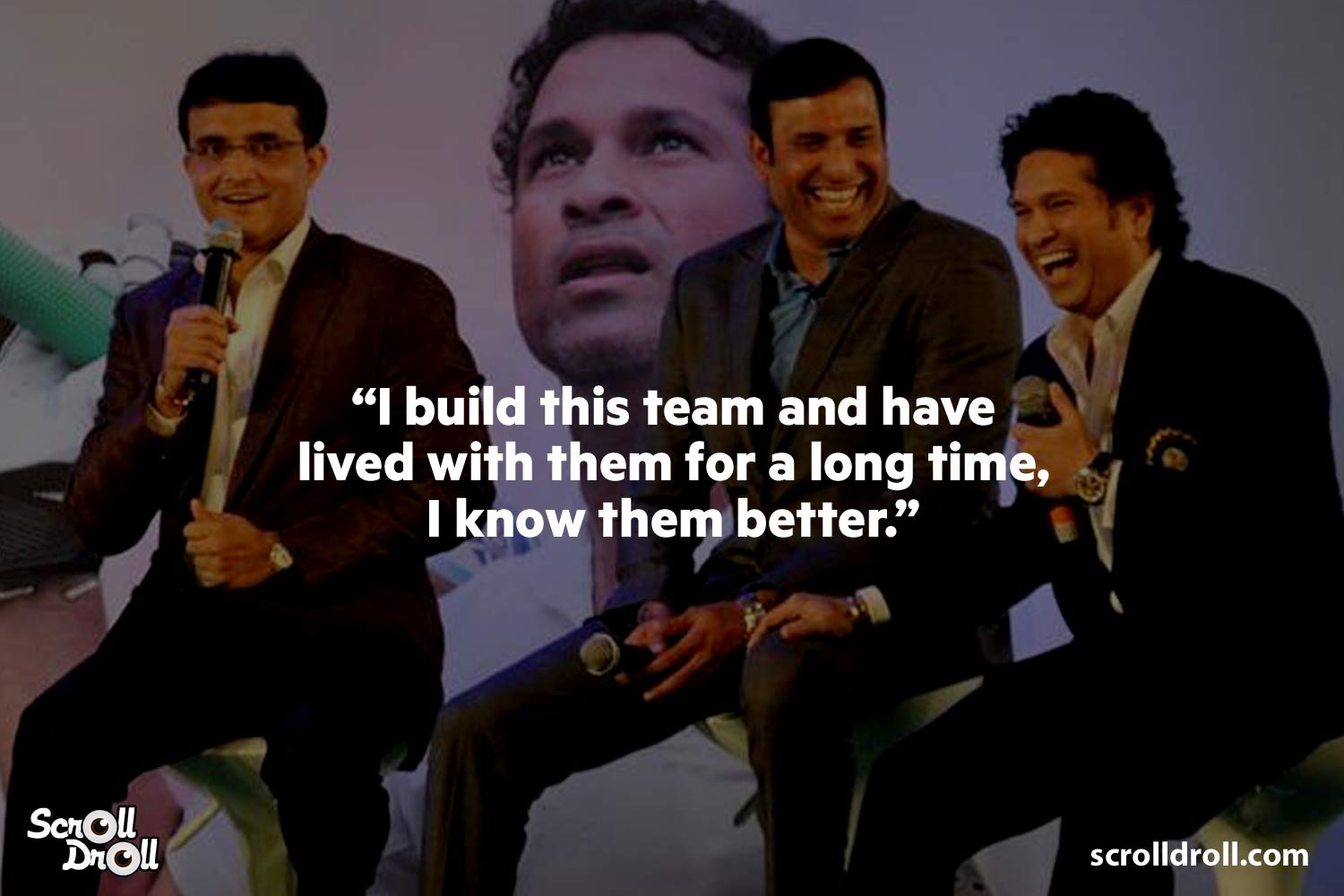 At a press conference before the 2001 Border-Gavaskar Test Series when the Aussies were on an unbeaten run of 15 consecutive test wins. 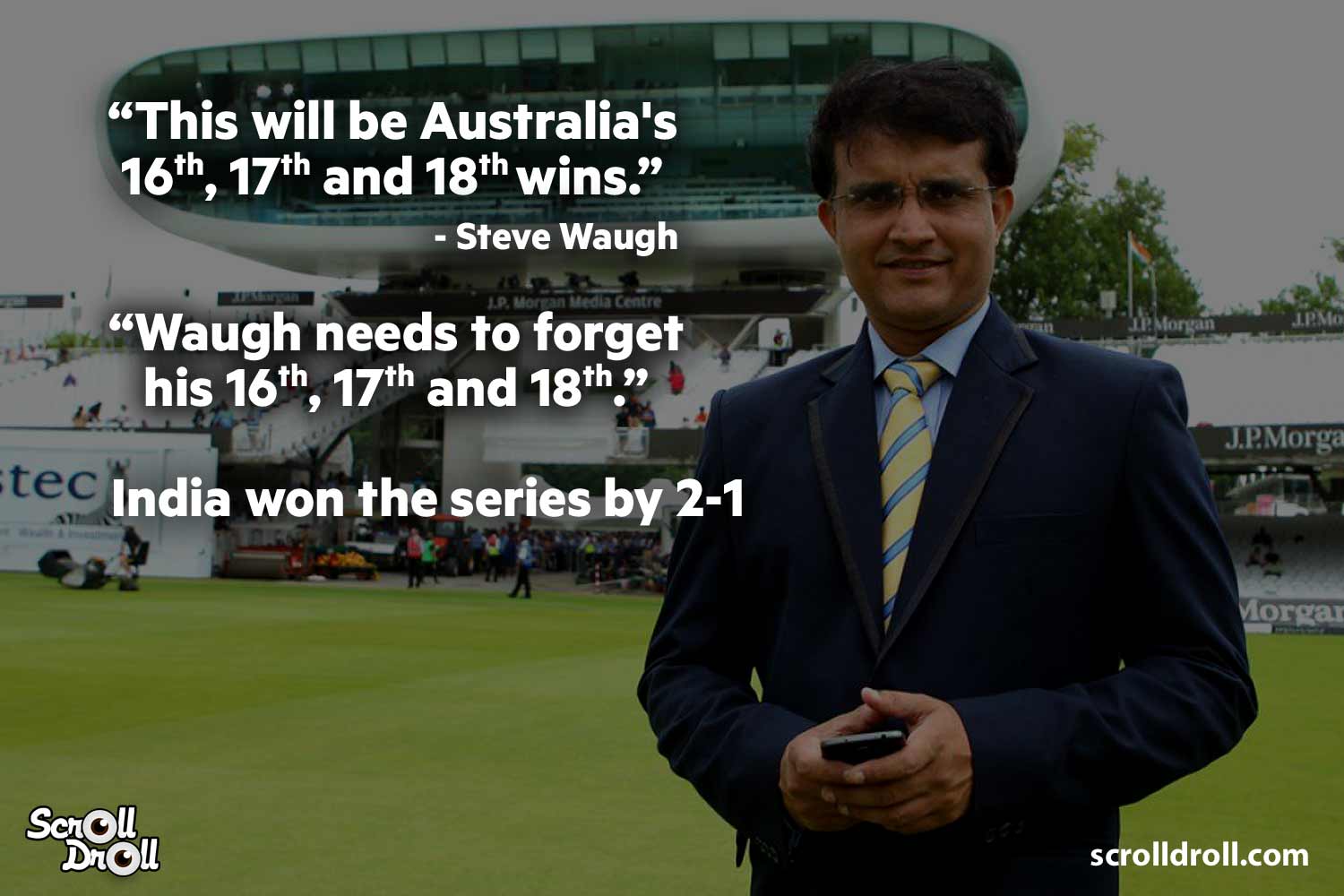 When Ganguly was adamant to have Kumble in the 2003-04 Indian tour to Australia: 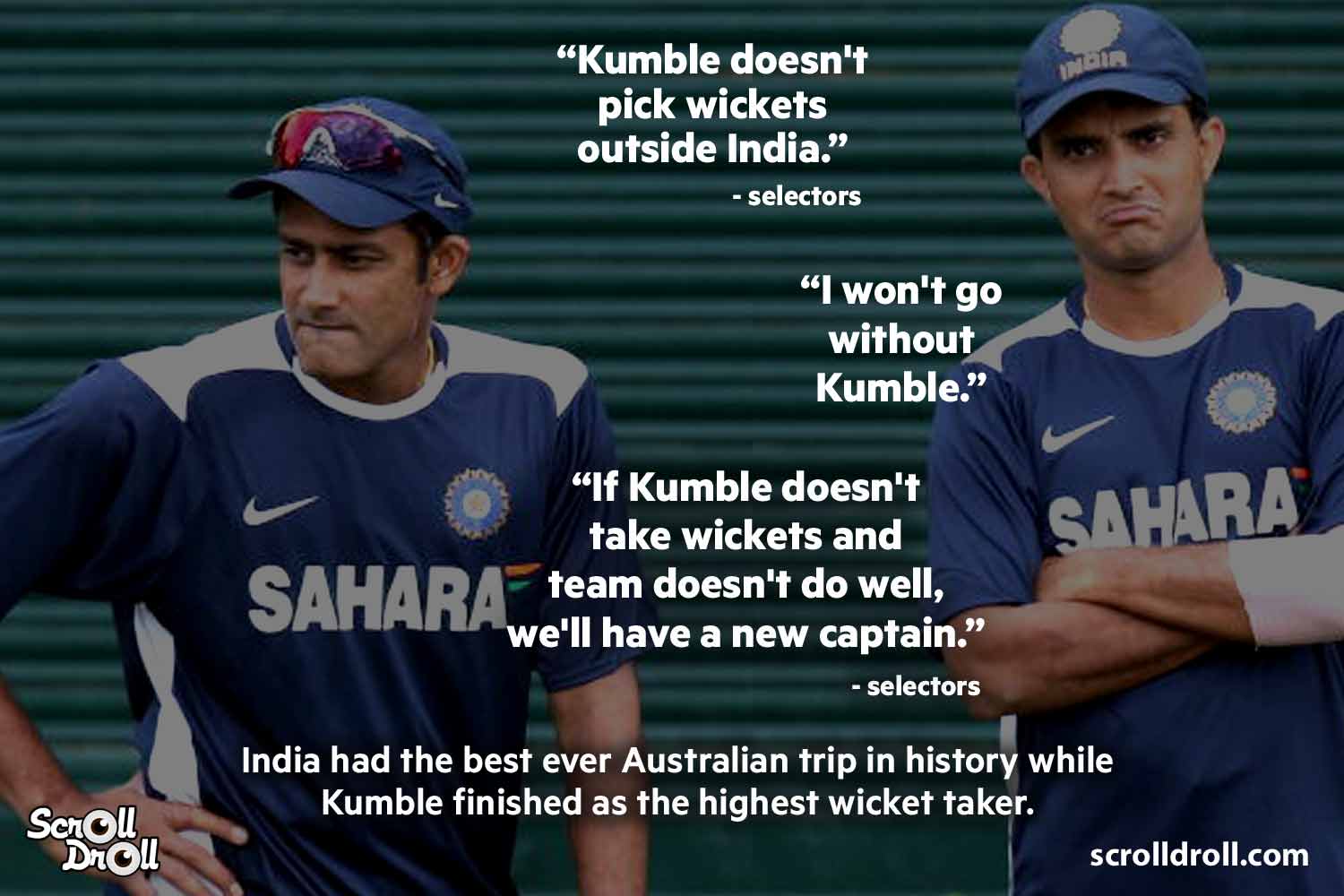 Speaking about his famous shirtless act at the Lord’s Balcony 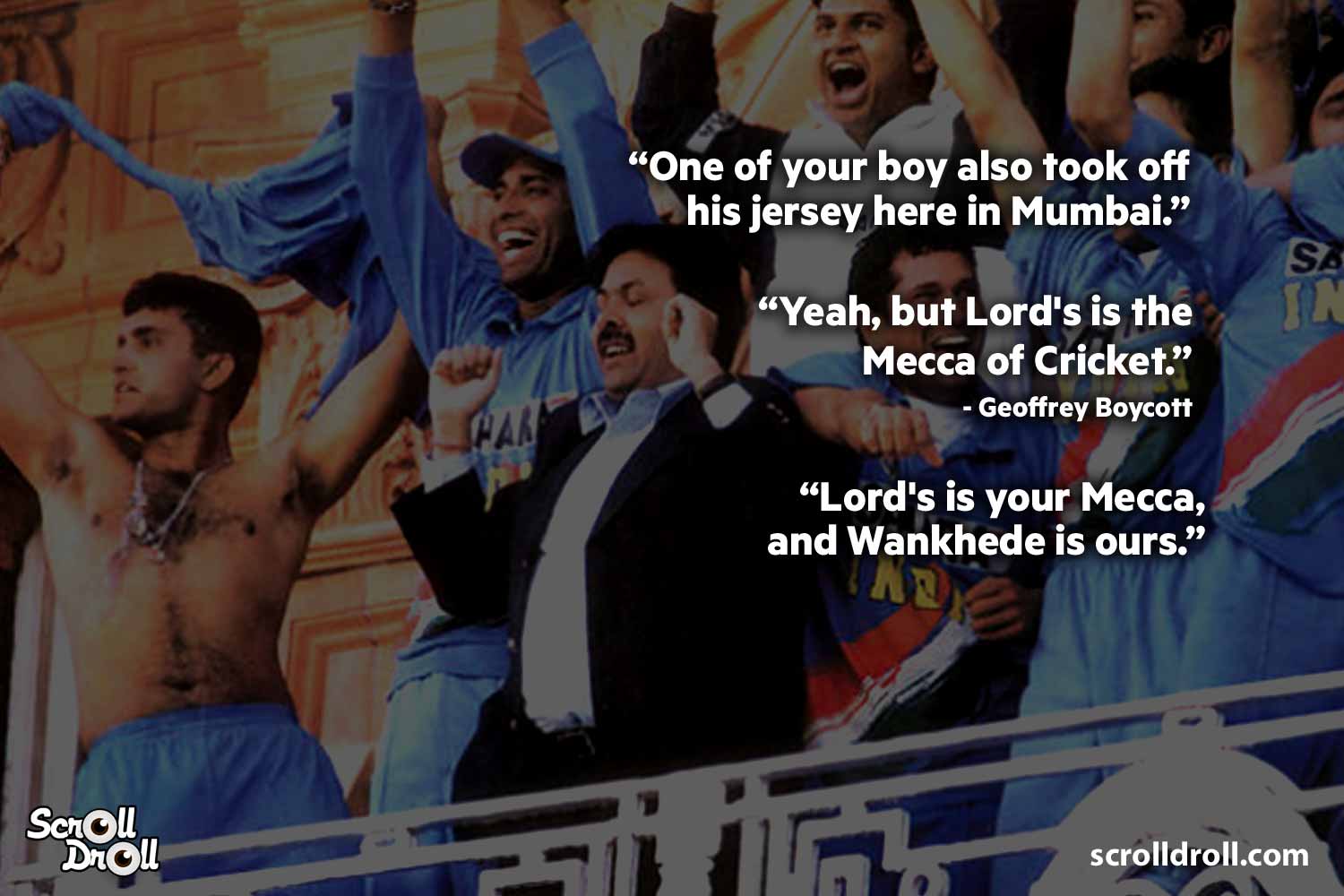 When Sachin’s second last test was scheduled in Kolkata 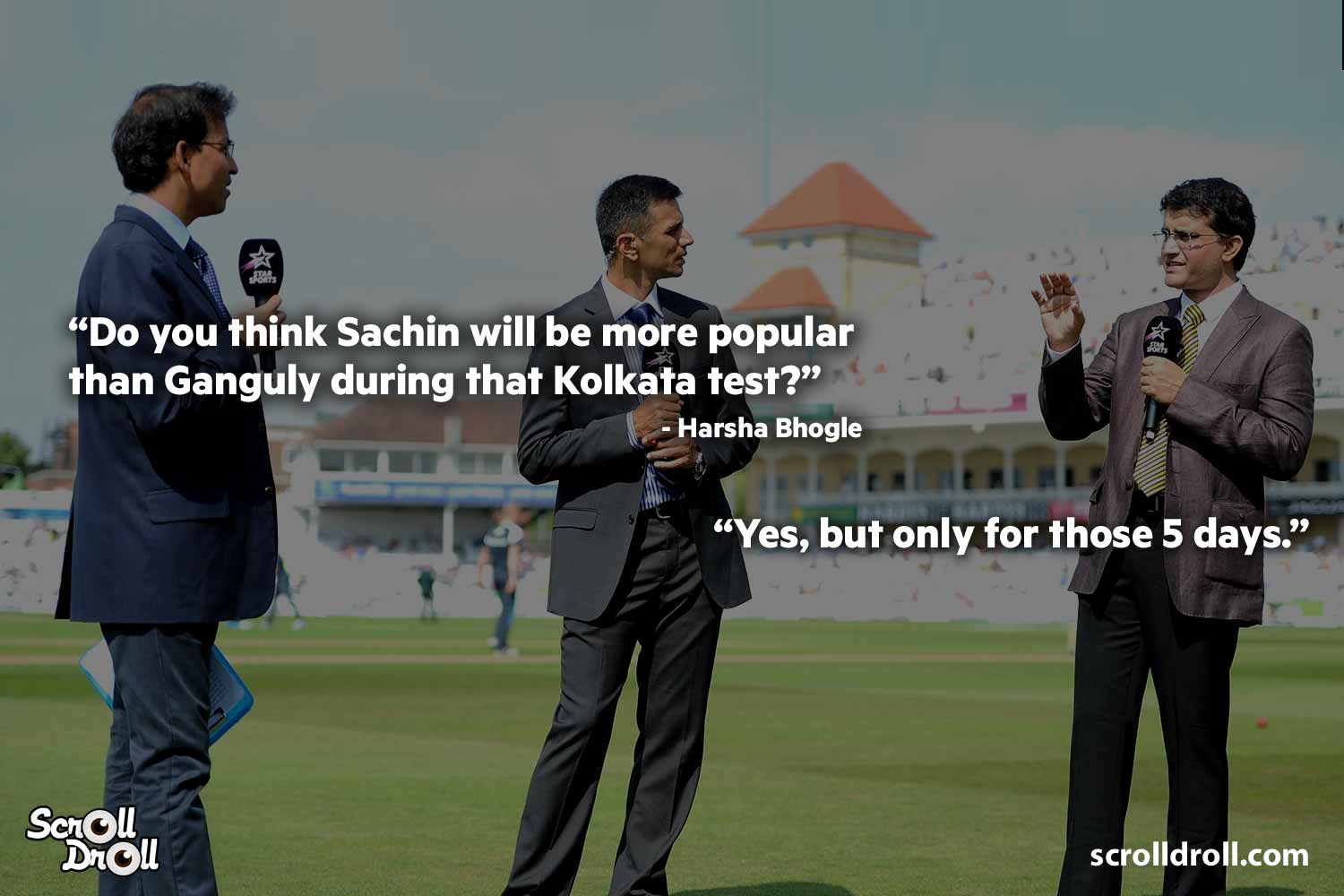 In the commentary box with former English Captain Nasser Hussain 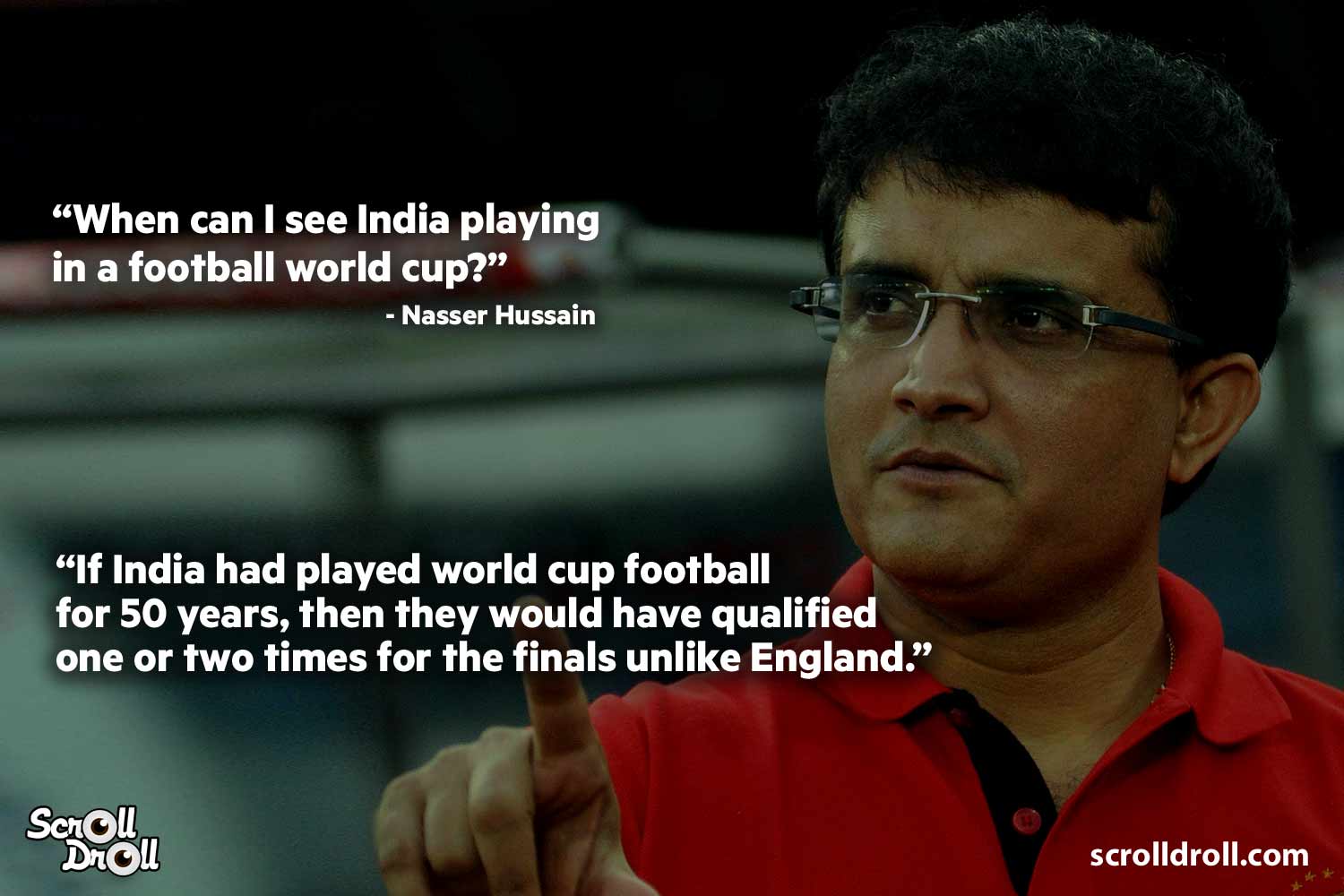 In the commentary box with Ravi Shastri 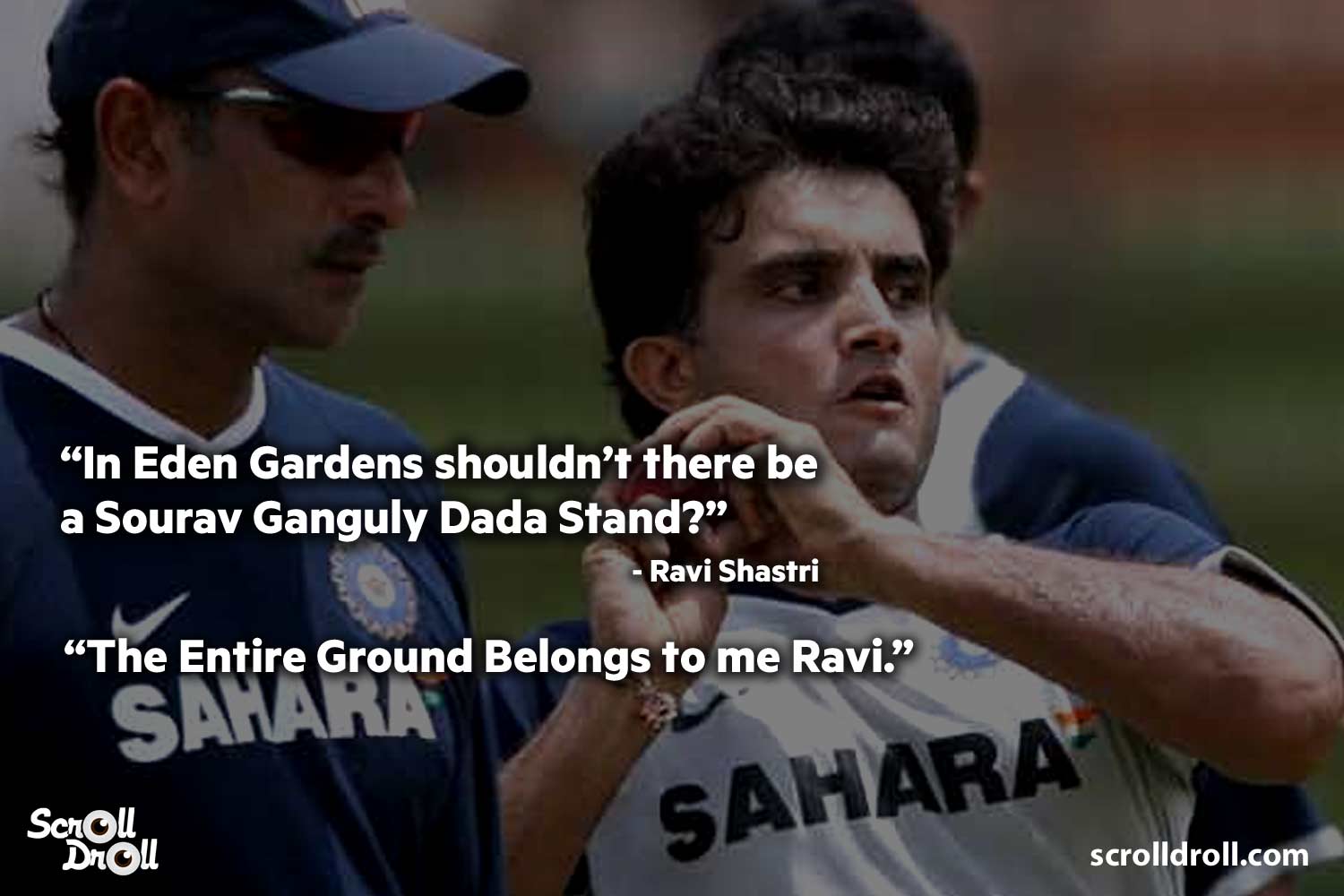 During the First Test of the famous 2001 Border-Gavaskar Trophy: 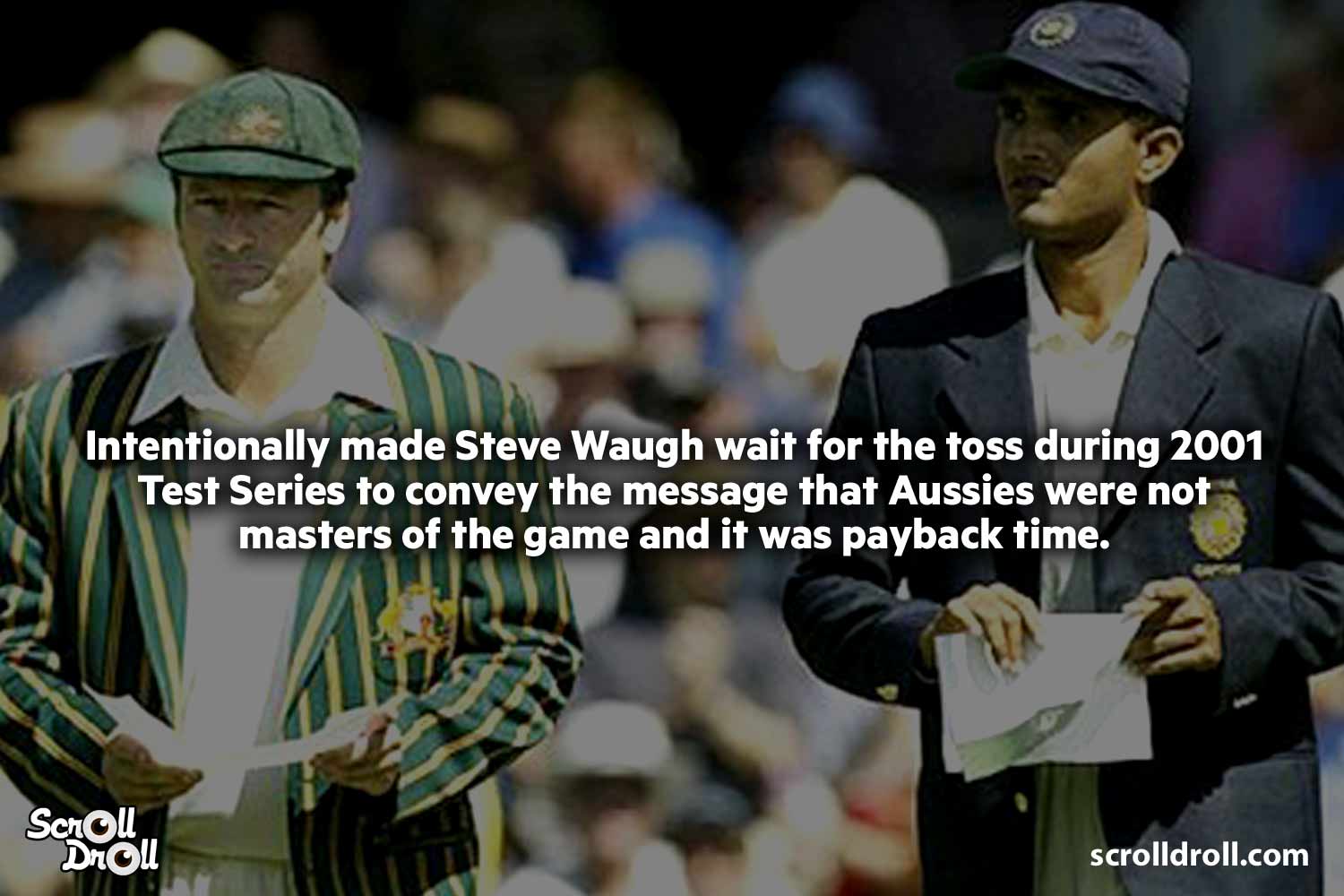 You may also be interested in 16 Quotes About Sourav Ganguly That Show He Is the DADA of Cricket!