Unless you’ve been living under a rock, you have probably heard of Netflix’s Squid Game that has more or less taken the internet by storm. Released in mid-September this year, the original Netflix series is a South Korean survival drama – think hunger games on LSD, if you will. The show garnered overwhelmingly positive responses from critics and viwers, and quickly became one of the most watched Netflix shows around the world – some speculate it might even become the biggest Netflix Show ever. But that only time will tell – for now, we hope you enjoy our collection of the best Squid Game quotes as much as you enjoyed the show!

Now, let’s get back to our list of the best Squid Game quotes!

1. My town called that game the Squid Game. 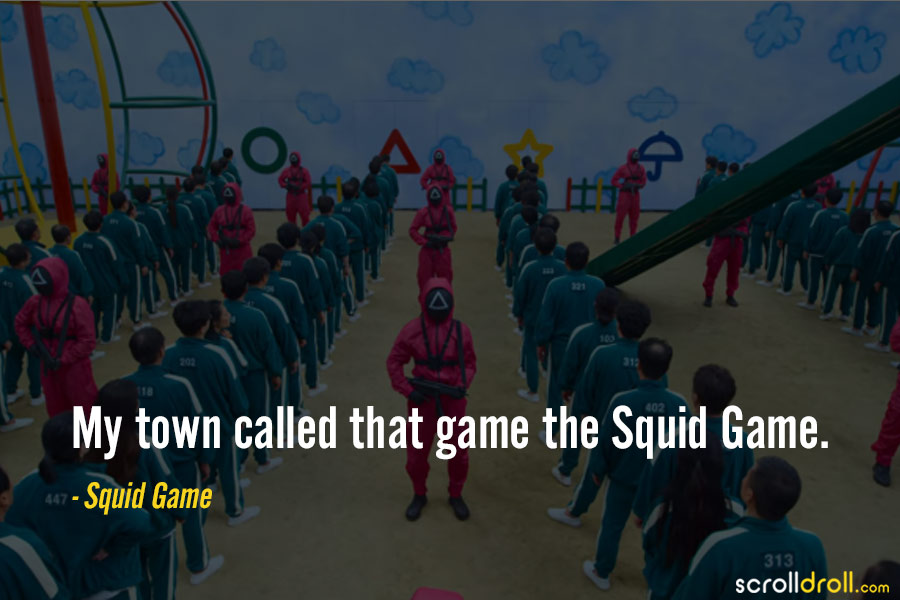 2. And in that moment I felt as if I owned the entire world. 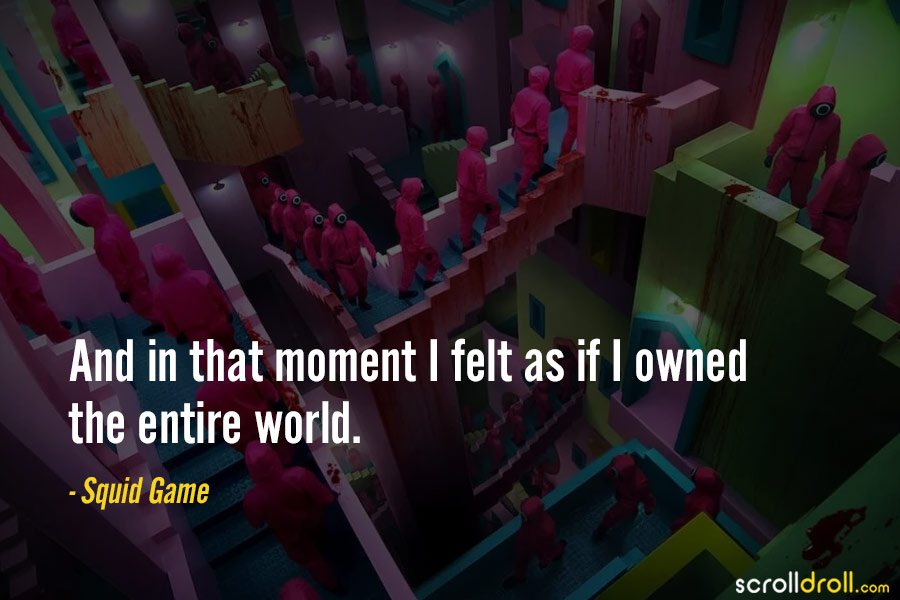 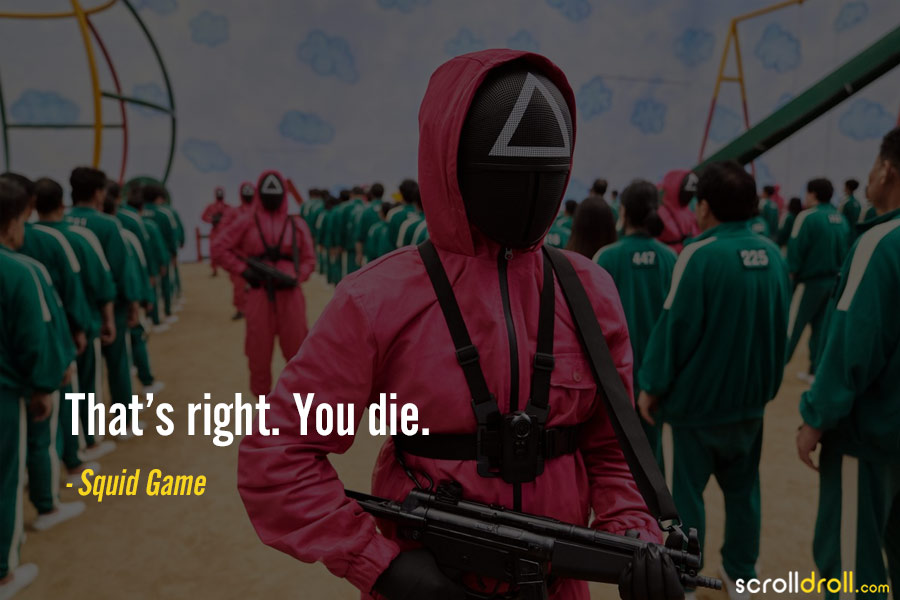 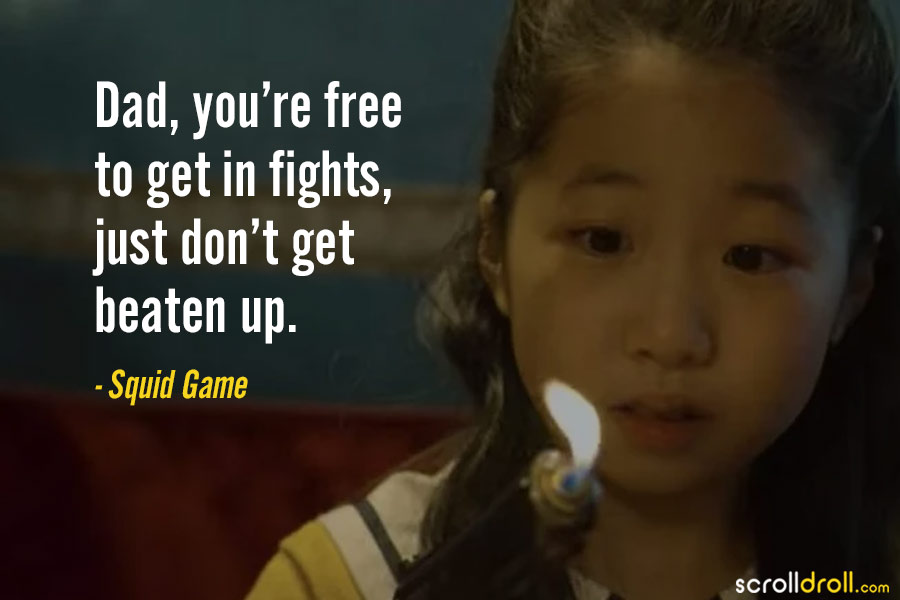 5. I guess everyone is tired. 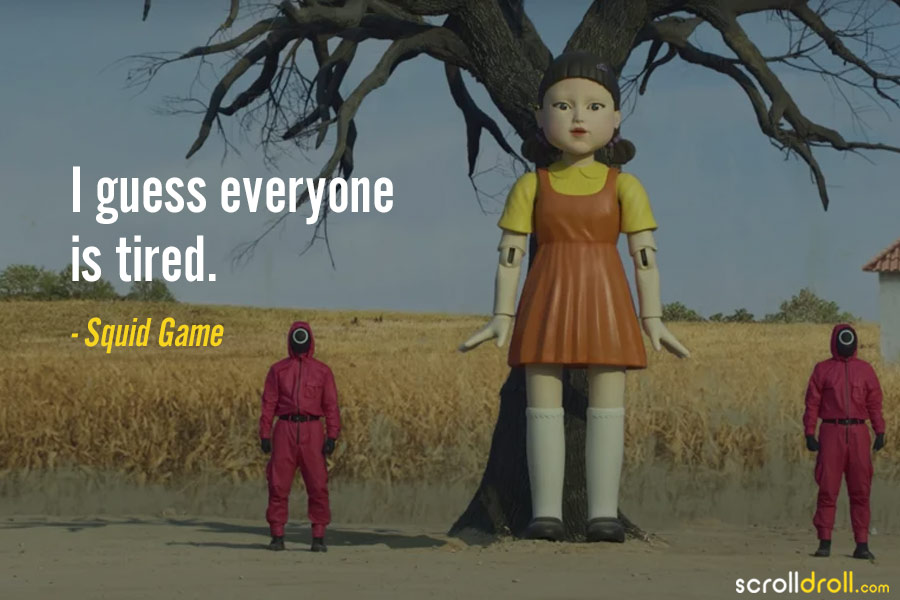 6. You killed all those people. Yet you call this a game. 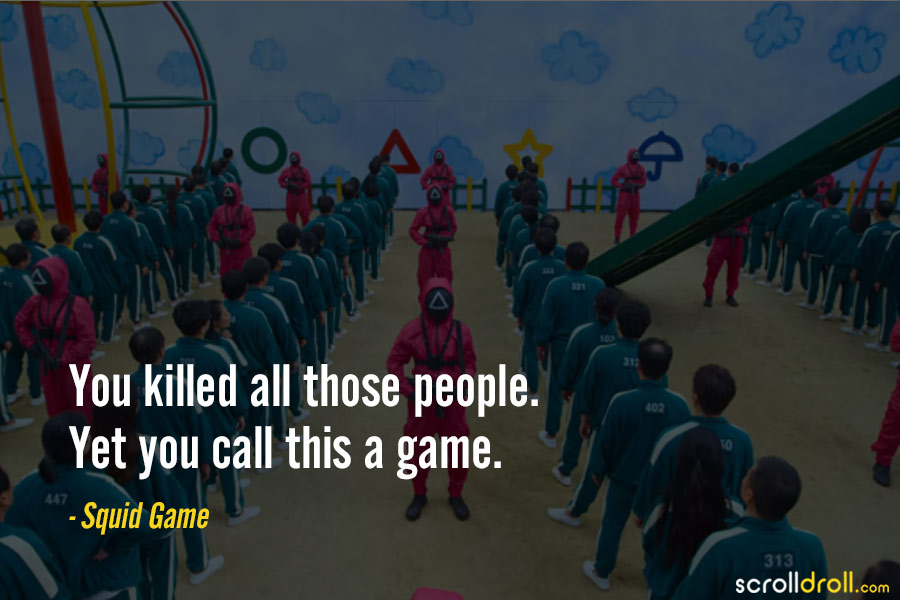 7. A player is not allowed to stop playing. 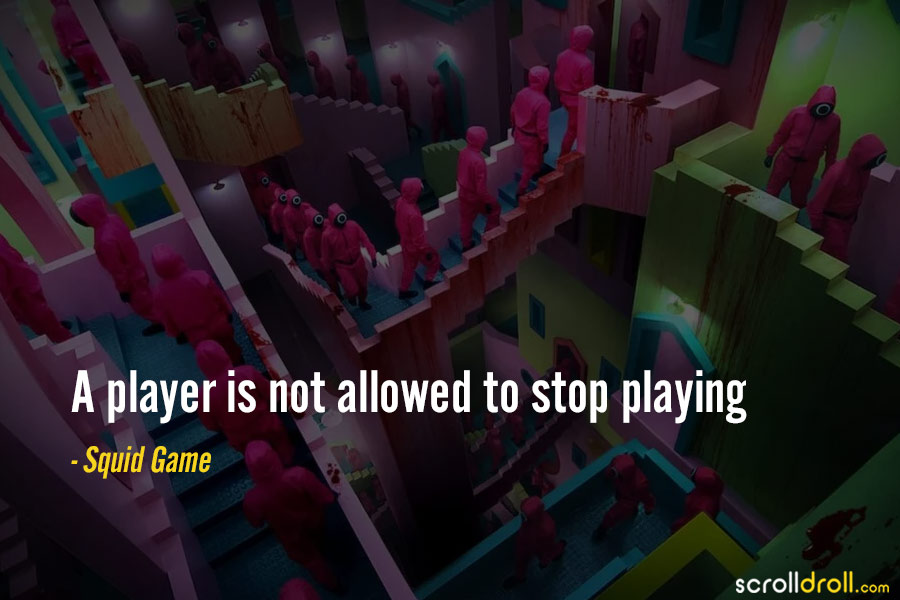 8. My brother had the same card. The one you had. And he’s currently missing. 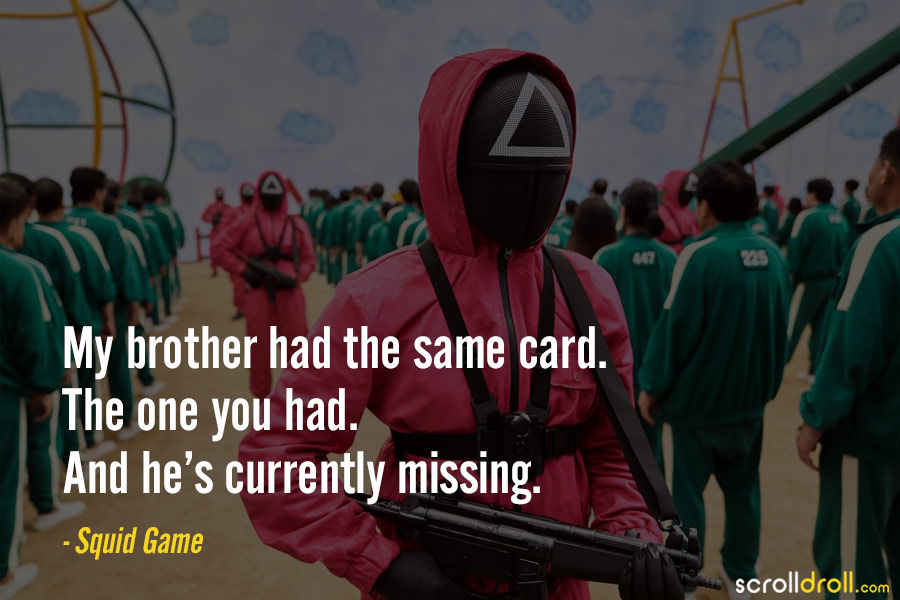 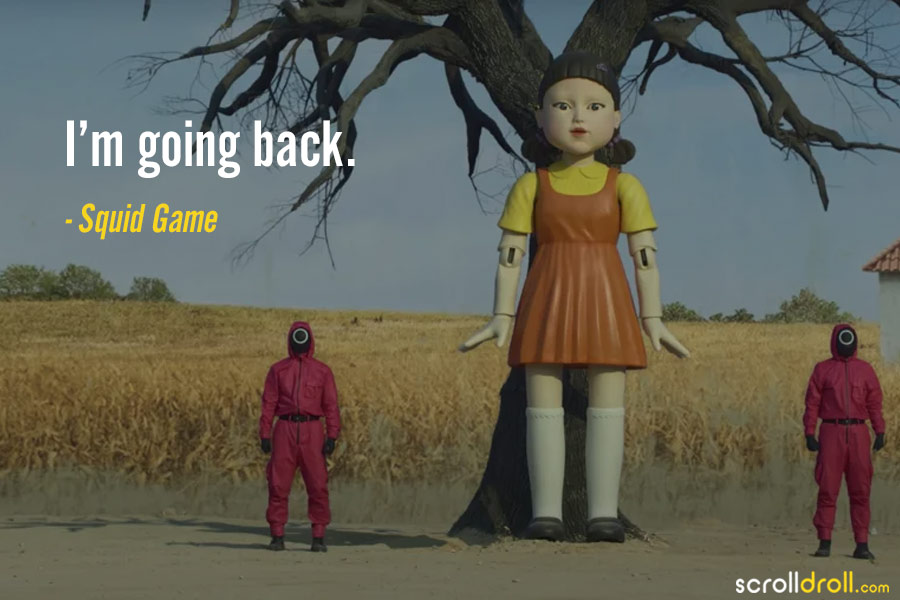 10. A feeling of unresolved resentment against injustices suffered, a sense of helplessness because of the overwhelming odds against one, a feeling of acute pain in one’s guts and bowels, making the whole body writhe and squirm, and an obstinate urge to take revenge and to right the wrong – all these combined.” 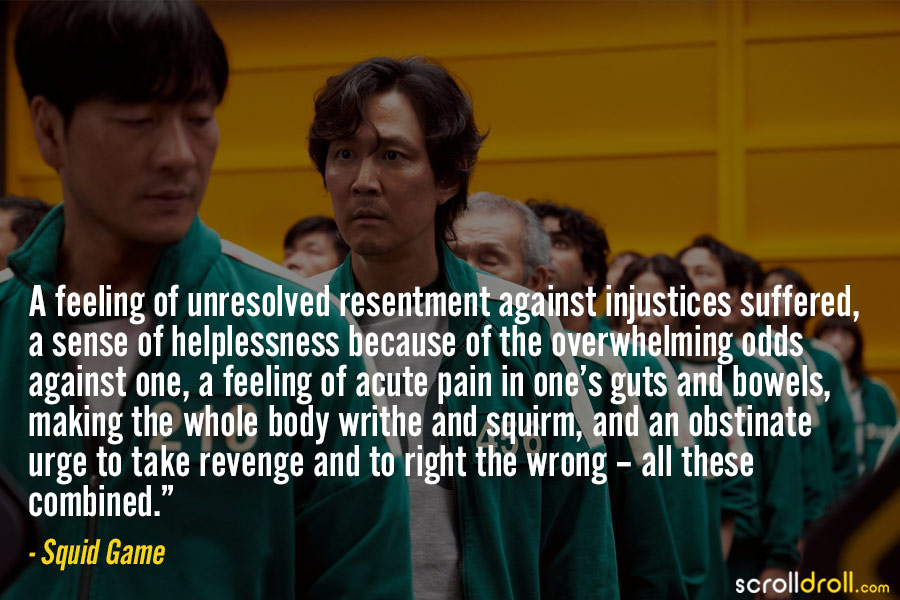 11. These days, even women go to war. I mean, when you finally get older, there’s not gonna be that kind of discrimination like we got now. 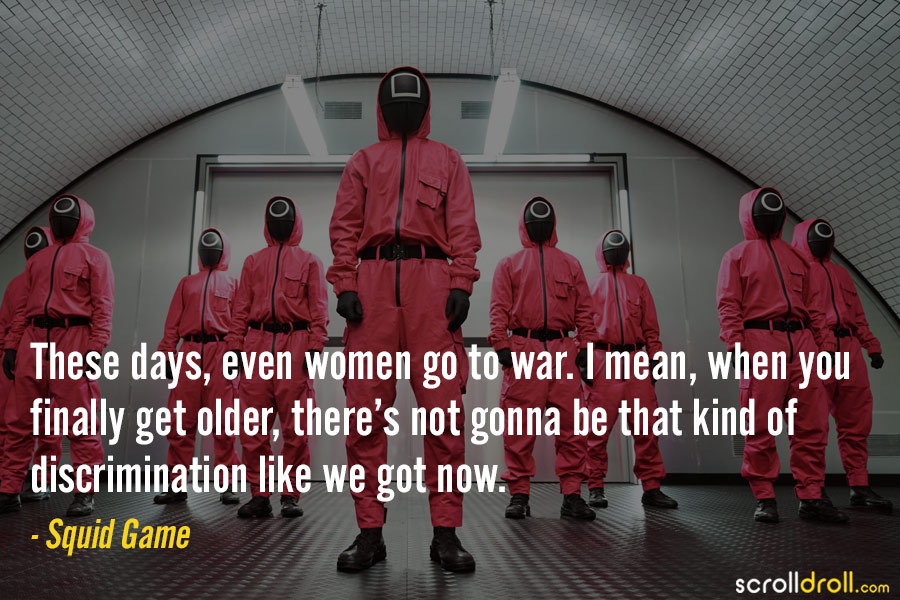 12, For whatever reason, we called that the secret inspector. 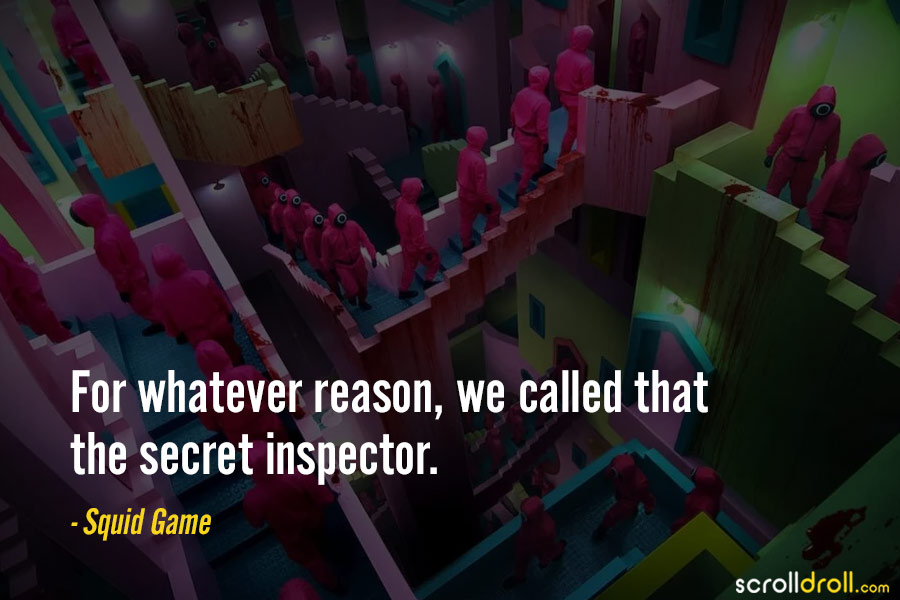 13. Is this some kind of new pyramid scheme? 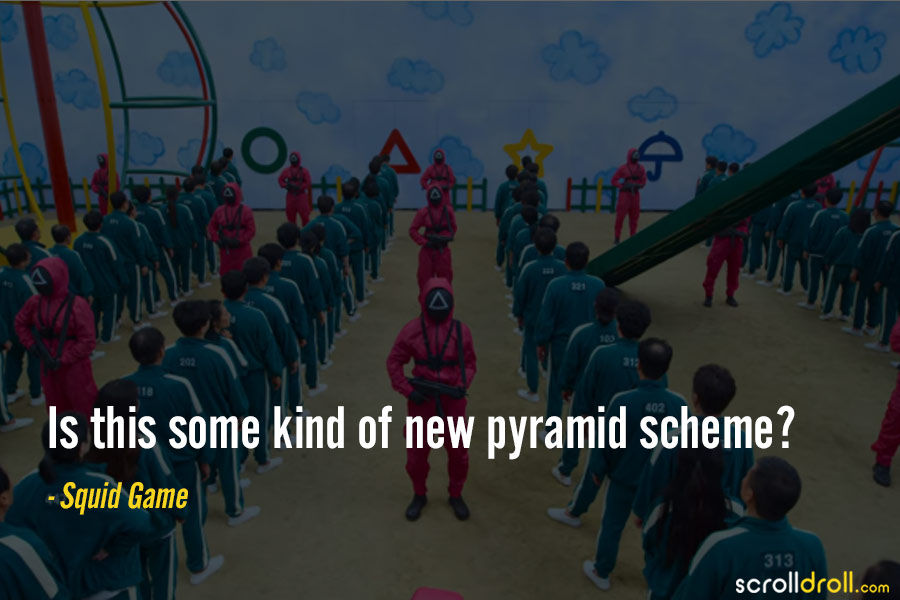 14. You signed a disclaimer of physical rights today, didn’t you? 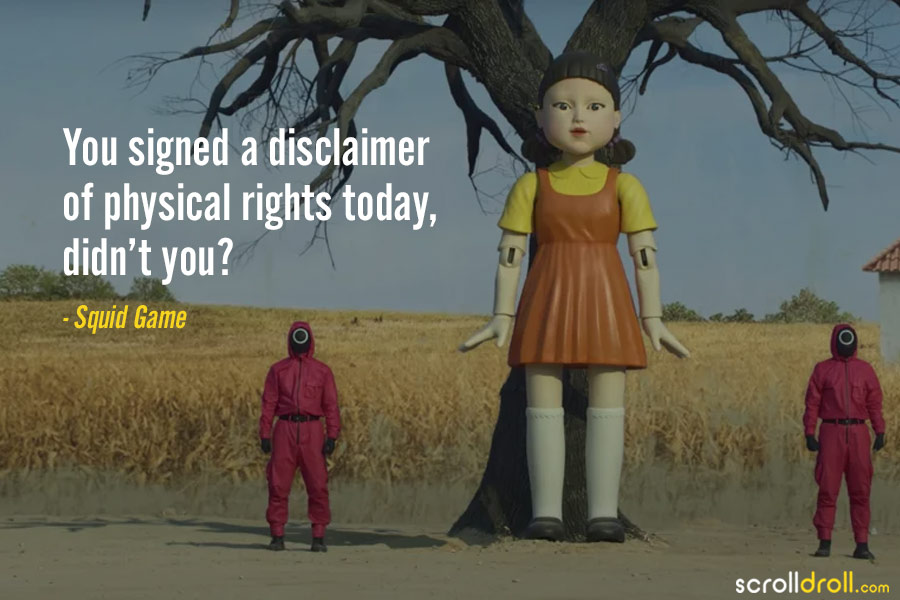 15. All of you in this room are living on the edge, with debts you cannot pay off. If you don’t wish to play, please let us know. 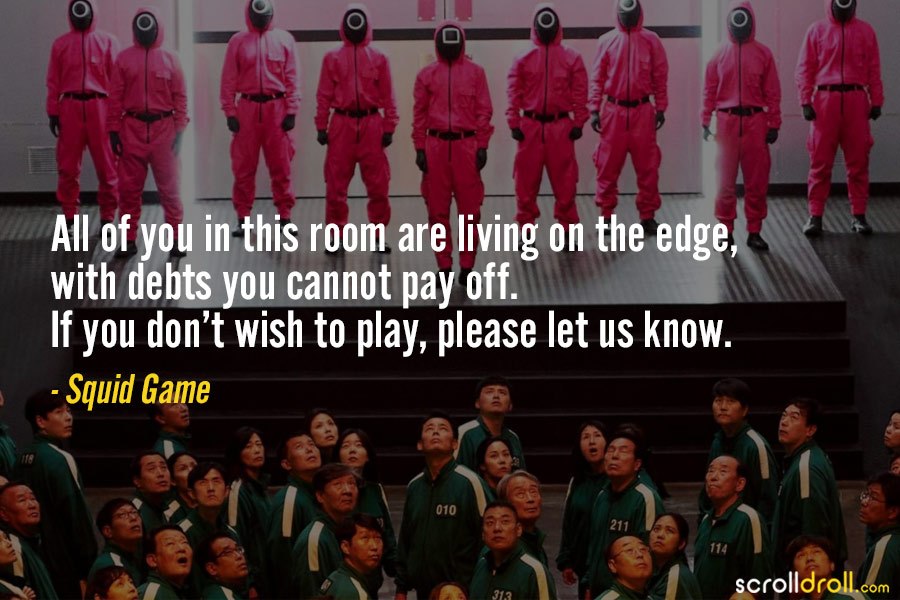 16. Stick with the strongest team. That’s the only way. 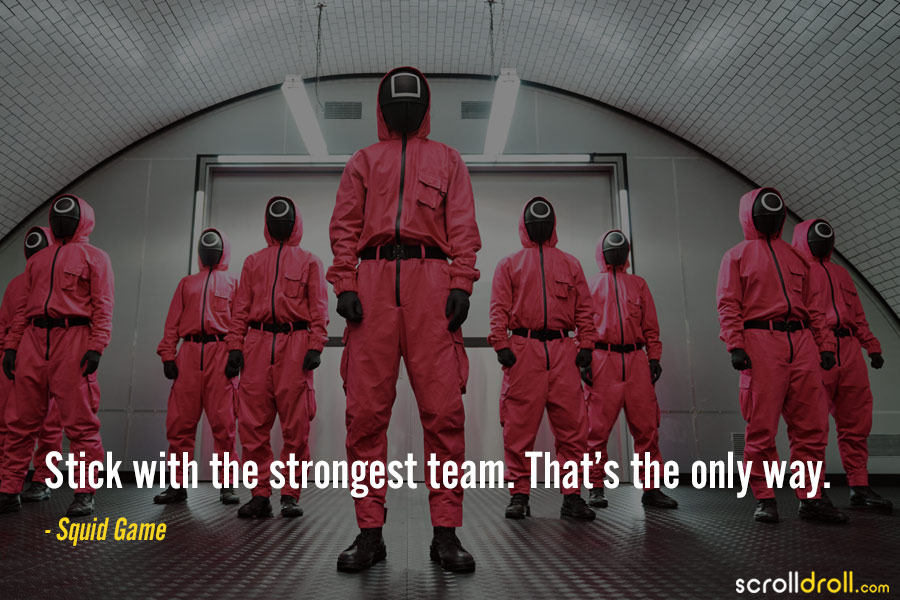 17. Do you think money solves everything? 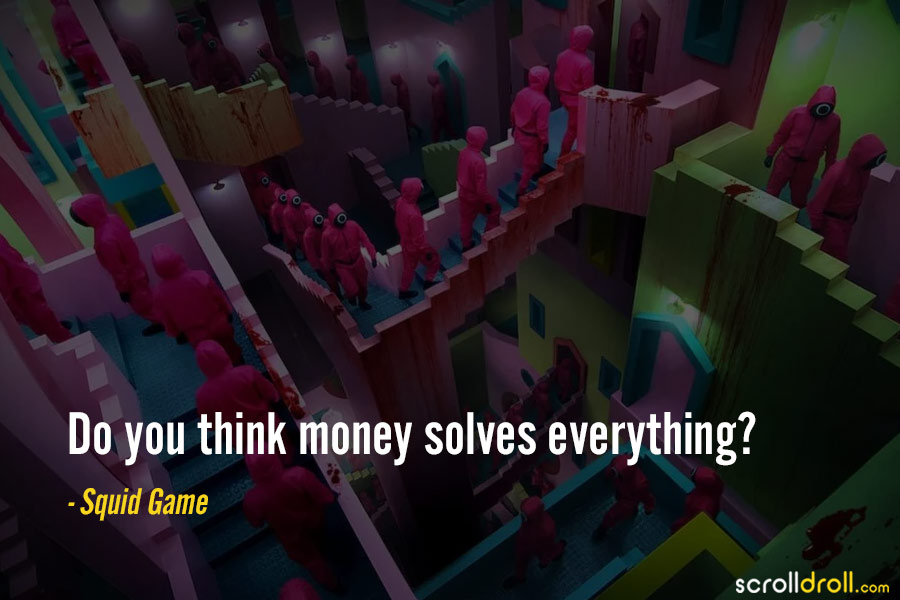 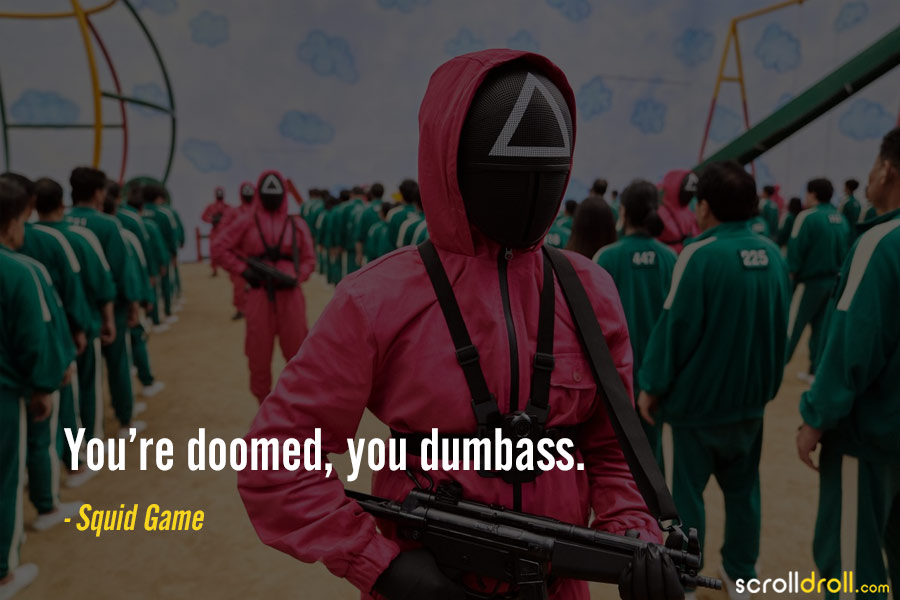 19. I wanted to pay you all at once to save you the trouble. 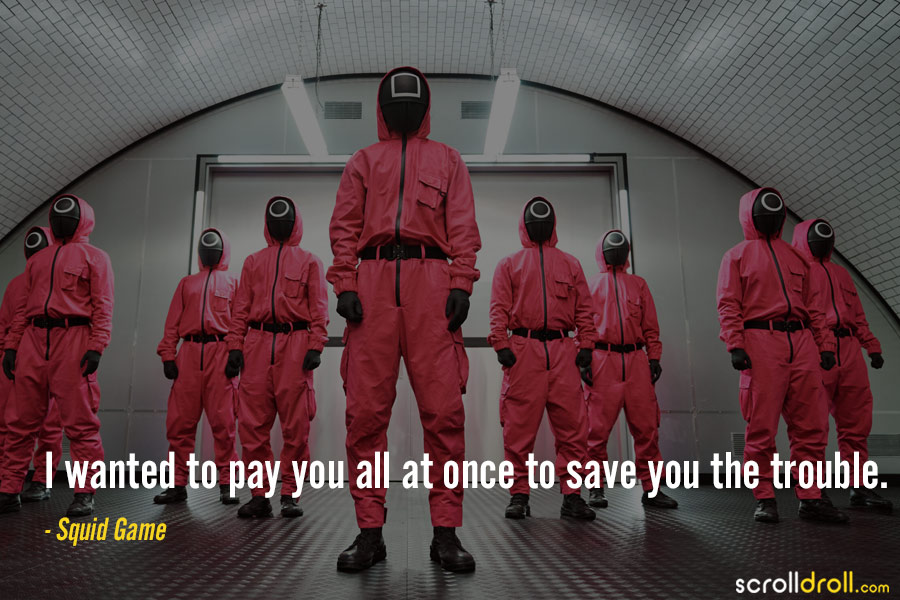 20. You don’t trust people because they are trustworthy. You do it because you have nothing else to rely on. 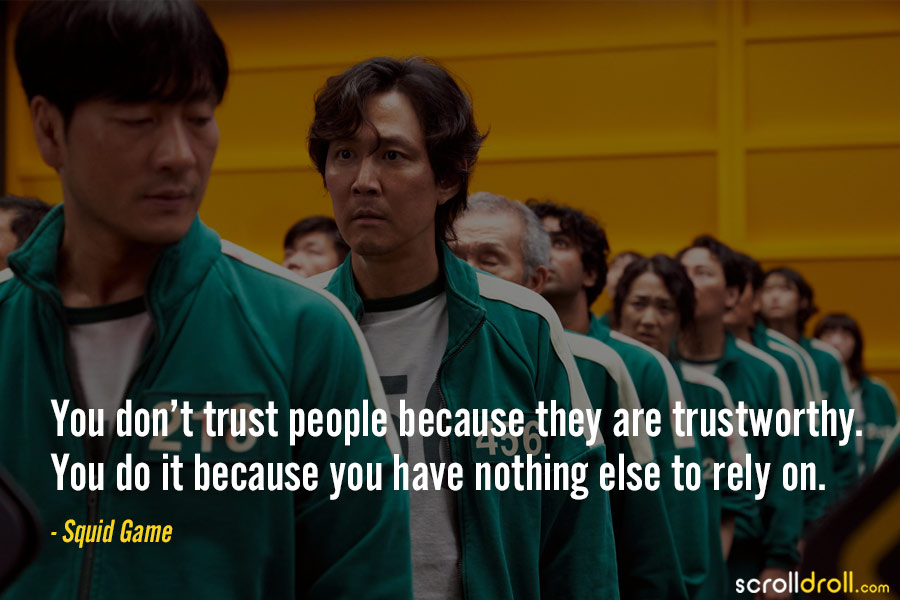