20 Best Stand Up Comedians From India You Should Follow

The advent of social media and online pop culture has brought about a radical change in the Indian comedy circles as well. The past decade saw the rise of stand up comedians from India with several comedy laugh clubs opening across the country and stand up acts going viral on social media. From YouTube trends to twitter, Indian stand up comedians have been dominating the online conversations, pop culture and content for quite some time now.

Also show: 30 Stand Up Comedy Meme Templates Which Will Make You Go ROFL

A qualified lawyer, Anubhav Singh Bassi was once a UPSC aspirant and also tried his luck in a food business before ending up as a stand up comedian. His acts ‘Hostel‘, ‘Waxing‘ and ‘Cheating‘ have become a sensation on YouTube with Millions of views. 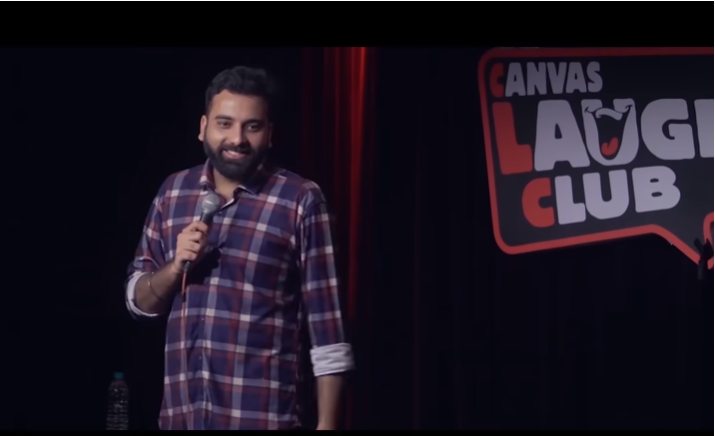 A chemical engineer by qualification, Abhishek Upmanyu worked as a research analyst before joining ‘On Air with AIB’ as a writer and then went on make waves with his hilarious stand up acts like Friends, Crime, & The Cosmos, Delhi, Mumbai & Rich People and Breakup, Respecting Elders, & Discrimination. 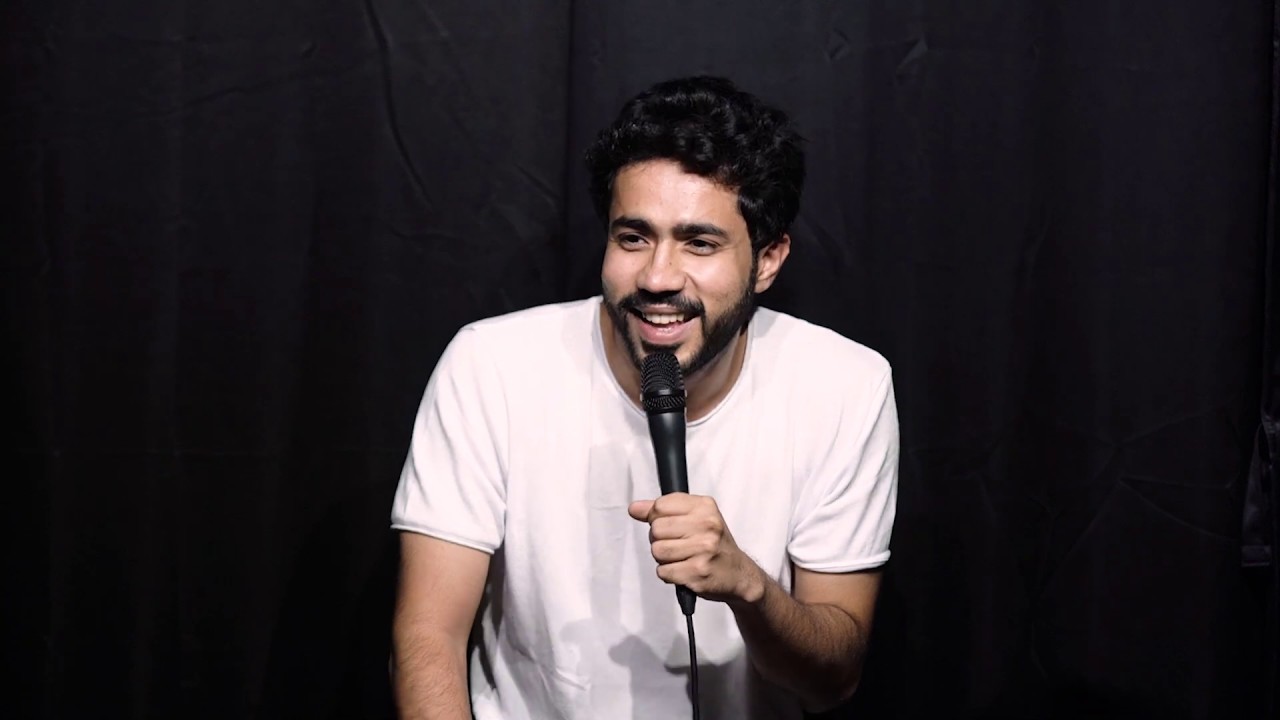 Abish Mathew started his career as an RJ in Red FM, Delhi before switching to stand up comedy. His show Son Of Abish is quite popular on YouTube where he has hosted a number of guests including several YouTube stars and Bollywood stars. 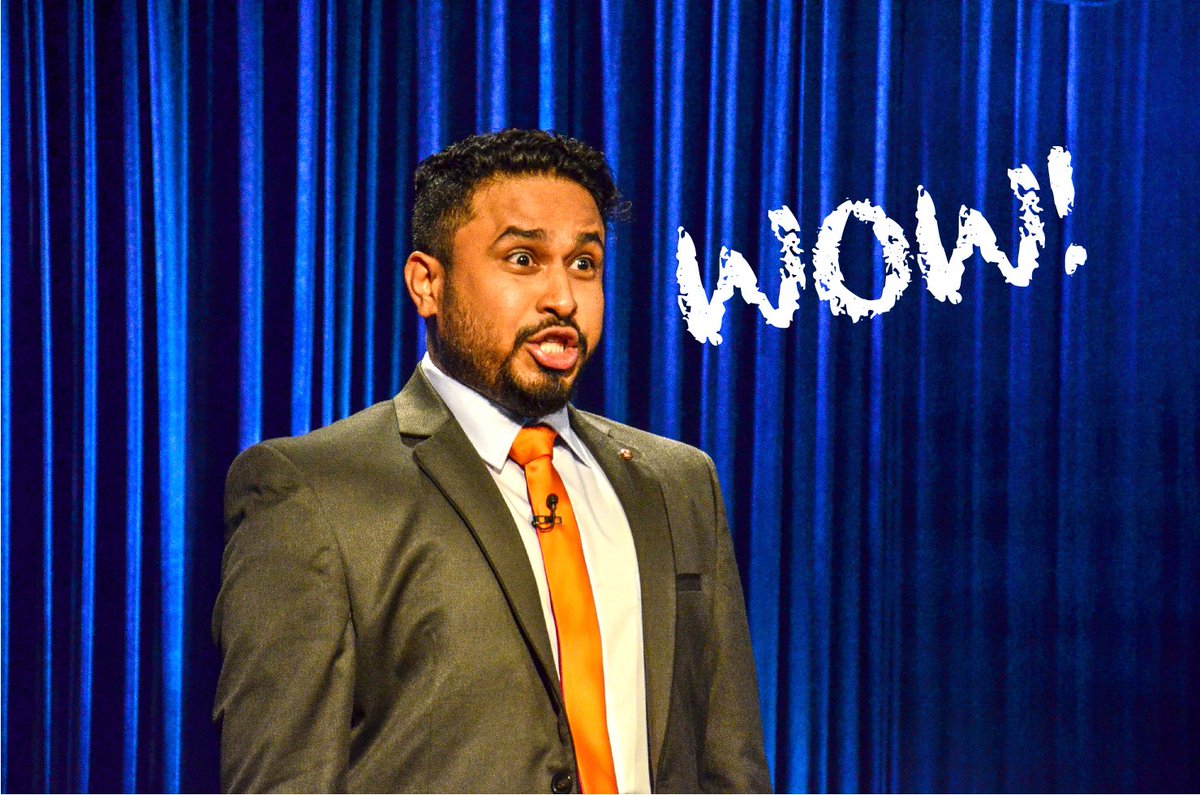 One of the fore most female stand up comedians in India, Aditi Mittal has appeared in several comedy shows across the globe. She was invited by BBC in the prestigious 100 Women Conference in London in 2013. She also appeared in the American documentary Stand-Up Planet. Her jokes vary from various culture issues and women problems in India. Some of her most popular acts online are The Story of Madhumakkhi and Bra Shopping 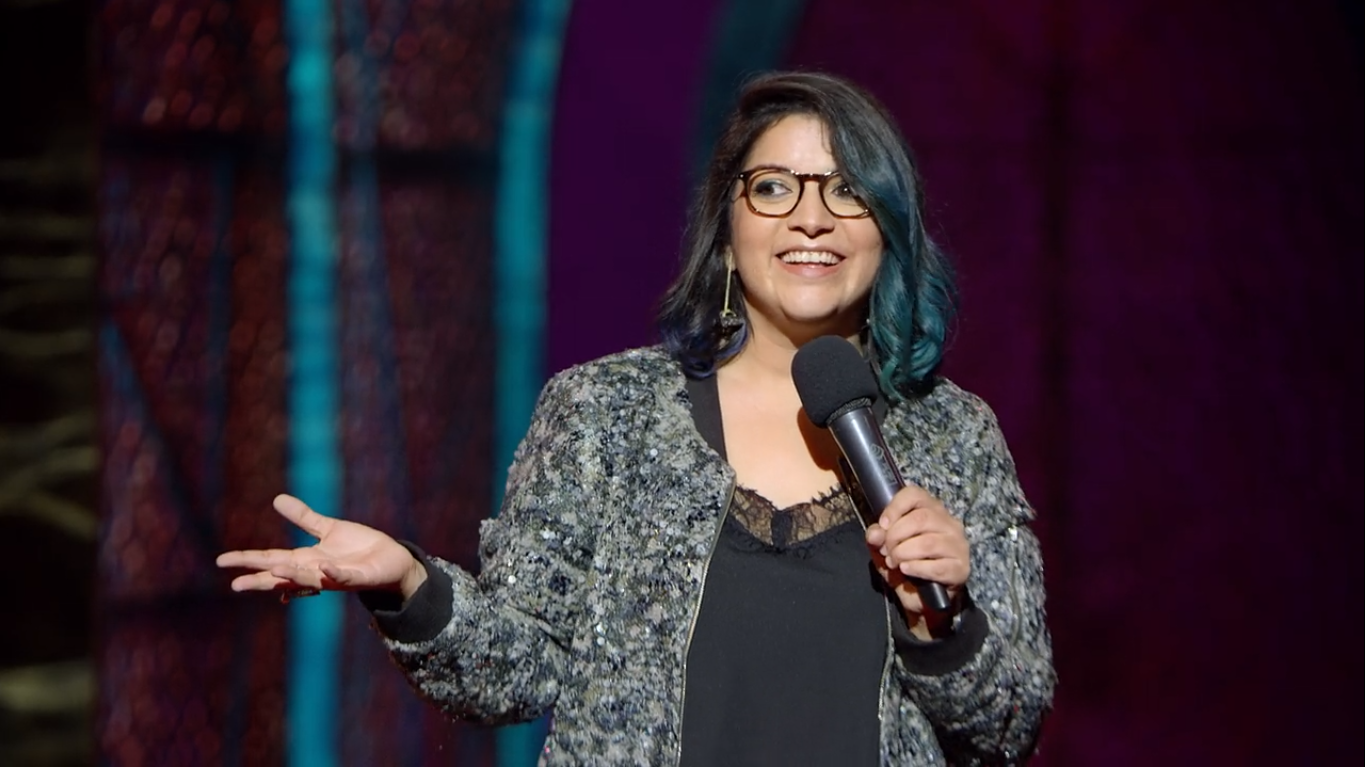 An engineer by qualification, Appurv Gupta has been a regular performing in several college fests and corporate events. His comedy is a humorous take of a middle class Indian family and culture where he appears as Gupta Ji. Some of his best acts include GuptaJi Ki Aeroplane Wali Journey and Apple, Micromax & Patli Pin wala charger. 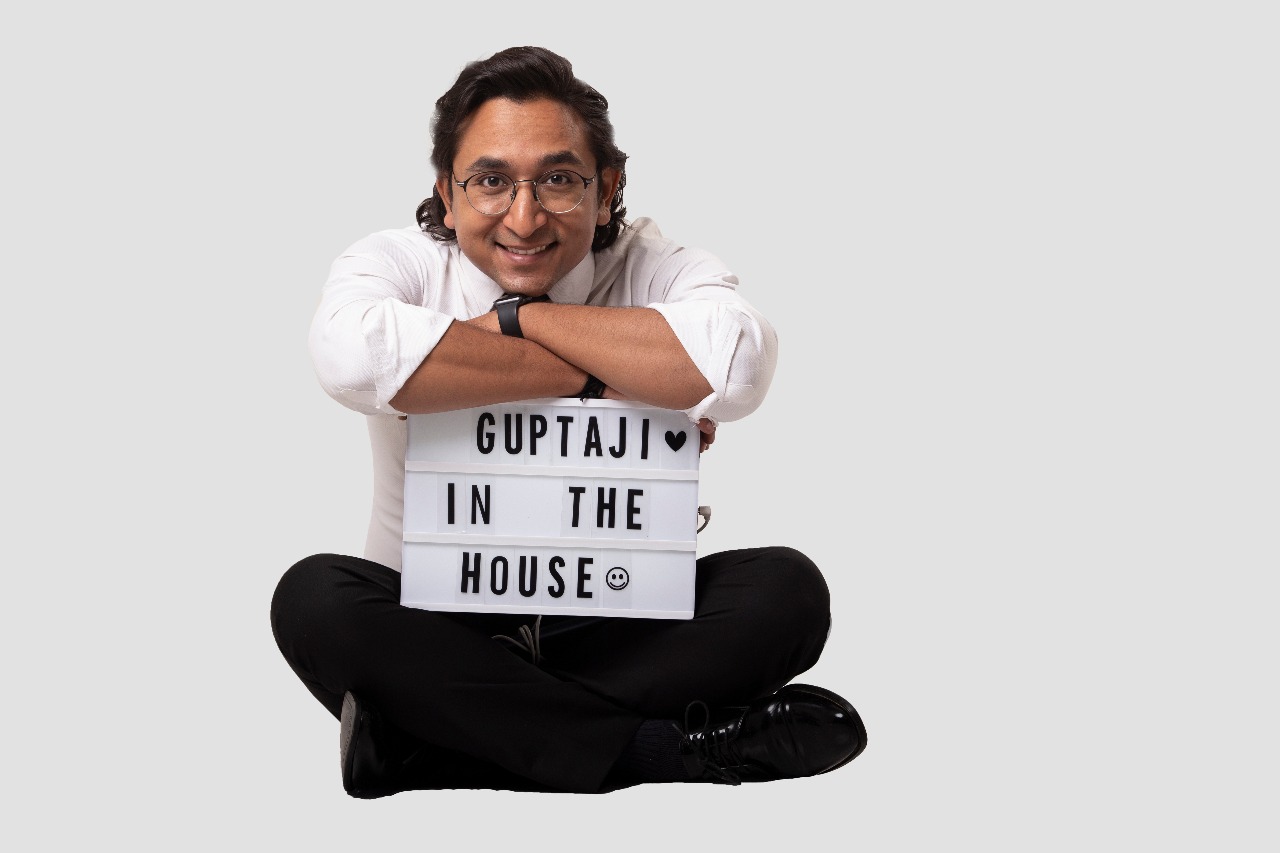 An engineer and MBA by qualification, Atul Khatri worked as a CEO in his family run computer business before taking up stand up comedy as an alternative career option. He has performed in several comedy clubs and was also a part of the comedy group East India Company. He also appeared on several OTT shows and a number of TV commercials for popular brands, Some of his most popular stand up comedy acts include Atul Khatri on the Justin Bieber Concertand When your child turns 18 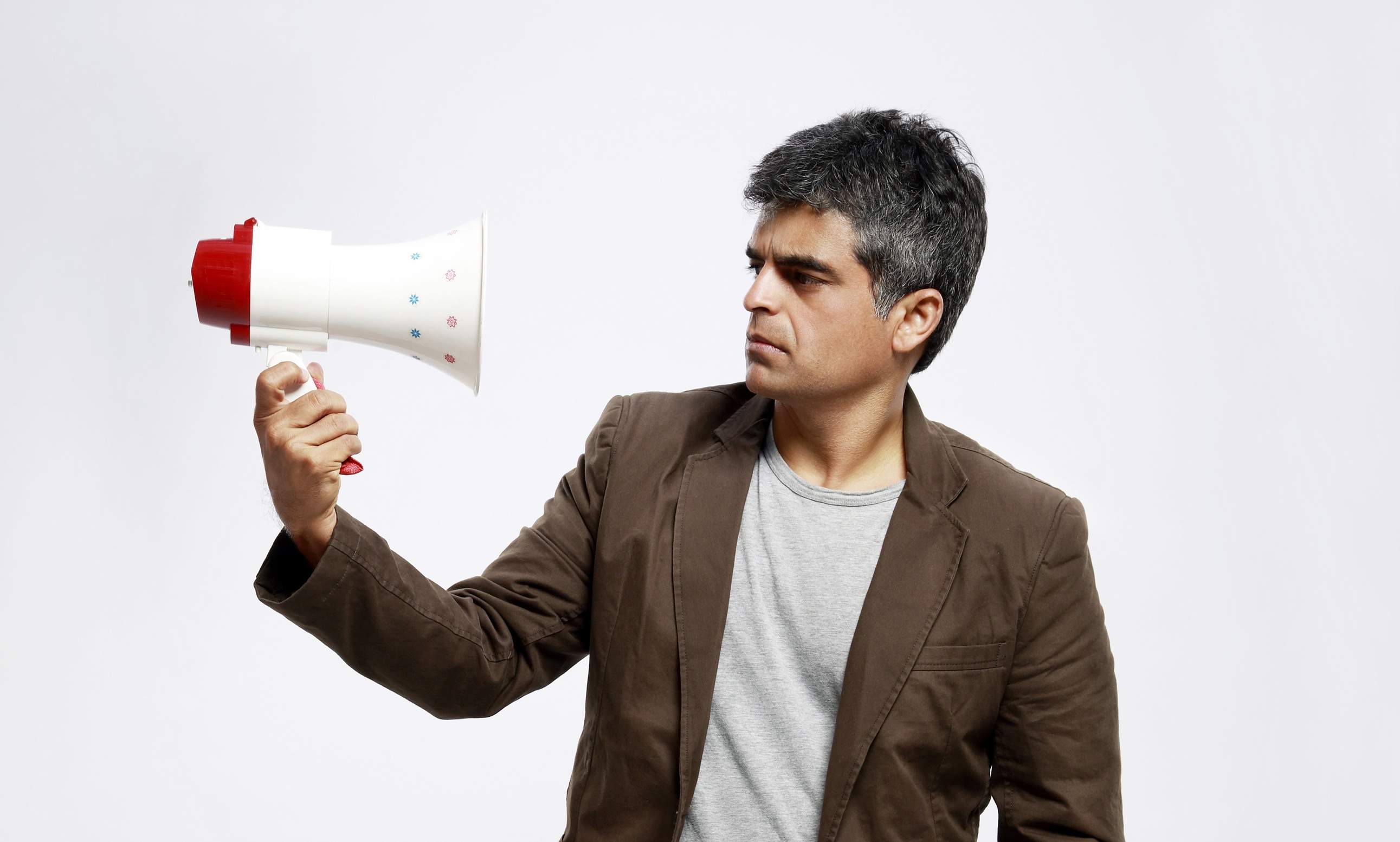 Hailing from the Eastern state of Odisha, Biswa Kalyan Rath is one of the most popular stand up comedians of India. He caught everyone’s eye with his Pretentious Movie Reviews with fellow comedian Kanan Gill. He soon became a popular face in Indian stand up comedy circles with appearances in comedy clubs across the country and several OTT shares. Some of his must-watch acts include Biswa Kalyan Rath – Extroverts and Chaos and Uber and Me 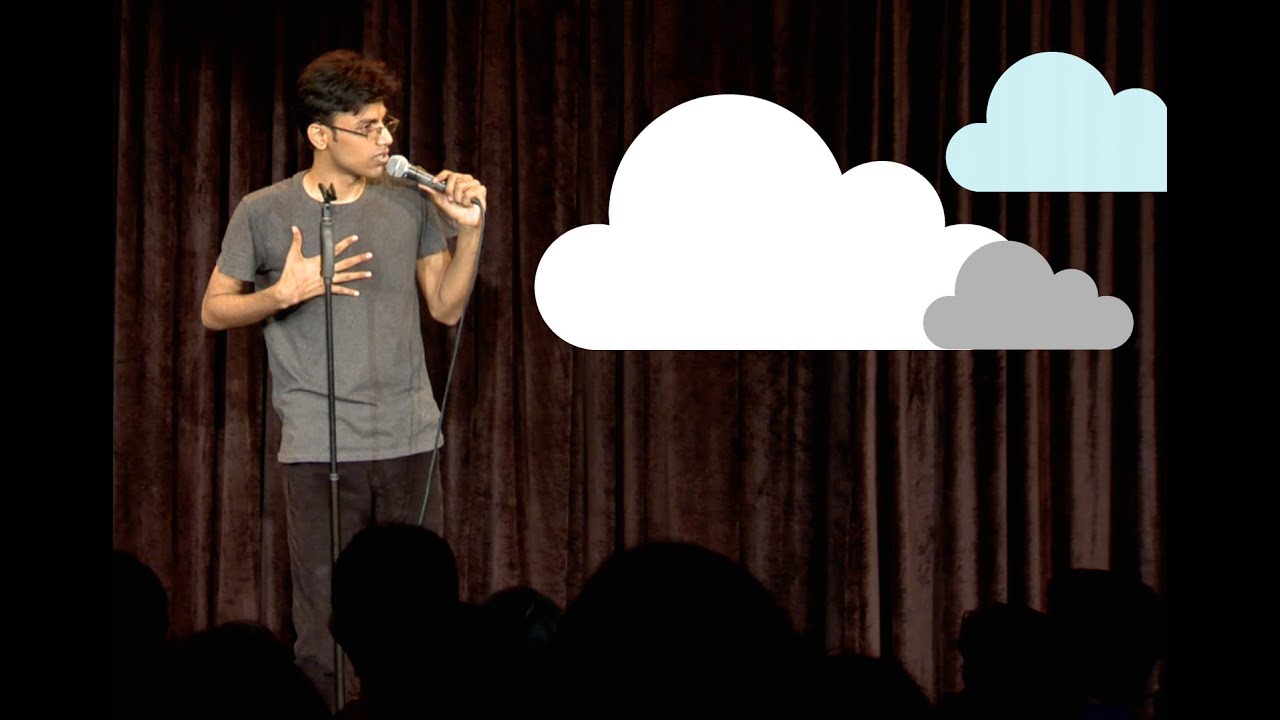 Kanan Gill came into prominence with Pretentious Movie Reviews where he appeared with Biswa Kalyan Rath. He has since then appeared in the top comedy clubs of the country and OTT platforms like Amazon video and Netflix. His must-watch acts include Prem Aggan Review and Siblings 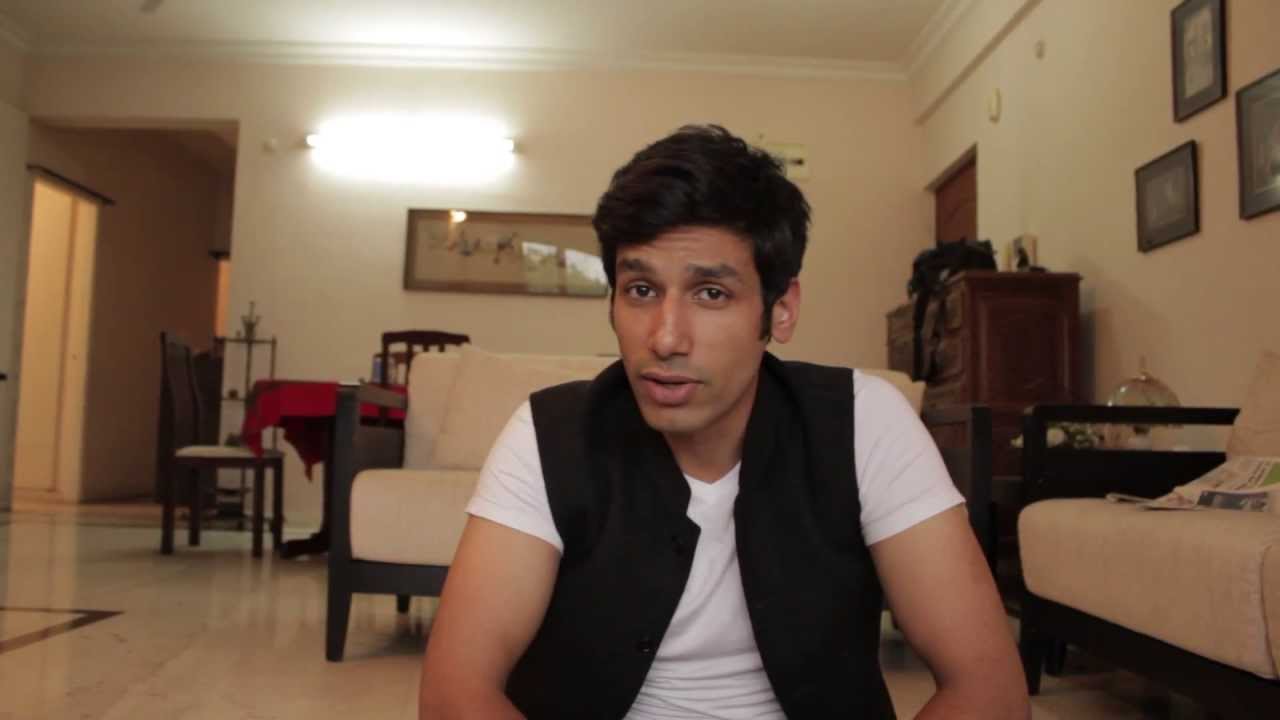 Kenny Sebastin has appeared in several international shows as well as on several OTT platforms including Amazon Prime Video and Netflix. His stand up acts you should watch are Middle class restaurant problems & Indian Parents, OCD and Electricity at Home 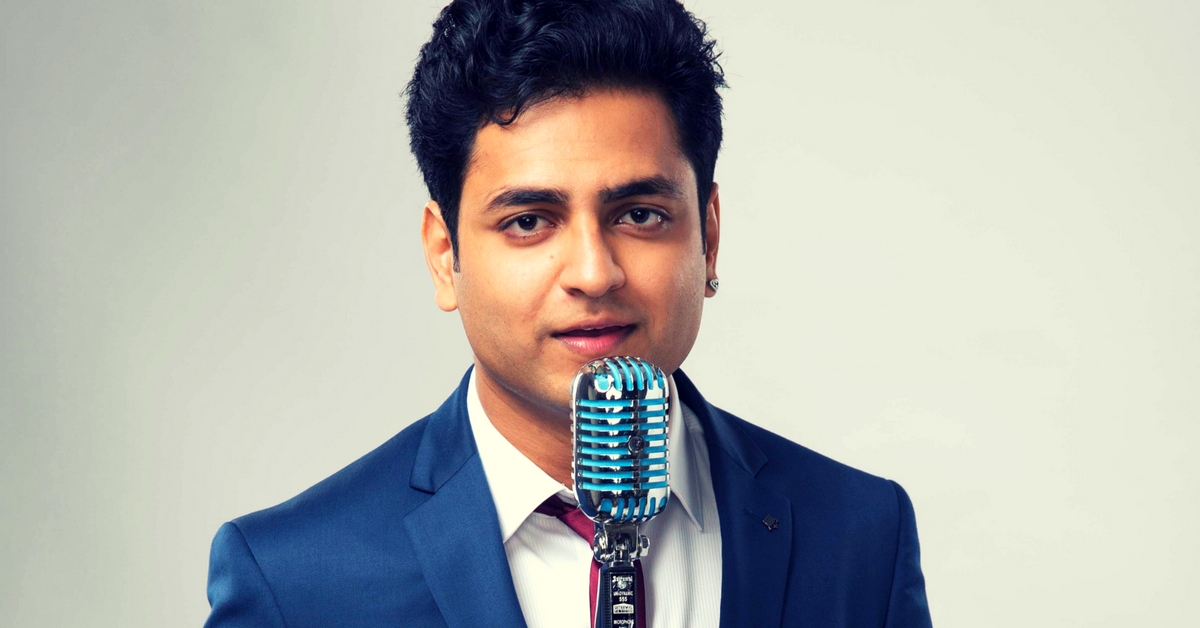 A man who is always in news and controversies these days, Kunal Kamra worked as a production assistant in an ad agency for several years before starting his gig as a comedian. He has since then appeared in several ad films and OTT shows. His comedy often targets the politicians and government with some of his famous acts being Patriotism & the Government and  Revisiting Demonetisation.

His show Shut Up Ya Kunal! is also quite popular on YouTube where he has invited a number of eminent guests including Arvind Kejriwal, Javed Akhtar, Ravish Kumar and Asaduddin Owaisi. 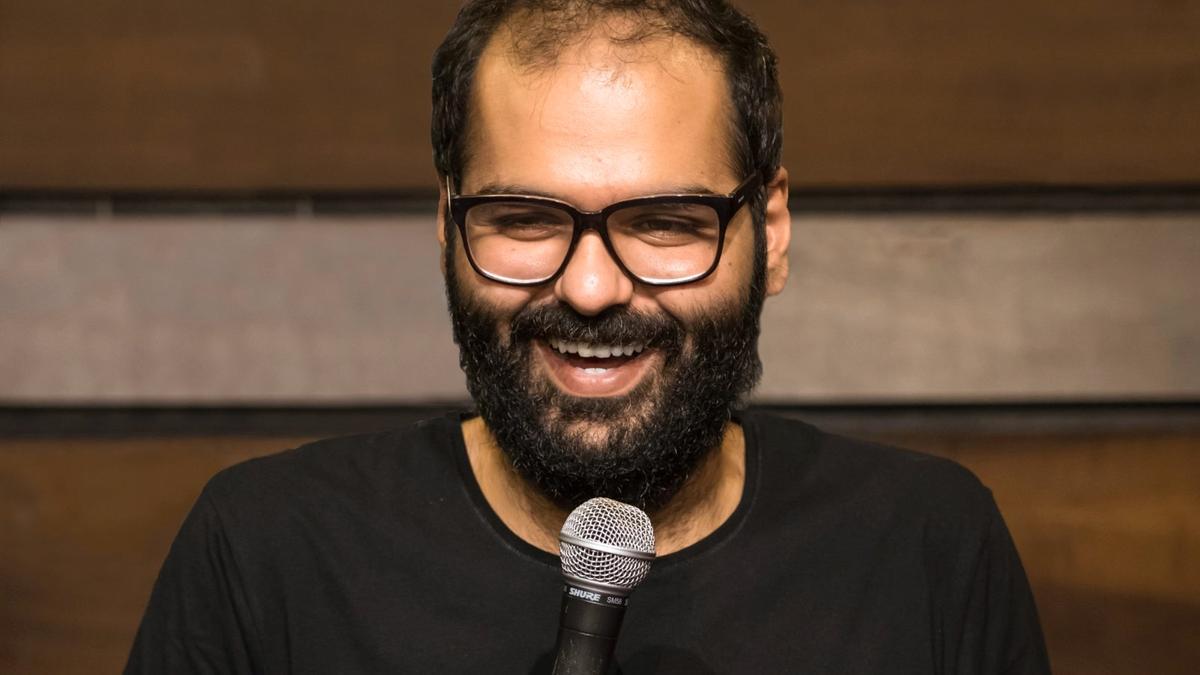 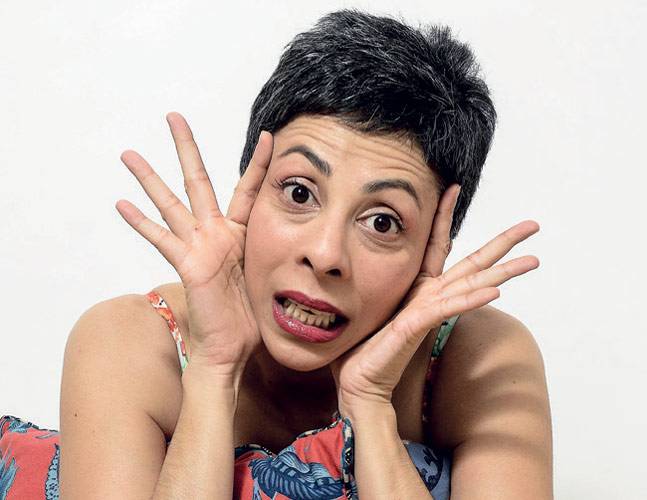 Rahul Subramanian managed e-commerce, corporate branding and digital marketing at Mahindra Rise for quite some time before switching to stand up comedy. He has recently become popular for his hilarious acts which the urban Indian middle class can relate to. Some of his acts you should definitely watch is Break Up and MBAand India and Pakistan 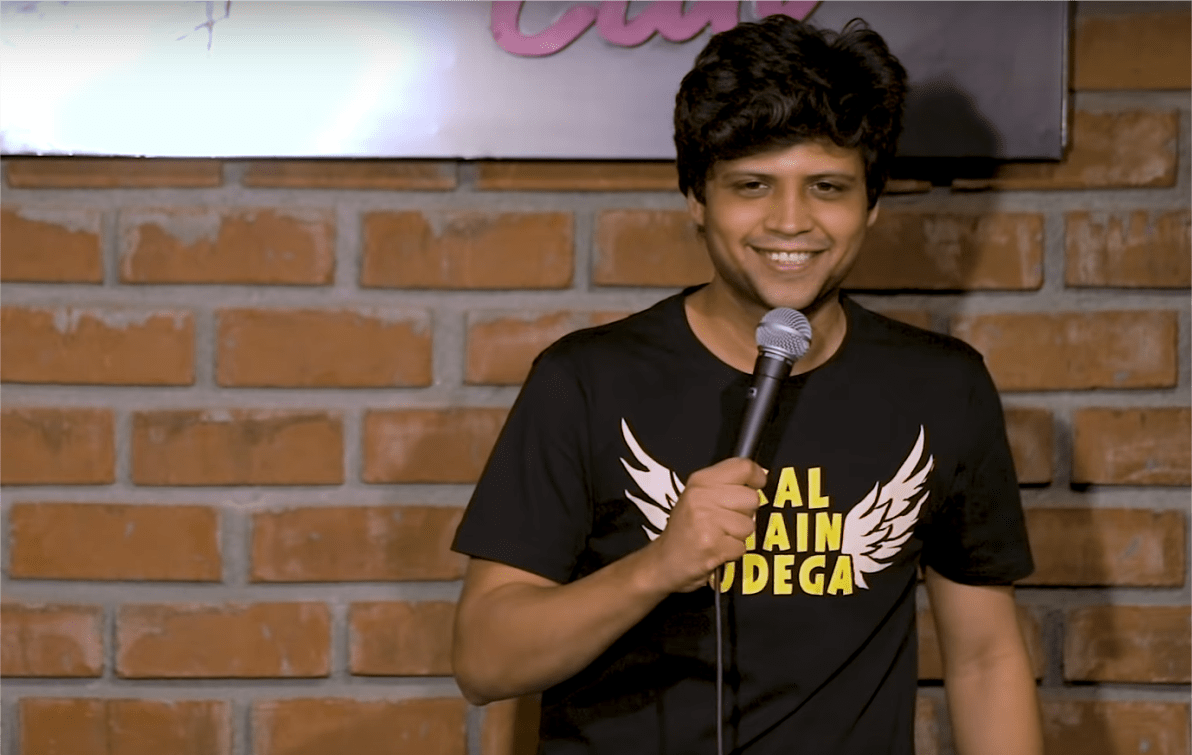 Sorabh Pant was one of the earliest entrants in the Indian comedy circles where he started his career working with Vir Das. He founded the comedy group East India Comedy in 2012 where he tagged along other comedians and performed at comedy clubs across the countries and internationally. Some of his interesting facts include Engineering Colleges : Stupid Rulesand Uncles on WhatsApp? 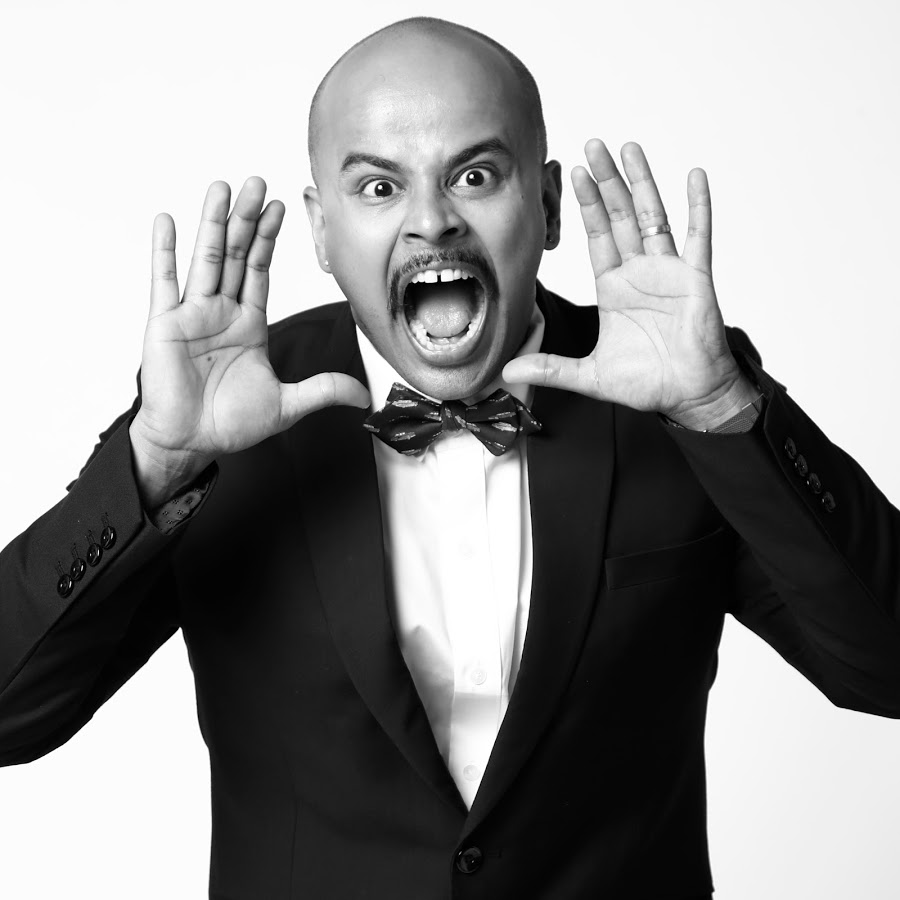 One of the earliest stand up comedians of India, Vir Das has appeared in several Bollywood movies, Television shows and has participated in prominent comedy festivals across the globe. He has also written comedy columns for several publications that include Femina, Maxim and Tehelka. Some of his most popular acts online include Indians are Racist-ishand Indians are Homophobic 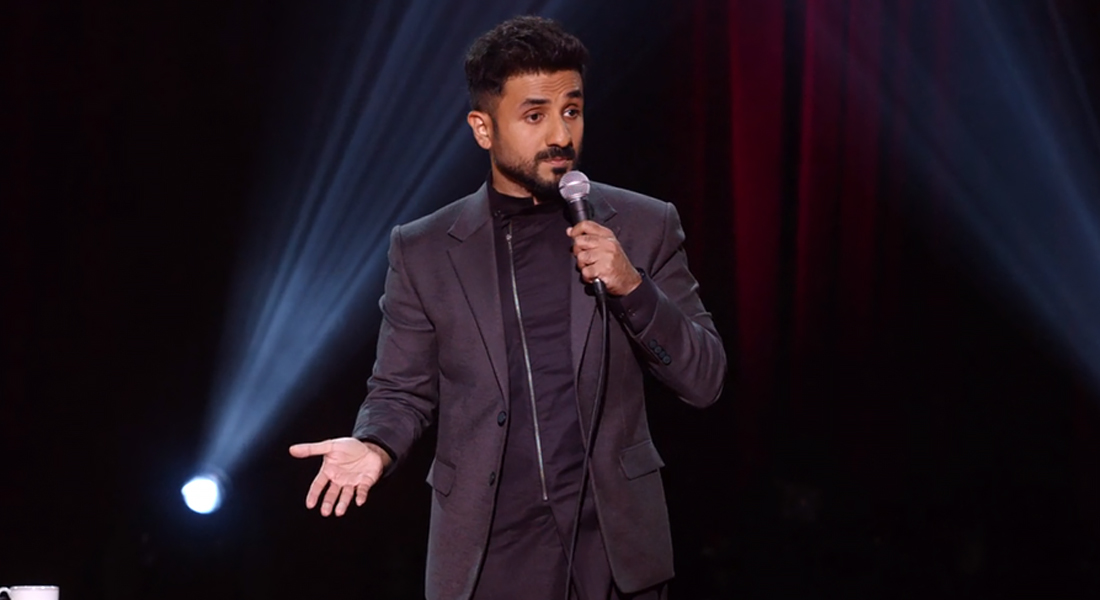 The Sakht Launda on Indian Comedy, Zakir Khan has been one of the favorites on online audiences for his relatable and humorous acts which are absolutely adorable.  He became popular when he won Comedy Central’s India’s Best Stand Up Comedian competition in 2012. He has also been a part of several shows on Indian OTT platforms. Some of his best acts include When I met a Delhi Girl, What happens when you fail in an exam!and  Life Mein Chahiye Izzat. 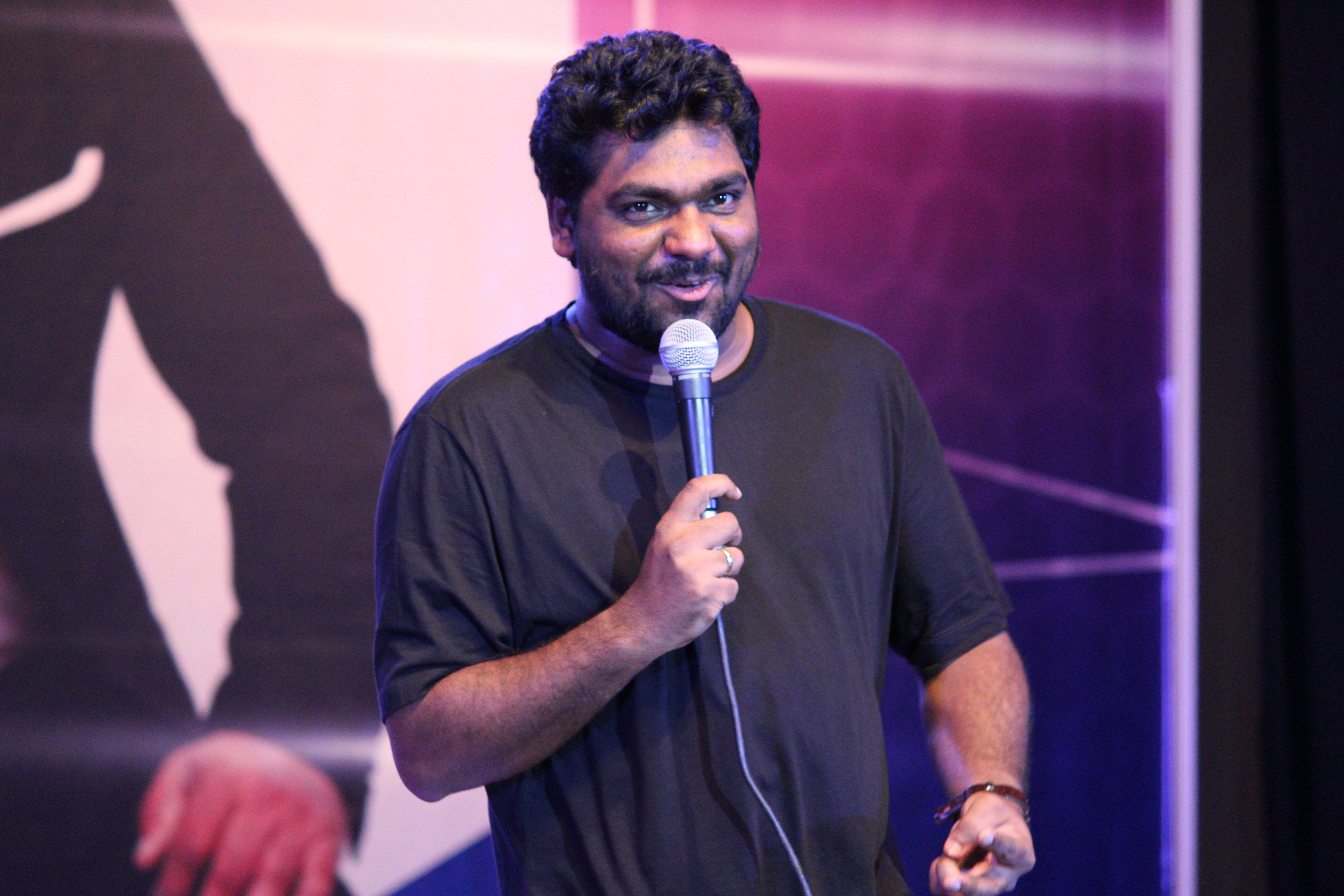 Fondly referred to as the “Supreme leader” by his fans, Samay Raina was the runner up at Comicstaan Season 2. Since his stint at the popular Prime original, Raina has made quite a name for himsel with his live streamed chess matches. He also appeared in Comedy Premier League, a Netflix original, which his team won. Check out his YouTube Channel here. 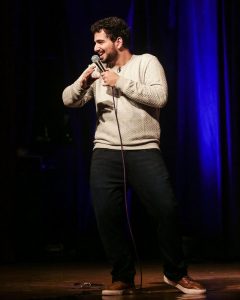 Often regarded as one of the best stand up comedians in India, Vipul Goyal has managed to stand out amongst a bevy o similar-sounding comedians with his great observational sets. He is also the only stand up comedian to have a dedicated show – Humorously Yours – a semi-autobiographical show produced by TVF. Check out Vipul’s Youtube page here. 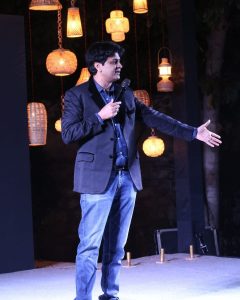 After Rahul Dua emerged as the winner of the first season of Comicstaan, his fans have only grown in number. He has gone on to do several stand up shows (with a Europe tour in the pipeline), and has also appeared on Comedy Preimer League. Check out Rahul’s YouTube page here. 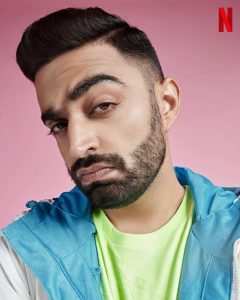 Gaurav Kapoor is an emerging stand up comedian who has gained popularity over the last couple of months. Other than his stand-up comedy, Gaurav is also especially popular on Instagram, and has found thousands of followers, thanks to his super funny reels! You can check out Gaurav Kapoor’s YouTube here. 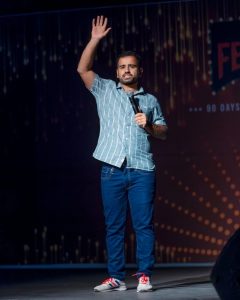 The winner of the second season of Comicstaan, Akash Gupta is widely considered to be one of the most talented comedians working in the industry today. With his acts in Comicstaan as well as the Netflix original Comedy Preimer League, Gupta showcased a range wider than most other comedians. You can check out his YouTube here. 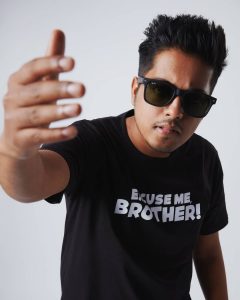 Did we miss any of your favorite stand up comedians from India? Do let us know who makes you laugh out the loudest and we will include them in the list.

How To Get A Free Spin Bonus