I wonder why is it that we are psychologically hardwired to question a woman’s modesty whenever she tries to make herself be heard. A sandstorm of misogynistic comments is hurled at her and she is shunned down by the patriarchal forces. A similar situation is currently being woven in the country. I’m sure most of us are aware of the ongoing Tanushree Dutta’s allegations against Nana Patekar for harassing her on the sets of Horn ‘OK’ Pleassss while they were shooting for a song. For those of you who aren’t aware, here’s what happened. 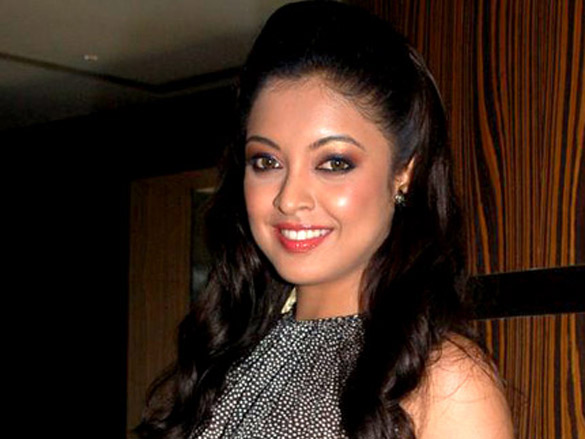 This is what Dutta said in her interview:

She told Zoom, “Everyone knows about Nana Patekar that he has always been disrespectful towards women. People in the industry know about his background… that he has beaten actresses, he has molested them, his behaviour with women has always been crude but no publication has printed anything about it.”

As soon as the actress dropped the bomb, the internet exploded with a backlash of negative comments. Dutta’s genuineness in the whole issue is being questioned because the incident took place a decade ago. People have already started concluding that it is an attention-seeking attempt and her allegations are fabricated. The fault-findings are pouring in, mostly because Nana Patekar is a celebrated actor and is idolized for his contribution to the Indian cinema. His fans aren’t able to bear with the accusations pitched against him. They are profusely pointing out at the timeline of the abuse and are painting an unsporting image of the actress.

What people are missing out on…..

There is evidence that the actress tried to bring the issue to light ten years ago too. She was branded as ‘unprofessional’, her car was vandalized and she had to bid goodbye to the project.

Janice Sequeira, anchor of the famous talk show- Social Media Star vividly came out in support of Dutta. She said that she is a witness to the incident and fully favours the actress’s concern. Janice showed her support by posting a twitter thread giving out detailed information about what happened that day on the set.

Some incidents that take place even a decade ago remain fresh in your memory. What happened with #TanushreeDutta on the sets of “Horn Ok Please” is one such incident – I was there. #NanaPatekar

Here’s how veteran actor Nana Patekar reacted on the allegations.

‘What does she mean by sexual harassment? We were on the set and 50-100 people were sitting in front of us.’ He further added that he is considering taking legal actions against the actress and that the controversy won’t be a hindrance to his life and he will continue to do what he has been doing.

According to the actress, few others were also party to the harassment.

There are a few other popular names on which Dutta has pinned the blame. One of which is Ganesh Acharya, the choreographer of the song in which Nana Patekar is said to have demanded unwelcoming advances such as the incorporation of intimate dance steps. Filmmaker Vivek Agnihotri is also accused of inappropriate sexual innuendo.

Celebrities’ hands down support to the actress.

Many celebrities from the film industry are speaking in favour of the actress.
Here are some of them-

This thread is very telling. @janiceseq85 was there at the time of the incident being debated today. Even when #TanushreeDutta had career concerns to keep quiet 10 years ago she did not & her story hasn’t changed now. Her courage should be admired, not her intention questioned. https://t.co/Ola3MNdmtS

Please read this thread before judging or shaming #TanushreeDutta a working environment without harassment and intimidation is a fundamental right and by speaking up this brave woman helps pave the way towards that very goal for all of us! https://t.co/f8Nj9YWRvE

This should stop the speculation .. about the intention of the survivor https://t.co/1R9Zs12DIM

What defines harassment in a workplace?The fact that many industry wives/girlfriends are silent observers or instigators, when actor husbands destroy the actresses careers after the chase and flirtation is over,have them replaced with other potential targets?

“Tanushree made it clear that she was uncomfortable with a certain step in the dance and did not like Nana’s gesture/touch during that step. Even if Nana’s intentions might not have been to molest her, couldn’t he, the director and the choreographer come up with a step that made her feel comfortable? Is the workplace meant for terrorizing people or about working in a healthy atmosphere? Would the film have suffered earth-shatteringly if the steps were changed so that an actor felt more comfortable?” Renuka Shahane wrote.

A displeased Dutta responded to the celebs–

Dutta responded to Priyanka Chopra who referred to her as a ‘survivor’ in her tweet by saying “Well, it’s amazing. She has finally decided to join the bandwagon. It’s probably a smart thing to do at this point in time. But I just want people to know that I am not going to be reduced to a survivor. I have a name, I have a story and I have this truth that I am trying to get out because it’s not for me but for people who will come forward in the generations to come.”

She was happy that Twinkle Khanna has lent support to her but said that she is taken aback by the fact that her husband, Akshay Kumar is still working with Nana Patekar in Sajid Khan’s Housefull 4.

In one of the interviews, Amitabh Bachchan was asked to comment on this issue, to which his reply was: “Neither is my name Tanushree Dutta nor Nana Patekar”.

Dutta lashed out at Bachchan by saying that

“I’m hurt, as these are people who do movies on social causes. They play roles in films and the audience applauds. But when it comes to standing up and doing something about what is happening in front of you, there are these evasive statements that don’t make sense.”

It is not news that women in nearly every industry do more damage to their career by speaking up against harassment than burying it in the sand. In a victim-shaming society like ours, speaking up is self-injury and the price paid in return is a seized career. But it feels like Bollywood is bracing itself for its #MeToo movement and Dutta has planted the ‘Weinstein effect’ in the industry. Apart from Dutta, actresses such as Radhika Apte, Richa Chadda, Swara Bhaskar and Konkana Sen Sharma have spoken about workplace harassment in the past but haven’t revealed names.

Bollywood needs to take a closer look in the way it functions and should not let the powerful men with inappropriate conduct jiggle away. Onlookers need to exercise their wheel of thinking and shouldn’t be driven by cognitive choices. At this stage of the controversy, taking sides doesn’t make sense but being sensitive towards a woman’s intentions to speak for herself does. We are hopeful that the revival of this issue after a decade would put sexism in Bollywood to an end or at least, become the wave of change.