Love affair, betrayal and murder- sounds like a plot of routine Bollywood thriller.  But surprisingly, these were the happenings of a controversial case called the “Tarakeswar affair”. During the 19th century, Bengal witnessed a ruthless decapitation of a woman by her husband. Why? Cause she cheated on him! Or was it a misunderstanding that led to this heinous butchery? Let’s get to the bottom of this scandal and find out.

Elokeshi, a sixteen year old wife of a government employee named Nobin Chandra, lived with her parents in a village of Bengal called Tarakeswar. Elokeshi’s husband was away for military when she approached Madhavchandra Giri—the head priest of Tarakeswar temple—for fertility medicine. The events took a shocking turn when the high priest allegedly seduced and raped her. Surprisingly, this turned into an affair between Elokeshi and the priest, ‘cause her parents backed up this illicit & shameful scandal. 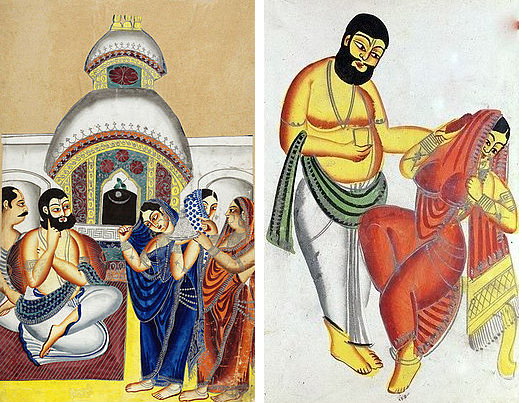 Left: Elokeshi (in blue sari) meets the mahant  for the first time
Right: The mahant offers Elokeshi childbirth medicine, to drug her before raping her
Source: Wikimedia Commons

When Nobin came back to the village, he was furious to learn about the affair. He confronted his wife, who confessed and begged for his forgiveness. Nobin forgave her and decided to leave the town with her, to get away from the controversy. But the priest didn’t let them escape and sent his minions to block their way out of the village. This tested Nobin’s temper and infused him with anger and jealousy. He couldn’t take control of his emotions and slit his wife’s throat with a knife, beheading her. 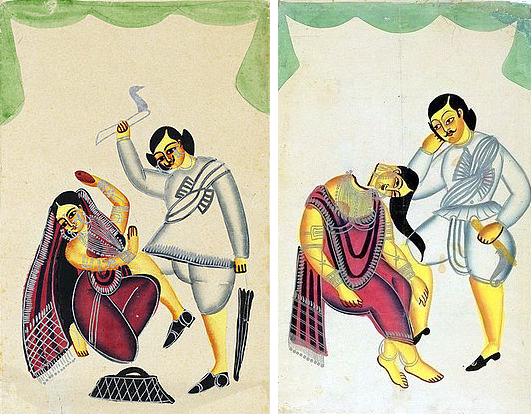 Nobin felt deep regret, surrendered to a local police station and confessed his crime. Soon, he stood in front of the council at Hoogly Sessions Court in West Bengal. They accepted Nobin’s plea of insanity and acquitted him, but a British judge forwarded the case to Calcutta High Court. There, it was established that Elokeshi, indeed had an adulterous relationship with Madhavchandra Giri and was seen flirting with him. The final decision of the high court charged both, Nobin and the priest—with Nobin getting imprisonment for life and the priest, for 3 years. 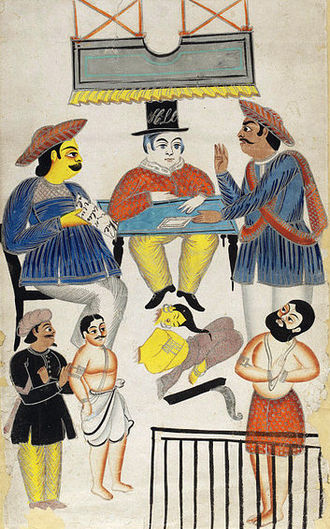 The trial of the Tarakeswar scandal
Source: Wikimedia Commons

How the public reacted?

As this scandal took place in the late 1800s—when marriage was governed by ancient principles, people’s judgments and reactions on the “Tarakeswar affair” varied widely. A large section of the society thought that it wasn’t appropriate of Nobin to forgive her guilty wife. Although, her murder by him was deemed justifiable. A few thought that Nobin was a devoted husband, while there were some who thought that he was promiscuous and had a mistress. Nobin was released after two years due to the public outrage.

Tarakeswar affair inspired many Kalighat paintings, plays and TV shows. Majorly they focused on a corrupted priest, who took advantage of young women. He was shown as the root cause of Elokeshi’s death. Also, her death was shown to be inevitable and was backed by the fact that she had to be killed by Nobin to protect his honour. Some plays showed the priest seducing women who came to him for fertility medicine and taking them hostage. They were later raped and then sent to the brothels of Tarakeswar. Many paintings and wooden cutouts show Madhavchandra Giri as a lecher and the temple of Tarakeswar as the “house of pimps”.

18 Famous People from Maharashtra India Is Thankful For!