An American singer-songwriter, Taylor Swift has been one of the popular figures in contemporary music known for her narrative songwriting. She is one of the best selling music artists of all time with a total sales of over 200 million records worldwide. Her life, journey, work, songs and Taylor Swift quotes have become popular amongst the audiences.

Taylor Swift has won several notable awards and accolades across the years which include 10 Grammy Awards and an Emmy. He has also seven Guinness World Records to her name. She has been ranked amongst the 100 most influential people in the world by the TIMES Magazine in 2010, 2015 and 2019. She was also named as the Woman of the Decade (2010s) by Billboard and the American Music Awards named as the Artist of the Decade (2010s).

Also read: 20 Eminem Quotes That Inspire Us To Never Back Down

We bring you some of the best Taylor Swift quotes about life, love and music.

1. People haven’t always been there for me but music always has. – Taylor Swift 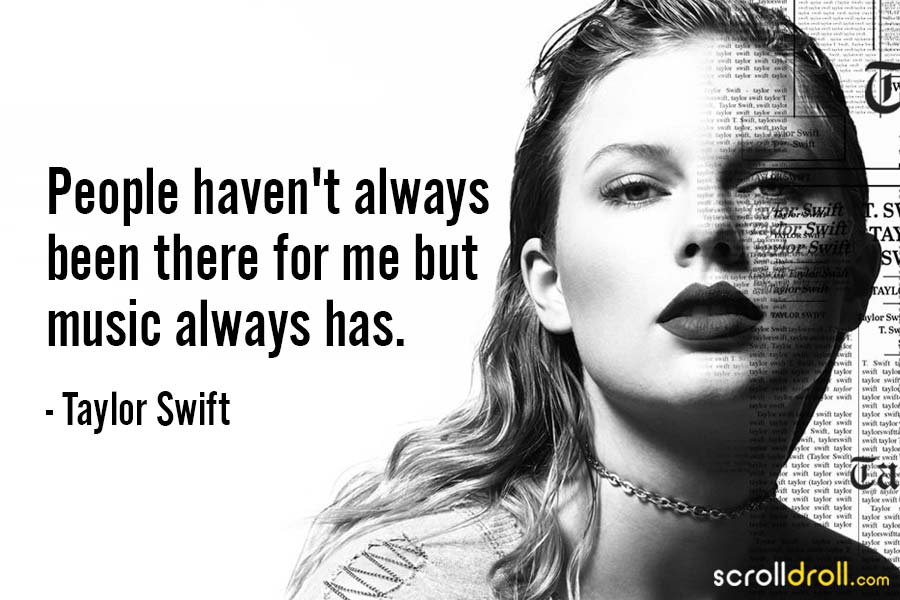 2. I suffer from girlnextdooritis where the guy is friends with you and that’s it. – Taylor Swift 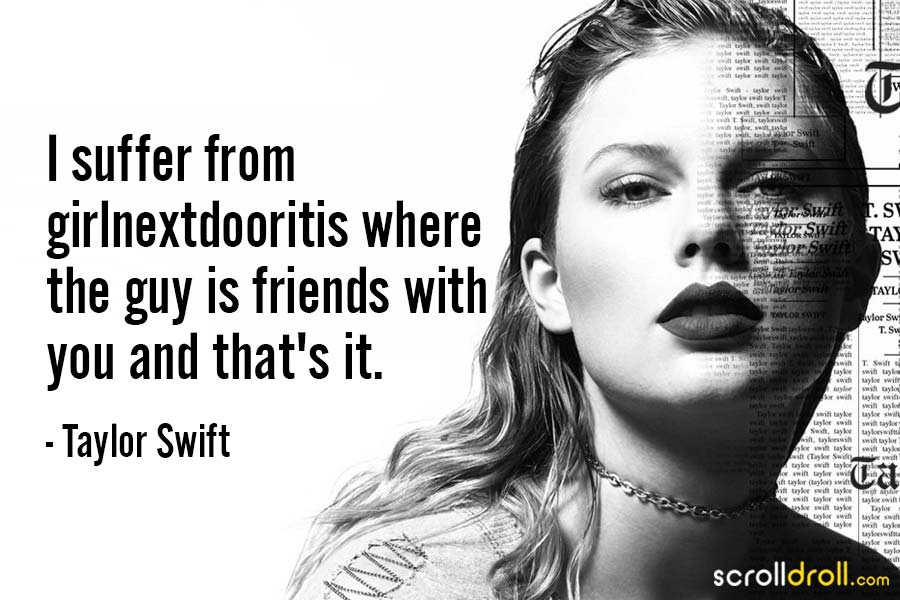 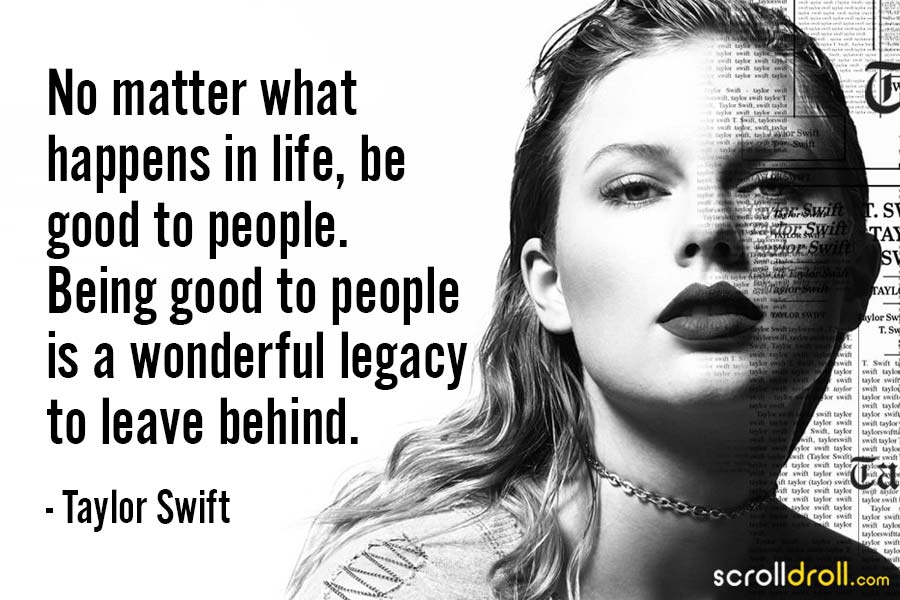 4. I never want to change so much that people can’t recognize me. – Taylor Swift 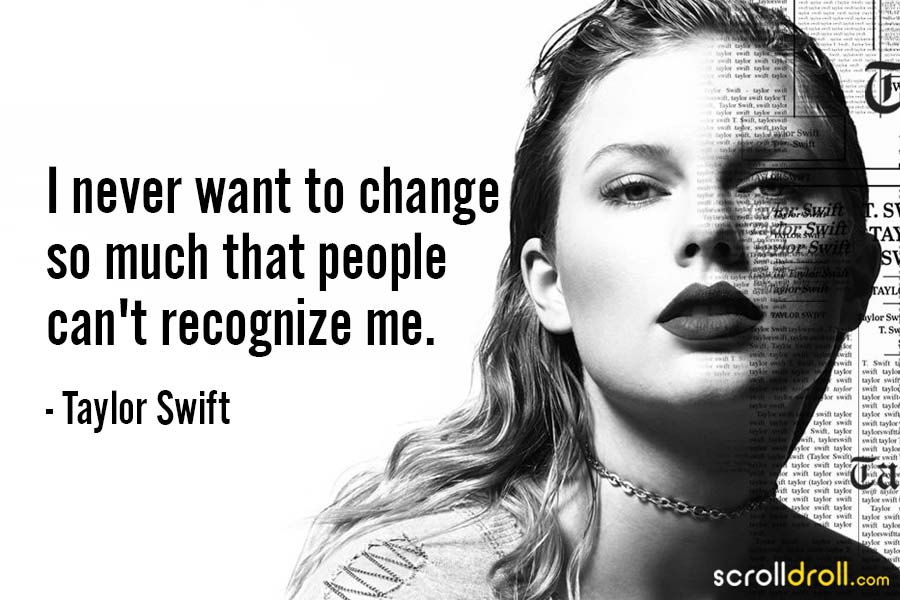 5. I’m intimidated by the fear of being average. – Taylor Swift 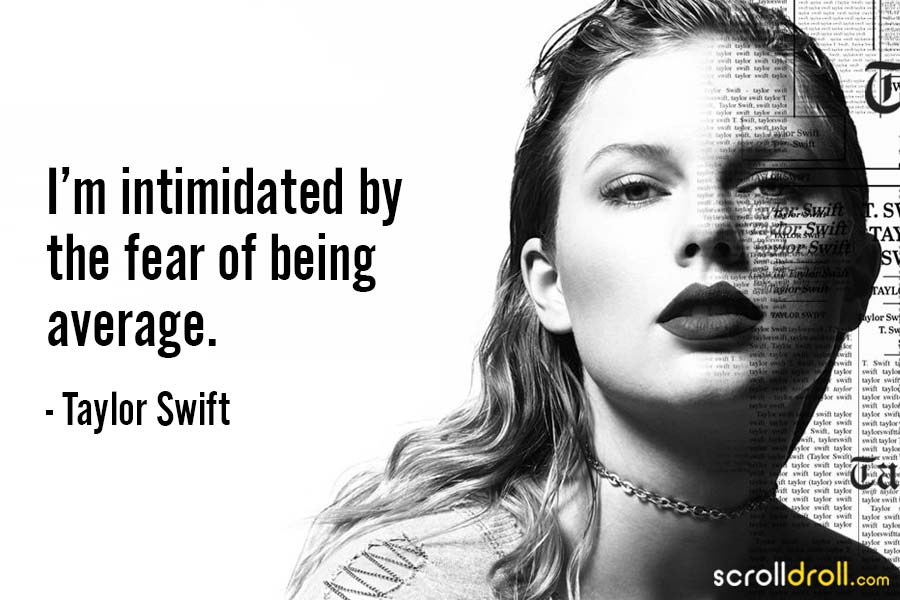 6. Just be yourself, there is no one better. – Taylor Swift 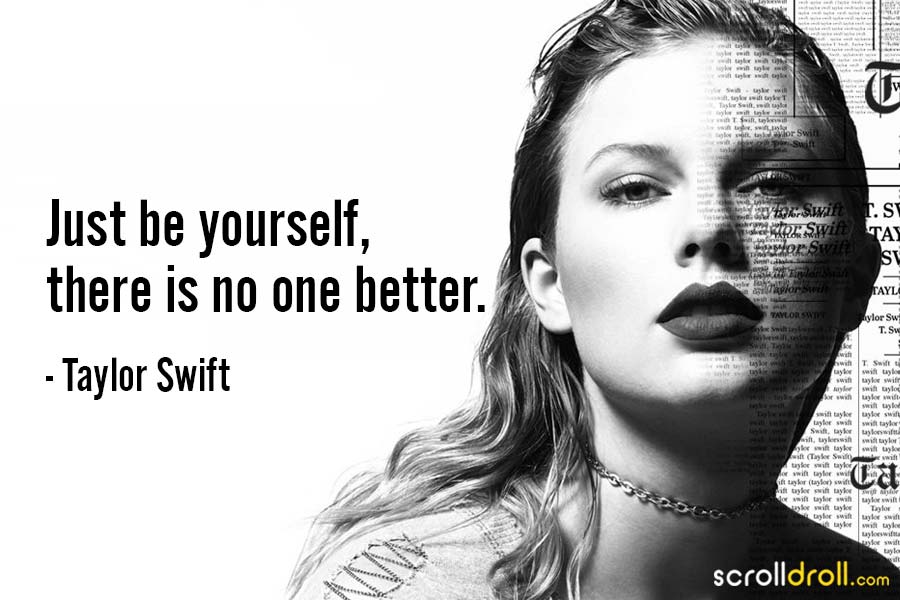 7. The lesson I’ve learned the most often in life is that you’re always going to know more in the future than you know now. – Taylor Swift 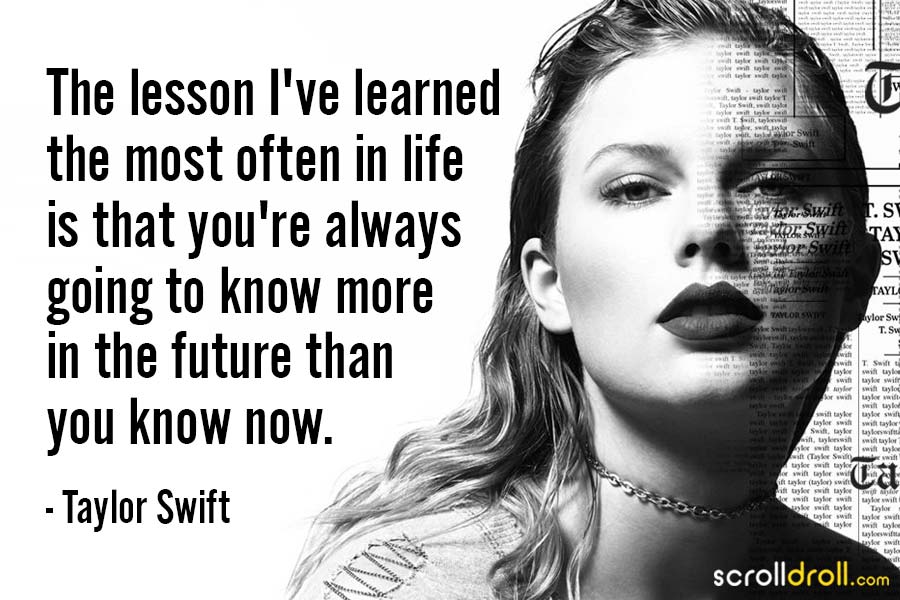 8. There’s more to life than dating the boy on the football team. – Taylor Swift 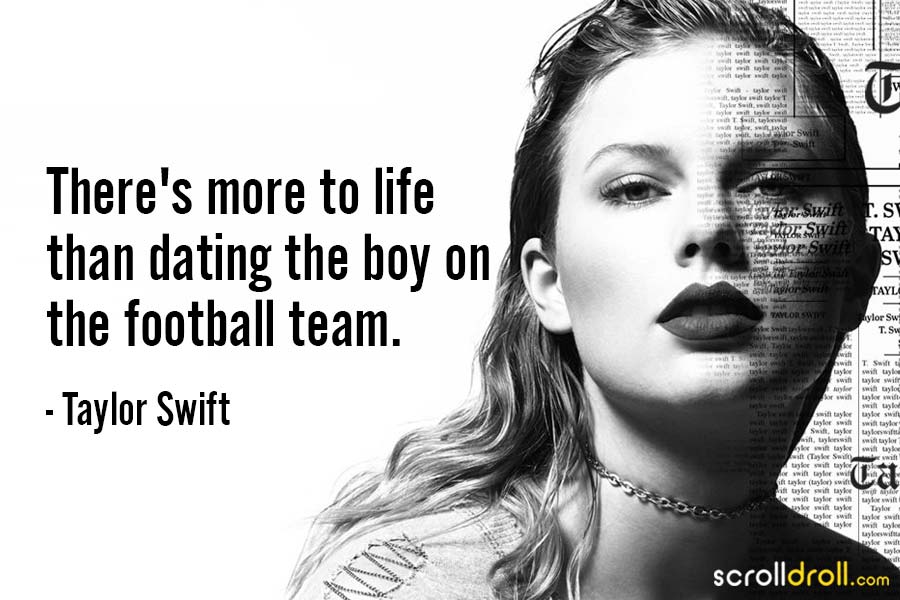 9. If you’re horrible to me, I’m going to write a song about it, and you won’t like it. That’s how I operate. – Taylor Swift 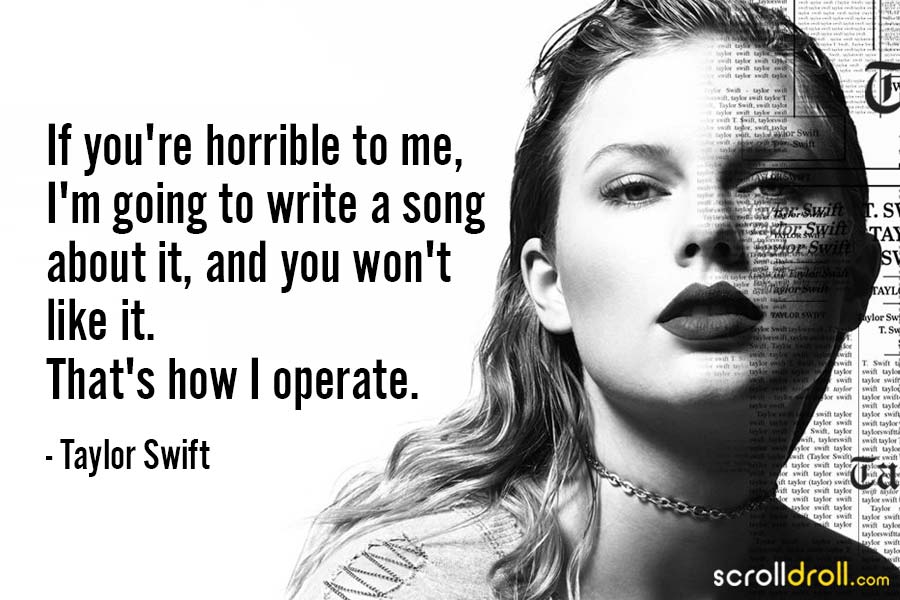 10. The way you walk, way you talk, way you say my name; it’s beautiful, wonderful, don’t you ever change. – Taylor Swift 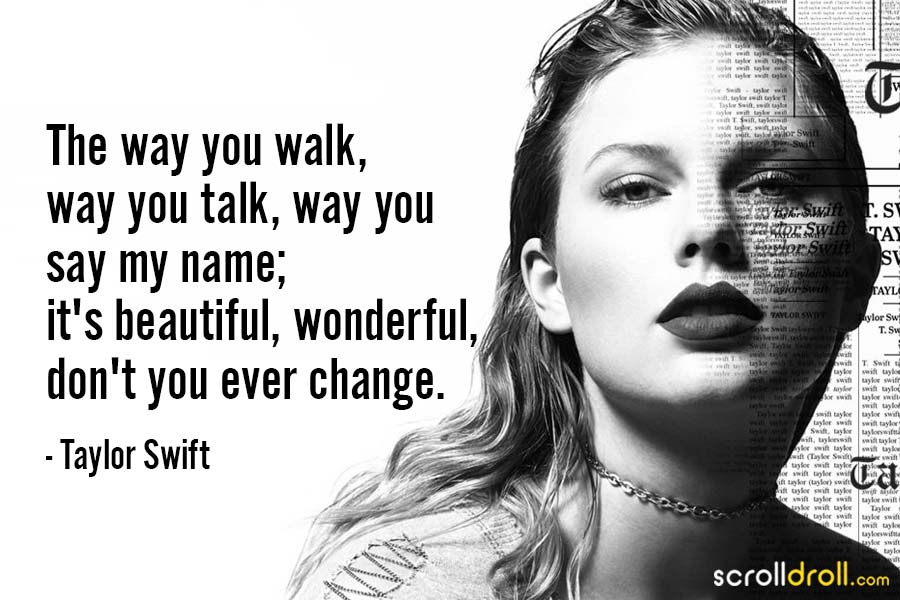 11. Life is a ruthless game unless you play it good and play it right. – Taylor Swift 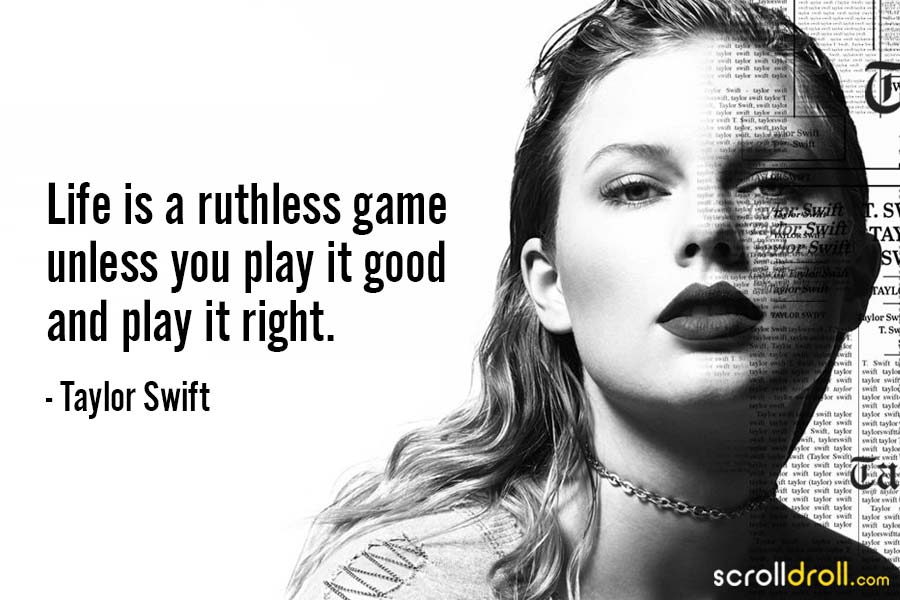 12. Never believe anyone who tells you that you don’t deserve what you want. – Taylor Swift 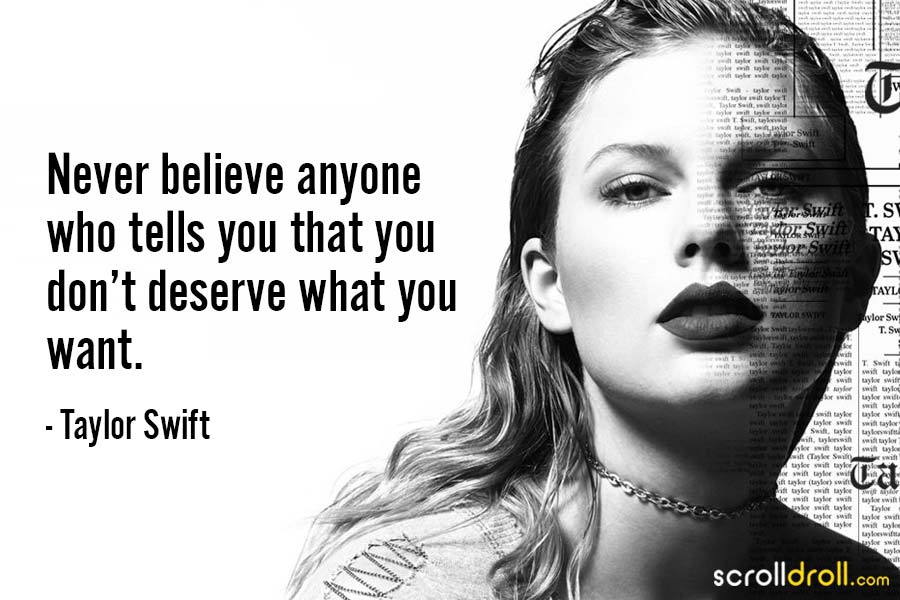 13. You are not the opinion of someone who doesn’t know you. – Taylor Swift 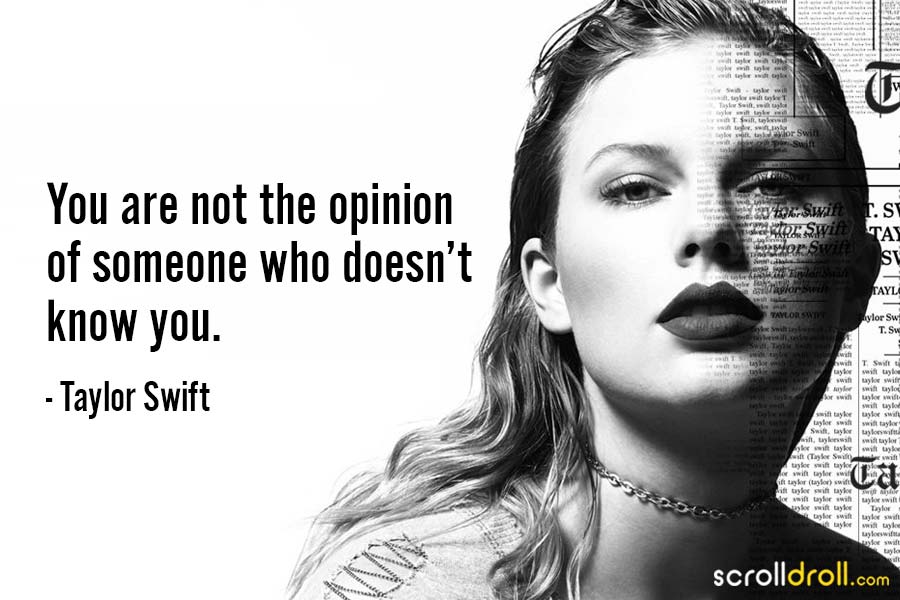 14. There are two ways you can go with pain: You can let it destroy you or you can use it as fuel to drive you – Taylor Swift 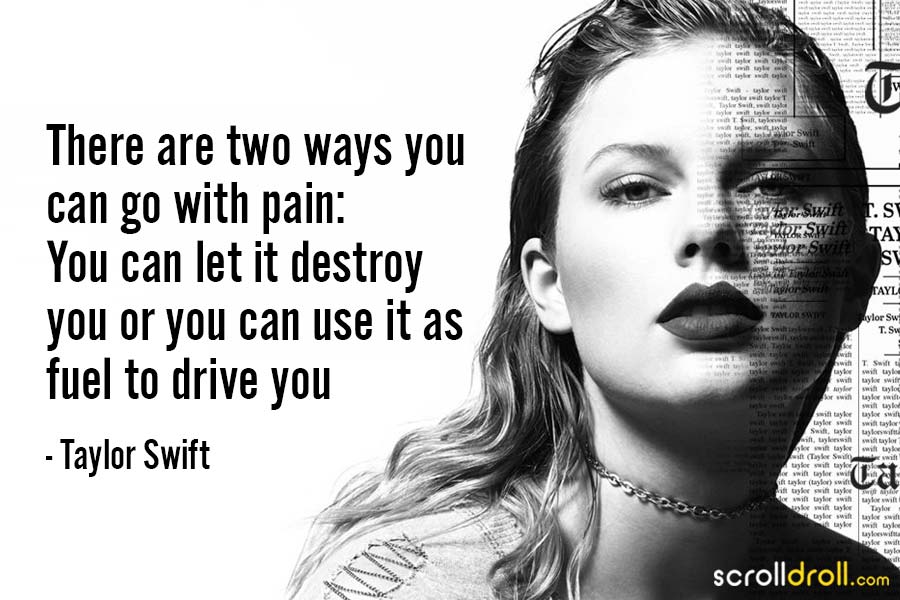 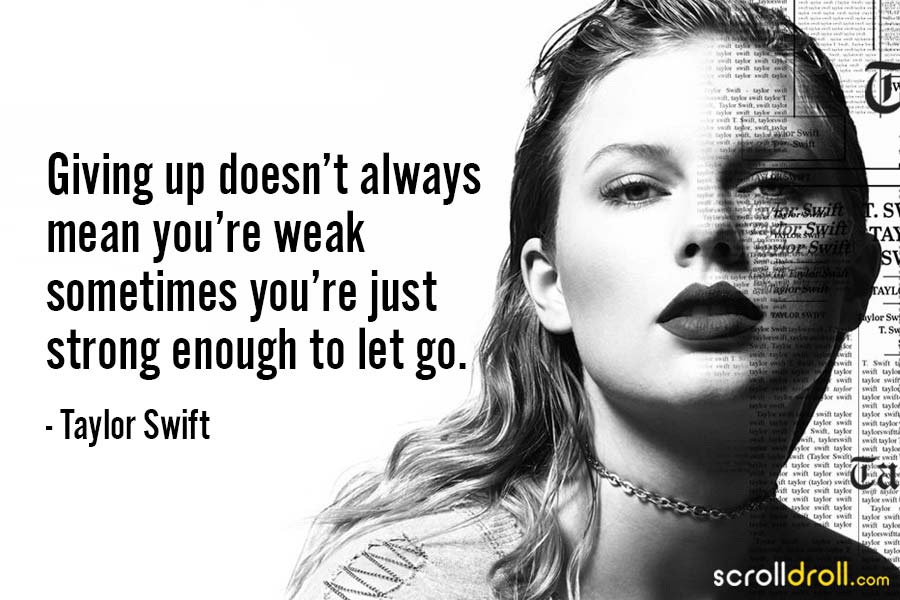 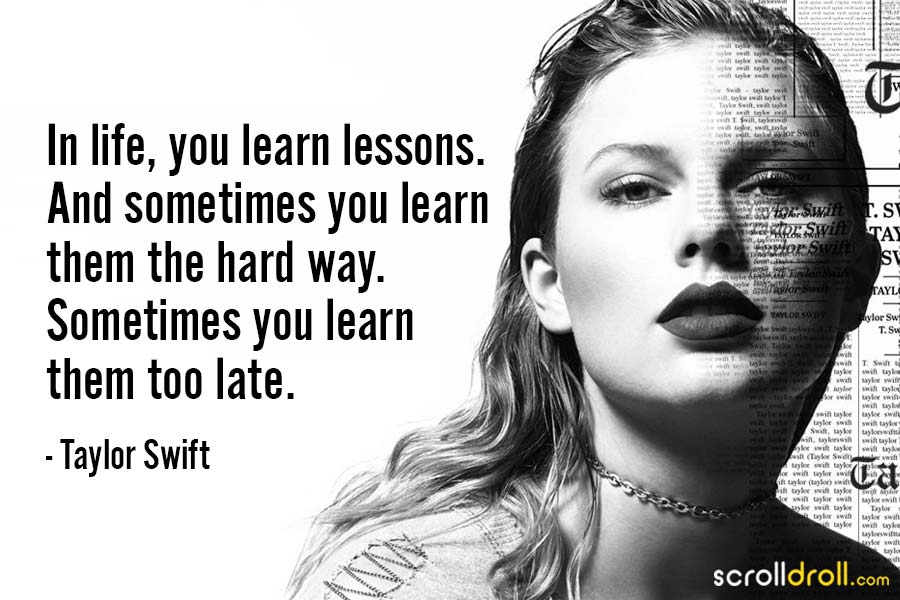 17. I’ve found time can heal most anything and you just mind find who you’re supposed to be. – Taylor Swift 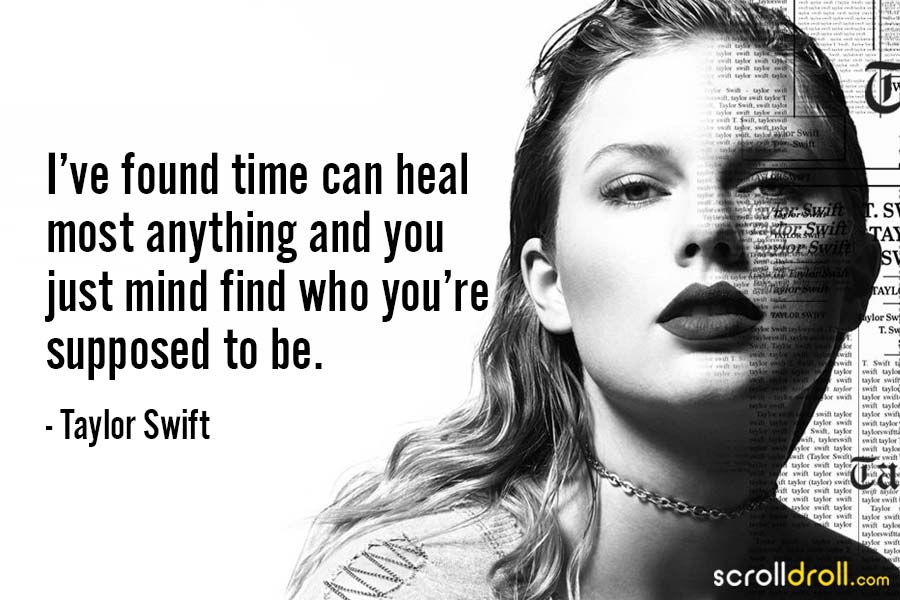 18. If you’re yelling you’re the one who’s lost control of the conversation. – Taylor Swift 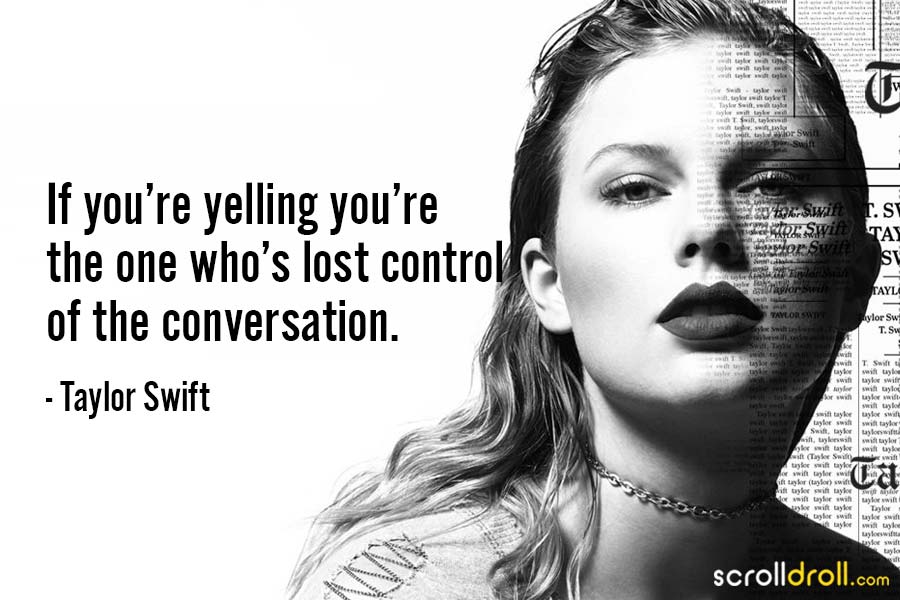 19. Anytime someone tells me that I can’t do something, I want to do it more. – Taylor Swift 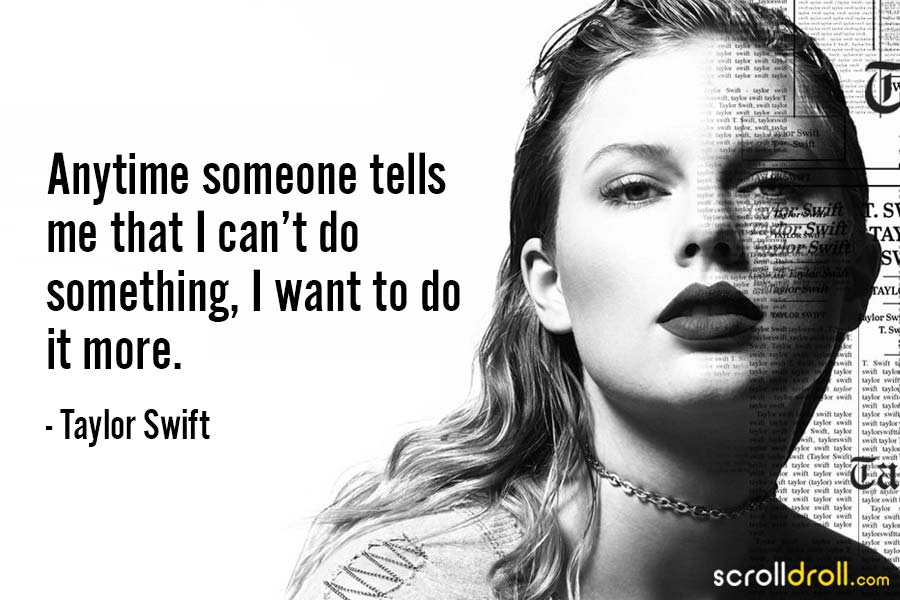 20. Life isn’t how to survive the storm; it’s about how to dance in the rain. – Taylor Swift 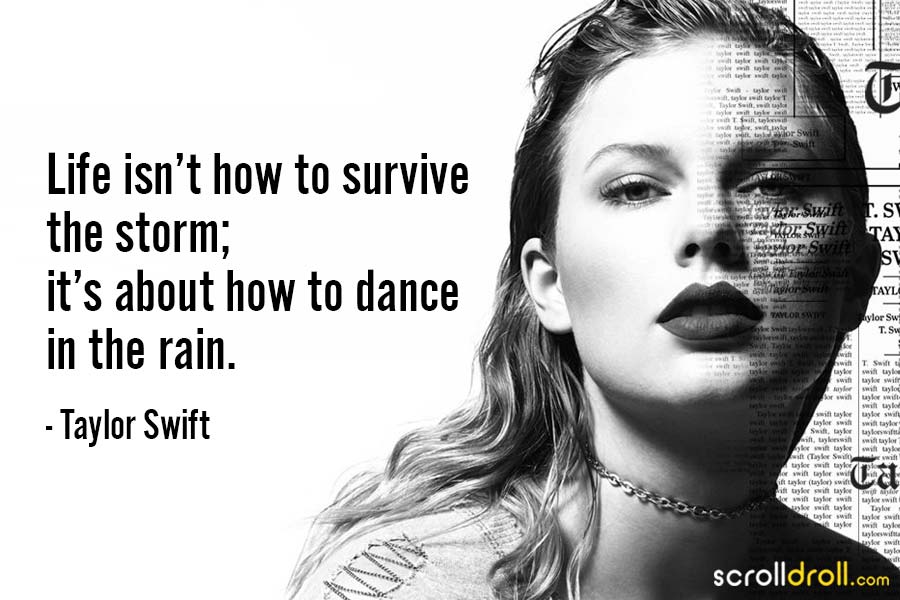 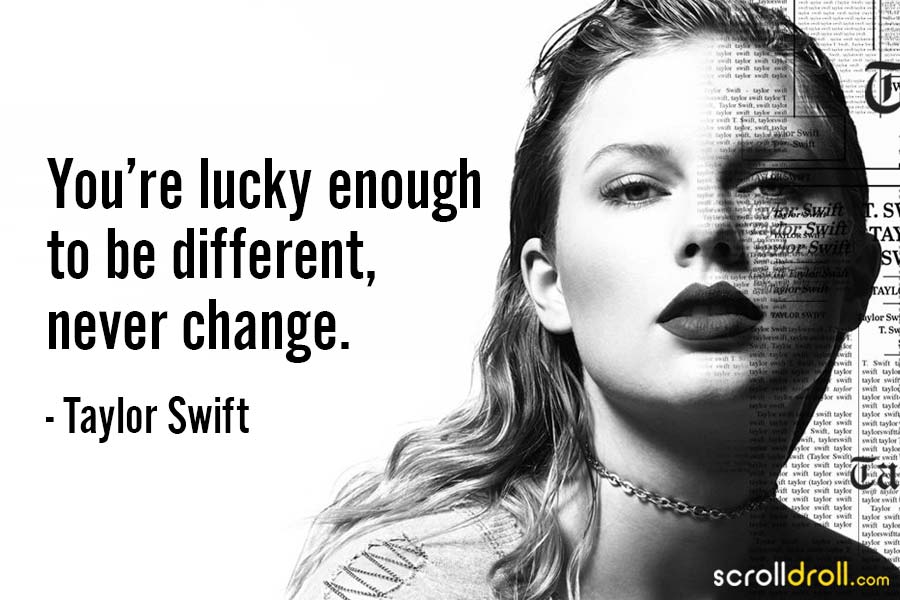 22. I’ve always strived to be successful, not famous. – Taylor Swift 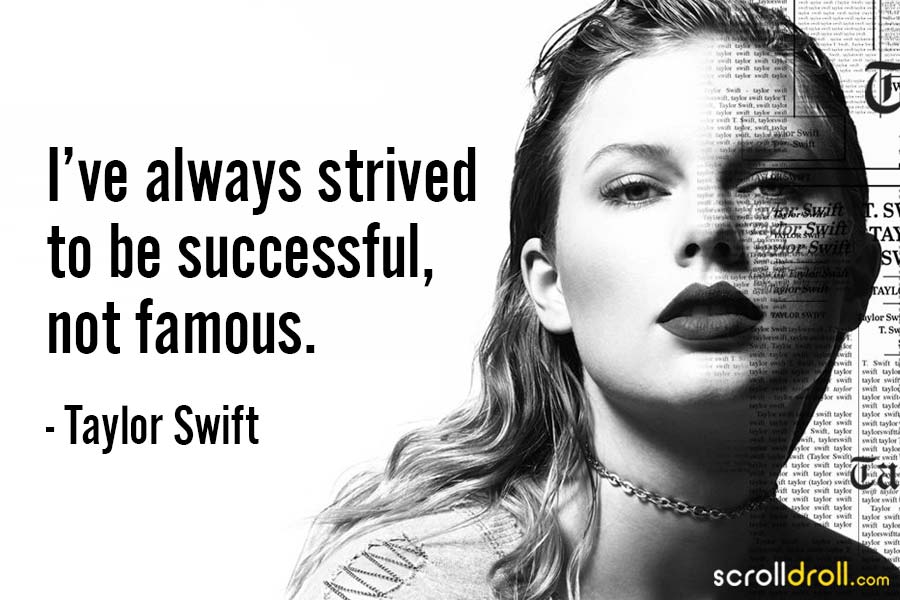 Also read: 12 Wonderful Music Quotes That Capture The Beauty Of It!

Which of these Taylor Swift quotes is your favorite? Do let us know in the comments below!