The Earth & Nature are Sacred. Protect It!

We have received boundless and endless nourishment from the bounty of nature over hundreds of years. We have exploited the environment of the rich resources that it had gracefully and selflessly offered to us to near-depletion. In the name of development and progress, we have ignored the fact that the only survivable place in this entire universe is slowly dying and we are doing nothing about it. Our culture has led us to deify all major elements of the earth. We worship nature and give it a god-like stature. But still, the constant exploitation of mother Nature and the resulting pollution presents a completely different picture. On the occasion of World Environment Day, let us have a look at the dire condition that we have left our sacred natural bodies in.

1. The river Ganga has been a part of our religious and mythological history for years now. It is believed that a dip in the holy Ganges has the power to rid one of all their sins. Even after death, Hindus have a practice of submerging the ashes of their deceased loved ones in the river for salvation. But today, this holy river is the 6th most polluted river in the world. The pious life-giver has now been adulterated with industrial and domestic waste. Although many government and non-government programs have been initiated for making the river Ganga pollution-free, active involvement from the people is necessary for an effective change. 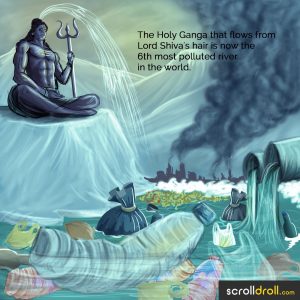 2. There are several mythological stories that have shown the oceans as the abode of Gods, the most popular among them being Lord Vishnu. Oceans are home to several living creatures and plants, most of which are endangered. The rate of plastic pollution, oil spillage, and unprocessed waste disposal has taken a toll on the water bodies. The once beautiful oceans have now turned into a toxic pool of death and diseases. Hundreds of sea creatures die every day, biodiversity has been badly affected. It is high time that we should take some action. 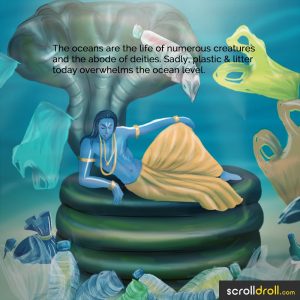 3. Poaching is such a cruel and heartless exercise that represents nothing but greed and gluttony. Be it lions, tigers, elephants, or rhinoceroses, animals are being killed for their body parts in the most ruthless manner possible. Ours is a culture that has always valued the lives of all creatures. In this anthropocentric world, why are we giving up our values and choosing to hurt and kill animals? Let’s try and be a little less greedy and more empathetic. 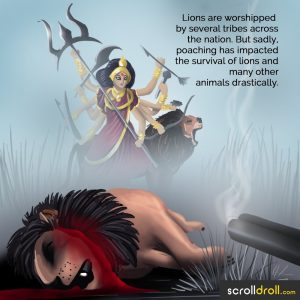 4. We were taught in school that “Cleanliness is next to Godliness”, but are we really living up to that proverb? The Swachh Bharat initiative from the government has really been an effective step towards encouraging people to keep the environment clean. But we need to take it a step further. Genuine and sincere individual effort is all that it takes to keep our surroundings clean. 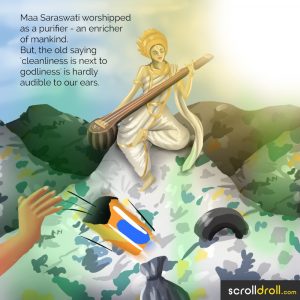 5. Air pollution has been a consistent problem throughout the last few decades. The situation is so bad that almost 75% of the people of India live in areas that do not have the required air quality standard. This problem is simply worsening. With the gradual depletion of the Ozone layer and the consistent smog in some of the major cities of India, deadly air-borne diseases should not be a surprise to us in the near future. Already, almost 12.5% of all deaths in India are due to air pollution. 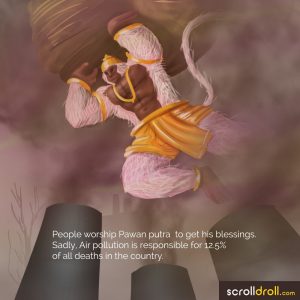 Individual efforts are the only thing that can really bring about a positive change in the environment. It is rightly said that change begins at home. This World Environment Day, let us take a pledge to protect and preserve our environment not only for our future generations but also for ourselves. Nature is indeed sacred, it needs to be treated as such.