The First Avatar Of Some of The Most Popular Websites Today!

The Internet has become such an integral part of our lives that it is difficult to imagine a world that pre-dates it, even though many of us today did live in a world that pre-dated internet, or at least decently fast access.  From super fast downloads to online streaming and rich content, Internet has witnessed a metamorphosis in the last two decades. We take so much for granted today, not appreciating just how much easier things have become for us, thanks to the geniuses who have put together some of these near-perfect websites. Here’s us looking at the first versions of some of the most popular websites today.

A simple idea to create a platform to connect students is now one of the most popular websites in the world. Here is what the first version of Facebook looked like. 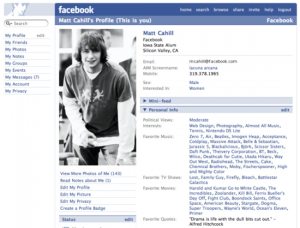 The most used website Google speaks minimalism in every word. Google’s founders Larry Page and Sergey Brim wanted to focus on only one thing, which was finding information and that’s what they did. This screenshot can really make you hear the god-awful noise that the dial-up connections made back in those days. 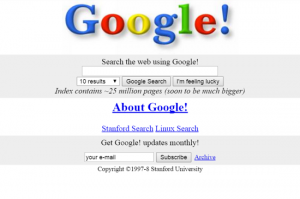 Like most other small companies Yahoo! Also started as a small project, which was to catalog all the websites they wanted to keep track of. Not very appealing to the eye, is it? 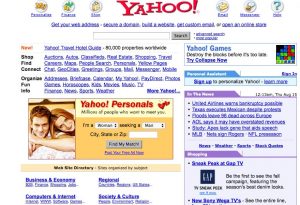 The website is now our go-to site for the latest videos and so much more. Didn’t look like this happening back in the day. We’re just glad it has stepped up its game now. YouTube predicted that the future was video, so now it gets to be one of the most popular websites on the internet. 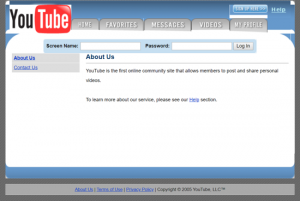 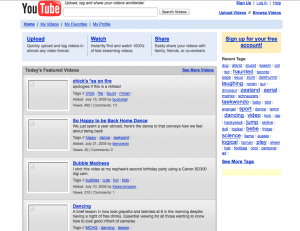 Amazon started as an online book-selling service, thus the geeky look justifies. But over the years, it has changed its look and for good. Now we are just glad to have the Amazon that has made all our lives so much more convenient. 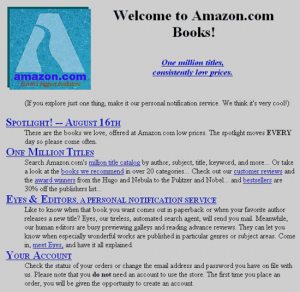 Apple.com – The futuristic company that finally took over the world actually looked like this when it was launched. 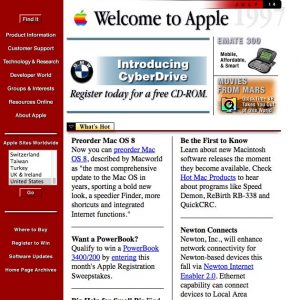 Tell us how you like this one, but in less than 40 characters! Twitter was earlier code-named Twttr, and we are so glad that didn’t work out because that’s probably what having a stroke sounds like. However, Twitter is the website that we have come to love (and hate, if we’re being honest), making it one of the most popular websites we visit. 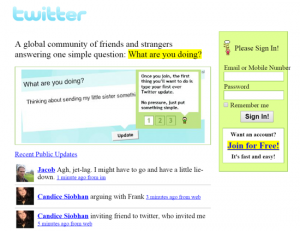 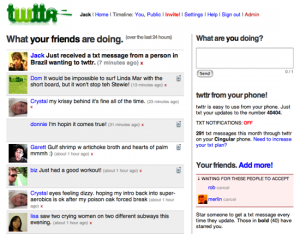 For all of us creatives out there, Pinterest has made our lives just so much easier and how! Pinterest brought the savviest mood-boards to our fingertips, and I don’t think any of us can go back to a time when it didn’t. 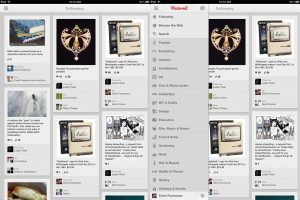 While Instagram is the only entry here that is primarily an app, a lot of us do frequent its website as well, which, by the way, only came out much later than the app – making Instagram a truly modern social network today. 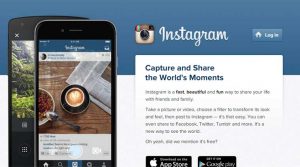 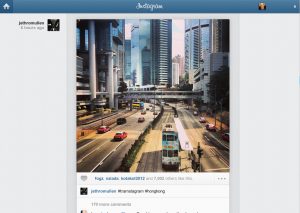 Reddit has mostly remained the same throughout the years, and only went through a revamp some years prior, but the change was drastic enough for its loyal base of users who desperately tried to go back to the earlier, simpler version. 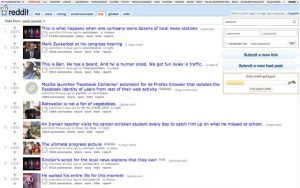 So how cool are these first versions of the most popular websites? Tell us in the comments below which website you visit the most!

How to Put the Money in Joker slot to Engage Games?

How to get free mp3 music downloads using Snaptube