One of the most critically acclaimed and loved movies recently, The Joker tells the story of Arthur Fleck, a failed stand-up comedian who suffers from a medical disorder. His story and how he was treated by the society is a harsh reflection of today’s society.  In a world with ever increasing bullying, trolling, apathy and hatred, this movie is as relevant to today’s society as it could be. Joaquin Phoenix’s performance and powerful dialogues in The Joker rightly earned him the Best Actor Academy Award.

We bring you the 20 best dialogues and The Joker quotes from this amazing movie. 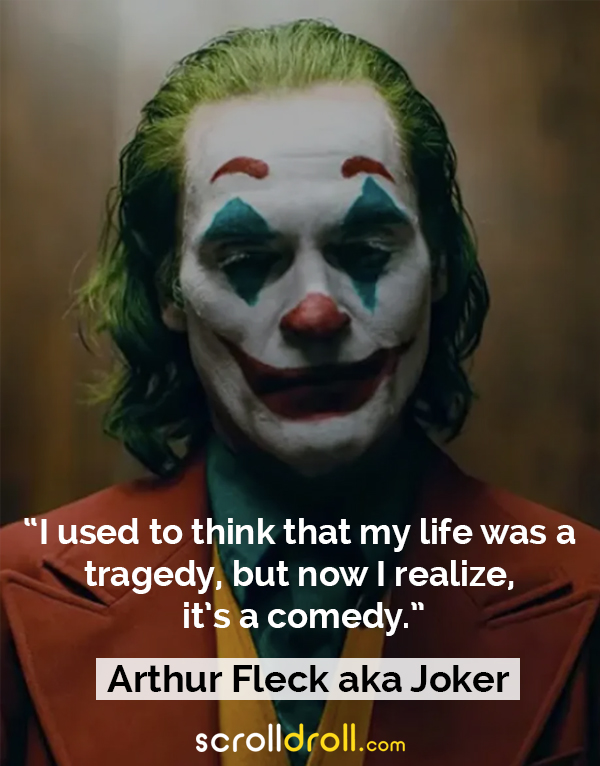 2. “My mother always tells me to smile and put on a happy face. She told me I had a purpose: to bring laughter and joy to the world.” 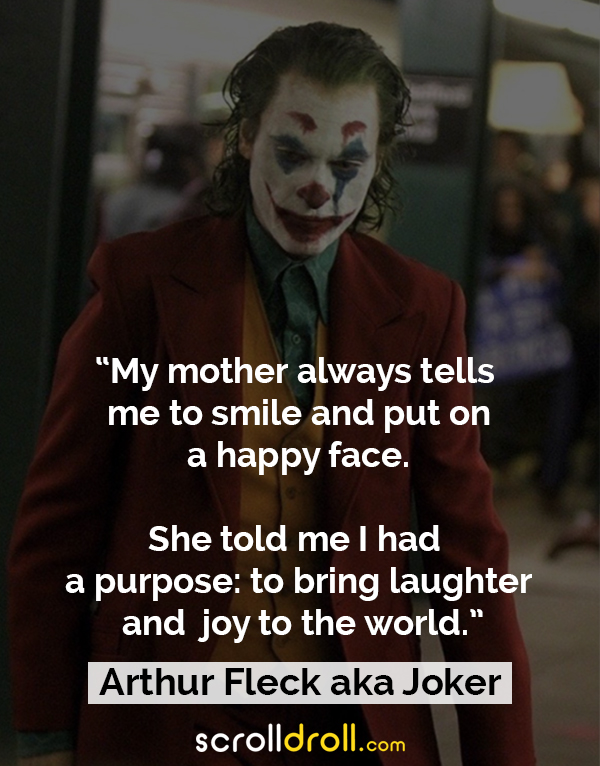 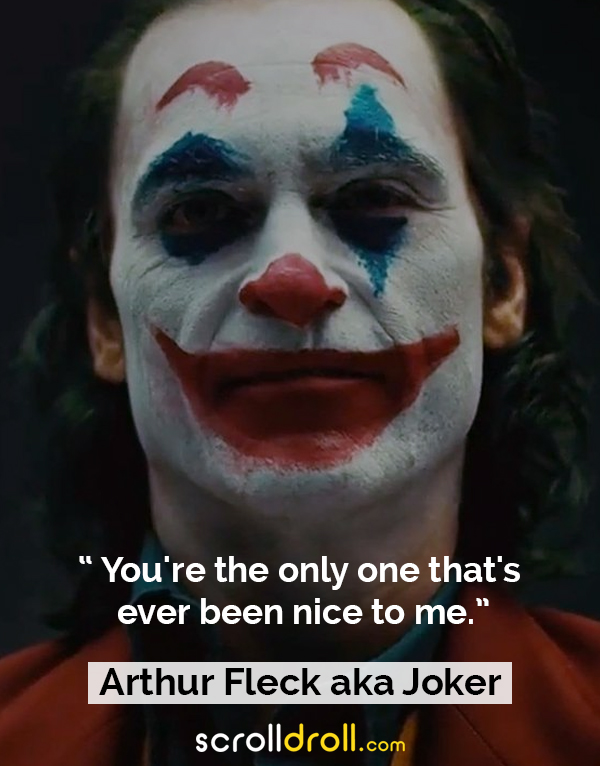 4. “All I have are negative thoughts.” 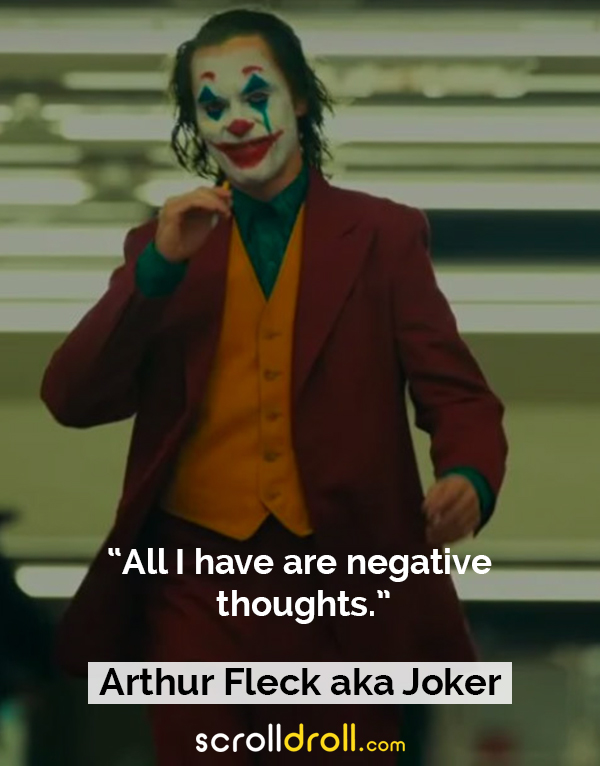 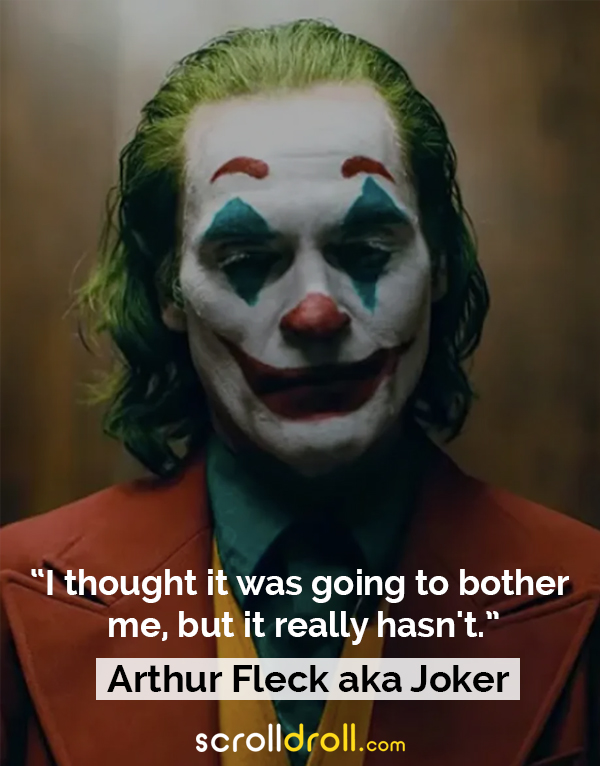 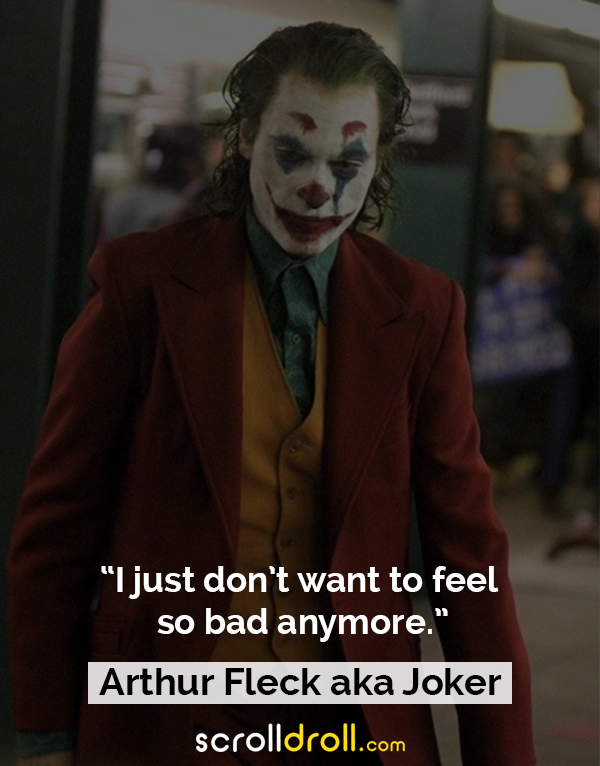 7. “When you bring me out, can you introduce me as Joker?” 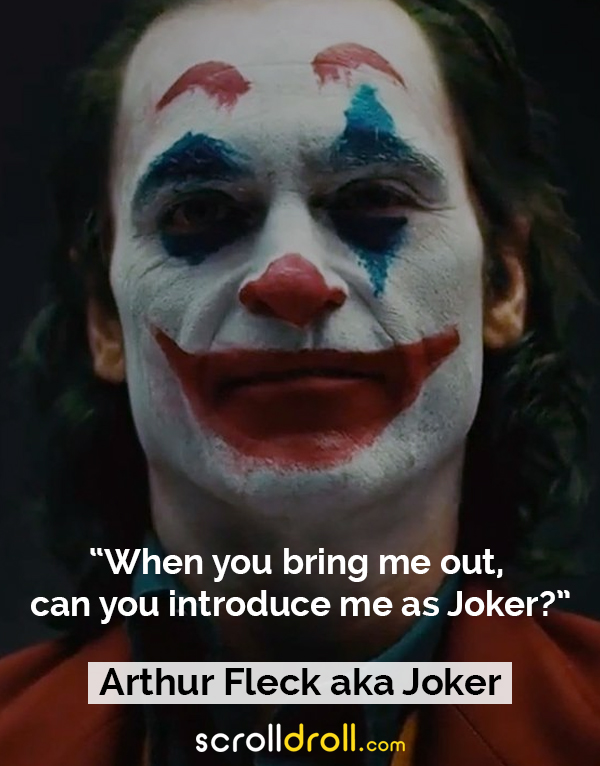 8. “What do you get when you cross a mentally ill loner with a society abandons him and treats him like trash? You get what you fuckin’ deserve!” 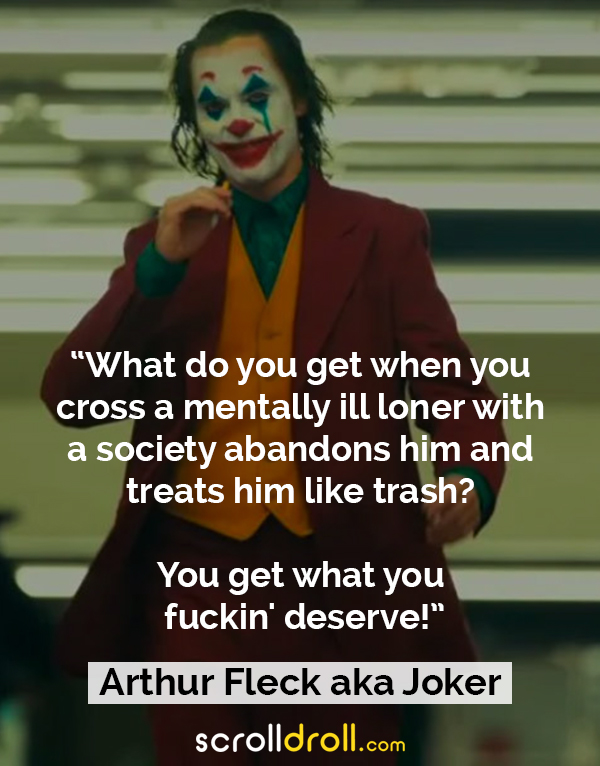 9. “The worst part of having a mental illness is people expect you to behave as if you don’t.” 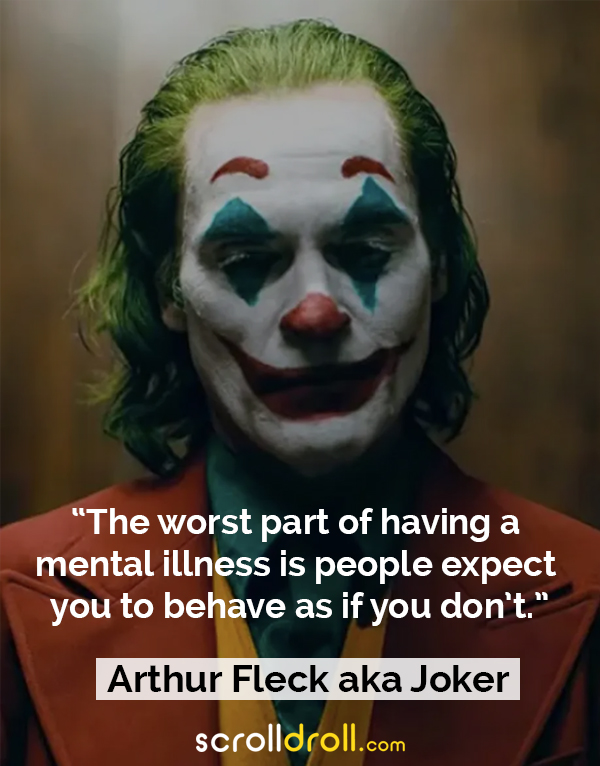 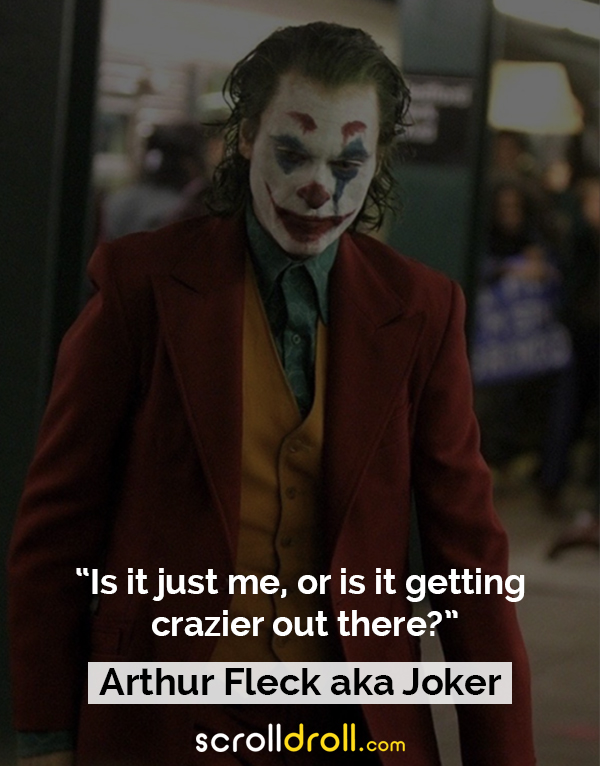 11. “Have you seen what it’s like out there, Murray? Everybody just yells and screams at each other. Nobody’s civil anymore! Nobody thinks what it’s like to be the other guy.” 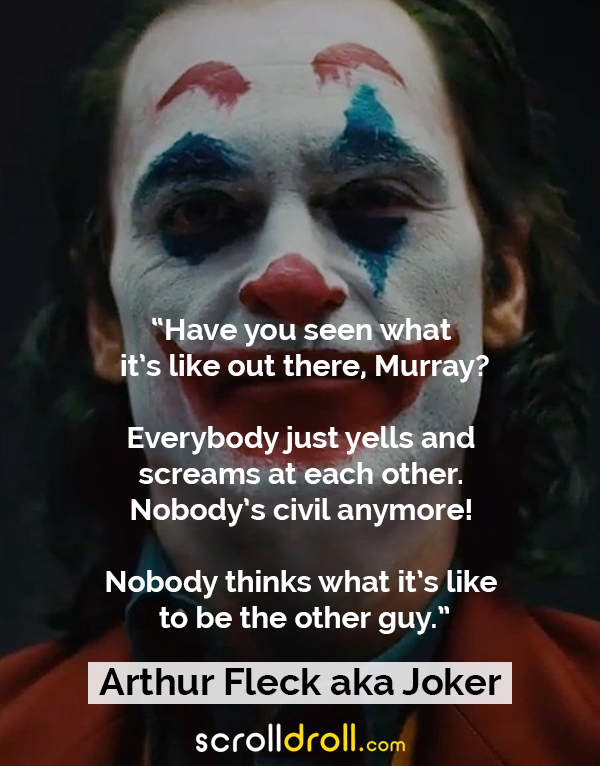 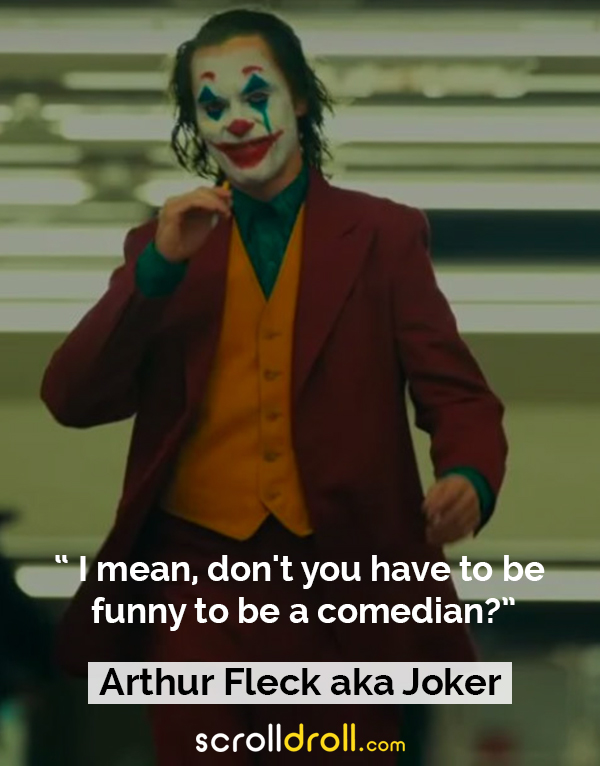 13. “For my whole life, I didn’t know if I even really existed. But I do, and people are starting to notice.” 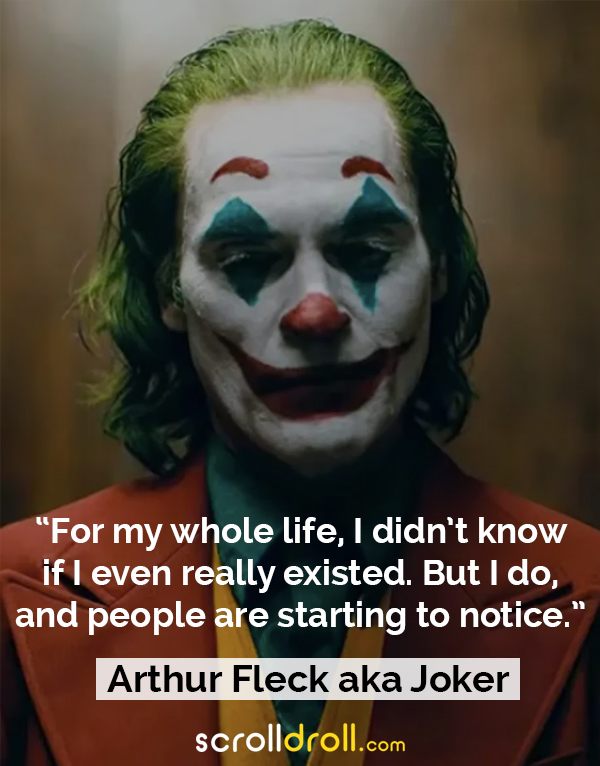 14. “I think I felt better when I was locked up in the hospital.” 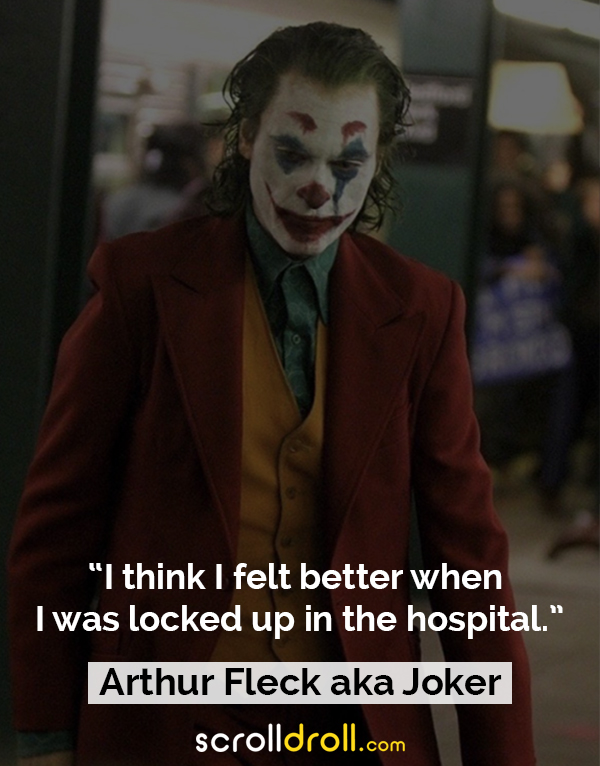 15. “Everybody is awful these days. It’s enough to make anyone crazy. If it was me dying on the sidewalk, you’d walk right over me. I pass you everyday and you don’t notice me!” 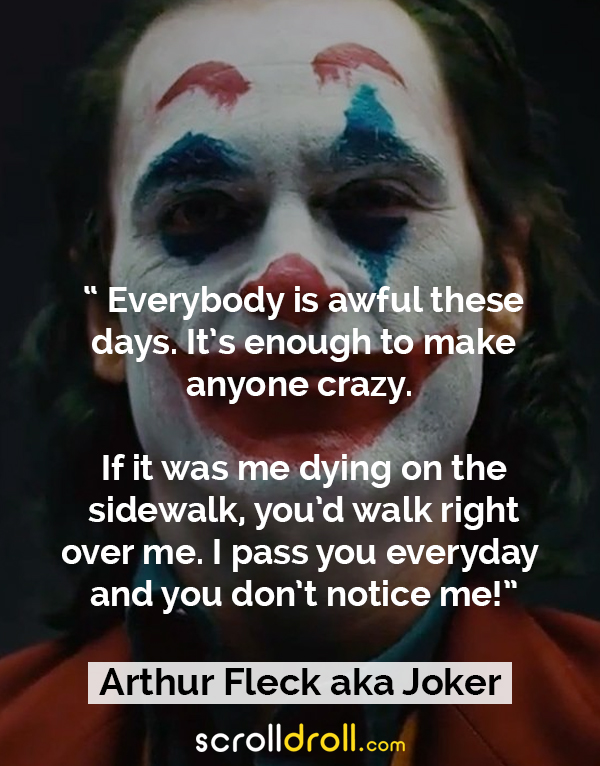 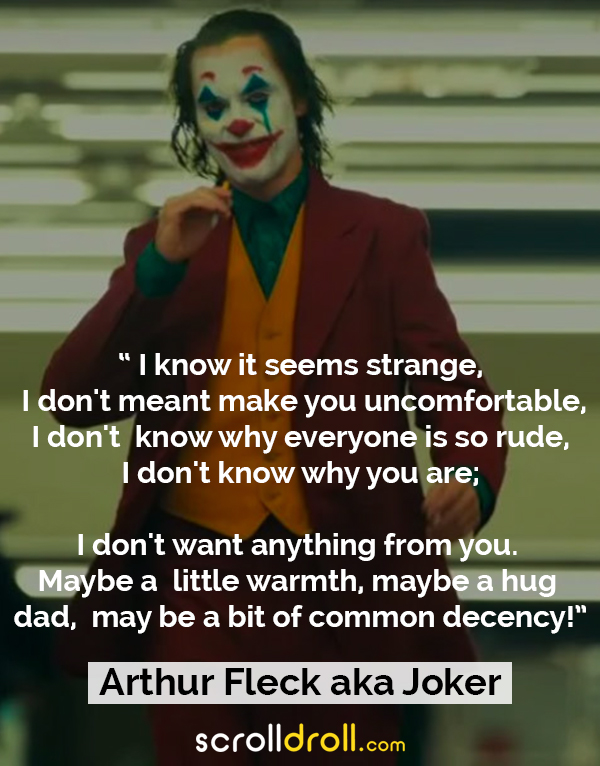 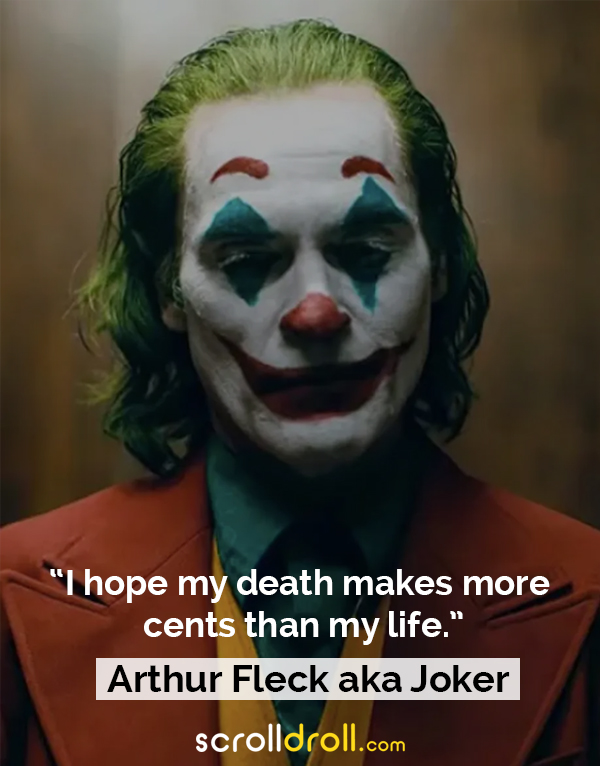 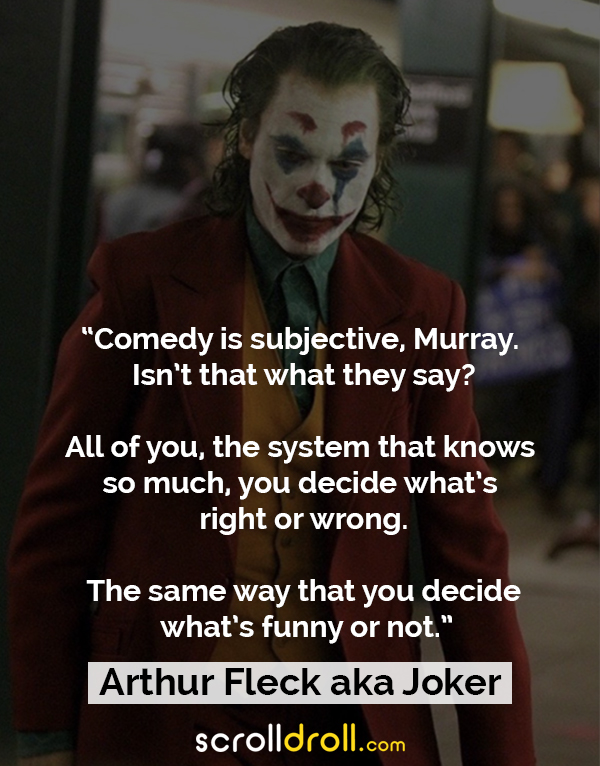 19. “ I’ve got nothing left to lose. Nothing can hurt me anymore. My life is nothing but a comedy.” 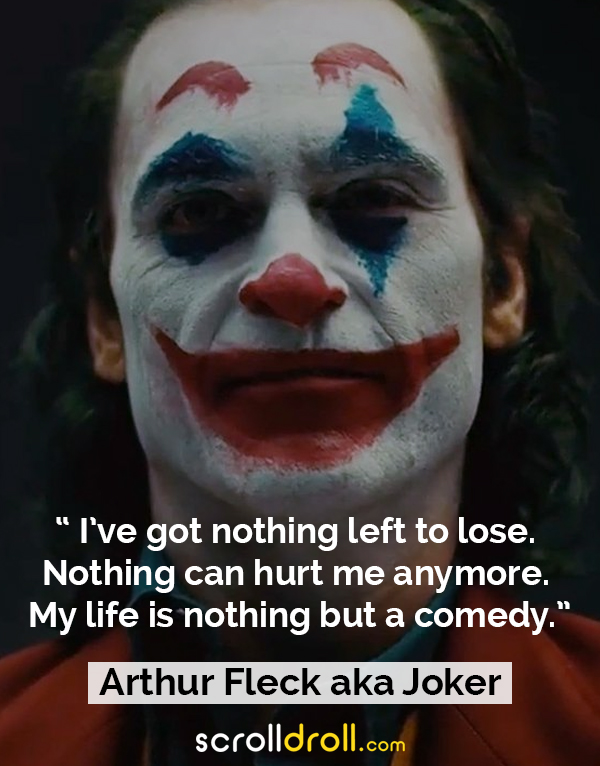 20. “But, you know, this stuff, the lights, the show, the audience, all that stuff, I’d give it all up in a heartbeat to have a kid like you.” 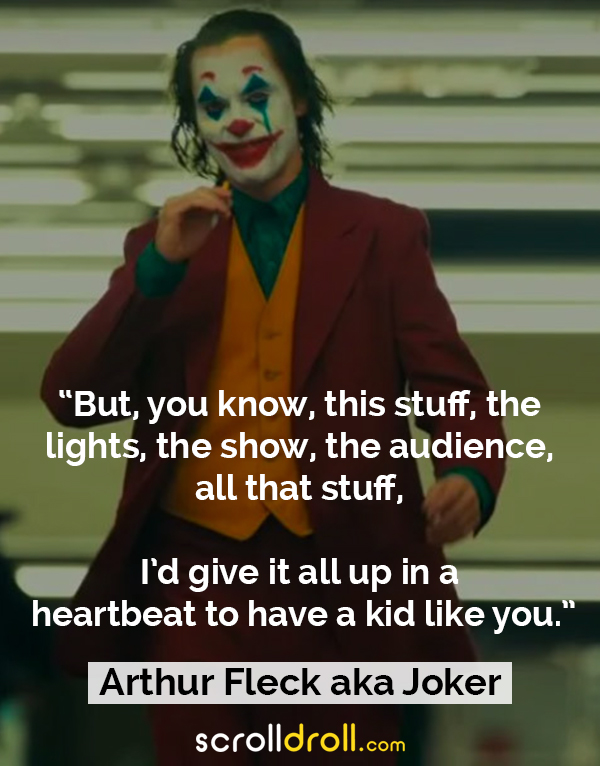 These quotes from ‘The Joker’ would definitely hit you hard and stick with you. Has any quote from The Joker haunted you even after the movie was over. Do let us know in the comments below!

13 Dialogues From Dabangg That Are Absolutely Badass