It is no secret that India has a tumultuous past (and present) when it comes to caste hierarchy. Time and again, violent protests have erupted throughout India because of the opressive humiliation lower castes have had to go through at the hands of the upper castes. One such incident relates to the the Breast Tax of Travancore, and the story of Nangeli that is associated with it.

Before 1924, lower caste women were charged with breast tax in the Kingdom of Travencore if they covered their breasts.

Before 1924, the Kingdom of Travancore used to tax lower-caste women if they would cover their breasts. They were supposed to bare their breasts as a sign of respect to the upper castes.

This tax was charged unto women as soon as they came of age and started developing breasts. The amount of taxation was based on the size of the woman’s breasts, and was decided upon by tax collectors who visited every house to collect the tax. 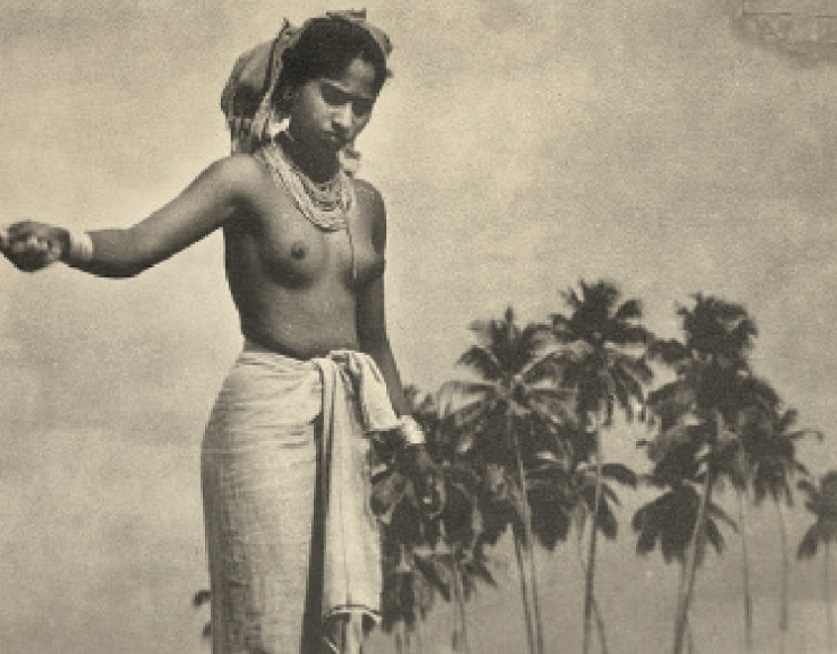 The amount of the tax was decided upon based on the size of the woman’s breasts, as evaluated by a tax collector.

This rule affected the Nadar and Ezhava women most terribly, but it also applied on all levels of the hierarchy.

The rule, therefore, worked on all levels of hierarchy. Of course, it was still worse for the lower castes, who due to their lower position in the hierarchy would have had to bare their breasts at all times lest they pay tax for it. When people from the lower-castes started converting to Christianity, Nadar women who had converted started to cover their upper body, and consequently, even Hindu Nadar women followed suit. This issue resulted in several protests across the kingdom, and violence erupted between the lower and upper castes.

In 1859, some Kingdom officials tore the cloths off of Nadar women and hung them by the trees. The Nadars retaliated by terrorizing upper caste neighborhoods and looting their shops.

The violence reached its tipping point in 1859 when Nadar women were disrobed and were hung on a tree by Kingdom officials. The Nadara fought back, terrorizing upper caste neighbourhoods and looting their shops. 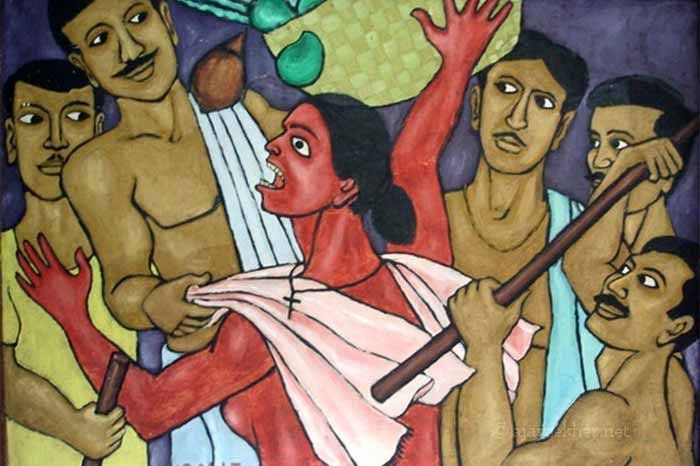 The same year, under pressure from the Madras governor, the Kingdom of Travancore passed the order to allow Nadar women to cover their breasts in public.

The story of Nangeli, on the other hand, has often been dismissed as an urban legend by theorists. No record of such an incident exists. However, the story has gained much traction over the last couple of years after s BBC article covered it in 2016.

Even though the Nangeli has been dismissed as an urban legend, it has gained much popularity in the recent years.

When a tax collector came to Nangeli’s house to inspect her breasts, she protested by cutting off her breasts and presenting them to the officer on a banana leaf.

The story of Nangeli goes as this: An Ezhava woman named Nangeli lived in the Travancore Kingdom with her husband Chirukundan during the early 19th century.

When a tax collector visited her house to survey her breasts, Nangeli revolted by cutting off her breasts and offering them to the tax collector on a banana leaf. She died as a result of blood loss, and her husband, full of remorse, jumped into her pyre – in an interesting reversal of the Sati tradition which expected women to do the same.

While there’s no evidence that the story of Nangeli is true, the story’s popularity has brought the Breast Tax to people’s attention and has made them more aware about women’s rights over their bodies, and the systemic injustices that women have had to bear through history.