One of the most popular and famous on-screen characters of recent times, Tony Stark is one of the central characters of the Marvel Cinematic Universe. Portrayed by Robert Downey Jr., Tony Stark is an industrialist, inventor, superhero and the CEO of Stark Industries. This character and Tony Stark quotes has become popular amongst the Hollywood audiences. Tony Stark starts his journey as the chief weapons manufacturer of United States but has a change in heart and uses his skills to combat those who threaten world peace.

We bring you some of the best Tony Stark quotes from the Marvel movies.

1. Everybody wants a happy ending, right? But it doesn’t always roll that way. – Tony Stark 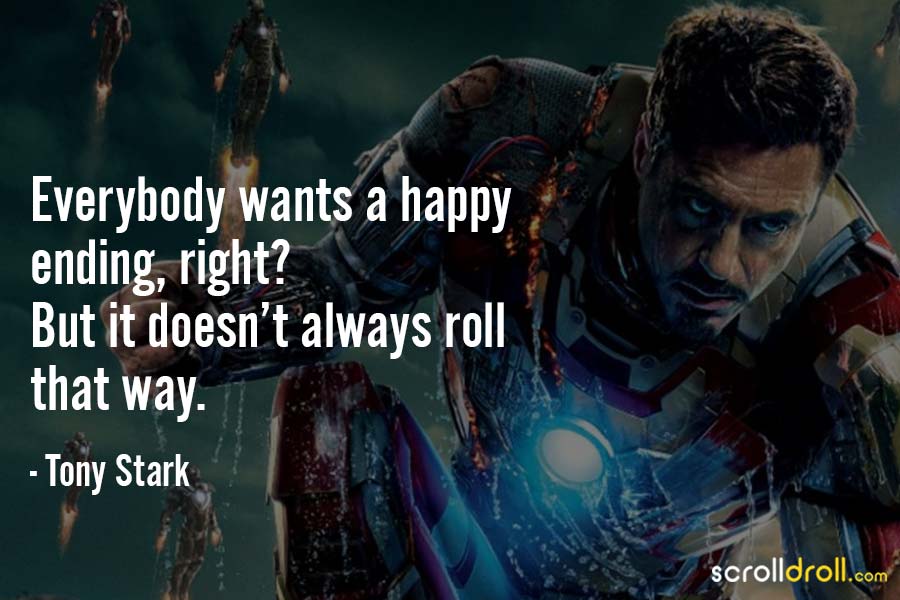 2. If you’re nothing without this suit then you shouldn’t have it. – Tony Stark 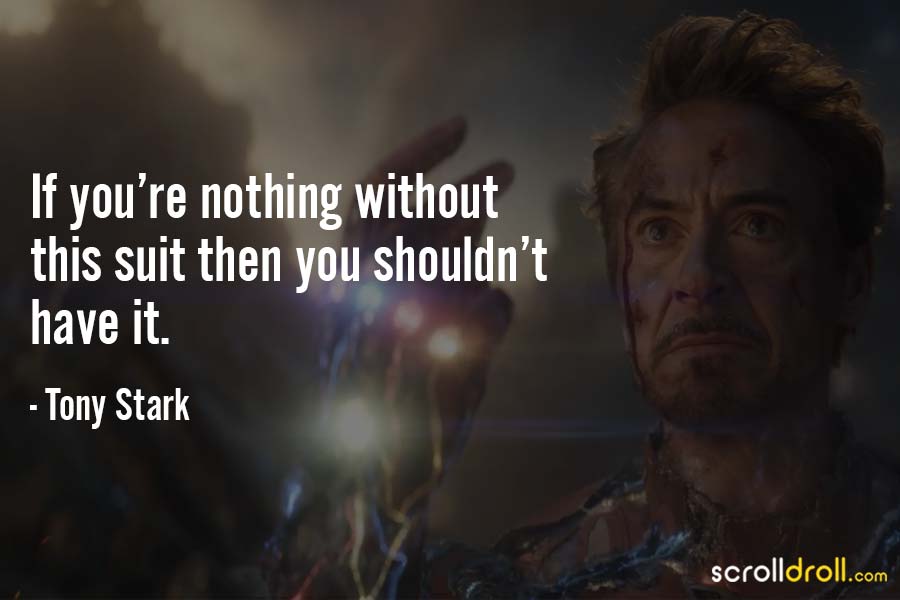 3. Sometimes you gotta run before you can walk – Tony Stark 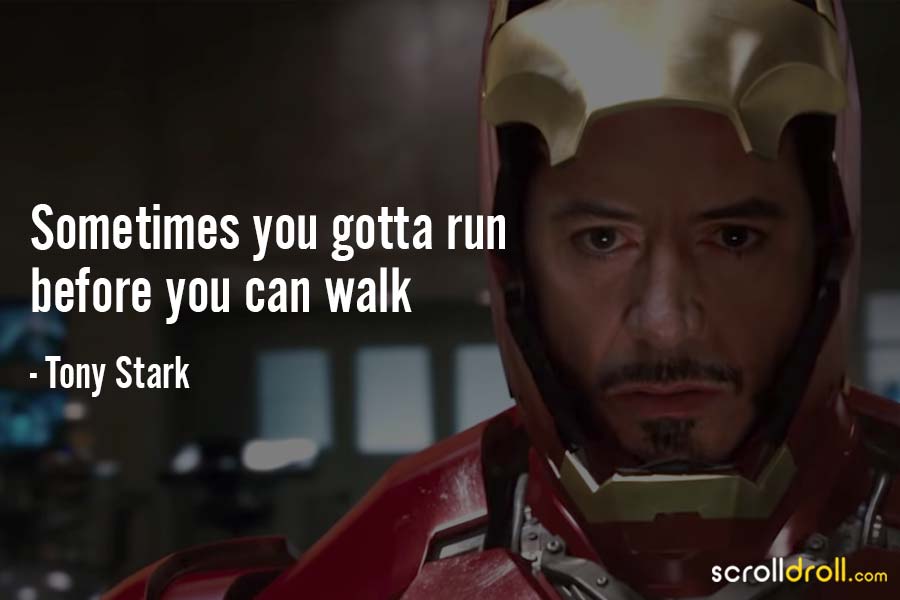 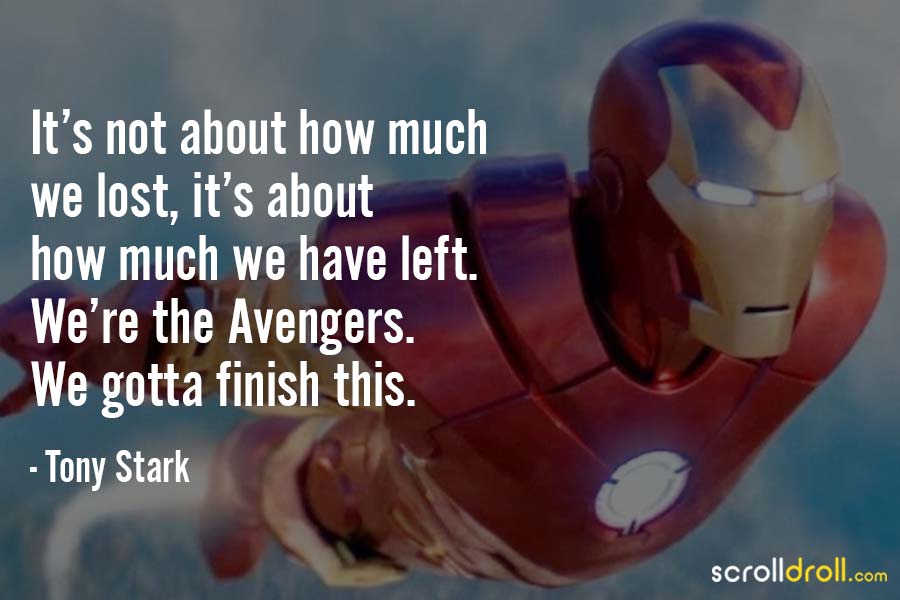 5. If we can’t accept limitations then we’re no better than the bad guys. – Tony Stark 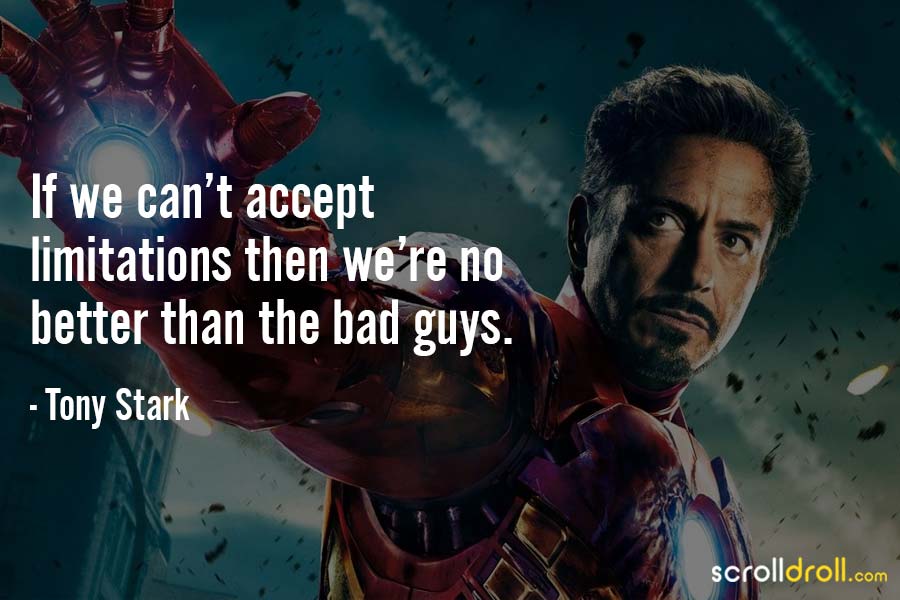 6. Is it better to be feared or respected? I say, is it too much to ask for both? – Tony Stark 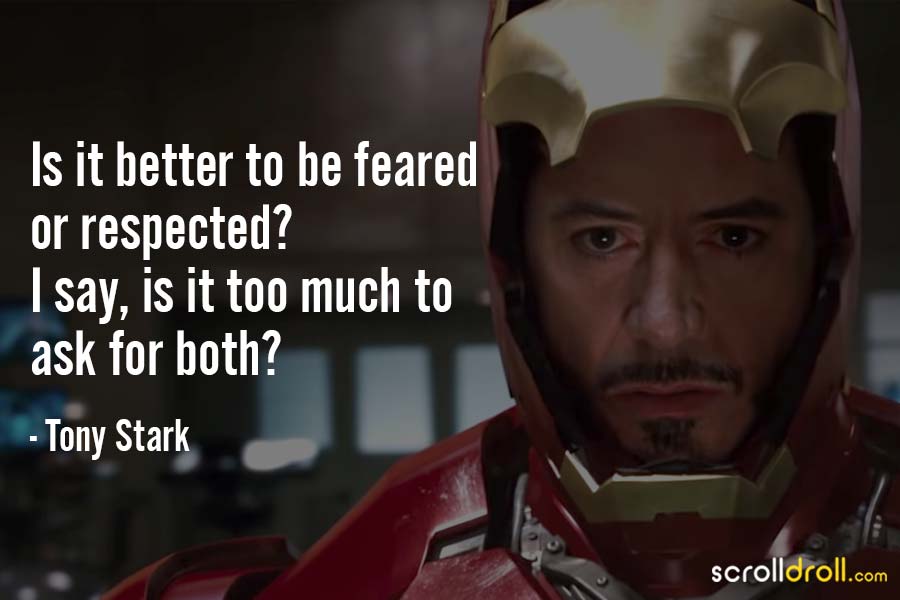 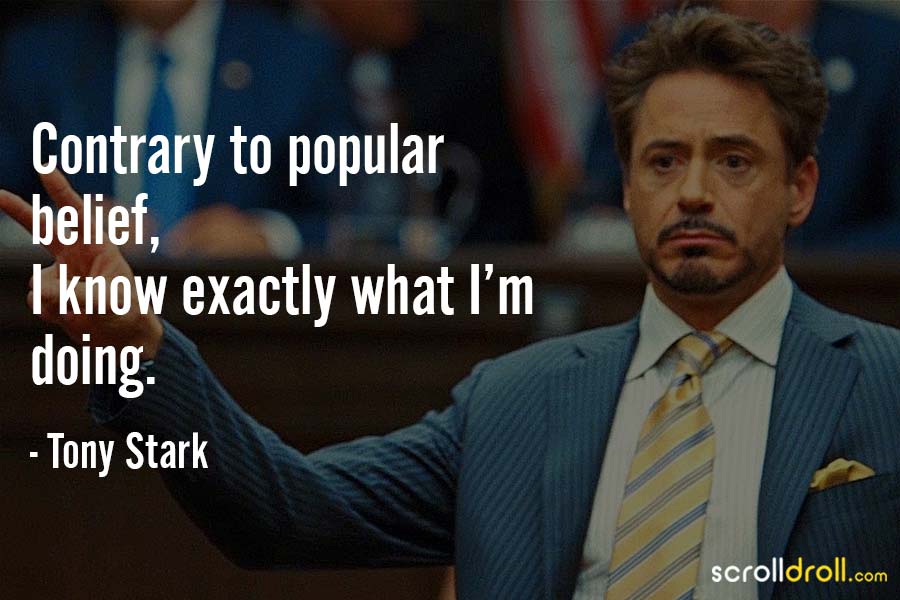 8. Part of the journey is the end. When I drift off, I will dream about you. It’s always you. – Tony Stark 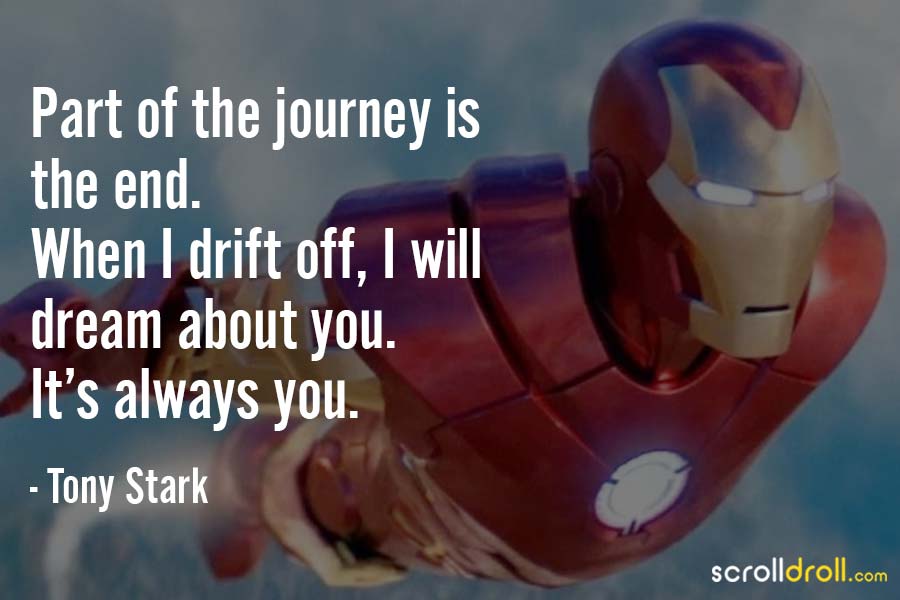 9. A famous man once said, ‘we create our own demons’. – Tony Stark 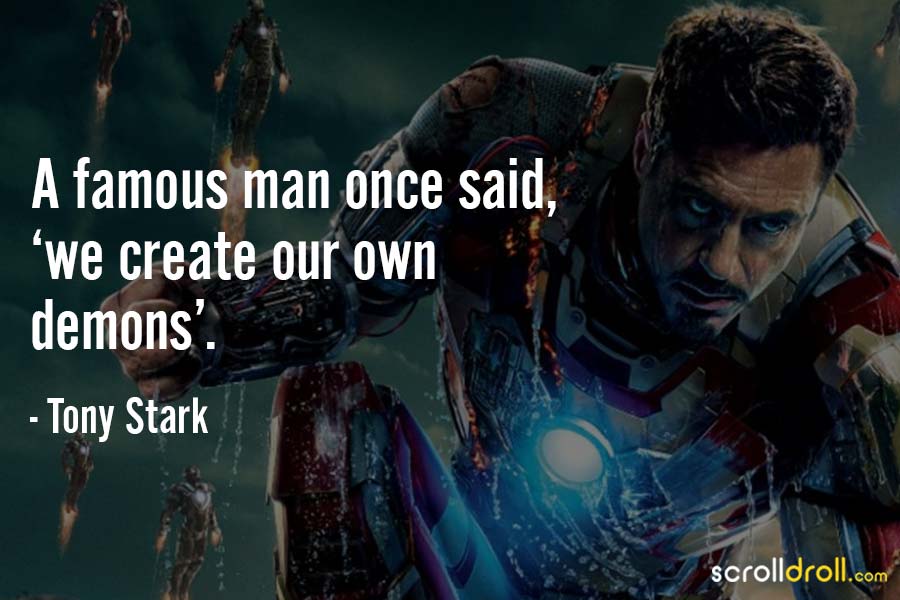 10. I build neat stuff, got a great girl, occasionally save the world. So why can’t i sleep? – Tony Stark 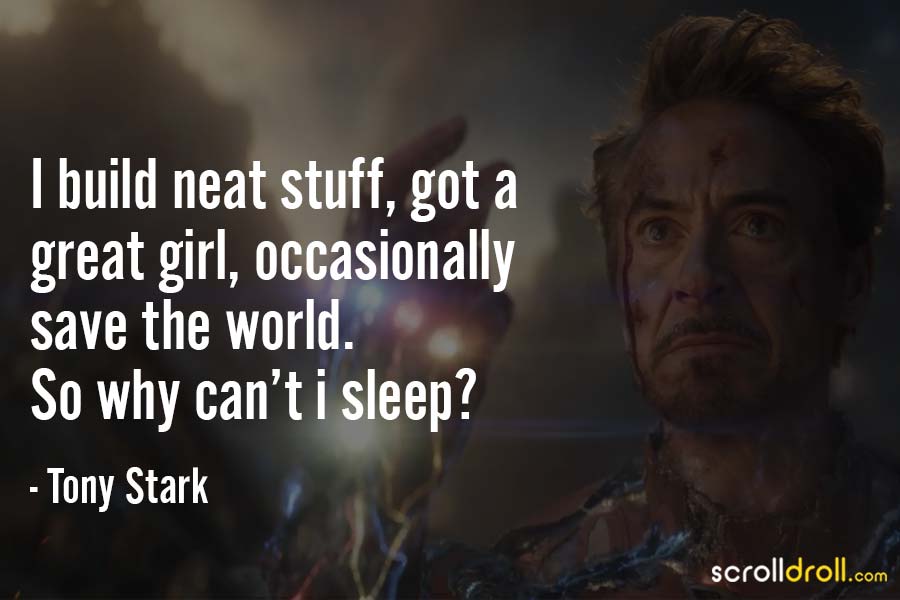 11. You can take away my house, all my tricks and toys. One thing you can’t take away… I am Iron Man. – Tony Stark 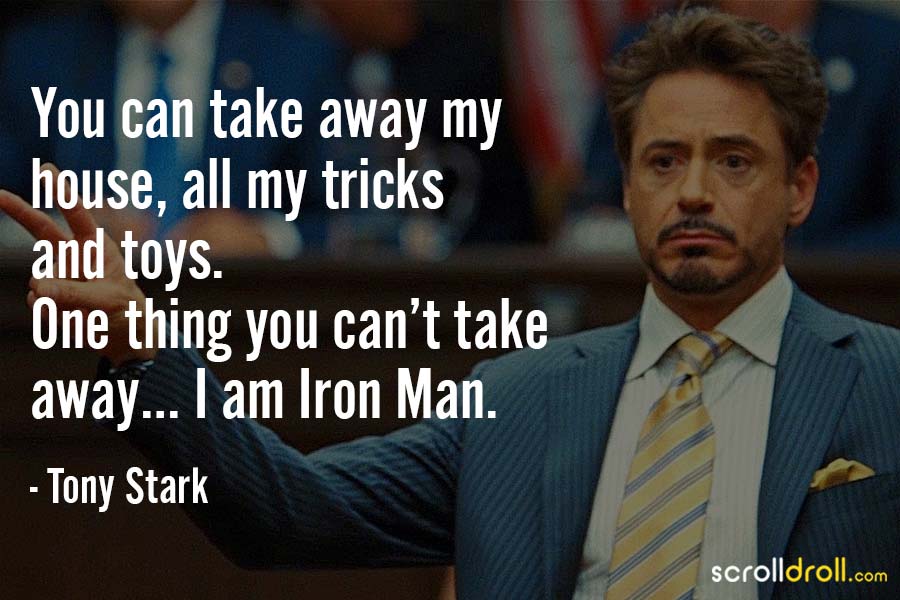 12. It’s an imperfect world, but it’s the only one we got. I guarantee you the day weapons are no longer needed to keep the peace, I’ll start making bricks and beams for baby hospitals. – Tony Stark 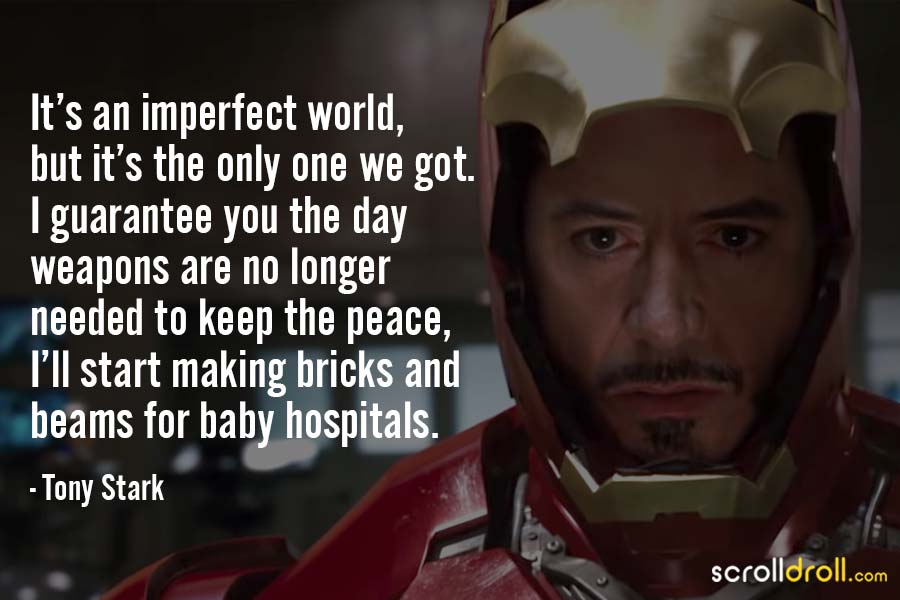 13. They say that the best weapon is the one you never have to fire. I respectfully disagree. I prefer the weapon you have to fire only once. – Tony Stark 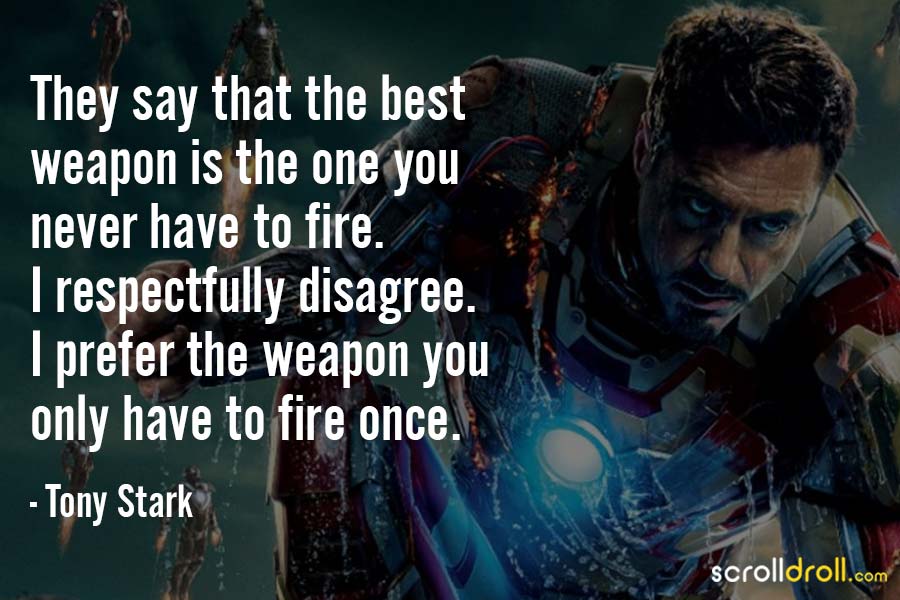 14. Let’s face it, this is not the worst thing you’ve caught me doing – Tony Stark (To Pepper) 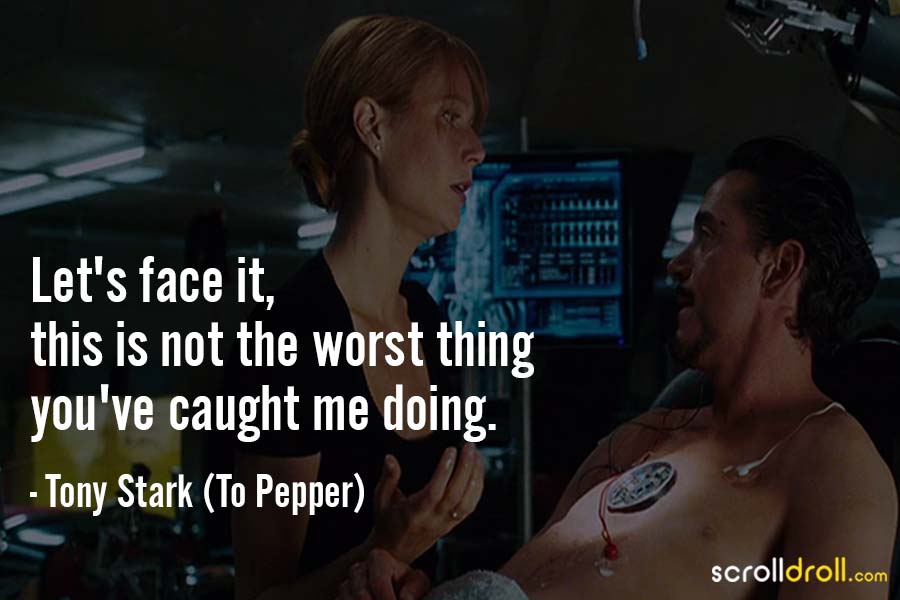 15. Drop your socks and grab your Crocs, we’re about to get wet on this ride. – Tony Stark (To Rhodey) 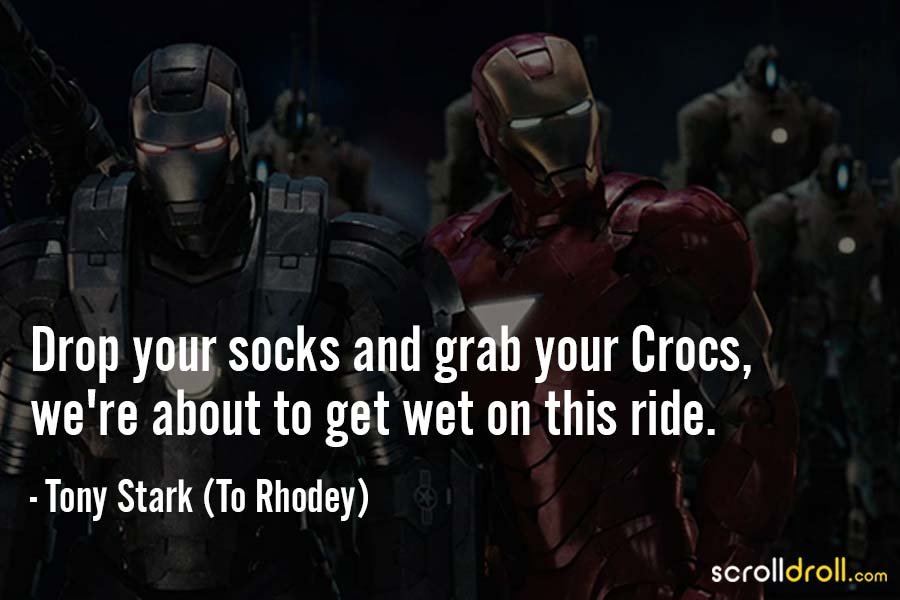 16. I told you I don’t want to join your super secret boy band. – Tony Stark to Nick Fury 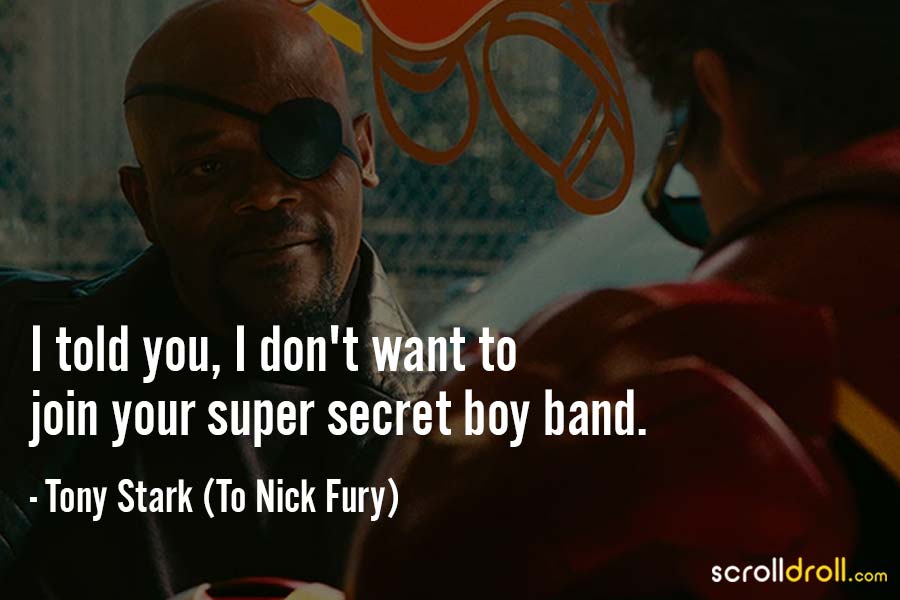 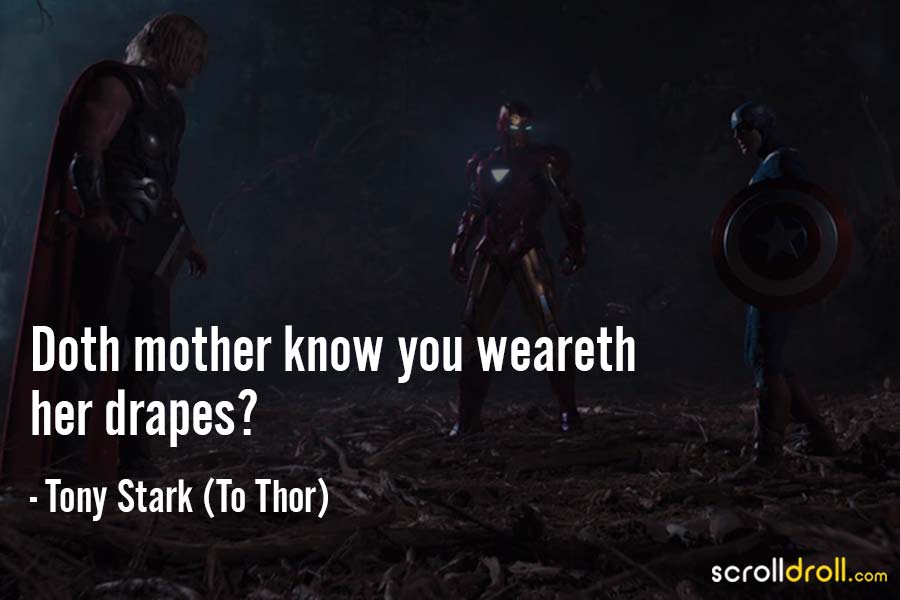 18. I’m a huge fan of the way you lose control and turn into an enormous green rage monster. – Tony Stark (To Bruce Banner) 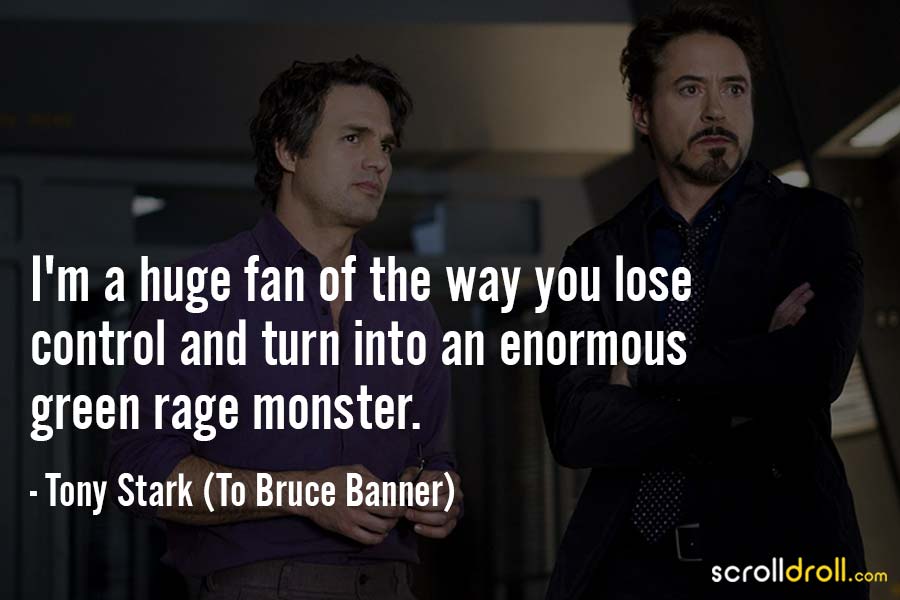 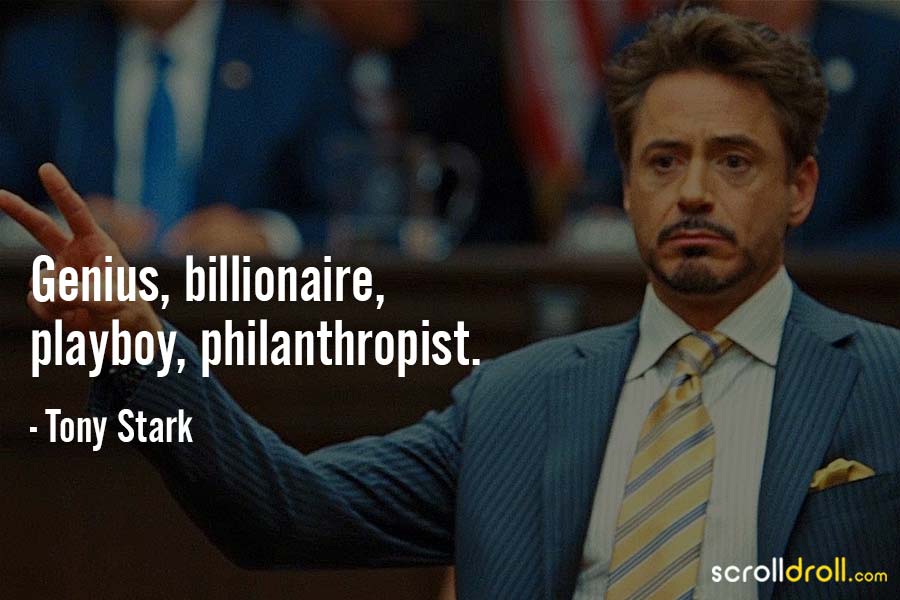 20. If we can’t protect the world, you can be damn sure we’ll avenge it. – Tony Stark 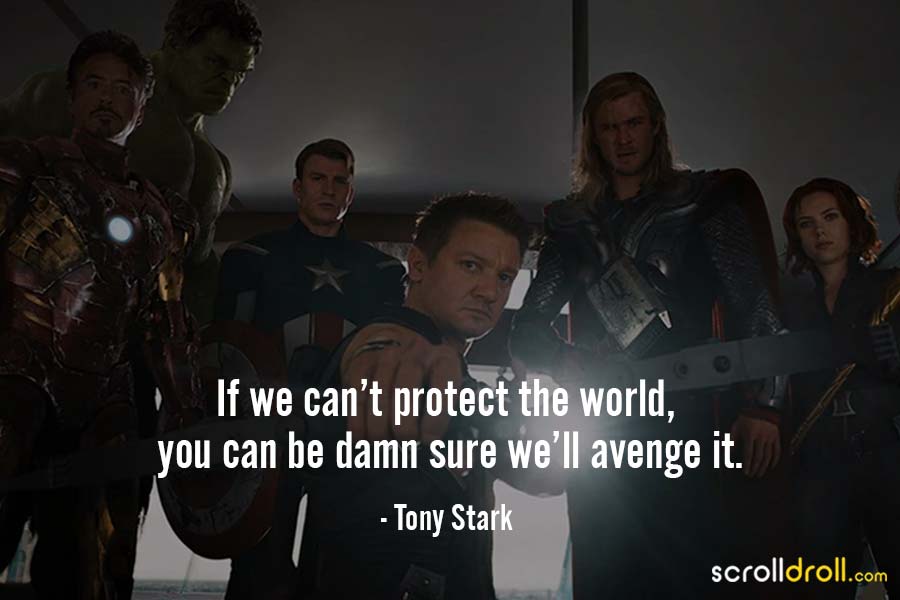 Which of these Tony Stark quotes did you like the best?