The most popular casino game in the world has long been a significant part of movie culture. In this post, we will break down the top five most iconic poker movies as we represent how poker has influenced pop culture, particularly in recent times. So here we are in no particular order:

Kicking off with one of the classics, The Cincinnati Kid (1965), featuring Steve McQueen as the protagonist, tells the story of a young poker player going from one big event to the next as he consolidates his high status within the poker ranks.

The movie builds up to the highly anticipated bout with the poker champion Lancey Howard where the Cincinnati Kid finds himself as the major underdog. The film is undeniably old, but still gives viewers something to remember. 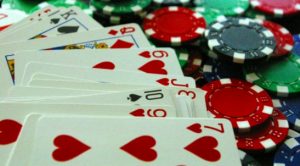 Made in 2015, Mississippi Grind tells the story of Gerry, a middle-aged man teaming up with a young poker player who bids to transform his luck by mastering the game. The film has tropes of both comedy and drama and is a thrilling watch when the pair desperately attempt to recover what has been lost in the southern territories of the US.

By far the most thrilling and critically rated on this list, Casino Royale (2006) is an action-packed James Bond movie that has a lot of screen time on the poker table. It features Daniel Craig playing in a high-stakes poker game in Montenegro where he attempts to outplay and beat the dangerous Le Chiffre, the Bond villain of the movie. He uses the help of Felix Leiter by colluding with him to finesse his way through the high-stakes game.

The film could even be said to have reinvigorated poker’s popularity, both in casinos and online. This has led to many innovations in the genre, with online games even integrating live dealers at sites like Live Casino Neon Vegas to provide that ‘Bond experience’ to players at home, alongside an array of alternative live table games. 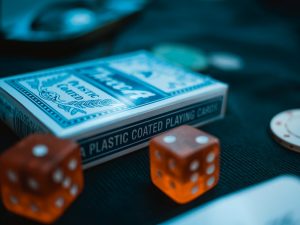 Based on the true life events of Molly Bloom, who begins life as a young skiing prodigy who has quite the career transformation when she becomes one of the most notorious poker hosts as she welcomes Hollywood’s biggest names to play in some of the country’s most high-end poker games.

She encounters some heavy legal trouble and befriends Charlie Jaffrey, a criminal defence lawyer played by Idris Elba. Much of the film is played out in the courtroom, however, the early parts of the film give great insight as to what high-stakes poker games are like.

Last but not least, we have Rounders (1998), which features a star-studded cast including Matt Damon, John Malkovich, and Edward Norton. The film details the world and customs of underground poker and focuses on two friends entering into high-stake poker competitions. The term ’rounder’ focuses on a person who goes from city to city searching for high stake poker games.

The Bizarre Origins of Popular Objects