Top Moments That Defined Cricket In 2020

While 2020 will be remembered as a tumultuous year that disrupted almost all aspects of our lives, some events will be hard to forget. Here we look at some of the moments that cricket fans will remember as they lookout for a better 2021. 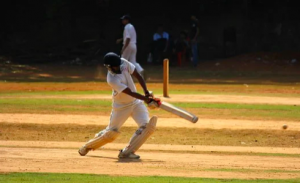 The effect of the pandemic

As the pandemic took its toll in many aspects of our daily lives, many were forced to adapt, and cricket was no different. There was now a new normal in cricket where players would play without their adoring fans, extended teams, bio-safe bubbles, fake sounds in stands and no handshakes among other measures. However, fans’ return in countries such as Australia and New Zealand offers the promise of a return to normalcy.

The death of an African American, George Floyd, at the hands of white police officers prompted a nationwide protest in the US and worldwide. In the world of cricket, Michael Holding gave a powerful monologue about racism and the need to educate young people of colour not to look down on themselves just because of their colour. His speech prompted England and West Indies players to take a knee in solidarity with the BLM movement.

The decline of Chennai Super Kings

With Chennai Super Kings failed to make it to the knockout stage of the IPL 2020 in the entire tournament’s history, some were even calling it the end of an era. They were humiliated by 10 wickets; a score they have never lost in the tournament’s history. One commentator even compared them to an ageing boxer squaring off with a ruthless young fighter.

New Zealand is the number Test nation in the world after bullying teams at home. After they were humiliated by Australia, they returned to winning ways by whitewashing a strong Indian side. If you are a cricket fan and fancy your prospects for your favourite team, you can head over to sites such as Comeon live casino for a wide range of betting events to bet on.

South African Cricket in the decline

2020 is a year, South Africa would like to forget when it comes to cricket. It had been one of the leading Test cricket nations in the world for the past decade. However, they only registered a single win against a weak West Indies side last year, going on to lose 5 and drawing 4. Their decline can be attributed to the loss of key players and injuries. There have also been accusations of racism and favouritism in the camp, which may have further aided in the team’s decline.

32 Hindi AR Rahman Songs That Will Make your day