Cheltenham Festival is one of the most popular horse racing meets in the entire globe and features the best competitors in the jumps discipline over four days of action in the United Kingdom. All owners, trainers, and jockeys prepare themselves for the competition over the course of the National Hunt season aiming to walk away with the prestigious prizes that are on offer. 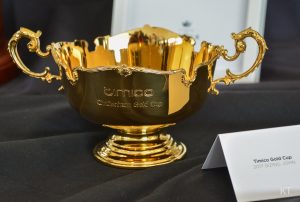 The Cheltenham Gold Cup is the event that everyone wants to win due to its significance and the size of the purse for the triumphant party. It holds pride of place in the minds of all connected with the sport and has seen truly outstanding horses compete and succeed since it began in 1924. Here are the best horses to have won the event over the course of its history.

Al Boum Photo will be competing for a third Cheltenham Gold Cup in 2022 and is backed at 15/2 in the Cheltenham betting odds to win the crown yet again. His progress will be worth monitoring in the Cheltenham tips ahead of the event, as he has a propensity for a surprise. The French thoroughbred made his name as an outsider as he was not considered one of the leading contenders in 2019 for the victory.

As a 12/1 outsider, Al Boum Photo stunned the rest of the field with a brilliant surge down the stretch ushered on by Paul Townend to secure the Gold Cup, delivering a first win in the event for legendary trainer Willie Mullins. Al Boum Photo was not just a one-hit-wonder as he returned to Cheltenham in 2020 to defend his crown and he did just that with a sensational display to beat Santini on the line. The third time lucky was not to be as he placed in third, but the door is not closed yet on a third Cheltenham Gold Cup after a fourth successive win in the Savills New Year’s Day Chase.

Perhaps the best horse of the modern era after he won three Gold Cups in a row between 2002 and 2004. Henrietta Knight’s charge was too unheralded entering the contest in 2002 as a 7/1 shout, but Jim Culloty got a fine performance out of the horse. He timed his surge to perfection down the final furlong to beat out his rival Commanche Court by one-and-a-quarter lengths, while race favorite Looks Like Trouble was nowhere to be seen.

Best Mate returned in 2003 with a reputation that was recognized by the bookmakers, placing him as the 13/8 favorite to win the contest. He lived up to the billing by storming to victory by 10 lengths, one of the most dominant Gold Cup performances in living memory. Best Mate made it three on the bounce in 2004, displaying a clinical edge to beat out Sir Rembrandt by half-a-length. The story of Best Mate would end in tragedy on the course as he suffered a heart attack after a contest in 2005 and passed away. However, his memory lives on as one of the all-time greats.

Golden Miller remains the most successful horse in the history of the Gold Cup. He won five-straight Gold Cups between 1932 and 1936 from the age of five to nine. 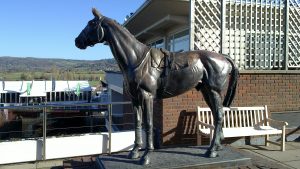 Golden Miller won four of his five Gold Cups by dominant margins, with his only scare coming in 1935 when he was pressed by Thomond II, although he managed to fend off his rival to triumph by half-a-length. There were fewer competitors in the days of Golden Miller, but he was a special horse having also won the Grand National in 1934. When it comes to the pantheon of great jumps racing horses, Golden Miller is up there in a class of his own.

How to Make Downtime Fun When Traveling