10 Top YouTubers of India By Subscriber base You Should Follow

YouTube today is one of the top 3 websites on the Internet in terms of the time spent and monthly visitors. YouTube has brought about a complete revolution in content creation and consumption. Several YouTubers have emerged all across the globe who have earned millions of views and subscribers with their engaging, interesting and viral videos. Several top YouTubers of India have also leveraged this video platform to showcase their art, talent and creativity.

Also read: 15 Best Stand Up Comedians From India You Should Follow

One of the most popular YouTubers of India, Ajey Nagar or Carry Minati started his stint in YouTube at a very early age. He was born in June 1999 and he uploaded his first every YouTube video in 2010. He has come a long way since then with his roasts, humorous videos and live streaming of games. His roast of Tik Tokers, which was later taken down with allegations of cyber bullying, was the most liked non-musical video of India in 2020.

Ashish’s Chanchlani’s comedy sketches has been popular on YouTube for several years now. Ashish started his YouTube channel. Hailing from Mumbai, Ashish Chanchlani started posting online vines in the year 2009. He has created several viral videos since then and also appeared in a few online shows and movies. He was the third Indian to reach the milestone of 20 Million followers after Carry Minati and Amit Badhana. 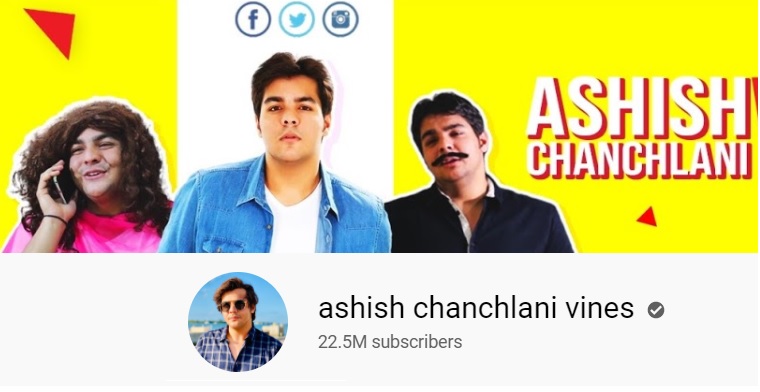 A lawyer by profession, Amit Badhana became the first Indian to reach the milestone of 20 Million subscribers in May 2020. He became an online sensation in the year 2017-18 with his comedy sketches depicting different situations in school, college and everyday life. He was one of the YouTubers of india who didn’t have to wait much to gain fame and gained a substantial subscriber base rather quickly. One of his videos also appeared on YouTube’s 2018 Global Top 10 Videos list.

Technical Guruji, or Gaurav Chaudhary, is one of the top Tech Influencers of the country who has successfully created Tech videos in Hindi. He was the first Indian Tech YouTuber to reach the milestone of 20 Million followers with tech tips and product reviews. 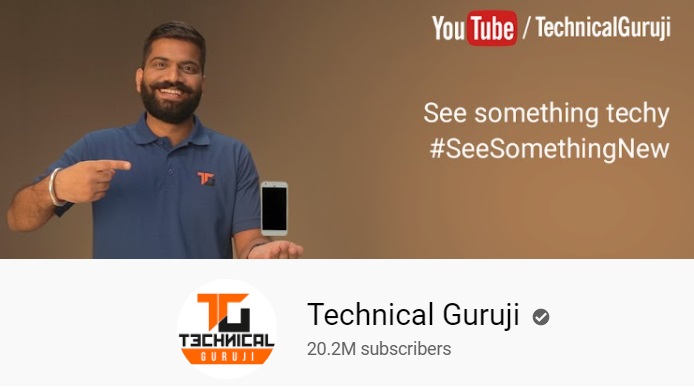 The first Independent content creator from Indian to pass the milestone of 10 Mn followers, Bhuvan Bam came into prominence with his series BB ki Vines which was a funny series of the typical problems faced by an urban middle class child. He has recently appeared in short films as well as released songs.

Sandeep Maheshwari is the founder of Images Bazaar – one of the early successful digital start ups of the country. He started his career as a model and then ran his own enterprise before starting a career as a motivational speaker to inspire students and entrepreneurs. He has managed to built a subscriber base of over 17 Mn on his YouTube channel as of December 2020 while getting millions of views on his each video.

Also read: 13 Sandeep Maheshwari Quotes For A Dose Of Inspiration

Entrepreneur, author and motivational speaker, Dr. Vivek Bindra often describes himself as a business coach. His motivational talks, case studies and speeches has helped him gain popularity especially amongst the young budding entrepreneurs and students in rural India and small cities.

Popular Bollywood singer and reality TV star, Neha Kakkar has been a very active creator on YouTube who has been posting videos of her performances, mixes, covers and songs on her YouTube channel. Her videos often receive millions of views on YouTube and Neha has been able to earn over 11 Million subscribers as on December 2020.

Harsh Beniwal is another online star who has become popular with his comedy sketches on his YouTube channel depicting humorous scenarios. His popularity of YouTube has also helped him get roles in several online shows and movies, including Student Of The Year 2.

Nisha Madhulika started blogging as early as 2007 and started her YouTube channel in 2010. A chef by profession, Nisha’s recipes have been viewed millions of time across the globe. She has also appeared in Lok Sabha TV’s  as a face of YouTube’s #seesomethingnew initiative in 2016. 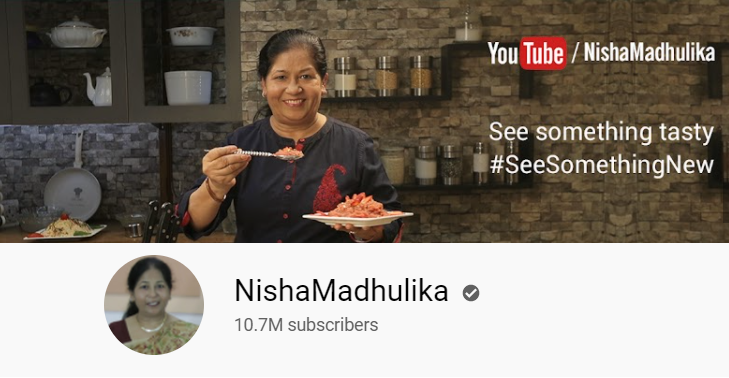 Also read: 30 Stand Up Comedy Meme Templates Which Will Make You Go ROFL

Which of these top 10 YouTubers of India is your favorite?