10 Traditional Indian Dishes That You Should Definitely Try

India is known as the land of spices. Rightly so, the unique blend of spices and condiments that one can find in Indian cuisine cannot be found elsewhere. The set of diverse cultures of our country has given way to various distinct and delectable cuisines. Each culture and community has its own delicious way of representing its unique set of flavors. The various traditional cooking styles and the traditional equipment used to prepare the food make them all the more special. Traditional Indian dishes have made a mark for themselves in the world of food. We are not strangers to the fact that even foreigners start drooling when they hear about Biryani or Butter Chicken.

This world-famous rice dish is specially prepared in Hyderabad using the traditional dum phukt method. Hence the name. It is said to have originated from the kitchen of the Nizam of Hyderabad. It is a unique combination of both Mughlai and local cuisine. Traditionally it was only cooked with goat meat but now several variants have appeared. 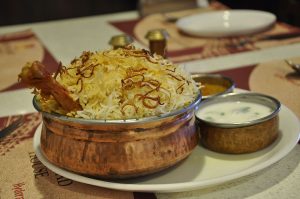 This curry originates from the beautiful land of Kashmir. It is a preparation of red meat flavoured with Kashmiri chillies and alkanet flowers and roots. It is the signature dish of the Kashmiri wazwan. A slow braising of the meat in ghee is followed by cooking the meat using the dum phukt method. It is one of the most flavoursome dishes ever! 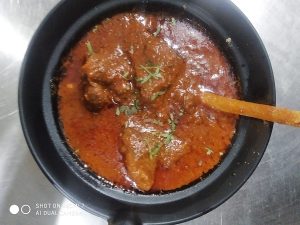 This unique combination of cooked mustard leaves and cornflour flatbread is capable of making almost anyone’s mouth water. One is incomplete without the other although the saag is the highlight of this combo. It is usually prepared during the winter season in the North Indian states, especially in Punjab and Haryana. 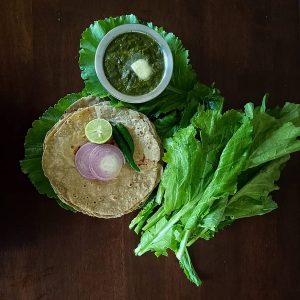 Anything baked and roasted in the traditional tandoor oven is extremely delectable. There is no denying that. Tandoori Chicken is a dish that is prepared by roasting chicken marinated with special spices and yogurt in the tandoor oven. Serve it with a slice of lemon and onions, it will taste like heaven. 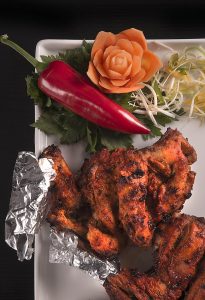 Assamese Khar, Omita Khar, or simply Papaya Khar is a representative dish of the Assamese cuisine. Khar is a liquid that is obtained from sundried banana skin. Seasonal vegetables such as water gourd and papaya are cooked along with the Khar and some spices. Papaya Kar is the most famous variant. 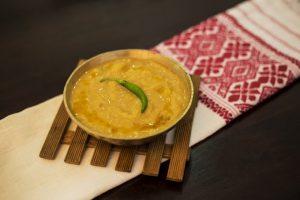 This famous fish curry from Goa is known for its characteristic coconut milk-based sauce and the tangy taste from the plenty of tomatoes used. It is one of the most famous traditional Indian dishes. 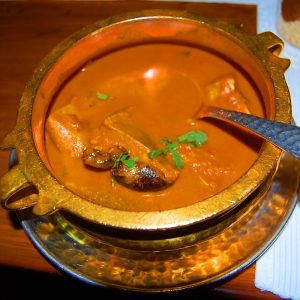 Litti is basically a whole wheat ball stuffed with gram flour, pulses, and several other nutritious fillings. It is usually served along with Choka which is a serving of spiced and mashed potatoes. This dish is native to the land of Bihar. 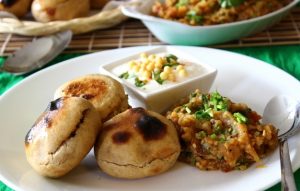 This lip-smacking vegetarian curry is one of the most loved traditional Indian dishes. Indian cottage cheese cooked with spinach puree and an assortment of Indian spices forms this delicacy. 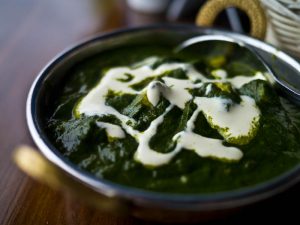 This is a famous traditional dish that is specific to the state of Gujarat. A fermented batter made out of rice flour, chickpea flour, and Urad Dal flour is used to prepare a Dhokla. The batter is then steamed and served with green chutney. 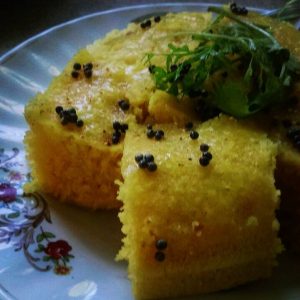 Kangshoi is essentially a vegetable stew that is an integral part of Manipuri cuisine. It consists of seasonal vegetables that are boiled and flavoured with sliced onions, cloves, ginger, garlic, and some exotic spices. It is one of the most underrated traditional Indian dishes. 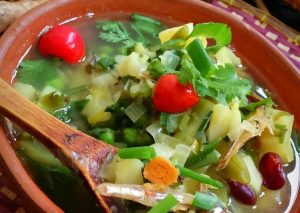 These were some of the best traditional Indian dishes handpicked from all over the country. Did we miss out on some of your favourite dishes? Do let us know in the comments section.

50 Famous Indian Meme Templates To Describe My Life & The World