Growing up in an Indian household is a “unique” experience at best. While people around the world were busy raising their kids responsibly and helping them grow independent, Indian parents were busy comparing you to Sharmaji Ka Beta/Beti and asking you to get a haircut (if you’re a boy) or planning your wedding (if you’re a girl). But underneath all of the (unsolicited) advice, meddling in your life, nit-picking and having a say in your every single life decision lies the kind of warmth and love that cannot be found anywhere else. And despite how smothering their constant attention can be, we can’t imagine our lives without it. But enough mush and back to the struggle of living with desi parents.

Here are 21 tweets about growing up with Indian parents that are hilarious and yet, all too real.

1) Who cares what the weather is like outside when you’ve got a mom to decide if it’s hot or cold.

2) And that’s a habit she picked up from her mom, we bet! 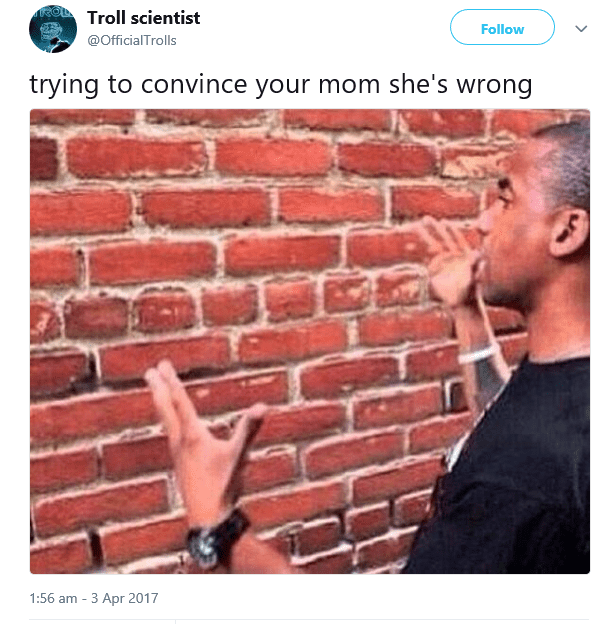 4) How many times has this happened to you?

only Desi parents will give you a sarcastic congratulations when you break a glass 😐
"Shabaash puth, very good 👏🏽"

Behind every successful woman are her parents… wondering why she hasn't found someone yet and when she plans on getting married.

6) Bad grades = eternal shame, all thanks to mumma and puppa.

Grading system for students in India: 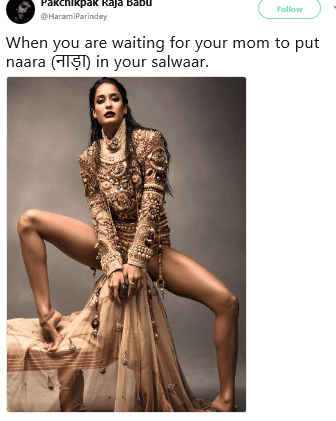 8) Not very many option to pick from, really.

We believe in 'Marriage' at first sight.

11) Laughs outside. Cries inside.

13) Because they can tell you so, and you better listen.

14) There is no curfew like your mom ka curfew.

15) That ain’t a pleasant surprise though.

16) You can solve every problem ever by waking up at 4 am. ‘Cause dad says so.

18) Now try losing one of her Tupperware!

19) Thank God for paani puris though!

Even pani puri wala bhaiyya gives more options than what Indian parents give to their kids. 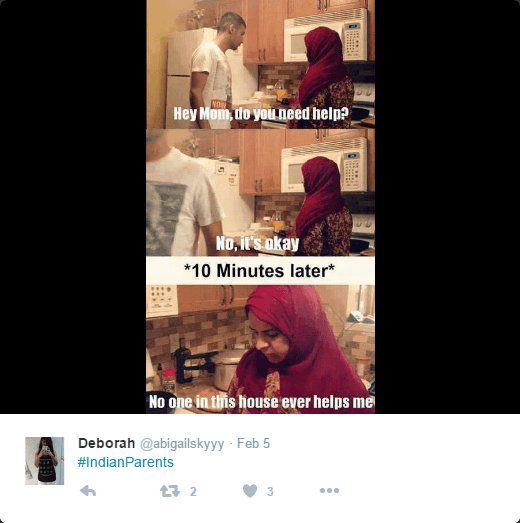 21) And that one time you do something right according to them!

Me, when family appreciates something I have done. pic.twitter.com/LFJxK6UUbL