Types of Teachers We’ve All Had, And The Ones Who Made Us What We Are

We have all had that one teacher who scared the living daylights out of us – or the one nobody ever took seriously. We had that one teacher who the boys had a crush on, and the one who always dozed off in the class. You’d be surprised to know that we have all had similar kinds of teachers no matter where we lived, and that is the beauty of a shared Indian experience. Here are 11 posters about the types of teachers we’ve all had, including the ones who made us what we are!

Now, let’s get back to these posters about the types of teachers we had as children!

1.  The one who mistook saying for spraying:

We all had that one teacher who could make the most sincere of students want to move to the back of the row – all because they didn’t get the memo when they said, “say it, don’t spray it.” 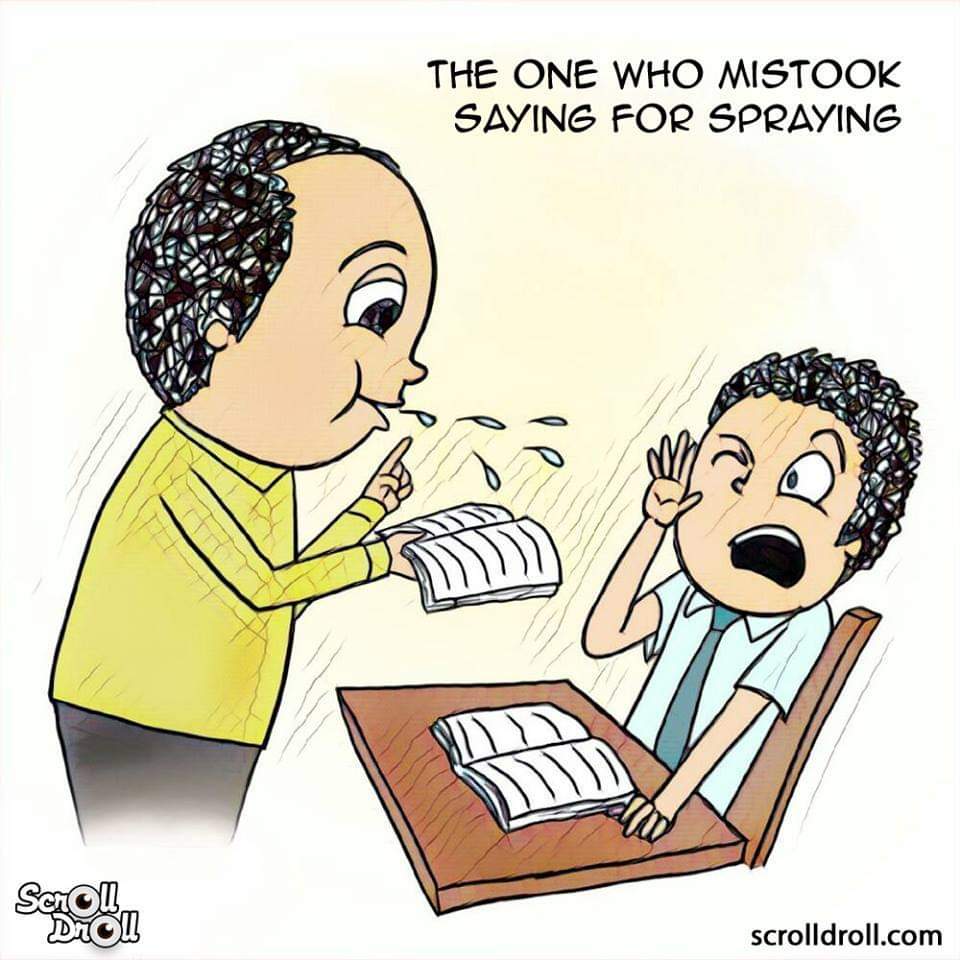 2. The one who spoke hilariously wrong English:

While speaking fluent English is by no means a marker for intelligence or capability, there was always that one teacher who would make the most hilarious grammatical errors. But we didn’t mind, it only made the class more entertaining! 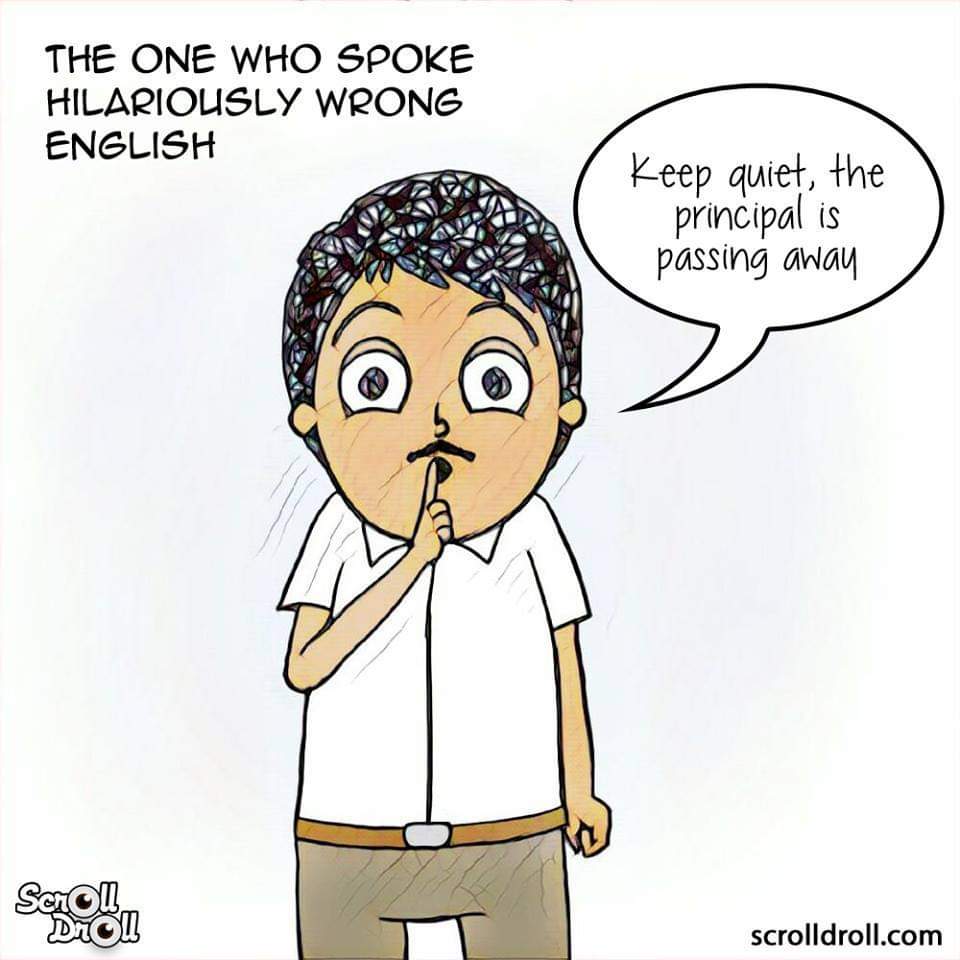 3. The one who could never control the class:

We have all had teachers who could just never have any control over the class and were usually mellow even if you screwed up. But man, when you get these teachers angry, you get them REALLY angry. 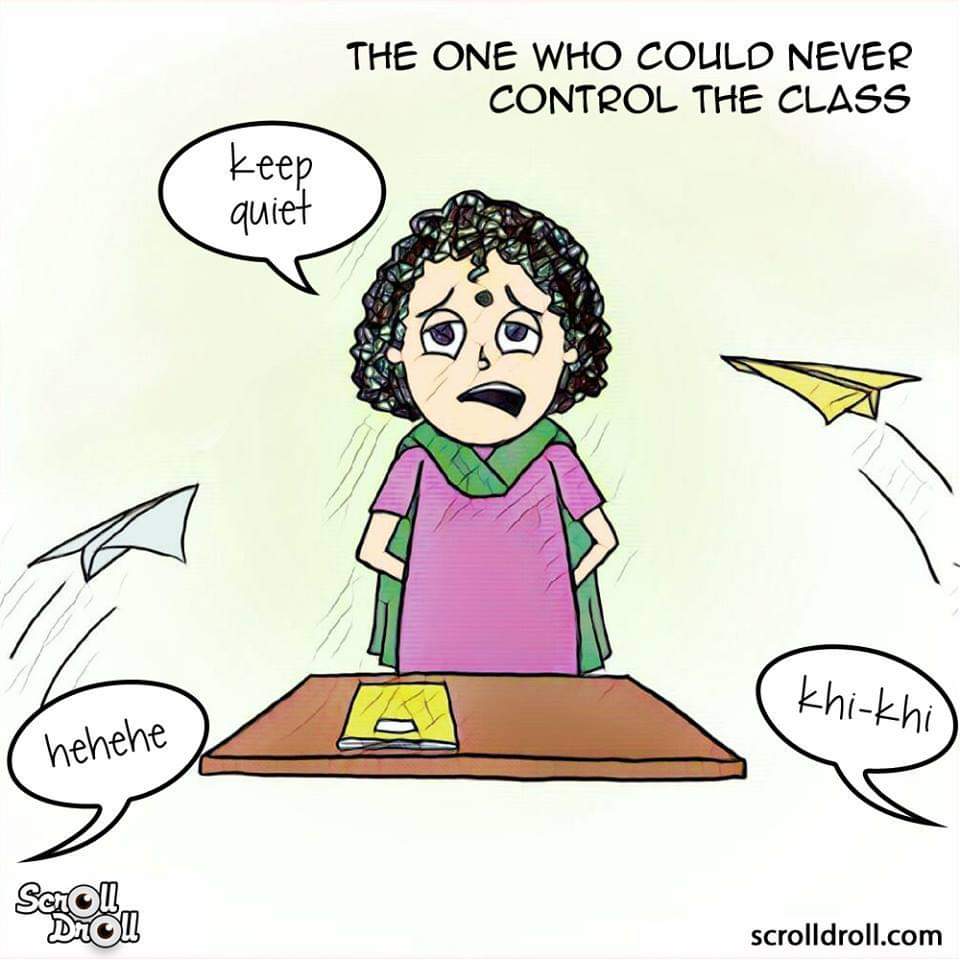 4. The one who was always grumpy:

There was always that one teacher who was extra grumpy for no real reason and made you wonder if they had fought with their spouse again. 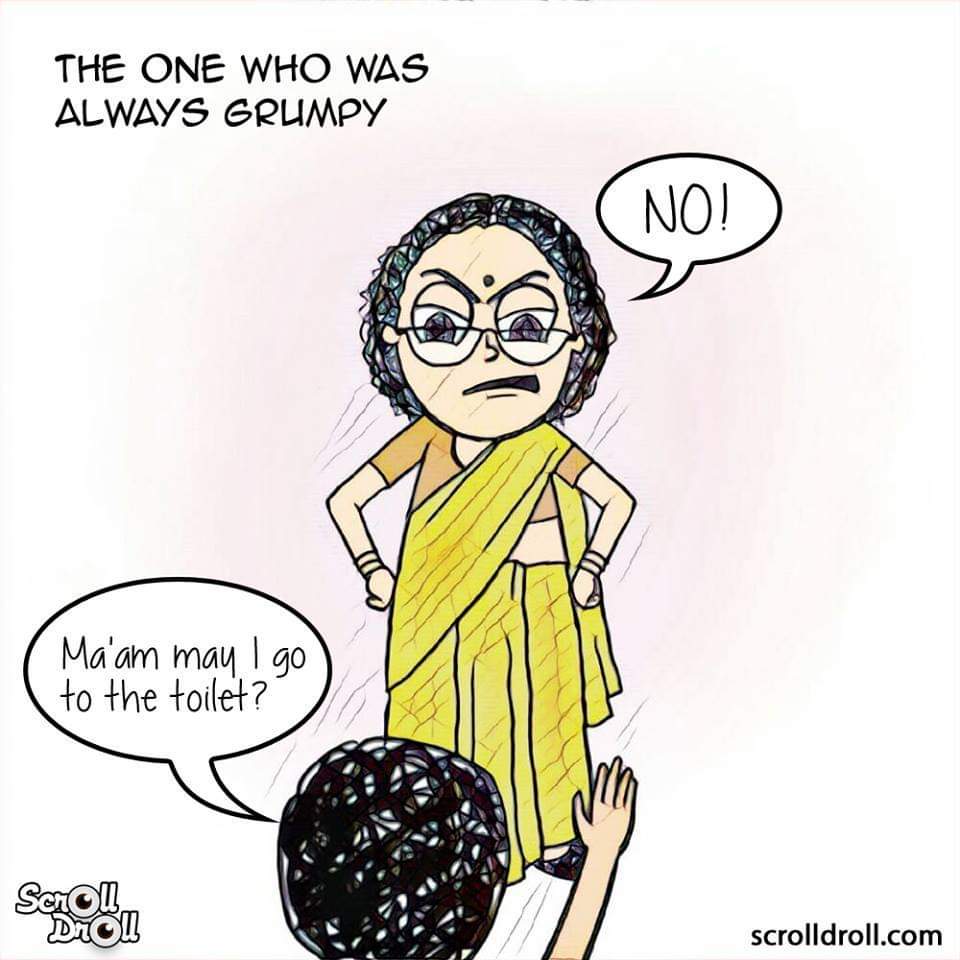 5. The one who ate the poor children’s food:

It always started with just one bite – until they couldn’t get enough of your food and were more excited about your lunch box than you. 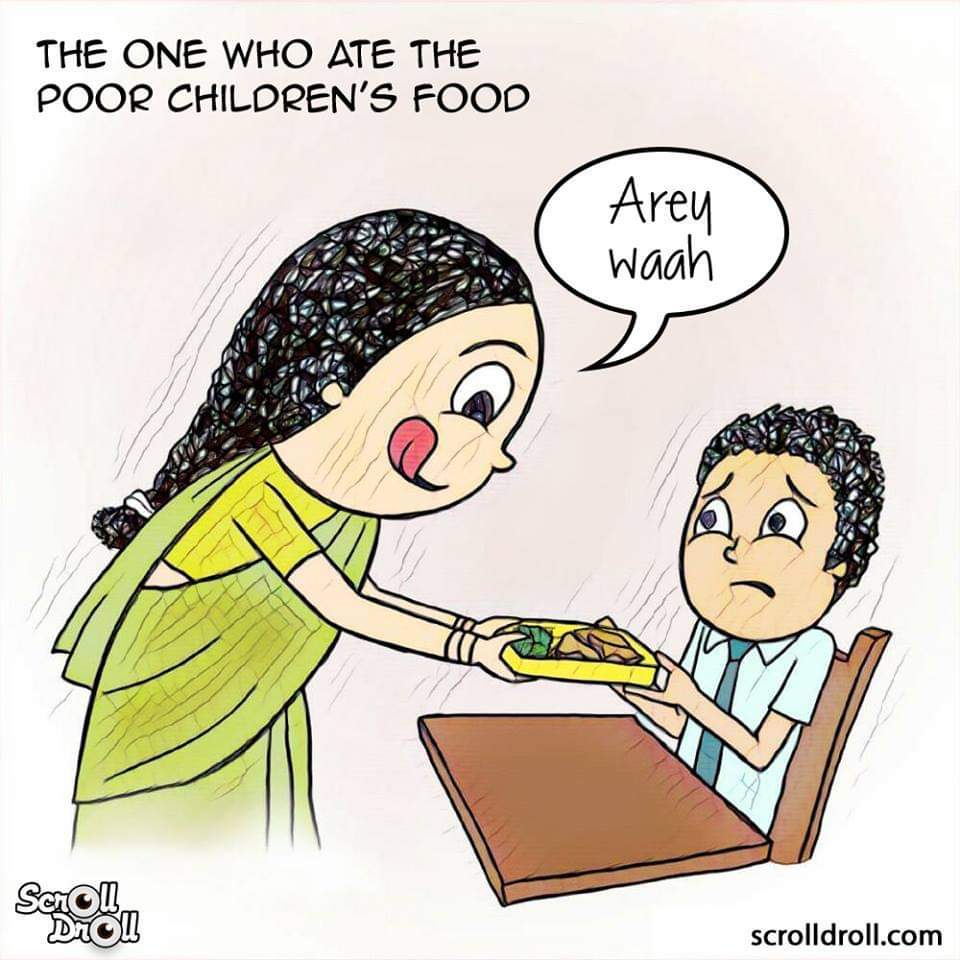 6. The one who slept more and taught less:

If there’s anyone who could give you competition for being sleepy in the class, it was this teacher. One minute they’re asking you to finish the sum they just explained to you, and the next they’re floating in dream land. 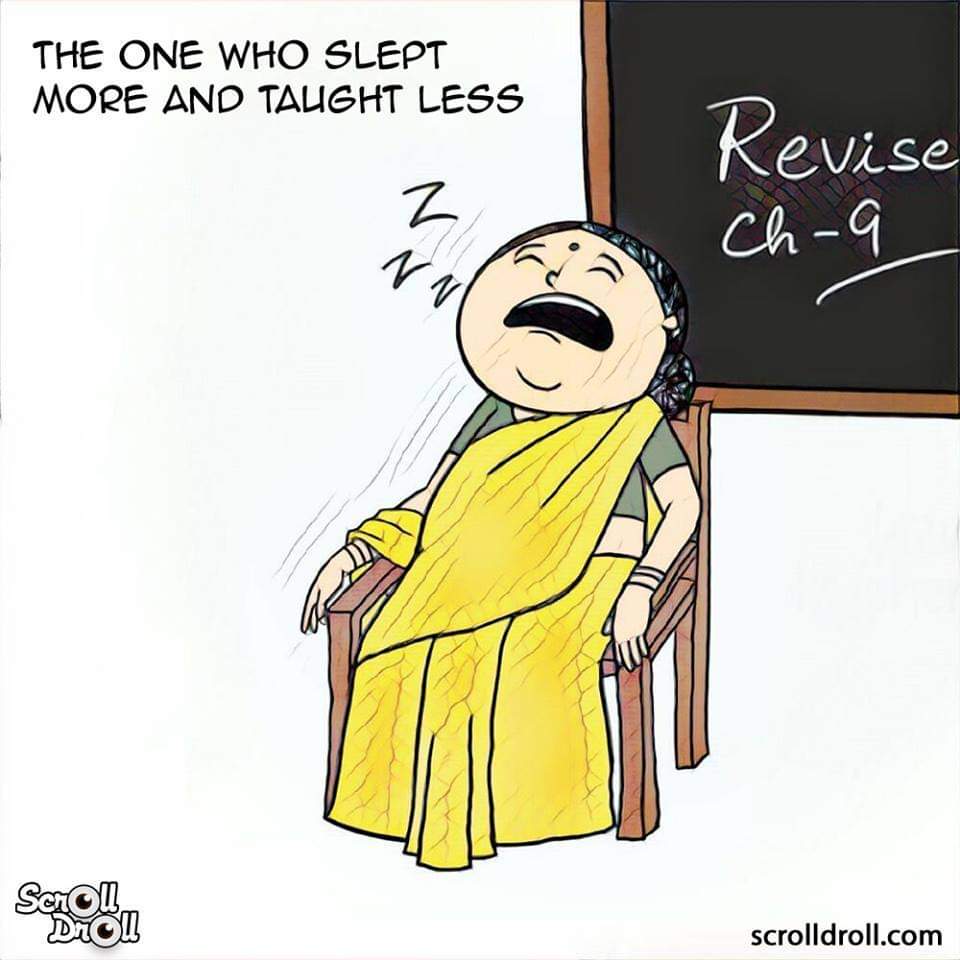 There was always one teacher who just seemed extra pretty to all the boys – even though the girls could swear she only looked okay. 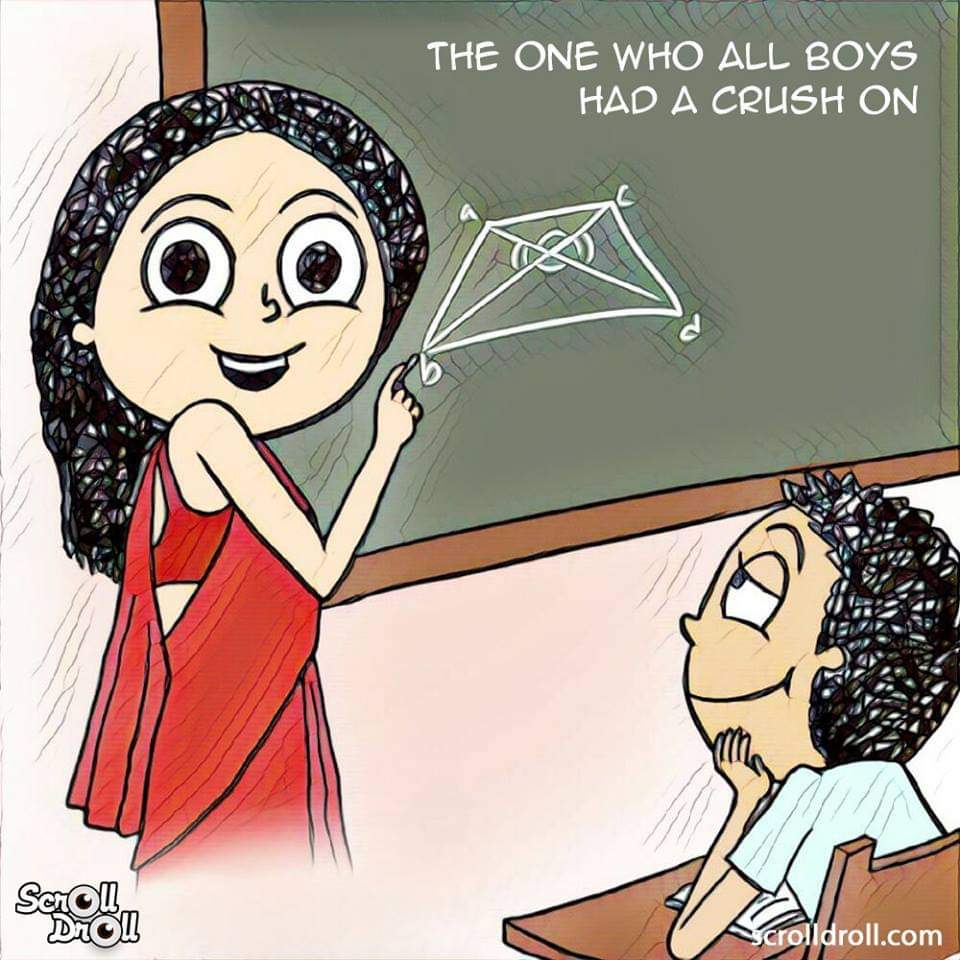 8. The PT teacher you called sir by mistake:

If you sometimes forgot if your PT teacher was not your PT sir, she was doing her job right! 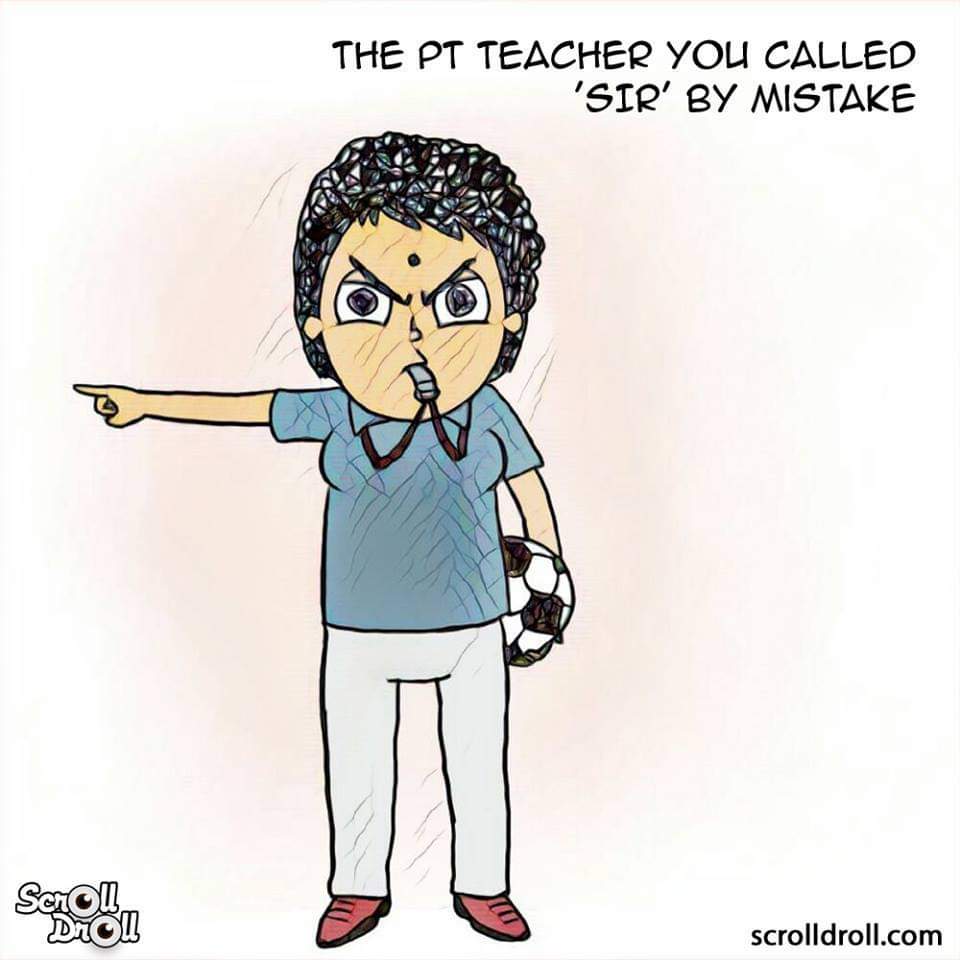 9. The one who gave the most unique punishments:

There was always the teacher who probably should have taken up a career in writing TV soap instead, because she had the most creative punishments up their sleeve! 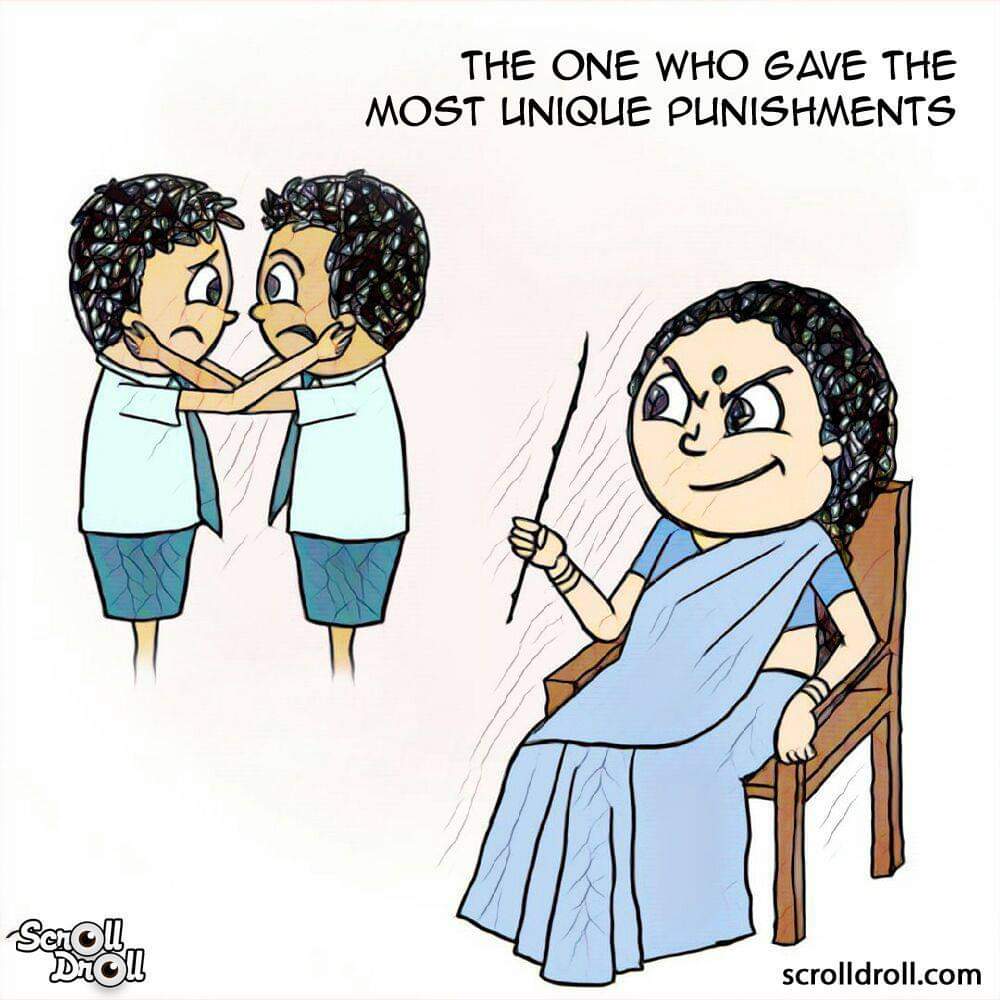 10. The one who was clueless about everything:

We all had that one teacher who’d always want extra time to figure out our doubts – however as an adult, we appreciate a teacher who could tell us when they didn’t know something rather than giving us a wrong answer or worse, calling us stupid for our question. 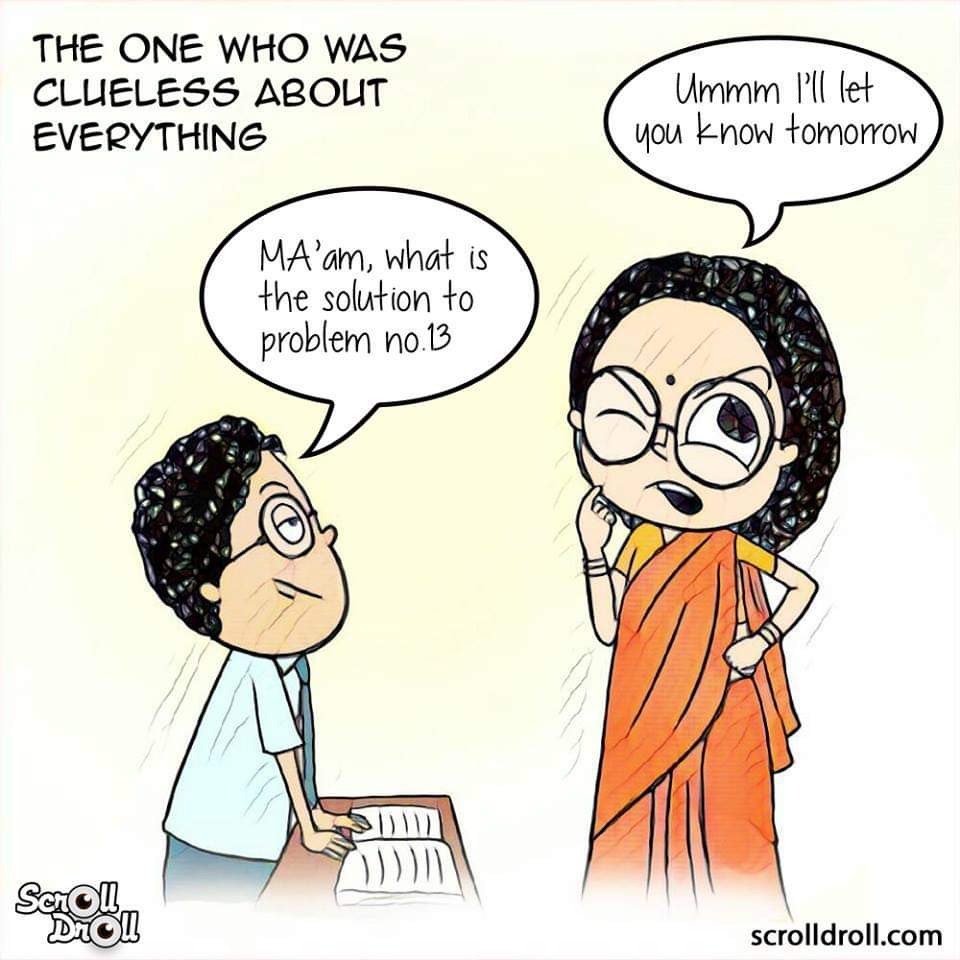 11. And lastly, the one who made us what we are today.

This one will always be our favourite. The one teacher who showed us the way when we felt lost, who believed in us before we did, and who saw talent in us before we recognized it. ❤️ 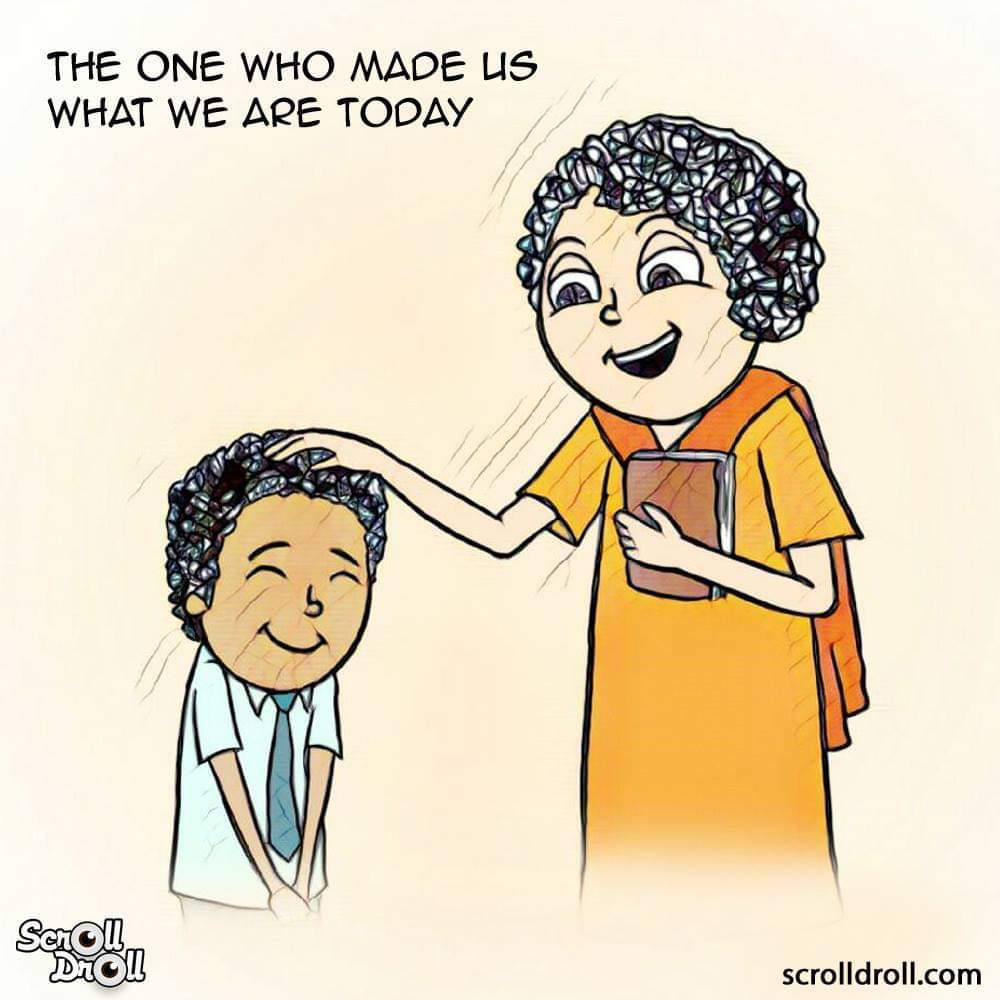 Did you like these posters about the types of teachers we all had? Comment below to tell us about your favourite teacher!