Bollywood is legendary for remakes and sequels, and there are quite a few ones which are slated to release in the near future. Some of them are already in the post production phase, and have wrapped up filming while some are still in their initial stages of development. Here is our list of the upcoming Bollywood movie sequels we think you might be interested in. Read on to find out :

It was clear that a third movie was being planned for the Hera Pheri franchise because the second movie ended on a cliffhanger. Due to a number of problems, the production was long overdue, and eventually the project was cancelled. Indra Kumar will helm Hera Pheri 3, and it was announced in May 2018 that Akshay Kumar, Sunil Shetty, and Paresh Rawal will reprise their respective roles as Raju, Shyam, and Baburao from the previous movies. It was reported in April that Indra Kumar had quit the project. Now that Priyadarshan, the director of the first film, has returned, he will helm the 2023 film starring Akshay Kumar, Sunil Shetty, and Paresh Rawal. This is one of the most anticipated upcoming Bollywood sequels. 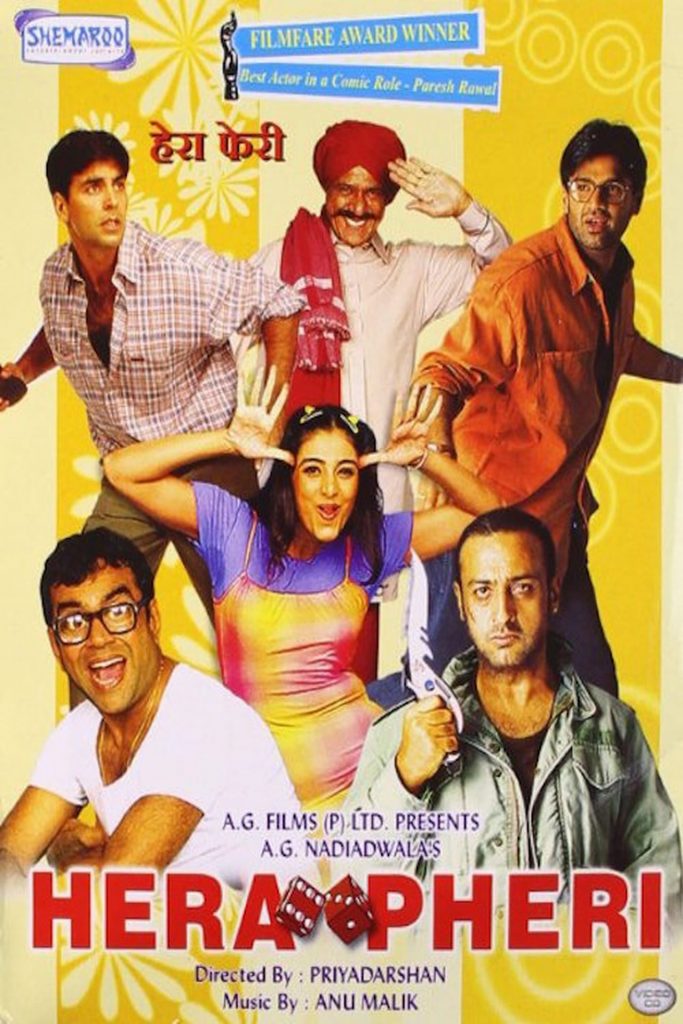 According to this report by News18, after Kartik Aaryan departed from the movie, Dostana 2’s future remained uncertain. The actor’s departure from the project had been the subject of many rumours, but the real mystery was whether the movie would ever be realised. Additionally, rumours began to circulate that Janhvi Kapoor and Lakshya Lalwani’s movie, which would have been Lakshya’s Bollywood debut, had sought Akshay Kumar to play Kartik’s role. Contrary to rumours that the movie has been shelved, a report in Mid Day claimed that Dostana 2 would be produced and would be prepared to begin production in November. 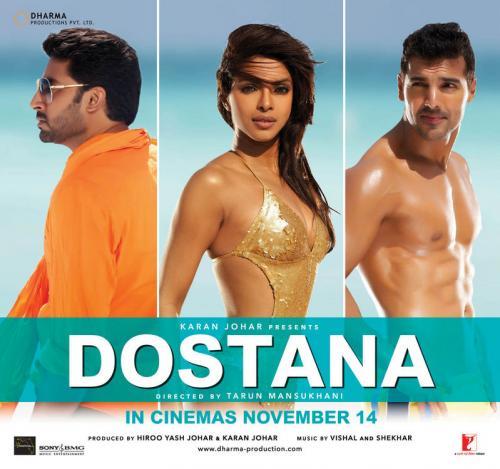 Director Shetty is interested in the franchise’s fifth entry after the fourth installment’s release. He declared that there would undoubtedly be another instalment whenever the correct script was obtained. Actor Ajay Devgn has expressed interest in returning for the next chapter. Kareena Kapoor reportedly has plans to appear in the upcoming film. Rohit said on November 7, 2021, that the title of the fifth instalment in the Golmaal series will be Phir Golmaal. On the same day, he also said that it would centre on Gopal, Madhav, Laxman, Lucky, and their new friend Vicky resolving a case in which they were falsely convicted of a murder and kept getting into difficulty while doing it. 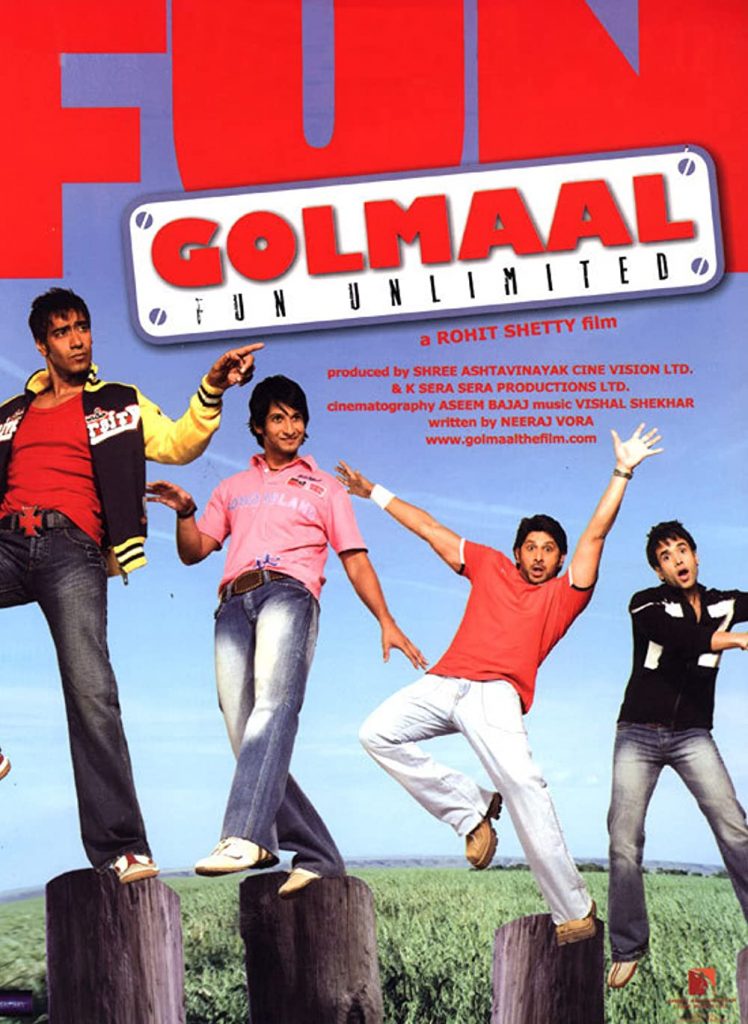 As he believes that the public wants Krrish 4, Rakesh Roshan has indicated that he will soon begin production on the film. Rakesh Roshan announced the fourth instalment of the franchise in September 2016. According to a September 2017 story, Hrithik Roshan would play two roles—the protagonist and the antagonist. Rakesh Roshan has stated that Priyanka Chopra will return as Priya Mehra in the movie. On June 23, 2021, Hrithik Roshan teased Krrish 4 on his social media accounts to mark the completion of Krrish’s 15-year run. Another iconic movie series, everyone can say that Krrish 4 is one of the most popular upcoming Bollywood sequels. 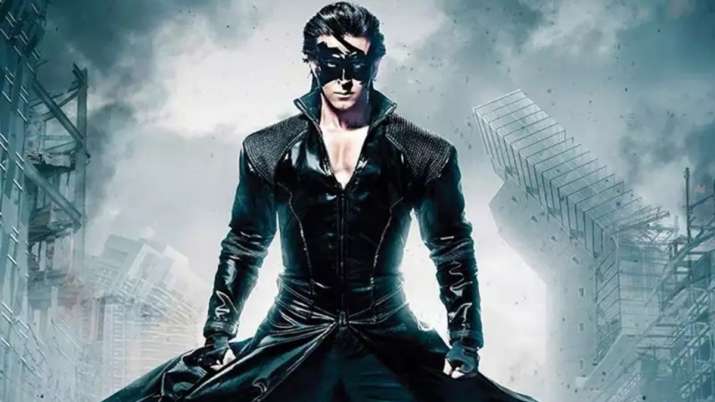 Amit Rai is the writer and director of the upcoming satirical comedy-drama movie OMG 2 – Oh My God! 2. The film, which stars Akshay Kumar, Pankaj Tripathi, Yami Gautam, Rofique Khan, and Arun Govil, is a spiritual successor to OMG – Oh My God! (2012). The theme of the movie is the Indian educational system. 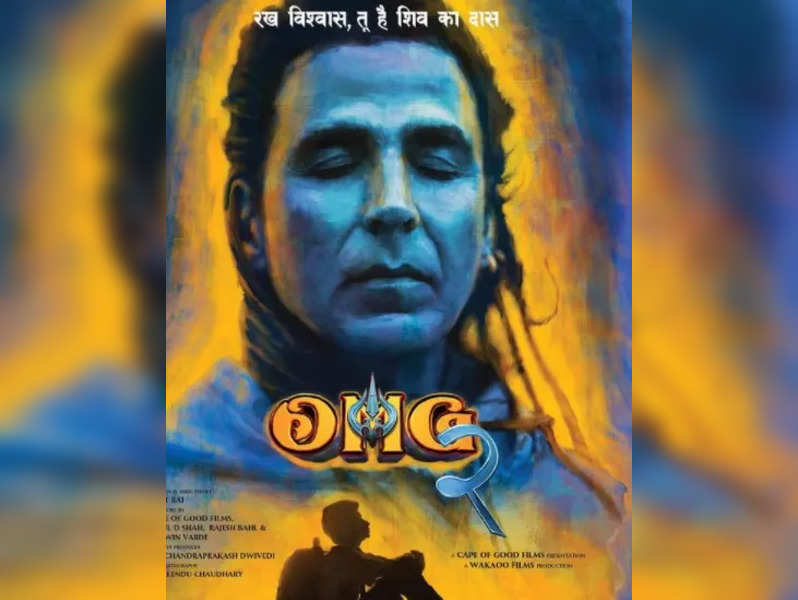 Due to actors’ conflicting schedules, Go Goa Gone 2’s filming was supposed to begin in January 2019, however it was postponed to September 2020. Maddock Films revealed the movie’s first look poster on January 15, 2020, via their social media accounts, with a March 2021 release date. The covid-19 epidemic in 2020 caused a delay in the movie’s production. Saif Ali Khan, Kunal Khemu, Vir Das, Anand Tiwari, and Puja Gupta will all return for the sequel in their respective roles. It is anticipated that the movie will pick up where it left off. 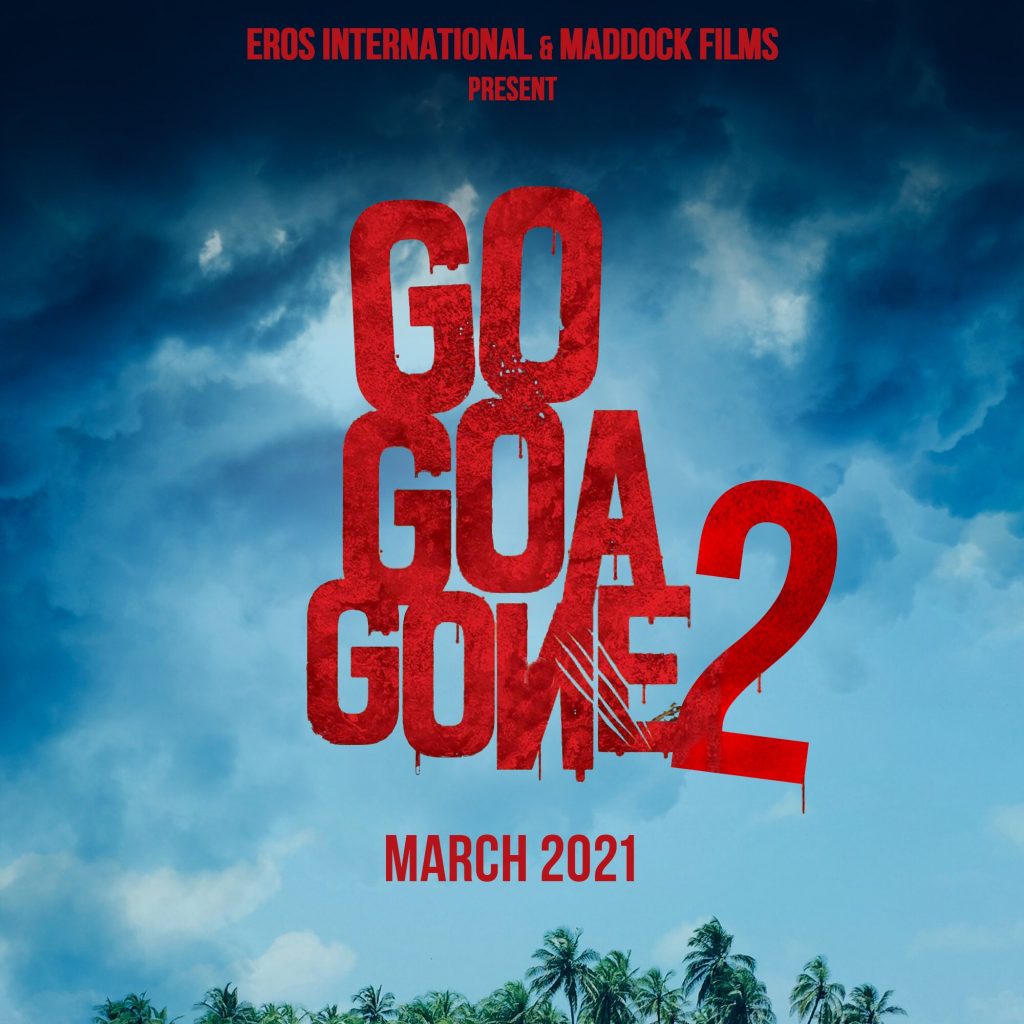 Mrighdeep Singh Lamba is the director of Fukrey 3, which is made by Ritesh Sidhwani and Farhan Akhtar’s Excel Entertainment. Pulkit Samrat, Varun Sharma, Richa Chaddha, Manjot Singh, and Pankaj Tripathi are the stars of “Fukrey 3.” The Fukrey 3 actor Pulkit Samrat shared a picture of the cake from the wrap party on his Instagram story. The words “wrap” and “Fukrey 3” are also written on the design. According to reports, filming for Fukrey 3 began in March of this year. The film’s filming had previously been suspended because of a lockdown in Maharashtra in April. This is one of the upcoming Bollywood sequels you should be on the lookout for. 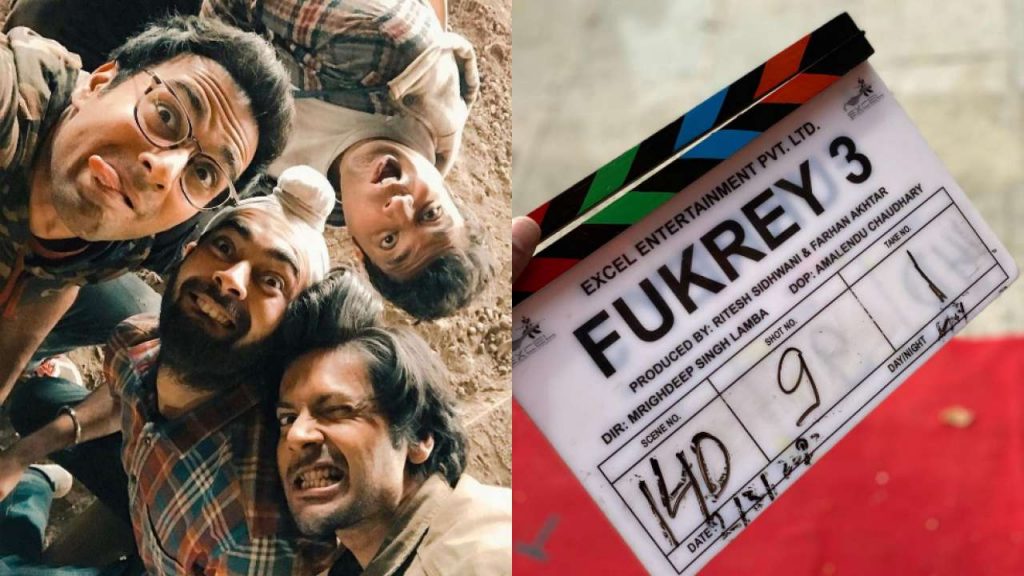 Salman Khan and Katrina Kaif will both be back in the third Tiger movie, which is named Tiger 3 and is helmed by Maneesh Sharma. The adversary in the movie will be portrayed by Emraan Hashmi. The film’s writers are reportedly Shridhar Raghavan and Aditya Chopra. 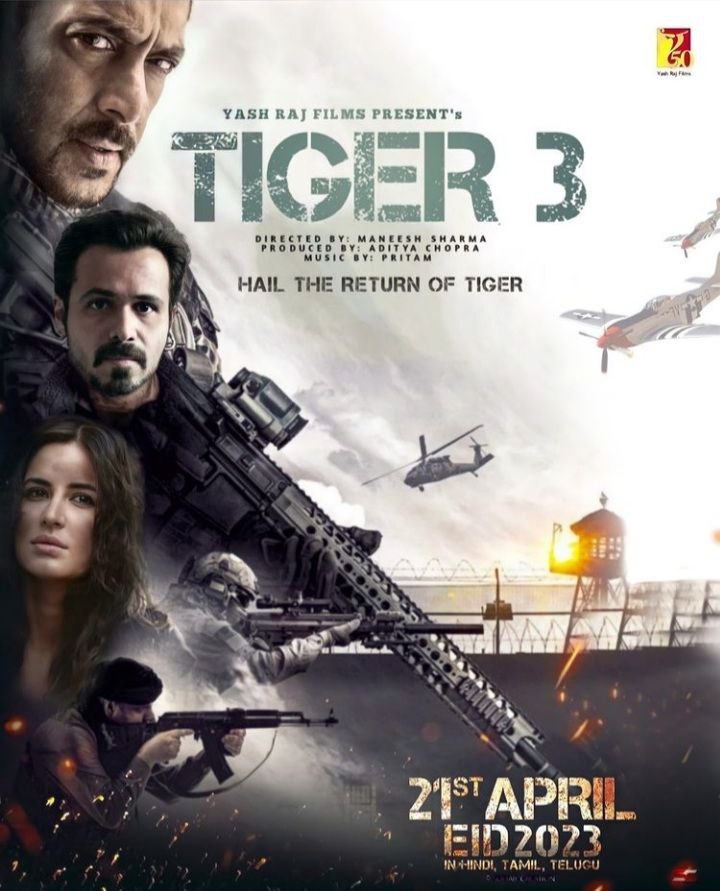 Ishq Vishk, a coming-of-age romance drama from 2003 that was Shahid Kapoor’s Bollywood debut, has a particular place in audiences’ hearts because of its breezy romantic theme and amusing, relatable scenes that will transport you back to your college years. The plot and premise of the movie, which also starred Amrita Rao, Shenaz Treasury, and Vishal Malhotra, particularly appeal to children born in the 1990s. Even though viewers still enjoy watching this movie on TV and OTT platforms, Pashmina Roshan, Rohit Saraf, Jibraan Khan, and Naila Grewal will star in the sequel, Ishq Vishk Rebound, which was just revealed by the film’s producers. 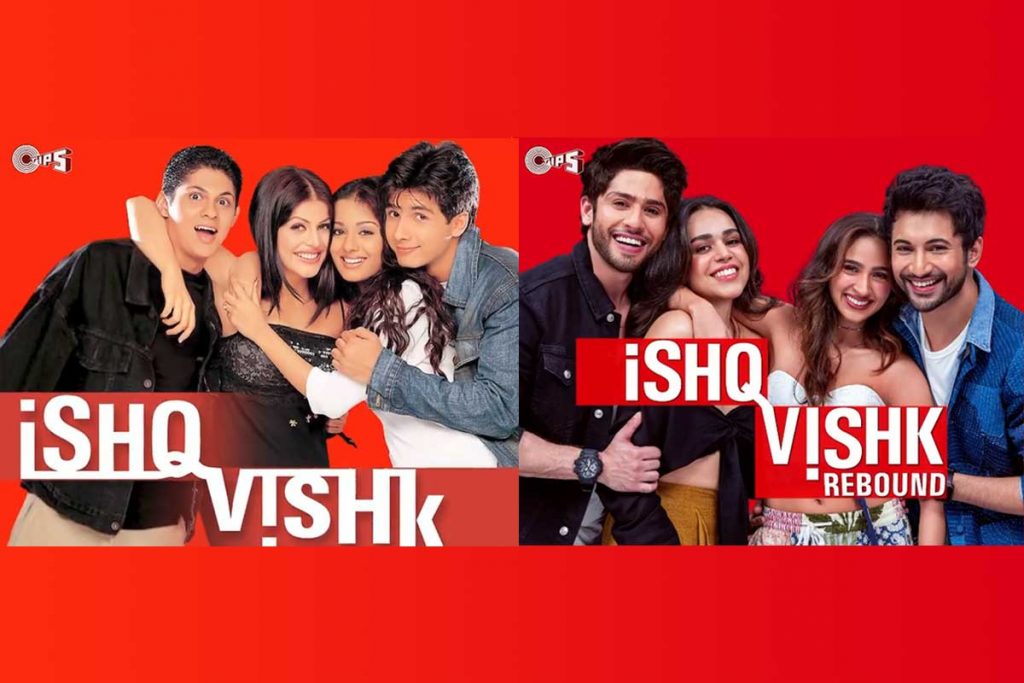 Anil Sharma is the director of the Bollywood historical drama Gadar 2. Superstars Sunny Deol and Ameesha Patel will make their 20-year reunion in the film. Alongside Deol, Utkarsh Sharma will play the lead in the film. Gadar: Ek Prem Katha’s sequel is titled Gadar 2. Shaktimaan will write Gadar 2, which will be produced by Zee Studios and Anil Sharma Productions. 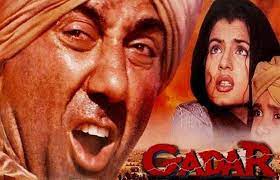 We hope we have set the ball rolling for your excitement and anticipation for these films. Be sure to check them out when they do release to find out how our iconic favorites get extended into the future in 2022.

Hollywood Movies Releasing In September 2022 To Look Forward To