2020 wasn’t exactly the best year for the entertainment industry. With theatres closed for a good chunk of the year, a lot of releases were delayed, while some movies were released on various OTT platforms. However, now that normalcy is slowly seeping into our everyday lives and people are starting to visit theatres again, 2021 has a number of great releases lined up for the year. These are our picks for upcoming Hollywood movies we’re most excited to watch this year.

1. Shang Chi And The Legend of The Ten Rings

One of the most-awaited movies in the Marvel Cinematic Universe, the movie introduces the character of Shang Chi, who is often referred to as the Master of Kung-Fu. In the comic, he also gains the power of cloning down the line and joins the Avengers at one point. After the wrapping up of the Infinity Saga, fans are curious to know what’s in store for the future Avengers movies. Shang Chi is easily one of the most exciting upcoming Hollywood movies to release in 2021. 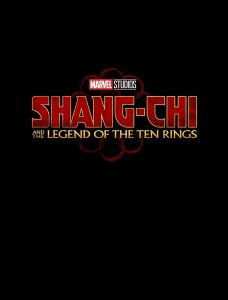 There’s something about Rosamund Pike that just clicks every time she plays a psychopath on screen. I mean, who wasn’t terrified of her after watching Gone Girl? In I Care A Lot, Rosamund Pike plays an attorney who drains elderly clients of all their funds. However, when she begins working for one particular client, things begin to go downhill. 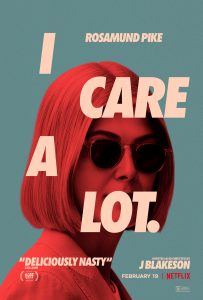 It seems like Tom Holland is actively trying to break out of his friendly neighbourhood Spider-Man persona, given the last few movies we have seen him in. In his latest movie, Tom plays an ex-army medic who suffers from PTSD and a debilitating drug problem. He meets the love of his life as a young man but makes a series of wrong decisions that jeopardize their relationship. 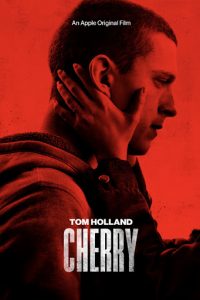 Vin Diesel returns as the brooding patriarch of the franchise in its latest offering. The movie follows immediately after the events of The Fate of The Furious, with Dominic and his crew having to fight off a skilled assassin who also happens to be Dominic’s estranged brother.

Releasing on: 28th May 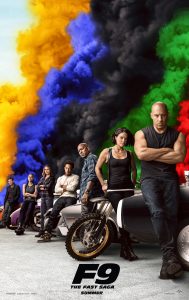 What if your life was a simulation? What if you were a character completely at the mercy of your writer? Well, the idea isn’t exactly unvisited, but by the sound of the project, we probably are in for a treat. Ryan Reynolds plays Guy, a guy in a videogame who realises that he’s a guy in a video game. Go figure. Jodie Comer of Killing Eve fame also joins Reynolds in the cast. The intriguing storyline and the great cast make Free Guy one of the most awaited upcoming Hollywood movies of 2021.

Releasing on: 21st May 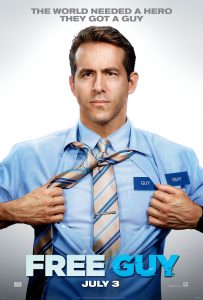 (Spoiler from Avengers: Endgame ahead)

For most of us, it is difficult to imagine an Avengers team that doesn’t have a Black Widow. Sadly, that seems to be the reality as the veteran member died in Avengers: Endgame. However, it seems like Marvel isn’t done with Black Widow yet, as she finally gets her solo movie.

Releasing on: 7th May 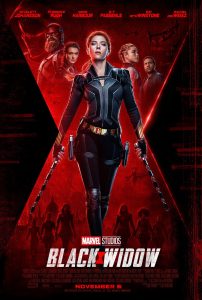 Dune is a sci-fi movie based on the novel of the same name. The film follows the story of Leto Atreides who accepts to take care of the volatile desert planet Arakis, also known as the Dune, which contains the most valuable substance in the world, a drug which gives one superhuman power and longer life. With Timothée Chalamet enjoying a crazy following amongst female fans of late, Dune is one of the most exciting upcoming Hollywood movies to release this year. 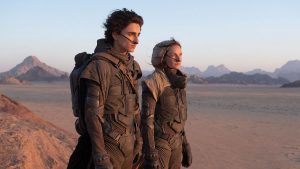 For most of us, the Tom and Jerry cartoon series was an indispensable part of our childhoods. We spent entire mornings, afternoons and evenings watching the two characters fight like – well, a cat and a mouse. So when the trailer for the Tom & Jerry movie dropped, Indian fans were over the moon. The movie brings the two iconic characters to the big screen. It follows the story of Tom as he gets disowned by his owners and Jerry, who is homeless as well. In New York City, their paths cross again. 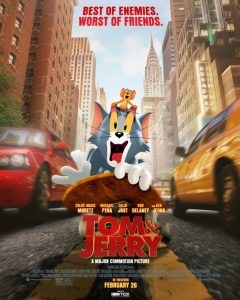 9. The Conjuring: The Devil Made Me Do It

Originally scheduled to release in 2020 Halloween, the makers decided to postpone the release of the third instalment of the immensely popular horror series when it became clear that 2020 itself was quite the horror movie. Jokes aside, The Conjuring: The Devil Made Me Do It focuses on the story of a murderer who claims to be possessed by the devil. The paranormal investigator couple, Ed and Lorraine Warren, must find out the truth. 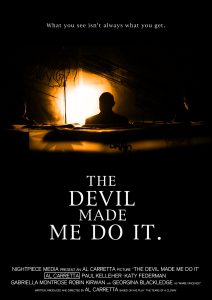 Another movie originally scheduled to release last year on Halloween, Halloween Kills is a slasher film that follows the story of Laurie Strode and her family preparing to fight Michael Myers, a murderer on the loose, during 2018 Halloween. 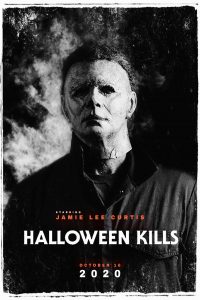 In his final movie playing the iconic British spy, Daniel Craig returns to screens as James Bond for one last time. In No Time to die, the secret agent is required to rescue a kidnapped scientist, and along the way, he discovers a brand new enemy who’s armed with tech that nobody else has. 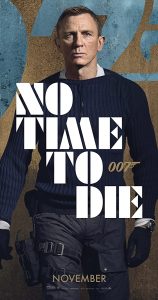 After the extravagant success of the first instalment, The Boss Baby hits the theatres again with a fresh movie. With Tim and Ted now adults, the two estranged brothers consume a magical formula that transforms them into babies, so they can stop an evil genius that wants to turn toddlers into horrendous brats. 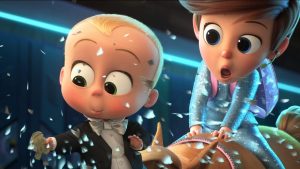 John Krasinski’s widely acclaimed directorial venture gets an exciting sequel with A Quiet Place Part II. The movie begins where A Quiet Place Left Off, with the Abbott family now forced to venture outside, they discover that the creatures that hunt by sound are not the only dangerous beings around them. 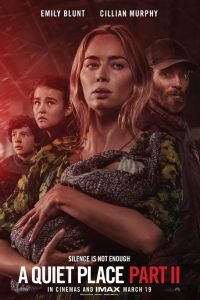 14. To All the Boys: Always And Forever

The final instalment in the To All The Boys I’ve Loved Before series, Always and Forever concludes the story of Lara and Peter, a couple millions around the world have come to adore. The movie follows Lara as her high school graduation draws closer, making her wonder what the future holds for her and Peter. 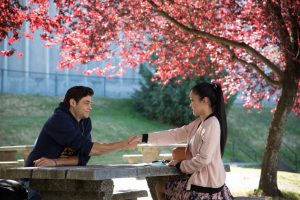 15. Venom: Let There Be Carnage

The well received Tom Hardy starrer Venom returns with a sequel with Venom: Let There Be Carnage. Usually depicted as one of Spider-Man’s strongest enemies, Venom is also an anti-hero and sometimes works with superheroes. It will be interesting to see if the character ventures out into other Marvel movies, especially the Tom Holland starrer Spider-Man series. 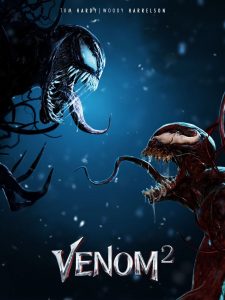 The movie is a period drama that follows the story of a Kingsman Agency formed in early 20th century to defend the world against its most diabolical tyrants who want to plot a war that could wipe out the human race as we know it. 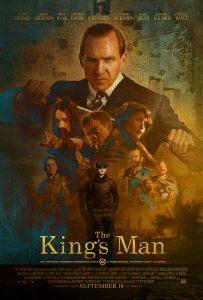 Based on a children’s novel of the same name, Flora and Ulysses might just be the perfect family time you want to spend with your children. The movie follows the story of a little girl named Flora who adopts a squirrel named Ulysses, who also happens to have superpowers. 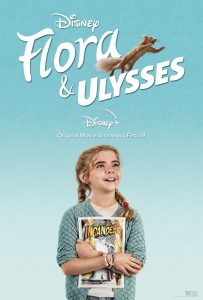 One of the most exciting Marvel projects to come out this year is The Eternals. Like the Avengers and the Guardians of the Galaxy, The Eternals are a team of super-warriors created by the Celestials, who spring to action after the tragic events of Avengers: Endgame. 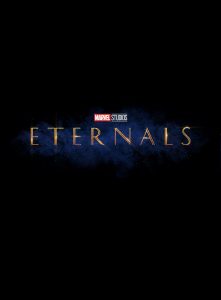 A live-action film based on the animated Disney movie 101 Dalmatians, Cruella follows the evil exploits of Cruella de Vil who starts off as a fashion designer in the 70s and becomes obsessed with dogs’ skins.

Releasing on: 28th May 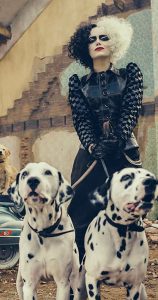 Much to the excitement of fans, the latest offering from the Matrix franchise, The Matrix 4 is expected to come out this year. The series is set in a dystopian world where AI has produced a race of sentient machines that have managed to cage the human race in a virtual system. The fourth instalment of The Matrix Series will also have Neil Patrick Harris and Priyanka Chopra among others joining the cast.

Releasing on: 22nd May 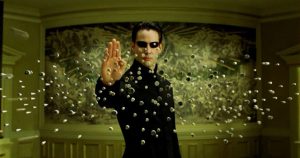 A sequel to the 1986 movie Top Gun that cemented Tom Cruise’s superstardom in Hollywood, Top Gun: Maverick has Cruise reprising his role as Lieutenant Pete Maverick who has spent many years of his life as one of Navy’s top aviators. He is now tasked with training a new squad of graduates for an important mission that might put their lives at great risk. 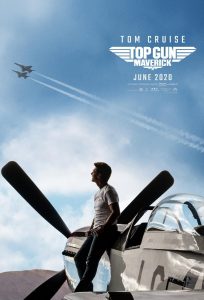 We hope you liked our list of upcoming Hollywood movies we would love watching this year. Which one are you most excited about? Comment below!