The year 2020 brought with it a pandemic and a global lockdown. With limitation on movement and prohibition of gatherings, many industries suffered setbacks. Similarly, many of ISRO’s missions were delayed and the timelines had to be moved up. However, with the availability of various vaccines around the world, things are looking up for the space agency in 2021. Keep reading to find out about the most exciting upcoming ISRO missions that have been planned so far. 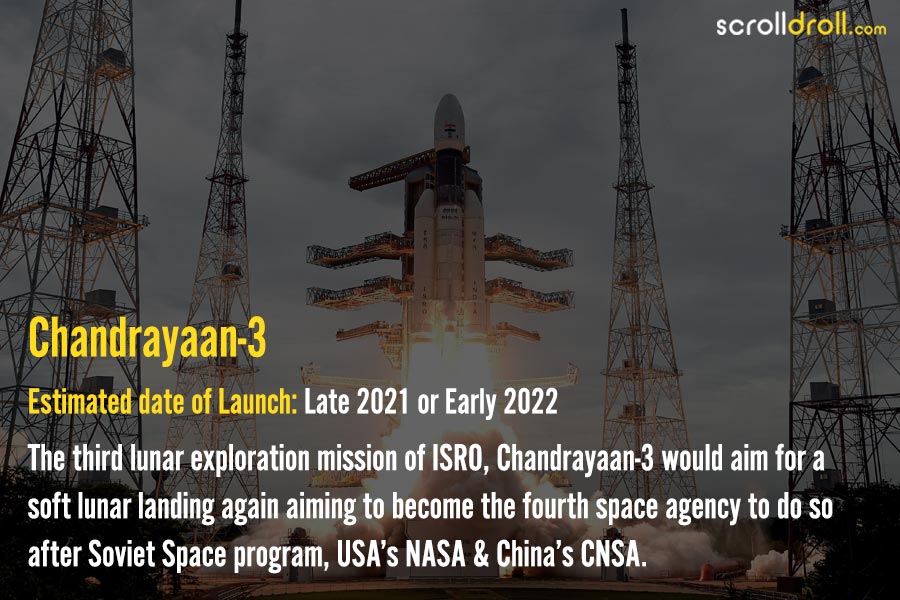 One of the most exciting missions of ISRO, Gaganyaan will be the first manned spacecraft ISRO is designing. It is likely to carry a team of two to three people. It was supposed to be launched in 2021, but due to covid, the launch has been delayed. Various components of the Gaganyaan are being designed by different bodies. The Hindustan Aeronautics Limited (HAL) already has successfully tested the crew module. DRDO has been tasked with providing space-safe food, healthcare etc for the astronauts on-board. The Gaganyaan is easily one of the most exciting upcoming ISRO missions on the cards. 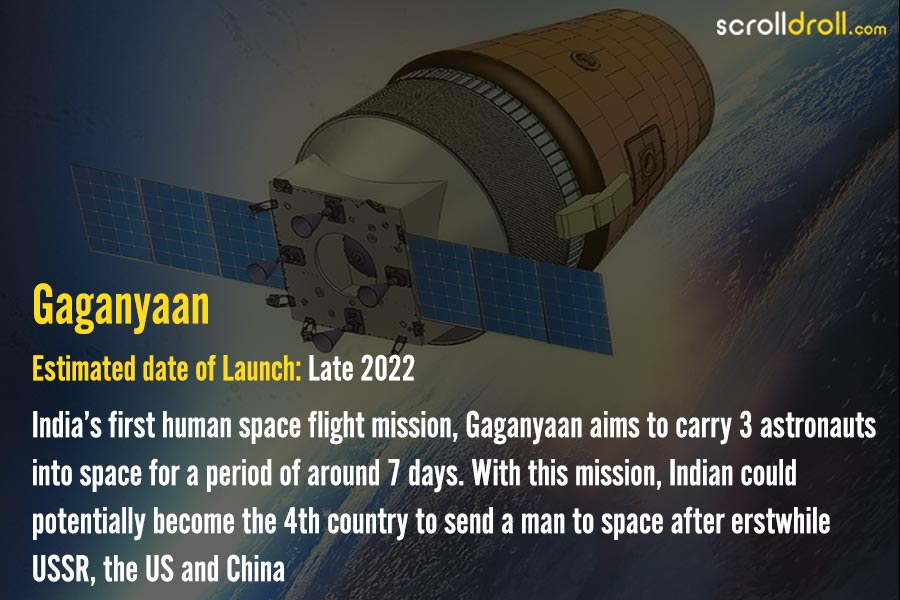 Lunar Polar Exploration Mission, or LUPEX, is a robotic lunar exploration mission that aims to explore the south pole region of the Moon using a lunar rover and lander. ISRO has collaborated with the Japanese Aerospace Exploration Agency (JAXA) for this mission slated to launch in 2024. While the Japanese space agency has been tasked to provide the rover and the H3 launch vehicle for the project, ISRO will provide the lander. 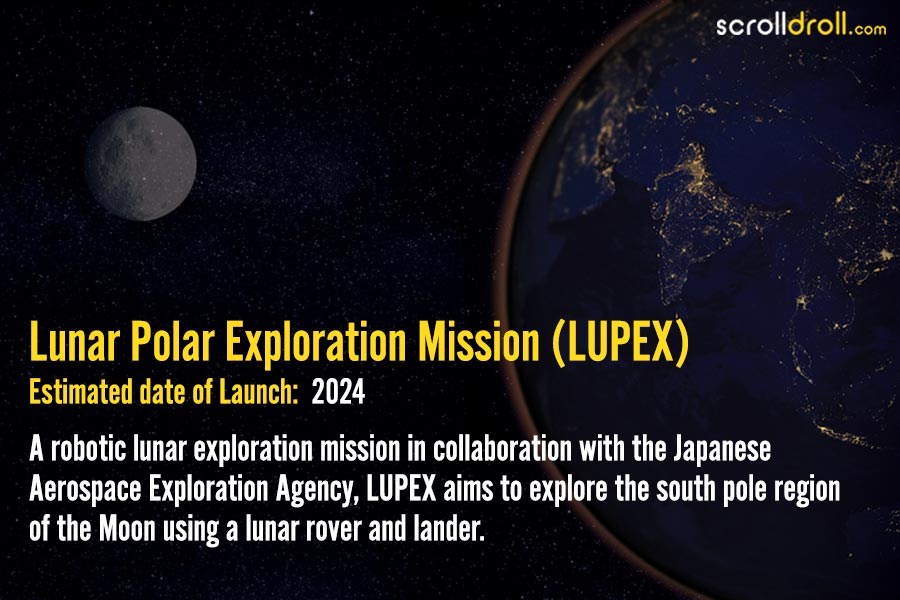 Slated for a launch in early 2022, the Aditya L-1 spacecraft will be India’s first solar mission to date. ISRO will collaborate with several research institutes across India for this project. Aditya L-1 is supposed to observe data about the solar photosphere (outer shell of the sun), chromosphere (second layer of the sun), and corona (the outer atmosphere that surrounds the sun). Because it is not possible to observe the sun from the same proximity as some other celestial bodies, the sun has been a bit of a mystery to humans. Aditya L-1 seeks to give insights to some of these unanswered questions. 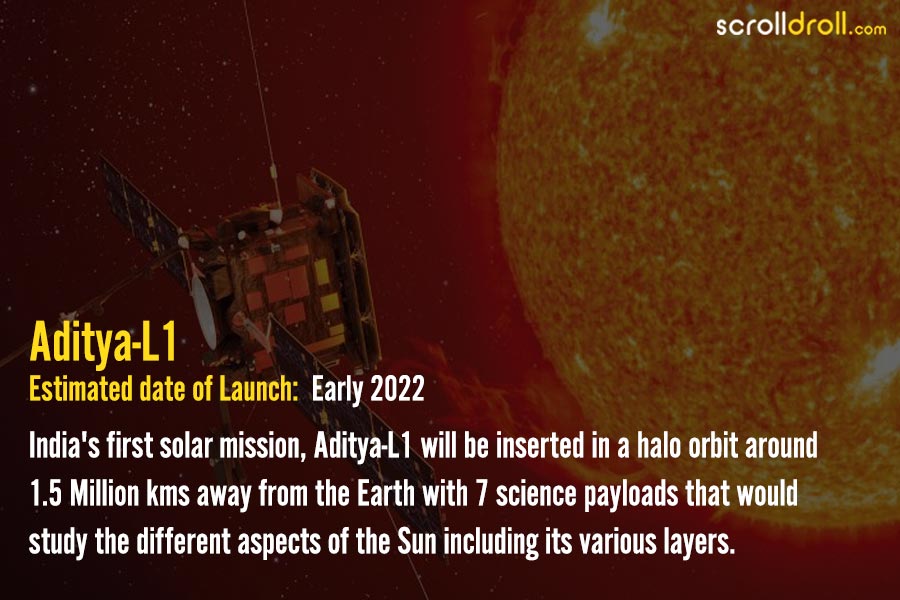 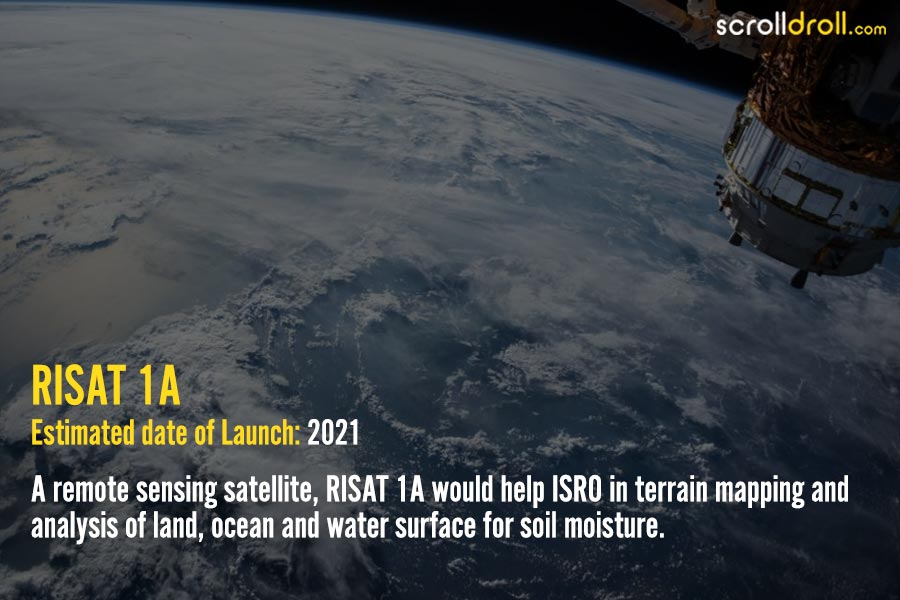 The NASA-ISRO Synthetic Aperture Radar or NISAR is a collaborative project between ISRO and NASA. Synthetic aperture radar is used to make 2D and 3D images of objects. The NISAR satellite will be used to observe various natural processes that happen on earth. At a cost of $1.5 billion, NISAR will be the most expensive satellite to image earth. 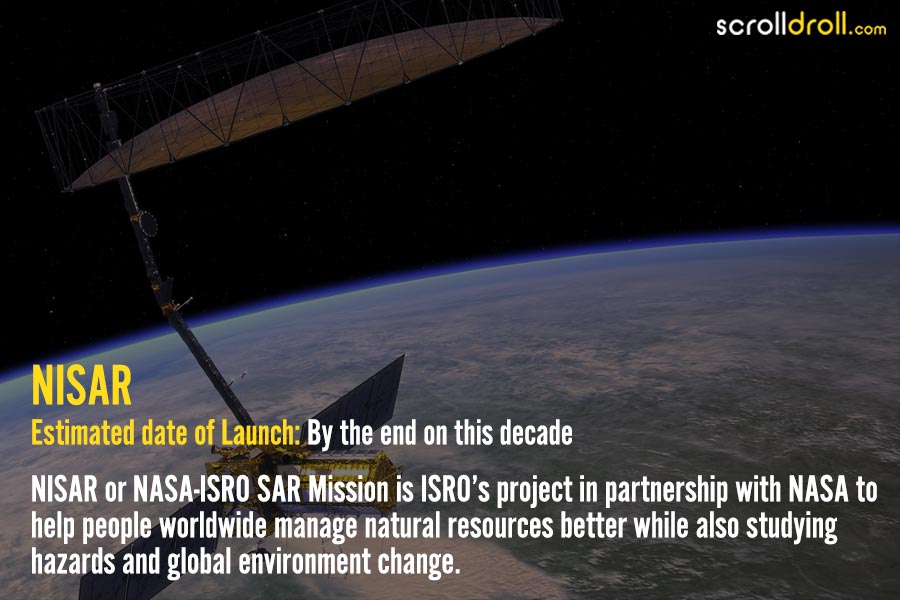 In 2014, India became the first country to successfully launch a spacecraft into Mars’ orbit on its first attempt. The impact of Mangalyaan was such that it instantly put ISRO on the world map. Slated to be launched in 2025, Mangalyaan-2 will be designed to enter a more suitable orbit to enable better observation. 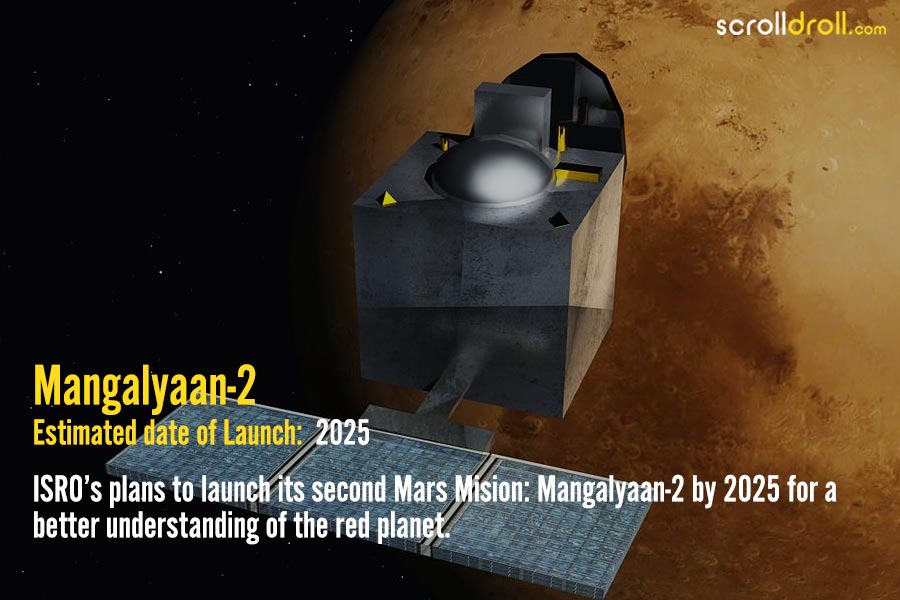 As the name suggests, the Shukrayaan is a proposed project by ISRO that will orbit Venus and collect data about Venus’ atmosphere and surface. ISRO might collaborate with the French space agency (CNES) for this project and preliminary discussions are still going on. 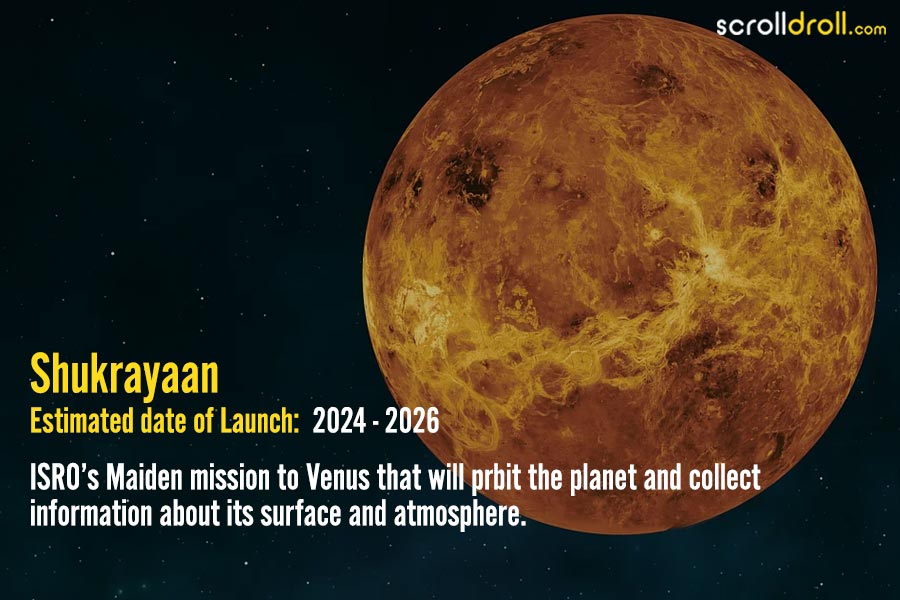 After the historic Gaganyaan Mission that has been planned to be launched anywhere around 2022, ISRO has been looking forward to making its own space station in the near future. Apparently, it will weigh around 20 tonnes and astronauts can stay around 15-20 days in it. The space station will be discharged in an orbit 400 km away from earth. ISRO may need 5-7 years after Gaganyaan’s launch to complete this mission. 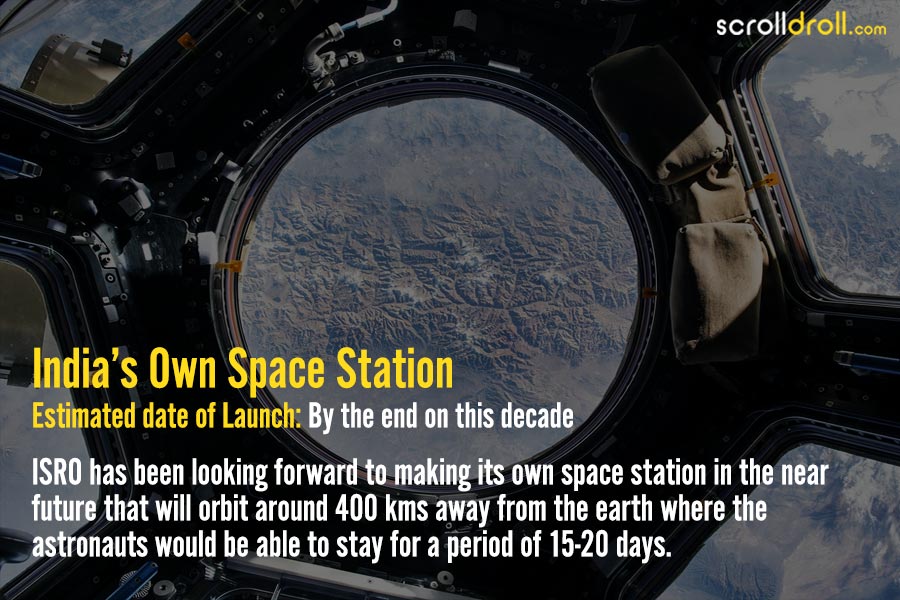 ISRO had planned its experimental space docking system to be launched in 2020, but with the pandemic, the mission was delayed. Docking refers to the joining of two airborne objects in space. This arrangement can be used to make the overall structure bigger, or to transfer goods or astronauts from one place to another. With the SPADEX program, India plans to launch two satellites and dock them together. 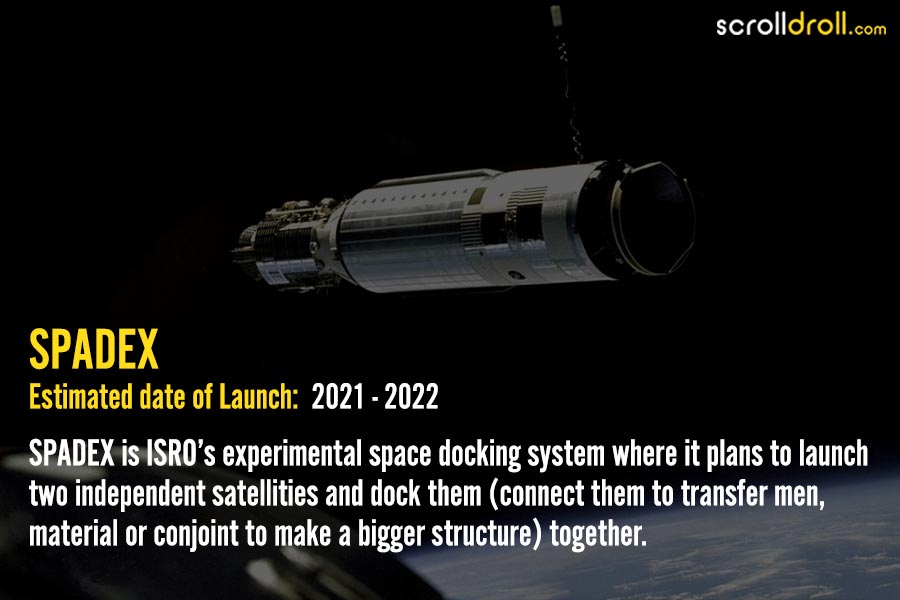 We absolutely cannot wait for these upcoming ISRO missions to come to fruition. Which one of these missions excites you the most? Comment Below!

A Comprehensive On Uwatchfree And Its Alternative Websites