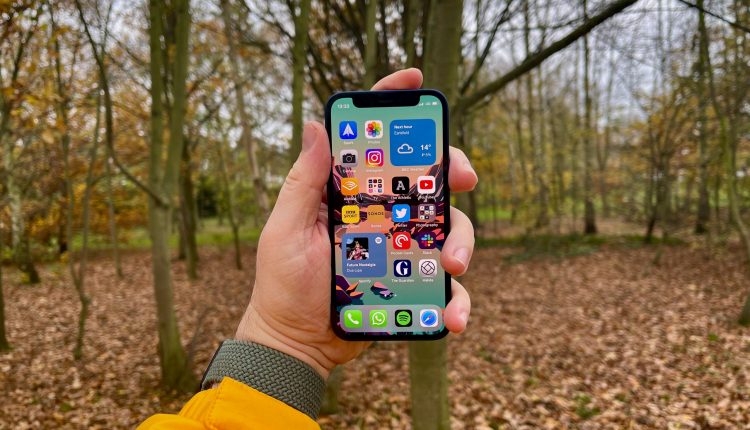 With a limited supply of chipsets and other hardware, smartphone manufacturers have had a difficult time in 2021. The coming year, however, should be exciting, as supplies gradually return to normal. Leaks have already given us a sneak peek at some of the devices that will be released in 2022. The launch of Realme’s most premium flagship phone, the Realme GT 2 Pro, is expected to kick off in 2022. Xiaomi 11i HyperCharge, OnePlus 10 Pro, Samsung Galaxy S22, and other devices are on the way. Big design changes are expected on devices like the OnePlus 10 Pro, Samsung Galaxy S12, and Pixel 6a. Continue reading to learn about the mobile phones launching in 2022.

The OnePlus 10 Pro is one of the most anticipated flagships in the coming months. Unlike the OnePlus 9, which was released in late March, the upcoming device will be released in January 2022, according to CEO Pete Lau’s recent Weibo post. While the exact launch date is unknown, rumors suggest the device will be unveiled on January 5 at CES 2022. In addition, the OnePlus 10 Pro will have an LTPO OLED display. While drawing less power than traditional OLED displays, this panel can switch between 1GHz and 120Hz. The smartphone will be powered by the Snapdragon 8 Gen 1 processor, which is currently used in the Moto Edge X30.

Another flagship device, the Samsung Galaxy S22 Ultra, is set to debut in the first quarter of 2022. In a recent tweet, tipster Jon Prosser suggested that the launch could happen on February 9 of next year. This is a day later than the previously announced launch date. According to Prosser, the delay is due to supply chain issues. The design of Samsung’s upcoming flagship is expected to undergo significant changes. With no camera module, a design reminiscent of the Galaxy Note, and a new S-pen. The Snapdragon 8 Gen 1 chipset or the Exynos 2200 chipset may be used in the Samsung Galaxy S22 Ultra, depending on the region. The camera system is said to be identical to that of the S21 Ultra. However, it is expected to have better picture quality than its predecessor.

Another series of mobile phones launching in 2022 that the public is waiting eagerly for is the Xiaomi series. Xiaomi’s mid-range device, the Xiaomi 11i Hypercharge, will also be released in the country. The company recently released a teaser that revealed the launch date, which is January 6. According to the teaser, the Xiaomi 11i Hypercharge will be India’s first smartphone to support 120W fast charging. It will also support 5G. While the specifications have not yet been released. According to rumors, the device will be a rebranded Redmi Note 11 Pro+. If that’s the case, the phone could have a 6.67-inch AMOLED display with a 120 Hz refresh rate. The Xiaomi 11i Hypercharge could be powered by the MediaTek Dimensity 920 chipset. This device could have a 108-megapixel triple rear camera system. Finally, a 4500mAh battery may be included.

The Pixel 6a, unlike the other devices on the list, is expected to be released later in 2022. In 2022, the mid-range Pixel is expected to undergo a number of interesting changes. Starting with the design, we could see the Pixel 6a in a new guise that incorporates the flagship Pixel 6 lineup’s design. It may also include a custom Tensor chipset, which Google debuted on the Pixel 6 for the first time. The Pixel 6a could have a 6.2-inch OLED display with a refresh rate of 90Hz or 120Hz. However, the camera system is expected to be identical to that of the Pixel 5. There isn’t a lot of information about its release date right now. According to previous launch timelines, the device should be available in August 2022.

Next for mobile phones launching in 2022, we have Samsung Galaxy S21 FE. At the lower end of the premium segment, Samsung’s Galaxy S20 FE 39,650 was a great smartphone with features like an IP68 rating, a high-quality AMOLED display, and good camera performance. And now, the Galaxy S21 FE, its successor, has been announced. In leaked renders, the phone looks similar to the Galaxy S21 series in terms of design, but it also borrows the camera module from the Galaxy A52s 5G, which has a finish that matches the back panel. According to previous rumours, the S21 FE will be unveiled in India in January 2022, followed by a global launch.

The first iPhone SE was released four years before the current model, and now there are rumours that a new one is on the way. Known as the iPhone SE 3 or iPhone SE 5G, previous rumours suggested a much larger 6.1-inch display than the current model’s 4.7-inch display. While earlier reports suggested that it would be powered by an Apple A14 Bionic processor, newer rumours suggest that the A15 Bionic could be used instead. What has remained consistent throughout all of the rumours is that it will be released in mid-2022 and will have a single rear camera. Another intriguing rumour claims that the iPhone SE 3 will be the first SE model to use Face ID rather than Touch ID. In the first quarter of 2022, the iPhone SE 3 is expected to be released.

The Xiaomi 12 will be the company’s next premium smartphone without the ‘Mi’ branding. The Xiaomi 12 was only recently rumoured, and it was only recently confirmed following Qualcomm’s Snapdragon 8 Gen 1 processor announcement. On December 28, the phone is expected to be released. Its rear camera setup, which includes a 50-megapixel primary camera, an ultra-wide-angle camera, and a telephoto camera, has also been teased in a leaked image. The Xiaomi 12X, Xiaomi 12, and Xiaomi 12 Pro are the three models expected to be released. According to a recent report, it will also have 67W fast charging. New Xiaomi 12 Pro artist-made 3D renders have also surfaced online, along with a leaked photo of the case that surprisingly matches the render, revealing a completely redesigned rear camera module.

Last on our list of mobile phones launching in 2022 we have the most popular company, Google. With the Google Pixel 5a 5G only available in a few markets around the world, Pixel fans in India are now looking forward to the next model, dubbed the Pixel 6a. There isn’t much information about this upcoming smartphone, but according to a recent report, it will be powered by the Google Tensor GS101 SoC, which is also found in Google’s recently released Pixel 6 and Pixel 6 Pro smartphones. An alleged Pixel 6a dummy unit also leaked, revealing a design that resembles the Pixel 6 series and a similar rear camera layout.

Who else is excited for the new wave of smartphones arriving with the new year? We sure are! Which one of the mobile phones launching in 2022 are you waiting for eagerly? Let us know down in the comments below.