Big Upcoming Movies of Allu Arjun That We Can’t Keep Calm About!

Allu Arjun, fondly called Bunny has become a Pan India Star after his last blockbuster movie Pushpa: The Rise. The movie was released on 17th December 2021 and was appreciated worldwide. After the success of Pushpa: The Rise, the audience is eagerly waiting for the second part of the franchise. However, Allu Arjun has some more exciting movies coming up apart from Pushpa: The Rule. Here are some of the most awaited upcoming movies of Allu Arjun that the audience just can’t wait to watch. 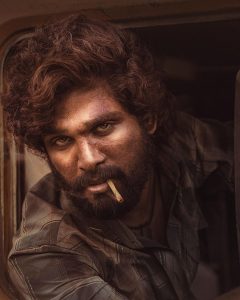 Pusha: The Rule is one of the most awaited upcoming movies of Allu Arjun. Pushpa part 2 will continue to explore the rise of Pushpa Raj and the red sandalwood smuggling syndicate. The first part of the franchise ended with Pushpa calling for war against Bhanwar Singh Shekhawat in the first part of the movie, released in 2021.

After the huge success of Pushpa: The Rule at the box office, it is anticipated that the sequel will release in 2023. However, strong sources suggest that Pushpa part 2 will not release this year. The wait is going to be a little longer than it is expected.

Produced by Dil Raju under the banner Sri Venkateswara Creations, Icon will feature Allu Arjun, Pooja Hegde, and Krithi Shetty in the leads. Vakeel Saab fame Venu Sriram will be directing the project. ICON will be his fourth directorial film. The icon was announced on Allu Arjun’s 36th birthday in 2019.

Another one on the list of upcoming movies of Allu Arjun is AA21. The movie will be jointly produced by Geetha Arts and Sudhakar Mikkilineni. Even though AA21 was about to go on the floors last year we still have not heard from the makers about the release yet.

Allu Arjun will be back soon with a bang! With so many upcoming movies lined up, let’s see if will he be able to stand the expectations of the audience or if will he disappoint his fans.