Hollywood always has a lot of content to offer when it comes to shows, but because of all the craziness in 2020, a lot of shows were either delayed or released in half. We can’t say we really loved much of 2020, but the year did give us an opportunity to catch-up on all the great TV we’d been missing out on. So now that you have watched all the shows you could possibly watch, you probably want to know when the new seasons are rolling in. Well, look no further, because here are 22 upcoming Television shows in 2021 you must not miss out on.

You feel a little stupid for crying over Loki’s death in Avengers: Infinity War, don’t you? Well, it seems like the God of mischief has outdone himself, this time. Not only has he managed to live in spite of Thanos murdering him, he has also stolen the tesseract and is travelling through time, altering what we know as history. With the revival of one of the most-liked characters in MCU, Loki is one of the most exciting upcoming Television shows in 2021. It is expected to release in May, 2021. 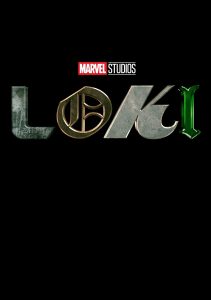 One of the most talked-about shows from 2020, Money Heist, or La Casa de Papel focuses on the story of a criminal mastermind named The Professor who assembles a group of eight people to execute an extremely ambitious heist plan that involves printing money inside the Royal Mint of Spain. The show is coming for a final season in the year 2021. 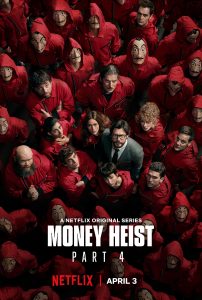 When the patriarch of the Roy family steps down from WayStar RoyCo, which happens to be the biggest media and entertainment company. His four children squabble amongst themselves to fit into prominent roles in the company. After two widely acclaimed seasons, the series is coming back for a third time in 2021. 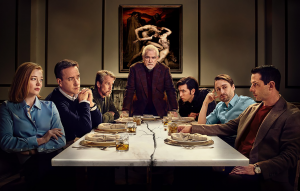 Perhaps the most famous Netflix show ever, Stranger Things is set in 1980s Indiana when a group of kids begin to witness several supernatural occurrences. Thankfully, the kids are accompanied by Eleven, a psychokinetic girl who helps them unravel these strange mysteries. With three wildly popular seasons down its sleeves, the series is naturally returning with a fourth one this year. 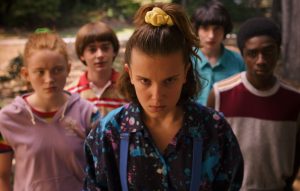 One of the most heartbreaking things to happen in Avengers: Infinity War was Wanda and Vision’s tragic love story having to come to an end in such a short time. It felt like they had barely spent any time together at all before Thanos ripped them apart. However, with Wandavision about to release in 2021, we’re excited to see the couple together again. The show premiered on January 15, 2021. 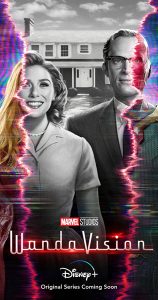 Dickinson follows the life of one of the most prominent figures in American literature, Emily Dickinson in 19th century America as she explores the nuances that underline gender. The second season premiered on 8th January 2021. 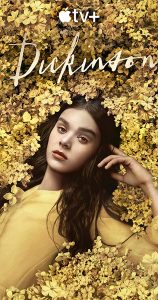 (Spoiler from Lucifer Season 5 Part A ahead)

Last year, Lucifer did us all dirty by throwing one of the most amazing cliffhangers one could have ever thought of. For years now, fans have been waiting for God to make an appearance in Netflix’s Lucifer, and in the final moments of Lucifer Season 5 Part 1, we watched God asking Lucifer and Michael to stop fighting. All we can do is hope Lucifer blesses our screens again, for we cannot wait to watch the interactions between Lucifer and his estranged father. 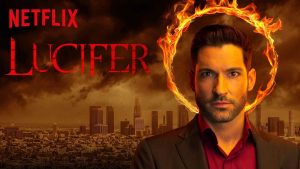 The dramedy follows the lives of a group of black students at an Ivy college that is predominantly white. While season 3 answered some of the questions posed by the previous seasons, we are yet to find out everything about the Order of X. Thankfully, the fourth season is supposed to release this year. The fourth season will be releasing later in 2021. 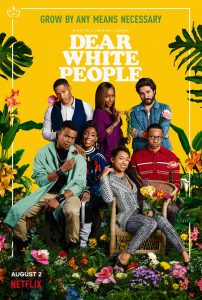 9. The Lord of The Rings by Amazon

Nothing makes readers happier than getting to watch their favourite books getting adapted into a series rather than a movie. And while The Lord of The Rings by Amazon isn’t exactly an adaptation, since it’s set in a time before the events of the books and the movies, fans of the mega-franchise are bound to be thrilled for this one! With a humongous budget, this ambitious project is easily one of the most exciting upcoming Television shows in 2021.

Thirty-four years after his defeat at the All Valley Karate Tournament, Johnny Lawrence now works as a part-time Handyman. He decides to reopen the Cobra Kai dojo, rekindling the rivalry between himself and Daniel LaRusso. After two successful seasons, the show is returning for a third one in 2021.The third season premiered on 1st January 2021. 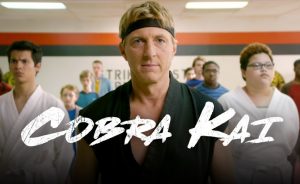 After her husband dies in a hit-and-run, Jen decides to find out the culprit herself. She meets another grieving woman, Judy, at a support group and the two women bond over grief and loss while Jen hides a secret that could alter Judy’s life. 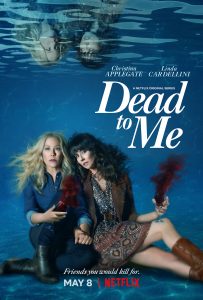 (Spoiler from Grey’s Anatomy Season 17 ahead)

Grey’s Anatomy hadn’t been consistently great in the last couple of years with multiple storylines being a bit of a miss rather than a hit. However, with the 17th season, Grey’s did a fantastic job with its depiction of how covid-19 affected the medical community. With the show’s beloved protagonist now fighting the disease herself, the 17th season has been an absolute tear-jerker. However, with covid adversely affecting the production, the show had an early mid-season finale and won’t be returning to screens for another couple of months. We can only wait to know what happens to one of the most famous characters on TV in 2021. The show will return to screens on March 4, 2021. 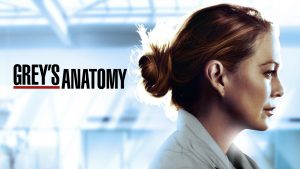 When Barry, a former Marine now working as a Hitman, discovers the joy of acting while on the job, he considers leaving his old life behind to pursue acting full time. After two critically acclaimed seasons, the series is returning for a third one. There’s currently no word on when the new season will be out. 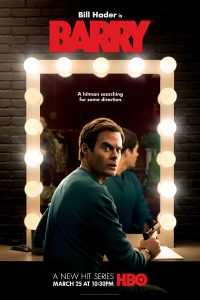 The space race between the USA and the USSR during the cold war ended after the USA sent men to the moon in Apollo 11. In an alternate timeline, USSR sent the first man to the moon, and the space race never ended – resulting in bigger challenges and achievements. The second season comes out on 11th Feb, 2021. 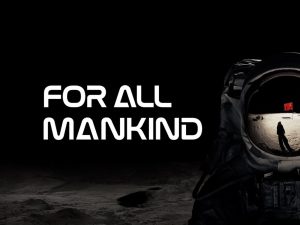 After a money-laundering scheme goes wrong, Marty is forced to leave Chicago for Missouri with his entire family in tow. To make amends with the Mexican drug cartel he works for, he offers to set up an even bigger laundering scheme to keep his family safe. 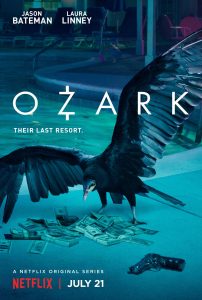 After a book-store manager becomes obsessed with an aspiring writer, he goes a little too far in his romantic pursuit. The makers of Netflix’s You probably had not anticipated millions of girls swooning over an absolute psychopath, but here we are. In one of the most awaited upcoming Television shows in 2021, TV’s favourite stalker is returning to Netflix. 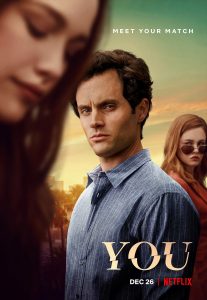 This fantasy drama on Netflix follows the life of the witcher Geralt (Henry Cavill) who struggles to find his place in an untrustworthy world. His world collides with the crown princess Ciri’s and the sorceress Yennefer’s, merging their stories into one. 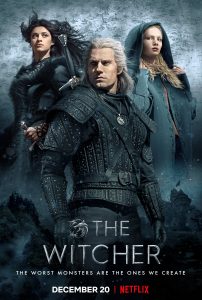 Based on the eponymous bestselling novel published in 2018, Pieces of Her follows the story of a mass shooting survivor, Andrea, who is surprised to find her mother fight off the shooter with ease. After the shooting, however, something seems to have changed in her mother. 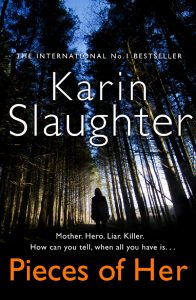 Based on the critically acclaimed novel by Margaret Atwood, The Handmaid’s Tale is set in a dystopian world where infertility rates have increased drastically, leading to the enslavement of fertile women, referred to as handmaids. The show that has gone on to win multiple Emmys and Golden Globes, is returning for a fourth season in 2021. 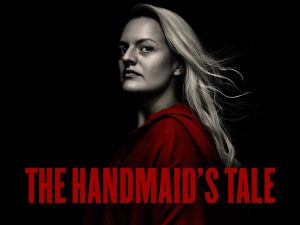 The extremely popular anthology horror series has so far had 9 seasons, with each season serving as a mini-series by itself, following a different story. The largely well-received show, after taking a break in 2020, is returning to the screens this year. 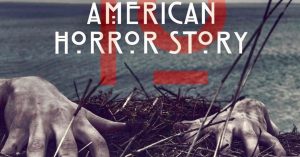 Set in the 20th century, Peaky Blinders follows the story of a man named Thomas Shelby who leads a gang of men called Peaky blinders, which is responsible for many criminal activities in Birmingham. When a cop tries to nab him, Thomas must fight back to reassert his power. 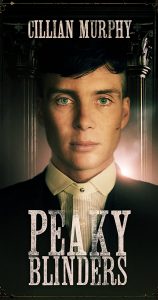 Based on the character of top-cop Clarice from The Silence of the Lambs, the show focuses on the personal story of the character. The show follows her story as she decides to return to the field a year after the traumatic events in the movie that is now a cult classic. The show premiers on February 11, 2021. 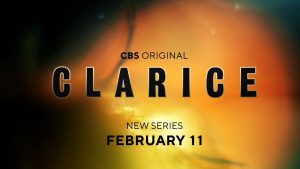 We hope you liked our list of upcoming Television shows in 2021. If we missed any show you have been waiting for, do comment below!