Netflix TUDUM 2022 announced its upcoming tv shows. Some of these include another season of shows like- ‘Squid Game’, ‘Crown’, ‘The Witcher’ and many more. While some are the prequels to the existing shows like- ‘The Witcher: Blood Origin’ and ‘Queen Charlotte: A Bridgerton Story’. We are excited about Netflix Tudum 2022. Are you? Check this list of upcoming tv shows on Netflix and what to expect.

Squid Game is officially renewed for Season 2. Fans know it, what a crazy and bloody ride Season 1 was. ‘Squid Game’ is a South Korean survival drama. Released in 2021, it is one of the most viewed series on Netflix. The series showcases the class disparity as well the financial hardships in South Korea. The showmakers left the show at a cliffhanger, hinting at another season. In June 2022, creator Dong Hyuk officially confirmed season 2. 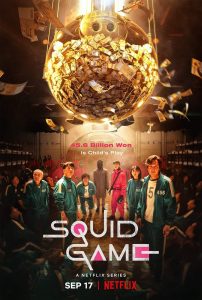 Geralt of Rivia, Crown Princess Ciri of Cintra and Yennefer will be back on Netflix for season 3. According to the producer, Lauren Schmidt, the show will adapt Andrzej Sapkowski’s ‘Time of Contempt’.  The show is anticipated to be released in the summer of 2022. 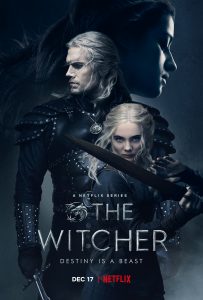 ‘The Witcher: Blood Origin’, Netflix will introduce us to the history of the Continent before we join Geralt once more. This TV show is a prequel that occurs about 1200 years before The Witcher’s events. At some point, the plot will culminate in the Conjunction of the Spheres, a catastrophe that will impact the elf, human, and monster worlds. 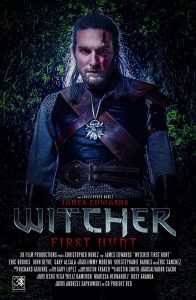 The Crown follows Queen Elizabeth II’s reign from her 1947 nuptials through the beginning of the twenty-first century. The early to mid-1990s will be the main topic of the fifth season. This indicates that the narrative of the divorces of three of the queen’s children as well as Princess Diana’s tragic passing in a 1997 automobile disaster can be anticipated. 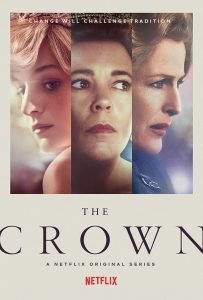 Hello there, neighbors! Joe will be back for Season 4. We are aware that season 3 followed Joe and Love in their married life and being parents in Northern California. However, the couple quickly became involved in a web as Love furthered her fixation with her husband and Joe set his eyes on a new neighbor. The season is set to be released in two parts in February and March 2023. 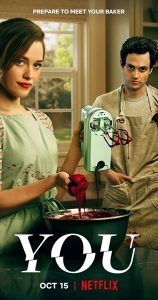 Based on the character Wednesday Addams from the Addams Family, the show is an upcoming comedy-horror series. The series follows Wednesday as she makes an effort to develop her psychic abilities, stop a horrific killing spree of the local populace, and resolve the supernatural mystery that affected her family 25 years ago—all while juggling her new relationships. 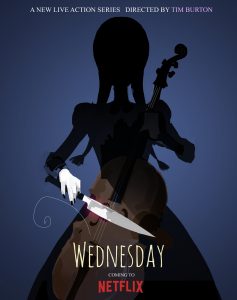 According to the showmakers, fans don’t know the story of Queen Charlotte. As her origin narrative, the spin-off Queen Charlotte: A Bridgerton Story will introduce us to a fresh love story as the young woman meets and falls in love with the King of England. In the series, the queen’s engagement to King George is addressed. Upon her arrival in London and finds out she’s not what the royals were hoping for. 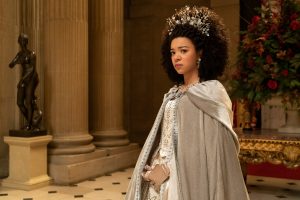 The teaser for the second season of ‘Shadow and Bone’ is officially here! Adapted from Leigh Bardugo’s trilogy, ‘Shadow and Bone’ follows the tale of cartographer Alina Starkov, who learns she has the ability to call the sun. She now belongs to a group of supernatural individuals known as the Grisha.  The teaser did not hint anything about the season. However, the show might follow the story from Siege and Storm, Six of Crows, and King of Scars. 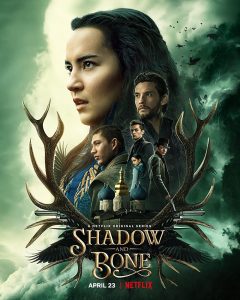 ‘The Watcher’ features the real-life story of a couple. Upon moving to their dream house in New Jersey, they were continuously stalked and harassed through letters by someone named ‘The Watcher’. According to the incident, the letters were addressed to ‘The New Owner’. This creepy story is set to be released on Netflix on 13th October 2022.

A former asset threatens to reveal the nature of her close relationship with the CIA unless they clear her of a significant crime in the central conflict of the novel, which centers on Centineo’s character, a young lawyer at the CIA who becomes embroiled in deadly international power intrigues.