Pretty as a picture, Valley of Flowers is one of those destinations in India that give a stiff competition to many foreign places. Located in the West Himalayas, the Valley of Flowers National Park has a rich flora and is home to some rare animals. Decorated by hundreds of species of flowers, the high-altitude Himalayan valley is a popular trekking destination amongst mountaineers and a treasure for botanists. 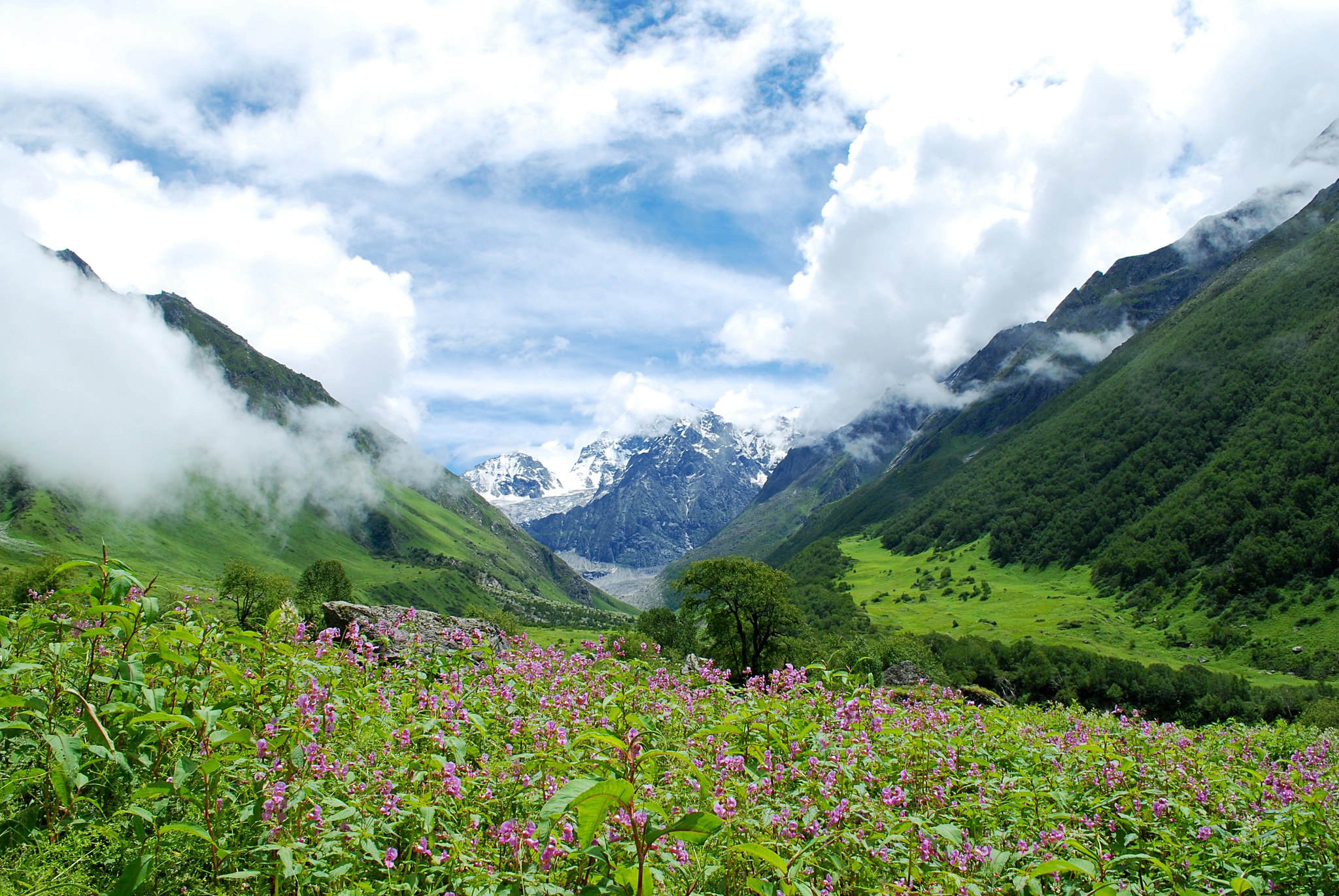 About Valley of Flowers

Nestled in the Bhyundar valley of Chamoli district, the Valley of Flowers has gained popularity for its breathtaking beauty and a moderately difficult trek. The valley has a plethora of flowers amongst which some of the most common ones are asters, inulas, Brahmakamal, Epilobium and rhododendrons. Flowers in the valley remain in full bloom for three months in a year and a new floral composition can be seen every couple of days. 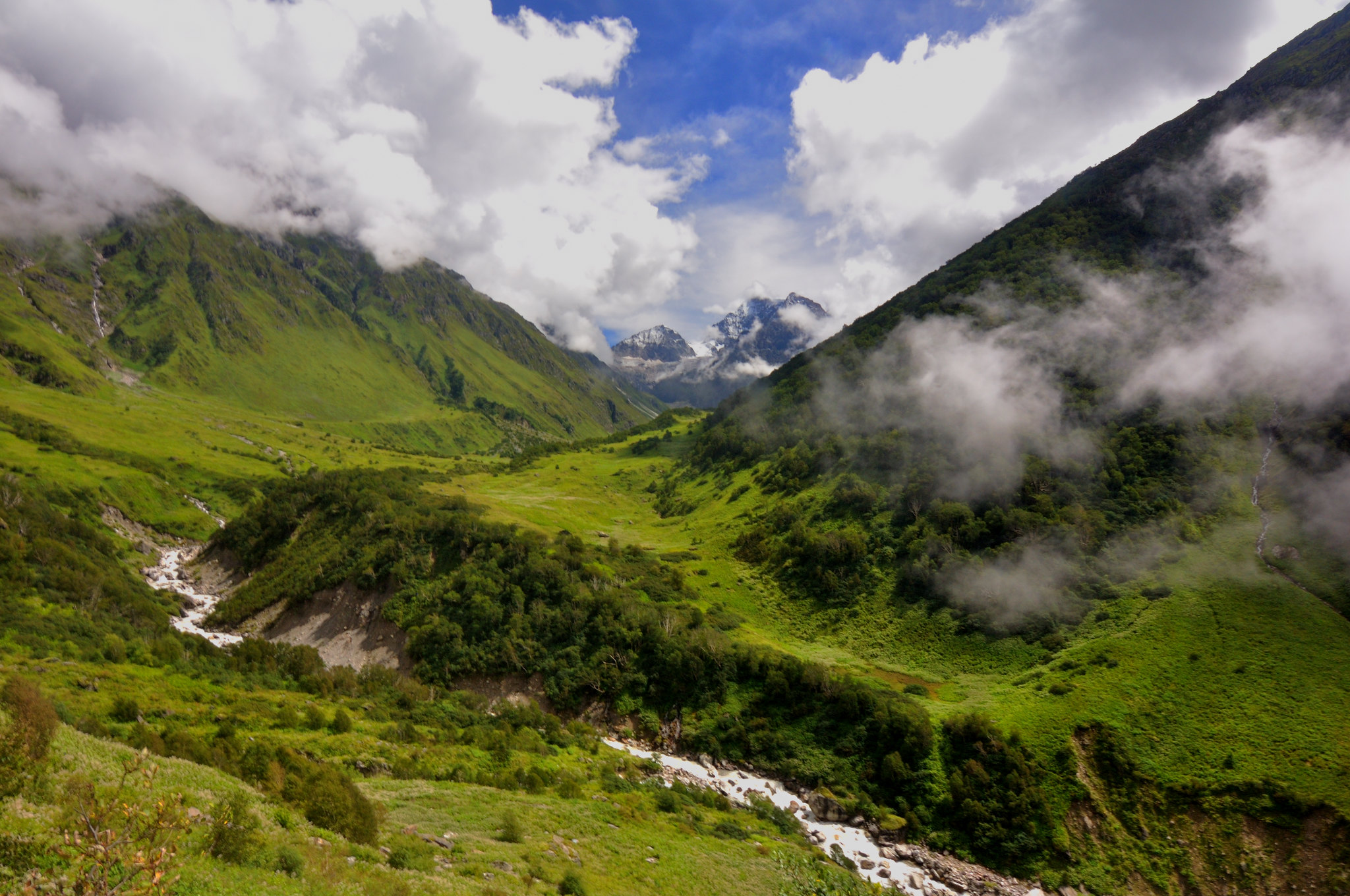 While admiring nature in the valley, trekkers come across butterflies and if you’re lucky, you can also spot a musk deer, Himalayan mouse hare, snow leopard, blue sheep or a bear trotting their habitat. The valley is a haven for several species of birds, which makes it a perfect destination for bird-watching also.
The topography of the Valley is bound to leave every visitor speechless. While standing at the foot of the valley, you can watch the green meadows running through the division of an icy-cold stream. When you look around, you witness high-mountain slopes, layered in a thick blanket of snow, vanishing in the sky.

Reaching the Valley of Flowers can be a task for the faint-hearted. The nearest motorable road to the valley will take you till Govind Ghat, which is a 1-hour ride from Joshimath. From Govind Ghat, a 13-km long trek begins which will take you to Ghangaria. It usually takes 4-8 hours to trek the steep and narrow path. This should be your last check-point before reaching the valley. A 3-km trek from Ghangaria will take you straight to the lush green meadows of the Valley of Flowers.

The weather conditions usually remain dry in the area, unless it is the monsoon season. Valley of Flowers receives heavy monsoon rainfall, making the soil appropriately moist for heavy vegetation. From April to June, the climate varies between moderate and cool. Late June marks the beginning of the monsoon, which lasts till September. Starting from late October to late March, the Valley receives heavy snowfall.

Things to See & Do In Chopta

All the fatigue after almost a 20-hour long journey, which includes a 13-km and a 3-km trek, looks all worth it when you reach the Valley of Flowers. The spectacular beauty of the valley leaves you speechless and once there, all there’s left to do is admire the nature and revitalize your senses.

At an altitude of 4,329 m above sea level, Hemkund Sahib is the highest Gurudwara in the world. The place is surrounded by snow-covered mountains known as the Hemkund Parvat. Trek to Valley of Flowers followed by a trek Hemkund Sahib is a popular holiday itinerary followed by tourists. Hemkund Sahib is a 15-km trek from Govind Ghat and nature has decorated the path with alpine flowers, rhododendron and wild roses. 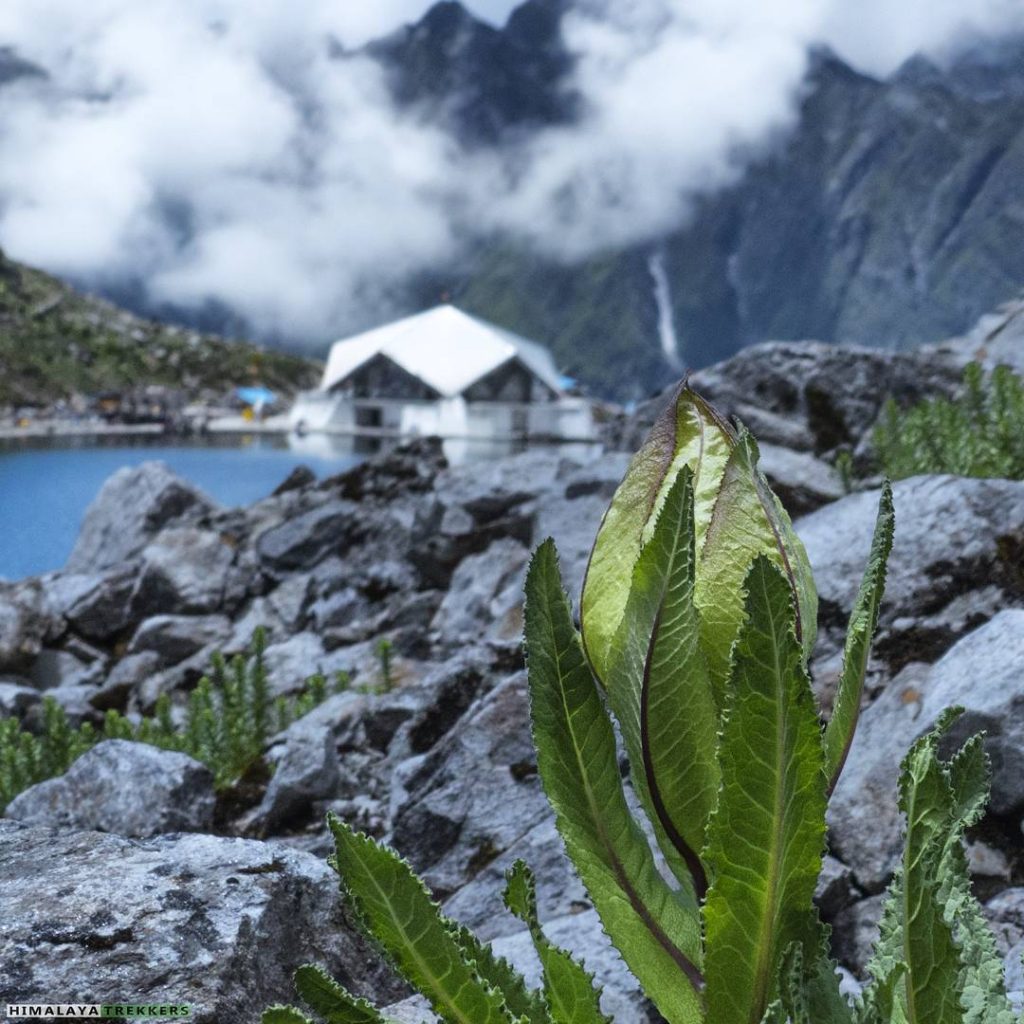 Another marvel of the nature that you get to witness at the Valley is Pushpawati river. The river rises at the base of Himalayas near East Kamet Glacier and flows Southwards, draining the Valley on its way. According to a popular legend, the Pandavas saw flowers floating down the river and named it Pushpawati. 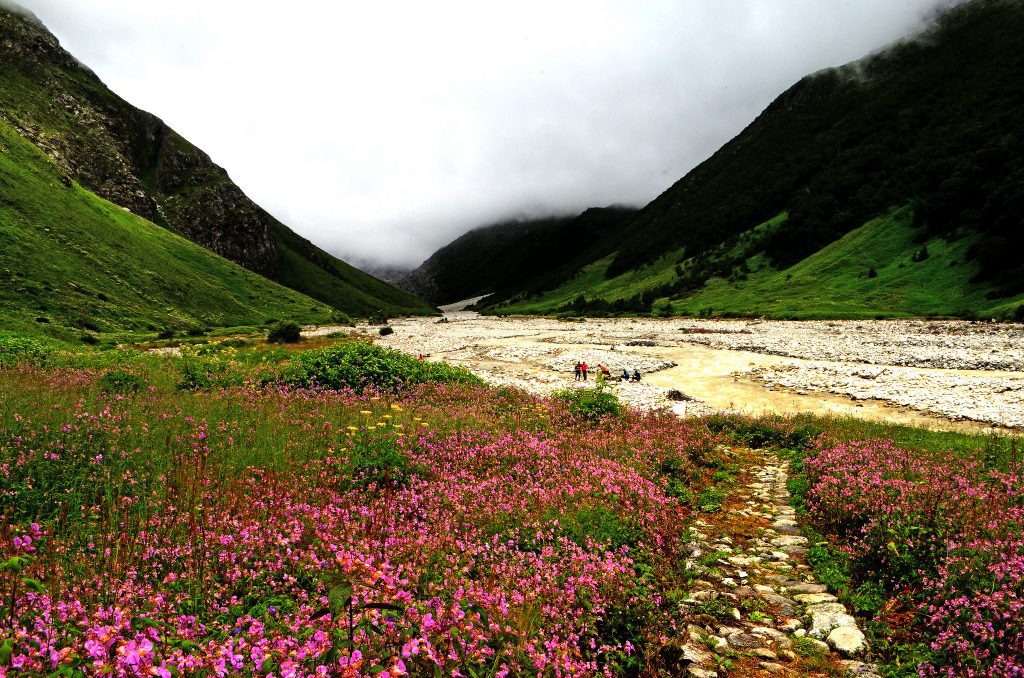 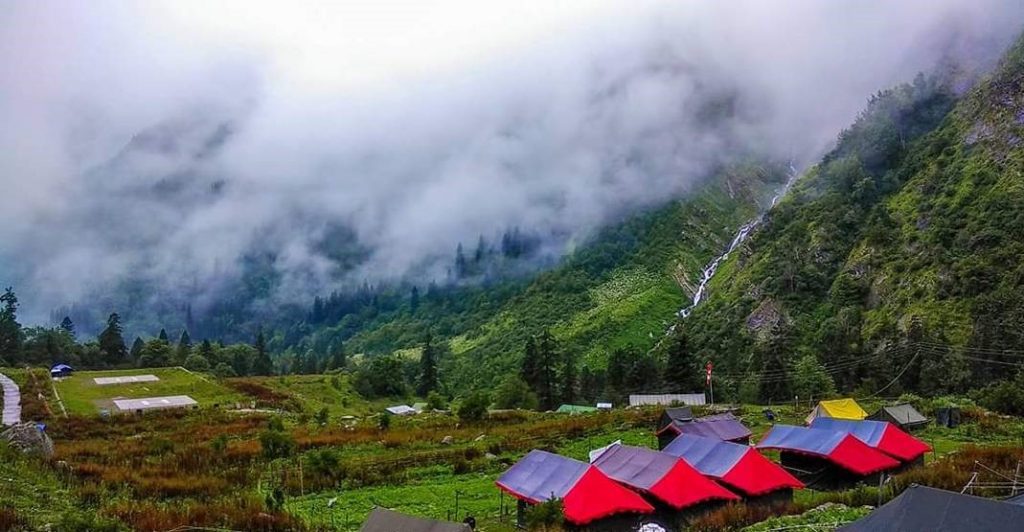