Varys he? He’s everywhere.. *Lurking in the shadows, enters one of the most dangerous men in Westeros* Yes, we’re talking about the master of whisperers, the Spider – Lord Varys, the skilled and cunning manipulator who always has something up his sleeve. The guy’s come a long way from the streets to advising the big players of the seven kingdoms. We bring to you quotes by Lord Varys that prove he is the master of whisperers and words as well.

1. Appealing to both profane and sacred, the Spider’s got a way with words. 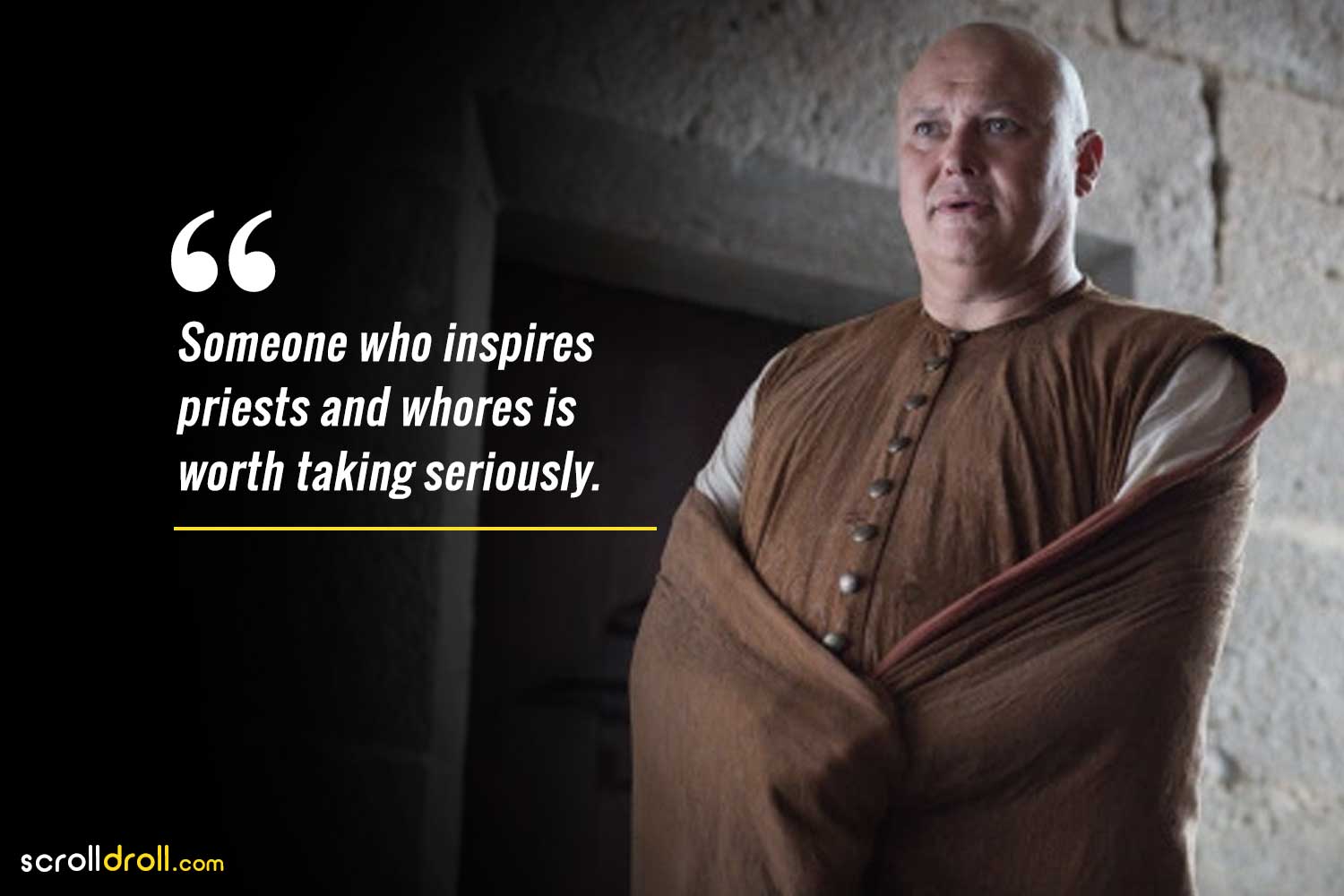 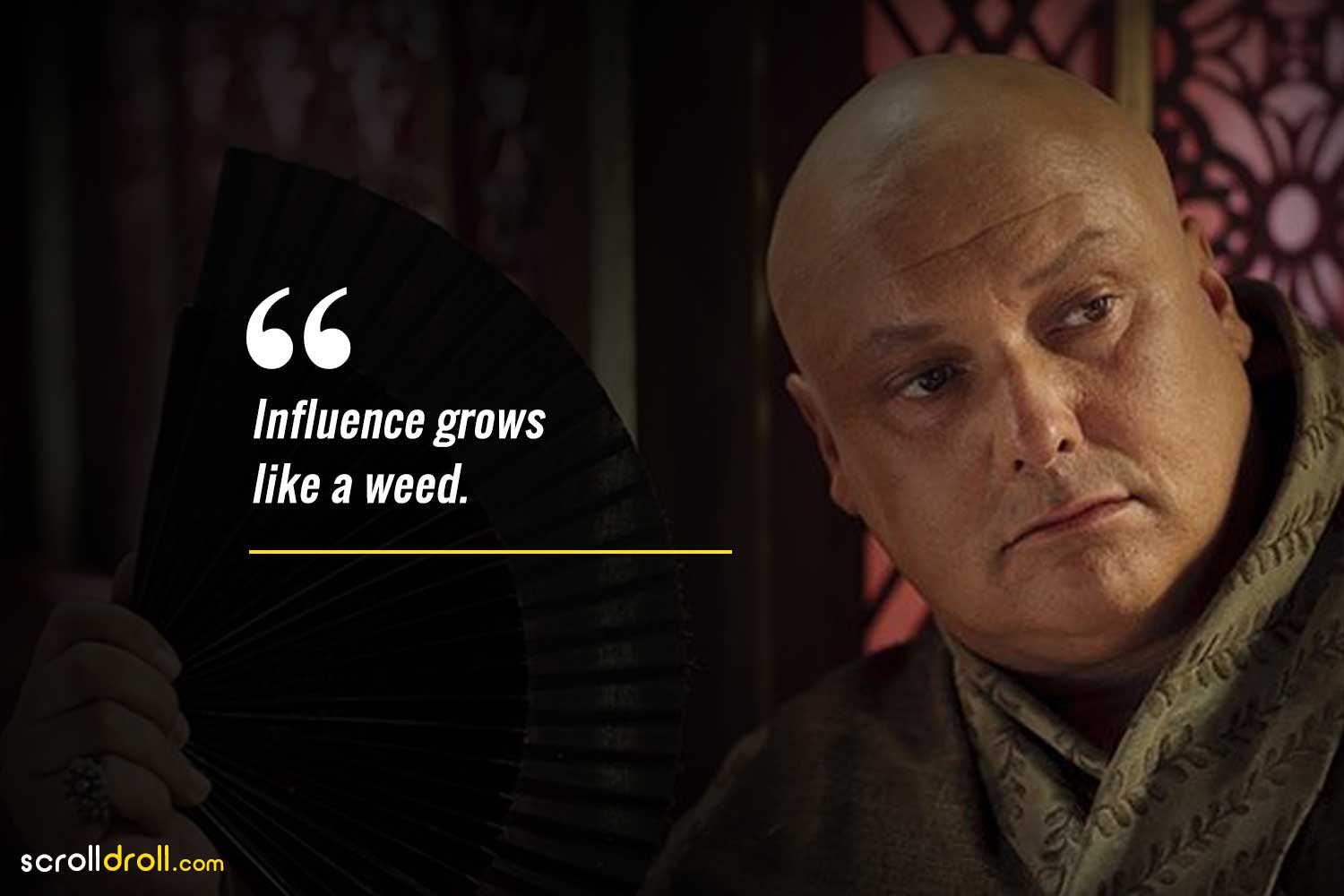 3. From the sexual prowess of a squire to weaknesses of great kings, the Master of Whispers knows it all. 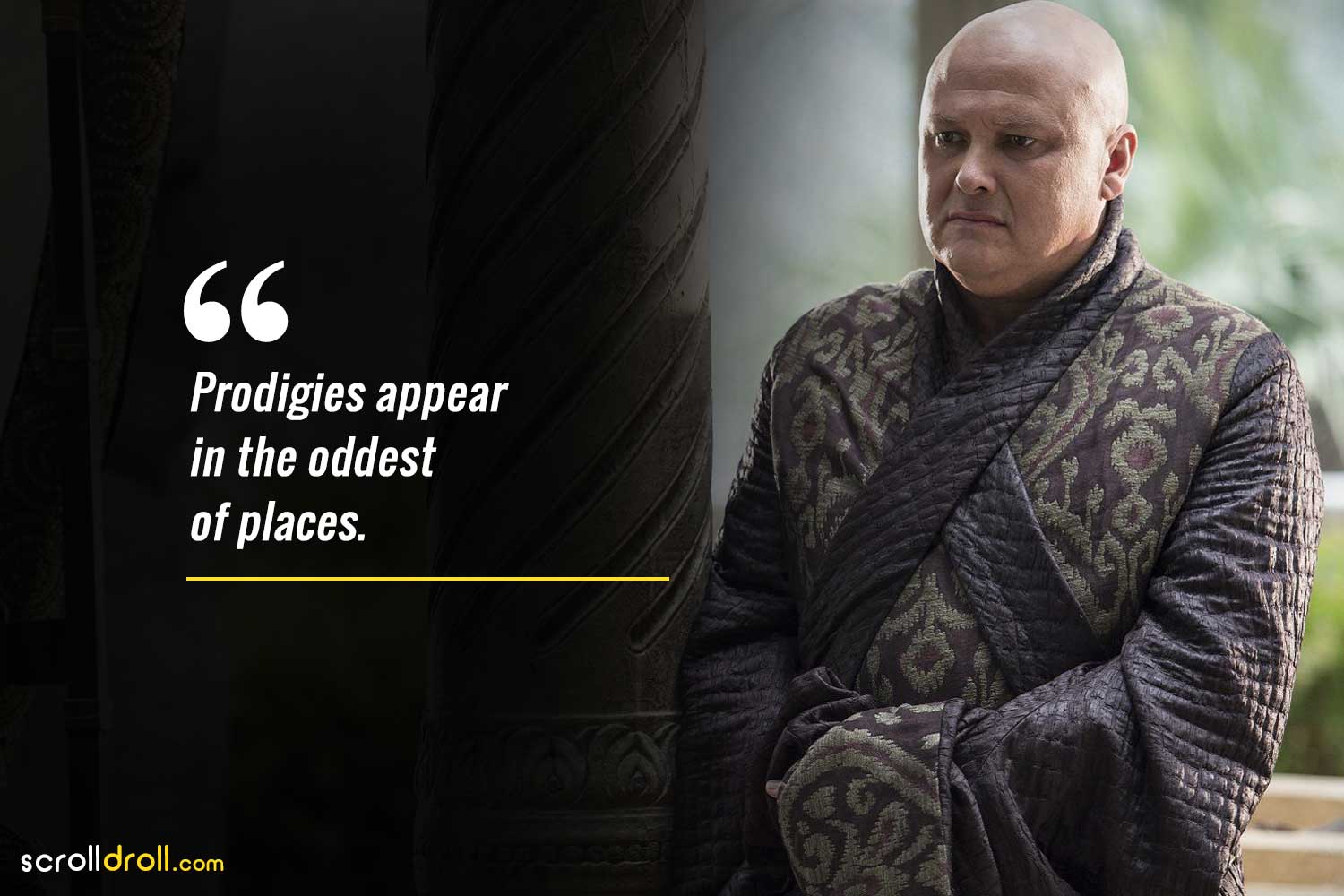 4. Westeros has no place for beginners or sensitive hearts, and who’s known it better than Varys, who found a way to royalty starting from the horror-esque bottom 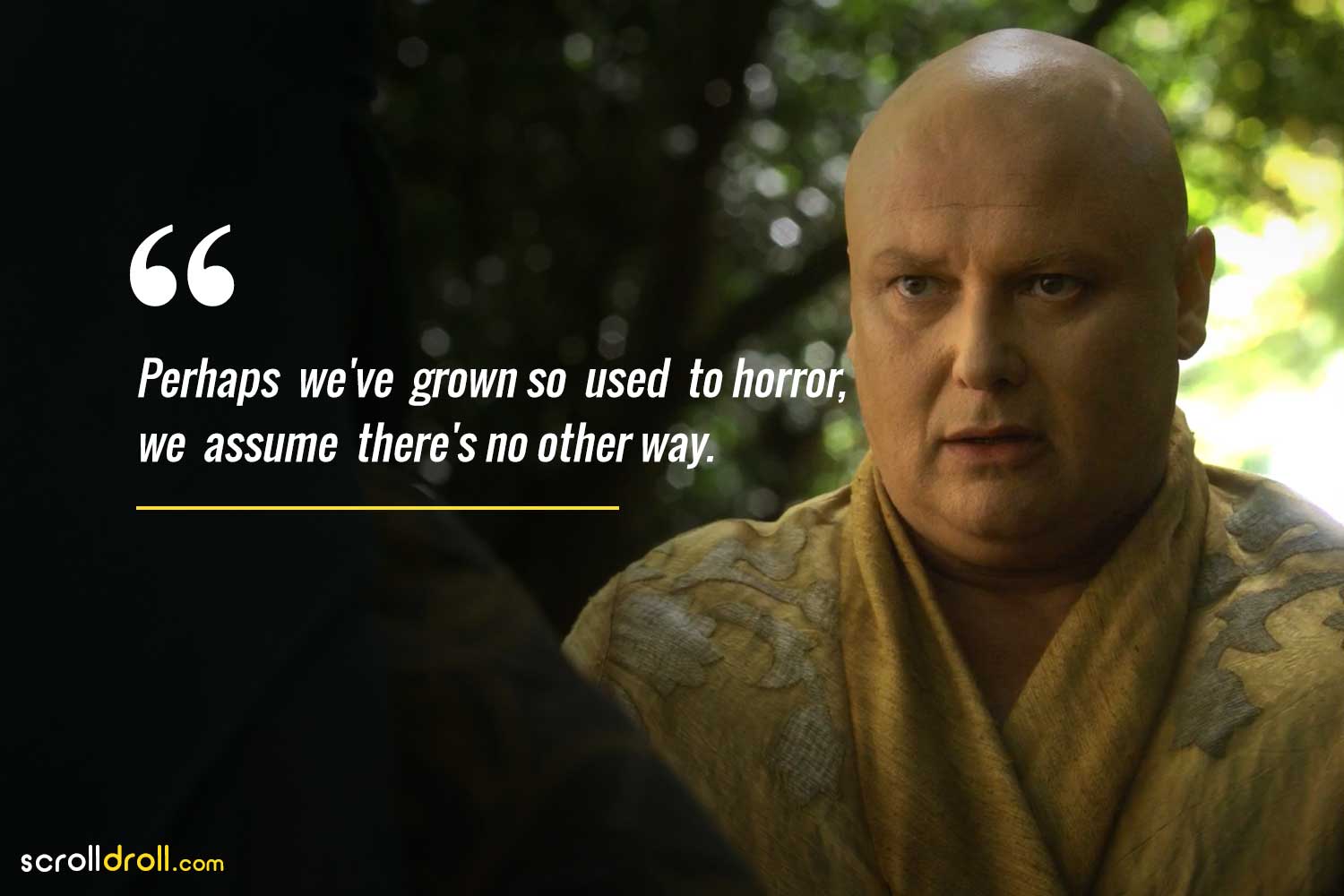 5. Born a slave, orphaned, tossed and sold, despised and hated, Varys still vowed to live and built his way to power and riches. 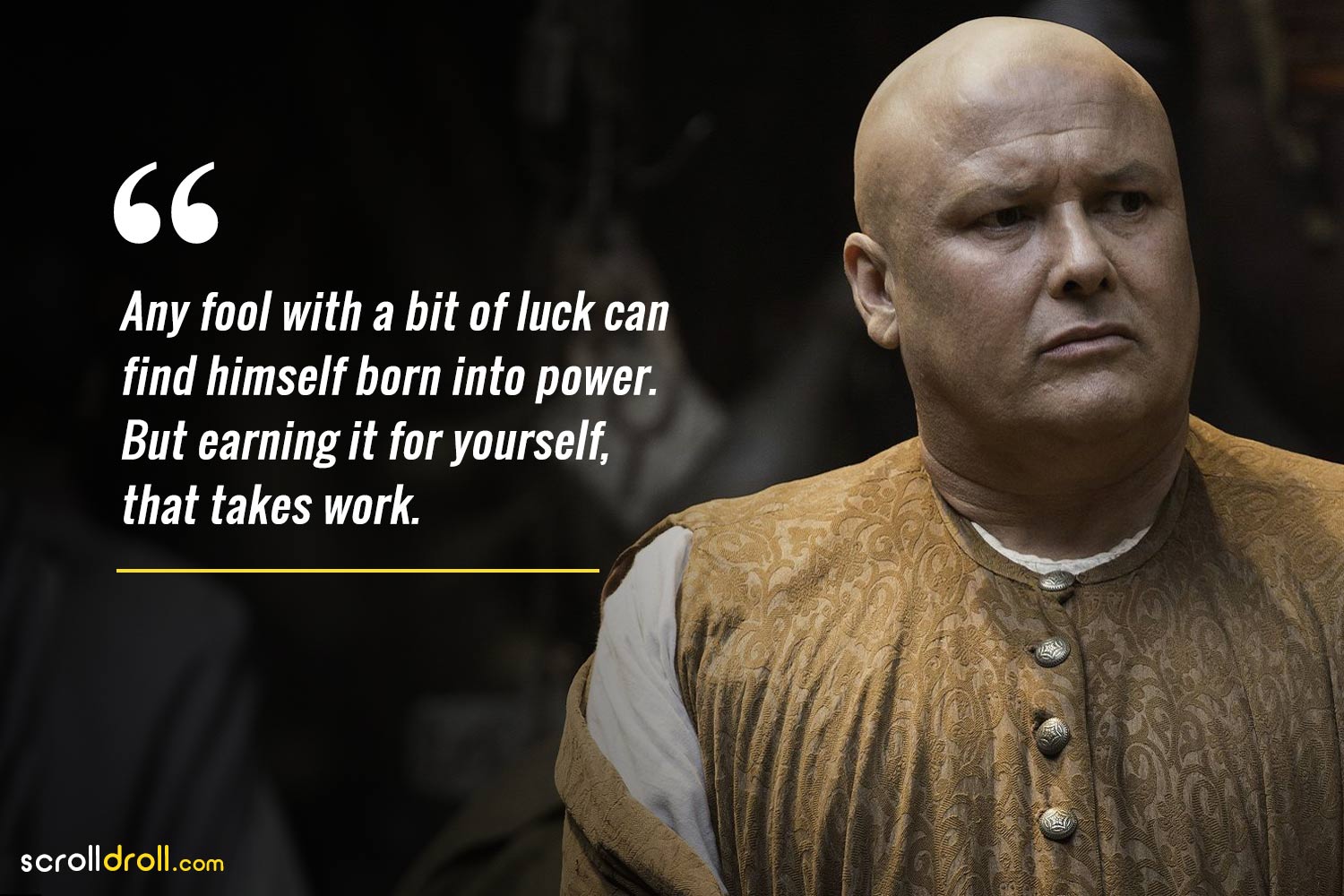 6. The patient Spider is in it for the long haul, and nobody knows how to stop him. Subtly paddling wherever the power is… 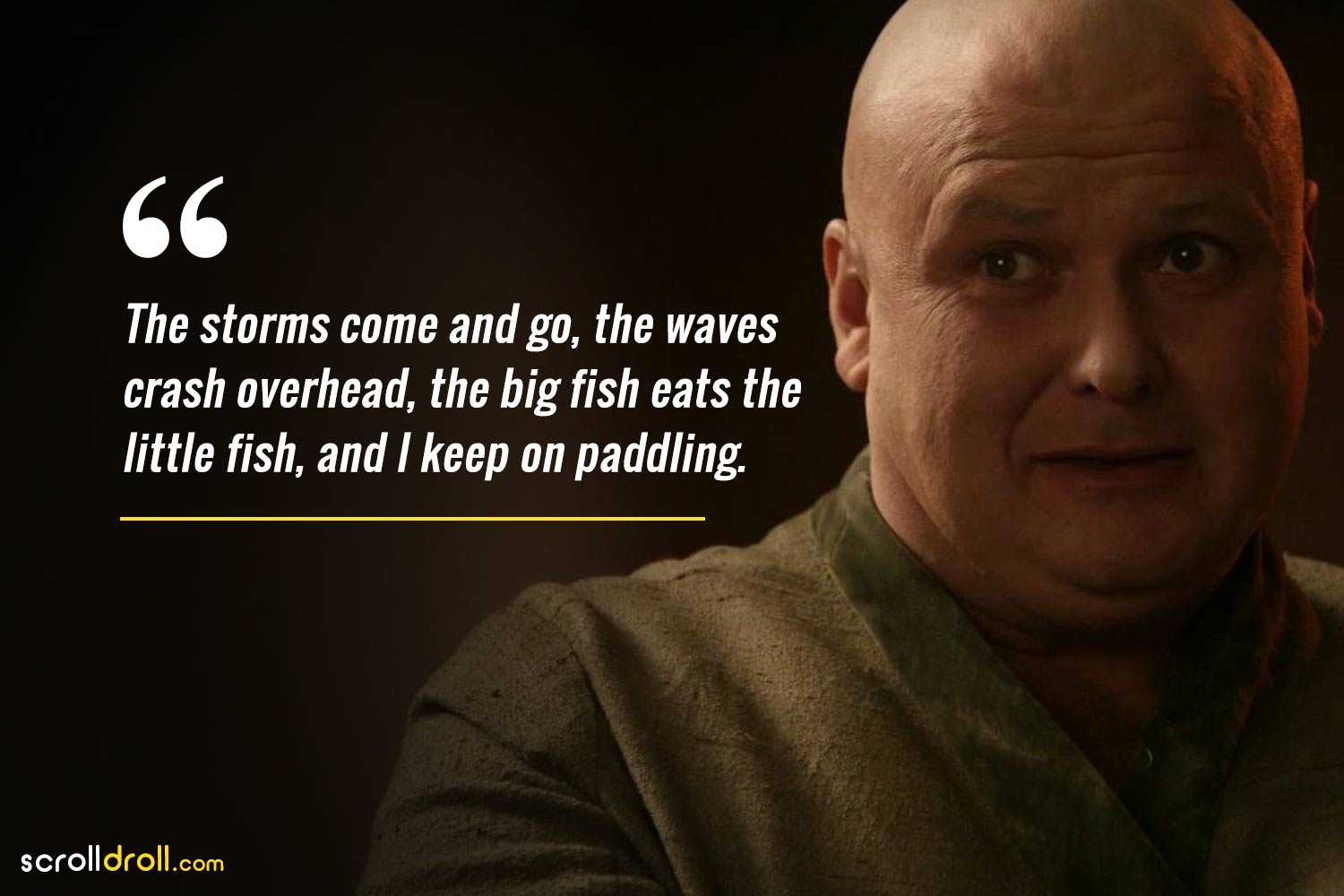 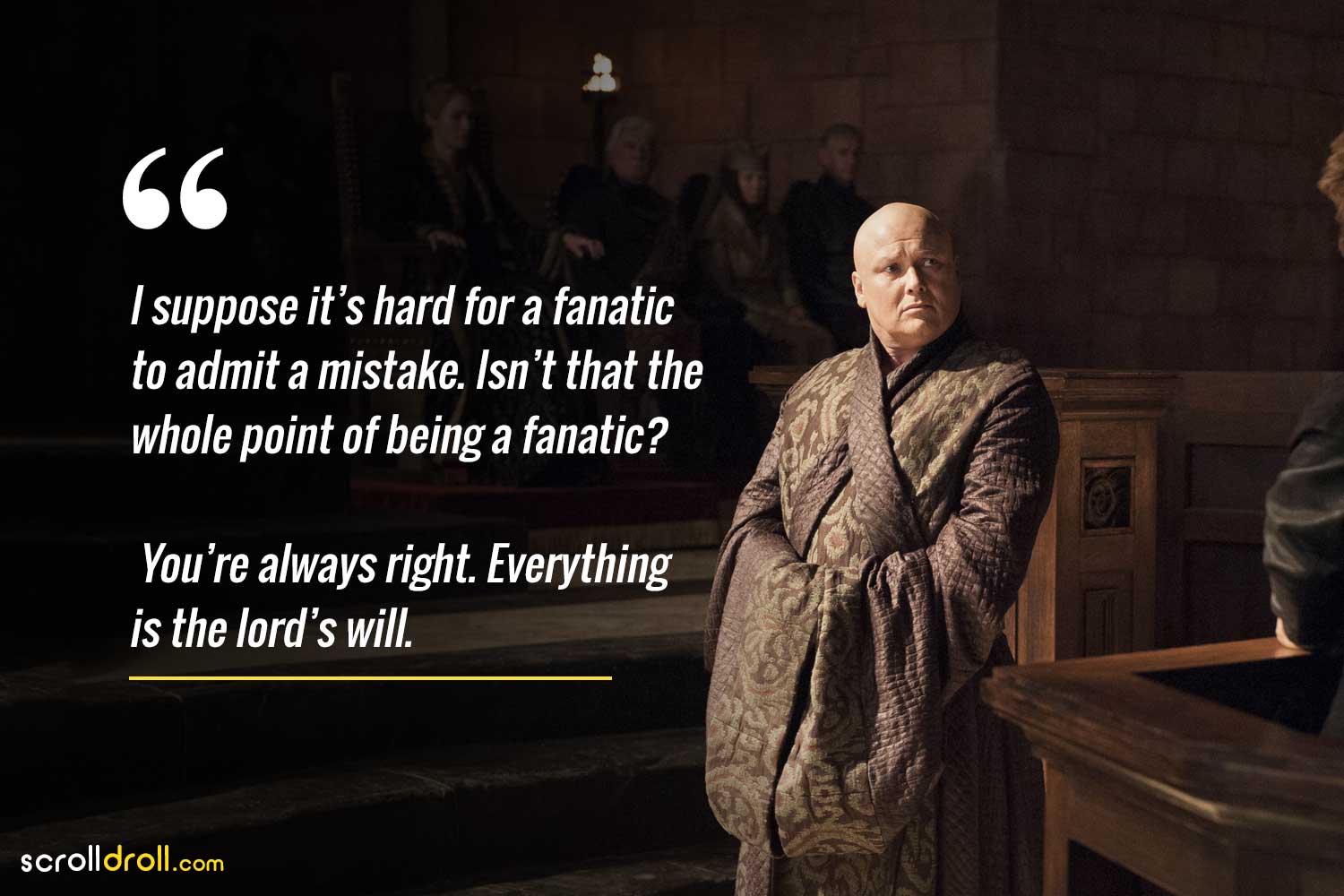 8. Achieving what he has with just his ‘little birds’, Varys gotta be the real MVP! 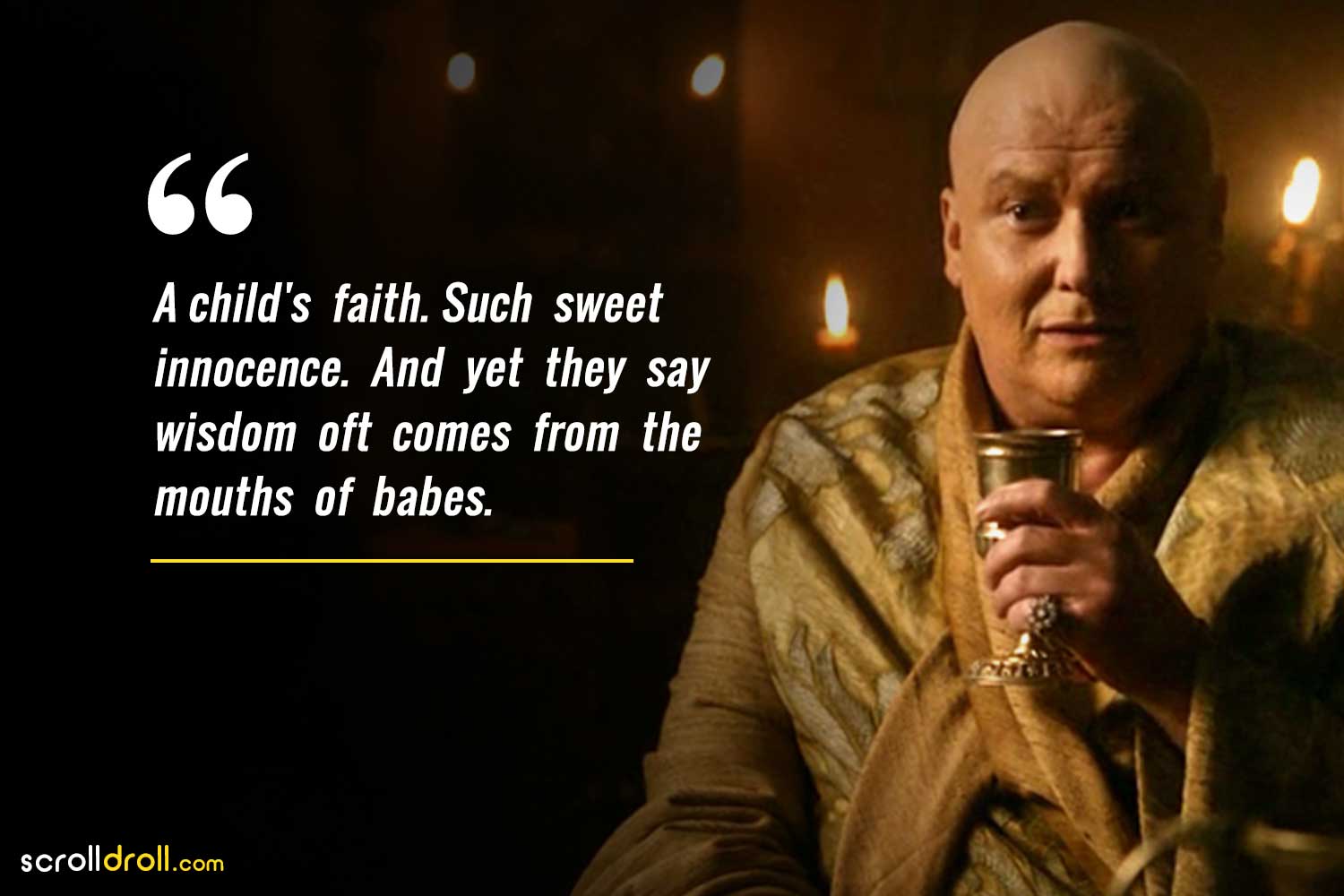 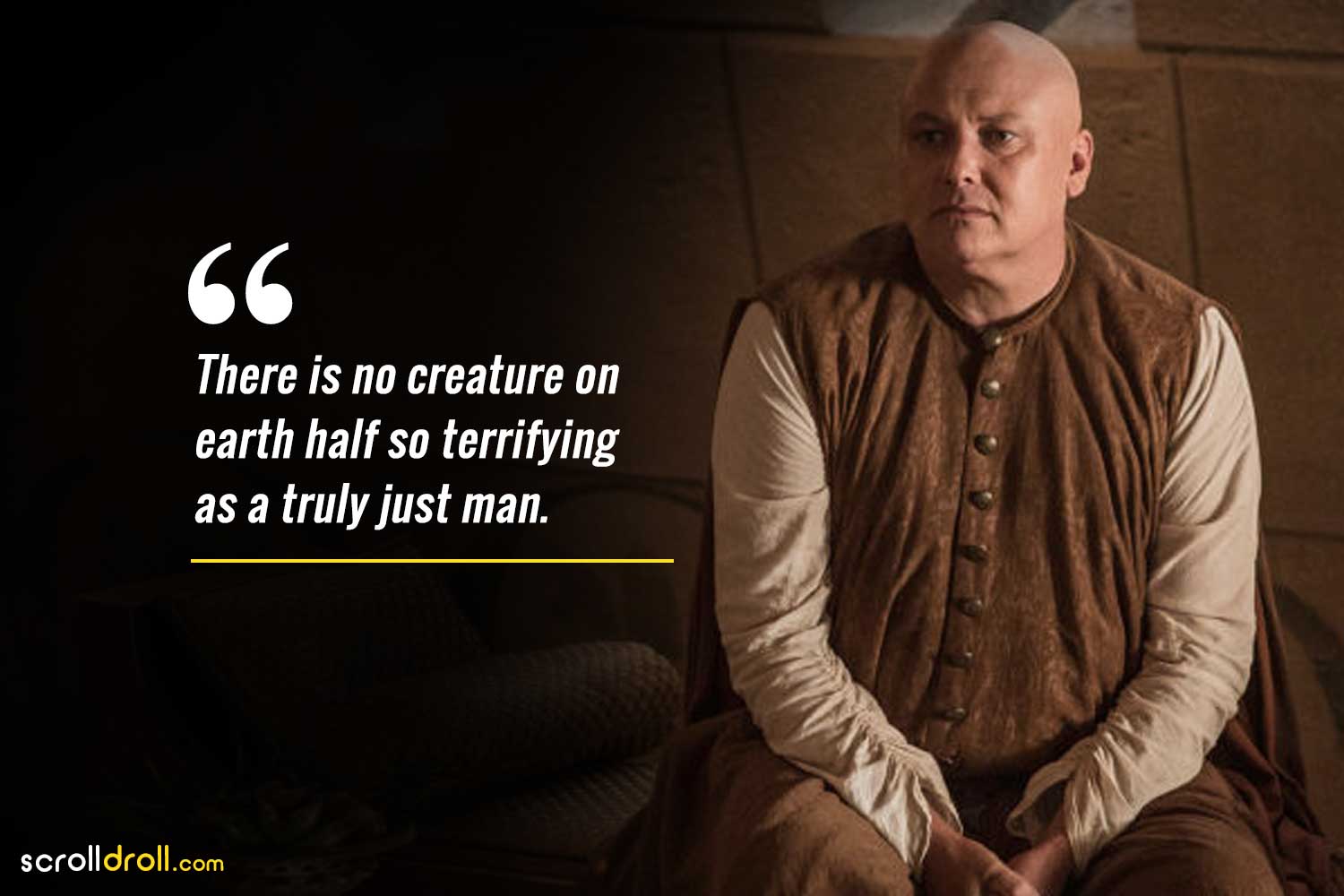 10. Perks of being a castrate… But yes, no foolish illusions, thus. 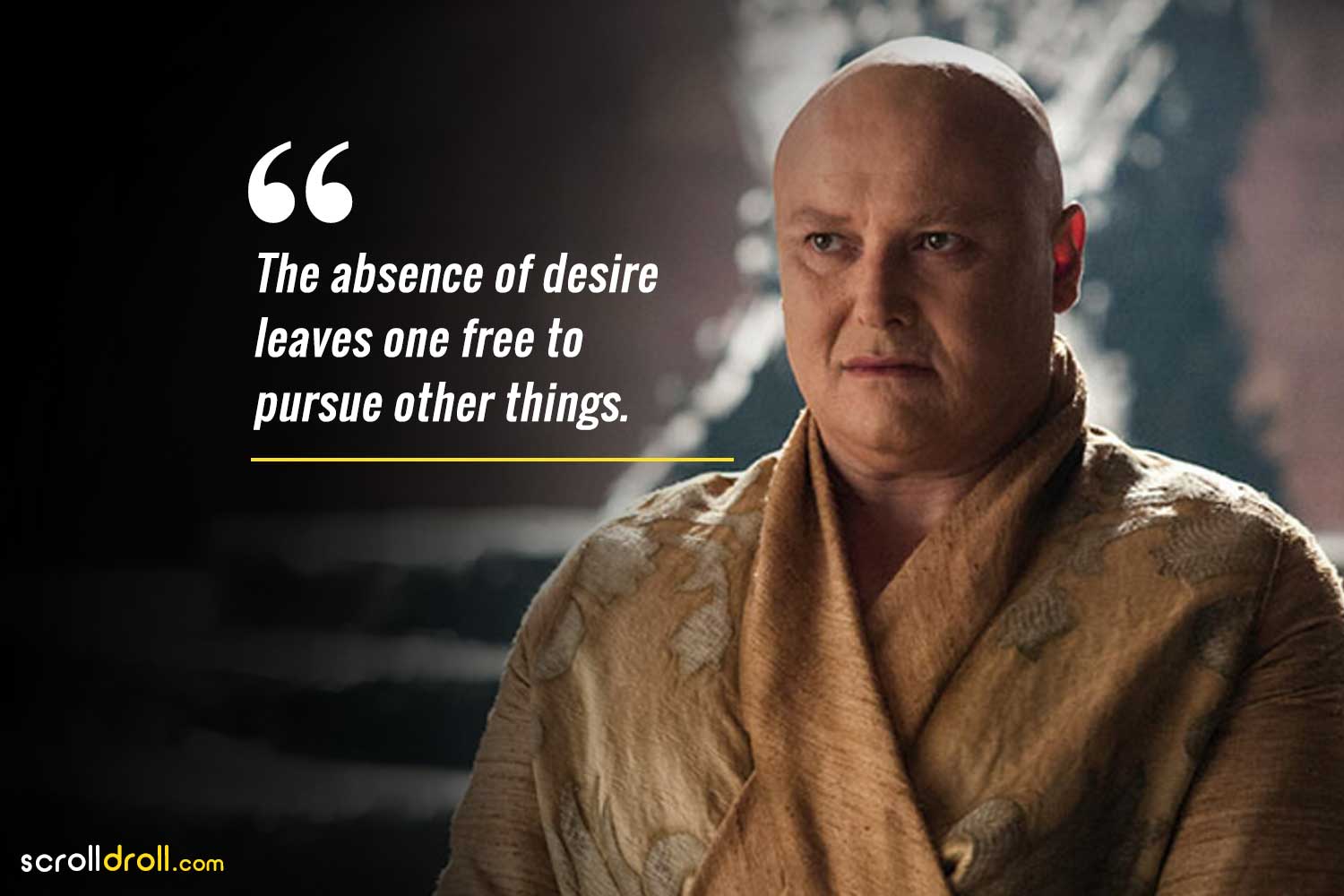 11. Has all the power he wants, but still a champion of the people. 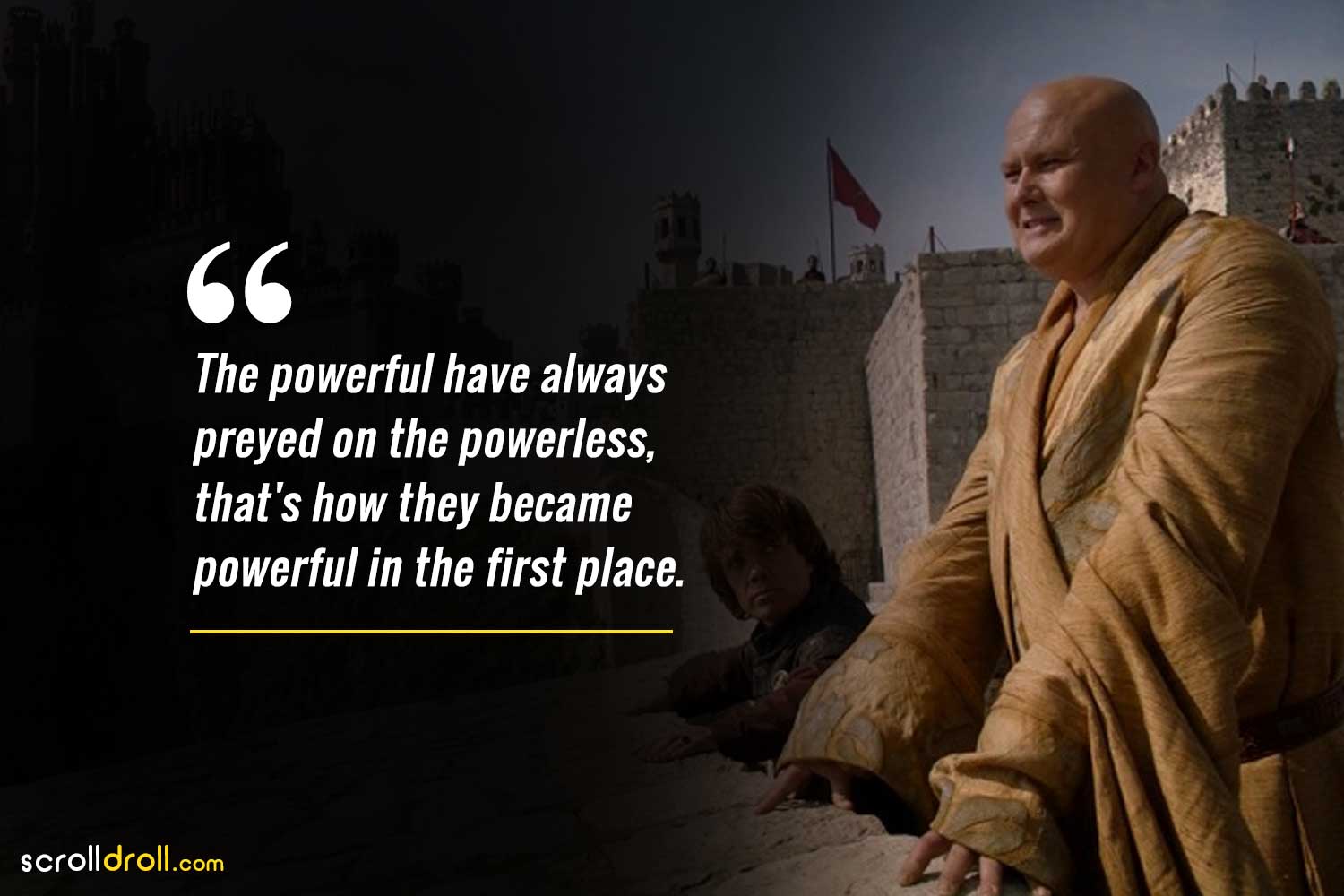 12. Many have vengeance on their minds in Westeros but nobody’s as patient as the Spider. 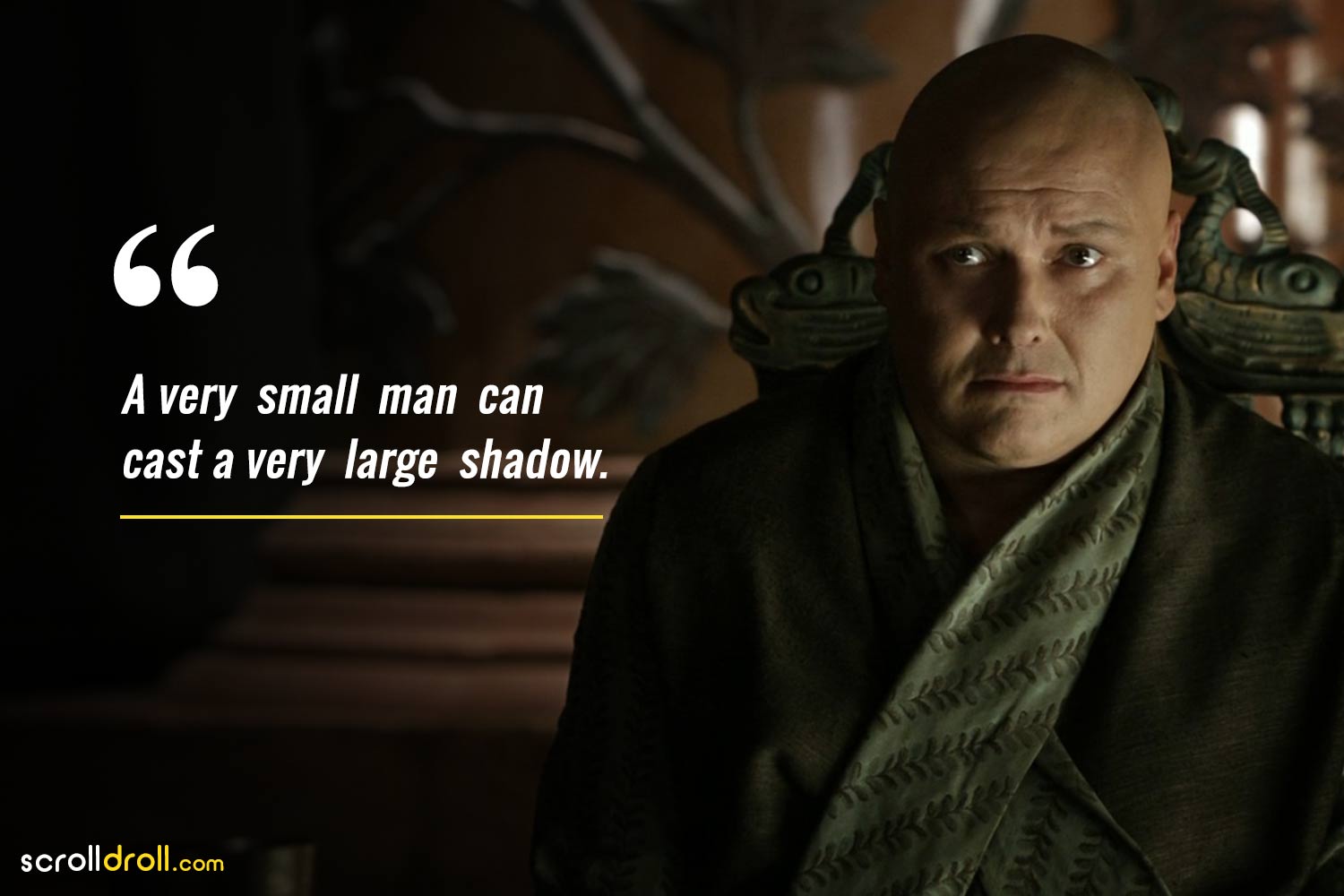 But, sadly the people of Westeros aren’t as smart and fall for the facade that Spidey has created of him being this effeminate, servile and radiant man. Let us know your favourite quote by whispering in the comment section, coz you never know if someone’s eavesdropping…

13 Photographs Of Incredible India From Up Above The Sky!