Alright, so Indians don’t really have a great track record when it comes to laws ‘cause let’s face it, we aren’t the most law-abiding citizens around. And while we strongly urge everybody to follow the laws of the land, there are a few charters and legislation in our country’s constitution that are exceptionally ridiculous and completely outlandish. Why these laws are absolutely required is beyond one’s ability to comprehend.  So, we bring you 8 fascinating Indian laws you probably didn’t know.

1. Some of our fondest childhood (and adulthood) memories are of flying kites, especially around the 15th of August. But as absurd as it sounds, you may end up in jail for flying kites! As per the Indian Aircraft Act, a person can be prisoned for two years or charged a fine of up to Rs.10 lacs if he/she flies an aircraft in such a way that it causes danger to any person or property on land, water, or in the air. Aircraft here include balloons, gliders, flying machines and ironically, kites. It hardly makes any sense to extend this law to kite flying but make sure not to hit anybody with your kite the next time you fly one. 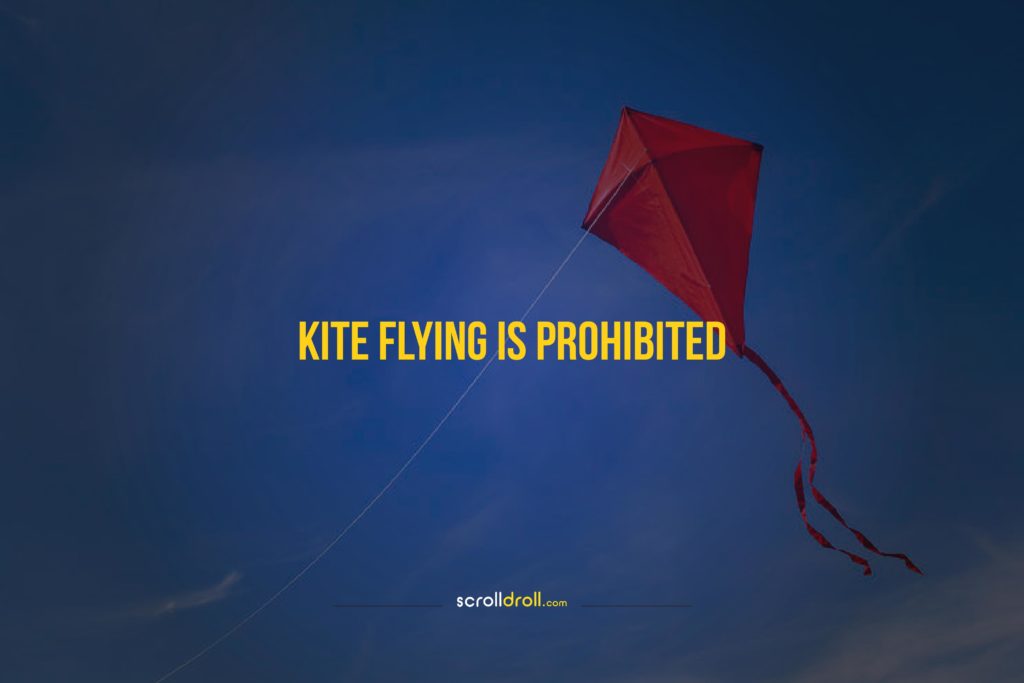 2. The Indian Penal code prohibits obscene acts in public. You can’t say, sing or do anything obscene out in the open. Now, what’s obscene? Here, our law is a bit obscure! It’s not exhaustively defined what the things or acts that can amount to obscenity. We’ll leave that for you to figure out! So next time you are out and about in public with your lover or spouse and feel the need to express your love, keep it to a handshake, please. Also, don’t you think we should have such strict laws against peeing publicly? 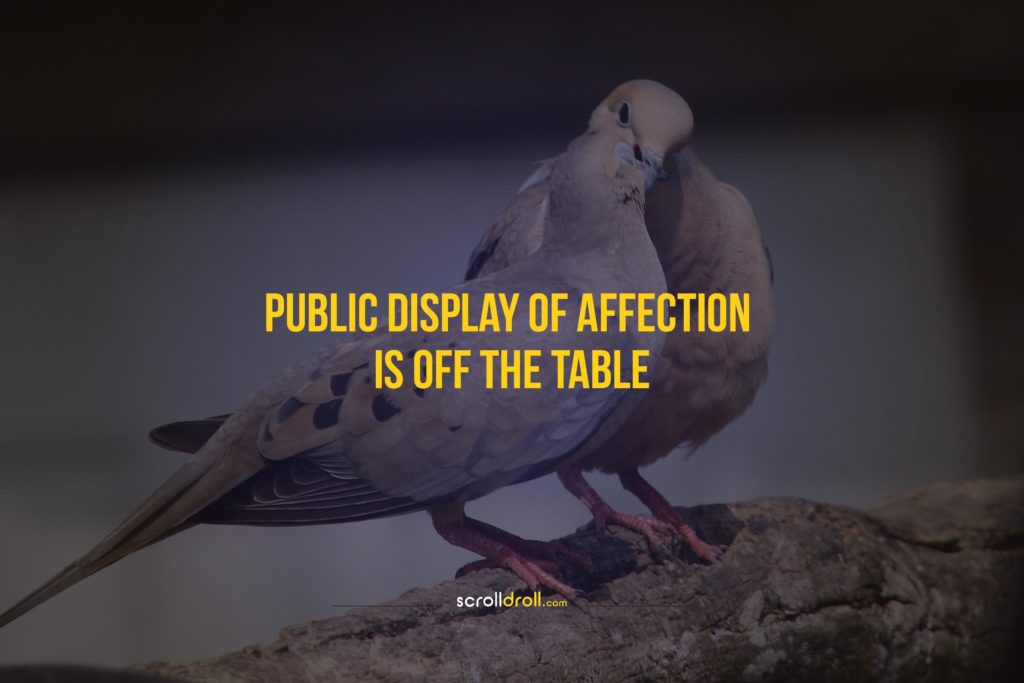 3. Section 497 prohibits adultery. One can’t engage in sexual intercourse with a married woman, without the consent of her husband. The offender may be incarcerated for five years or charged with a fine or both. However, what’s interesting here is that the law only punishes the man who is performing adultery, the woman is charged with nothing. Talk about sexism!  This undoubtedly is one of the weirdest Indian laws. 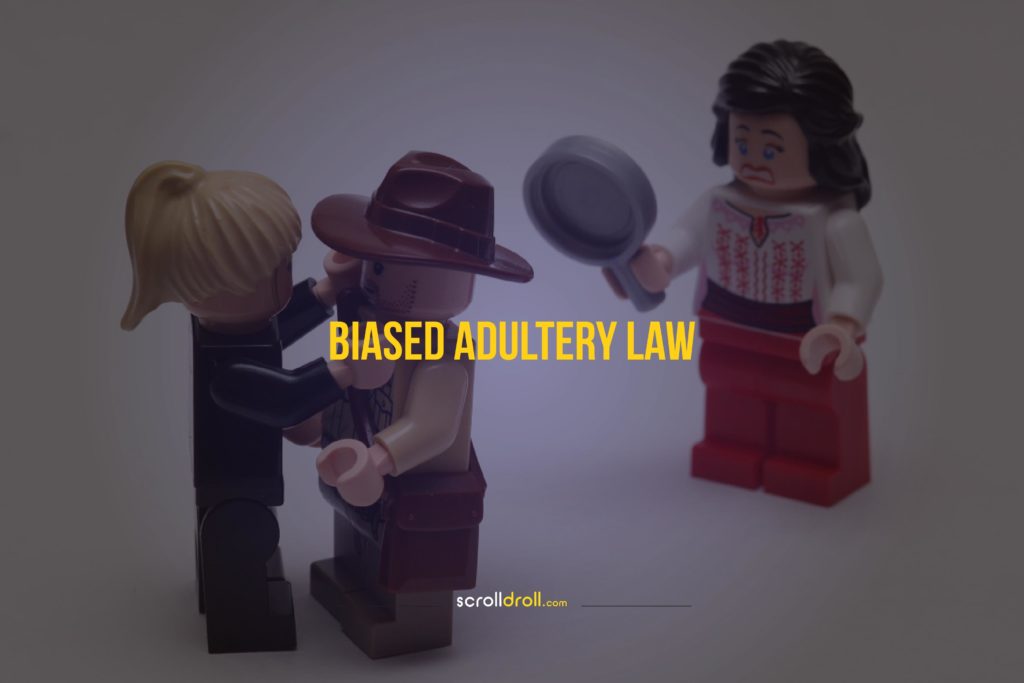 4. As per the Indian treasure-trove act, if one discovers anything of value—exceeding Rs.10—hidden under the soil, then one must report it. If one fails to report, he/she is liable to punishment. The law is vehemently opposed by professional treasure hunters because the law says that all the findings of treasure hunters belong to the Government. What a pity! 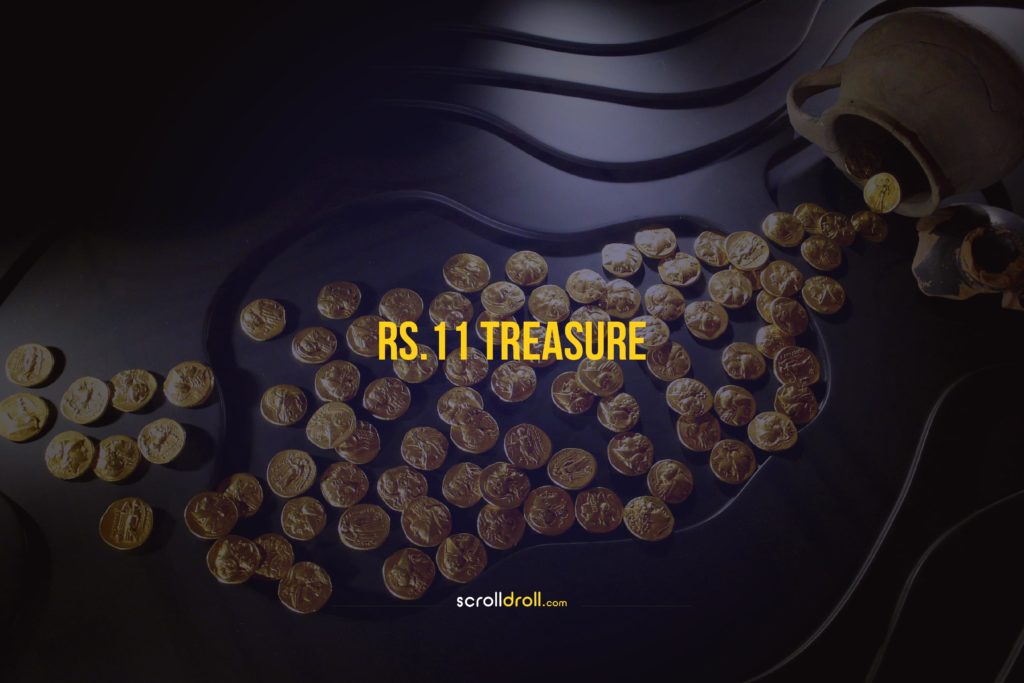 5. One can use the restroom and drink water at any hotel whether or not one is lodging at that hotel. This law came into force 150 years ago, under the Indian Sarais Act, of 1867. Sarai means any building used for the shelter and accommodation of travelers hotels fall under this category. It clearly is one of the bizarre laws of India but a beneficial one, given that our public facilities are far and few. 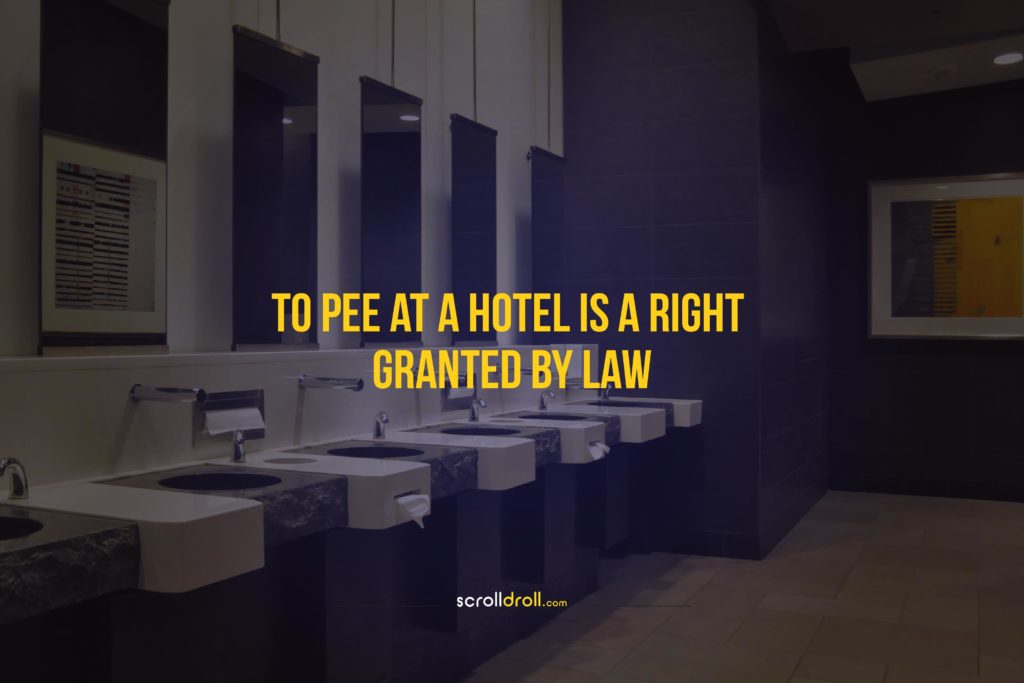 6. The alcohol laws in India are somewhat ambiguous. In some states of India, the legal age for drinking is 25 years, while in others it is 18. However, the law in major regions—such as Delhi and Haryana—says that one can only drink when one is 25 years old. It’s strange how one is allowed to get married at the age of 18 but can’t drink until 25. 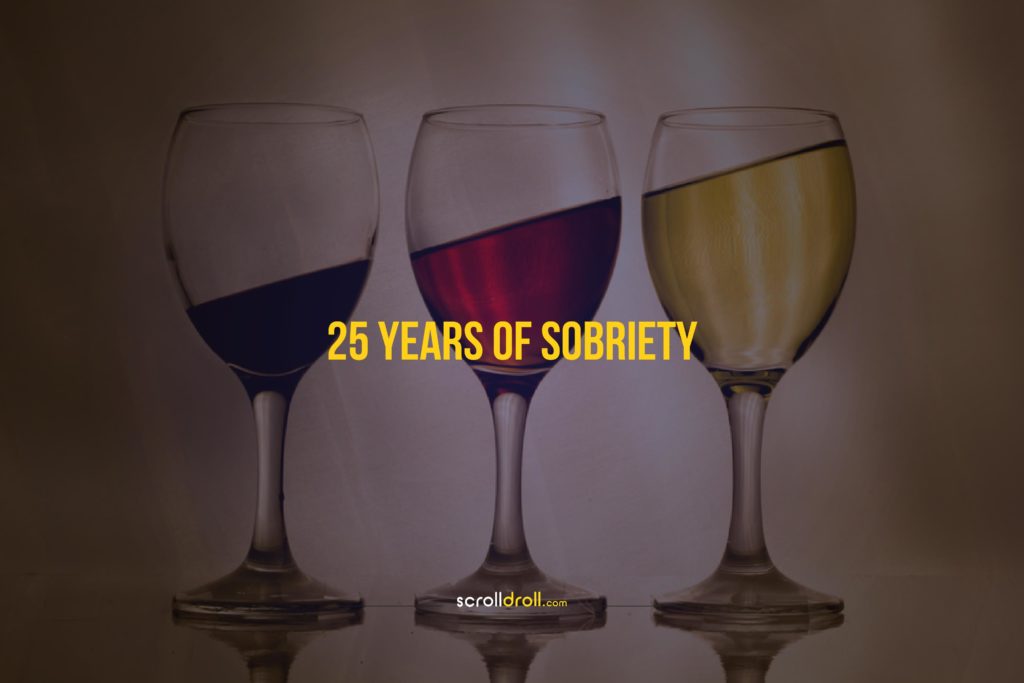 7. An example of abuse of power is the Land Acquisition Act. Under this act, the government can appropriate any piece of land by stating that it’s doing so in the name of public welfare. This act causes a lot of complications for the owners of the land—they don’t get paid a fair amount by the government, they’ve to relocate, the government doesn’t pay them on time, etc. This tyrannical law must be amended in a way that both parties are equally benefited. 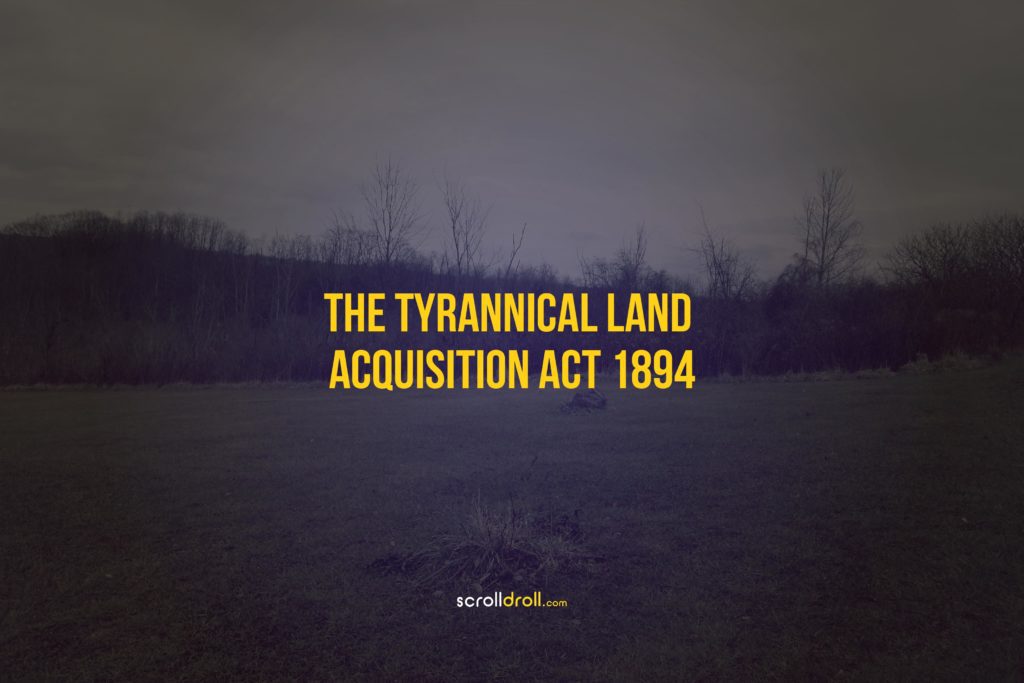 8. Despite being one of the world’s richest nations with lodsa potential for development, India lies behind in modernity because it still hasn’t legalised same-sex marriages across the nation. Over the years, there have been some improvements in the outlook of people and the Government toward homosexual relationships. But still, we’re yet to see the day when one is allowed to marry the person of one’s choice. Hope we witness that day soon! 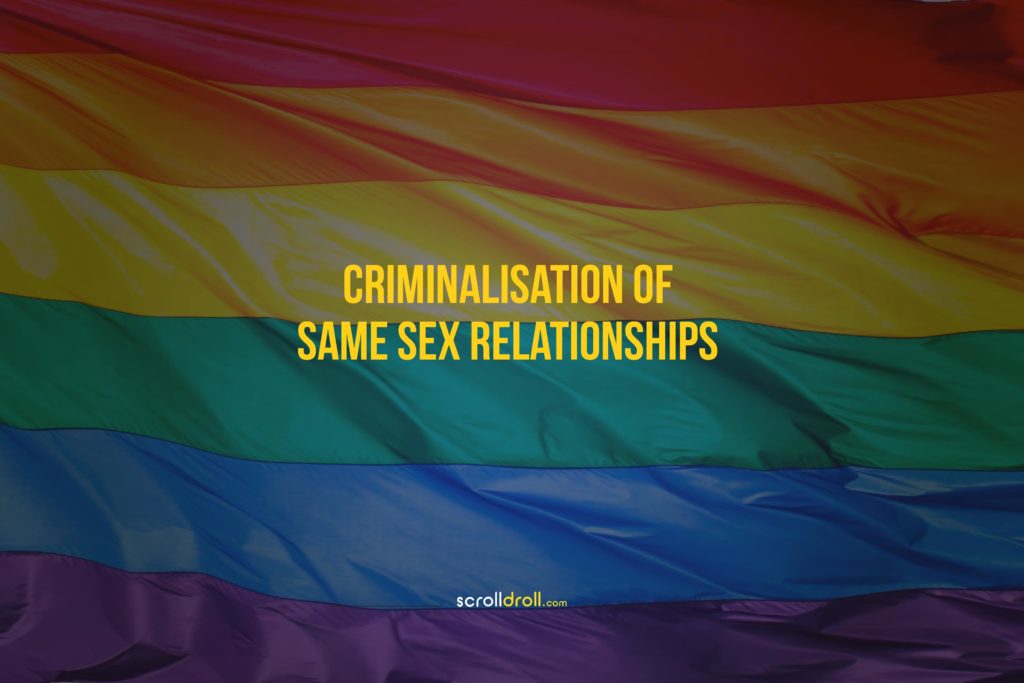 So, what are your thoughts on these weirdest Indian laws? Can you make any sense of these? Let us know in the comments below.

Also read: 13 Ridiculous and Sexist Laws That Are Practiced Even Today