12 Funny Statements From Rahul Gandhi That Left Us In Splits

Rahul Gandhi, although leads the Indian National Congress but doesn’t hold back when it comes to making communication blunders. His remarks during rallies and conferences and funny statements from Rahul Gandhi have taken the news mongers and social media trolls by storm. And the list of such faux pas by Rahul Gandhi is too long. Rarely does an election end without Rahul Gandhi giving some quality meme material to the online audiences.

Rarely, he is talked about for his achievements. He usually gets media coverage, because he utters wrong things at the wrong time. From ‘Chappalon Ki Sarkar’ to the ‘Escape Velocity of Jupiter’, Rahul Gandhi’s foot in the mouth moments are plenty.

Here are some of the most funny statements by Rahul Gandhi during his speeches, addresses and discussions

Also Read: 21 Tweets About Rahul Gandhi That Are Funny AF 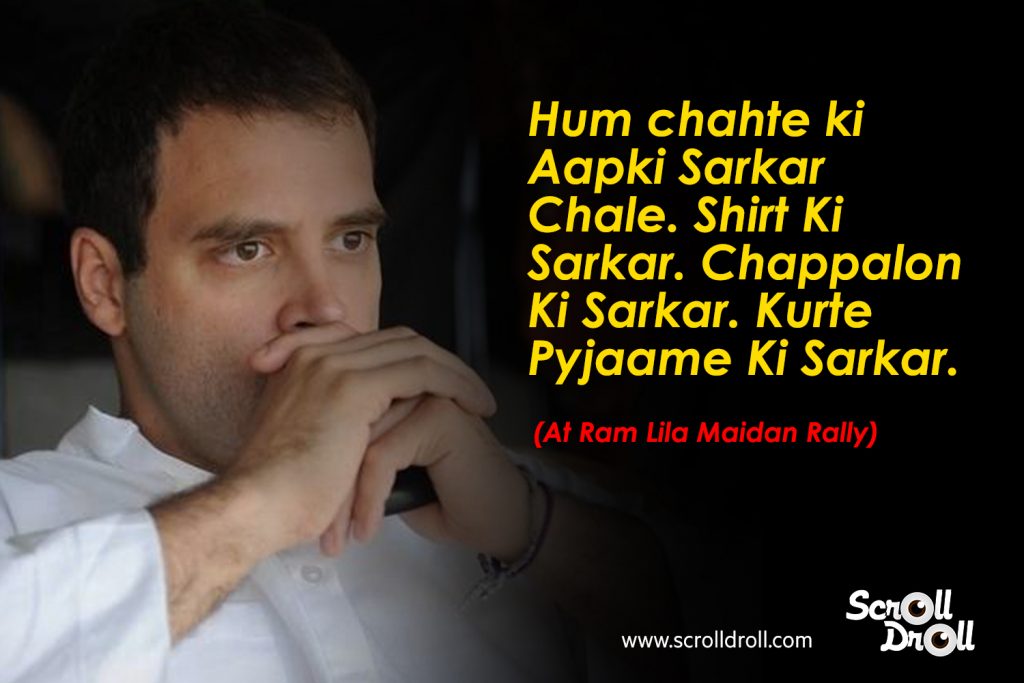 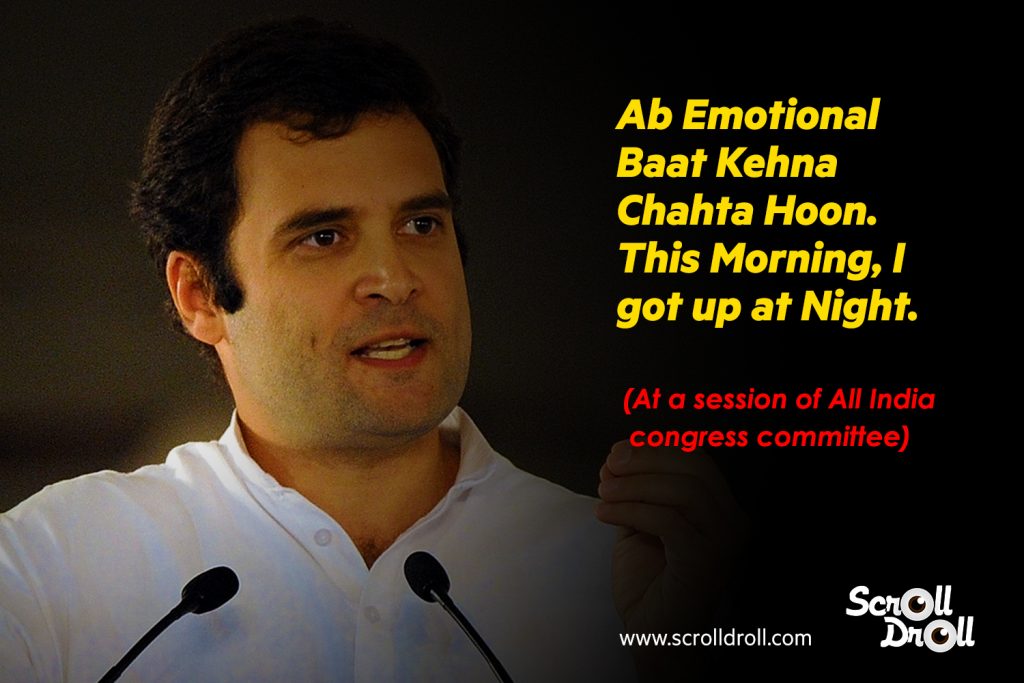 3. We are not an elephant…we are a beehive. 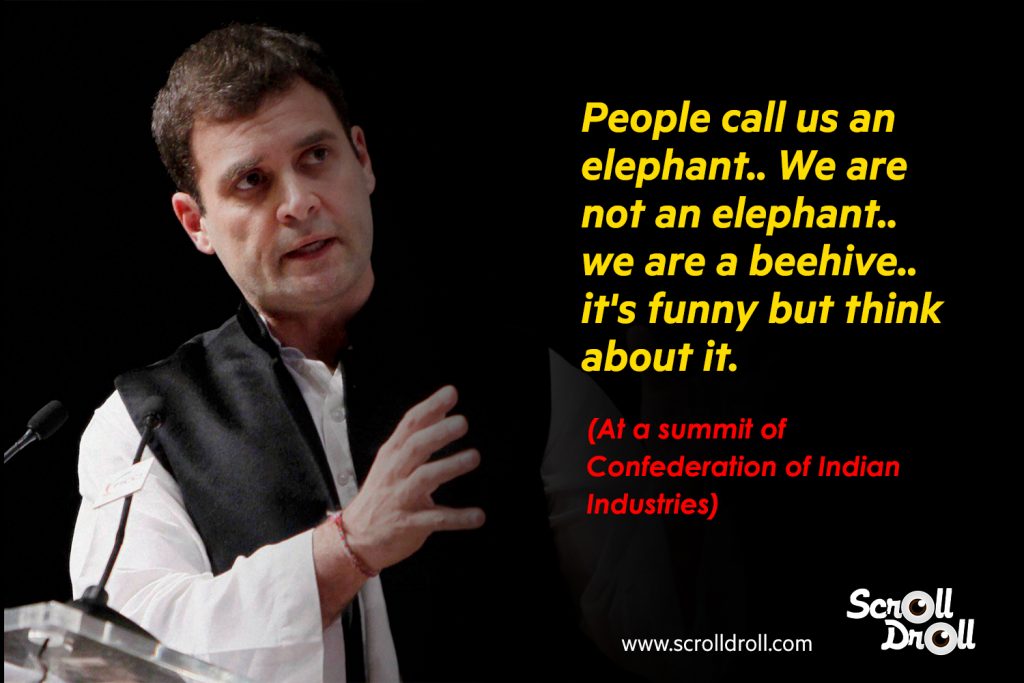 4. Poverty is just a state of mind. 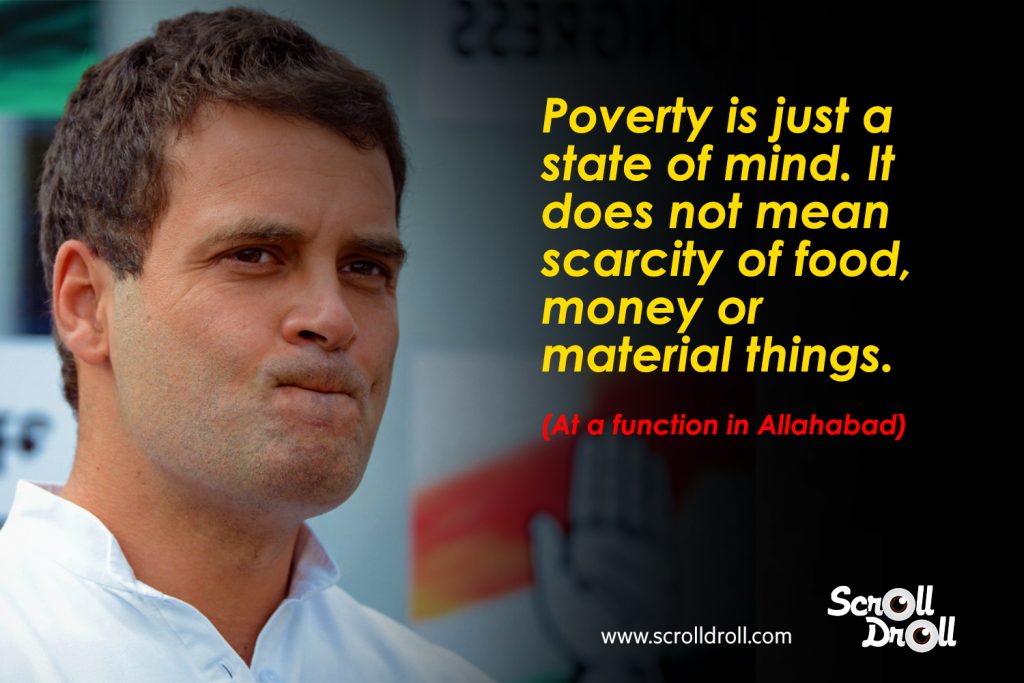 5. Congress is India’s default programme!
(Though the 2014 Lok Sabha election results might have made Mr. Gandhi rethink his statement) 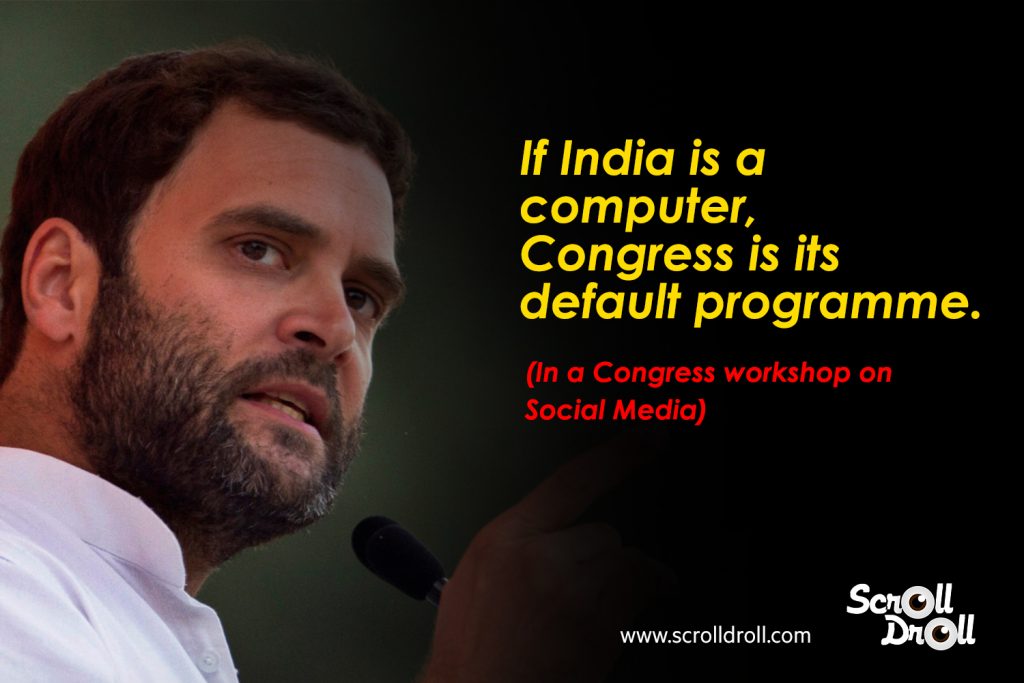 6. Congress is a funny party
(I agree with Mr. Gandhi on this) 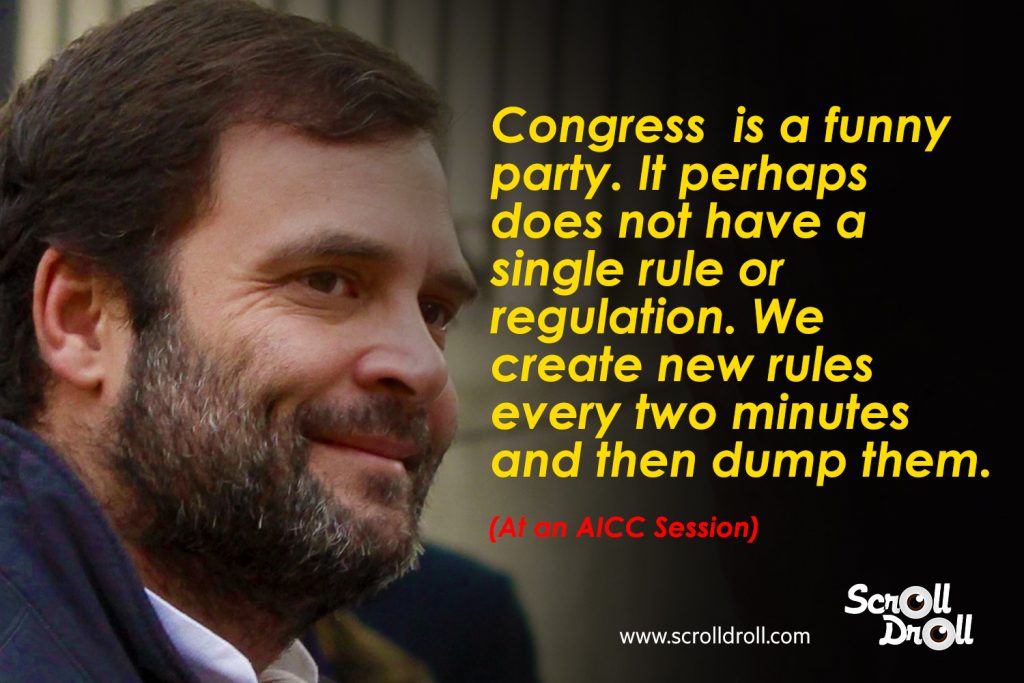 7. Politics is in your shirt…in your pants 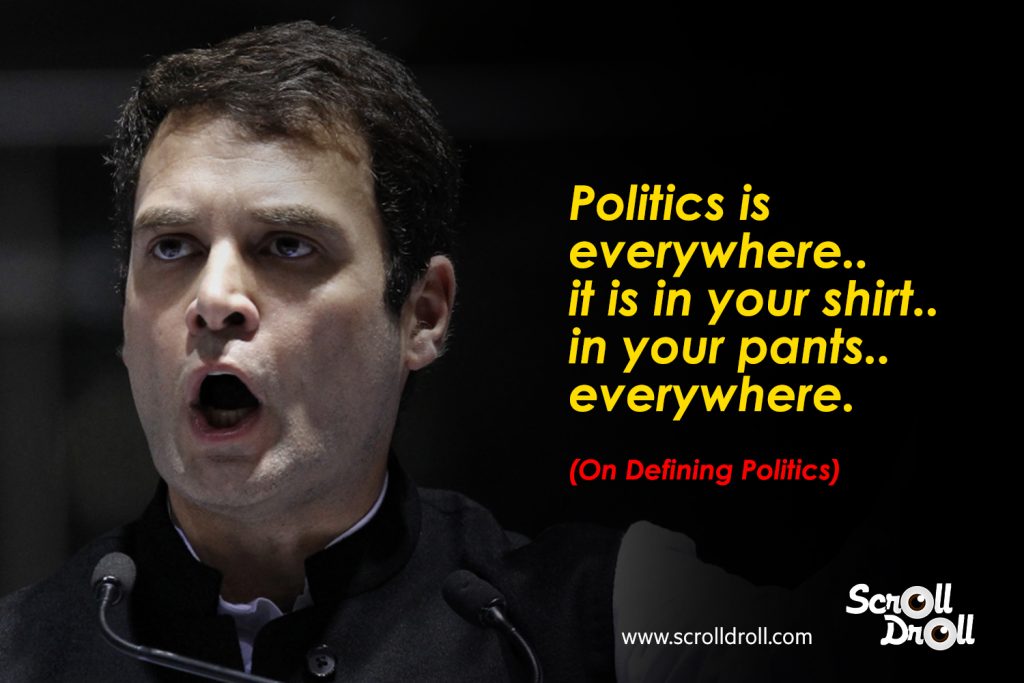 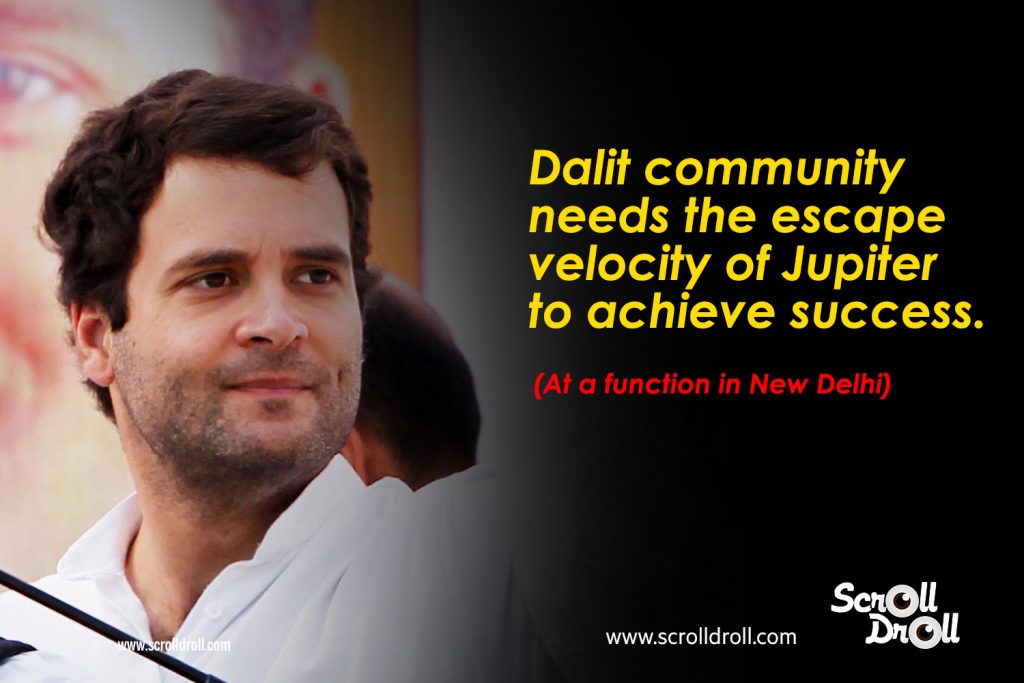 9. The ordinance is a complete non-sense 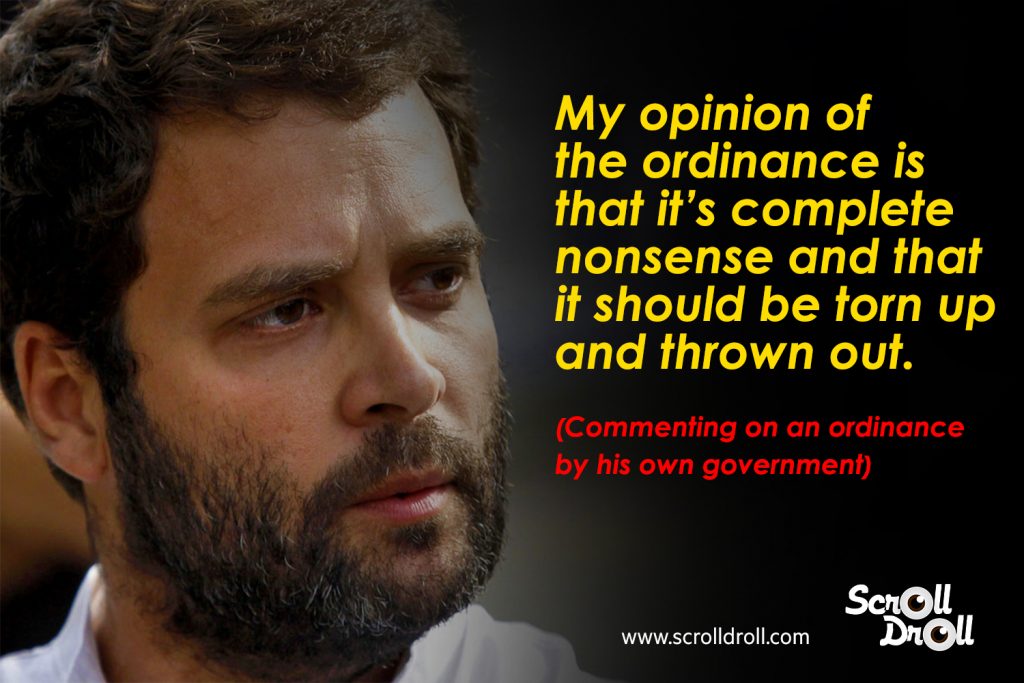 10. If I am useless, the people of India will see that 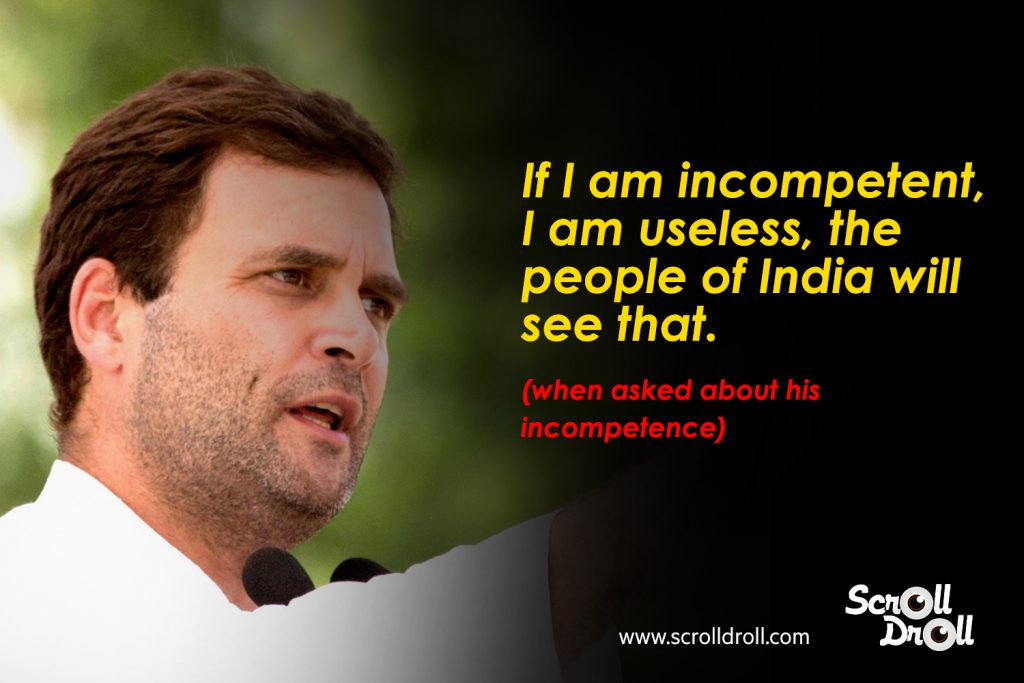 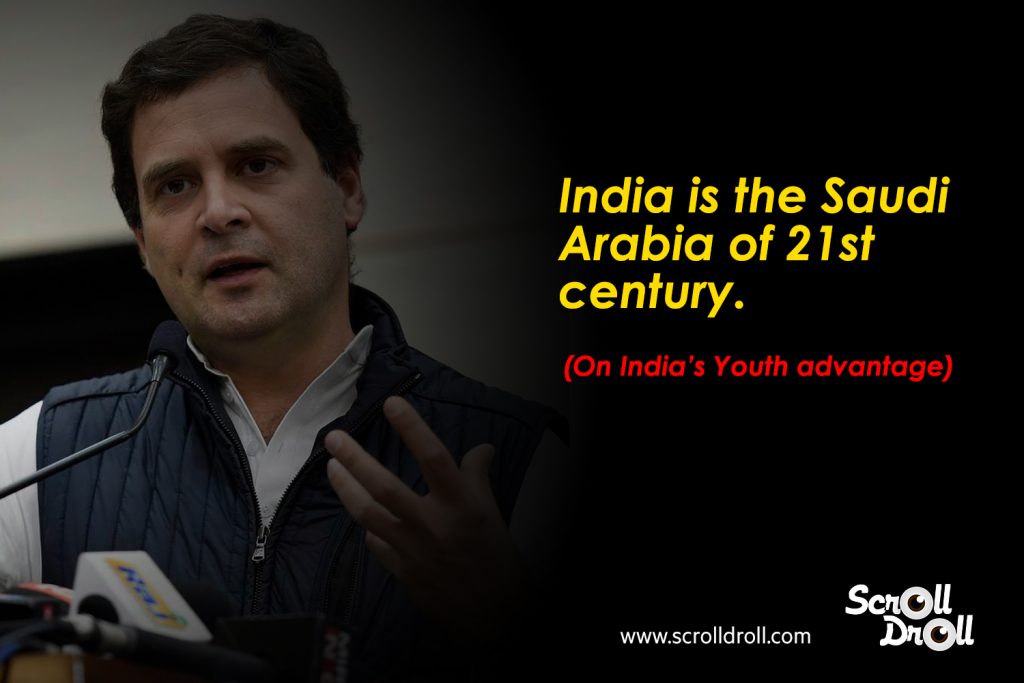 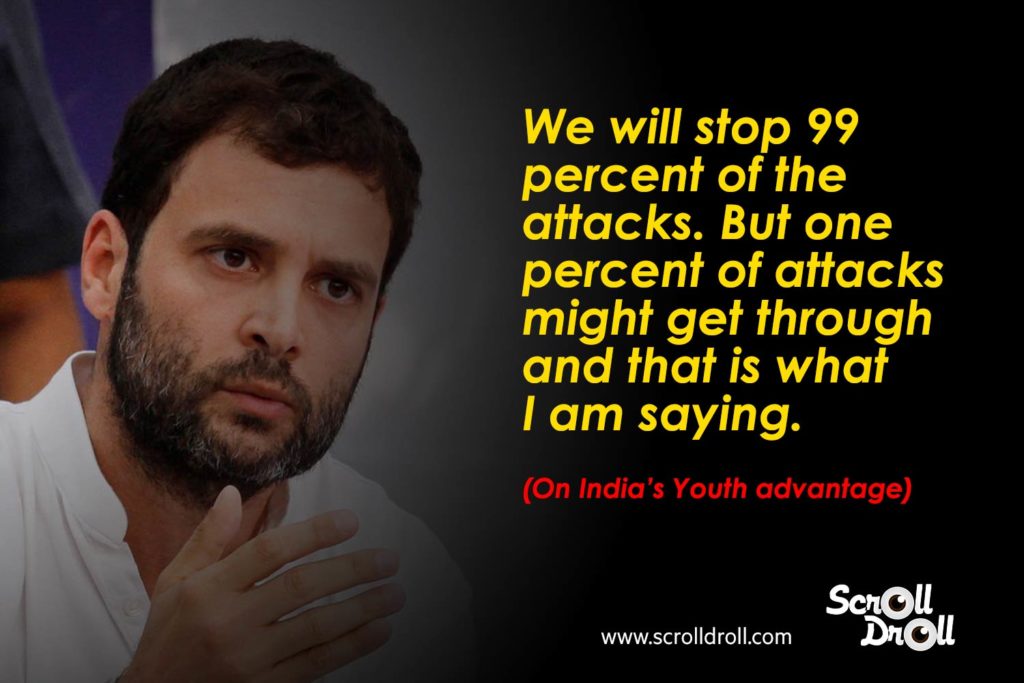 Besides having a royal lineage of remarkable leaders, Mr. Gandhi is probably still struggling to come of age. And these funny statements from Rahul Gandhi doesn’t help the cause. In fact, it ends up breaking the internet with memes and jokes.

Where do you think this Congressman is lacking and what should he do to acquire the charismatic oratory skills that could give some fight to his political adversary – Prime Minister Narendra Modi!

14 Bollywood Stars Who Show ‘Impossible Is Nothing’