Former Prime Minister and “Bhishma Pitamah” of Indian Politics, Atal Bihari Vajpayee is no longer with us but the nation remembers his legacy of being a man of masses and an ardent champion of women empowerment and social equality. A poet by heart and an orator par excellence, his fiery speeches, witty replies and Atal Bihari Vajpayee quotes often left the listeners in awe and the opposition in jitters.

From addressing the United Nations in Hindi during his tenure as the foreign minister in 1977 to his fiery speeches in the Parliament and election rallies, Vajpayee Ji was a gifted speaker who often knew to state his point, take digs on opposition and answer questions in a gentle yet powerful manner.

We bring you some of the best Atal Bihari Vajpayee quotes laced with wit, sarcasm and humor

1. Is there any harm if I send the message tomorrow morning? 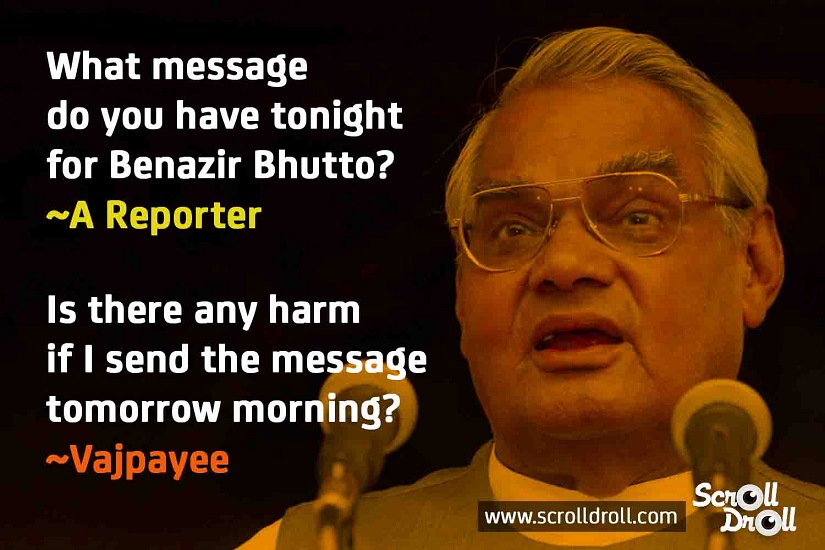 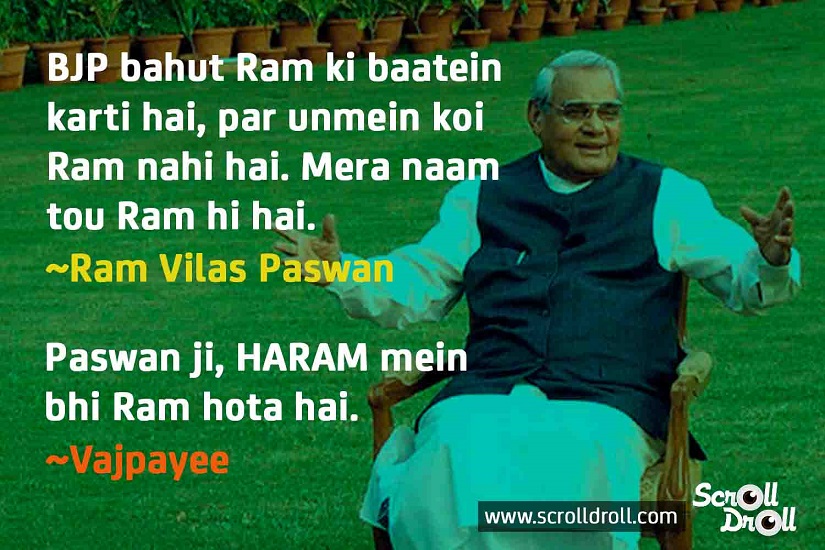 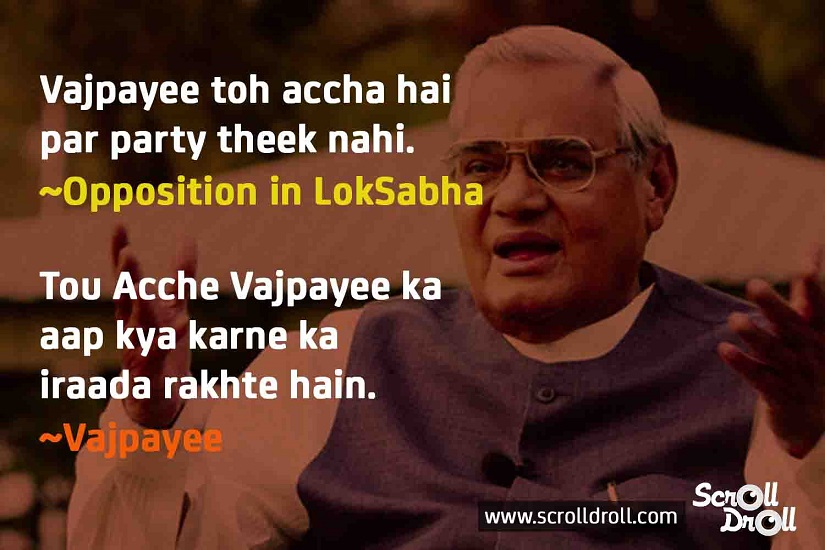 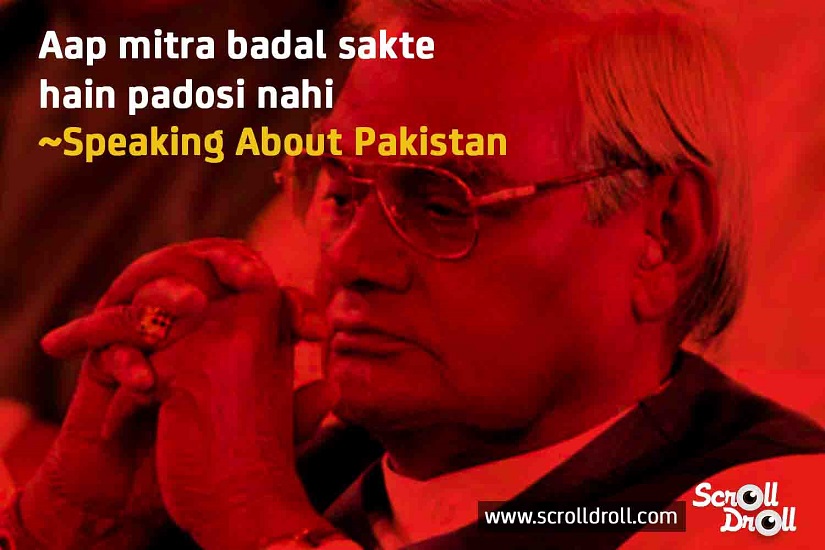 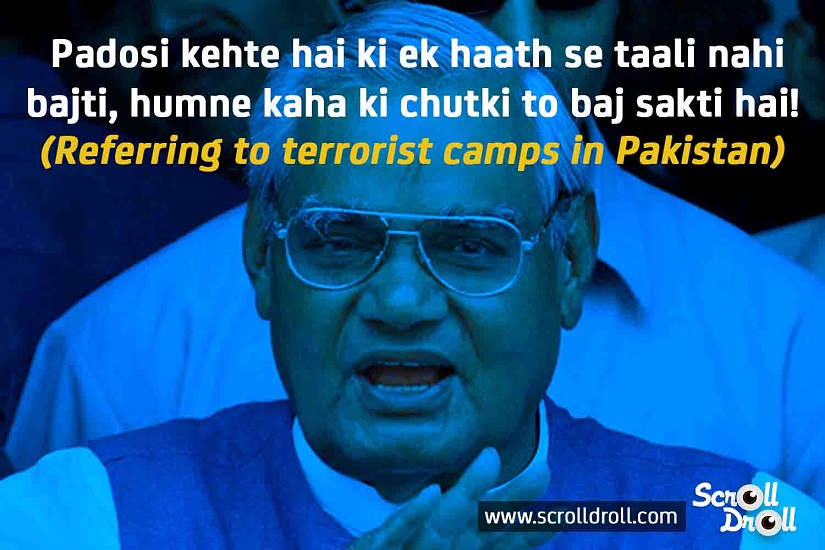 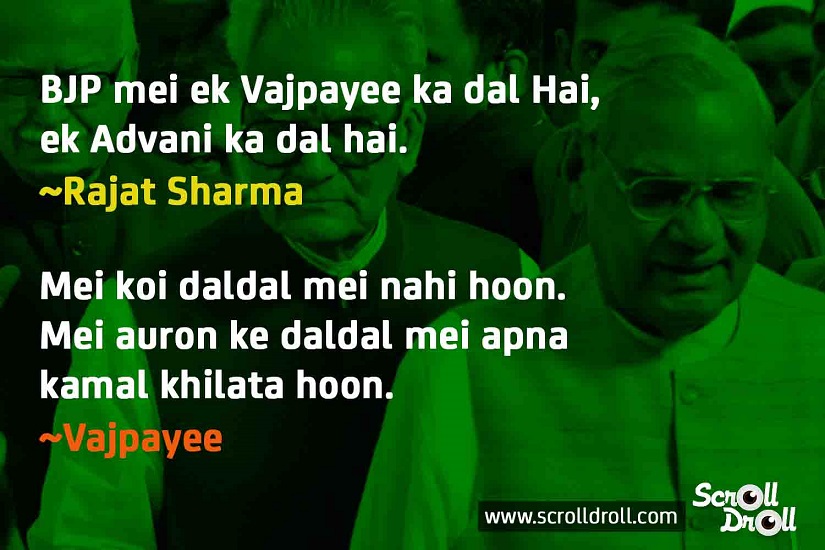 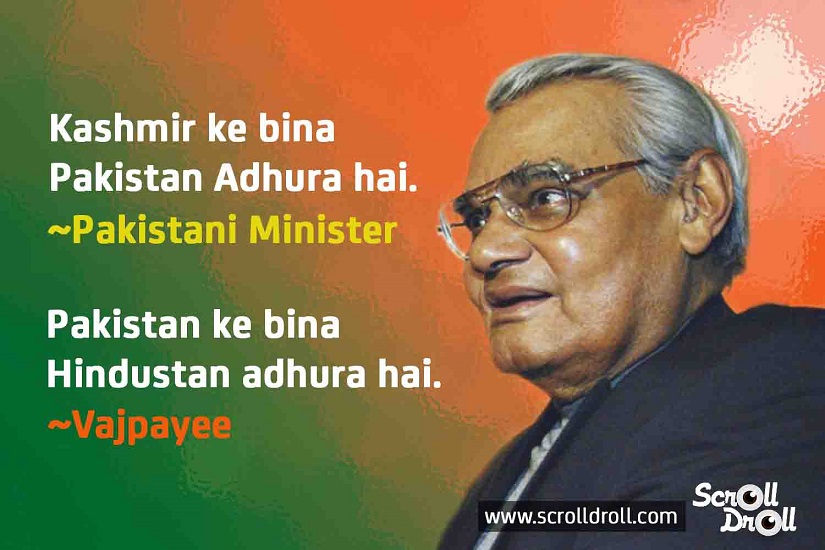 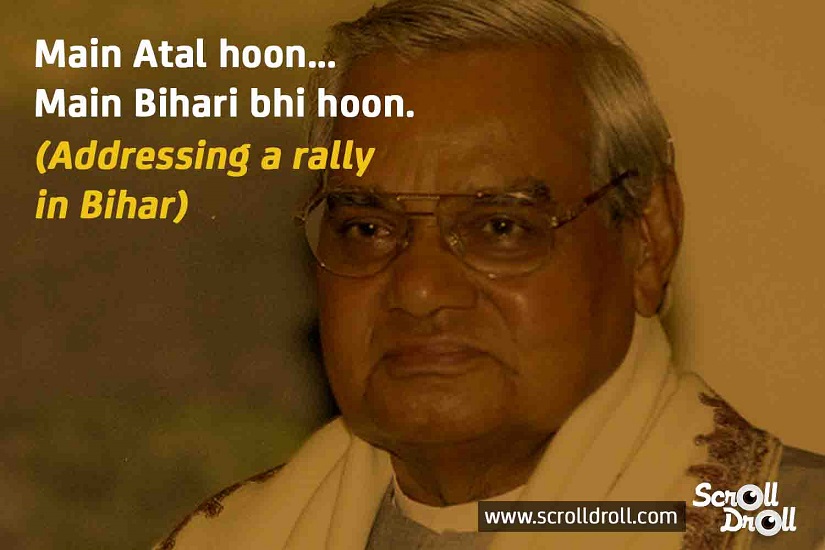 Amusing, charismatic and intelligent, Atal Bihari Vajpayee was a gem of a politician who led India boldly and astutely throughout his run as the Prime Minister. He is among the most celebrated and respected leaders of India who continues to inspire us!

The nation remembers Atal Bihari Vajpayee as a man who had an unquestionable repute and honor. The man who became the Prime Minister of the country thrice, Vajpayee ji is remembered for some of the iconic and defining  moments in the history of India including the Pokhran Nuclear Tests, Kargil War, Sarva Shiksha Abhiyan and Pradhan Mantri Gram Sadak Yojna.

Do you know of any other witty or iconic Atal Bihari Vajpayee quotes? Do let us know in the comments below.