Witty Replies in Game of Thrones

Game of Thrones has had countless lovable characters who have delivered some of the most memorable and witty dialogues in the history of television shows. Some of the characters have departed in the most shocking ways but some of them are still going strong. This show has enthralled viewers all over the world for the past 7 seasons and we are already excited for the final season of the series which is due in 2018. We’ve compiled a list of witty dialogues in Game of Thrones that have been delivered by the characters, we all love or hate.

1. Lord Stark was a noble man, but he did have some tricks up his vocab. 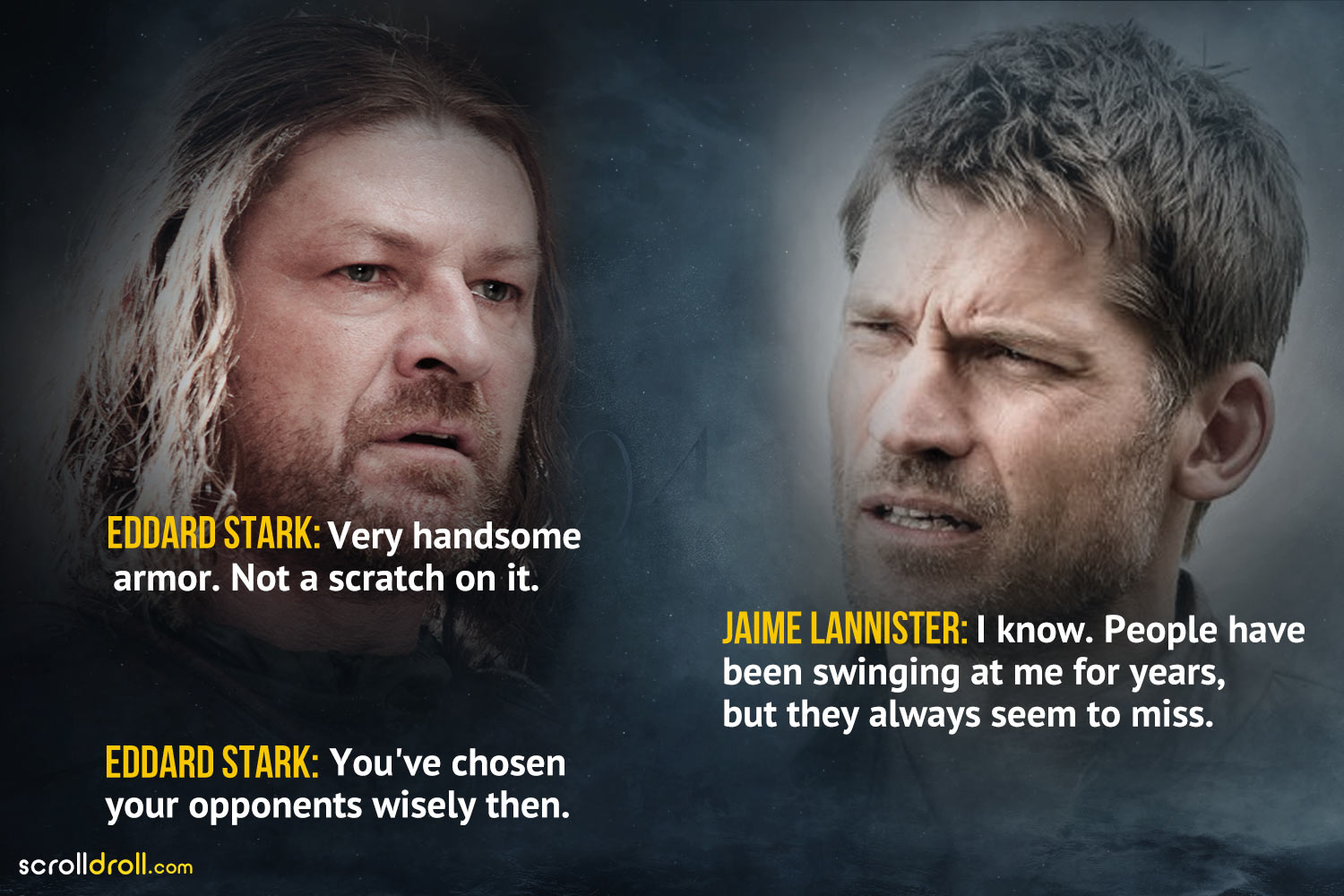 2. Jon Snow does know something. 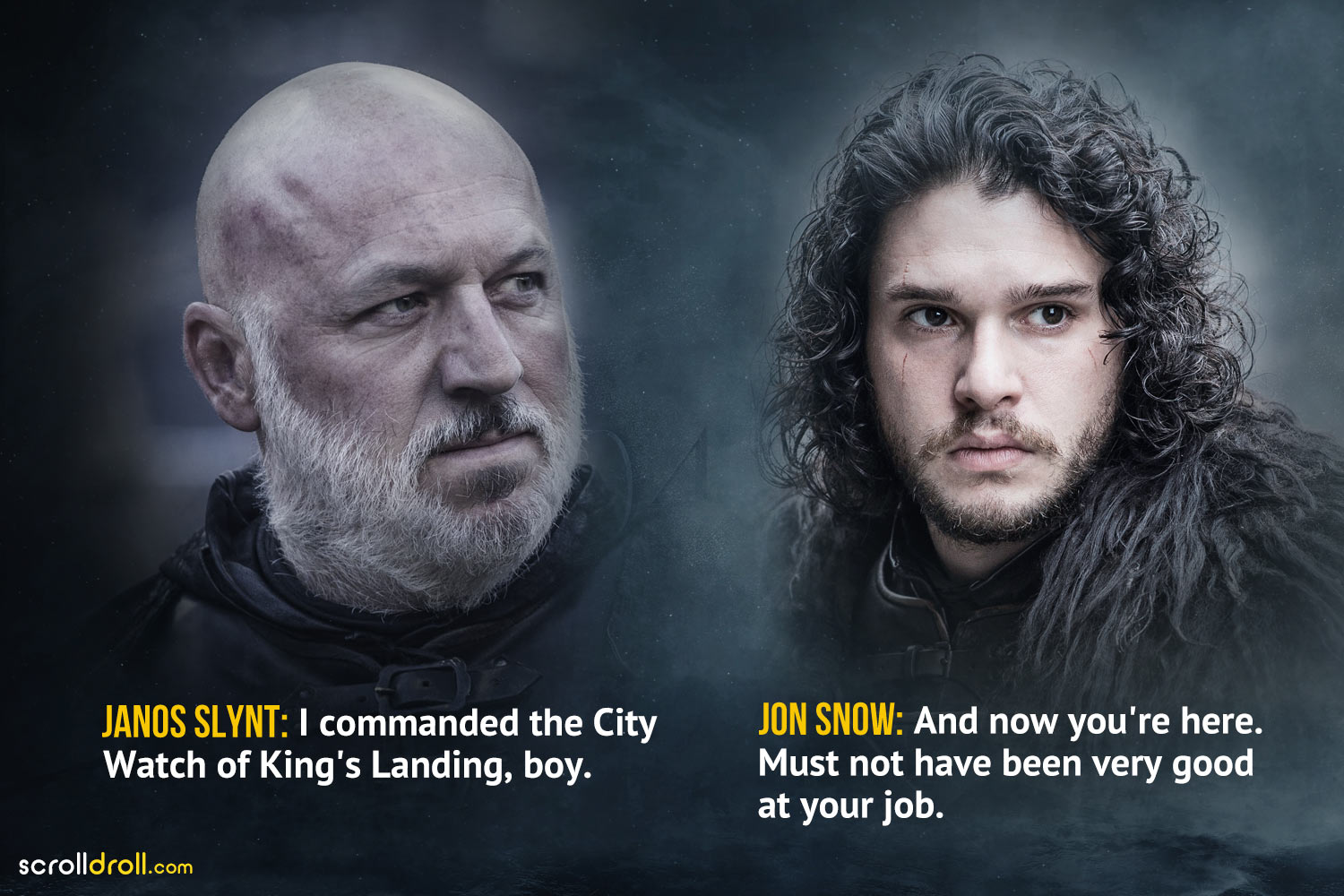 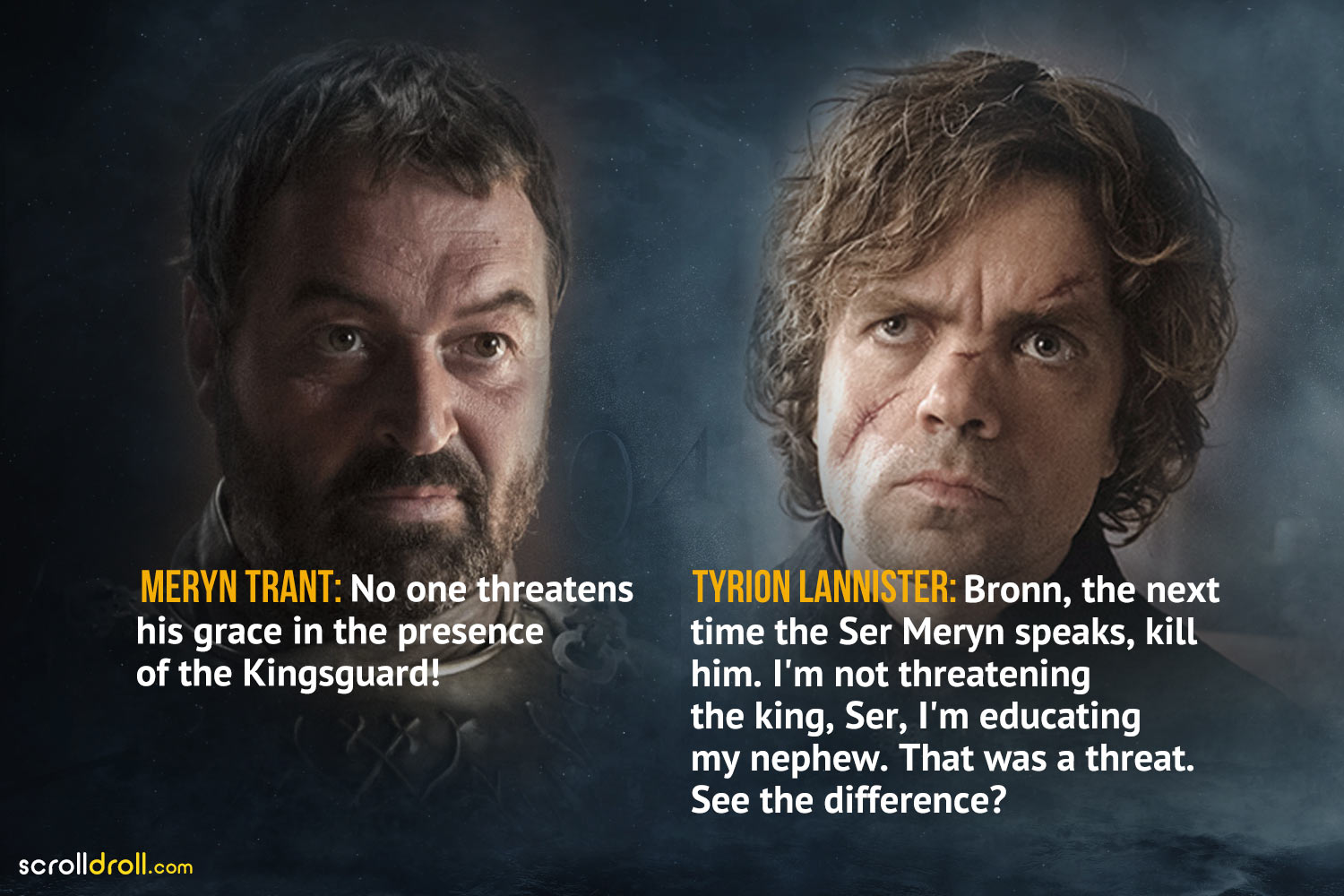 4. Littlefinger, outplayed in one of his dirty little games. 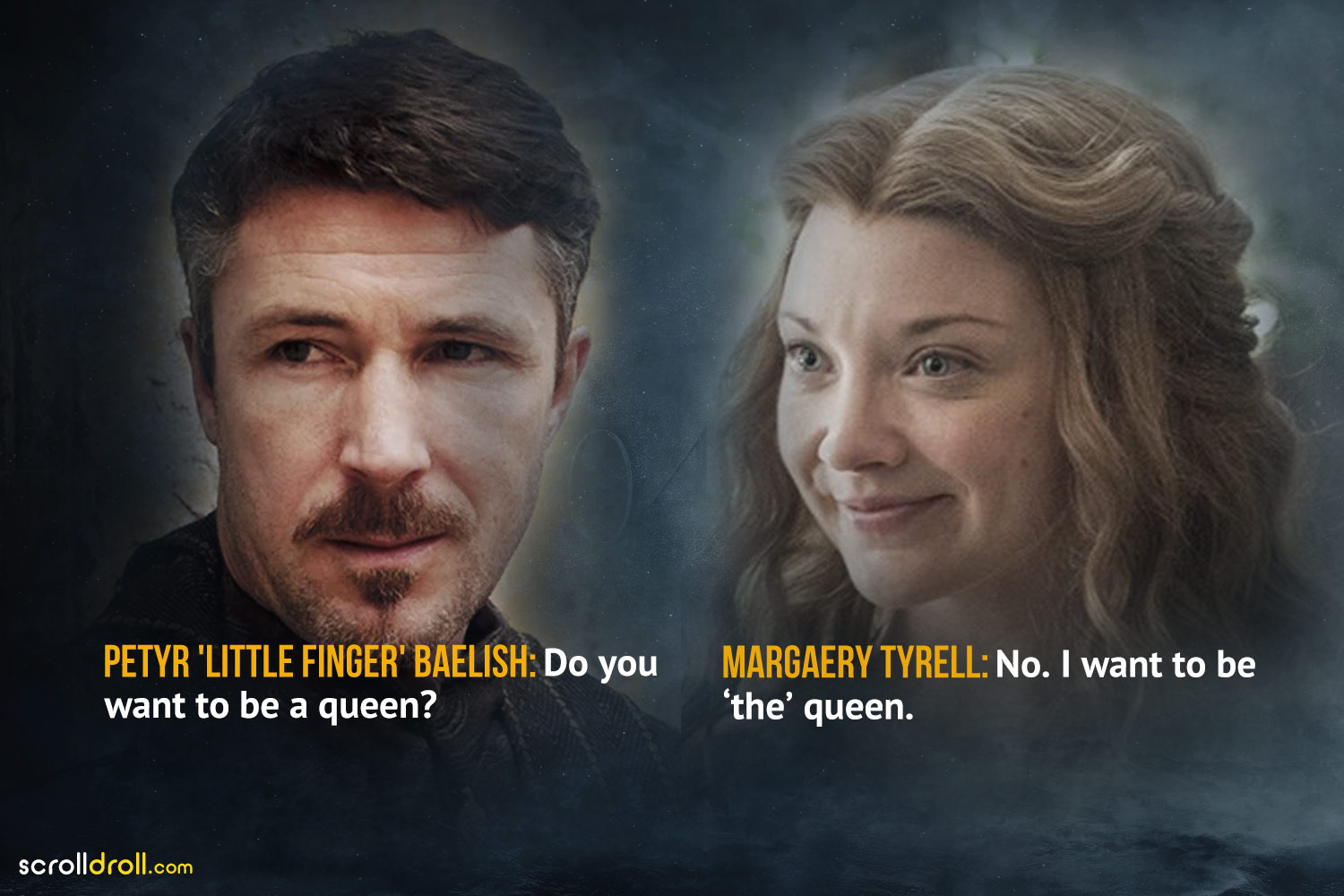 5.The rising of the wolf, Sansa. 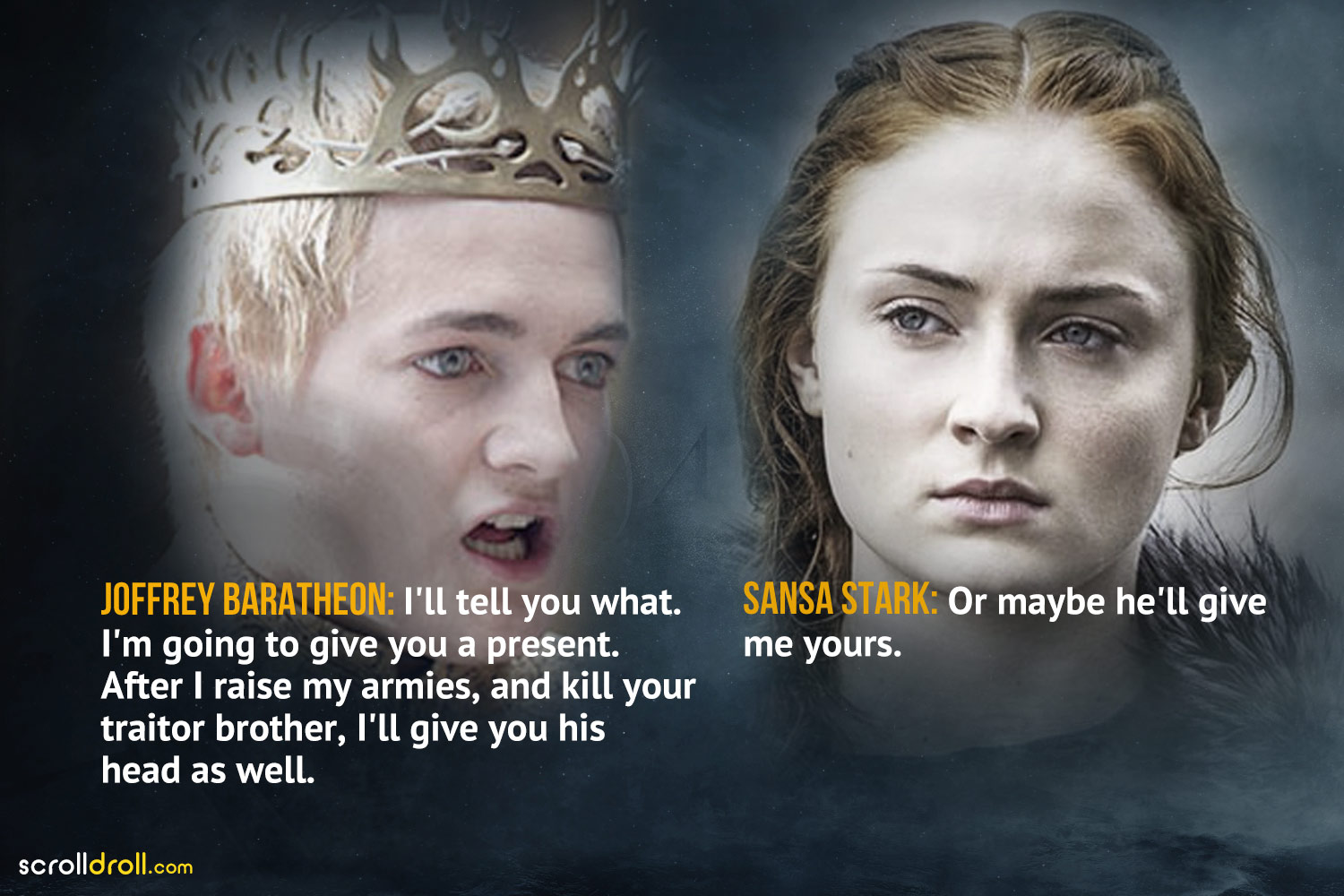 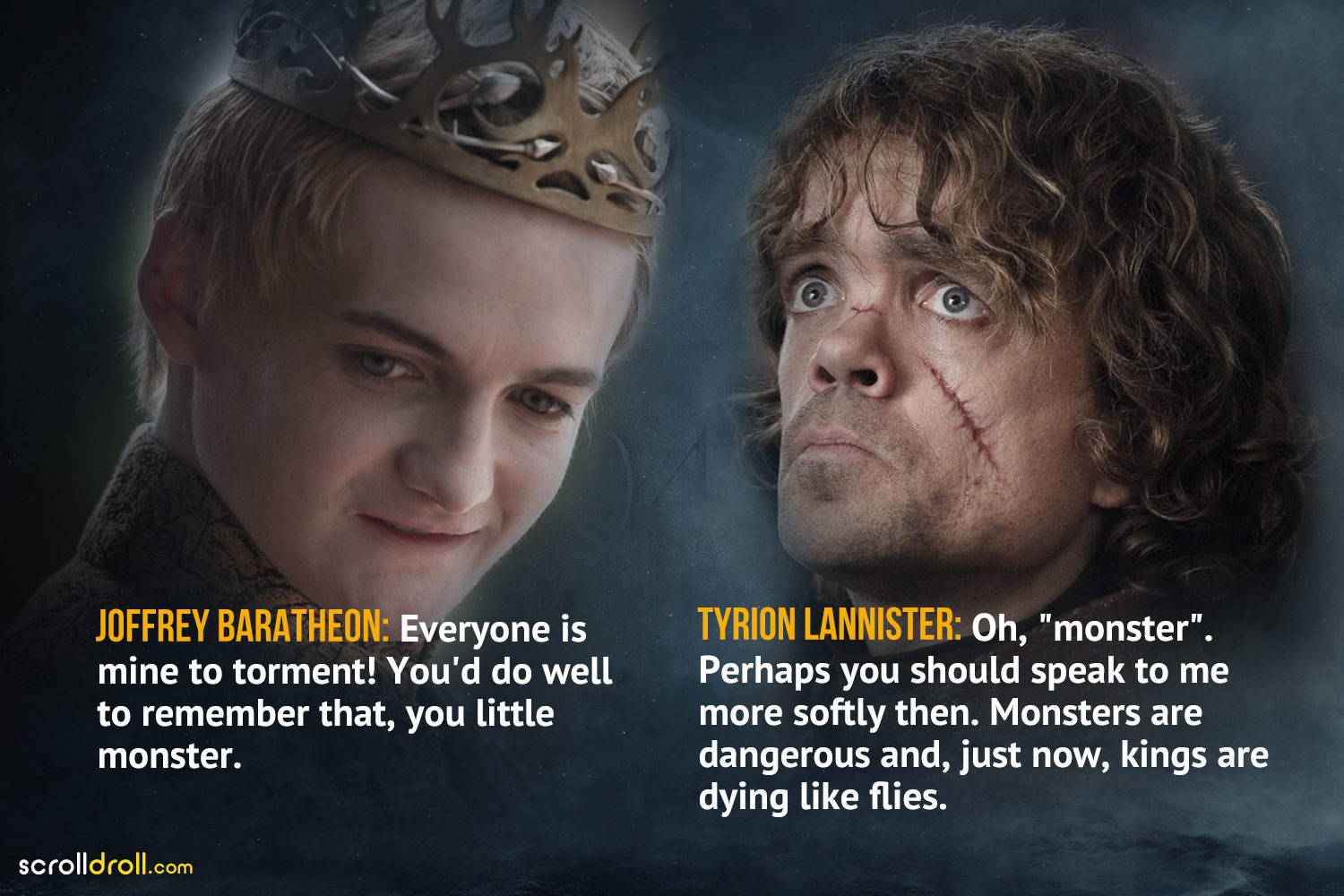 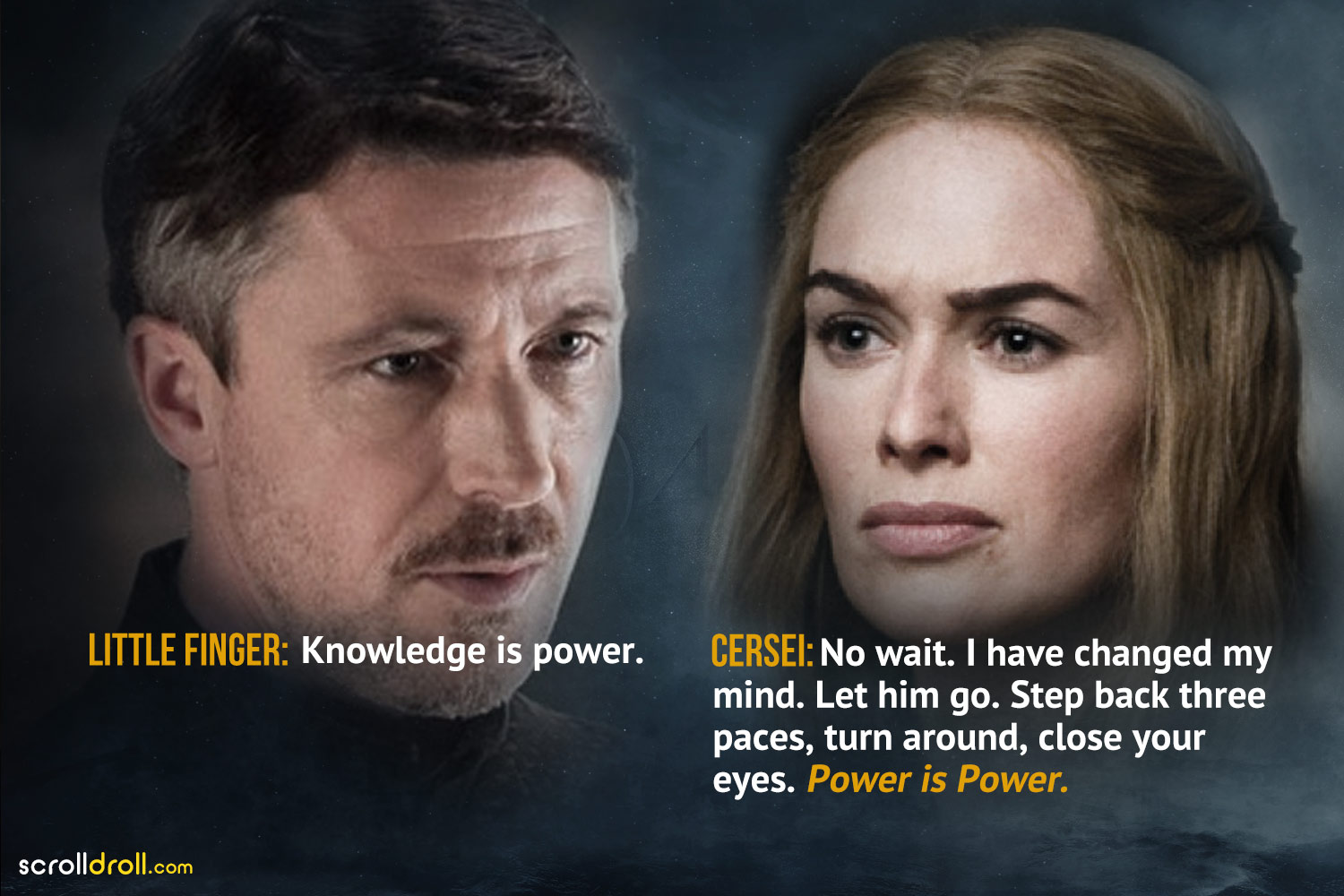 8. Though short lived, Robb’s was a strong character. 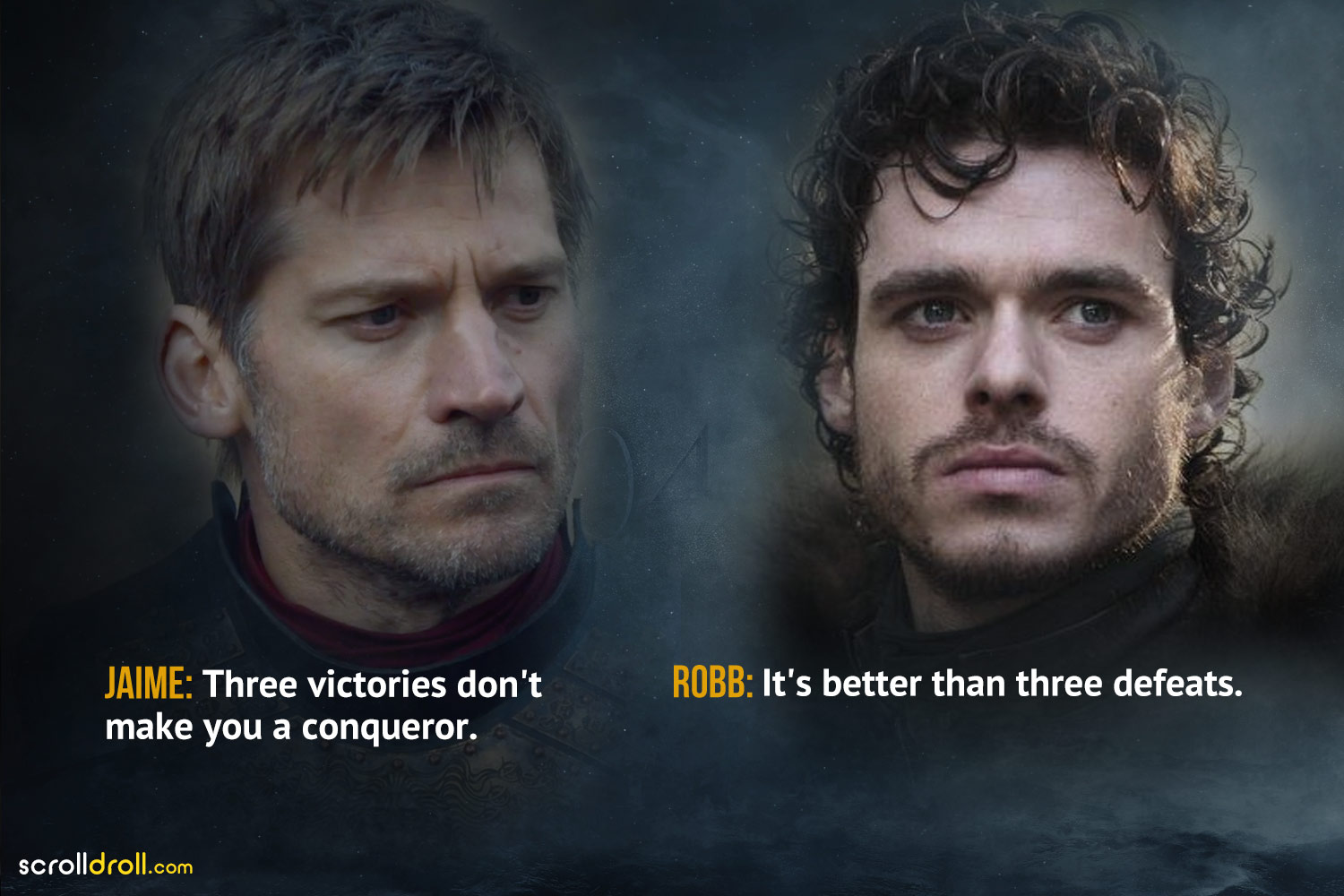 9. That indifference in Cersie’s tone is so hot. 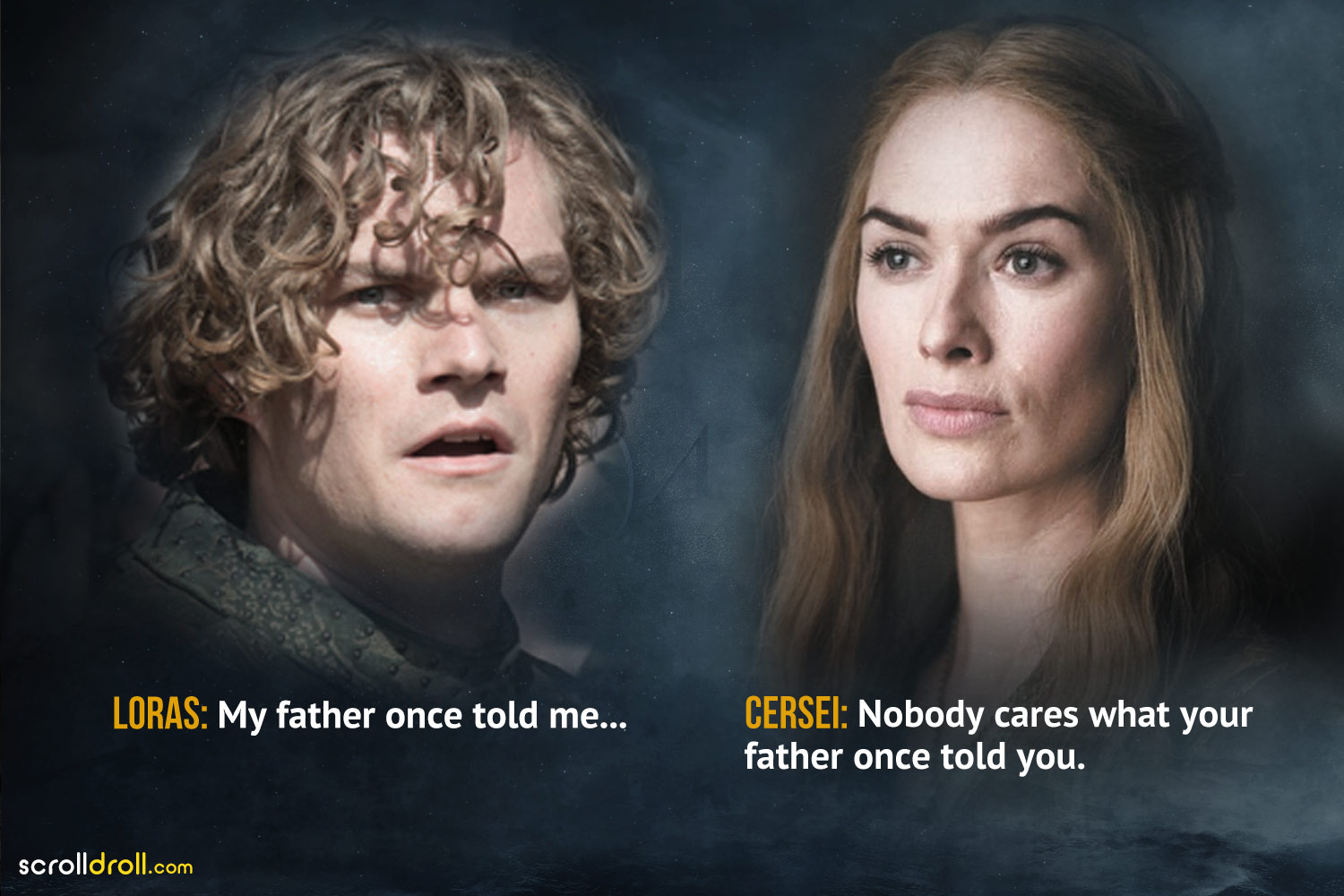 10. Two of the smartest men in the show have a rather dumb conversation. 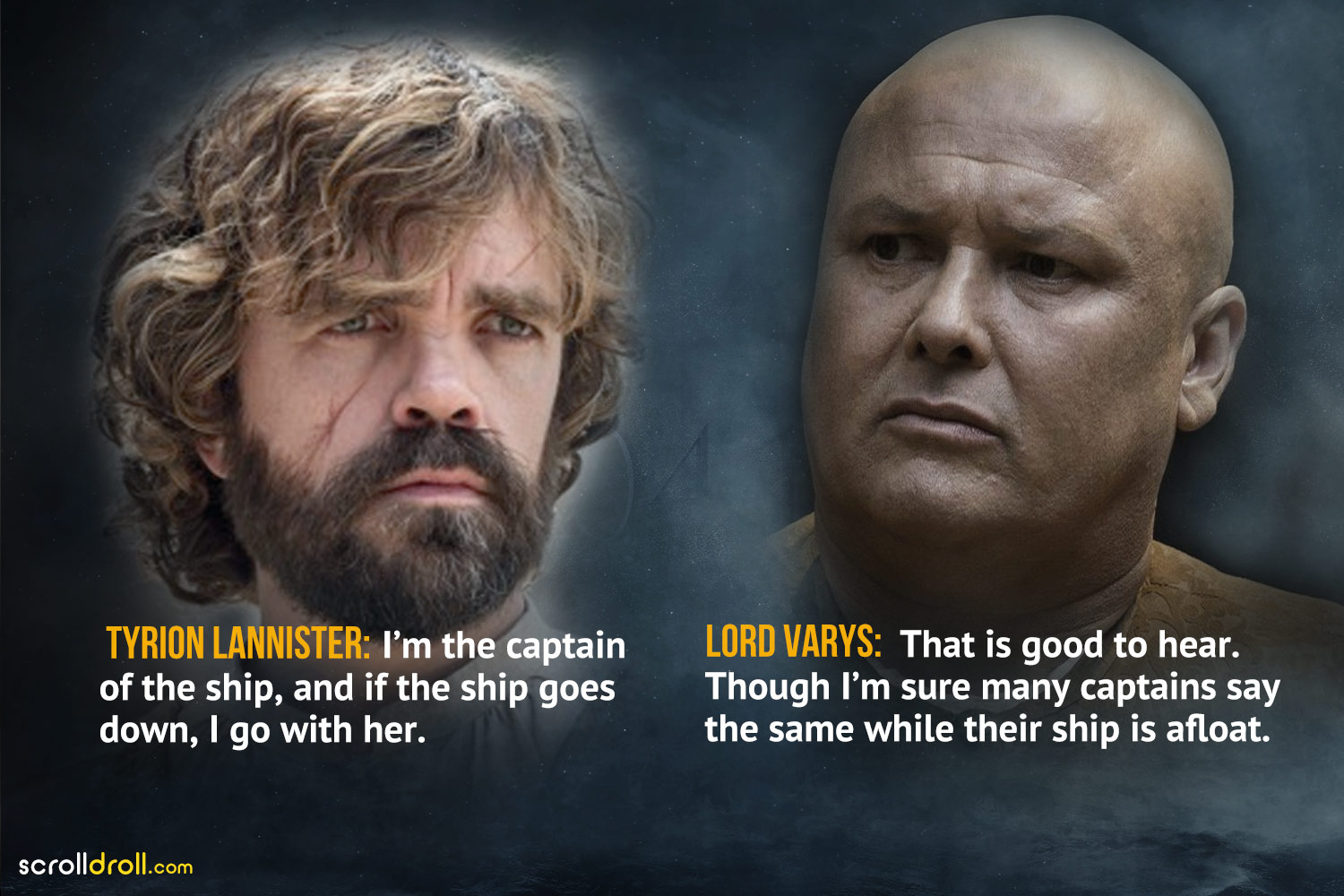 11. A typical converstion between The Imp and The Spider. 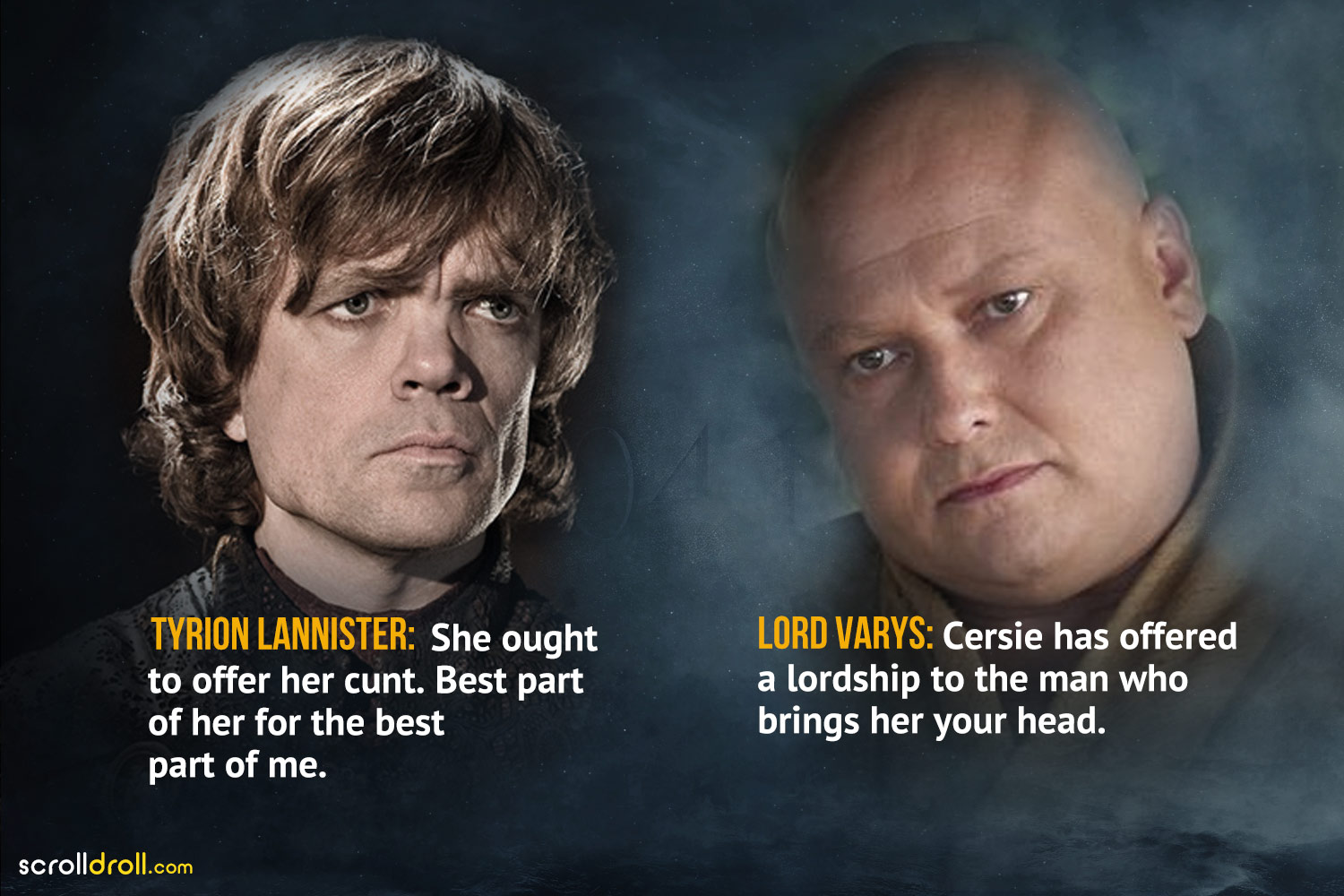 12. Truer words have never been spoken in the show. 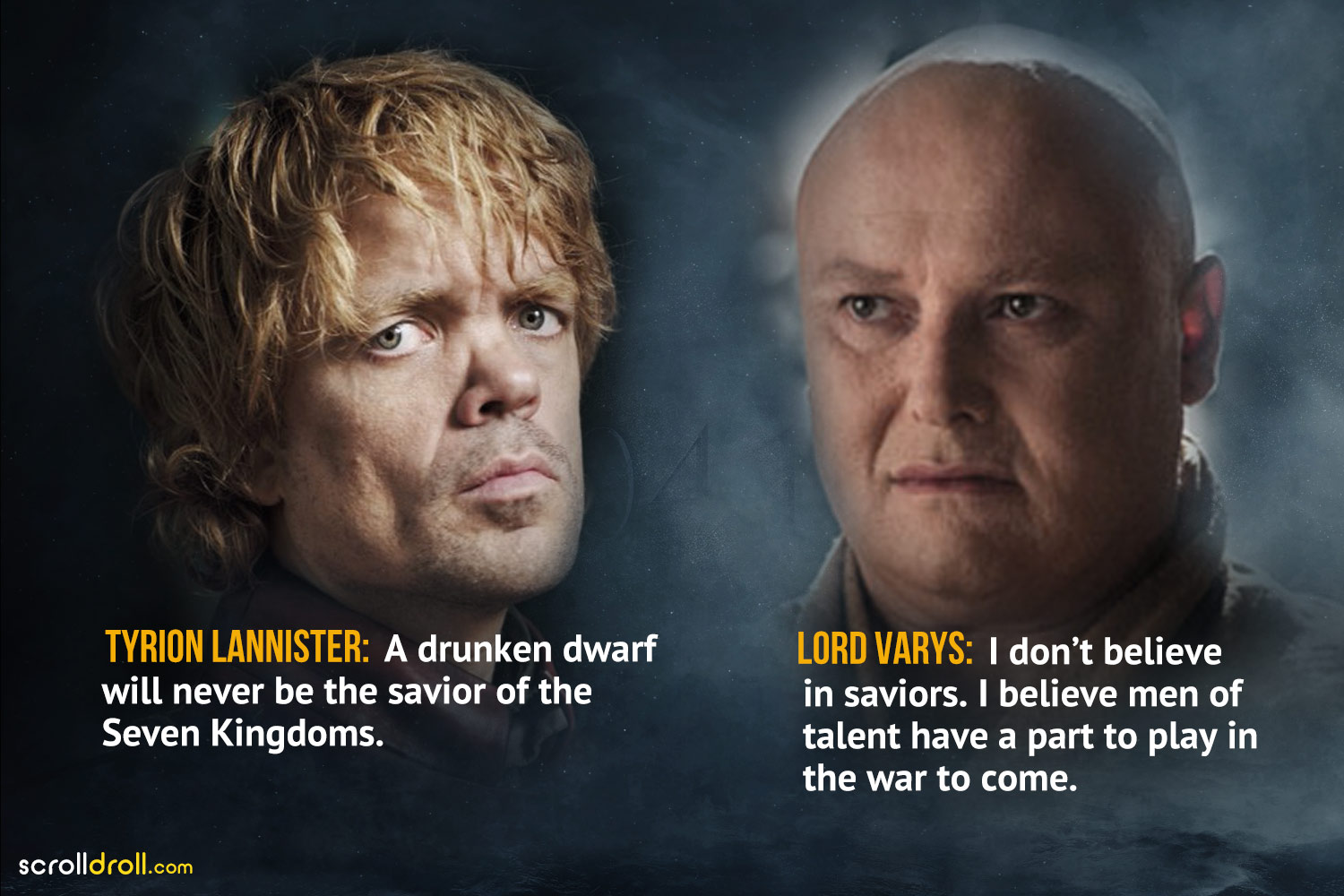 13. An endless journey with a bald eunuch can be a bit too much. 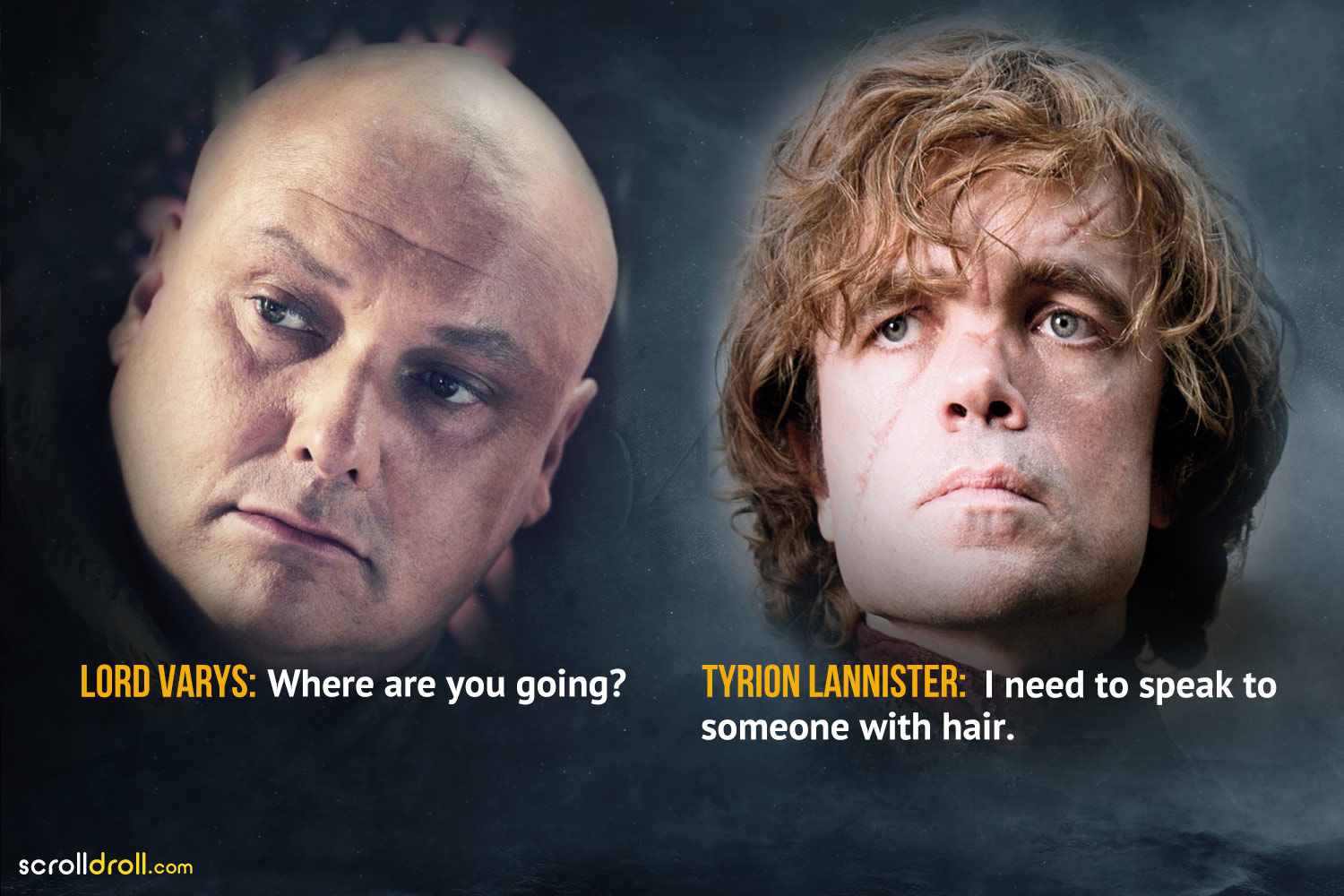 14. One has to have the upper hand over the other. 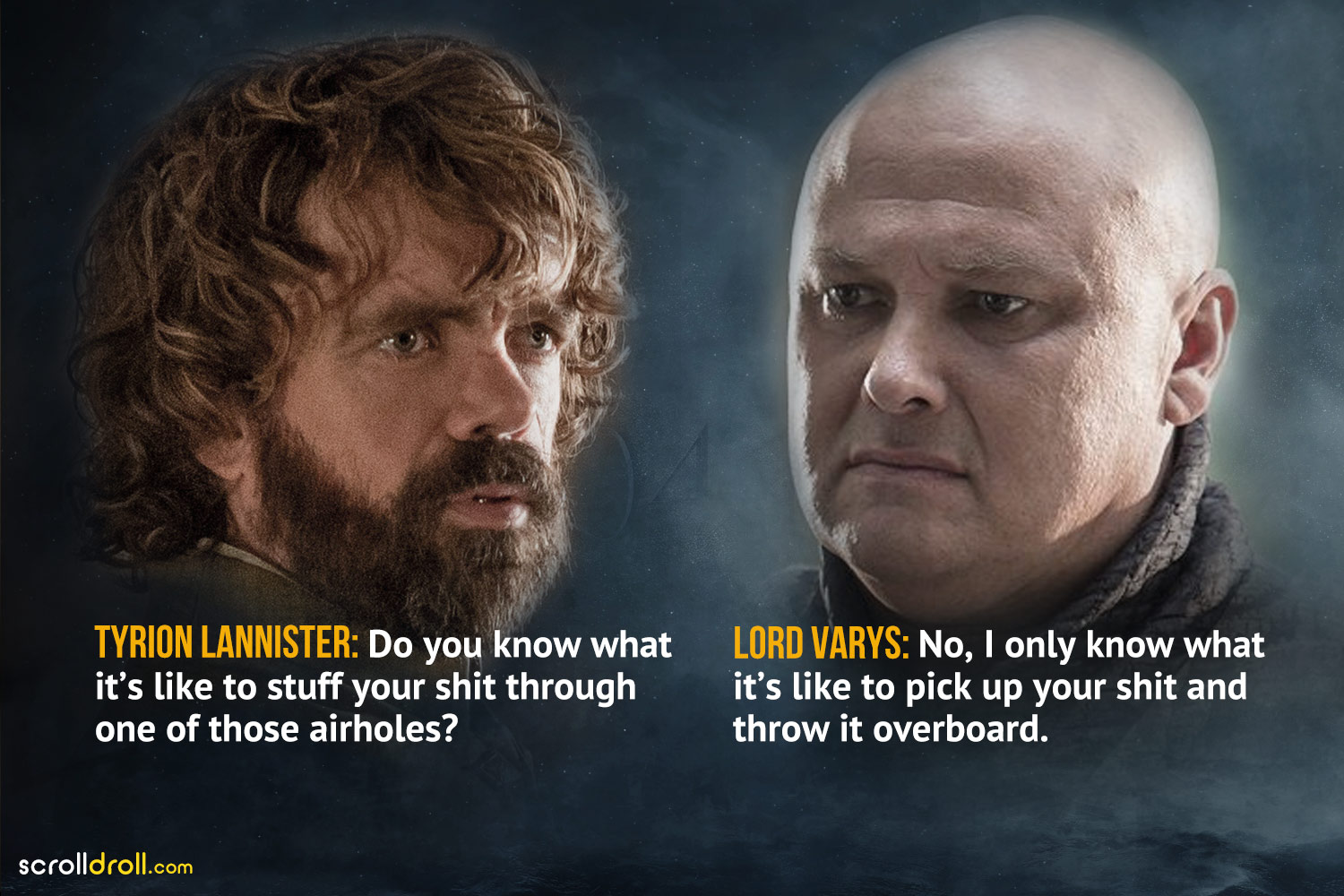 15. As we mentioned before, either of them have to one up the other. 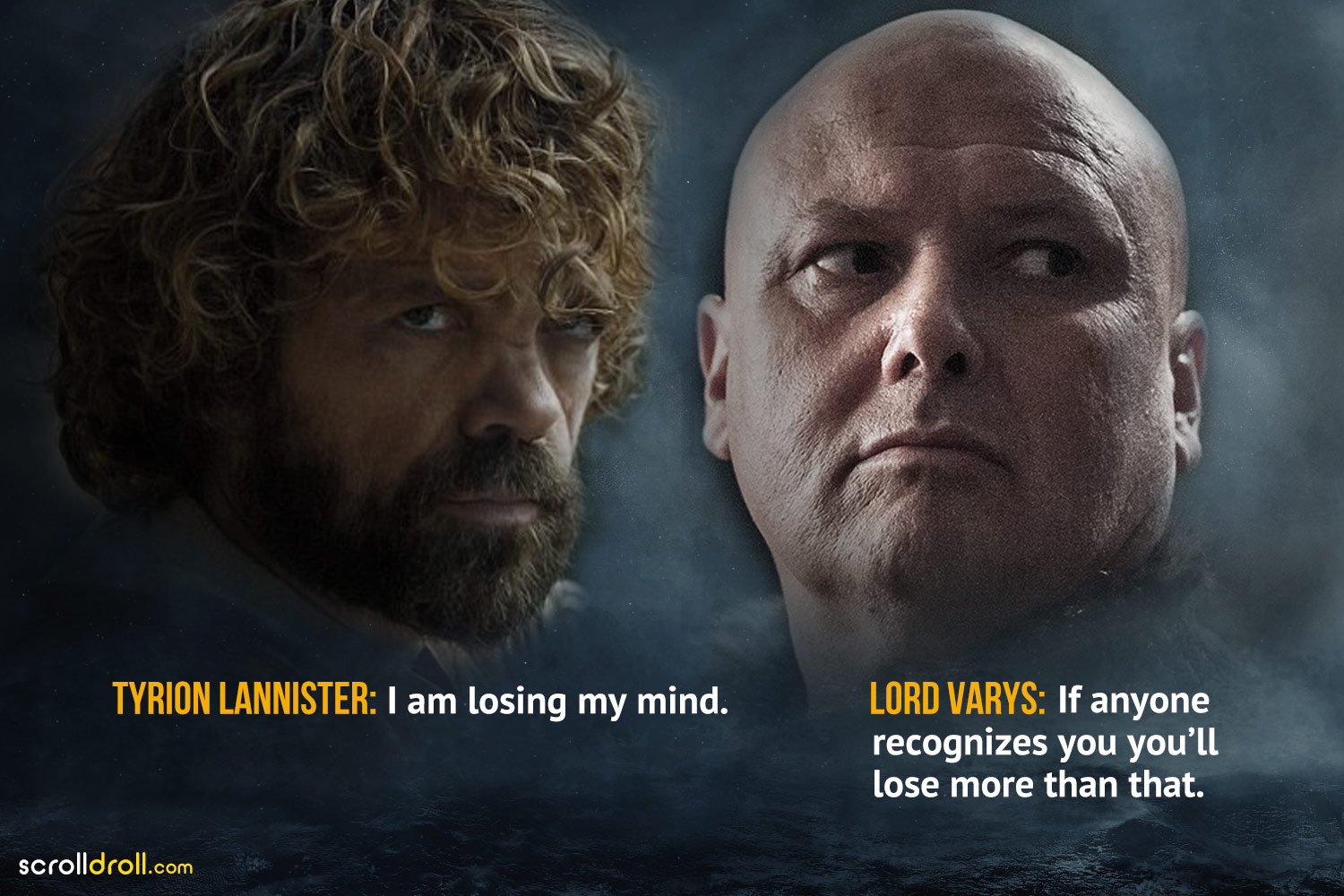 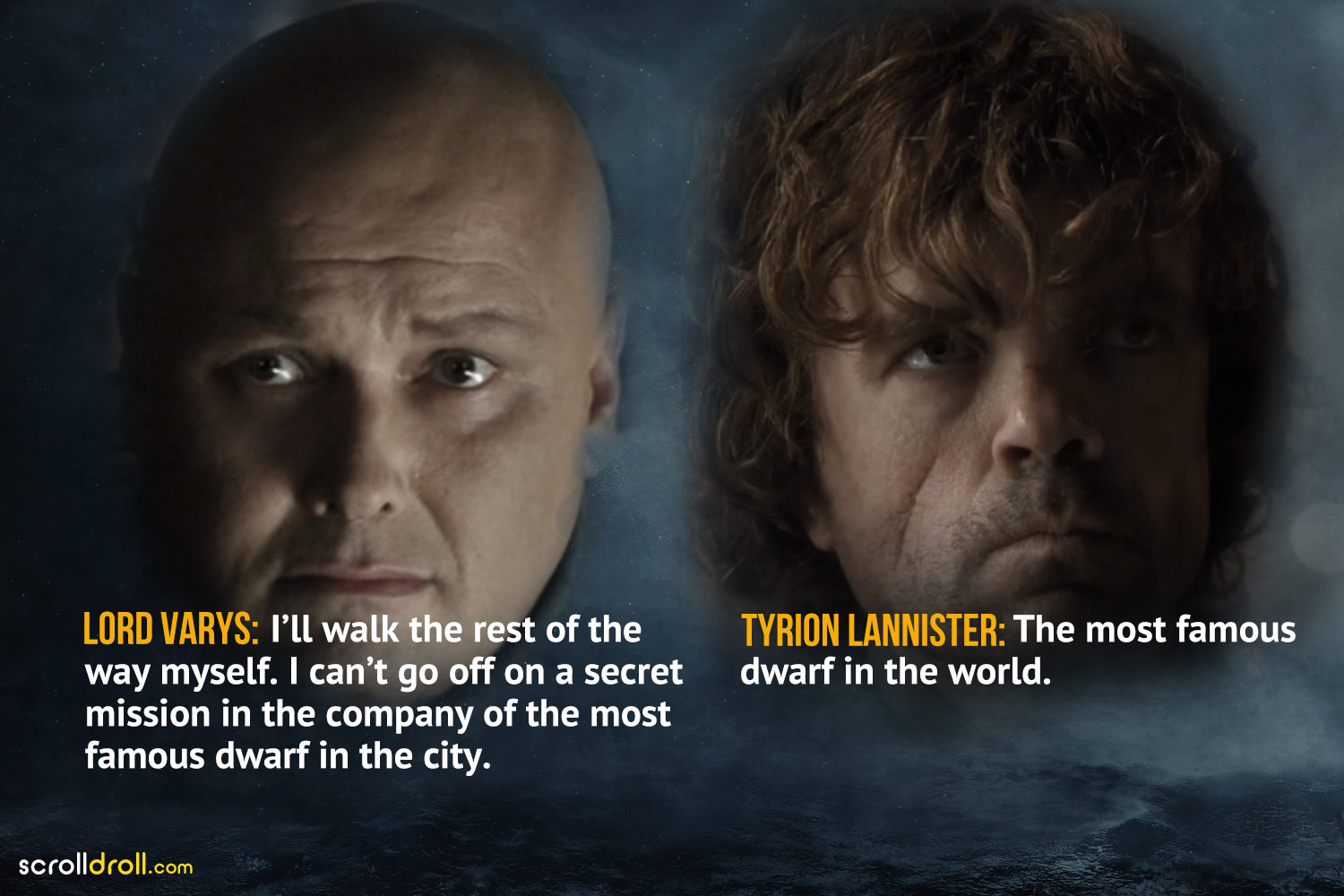 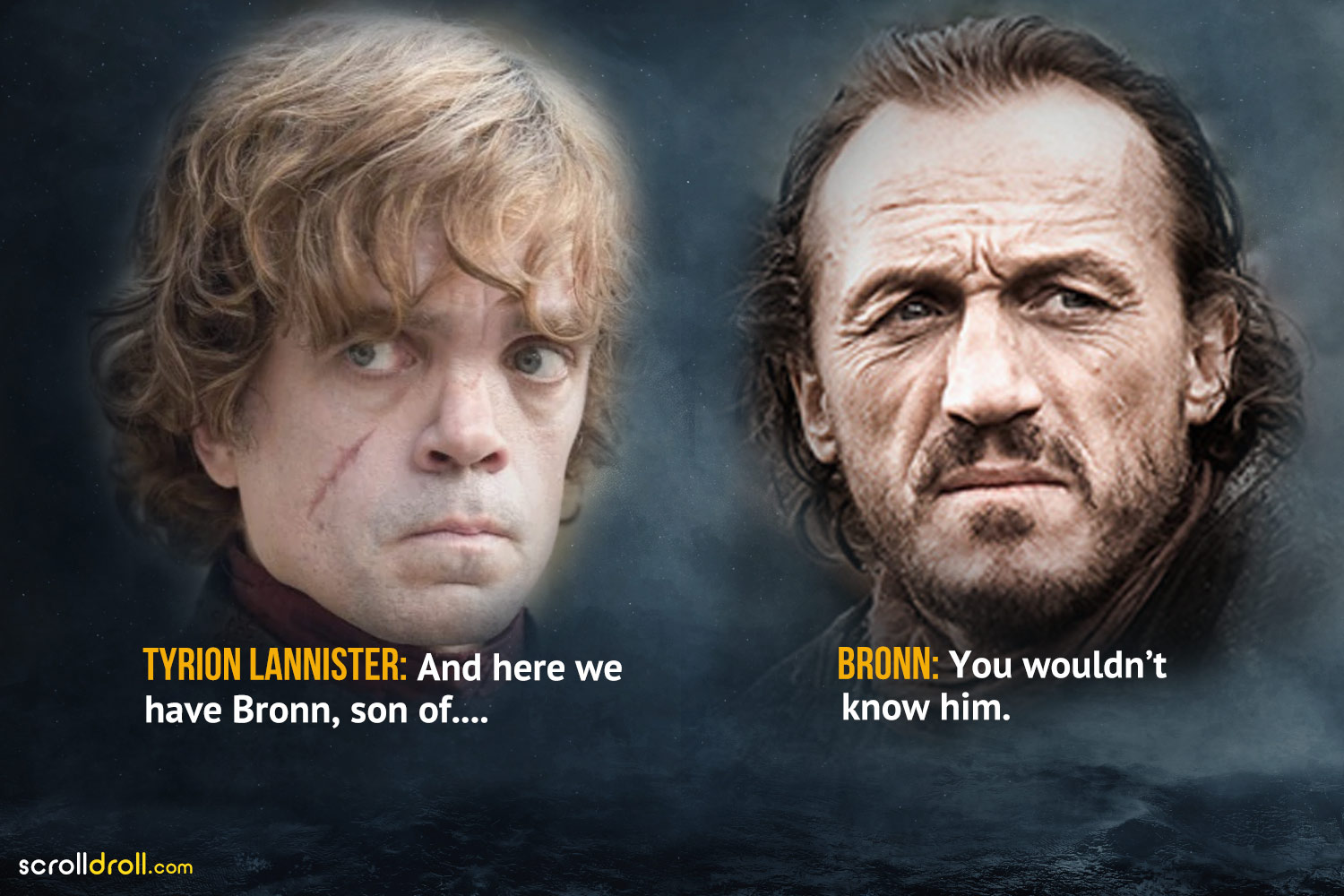 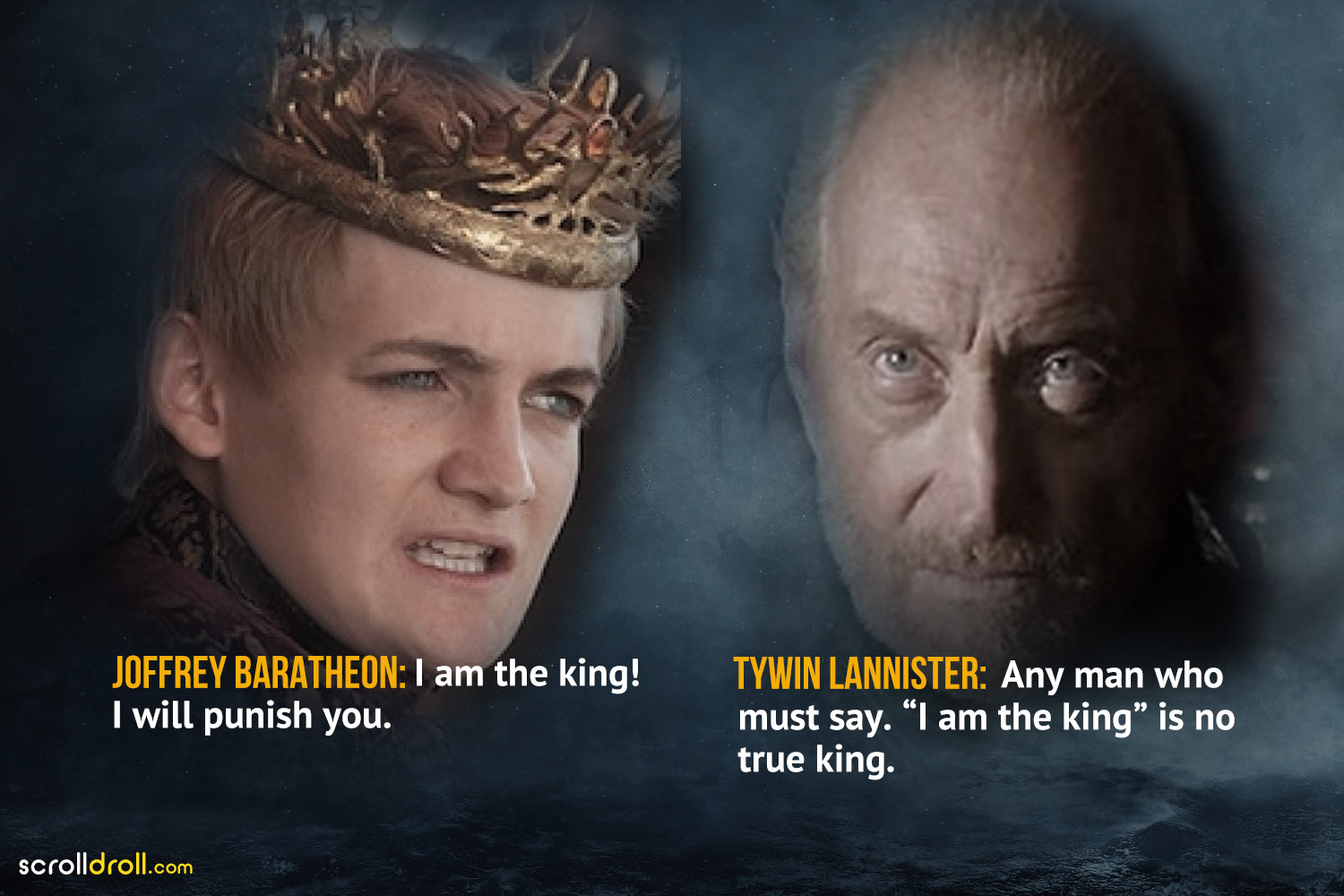 19. Lord Stark’s poise and calm were no match for Littlefinger’s provokes. 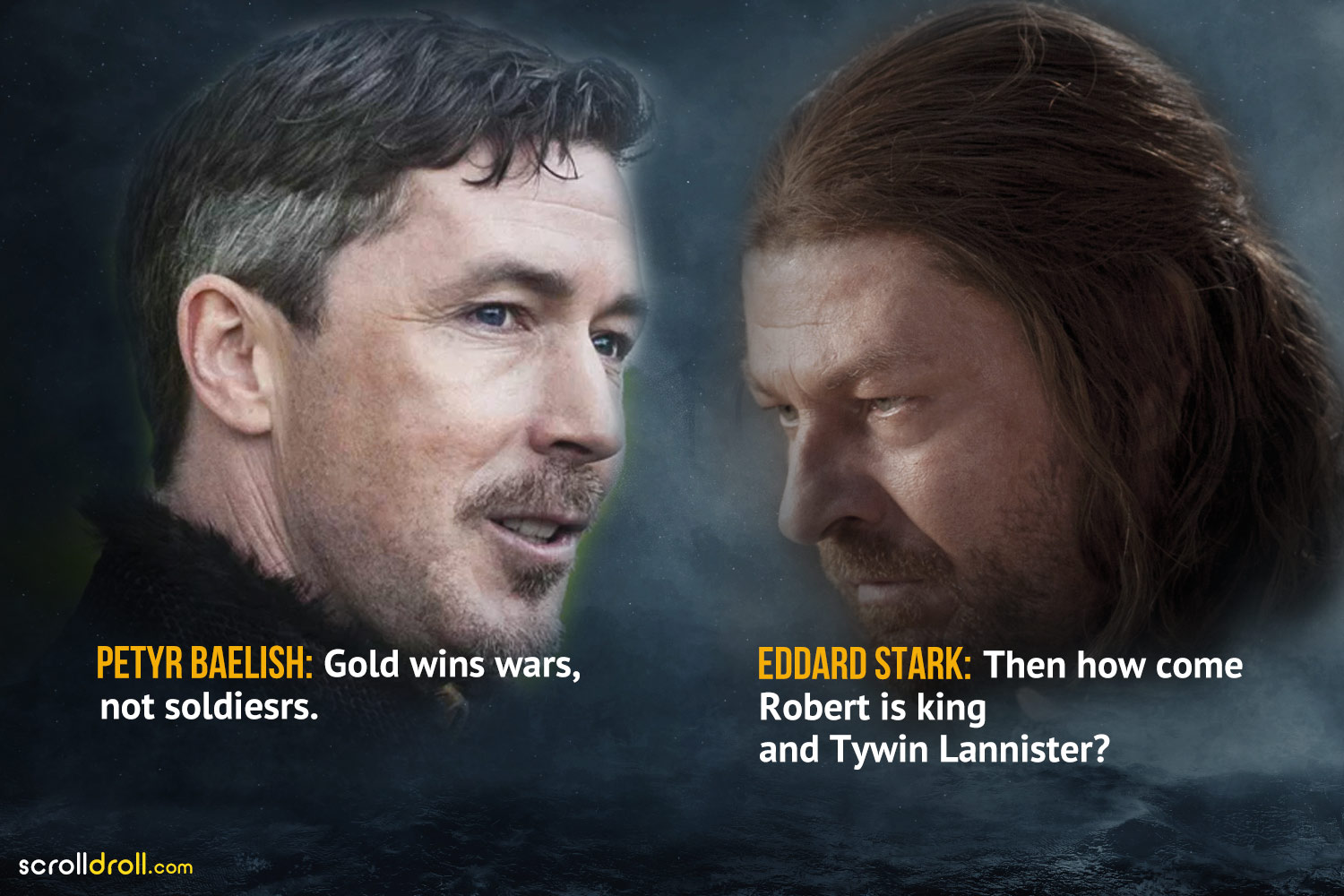 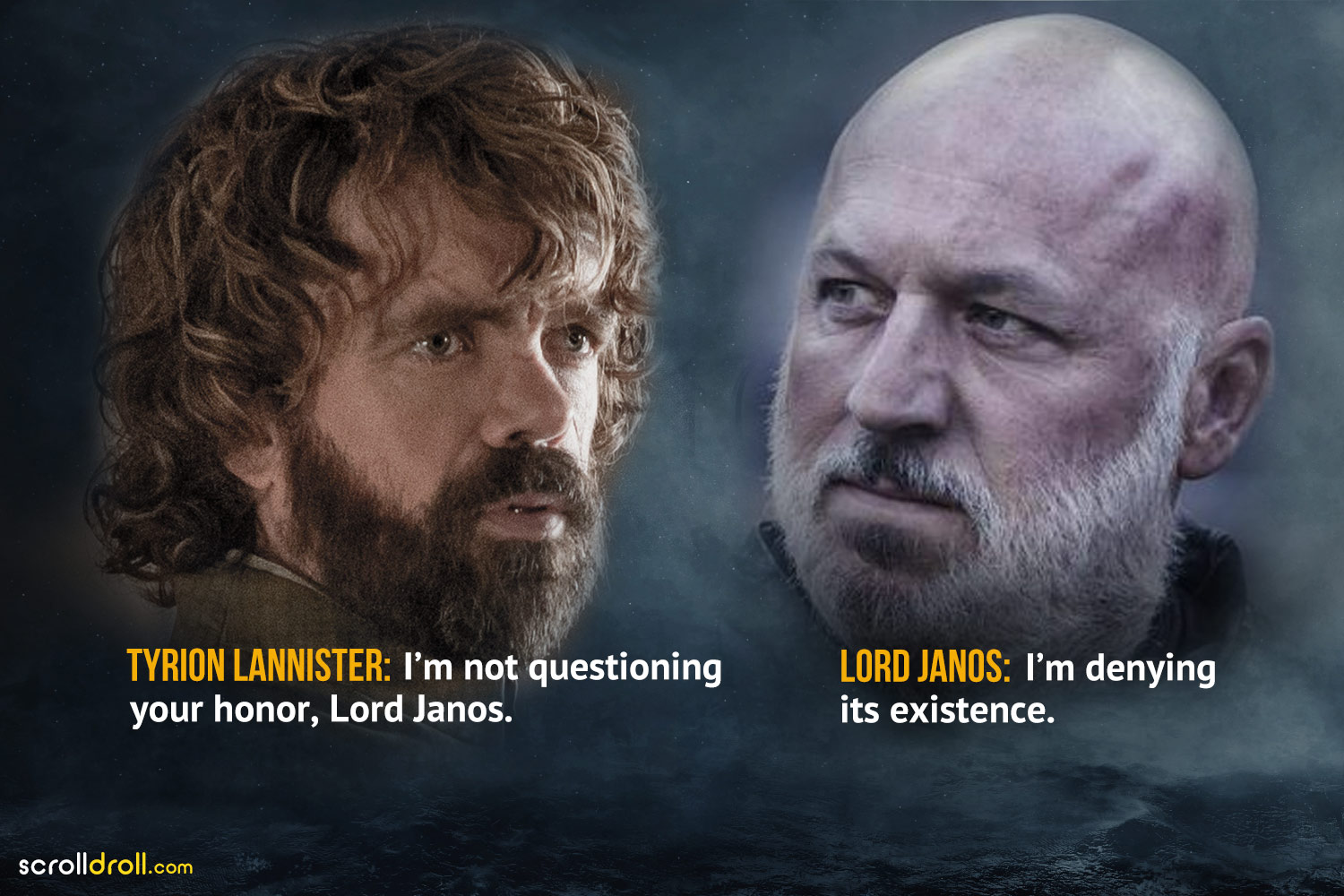 21. You can never defeat Tyrion in any debate. 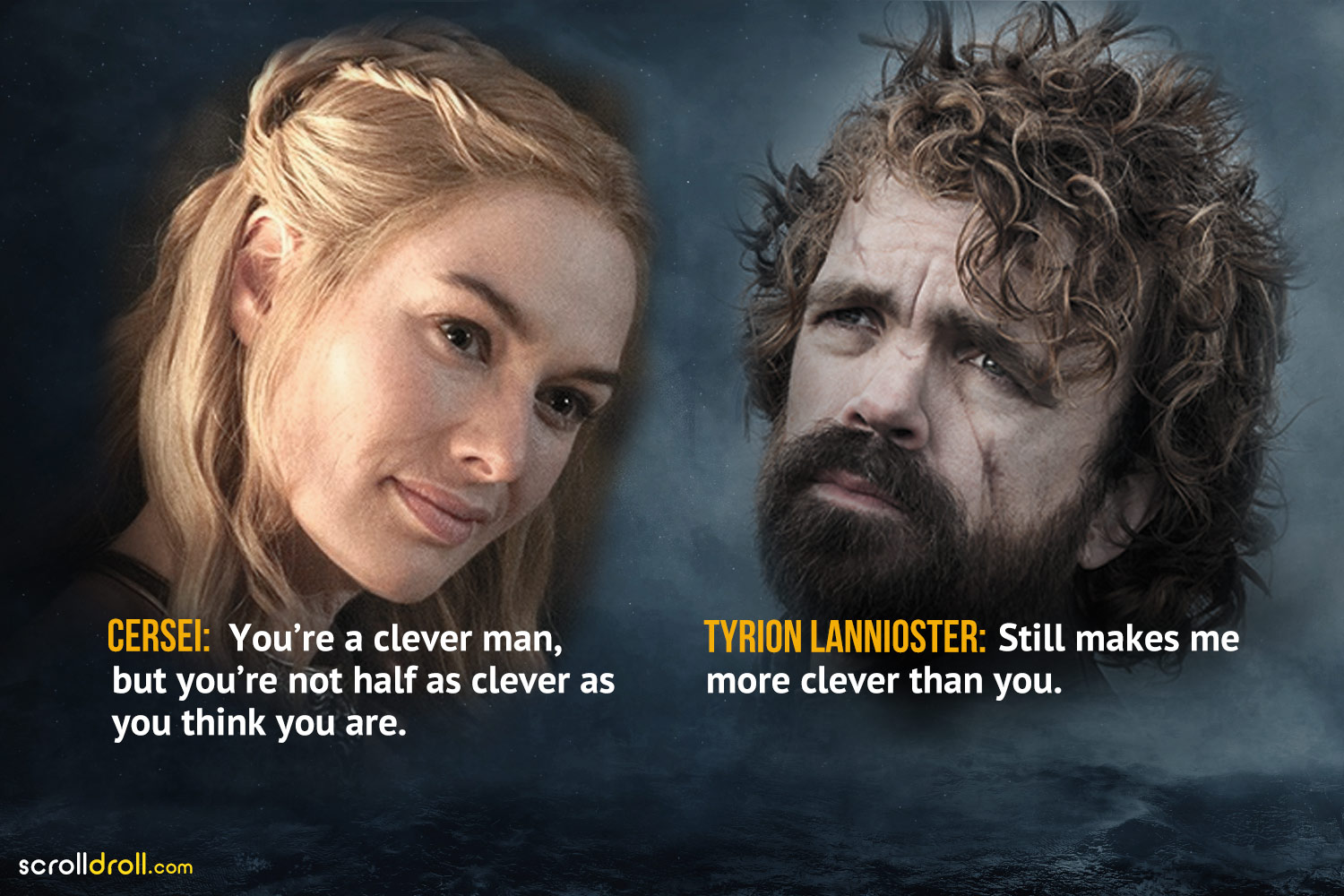 22. This was probably Tyrion’s coolest reply. 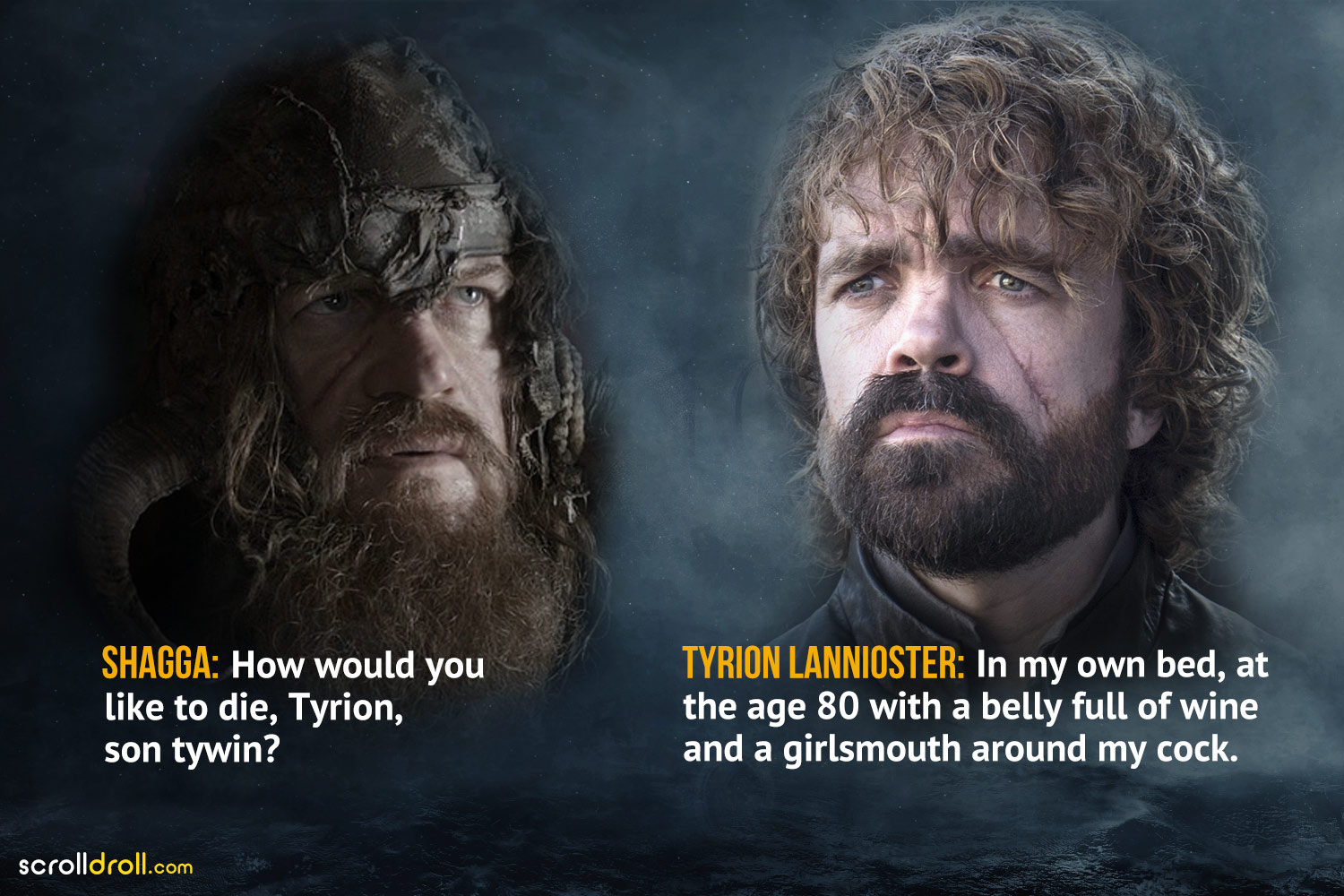 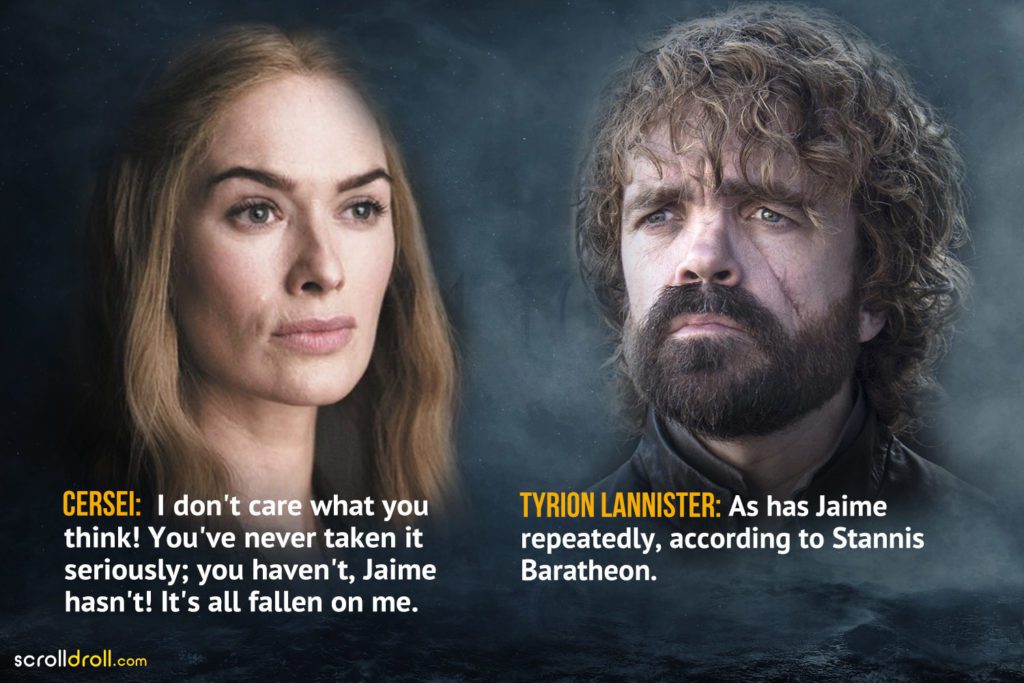 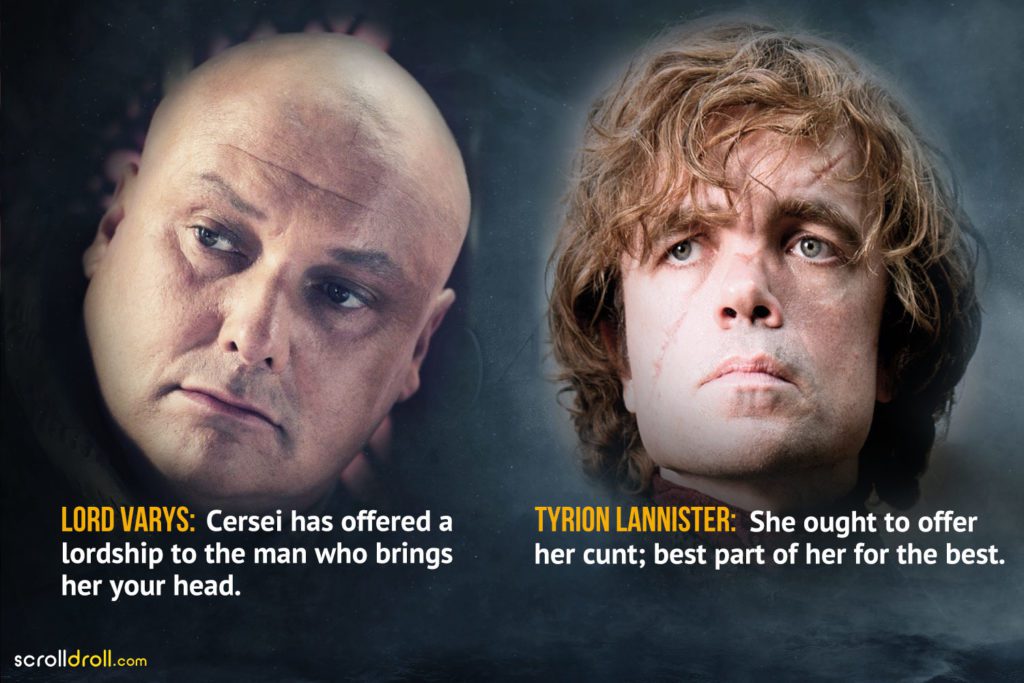 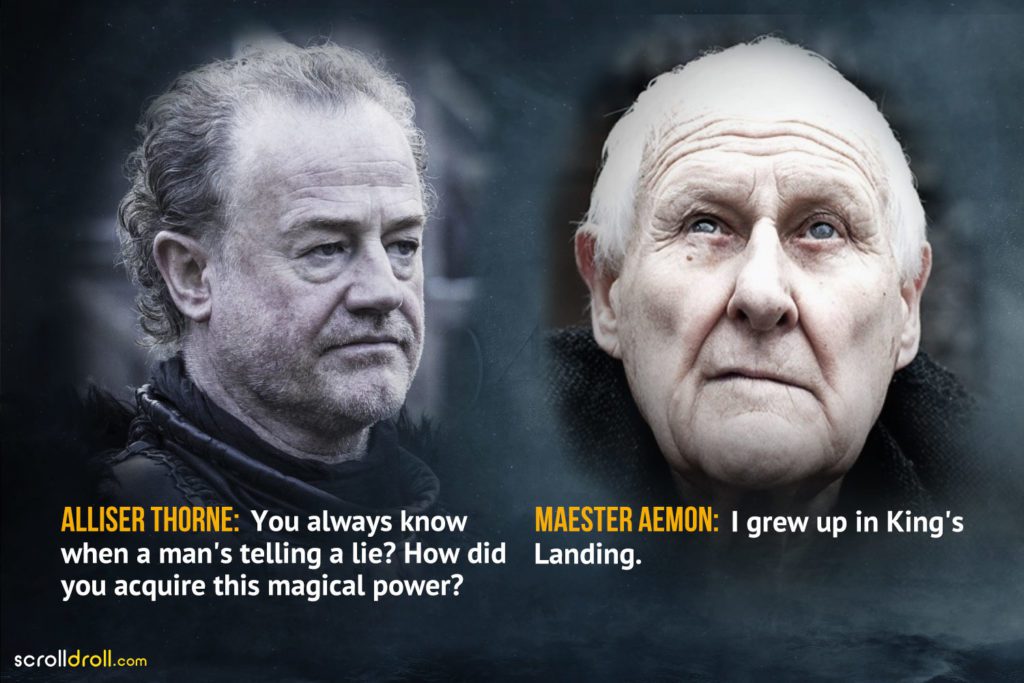 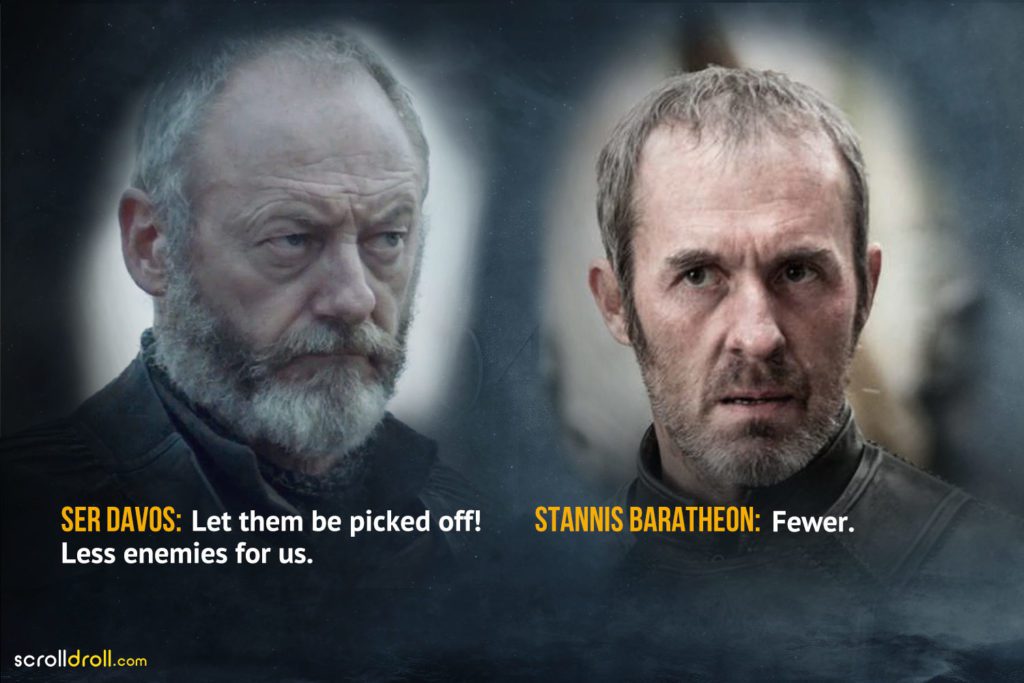 27. Let’s not get ahead of ourselves Khaleesi 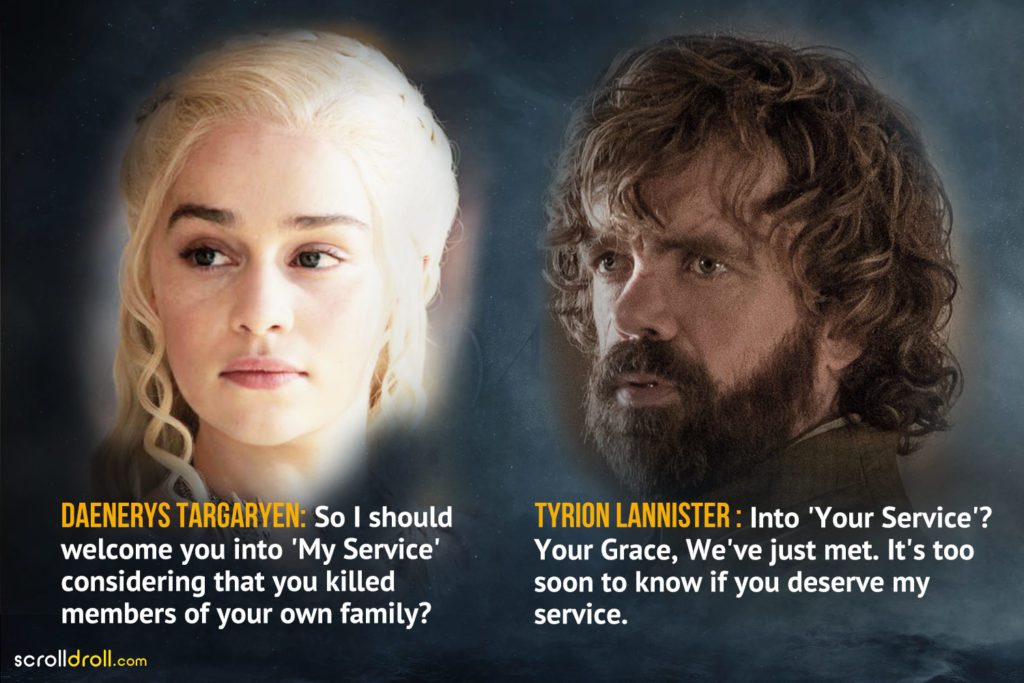 28. A hand of applause for Tyrion 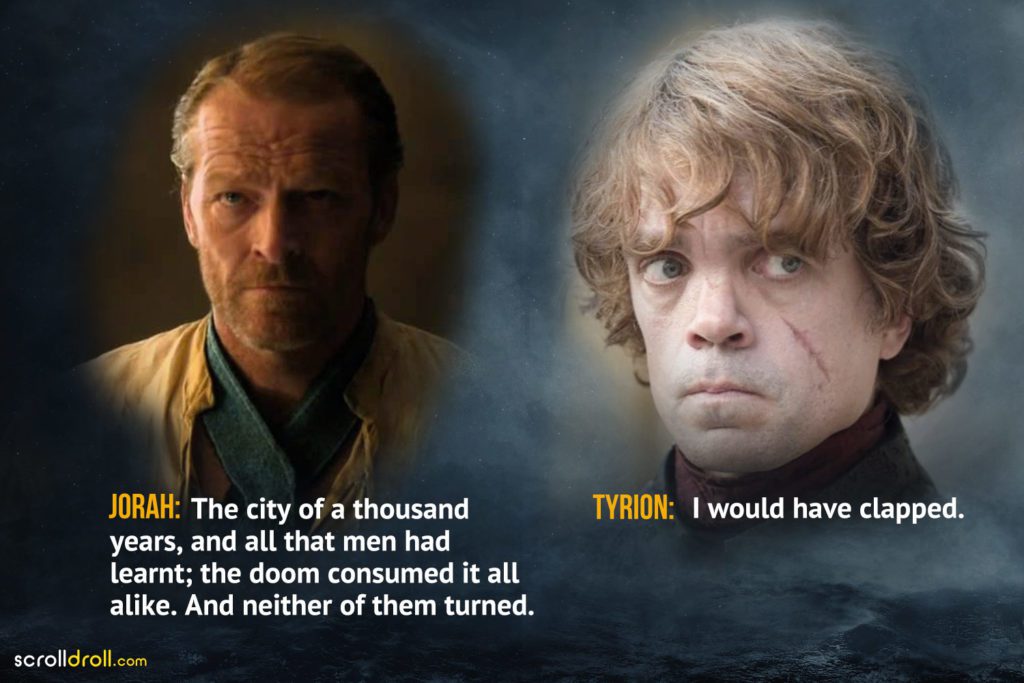 29. This exchange of thoughts between two great characters 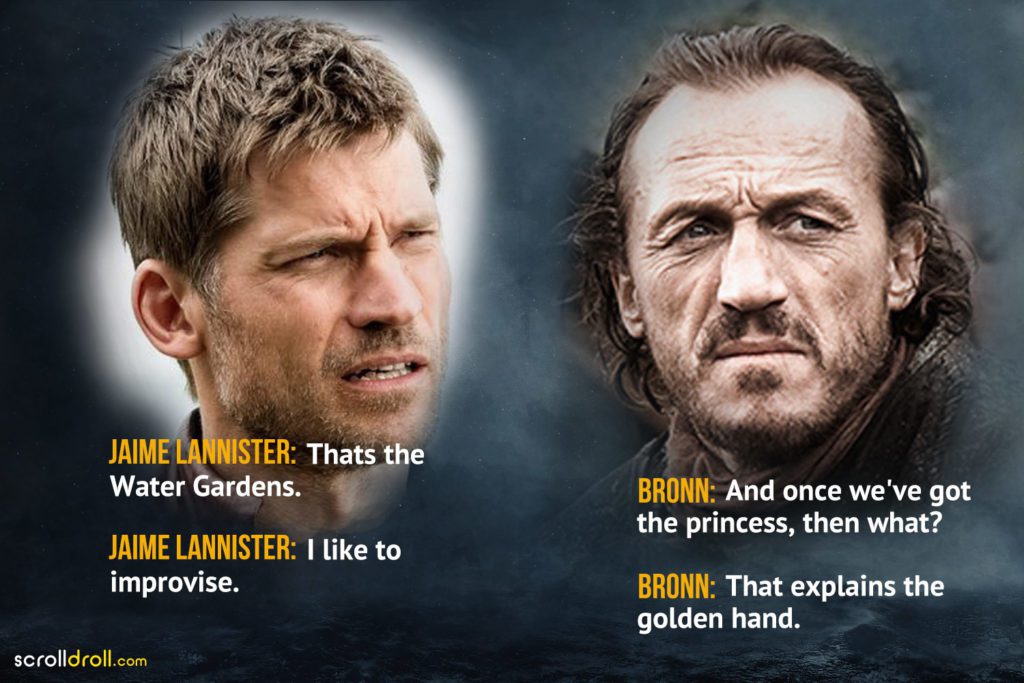 The show has some of the most powerful performances by actors like Lena Heady, Peter Dinklage, Kit Harrington, Aiden Gillen, Maise Williams and many countless others that make up the entire cast of the epic. I am sure this show will be remembered in history as a landmark of television entertainment and leave behind a might legacy that will be dfficult to challenge. Pease let us know how about our list of Witty Dialogues From The Game of Thrones in the comment section below. We hope you liked it.

Sustainable Mining Practices To Reduce The Negative Impacts On The Environment