This year’s World Cup is ever surprising. Not so famous teams made it to the end and football behemoths got out in the middle of the tournament. But FIFA is one competition that has sparked controversies and shockers since its inception. Be it faking injuries or making injuries, players go to insane lengths to bag that extra shot to win. So as you gear up for the big finals, we bring you the biggest FIFA World Cup controversies that left everyone shook! 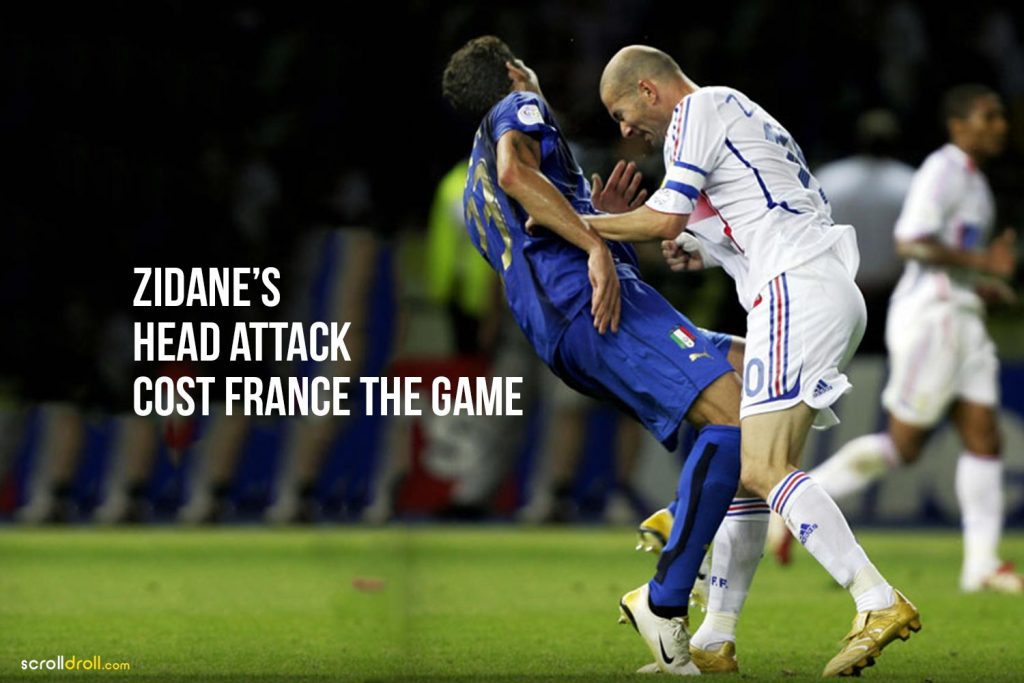 Zinedine Zidane rose from retirement to headline the French team. It was the finals when he and Italian defender Marco Materazzi were going towards the centre circle but suddenly Zidane headbutted him. That cost France penalties and eventually, the game. 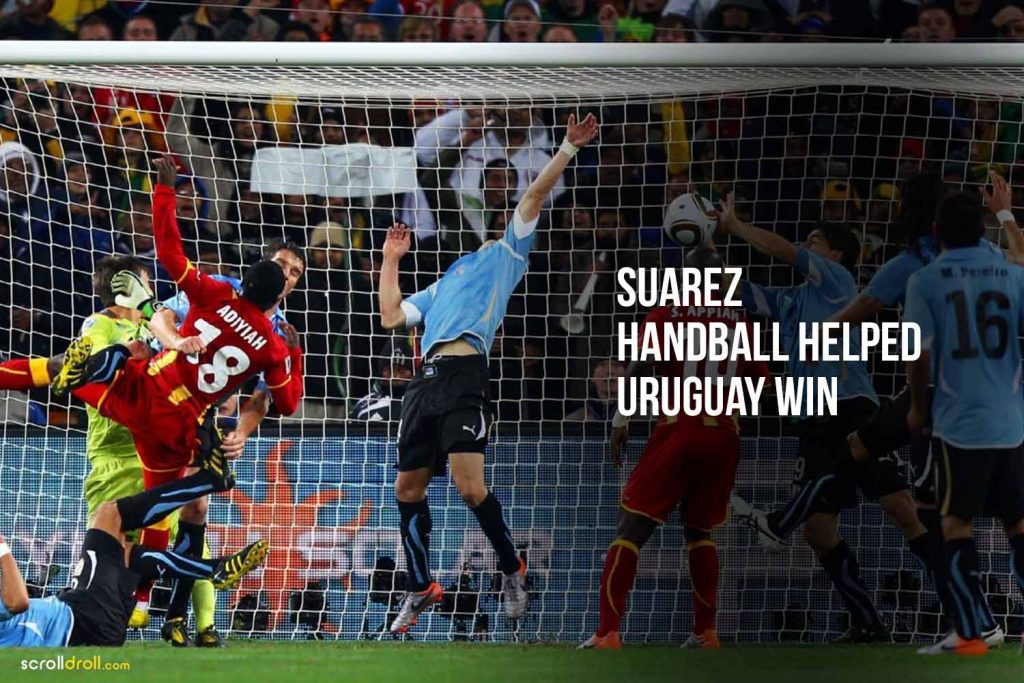 Whenever you club football with controversy, Luis Suarez is the first name that pops up. In the quarterfinals of FIFA 2010, Ghana was playing against Uruguay. Towards the end of the game, Ghana went for a goal, which Suarez blocked with his hand. What followed was a penalty which Ghana failed to convert and Uruguay emerged as the winner! 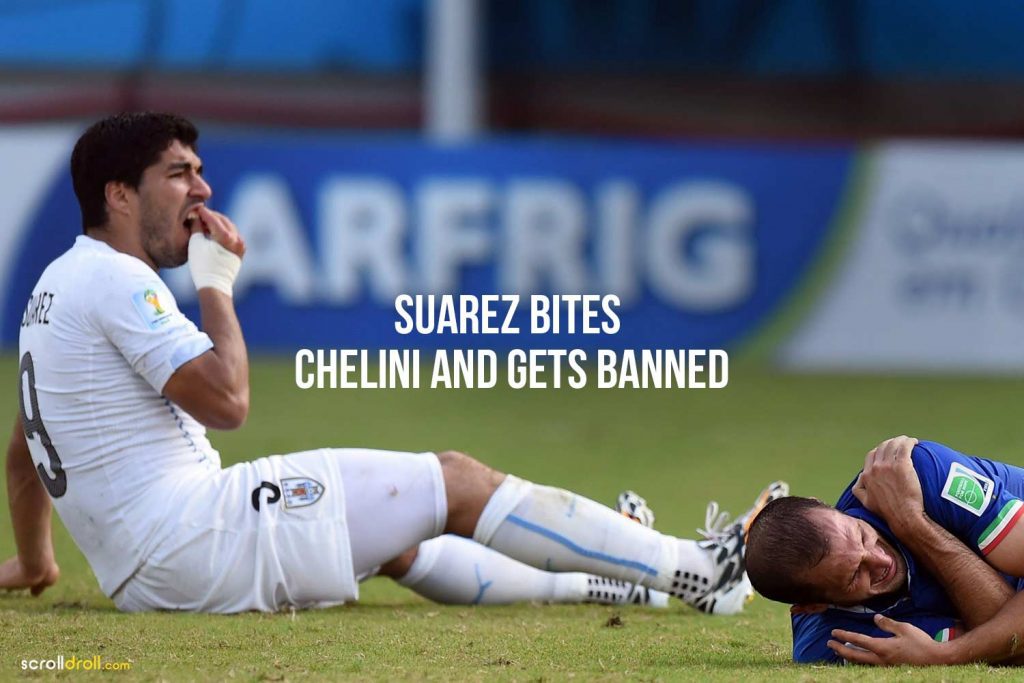 From the looks of it, Suarez seems to have a penchant for controversies. During the 2014 World Cup, Uruguay needed to beat Italy to remain in the tournament. In the 79th minute, Suarez bumped into Chelini in Italy’s goal area, ending up biting him on the shoulder. This toothy act banned Suarez for 9 international matches that followed. 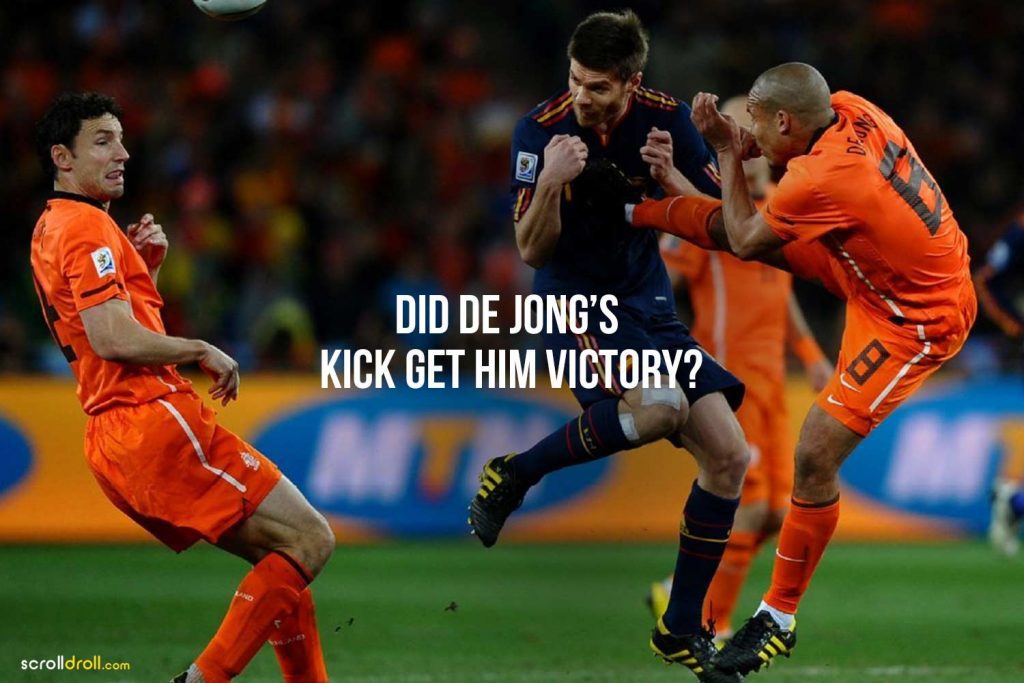 In the 2010 World Cup Final, one thing that prominently stood out was Jong karate kicking Xabi in the chest. Not even half an hour passed by when Netherlands midfielder, Jong flew a kick towards Spain’s Alonso. What followed was Spain’s victory, despite a kick in the gut! 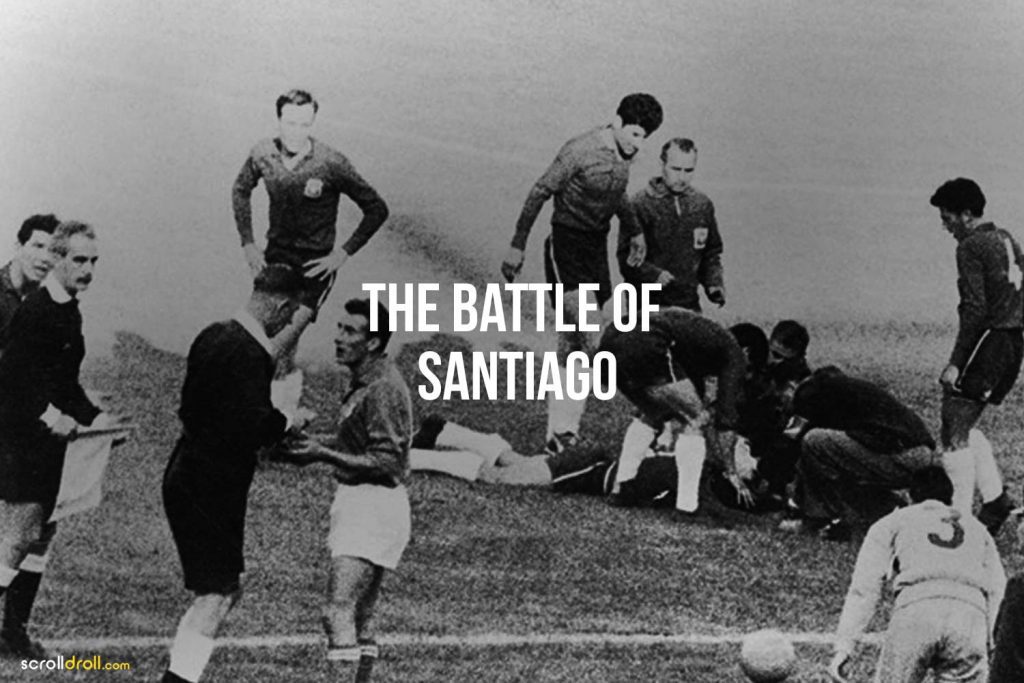 The 1962 match between Chile and Italy is infamous for the violence that went on. Within 12 seconds of the game, first foul came in. What followed were punches, kicks, and blood. To prevent serious injury, the police intervened three times. At the end, Chile emerged as winners amidst the chaos! 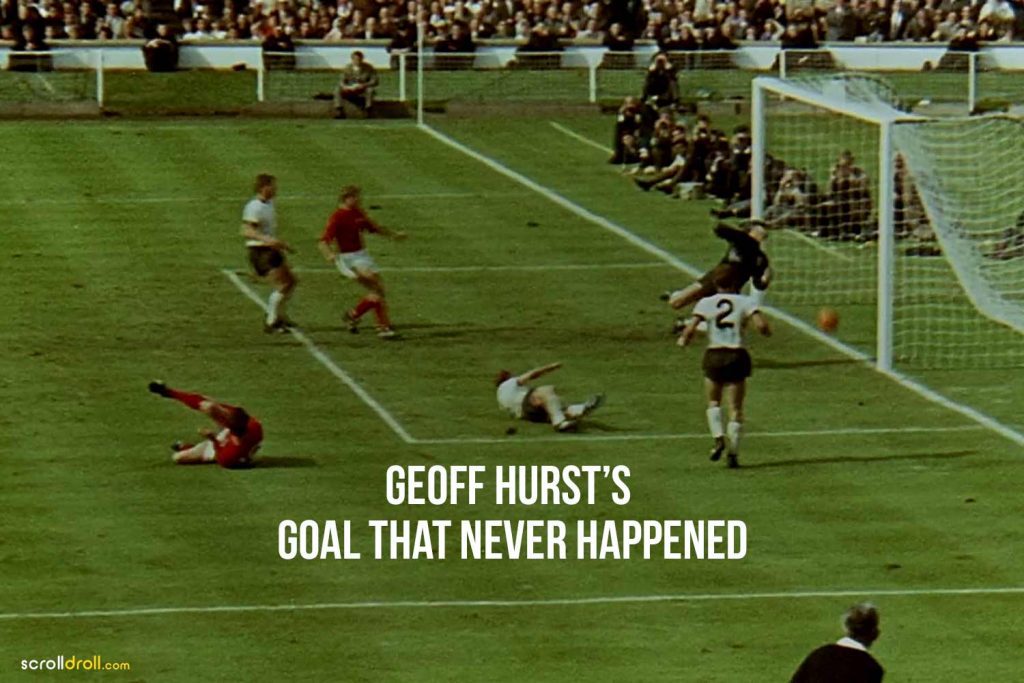 In the 1966 tournament, England was facing off West Germany. Geoff Hurst from England struck a goal from a close range, the ball touched the crossbar then bounced off the ground and later cleared. The referee wasn’t sure if it was a goal, hence asked his Azerbaijani linesman who opined that it was. After several years of studies, it surfaced that it wasn’t a goal after all. Although, Hurst goaled again and his team won by 4-2. 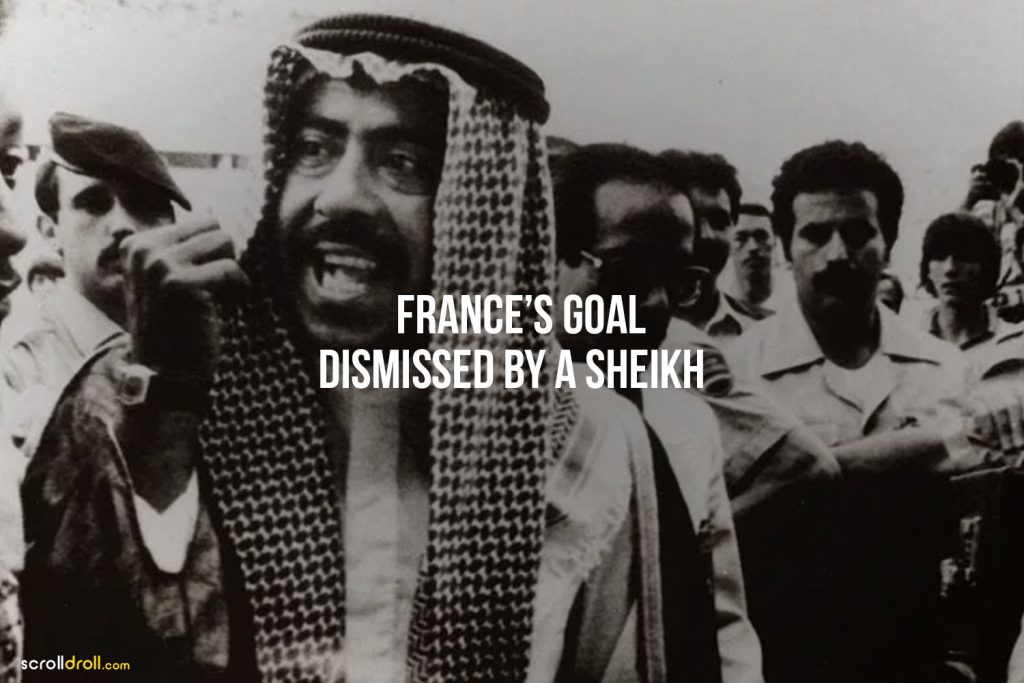 During the 1982 World Cup, Kuwait was hosting this match and facing France who was leading with 3-1. Mid game, when the opposition struck a goal, the Arab team claimed that they couldn’t block it because they paused to hear a mysterious whistle sound that came from the stands. When the referee didn’t take their plea into consideration, Prince Fahad (The Kuwaiti FA president), himself intervened in favour of Kuwait and got France’s goal chalked off! (Is this what you call a home advantage?) 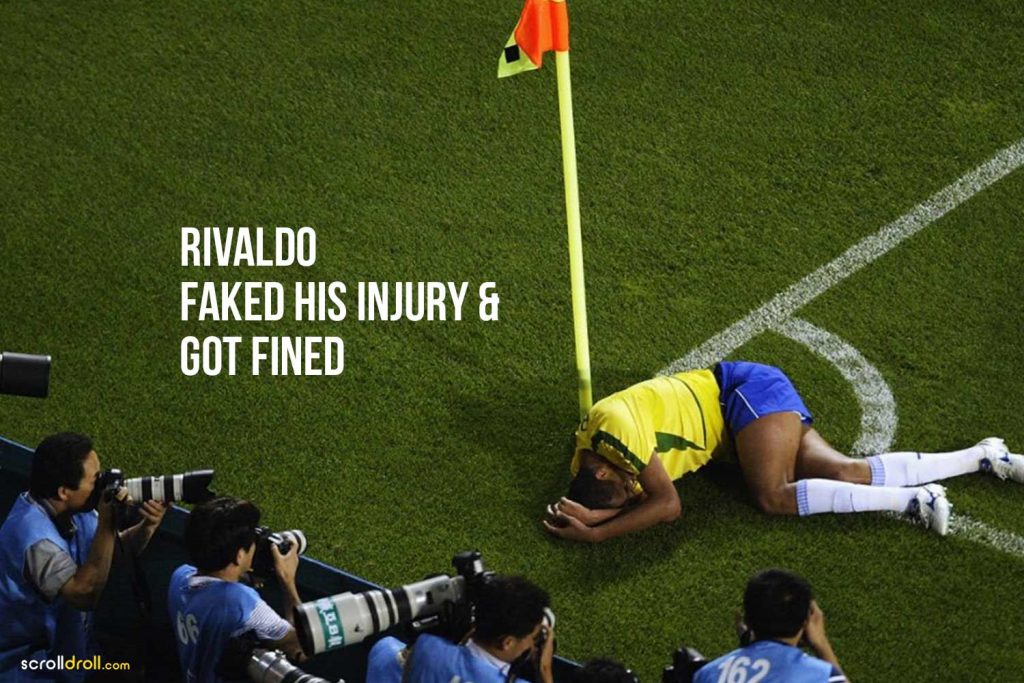 In 2002 World Cup, Brazil was facing Turkey. During the last minutes, Rivaldo was waiting for the ball beside the corner flag. HakanUnsal from Turkey hit the ball towards his direction which hit him in the leg. To this, Rivaldo responded by clutching his face and diving into the ground which was uncalled for as the ball barely hit him. This led to a red card for Hakan and later a fine of 11,670 Swiss Francs for Rivaldo for his act! 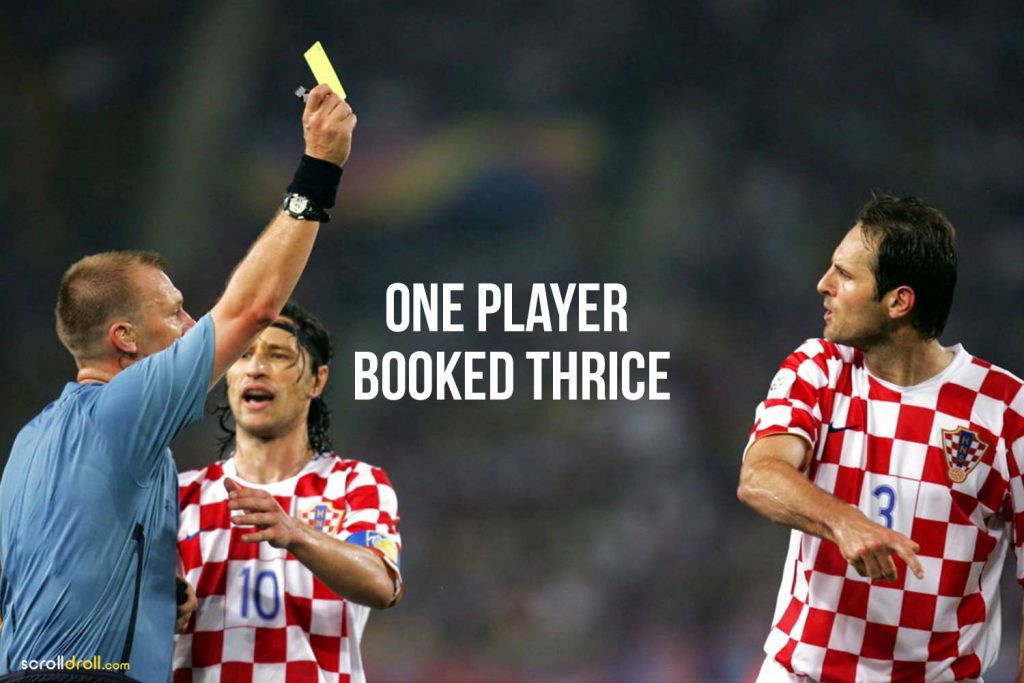 English referee Graham Poll got famous for triple booking one player. In the 2006 World Cup, Josip Simunic from Croatia was given a yellow card three times in a match against Australia. First in the 61st minute, then in 90th and finally in the 93rd minute, he was sent off!

10. Faking takes talent and I got plenty! 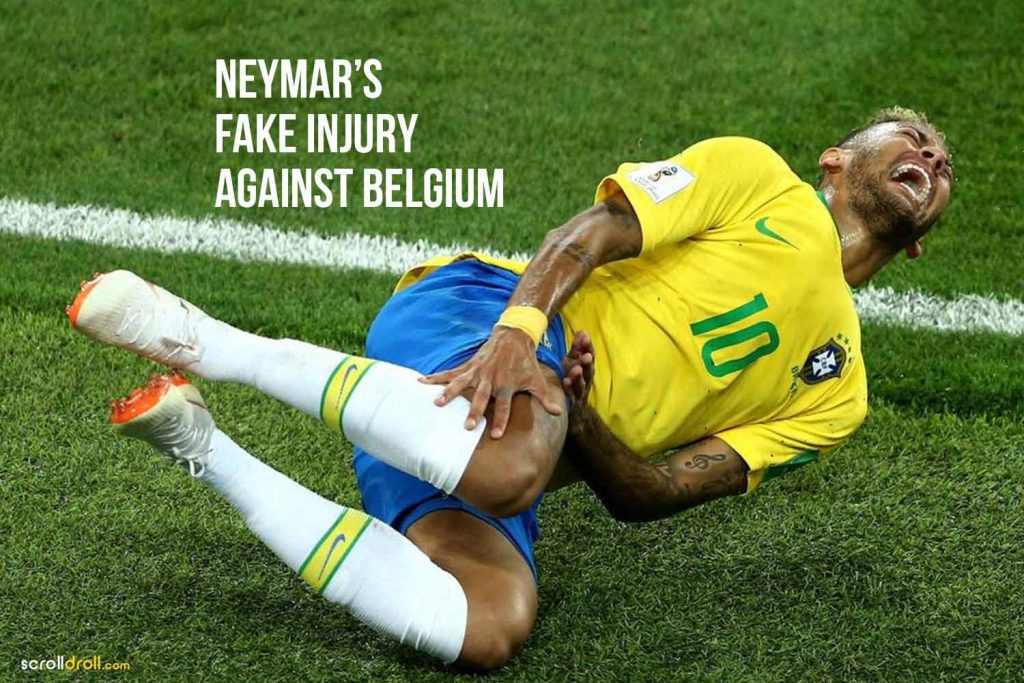 Not exactly a controversy but definitely a thing that’s currently breaking the internet. Brazilian football star, Neymar is famous for his tremendous play and infamous for the theatrical display of injuries on the field. His most recent drama surfaced when Brazil was playing against Mexico in this year’s world cup. After Miguel Layun accidentally stepped on his ankle, he writhed on the ground displaying excruciating pain. Eventually, this didn’t help Brazil as it ended up losing but Neymar became the face of many many memes.

Looks like everything is fair in love and football. Do you think these players went too far? Let us know in the comments below!

A Heavenly Trek To Deoria Tal In Uttarakhand