Almost exactly a year ago, the internet was abuzz with talks of a certain Kefir. Was it the fermented milk drink consumed by the Russians that had suddenly gained popularity for its health benefits? No, it was actually Kefir, that was touted as the world’s biggest cat, whose pictures were doing the rounds on social media. Like the drink, it is also milky white and Russian. But people were taken aback by its massive appearance, as social media users saw the cat’s owner pick it up like a toddler. 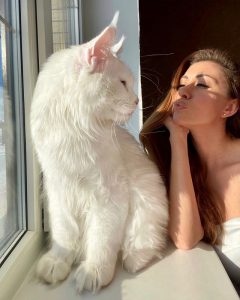 Kefir belongs to Yulia Minina, who lives in Stary Oskol, Russia. In 2022, he was almost two years old and weighed around 12.5kgs when the internet took notice of him! Pictures of the cat were scrutinized and people would wonder whether the pictures of the cat with his owner were real or not. Following this, Minina clarified that she does not use Photoshop and that her cat really is as big as he seems.

She herself had not anticipated the size that Kefir would grow to become. Although Maine Coon cats, which is the breed that Kefir belongs to, grow to become some of the biggest cats, the extent of his growth was unexpected. He was already heavier than most Maine Coons at the age of 2, and still had 2 more years of growing left in him. Minina is often asked whether her cat is actually a dog, especially when new guests come to visit.

However, although he looks big and scares some people, Minina talks about her cat lovingly and says that he is actually very modest and affectionate. Real teddy bear energy, huh? Of other qualities of his nature, Minina says that he is smart and calm, allowing friendly guests to stroke him softly if they wish to do so. 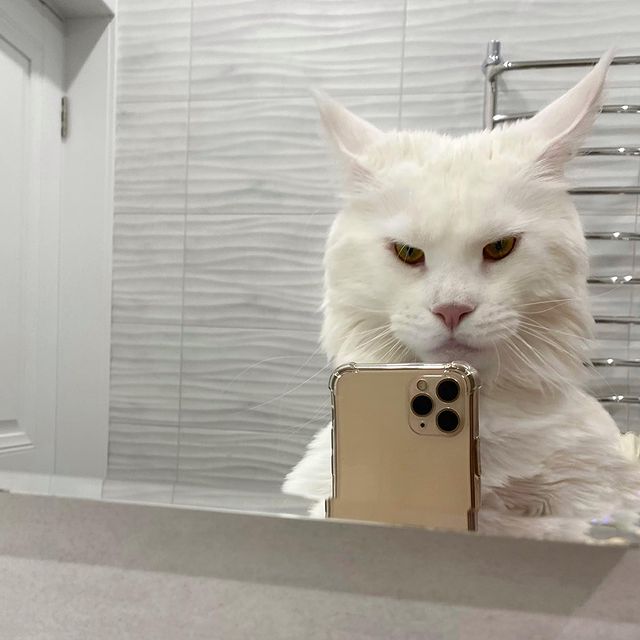 Due to his massive size, cuddling with her cat has become slightly difficult for Minina. When Kefir was younger, he would quietly climb up her bed at night and lay down on top of her. However, now that he is bigger, trying to do the same thing ends up with Minina becoming breathless due to suffocation. Nonetheless, Minina will surely find a way to accommodate him on her bed just like any of us would if we had adorable Kefir.

Did you know about Kefir, the world’s biggest cat before today?

Read also: 14 Adorable Facts About Animals That Will Melt Your Heart