In the last few years, Facebook has become such an integral part of our lives. Facebook has achieved the coveted dominant position, making it the most popular and indispensable part of our social networking as well as our business. Since its inception in 2004, it has become a craze. If you’re not on Facebook these days, you’re probably invisible in the virtual world. But, aside from that, what are some facts about this social networking site that you may not be aware of? Here are some interesting facts about Facebook!

1. Are you aware of Facebook’s massive user base?
Facebook claimed 2.8 Bn monthly active users as on 2020 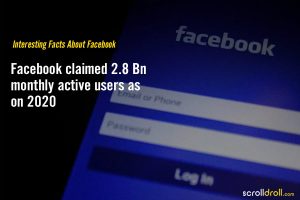 2. The logo is blue for a specific reason.

Why blue instead of another colour? The colour scheme was not chosen at random, and there is a good reason for it. Because Mark Zuckerberg is colourblind to red and green, blue is his favourite colour. “Blue is the richest colour for me — I can see all of blue,” he said in an interview. 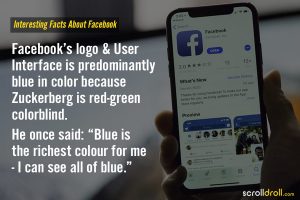 3. It was originally launched as Facemash

FaceMash was launched in 2003, developed by Mark Zuckerberg; when he was studying at Harvard. The website was set up as a type of “hot or not” game and allowed visitors to compare two female students’ pictures side by side and let them decide who was more attractive. The idea didn’t impress the Harvard administration and the project was shut down. 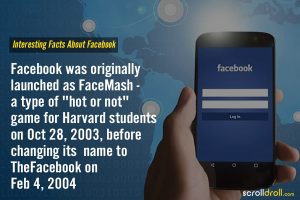 4. The social network TheFacebook.com launched in February 2004
The idea was to create a student directory for Harvard students where they can search for other Harvard students. They can also check each other’s class schedules and the club they belonged to. Within 24 hours, 1,200 Harvard students had signed up, and after one month, over half of the undergraduates registered on the website. 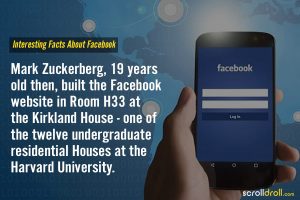 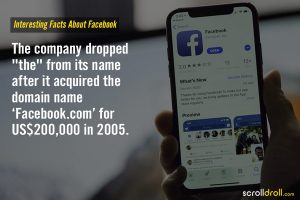 Here’s one of the interesting facts about Facebook we bet you didn’t know. The first face of Facebook was Al Pacino, an American actor. The website featured a header image with a man’s face obscured by binary code. The man’s identity was obscured at first, but it was later revealed that the face belonged to acclaimed actor Al Pacino. 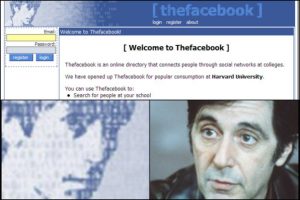 6. The “Like” button used to be referred as “Awesome” button during development

According to Andrew Bosworth, a Facebook engineer, he and other engineers were enthusiastic about the “Awesome” button, but Zuckerberg vetoed the idea in 2007. The site eventually settled on the “Like” button, which received a lukewarm response, according to Bosworth. 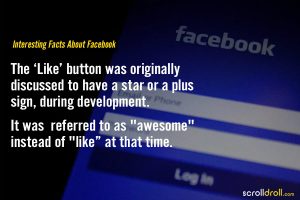 Google, Microsoft, and Yahoo have all expressed an interest in purchasing Facebook. They made several offers over the years but were unable to reach an agreement with Facebook. Google tried several times in the summer of 2004 to buy or at least negotiate a deal with Facebook. Although Google never received a deal, its offer to invest in Facebook at a $15 billion valuation was beneficial to Facebook’s reputation at the time. 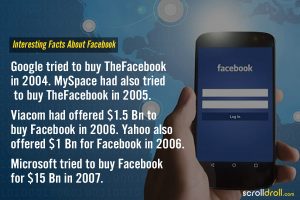 The next one on the list of interesting facts about Facebook is kind of strange. Mark Zuckerberg is unblockable on Facebook. You can no longer block his wife, Priscilla Chan. The saga began in January when it was discovered that Zuckerberg’s account was unaffected by the block button. You can “block” the Facebook CEO, and the site will ask you to confirm your intentions (you can almost see the puppy dog eyes) – but if you do, a warning will appear, saying something along the lines of “this profile cannot be blocked for the time being.” 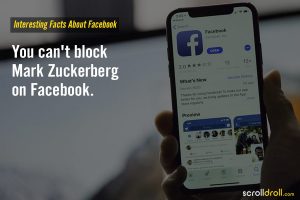 9. By adding the number ‘4’ behind the Facebook URL takes you to the wall of founder and CEO Mark Zuckerberg. 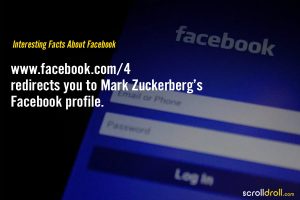 10. Peter Thiel was the first major investor to invest in Facebook.

Peter Thiel – co-founder of PayPal is an entrepreneur and philanthropist from the United States. Thiel was the first person to invest in Facebook in 2004. He bought a 10.2% stake in Facebook for $500,000 and joined the board of directors. 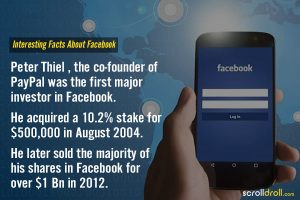 11. Facebook is now available in over 100 languages across the Globe.

This fascinating fact had to make its way into our list of interesting facts about Facebook. Did you know that more than half of all Facebook accounts are set up in a language other than English Facebook has over 100 languages to choose from, which makes it convenient for non-English speakers. 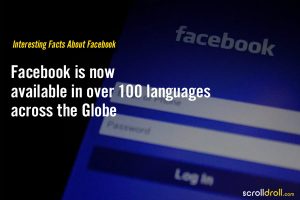 The largest population on Facebook is from India with over 450 Mn users followed by United States, Indonesia and Brazil 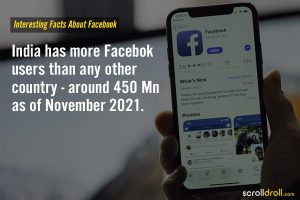 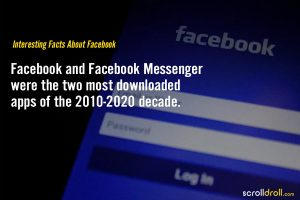 Cristiano Ronaldo, a Portuguese footballer, is the most liked person on Facebook as of April 15, 2022, with 151 million likes, trailing only the Facebook App page (173 million likes) and the Samsung company page (161M Likes). 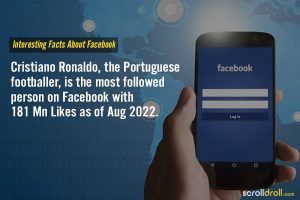 You can be paid by Facebook if you can find security flaws in Facebook. The program has been running since 2011 where external researchers improve the security and privacy of Facebook products and systems by reporting potential security vulnerabilities. 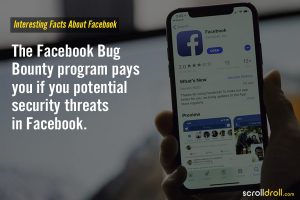 17. The Social Network – A 2010 American biographical drama film portrays the founding of Facebook. 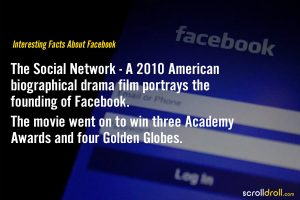 18. Huge amount of data every day 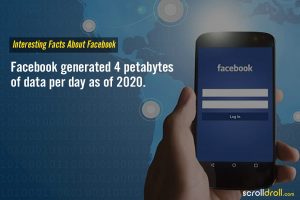 On January 25, 2011, the Egyptian revolution, also known as the 25 January revolution, began and spread across Egypt. During the Egyptian revolution, they participated in Facebook forums and were part of the revolution’s leadership. The case drew national attention thanks to a Facebook page called “We are all Khaled Said.” Asmaa Mahfouz, 26, has urged Egyptians to join her in Tahrir Square on January 25th to bring down the Mubarak regime. Mahfouz’s use of social media and video blogging went viral. The event’s Facebook group attracted 80,000 members. (Source) 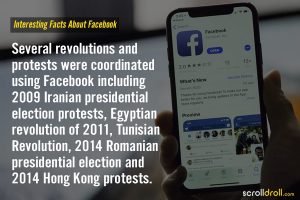 20. Ownership over the most popular apps 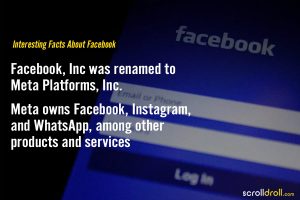